He's not just a Fantastic Four foe - he's his own man 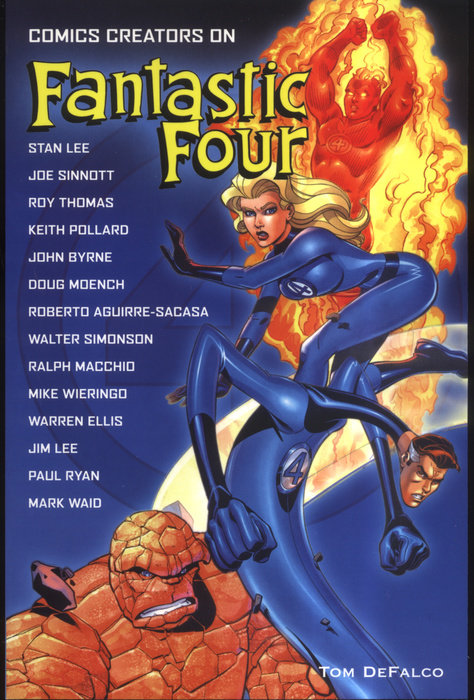 Tom DeFalco : I know it was only for the one story, but you then replaced the entire Fantastic Four ! What inspired you to change things around so drastically ?

Walt Simonson : Well, that’s funny. Actually, I just read a thing online where (writer) Kurt Busiek gives his version of what happened. Kurt was involved, too, see, and what’s interesting is that his recollections and mine are not quite the same. I mean, they’re not too far off and it’s cool, but I’ll give you my version. 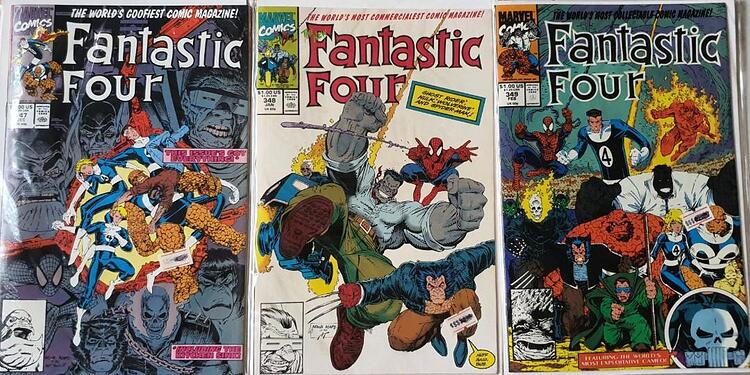 The way I remember it, I was running late, and I wanted to get some fill-in issues done to help me catch up. It was really a fool’s dream, because you think you’re going to use that time to play catch-up, but it never happens. But it was my honourable intention at the time. Art Adams was and is a good friend, and a phenomenal artist to boot, so I asked him if he’d be game to do a three-part FF story, and he agreed. Around the time this was happening, Spider-Man was very hot, and I thought it would be kind of fun to guest-star Spidey in the book. That was how it started. 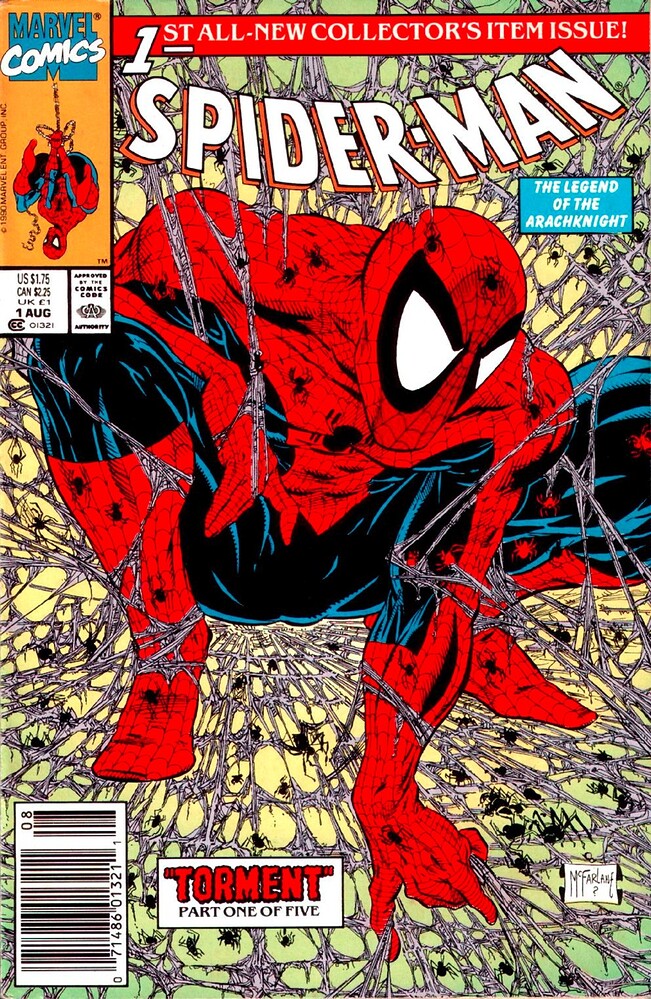 At some point, I went down to Carol Kalish’s office on the tenth floor. I knew and liked Carol a lot. I thought she was really sharp. Every so often I just wandered into her office and kept her from doing any work by talking to her. I’d like to find out what was going on in the biz and get her perspective on it, because it was a different perspective to mine. 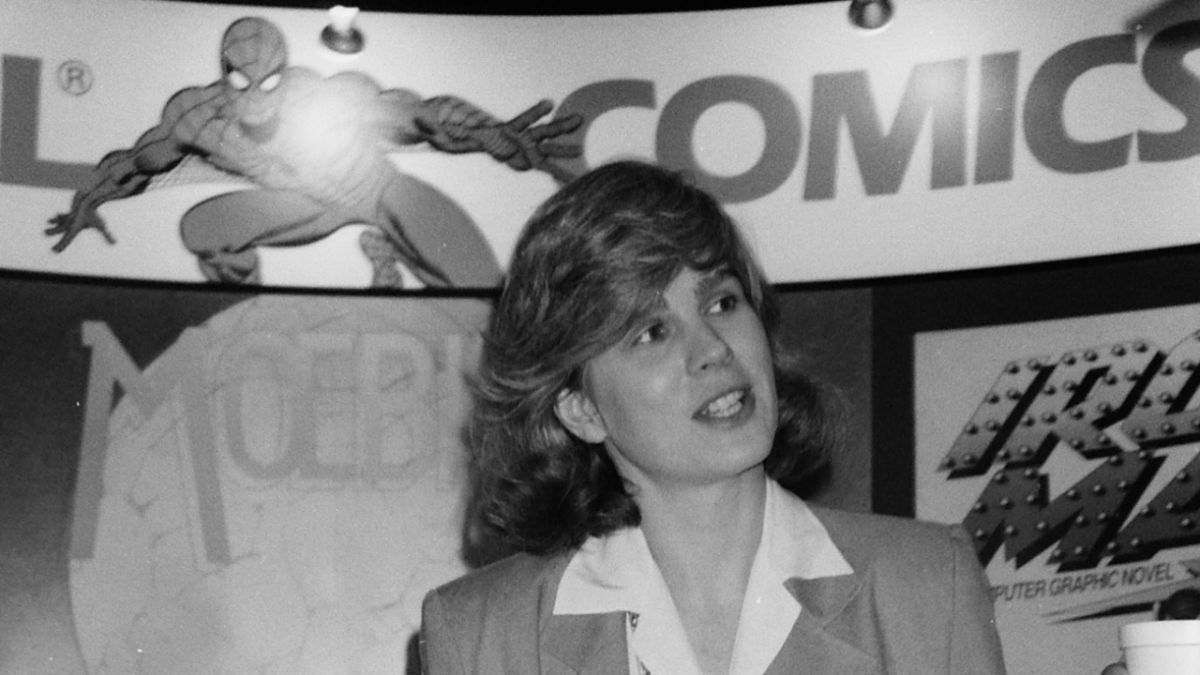 An oral history of Carol Kalish: the most important comic book figure you've...

So I was talking to Kurt and Carol ; I don’t remember who else, thought there were two or three people sitting around, shooting the breeze. I told Carol that I was thinking about getting Spider-Man into Fantastic Four, and Kurt was like, « Well, if you’re gonna use Spider-Man, you’re gonna have to use Ghost Rider, the Punisher and Wolverine », because at that time, those were all the hot characters - and we all cracked up. 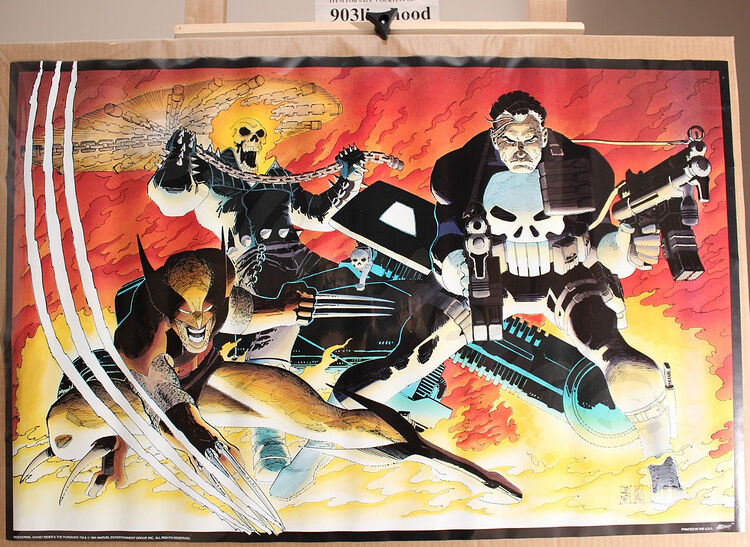 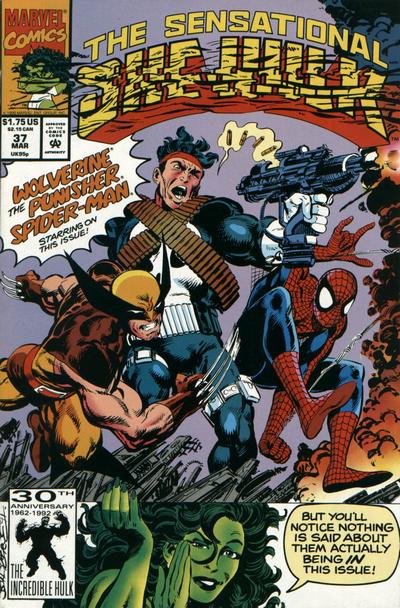 Now, my memory is that it was said pretty much in jest, but I went home that night, and I felt like Jon Lovitz on Saturday Night Live - « Spider-Man, yeah, Wolverine, yeah, that’s the ticket ». So I called Art (Adams) up and I said, « How about if we use these guys ? » 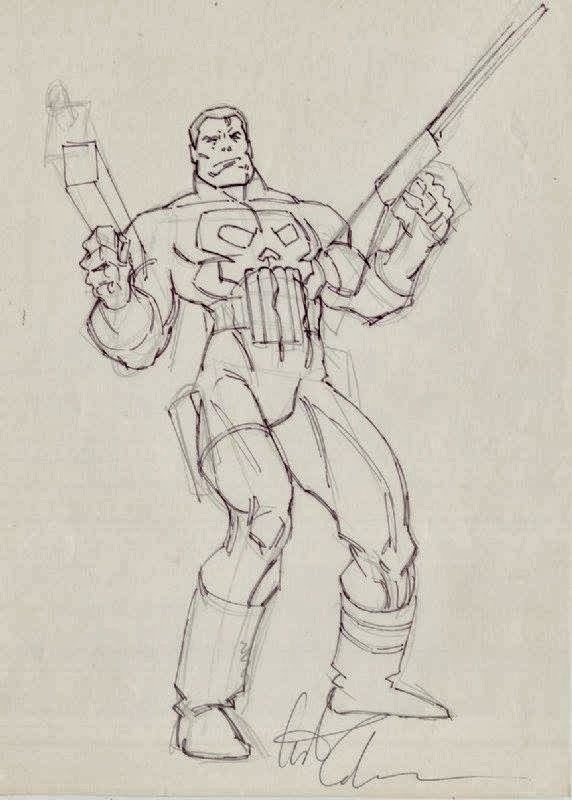 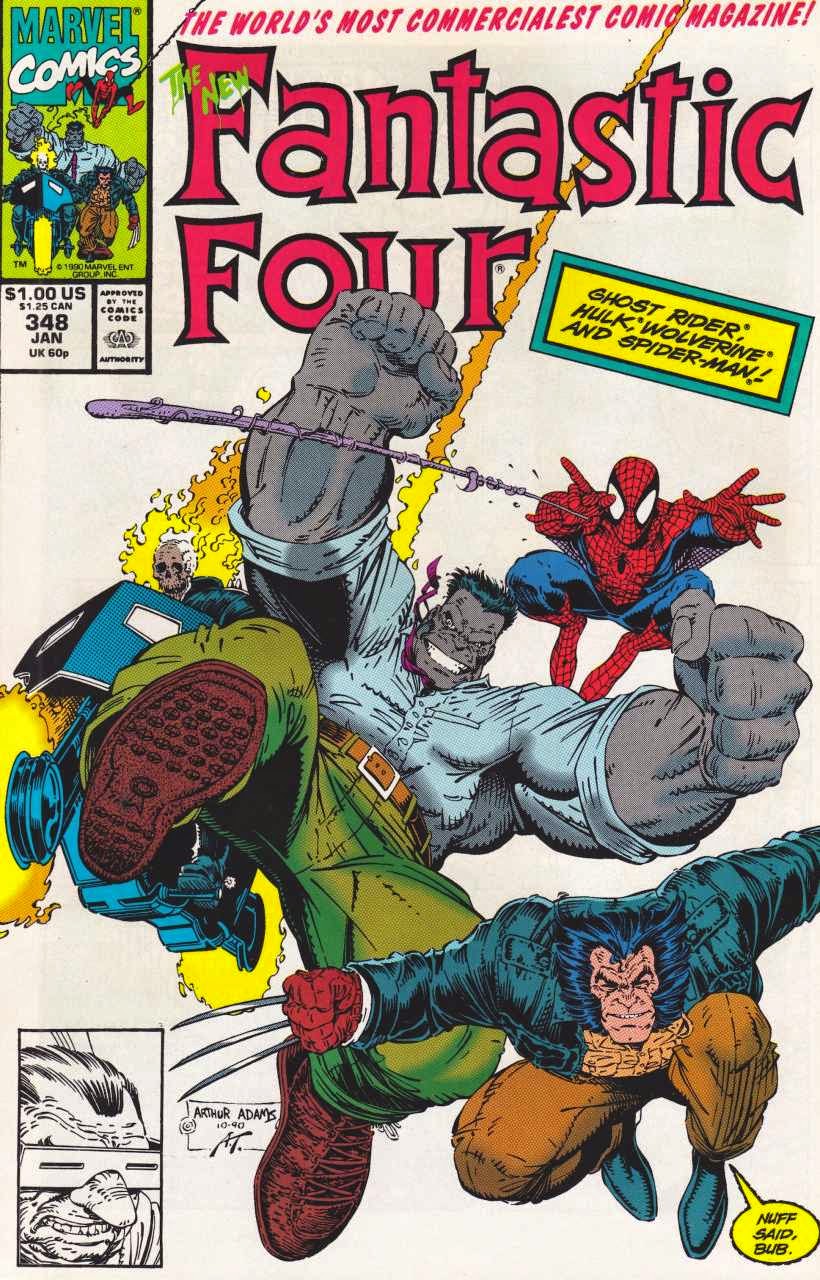 So then I had Spider-Man, Ghost Rider, Wolverine and the Hulk and at some point after we had arrived at those four, I thought, « Wait a minute, we’ve got four guys : the Hulk’s kinda like the Thing, Ghost Rider’s kind of got like a flaming head like the Torch. Spidey’s a science geek like Reed. » However, wether we were gonna make Wolverine into Sue or not… well, I’m not gonna go there. 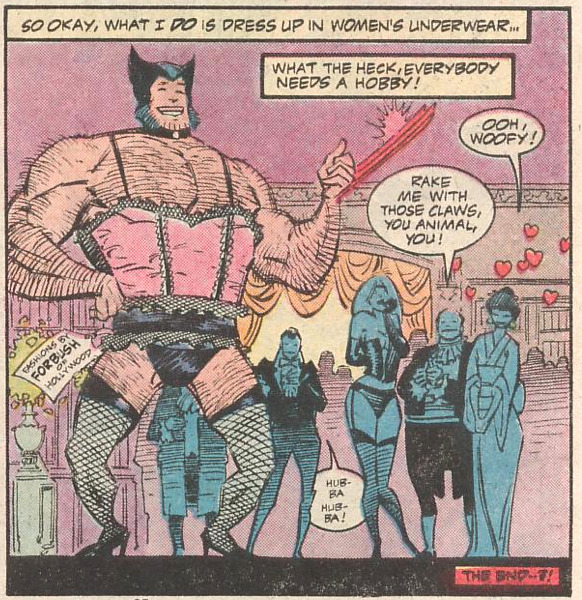 There was a certain amount of lightweight correspondence, and the light bulb went off. I had four characters, and there was some correspondence - perfect ! So the idea that we were doing a new FF was the very last thing I thought of for that story. 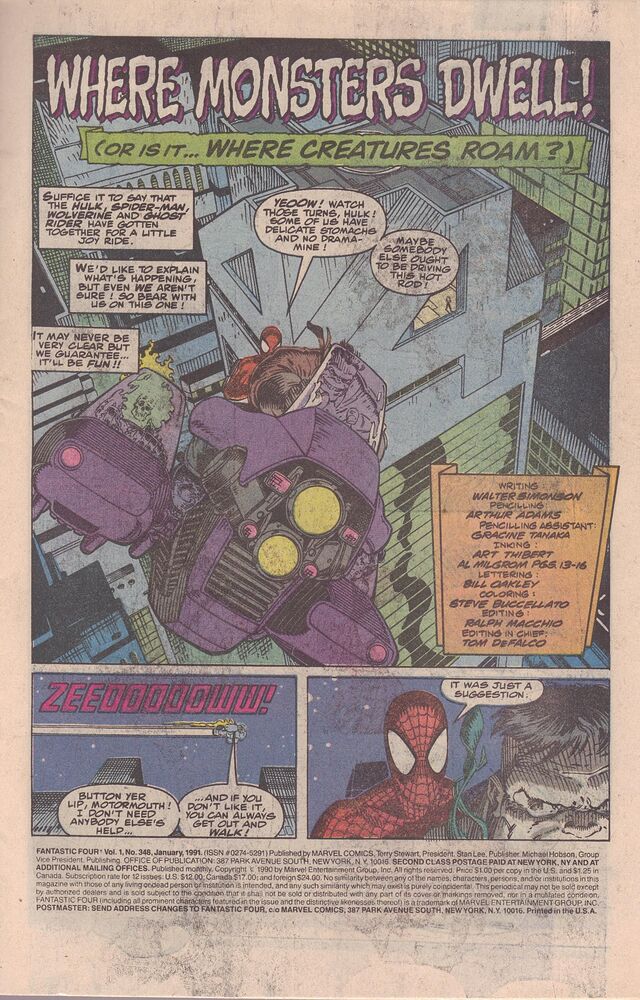 So my recollection is that Kurt suggested some of the characters and Arthur suggested the Hulk. It was a team effort. Anyway, I asked Art - as I always do when I’m writing for another artist - « What do you want to draw ? » In Arthur’s case, it was like, « How about the Hulk on a motorcycle ? » Okay. Well, we’ve got him on a flying motorcycle, but nevertheless, it’s a motorcycle. He also wanted to draw a bunch of the old Marvel monsters ; the old 50’s Atlas stuff - he loves that kind of creature-feature thing, he’s very familiar with it. He wanted to do the Mole Man. I worked out the Mole Man hadn’t been around in a while, so that was cool. Those were the only elements I remember, there may have been other stuff, I don’t know… 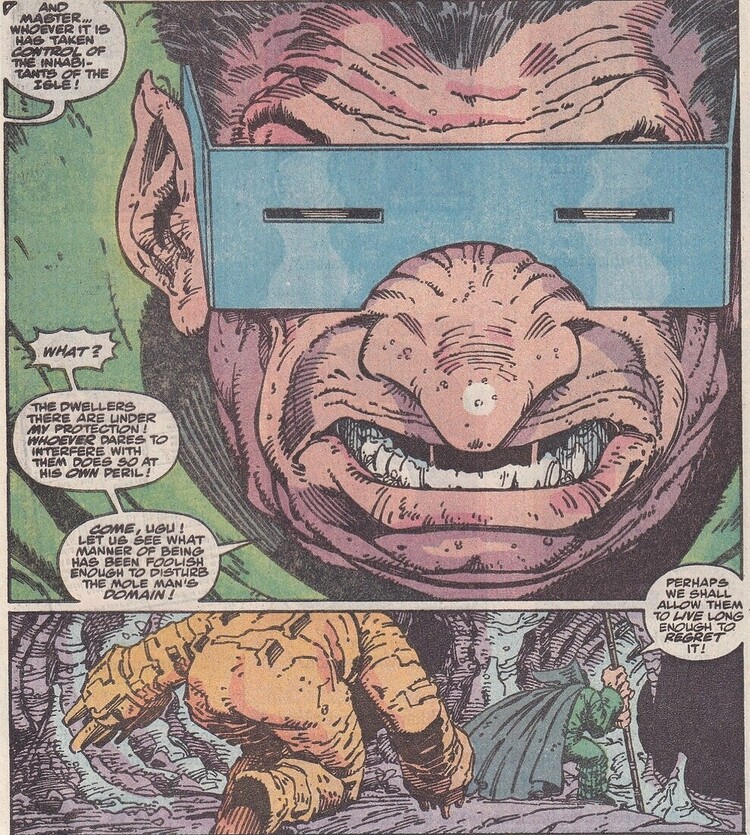 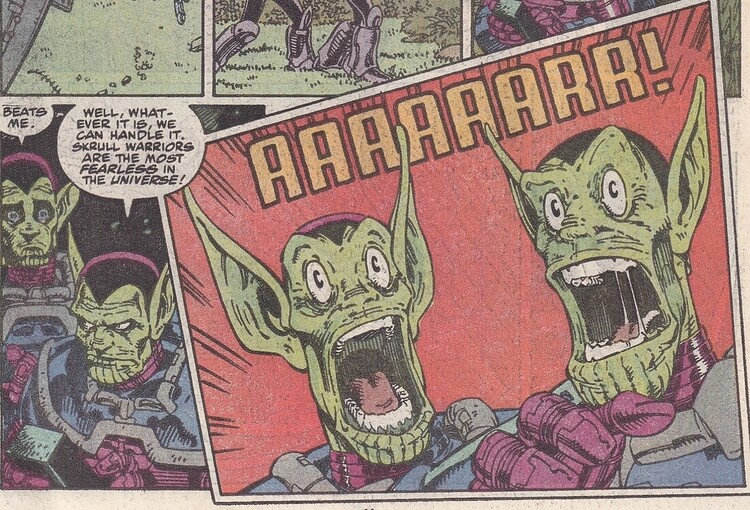 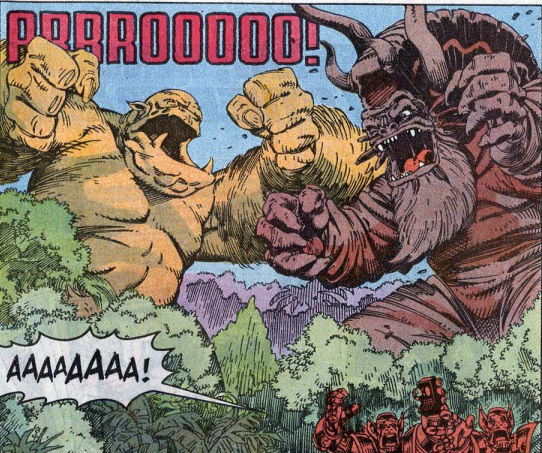 That might have been Art’s idea, too. I just don’t remember. But somewhere in there, I’d take all these things that Art handed me and say, « Okay, now I’m going to find a story. » I started digging around, looking for some way to amalgamate a lot of this stuff, and put a story together that contained as much of it as possible, adding whatever I needed to as I went along to get it all to gel. 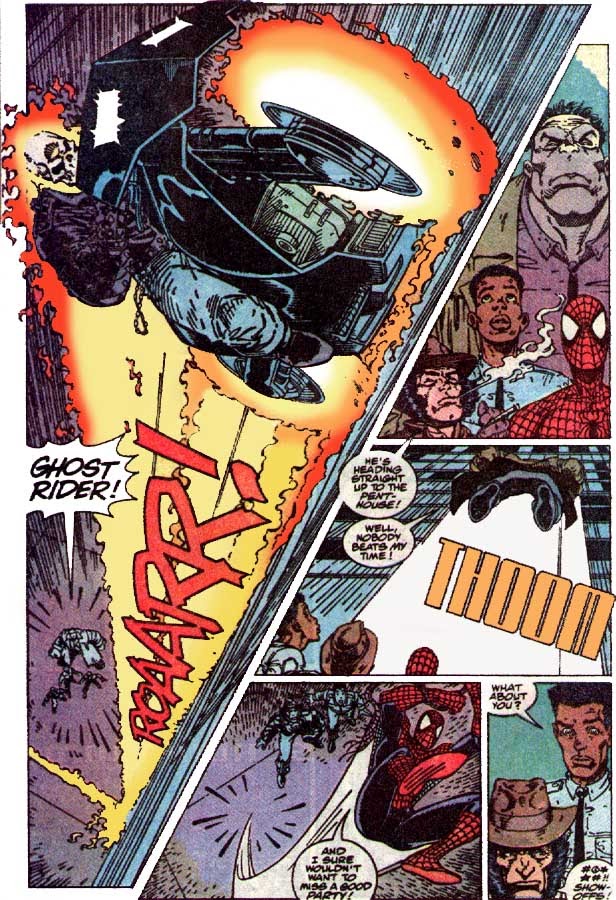 Well, it was a good story. But who knew ? I mean, another funny thing about it was the Punisher. As I mentioned, Arthur didn’t want to draw the Punisher and I didn’t care. But after I thought about it, I said to him, « Well, look, the Punisher is hot right now, and he should really be in the comic, if only for just a second. » I mean, if you’re going to go overboard, you may as well go all the way ! So we worked out a bit where, at the very end of the whole story, the Punisher shows up.

And on the cover, there’s a little inset drawing of the Punisher’s chest showing his skull and uniform with some copy like, « Most exploitative appearance of a guest star ever ! ». You don’t see his head on the cover, just the chest and skull design. 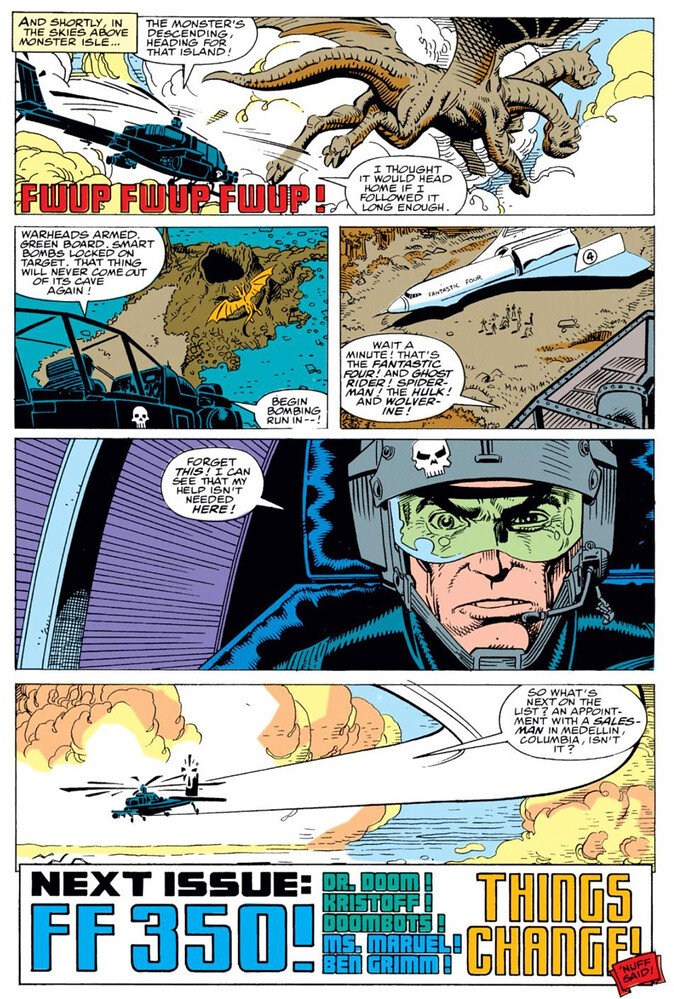 And then on the inside, he’s in a Punisher helicopter, and he’s wearing a flight helmet and sitting in his flight suit. There’s never a whole body shot of the Punisher in the entire comic. He shows up in the end, says, « Well, I guess they’re all done », and he leaves. And that was the whole Punisher bit. Arthur was game to draw that much Punisher ! 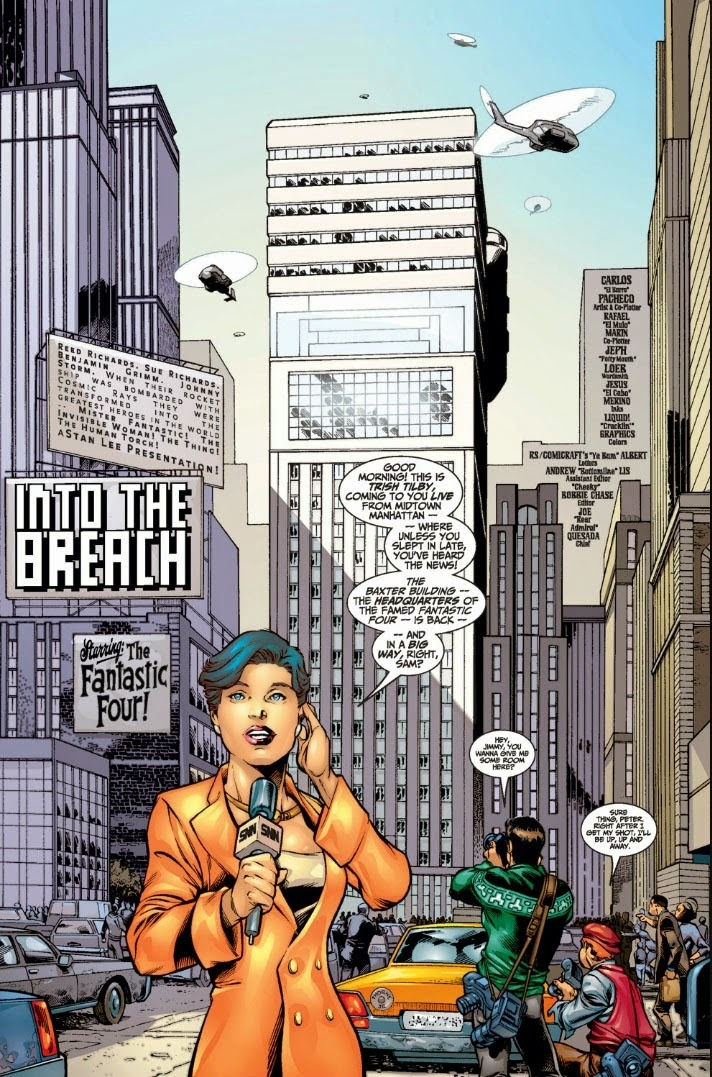 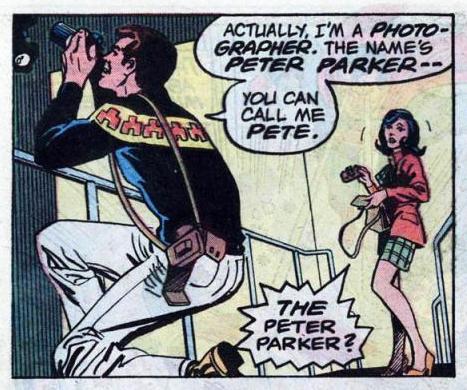 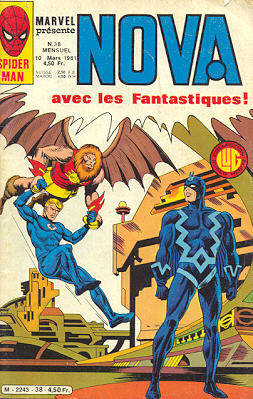 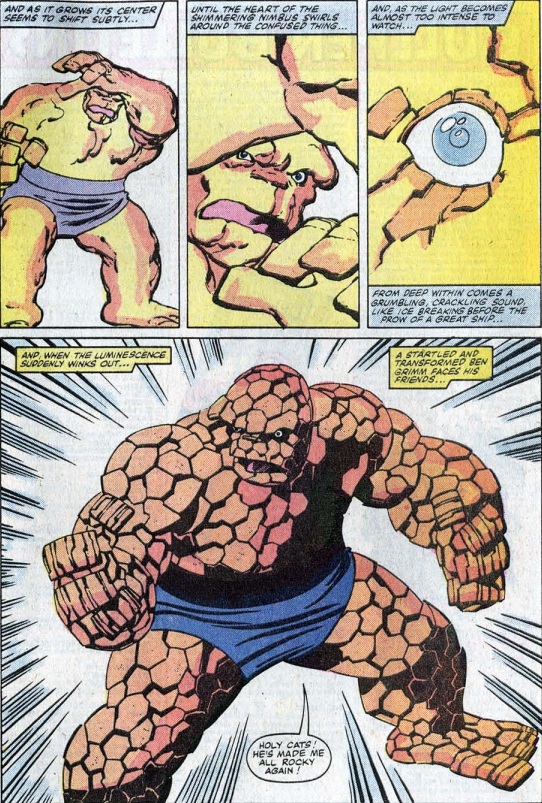 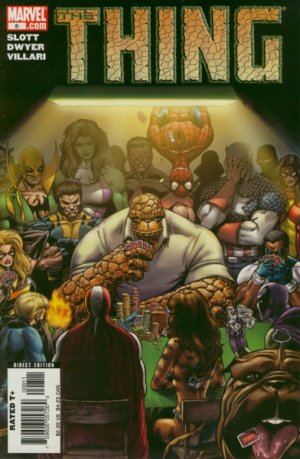 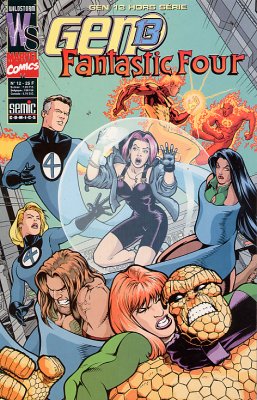 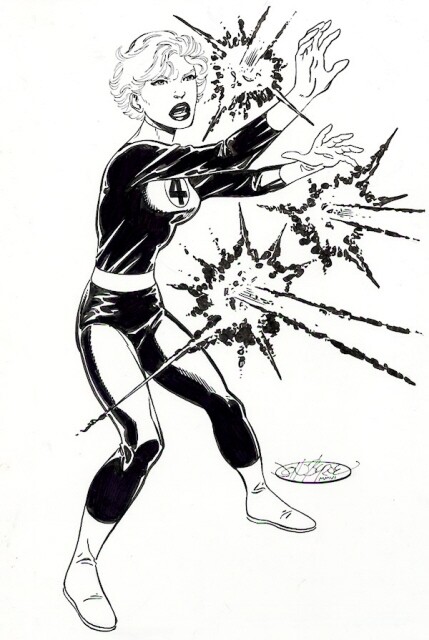 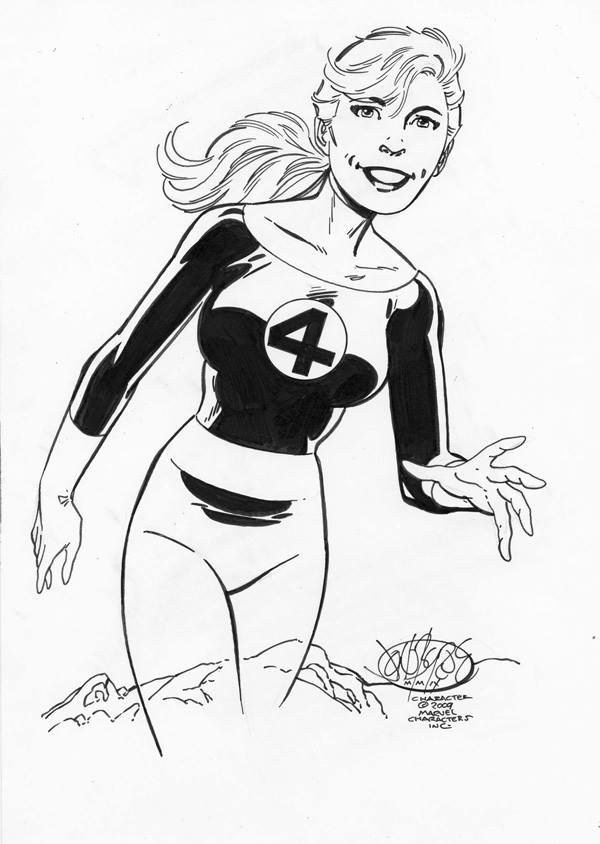