One of the things I was hoping to do with the all-new, all-different relaunch because I’ve never been able to quite manage it in the past, was to do a more concentrated and focused Avengers family event; similar to the X-Men events of recent years. Every time we tried that the story would blow up and become a full blown Marvel Universe event. So I wanted to do something that was limited not just to the core Avengers titles, but a small number of books that are all connected thematically and by family and gave you a nice, tight, concentrated story.

[quote=“Spencer”]There are some real world issues at play here and some topical stuff that I think the best Marvel stories always have in them; that kind of mirror into our world or comparison point that we can draw something from.

In terms of the setting there’s a big focus here on telling a character driven and intimate story with very immediate and pressing stakes. So rather than going huge in scale we focused down and hopefully that makes the dangers in play a lot more immediate and very threatening in their own way. A small town like Pleasant Hill was really the perfect place to set a story like this.[/quote]

[quote=“Spencer”]It’s a city just in the Marvel Universe.

I like small town stories. I like the setting they provide for stories like this. When we were coming up with this story, we wanted to make sure the stakes and the scale felt personal and real. We wanted to put the characters in a tightened environment, where the danger is literally six feet in front of them.

This isn’t Manhattan being leveled – its danger on a much more personal level: right in front of their faces.

The small town setting is best for this kind of story. It’s a fun environment to see superheroes in, and one you don’t actually see that much. We see them surrounded by skyscrapers and alien ships a lot, and for me what I’m trying to do is tweak things a little. Make things a little off balance for our heroes, and led readers see them in a slightly different perspective.[/quote]

[quote=“Brevoort”]To me, in every one of these events we try to change things up and not do the same thing over and over again. The way the Avengers book has been set up the past 10 years or so, we haven’t done any real Avengers family event the way the X-Men would do one, simply because every Avengers event had the tendency to grow into becoming a line-wide Marvel Universe event. [laughs] Suddenly, it becomes a big massive event.

But with Avengers: Standoff!, we wanted something smaller in scale, focused on the core Avengers family of titles because we haven’t done that in a long time.

The structure is somewhat like “Black Vortex” – not exactly, but there’s a beginning, an end, and the story in-between carried in issues of our ongoing titles. I will say that its not as literally linear as “Black Vortex” was. In that, it was a single story thread with part 1 here, part 2 there, part 3 over here, etc. In Avengers: Standoff!, the alpha issue will set up a couple issues that’ll be addressed in the ongoing titles before it returns in the Omega issue.[/quote]

Pleasant Hill looks like the perfect small-town community – but underneath the surface, a deadly secret lurks. One so explosive it will draw estranged allies Steve Rogers and Sam Wilson back together to save a friend in danger and put things right. But when the combined might of the Captain Americas isn’t enough, whom do they call? In the face of unspeakable evil, it’s time for the Avengers to Assemble like never before! The blockbuster spring AVENGERS event starts right here! 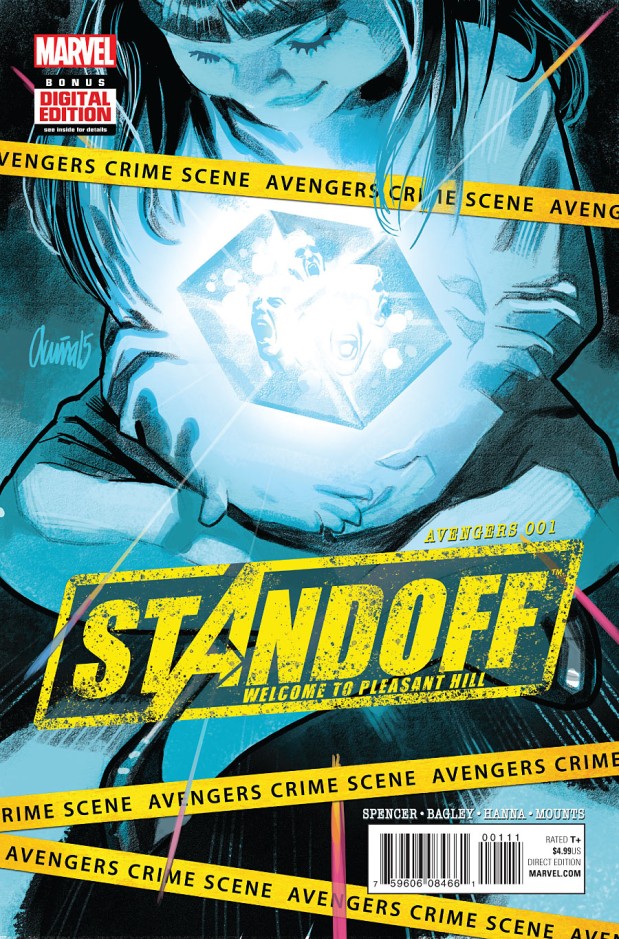 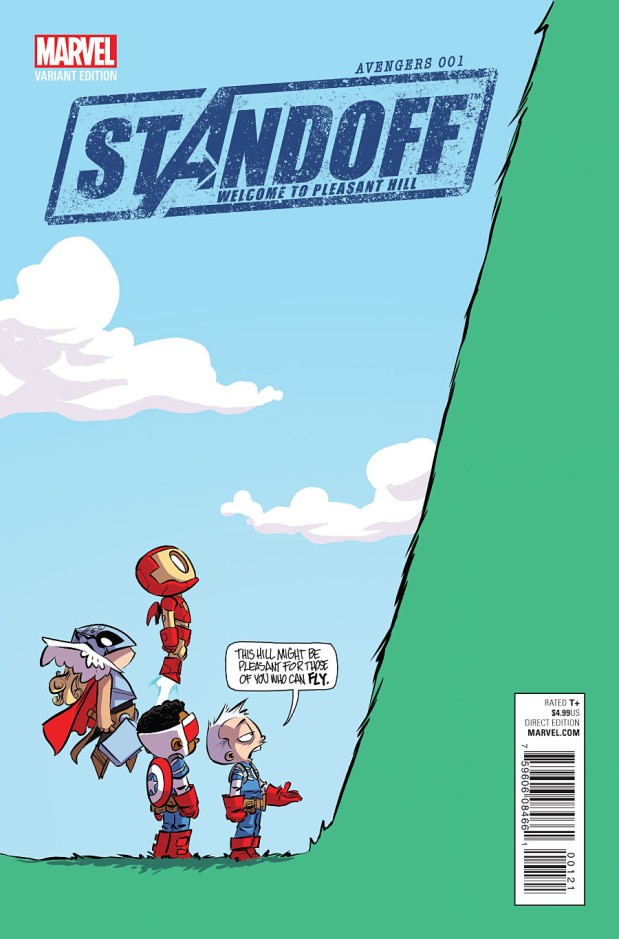 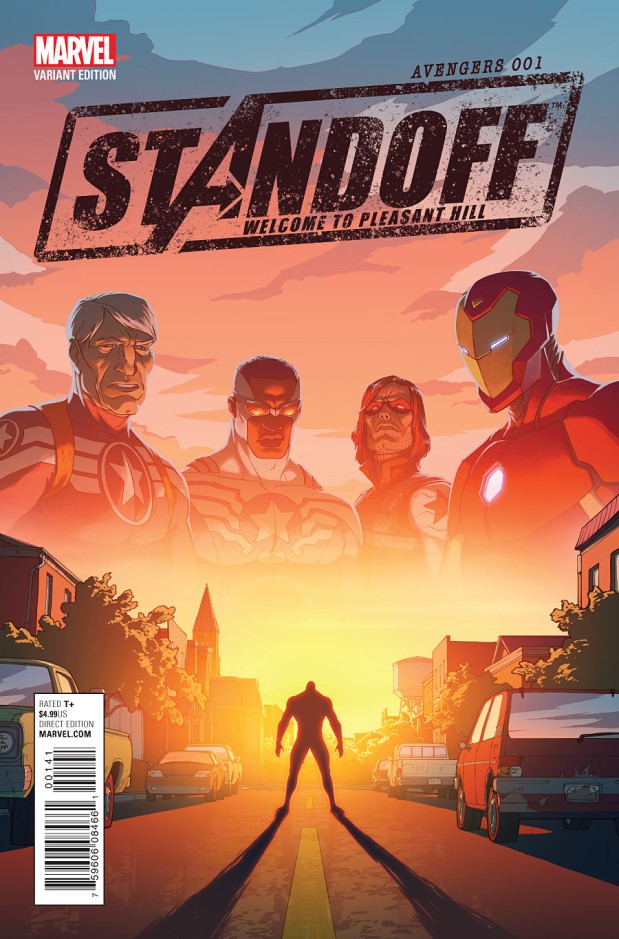 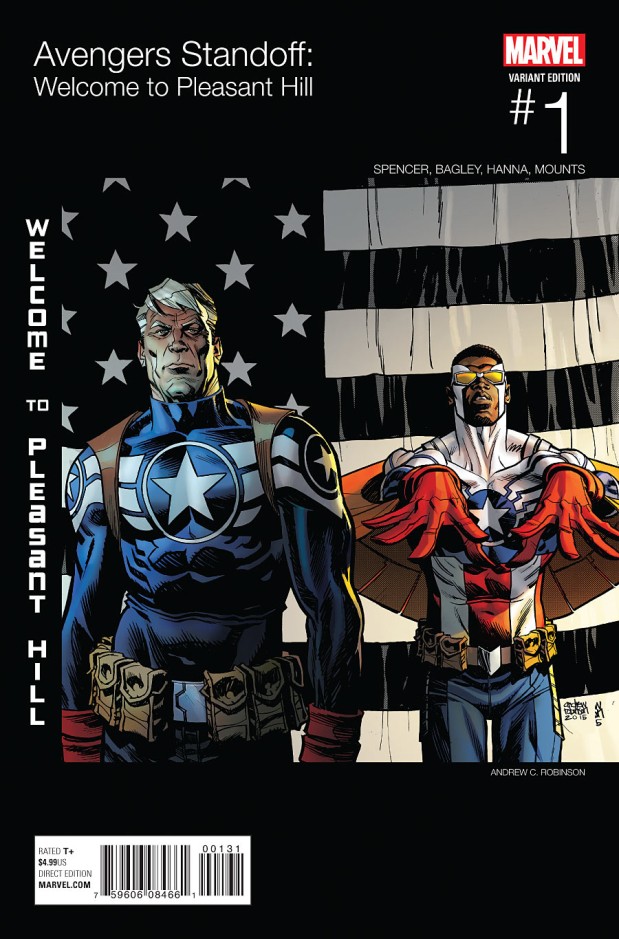 The prelude to the Spring’s blockbuster AVENGERS event!

Hello there and welcome, new resident. You’ve sure made the right choice in moving to Pleasant Hill-- a friendly small town where burdens are lifted and the sun is always bright… so hide your eyes. Don’t let it see you looking its way. Hide if you must. Otherwise it will burn right through you. Pleasant Hill is the kind of place where folks look out for one another. Everyone knows who their neighbors are. But who are you, neighbor?[/quote] 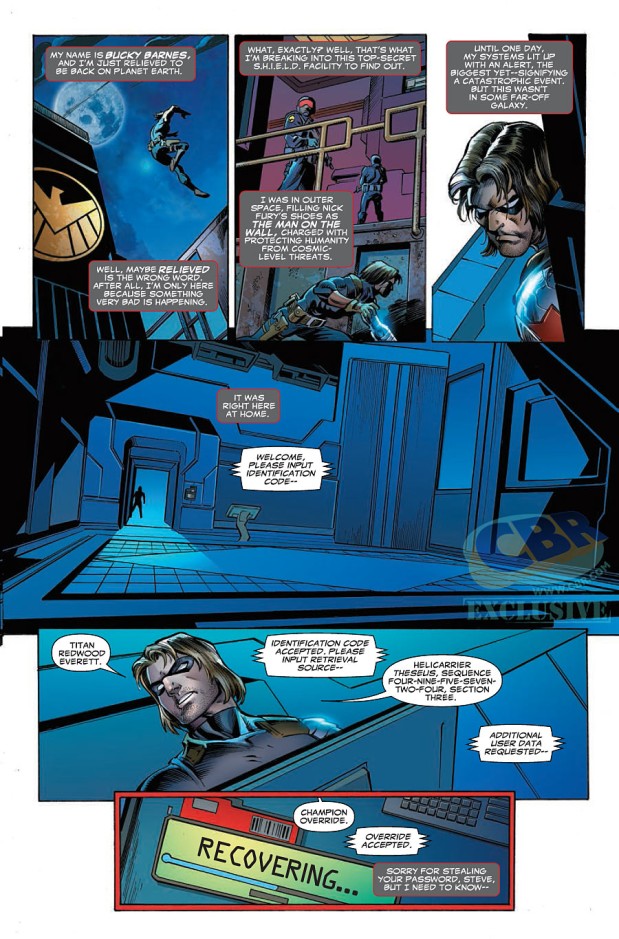 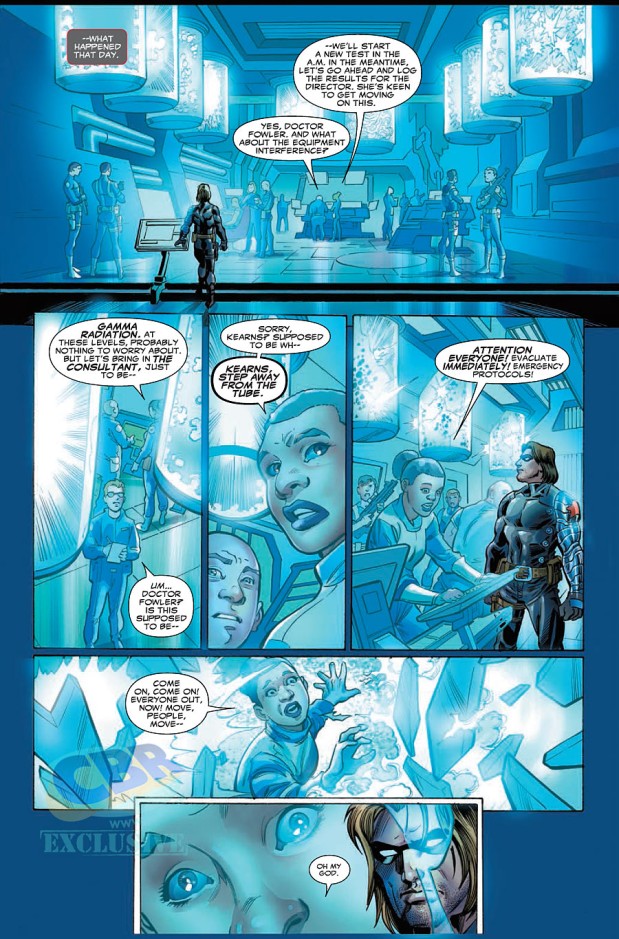 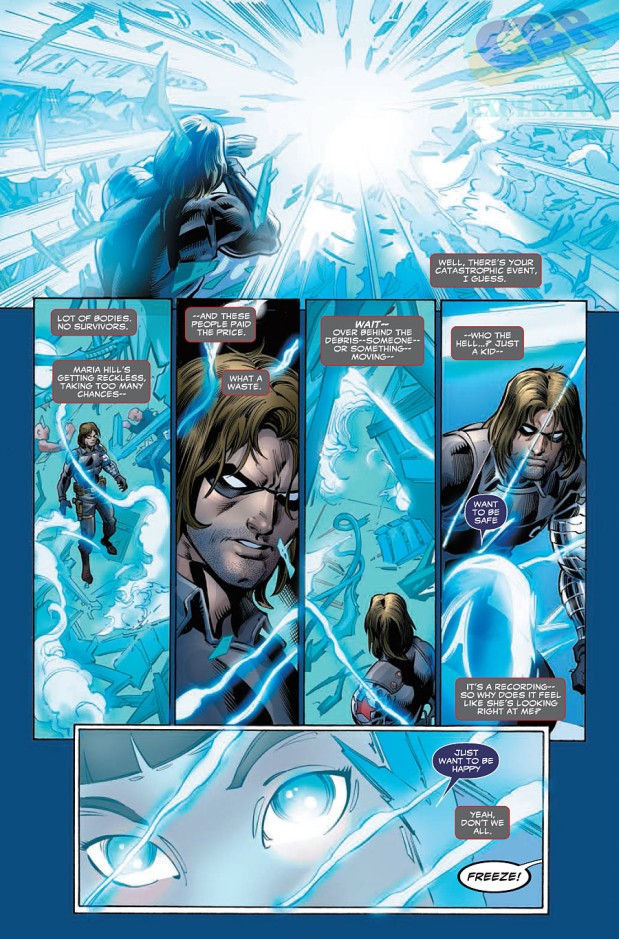 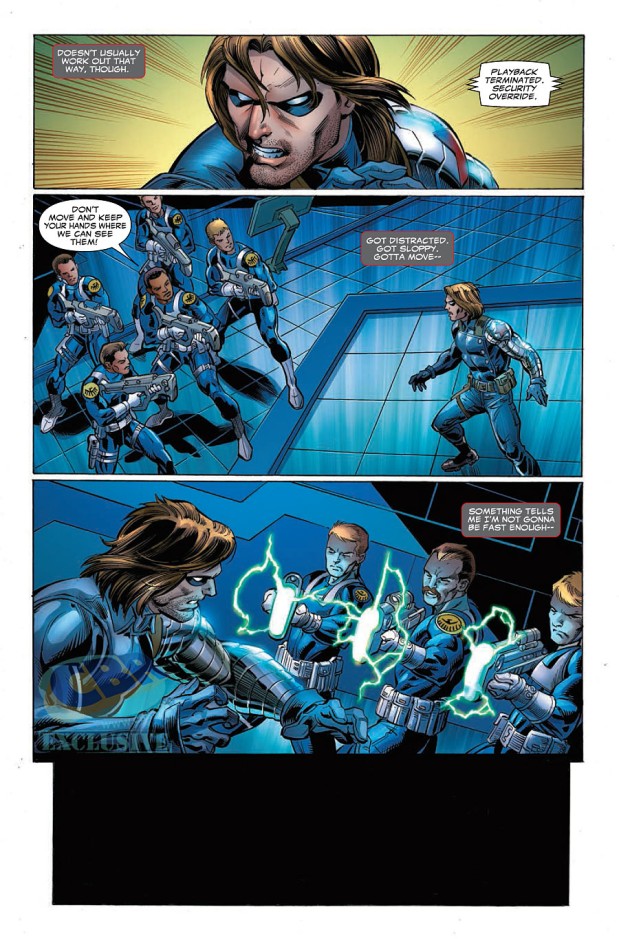 Pleasant Hill looks like the perfect small-town community – but underneath the surface, a deadly secret lurks. One so explosive it will draw estranged allies Steve Rogers and Sam Wilson back together to save a friend in danger and put things right. But when the combined might of the Captain Americas isn’t enough, whom do they call? In the face of unspeakable evil, it’s time for the Avengers to Assemble like never before! The blockbuster spring AVENGERS event starts right here![/quote]

[quote][Maria Hill’s] world view is something that sounds harsh within a comic book, but would sound completely plausible if this were the real world. That’s what’s great; she gets to hold up that mirror and say, “Look, we’re in a funhouse.” [Laughs] She’s the one that points out that all of this is crazy. Maria Hill’s dream is our world. That, to me, is the essence of the character. What Maria Hill wants is the world that we live in not the world that these heroes live in. So to constantly have somebody who’s end goal is to get to normal is really great.

She’s also really clever. She’s not cowed by Captain America or Iron Man. She’s not impressed by the Avengers. She finds the whole thing ridiculous. She’s more than happy to work with them in the sense of getting them to do the things that she wants, and she’s willing to make compromises when their interests align. She is not a part of them, though. She is not of them. [/quote]