[quote]Batgirl and the Birds of Prey: Rebirth #1

“WHO IS ORACLE” Chapter One: Batgirl and Black Canary are together again, working a case that strikes right at the heart of their partnership! Someone’s uncovered the greatest secret Barbara Gordon ever kept: her time as Oracle, the most powerful hacker on the planet. And not only do they know her secret, they’re using her name to sell dangerous information to criminals! Now one of those deals has brought some major heat to Gotham City…Helena Bertinelli is out of Spyral, wearing the hood of the Huntress, and making mafia blood run in the streets! Everything you thought was hidden will be revealed if the Oracle has their way…
[/quote]

[quote]BATGIRL AND THE BIRDS OF PREY #1

“Who Is Oracle?” part one! Someone has stolen the name Oracle right out of Barbara Gordon’s past! Hot on this false Oracle’s trail, Batgirl, Black Canary, and Huntress are all tracking the same mafia capo…so it makes sense to team up, right? Problem is, Barbara and Dinah need the secrets locked up in Oracle’s brain…and Helena Bertinelli would rather put a crossbow bolt right through it!

[quote]Batgirl and the Birds of Prey #2
“WHO IS ORACLE?” part 3! Batgirl, Black Canary, and Huntress must team up with the GCPD to protect a mafia capo from an attack by his one-time friends! He’s the only man with a lead on the nefarious new Oracle…but dead men tell no tales! Of course, it’s hard to make a team-up work when the team’s ready to tear itself apart on its first mission![/quote]

[quote]BATGIRL AND THE BIRDS OF PREY #3

Description: “Who Is Oracle?” part four! The dangerous new Oracle is finding that Gotham’s mobs aren’t up to the task of keeping the Birds of Prey off the scent…so send in the Snakes! Copperhead, The Asp, Cottonmouth, and Lady Viper are the most venomous foes the Birds have ever faced!

[quote]Batgirl and the Birds of Prey #4

“Who Is Oracle” part five! Batgirl, Black Canary, and Huntress come face-to-face at last with the new Oracle…and unlock a mystery they never saw coming!

[quote]Batgirl and the Birds of Prey #5
Written by JULIA BENSON and SHAWNA BENSON
Art by CLAIRE ROE
Cover by YANICK PAQUETTE
Variant cover by KAMOME SHIRAHAMA
Retailers: This issue will ship with two covers. Please see the order form for details.
“WHO IS ORACLE?” part five! The new Oracle has led the Birds of Prey all around Gotham City, forcing them to deal with the worst of what the city has to offer. Now Batgirl, Black Canary and Huntress will learn the reason when this impostor’s secrets are revealed! But Oracle isn’t the only one with a secret past…where did the mysterious Fenice come from, anyway?
On sale DECEMBER 14 • 32 pg, FC, $2.99 US • RATED T[/quote]

[quote]Batgirl and the Birds of Prey #6

“Who Is Oracle?” conclusion! The new Oracle has put the Birds in an untenable position—do what Oracle wants, or their whole lives get made public! So how do they turn the tables? And now that Huntress has Fenice in her sights, can she pull the trigger? She’s never hesitated to kill before…so why now?

[quote]Batgirl and the Birds of Prey #7

“VALENTINE’S DAY” part one! The new Oracle is now embedded in the Birds of Prey’s lives…and they’re going to have to make it work whether they like it or not! Plus, Huntress has decided to make Gotham her permanent home—but that means venturing into the most dangerous world of all…the Gotham City real-estate market! Perhaps an abandoned amusement park with a murder slide is up her alley?[/quote] 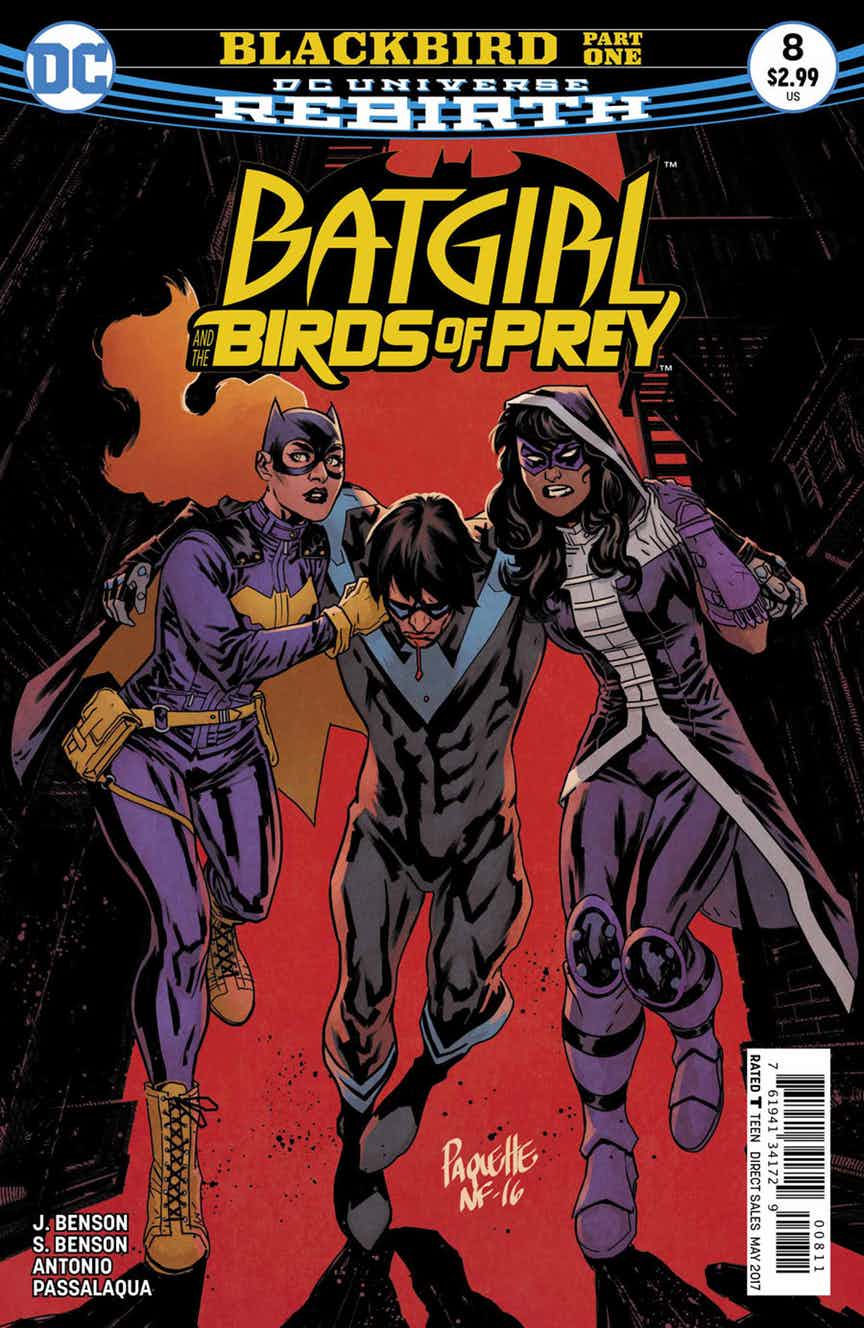 [quote]BATGIRL AND THE BIRDS OF PREY #8

Description: “Blackbird” part one! There’s something strange afoot in Gotham City - someone’s making promises to the world’s deadliest killers, offering them things well beyond the powers of a mortal human to provide! Unfortunately, Nightwing’s been caught in the crossfire and is badly hurt… good thing he’s not the exact person whose presence is most likely to make things weird between Batgirl and Huntress, right? 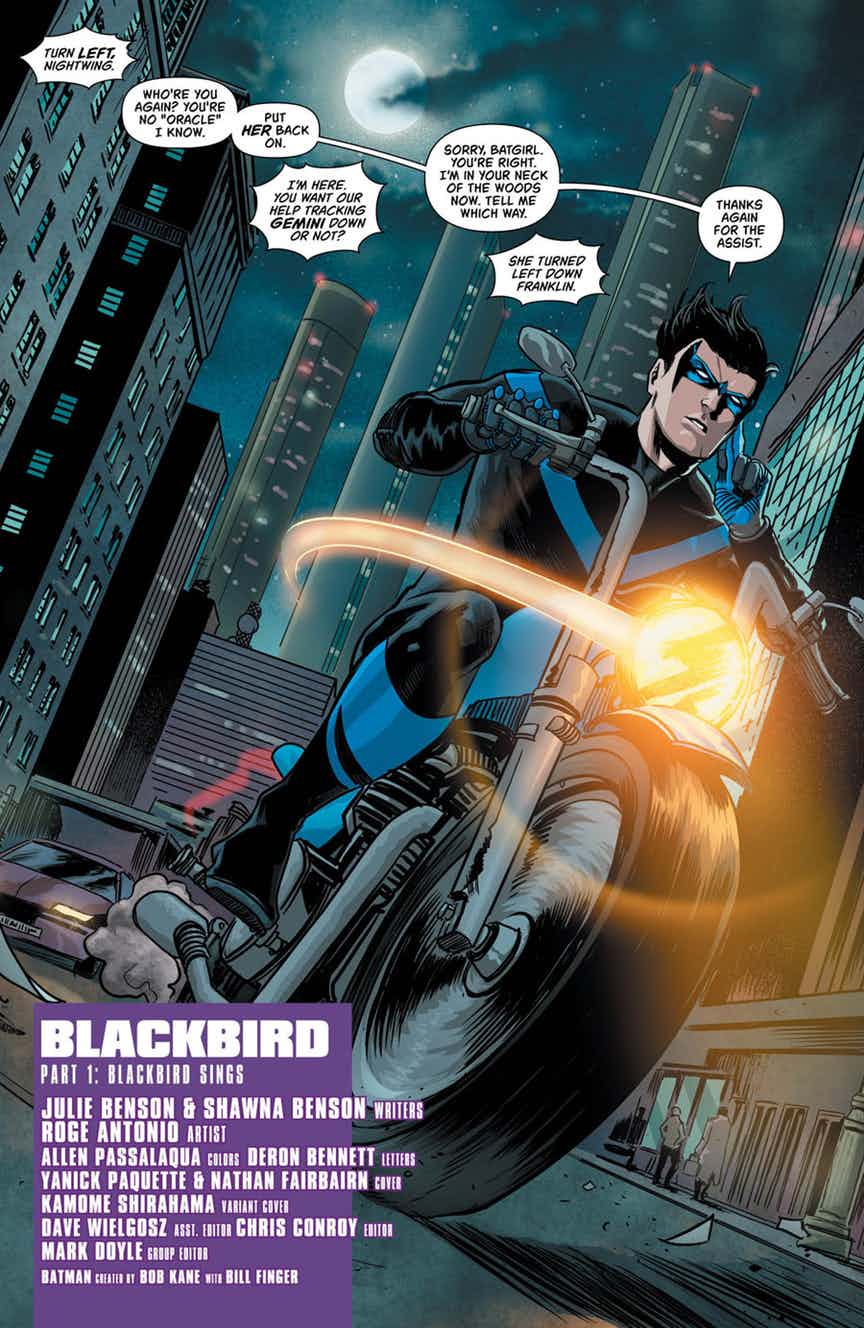 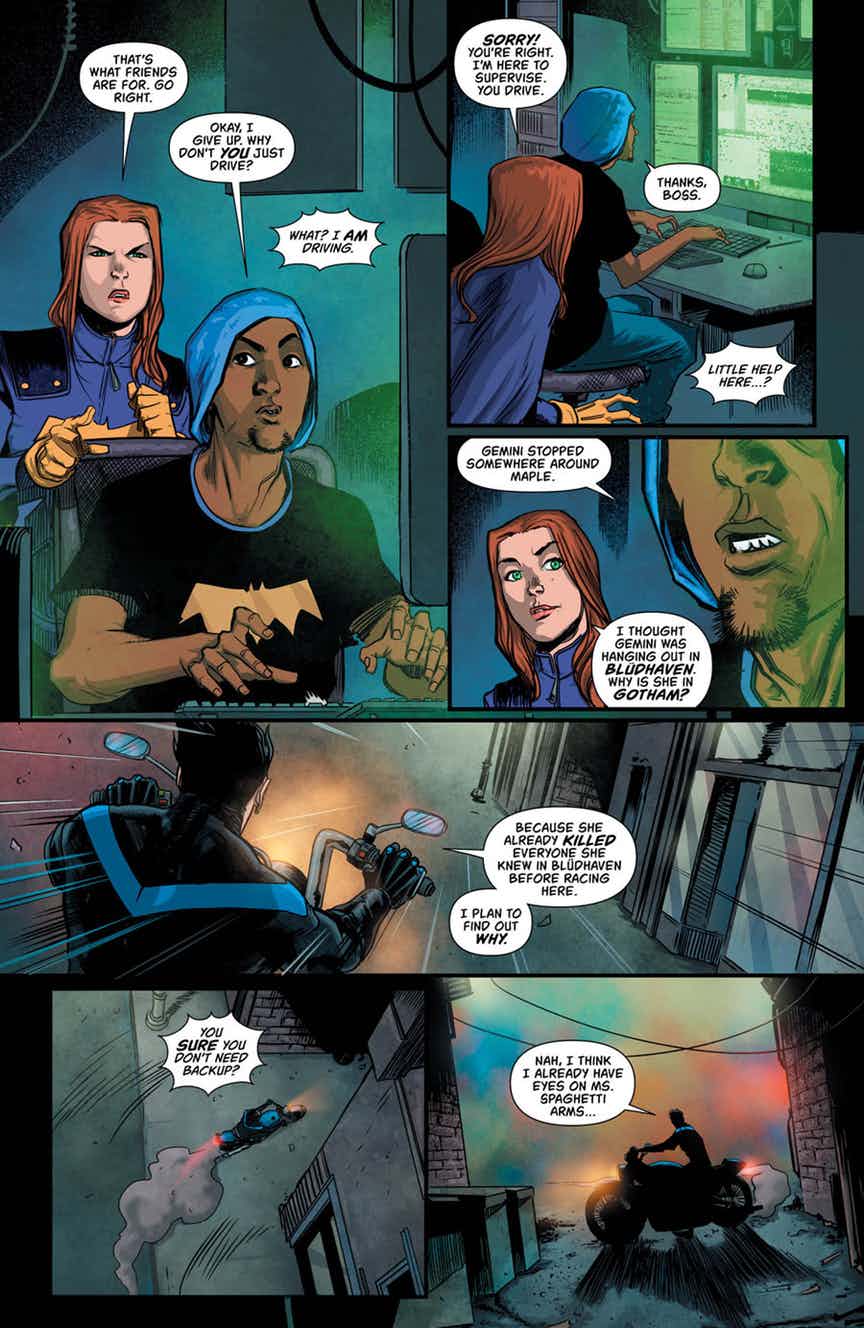