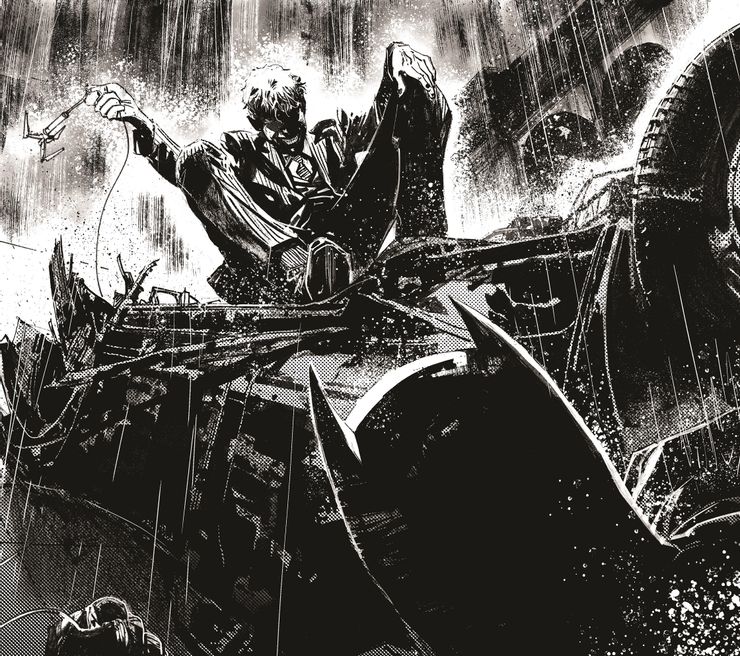 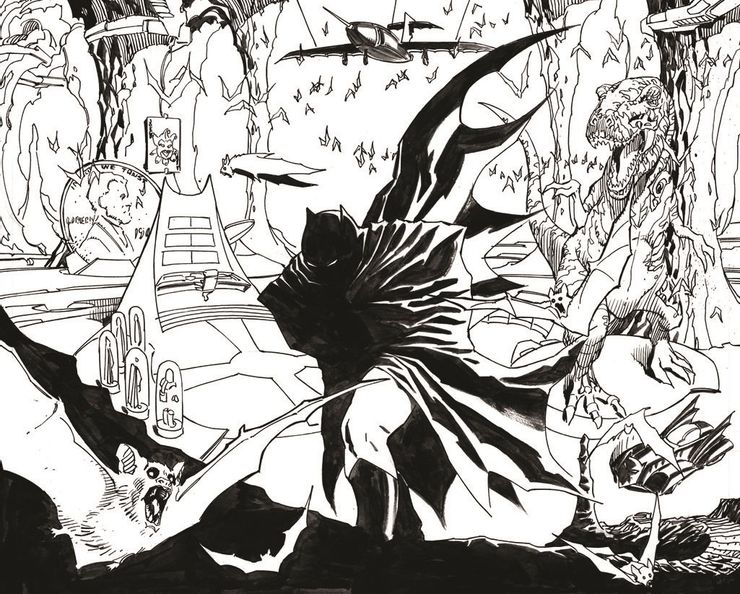 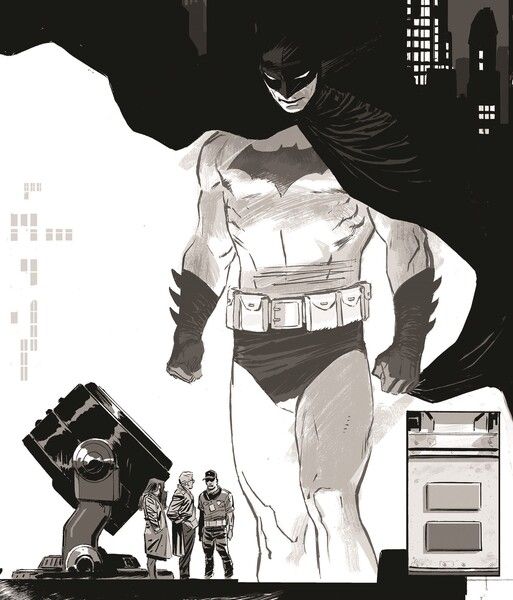 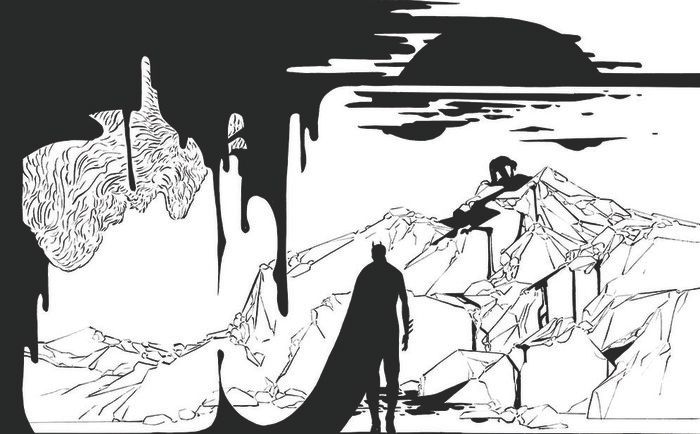 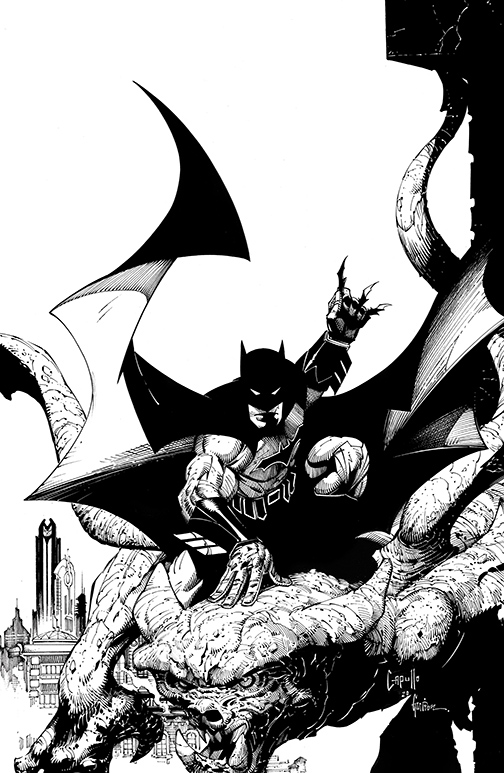 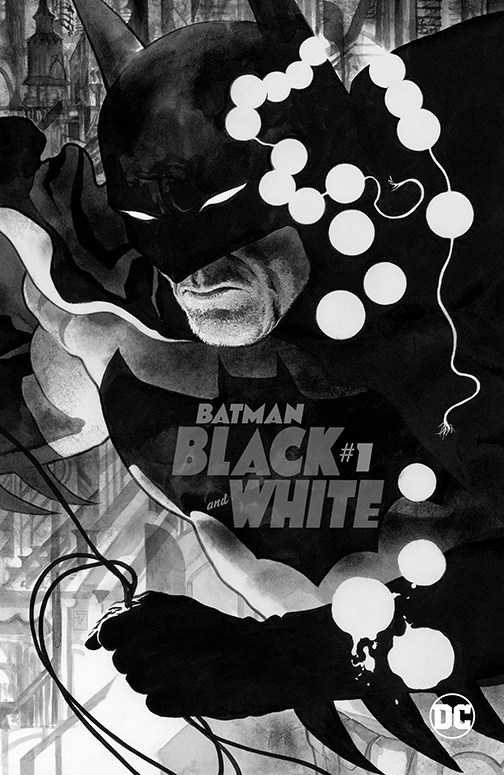 The iconic anthology series returns with a brand-new slate of comics’ most exciting and innovative storytellers to explore the Batman mythos in stark black-and-white! In this debut issue: • James Tynion IV and Tradd Moore explore the world of Ra’s al Ghul and the League of Assassins • J.H. Williams III returns to DC Comics for a trip through the Dark Knight’s history • Emma Rios explores the eternal struggle of the Dark Knight • Paul Dini and Andy Kubert pit Batman against an infestation of ninja Man-Bats in the Batcave • G. Willow Wilson and Greg Smallwood portray Batman in his strangest standoff ever with Killer Croc With a lineup this strong and a cover by legendary Batman artist Greg Capullo, you won’t want to miss the start of this tremendous collection of Batman tales by some of comics’ top creators! 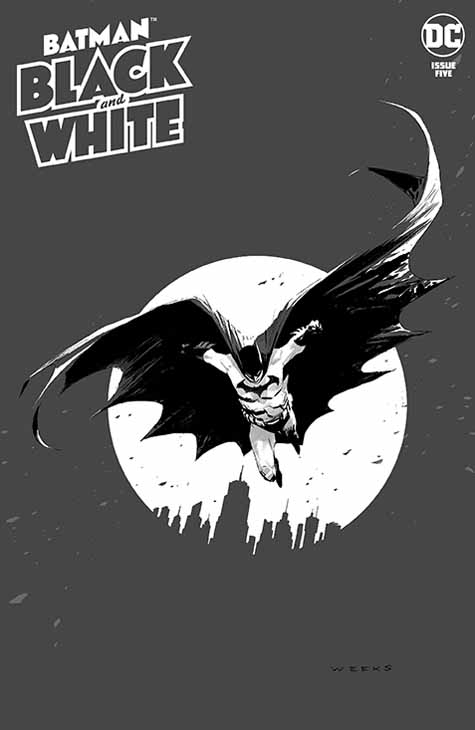 The all-new anthology series continues with new tales of mystery, mayhem and madness from all levels of Gotham City by some of the finest talents in comics.
In this auspicious issue:
• Eisner Award-winning collaborators Tom King and Mitch Gerads (Mister Miracle, Strange Adventures) tell a tale of Batman administering a form of last rites to a dying priest. Or is it the other way around?
• Eisner-nominated storytellers Gabriel Hardman and Corinna Bechko (Green Lantern: Earth One) find the Dark Knight facing certain death-with The Joker his last lifeline.
• Multiple award-winner for his innovative work on Hawkeye, David Aja writes and draws his first DC story, in which Batman is set on the trail of a deadly cult preying on Gotham City-and it’s one you’ll be talking about all year!
• The brilliant Sophie Campbell (Jem and the Holograms, Teenage Mutant Ninja Turtles, Wet Moon) returns to DC after a 10-year absence to follow Batman and Catwoman on one of their greatest chases ever.
• Celebrated artist of S.H.I.E.L.D. and Avengers and the creator of Paklis, Dustin Weaver makes his DC debut as Batman takes to the sky in a stunning aerial battle against one of the most unsettling foes he’s ever faced. 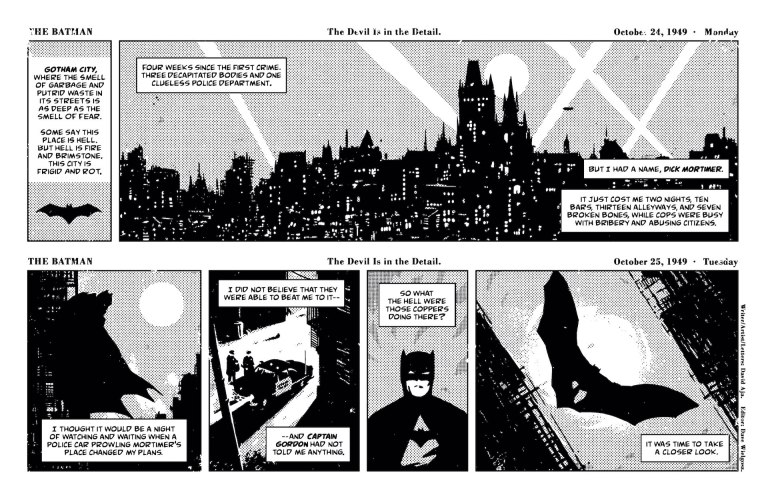 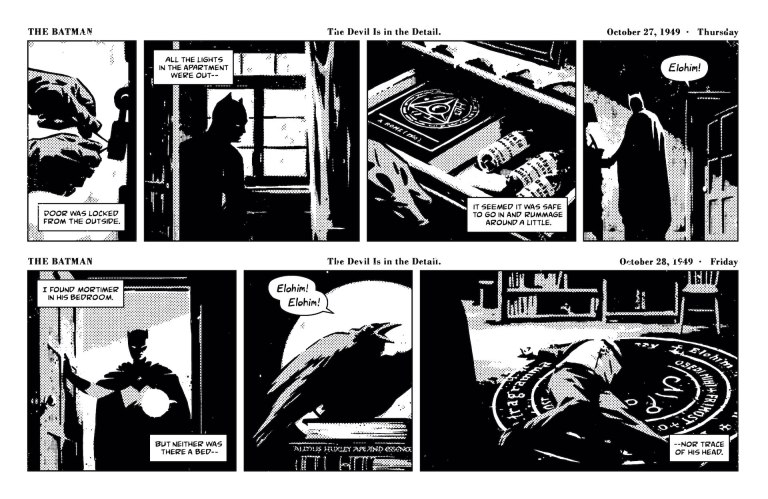 The mythology of Batman continues to expand in this issue of Batman Black and White as we explore alternate takes and possible futures for the Caped Crusader from the minds of comics’ most innovative and creative thinkers!

• Academy Award-winning writer John Ridley and iconic Thor and Avengers artist Olivier Coipel reteam to dip into the world of Future State and expand the legend of the next Batman and introduce us to his new-well, she’s not exactly Robin!
• Bilquis Evely, Eisner Award-nominated artist of The Sandman Universe’s The Dreaming and Wonder Woman, writes and draws a tale that takes the myth of Batman to a medieval realm of knights and sorcery. In this vision of Batman, the Dark Knight is a real knight-and he must save a community from a dryad known as Ivy!
• Nick Dragotta, co-creator of East of West, makes his DC writing debut with a tale that looks at a post apocalyptic future where a giant Batman-like robot rampages through what’s left of Gotham City.
• Celebrated co-writer of Grayson and writer of Nightwing Tim Seeley returns to his horror roots with one of comics’ most legendary Batman and horror artists, Kelley Jones, to show us a Gotham cursed to be forever haunted by Batman!
• Bengal, international comics luminary and co-creator of Death or Glory, returns to DC to tell a story expressing Batman’s admiration for his father and how he once protected Gotham City. 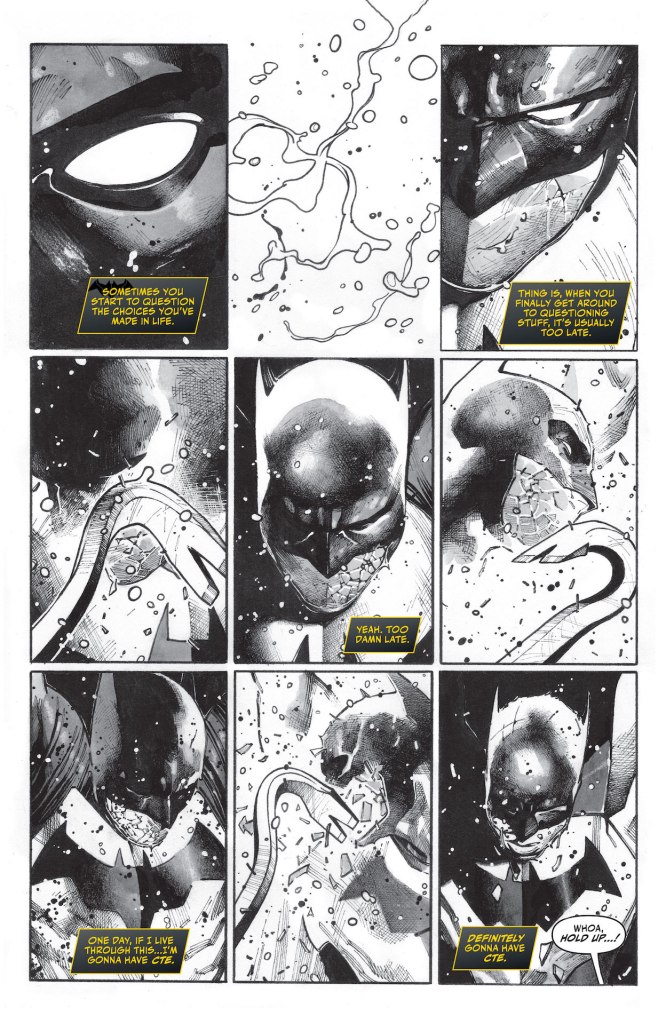 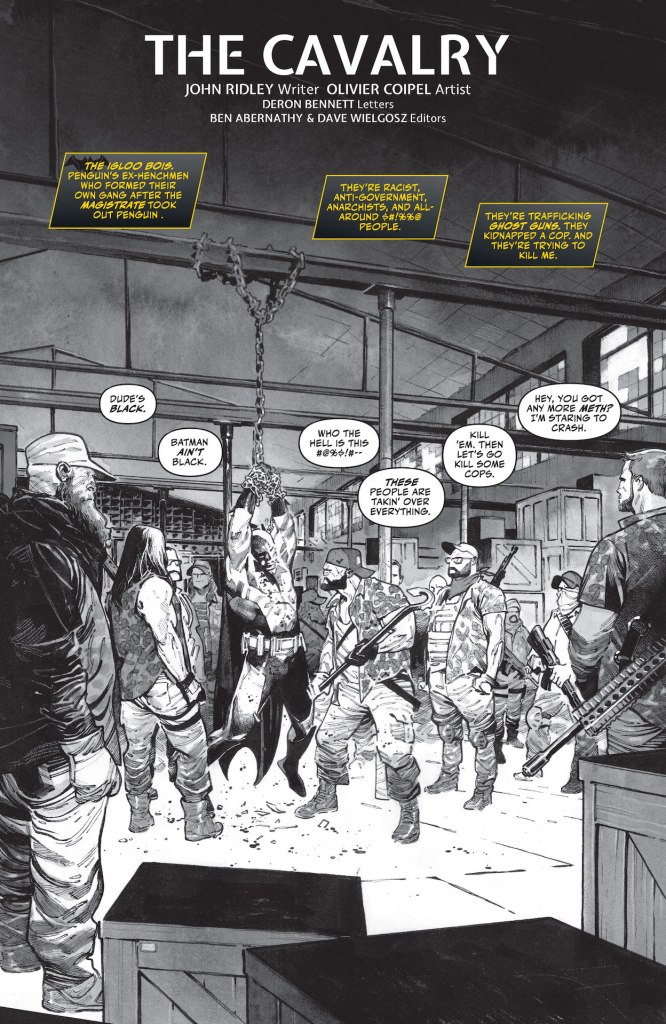 Gotham City’s past, present, and future all come together to haunt the Dark Knight in exhilarating new stories from some of comics’ most noted luminaries as Batman Black & White continues!