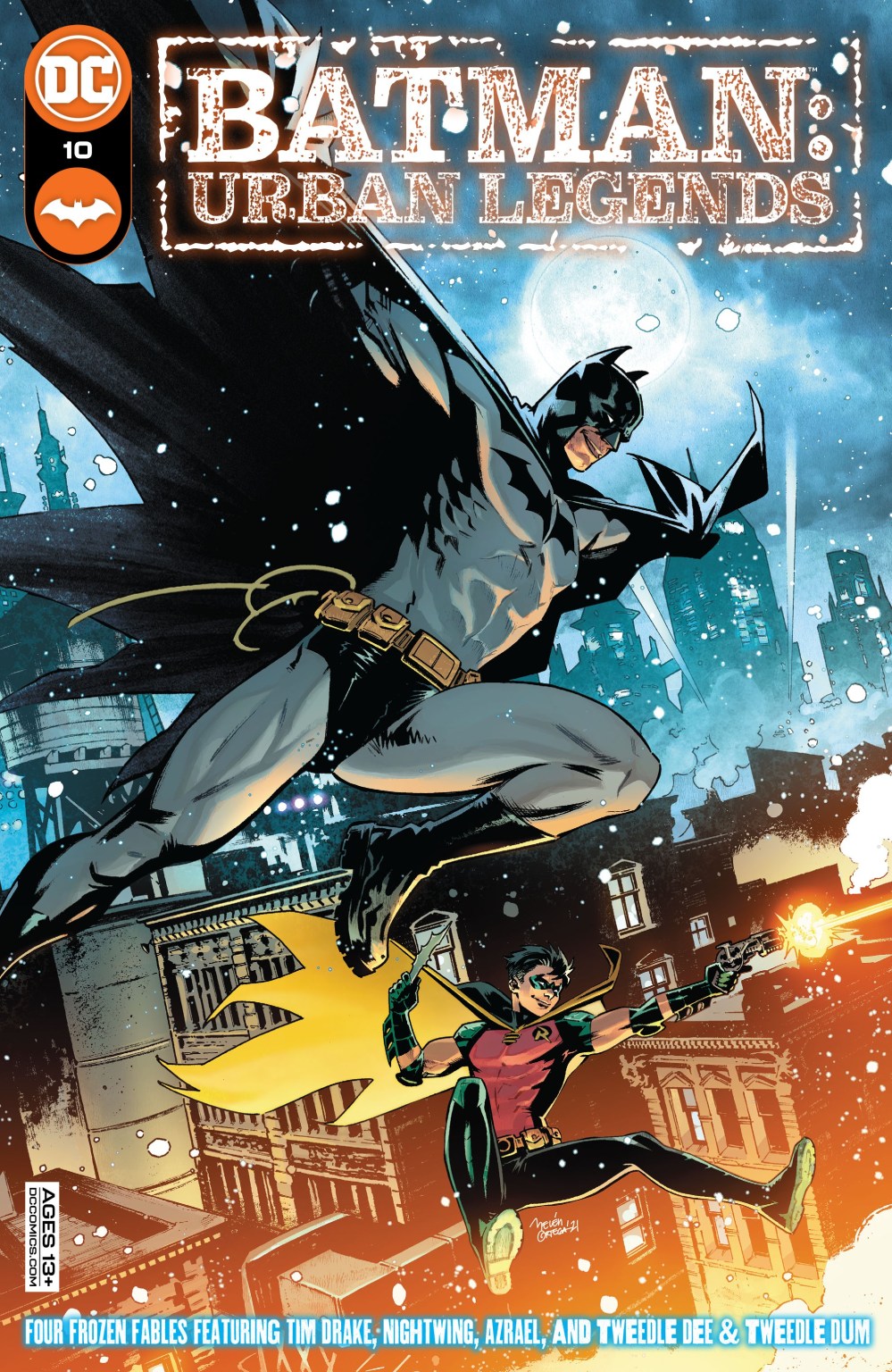 Tim Drake goes to make peace with Batman before he leaves Gotham. Superstar writer Tini Howard makes her DC debut on a Nightwing, Oracle, and Batgirls holiday spectacular. Azrael faces down the new villain THE POOR FELLOW. And Tweedle Dum has to make a grave decision. 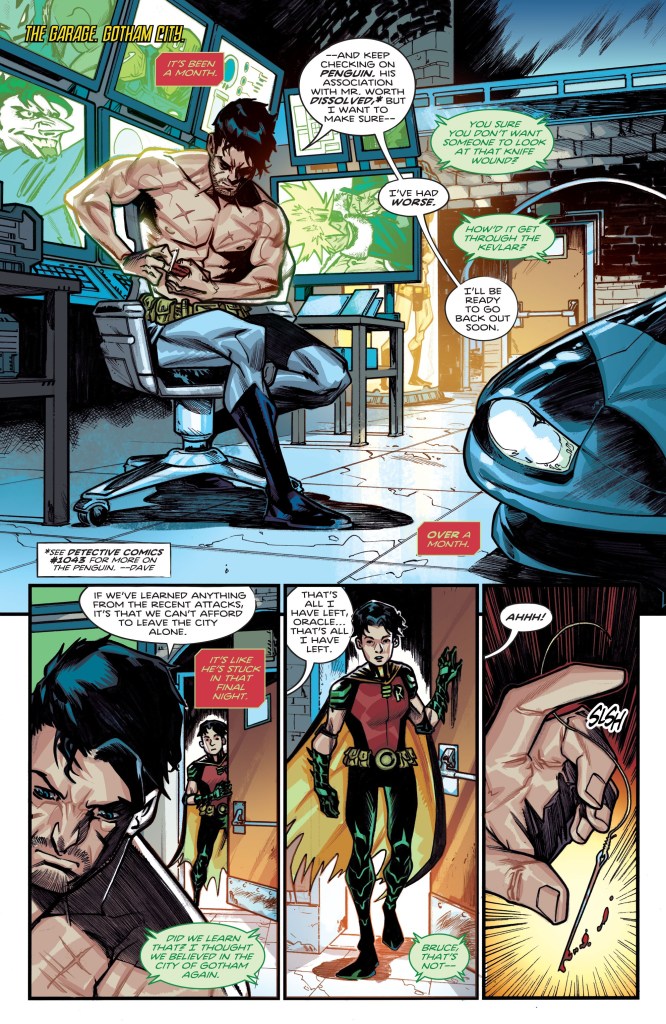 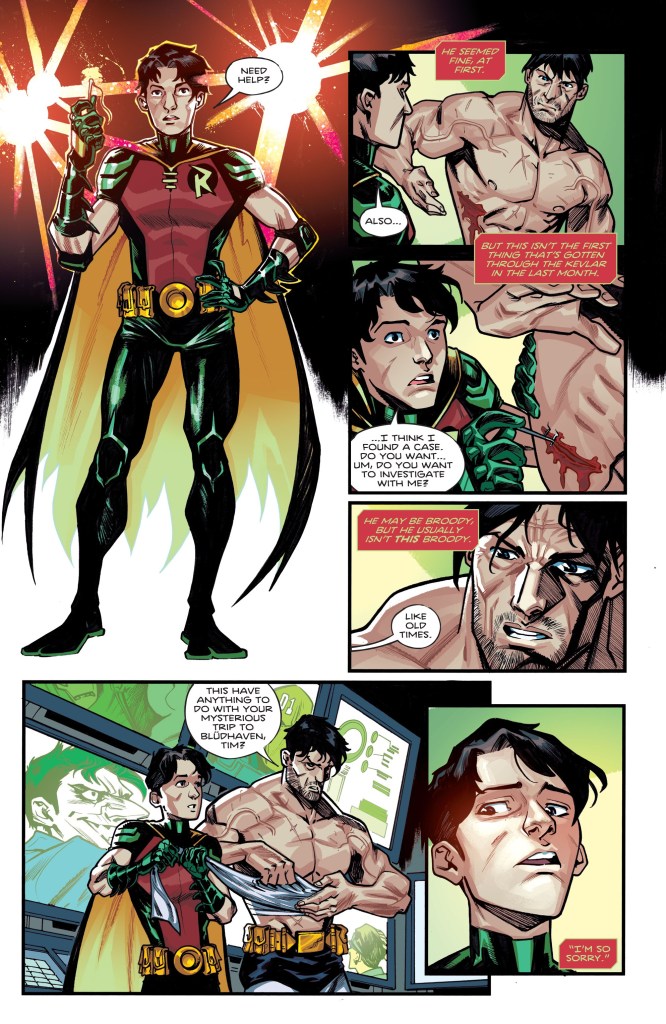 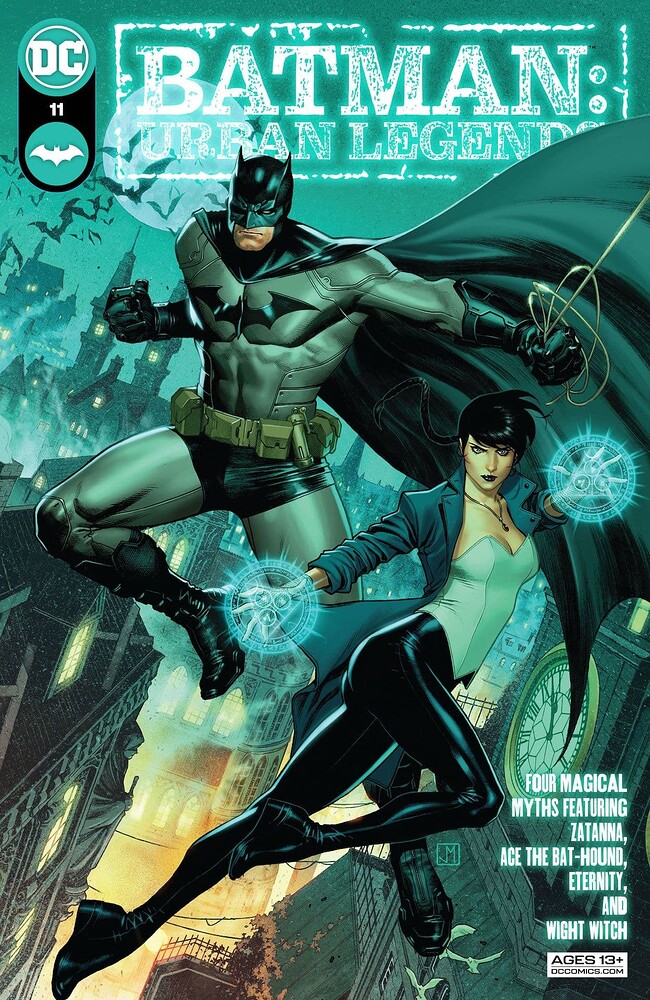 BATMAN & ZATANNA: Vita Ayala and Nikola Čižmešija join forces to tell a story that will change Batman and Zatanna’s relationship forever. Every year the two have to come together to defeat an evil curse. This year they fail, and the world is in peril because of it.

HOUNDED: Ace the Bat-Hound, the goodest boy in the DCU, has his day in an epic story featuring many DC Super Pets, brought to you by Mark Russell and Karl Mostert.
Listen to the latest episode of our weekly comics podcast!

WIGHT WITCH: Catwoman tie-in/“Fear State” aftermath! Aftermath. The mysterious relationship between Ghost-Maker and Wight Witch is revealed in all its horrifying glory here. 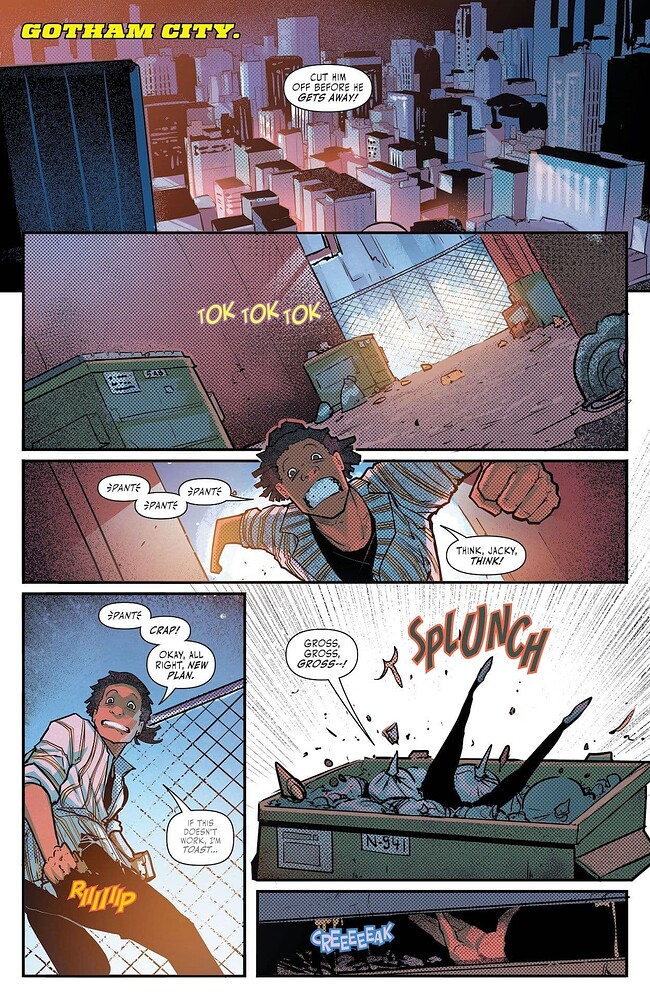 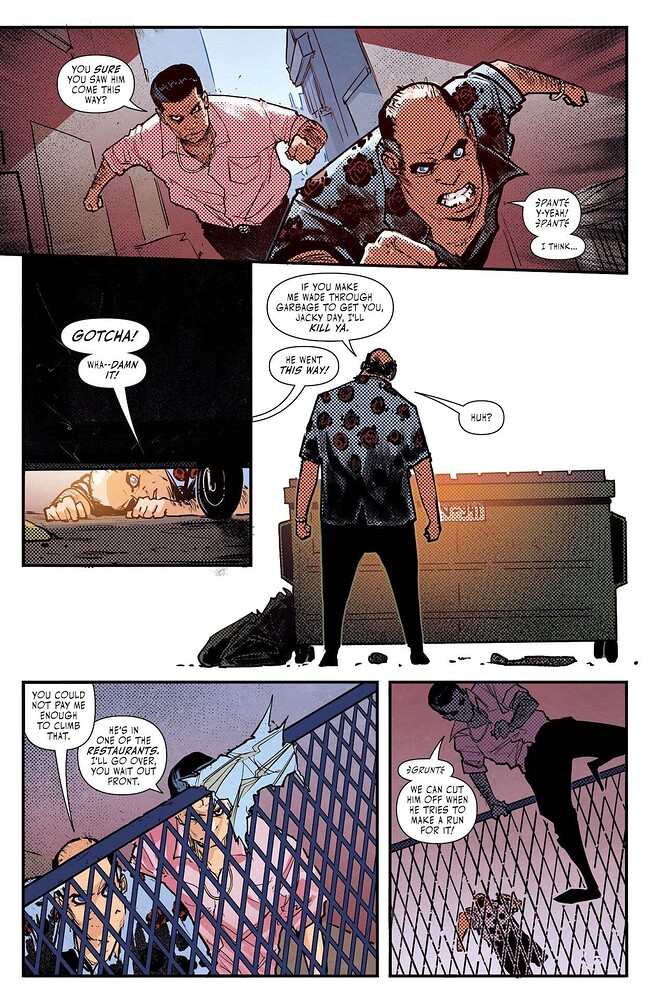 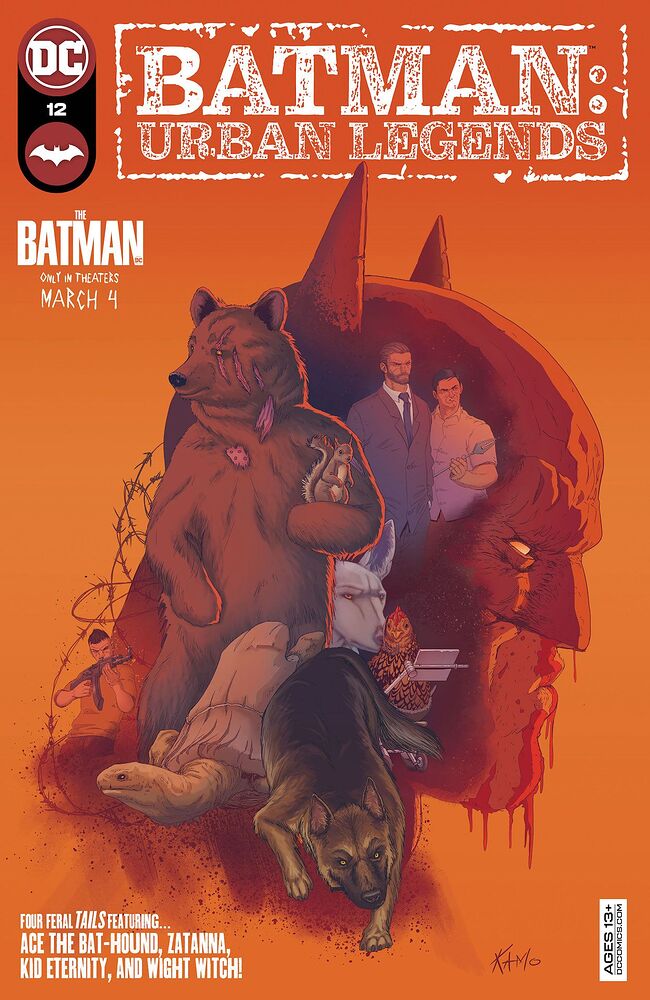 Ace the Bat-Hound is locked away in a secret lab run by super-villains! Batman and Zatanna have to pick up the pieces after a magical catastrophe. Wight Witch and Ghost-Maker meet students of their sensei they never knew. Eternity’s crimes hit home. 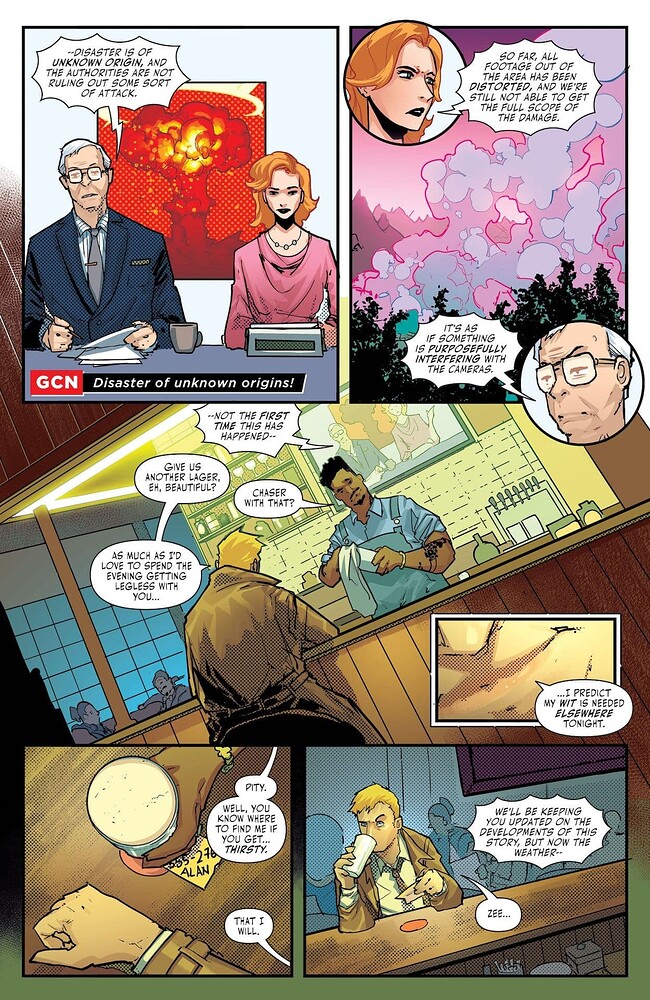 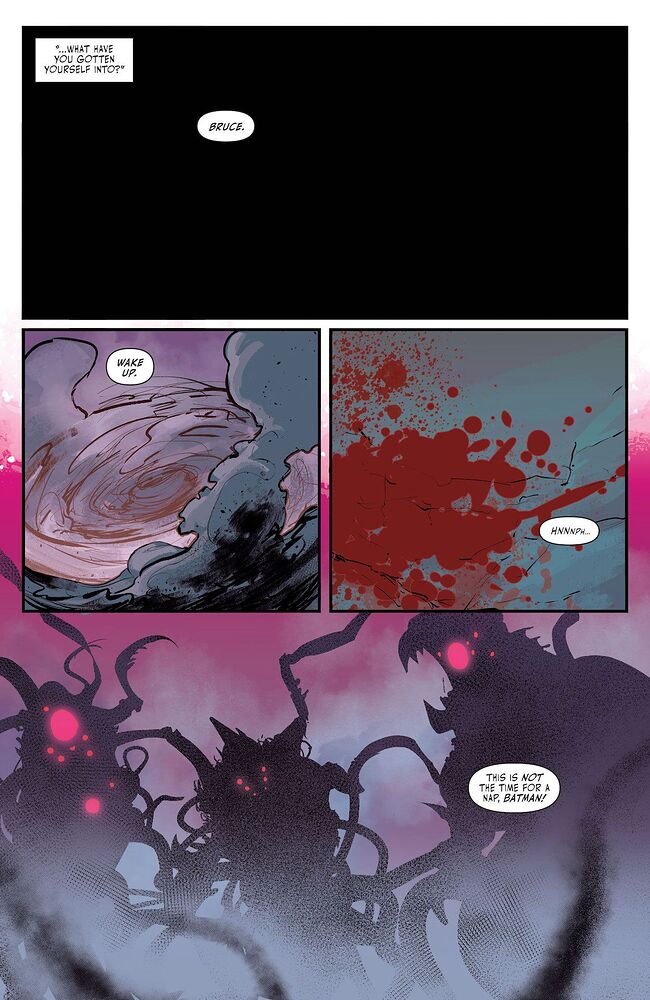 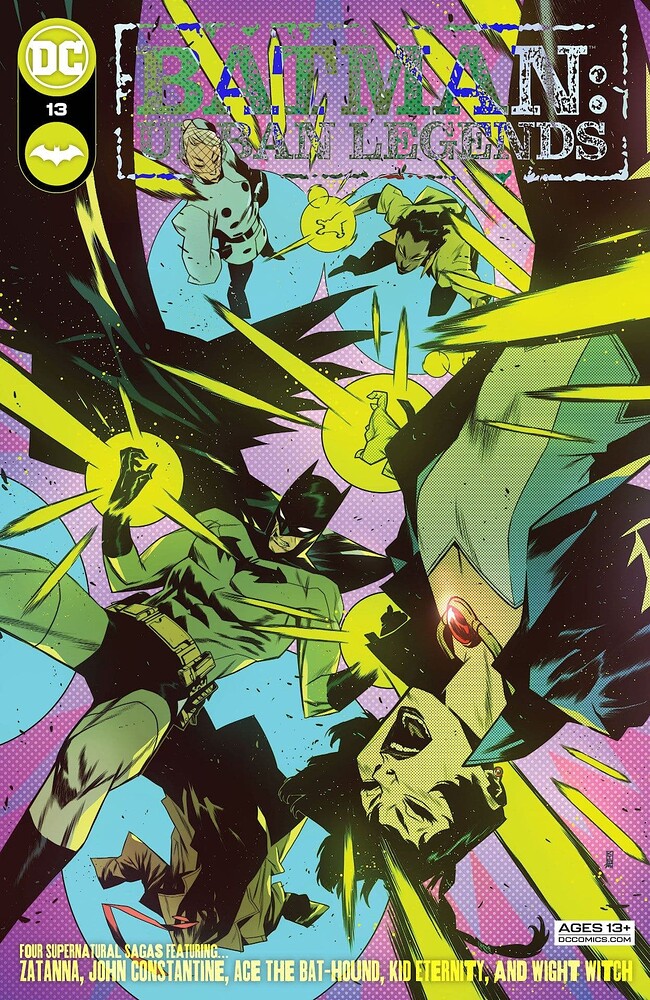 John Constantine enters the fray to help Batman and Zatanna with their mystical woes, but will he only tear the two further apart? In the final “Eternity” chapter, Christopher Freeman comes face to face with a brutal killer to help solve a decades-old murder…will he survive? Ace the Bat-Hound leads his posse of DC Super-Pets-Merton, Lil’ Nutz the thieving squirrel, and Ursa the Russian bear-as they finally break free from the evil lab! But will they get very far without knowing where Batman is held captive? 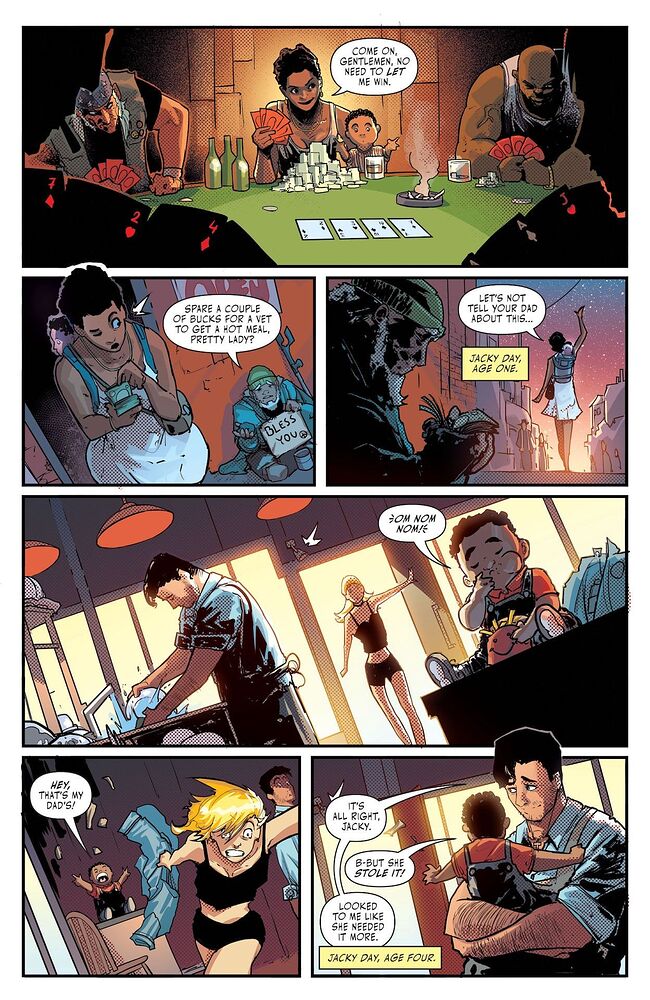 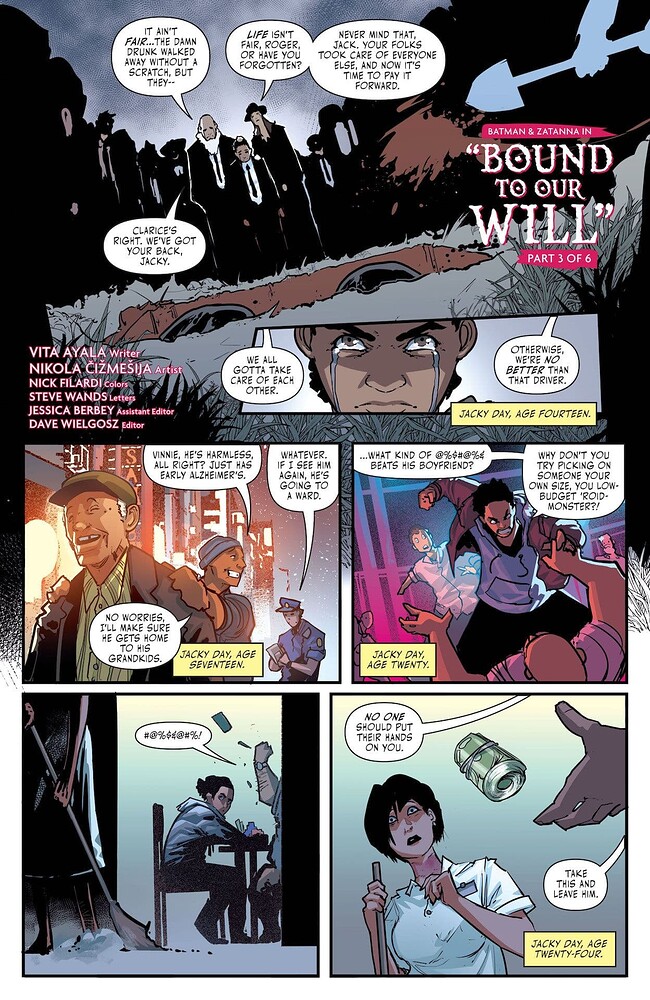 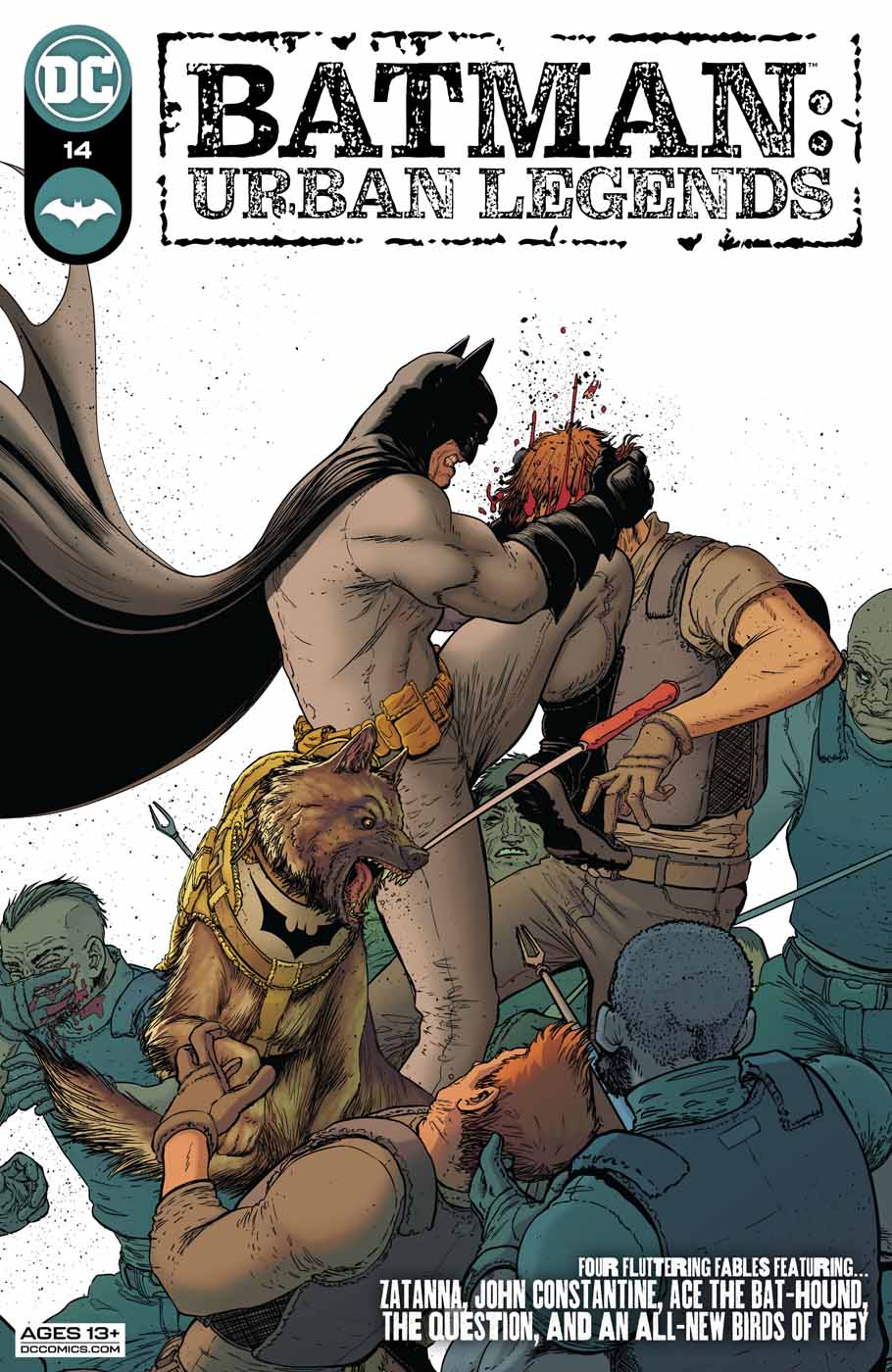 Description: Batman and Zatanna are at the mercy of the DCU’s newest magic! Ace the Bat-Hound and the Super-Pets versus Gotham’s worst villains! A new Birds of Prey led by Lady Shiva and Katana? And a team-up between Batman and the Question! 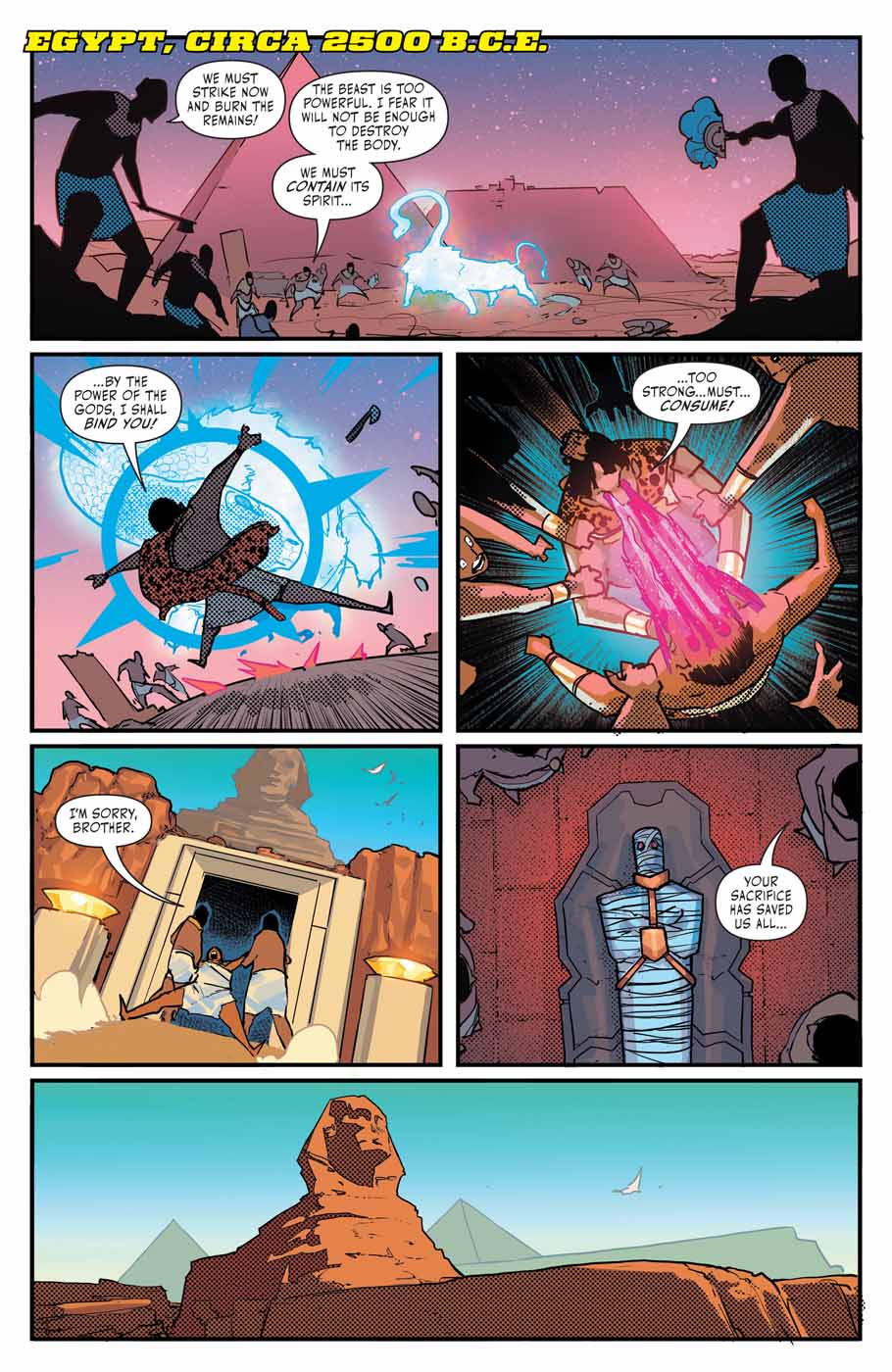 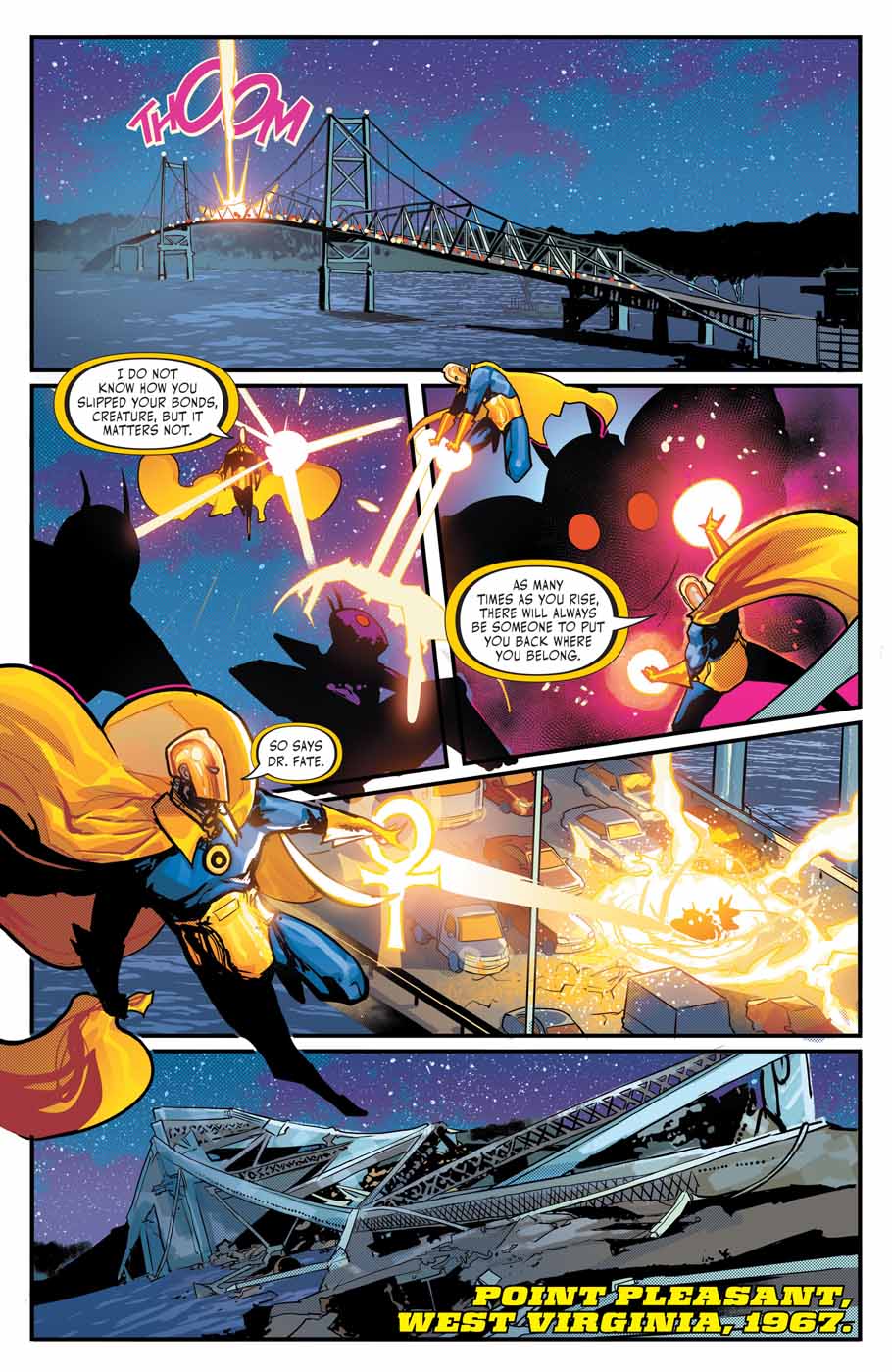 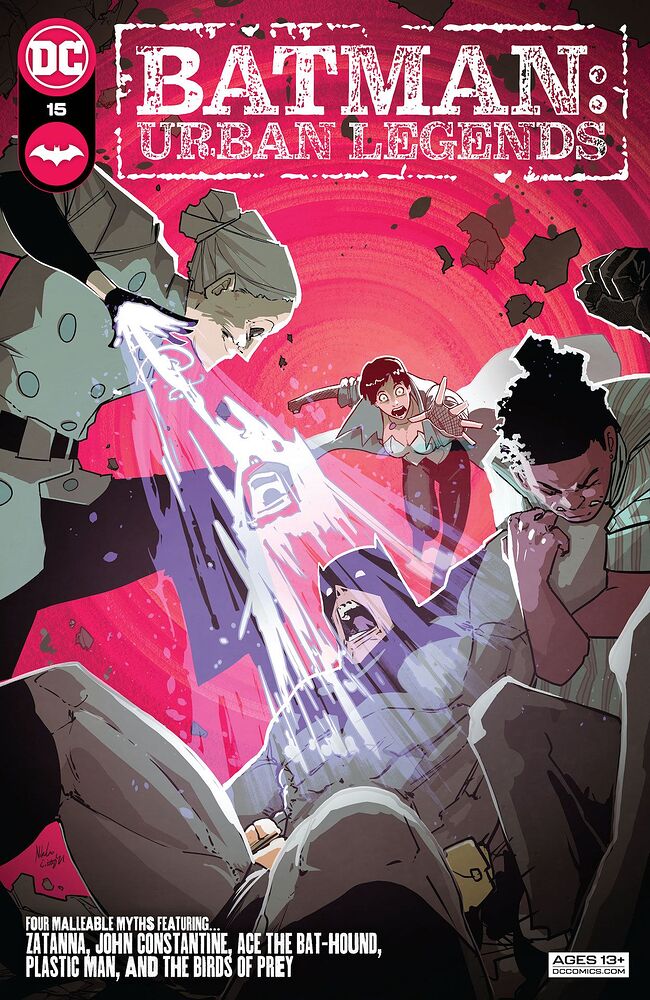 Zatanna has to save Batman’s soul! Ace the Bat-Hound must confront the source of his trauma…The Joker! Meanwhile, the night of Batman’s auction is finally here! Katana doesn’t buy what Lady Shiva is selling for a second about the new Birds of Prey, and she’s going to let her know personally. Batman has to team up with Plastic Man to save a criminal from having his life taken by the Penguin and KGBeast! 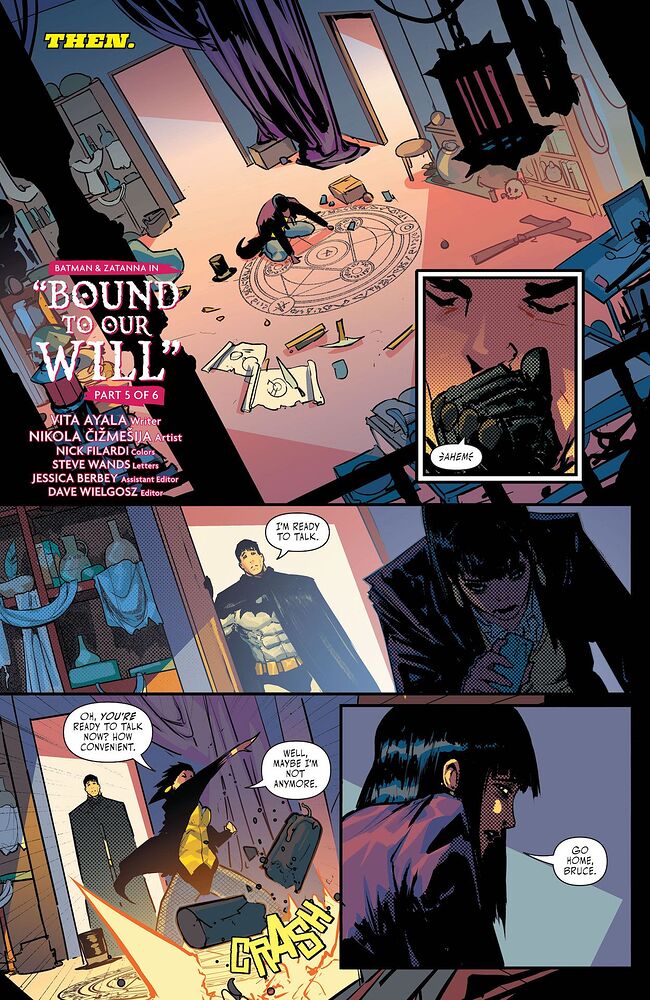 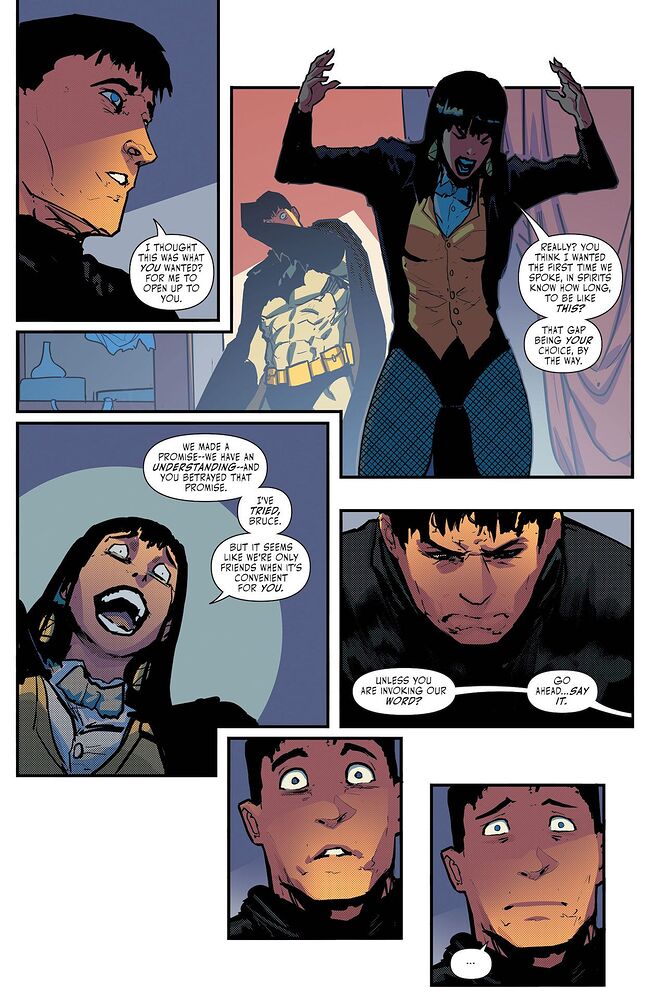 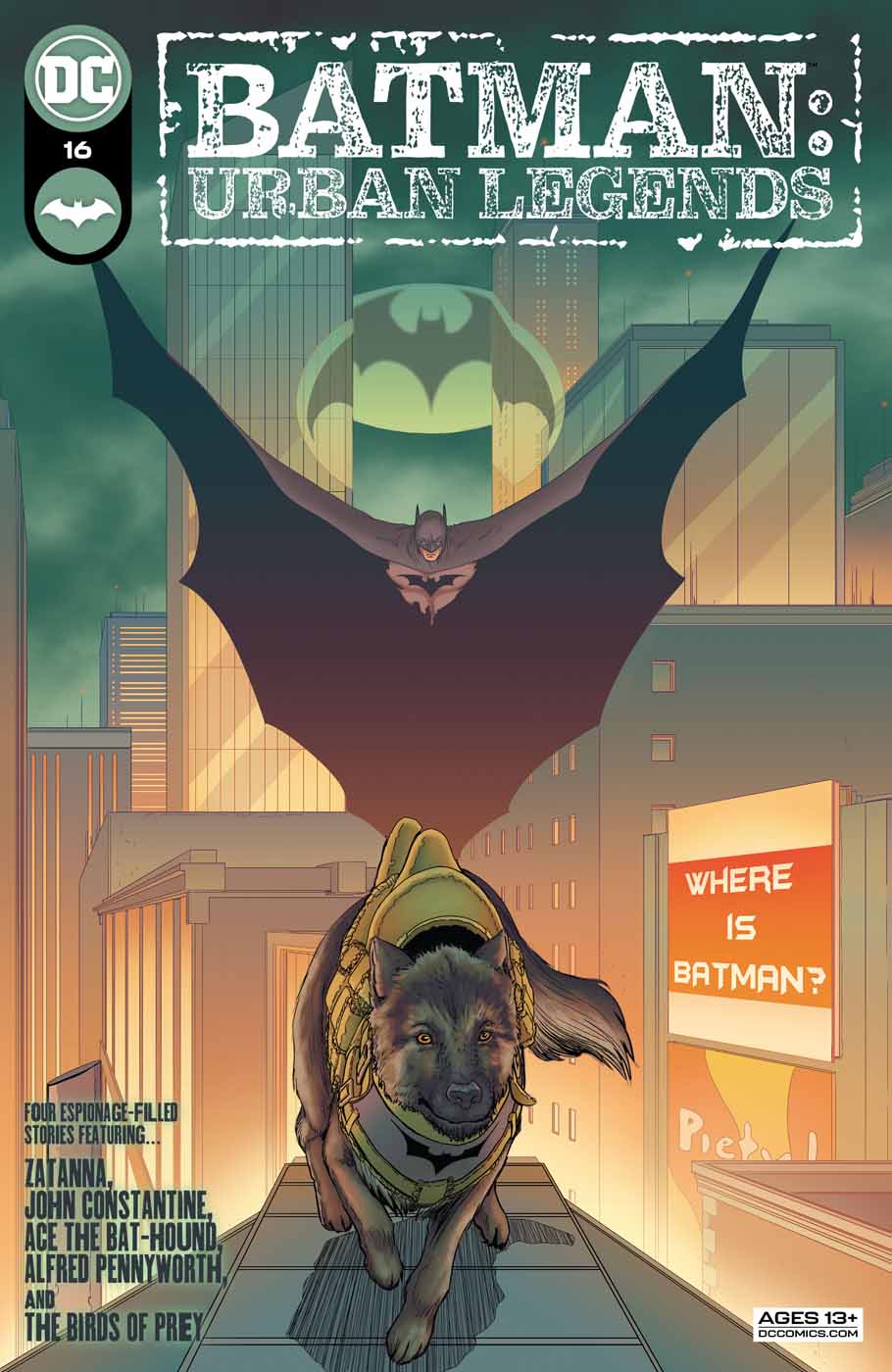 Description: Batman and Zatanna stand up against the curse they’ve been facing throughout their whole relationship! Ace and his Super-Pet compatriots make their last stand. Will the new Birds of Prey crumble because of their lack of trust in each other? And we go back in time for a Batman and Alfred team-up story where Alfred’s taking the lead on the action! 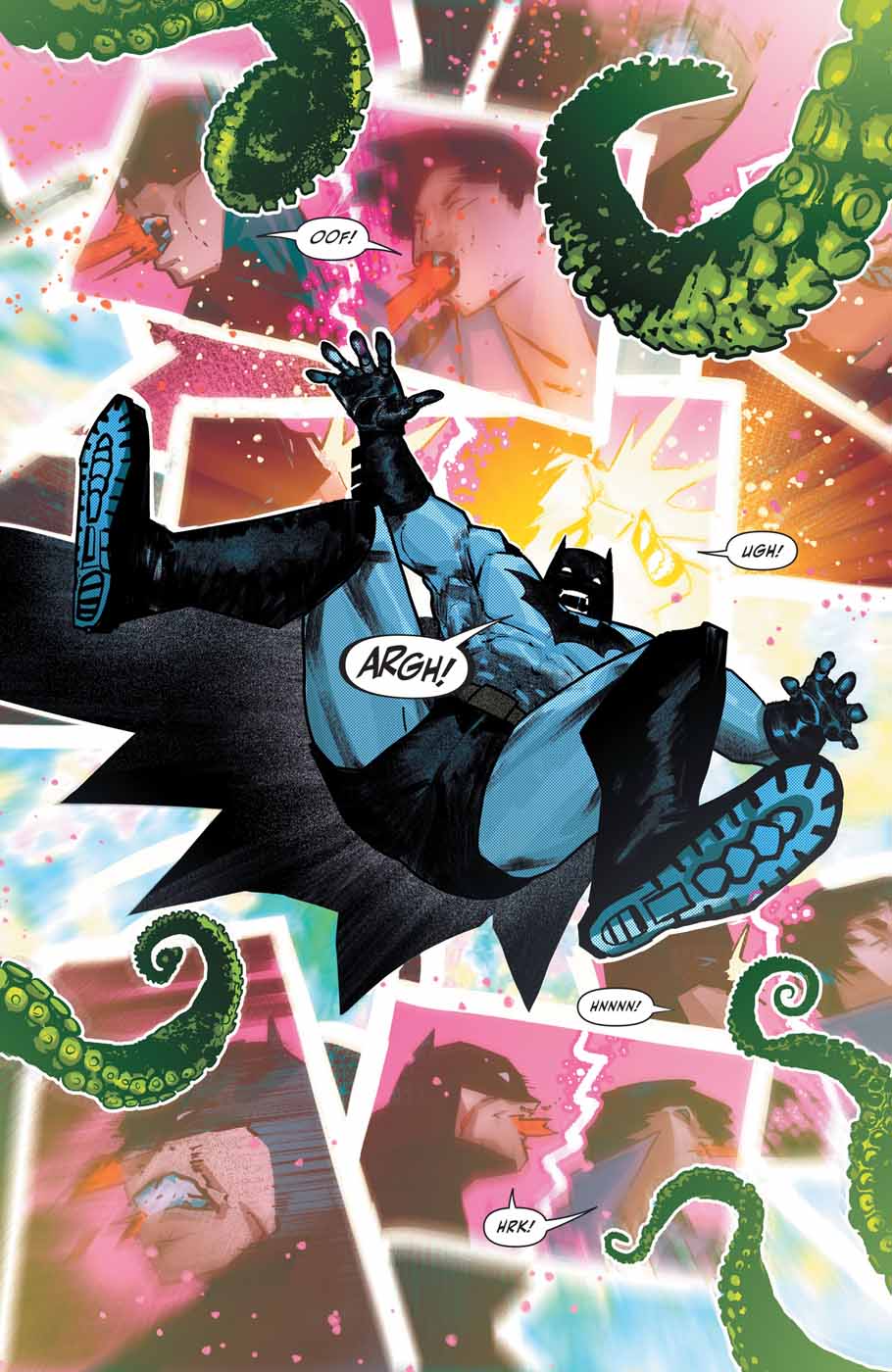 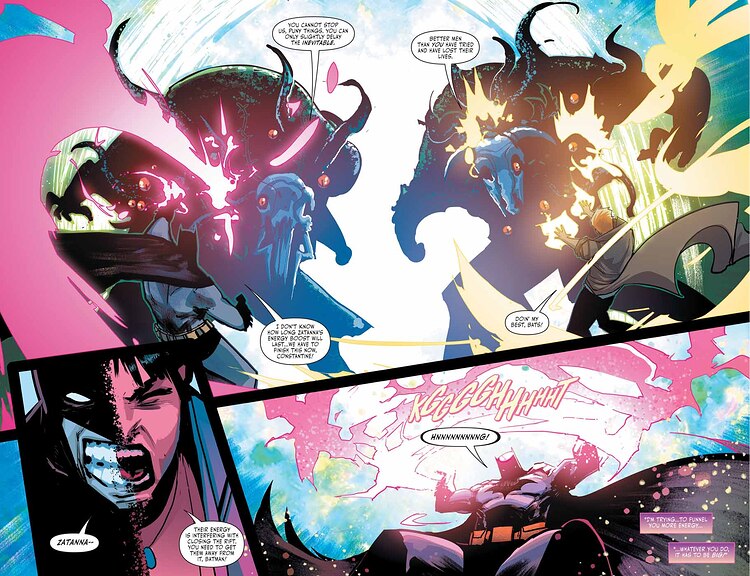 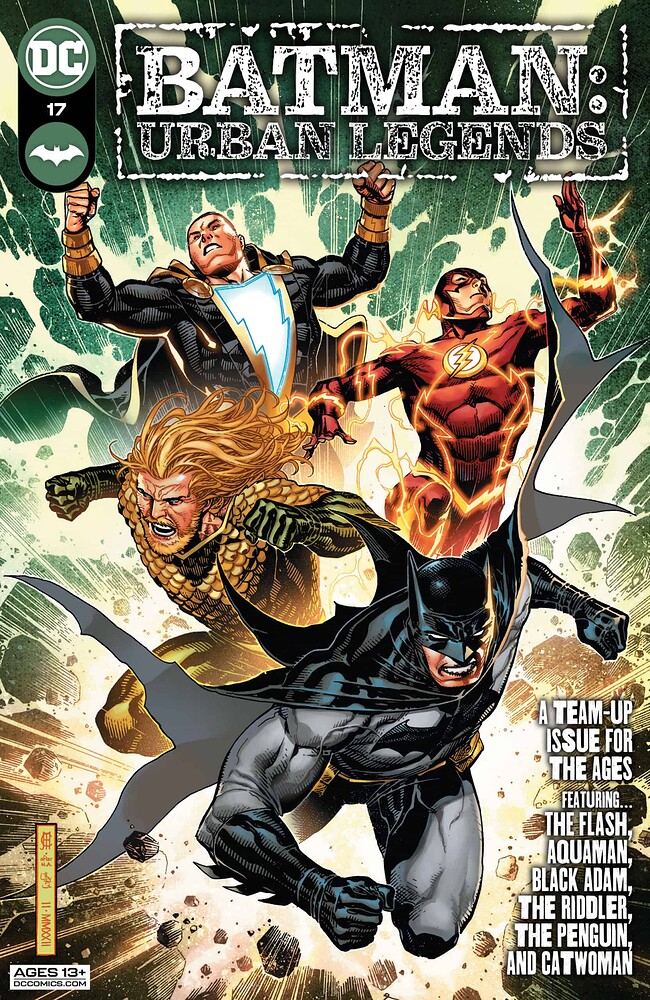 A blockbuster issue! Batman teams up with the Flash, Aquaman, and Black Adam in three spectacular stories in this special issue of Batman: Urban Legends, celebrating the Dark Knight’s monumental year on the silver screen! Also features a Bat-villain-centric bonus story. Brought to you by four stellar creative teams. Perfect for old fans and new readers alike! 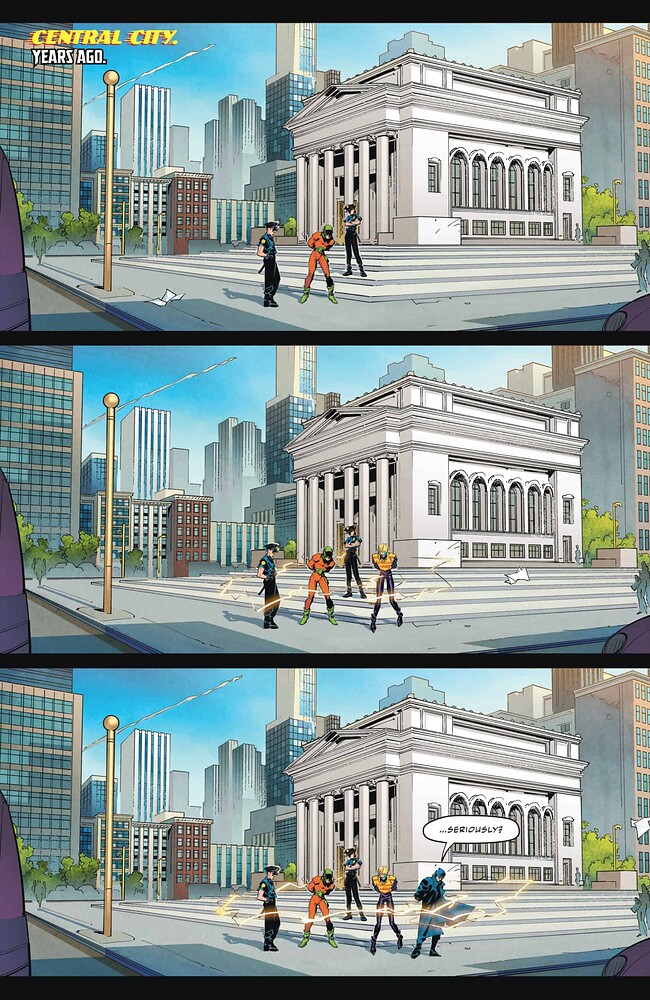 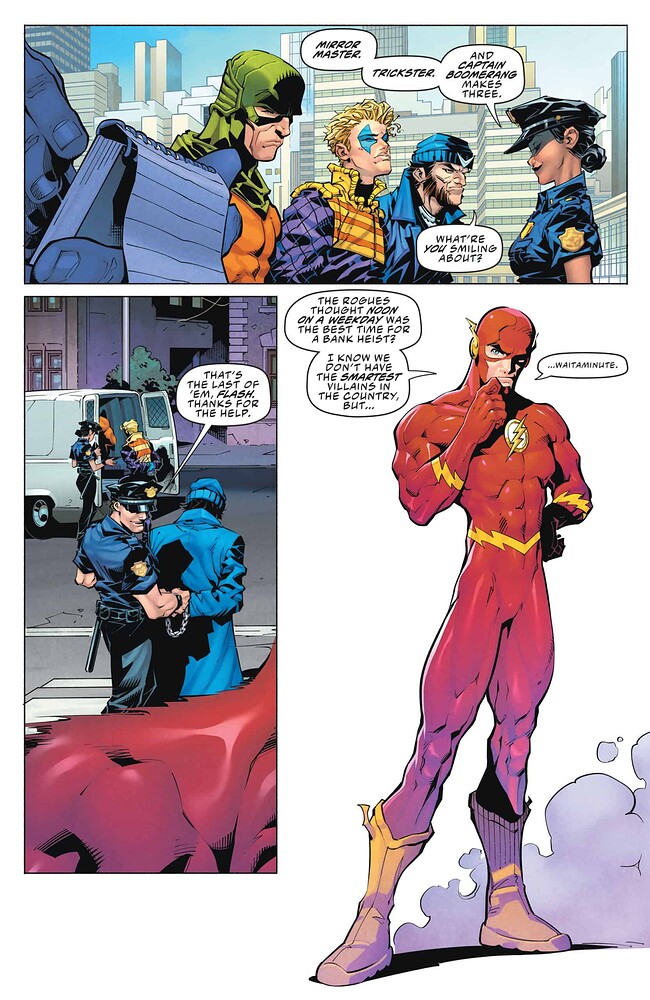 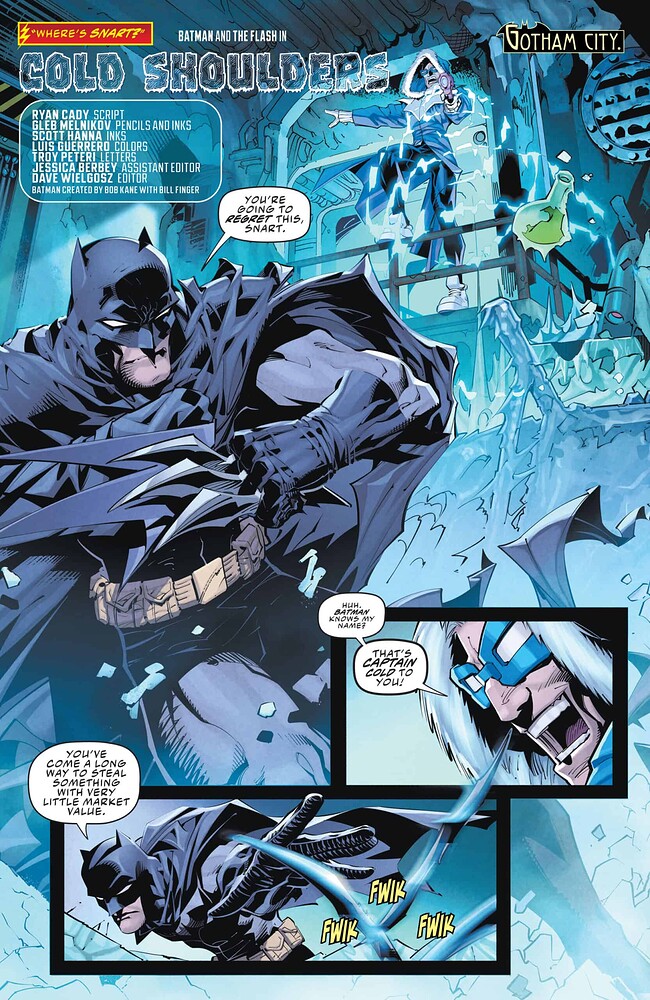 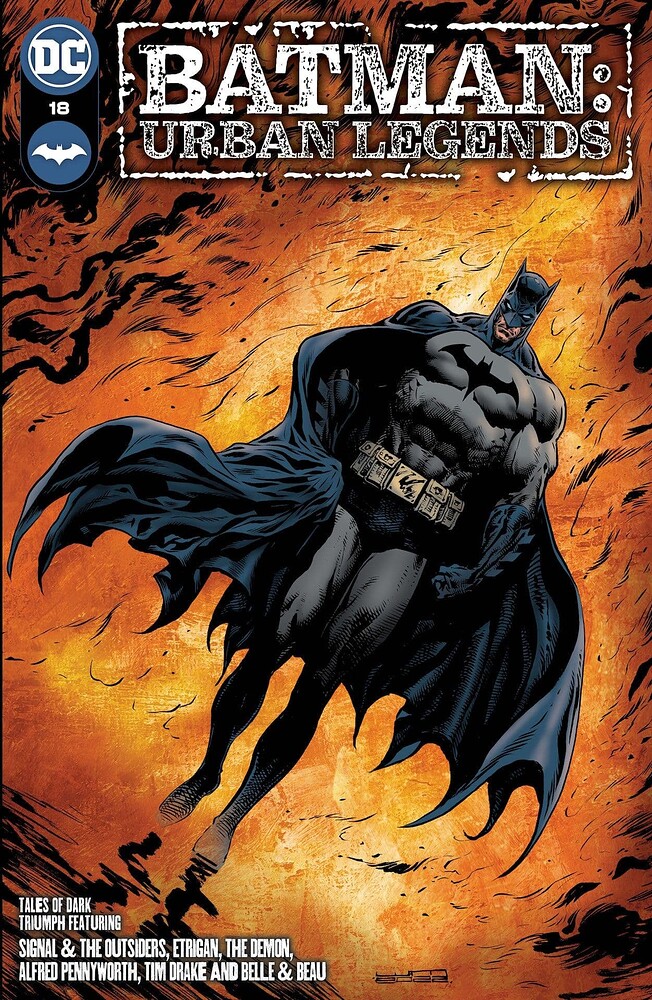 One small step for the Gotham villains, one giant leap for clown-kind! That’s right…this fashionably vocal clown is headed to space. Turns out there’s some old experiment left in the J.L.A. moon base, and Luke Fox has put together a team of former villains to help clean up the mess. Sendin’ a buncha villains to the moon…? What could go right?! Join me, Killer Frost, Bronze Tiger, Solomon Grundy, and more as we learn to moonwalk and put the X in Task Force XX! The countdown to Harley’s 30th Anniversary BEGINS! 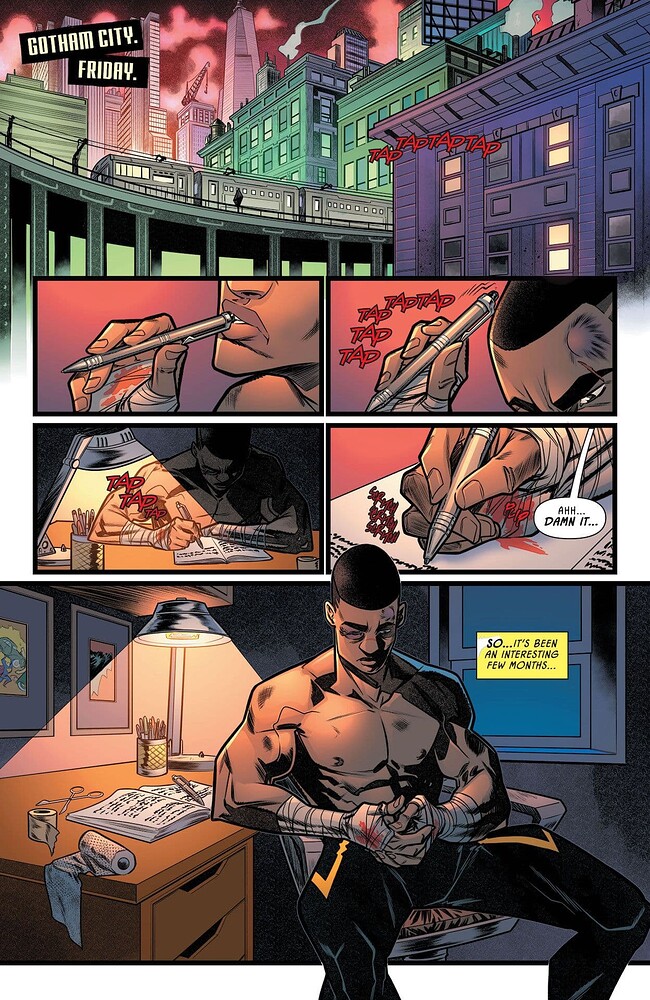 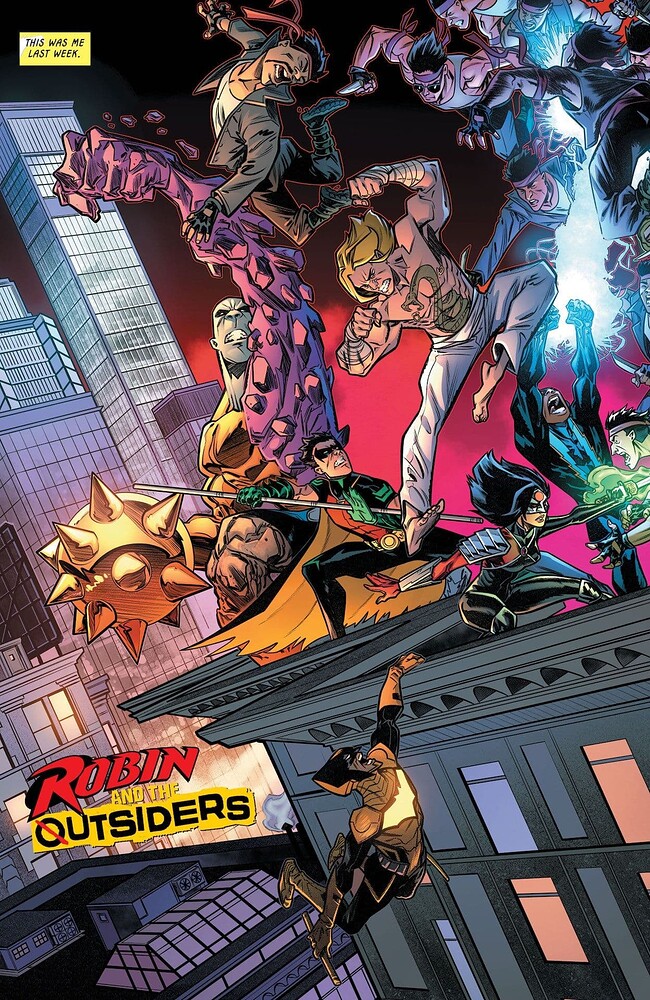