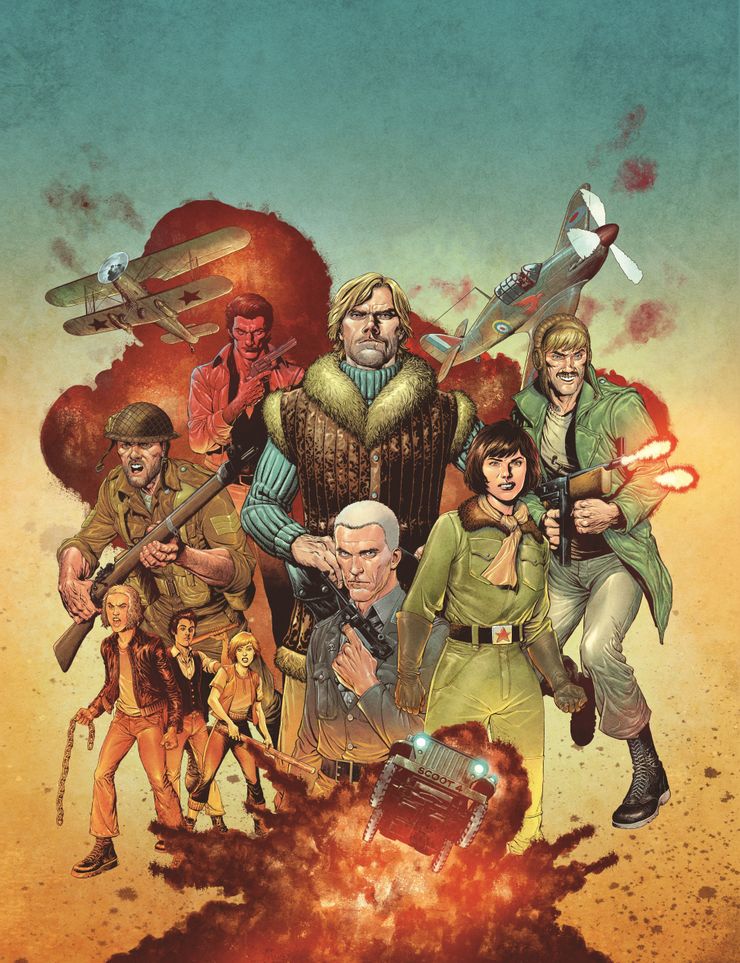 2000 AD is bringing back the controversial British comic series Action .

The original Action debuted in 1976 and was published by IPC Magazines. Created by Pat Mills, Mike Dorey and more, the series was notable for putting its own unique spin on classic action stories like Jaws . It also helped pave the way for more adult comic titles, like the aforementioned 2000 AD and the books published under DC’s Vertigo Comics imprint.

Battle Action Special goes on sale in June from 2000 AD before arriving in traditional bookstores in September.