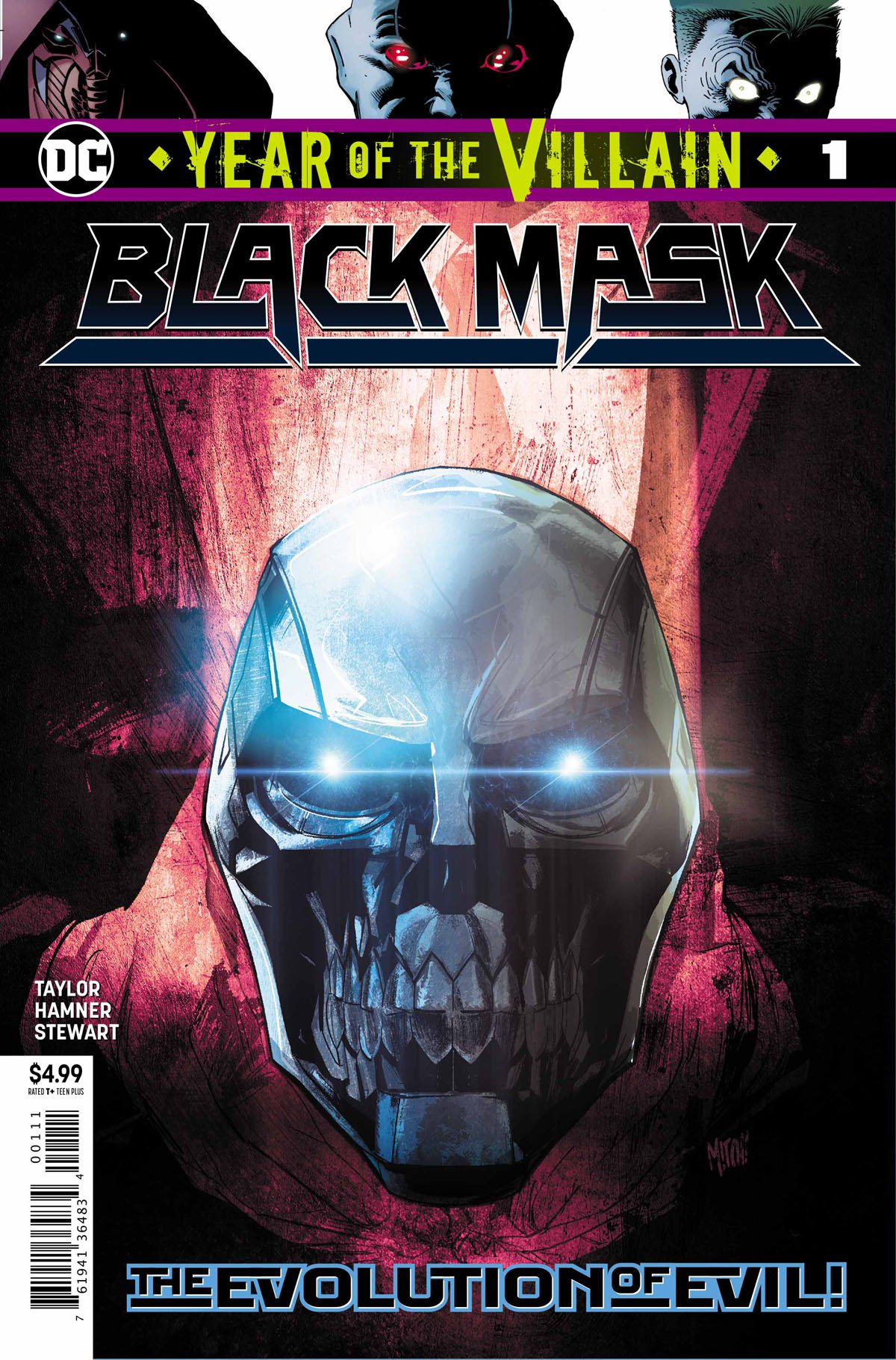 (W) Tom Taylor (A) Cully Hamner, Dave Stewart (CA) Mitch Gerads
Black Mask was one of Gotham City’s most ruthless crime lords. He had money, power and respect. But after months in the Teen Titans’ secret prison, Roman Sionis is finally free. Given a new purpose and new abilities thanks to Lex Luthor’s offer, he’s found a new racket. Corporate crime not only pays better, but it’s far less dangerous. At least until Batwoman discovers what he’s up to and plans to put an end to Black Mask’s latest power grab. Is Black Mask the same crime boss he’s always been, or has time and a new approach made him something far more unstoppable than he’s ever been?
In Shops: Aug 21, 2019
SRP: $4.99