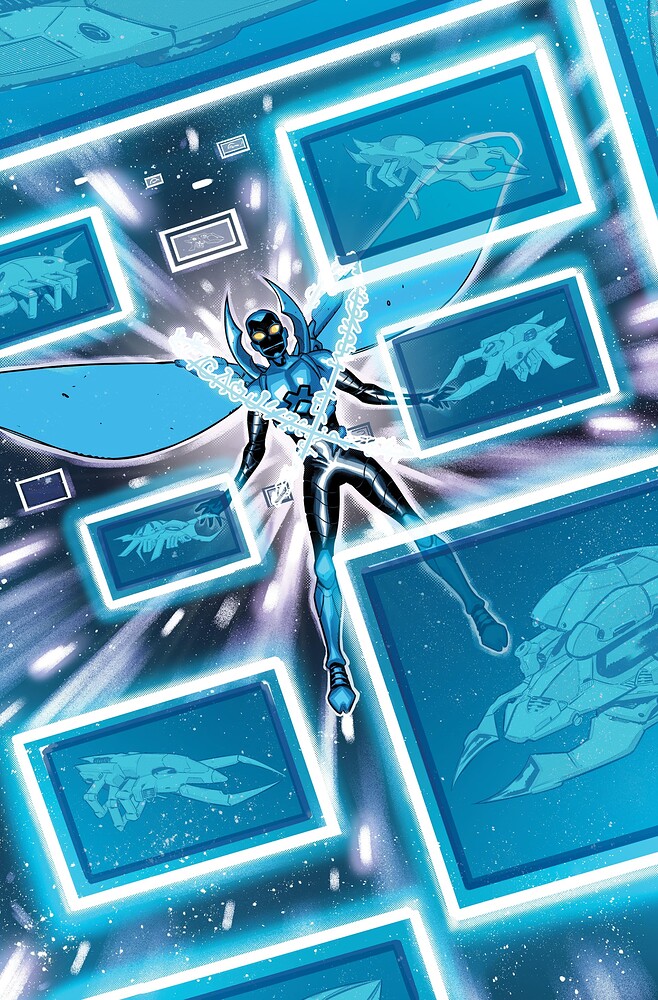 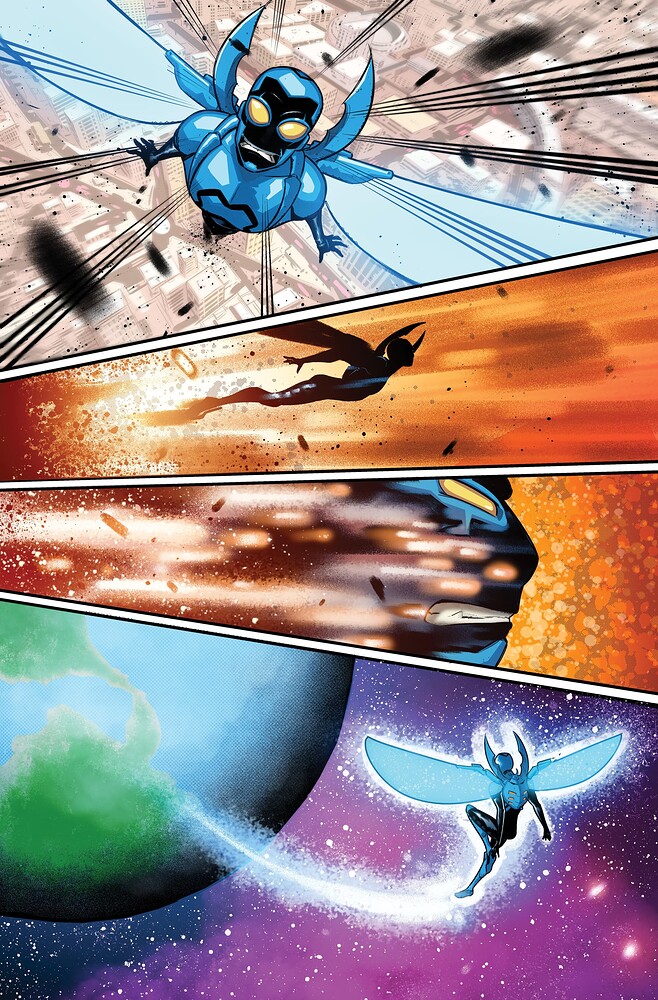 It’s time for Jamie Reyes to step into the next chapter of his superhero career, and while he’s ready for whatever comes next, figuring out exactly what that next step is will be the tricky part. That journey kicks off in Blue: Beetle: Graduation Day #1, which will release this November and will be helmed by writer Josh Trujillo and artist Adrian Gutierrez. DC has now revealed a new look at the anticipated series and the first issue’s release date, with Blue Beetle: Graduation Day #1 hitting comic stores on November 22nd.

The new series will have Blue Beetle facing a brand new villain as he also attempts to sort out mysterious messages coming from the Reach, which have interrupted his high school graduation. There will also be a new Yellow Beetle introduced and a new city named Palmera City as well. Plus, the series will even include Starfire for a bit.

« Written by Josh Trujillo, with art by Adrian Gutierrez, the six issue miniseries finds Jaime trying to decide what comes next for him-while juggling a new villain tearing up El Paso and his friends and family pressuring him about his future. Now, Jaime must figure out why messages from the Reach are bombarding his scarab, Khaji Da and what’s drawing the Reach back to Earth… with help from some familiar faces. » 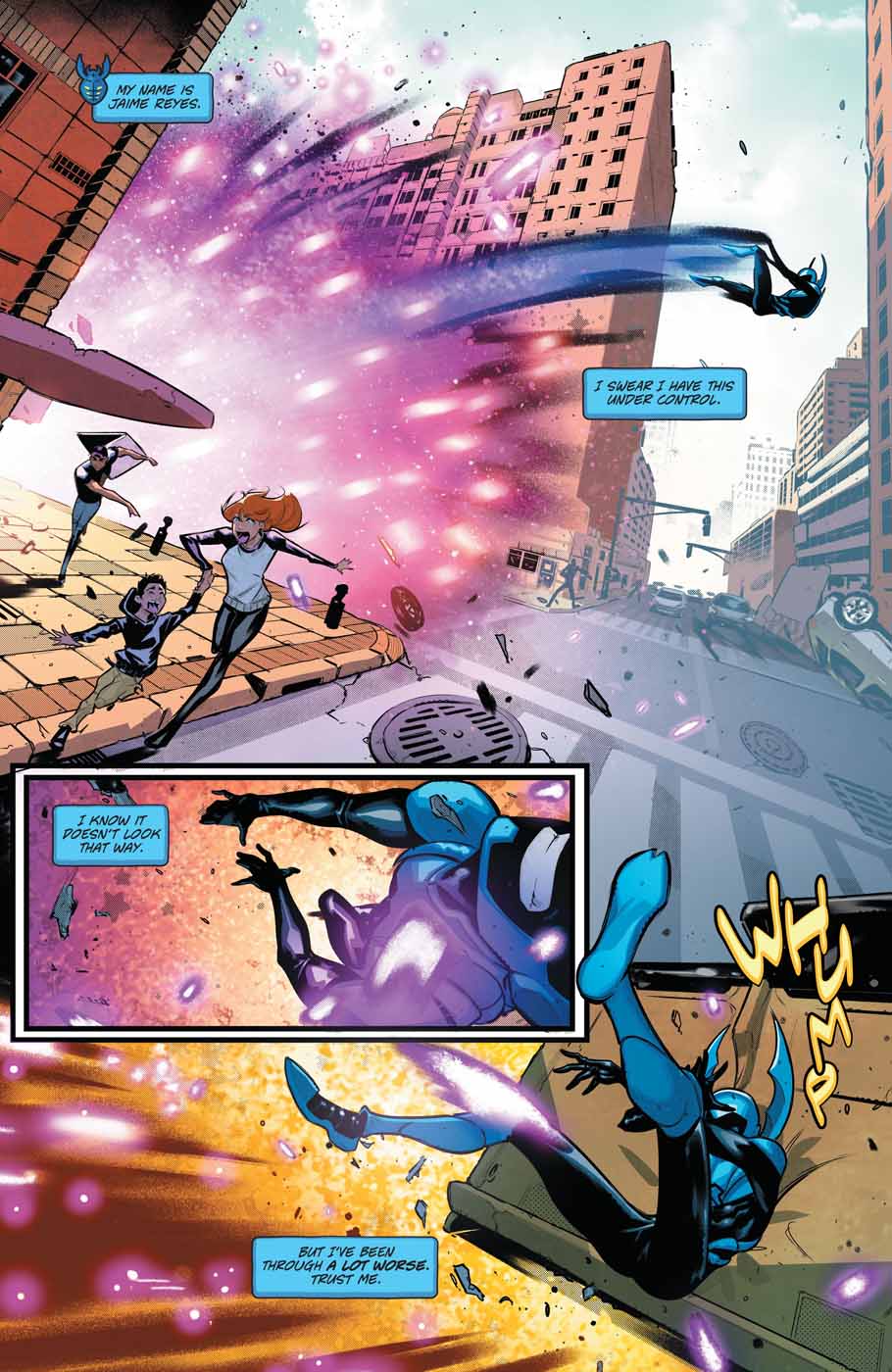 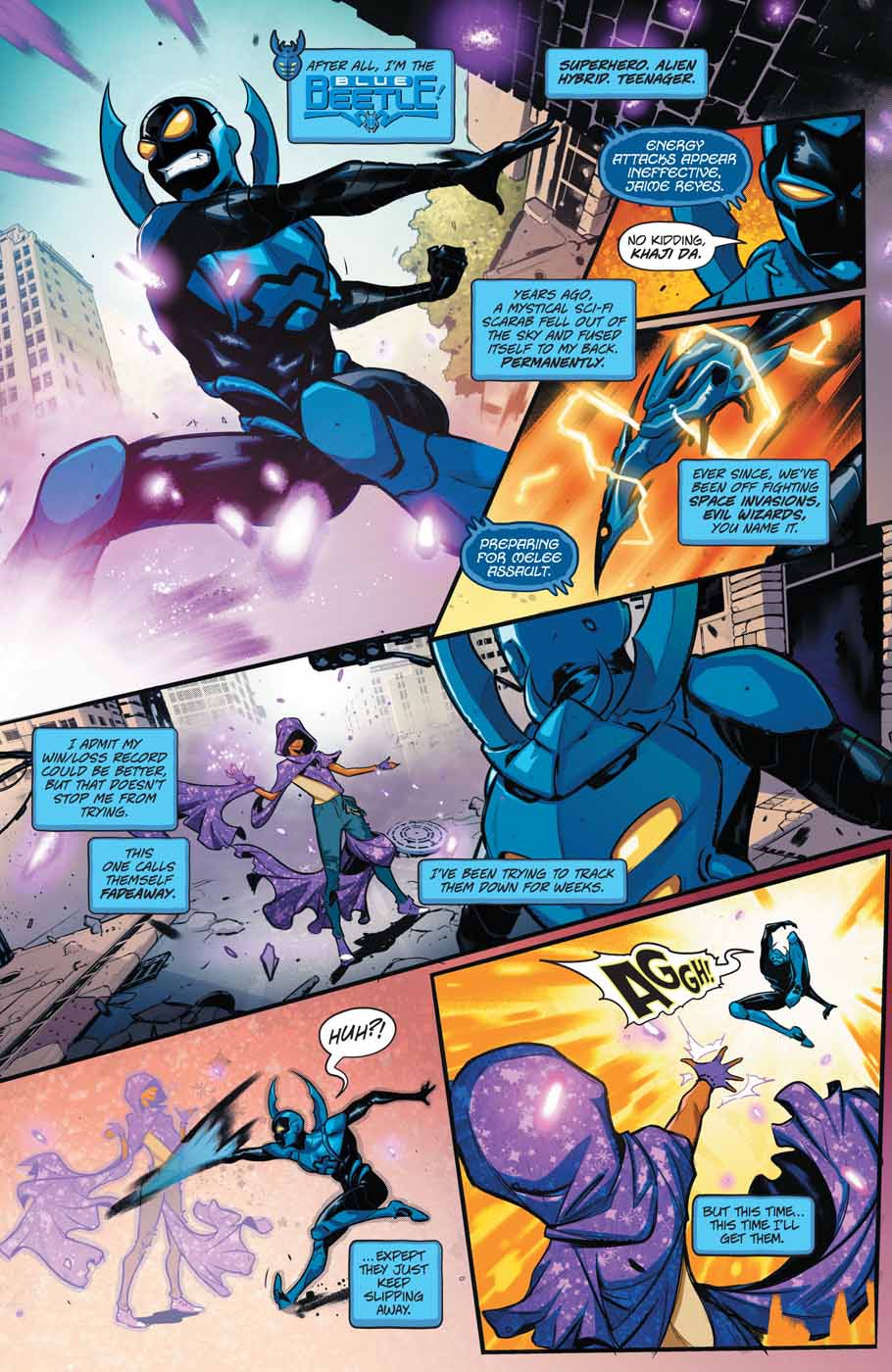 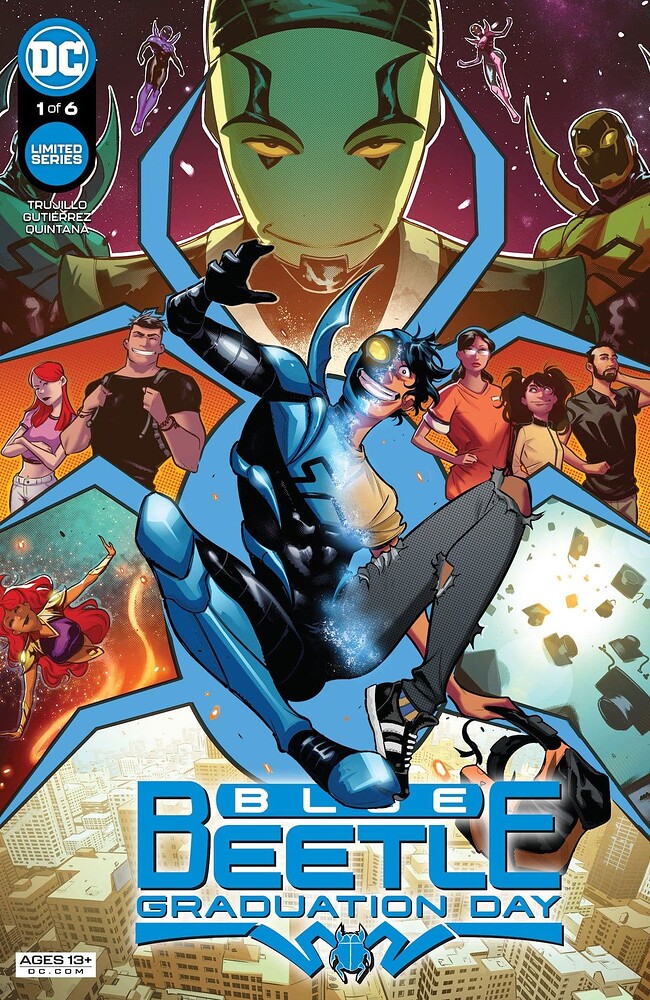 Jaime Reyes has a lot to juggle. Whether it’s his finals for senior year or a new villain tearing up El Paso, Jaime is always torn between two worlds. But when his worlds come crashing together at his high school graduation, nothing will ever be the same. A message from the Reach bombards Jaime’s scarab, Khaji Da, and it starts throwing off his connection to the device. And as if that wasn’t enough, Jaime’s parents and friends are pressuring him about his next steps in life. But what’s hidden here on Earth that’s drawing the Reach back? And where did this new Fadeaway Man come from? Can Jaime find balance in his life and rise to become a true hero, or is it curtains for Blue Beetle? 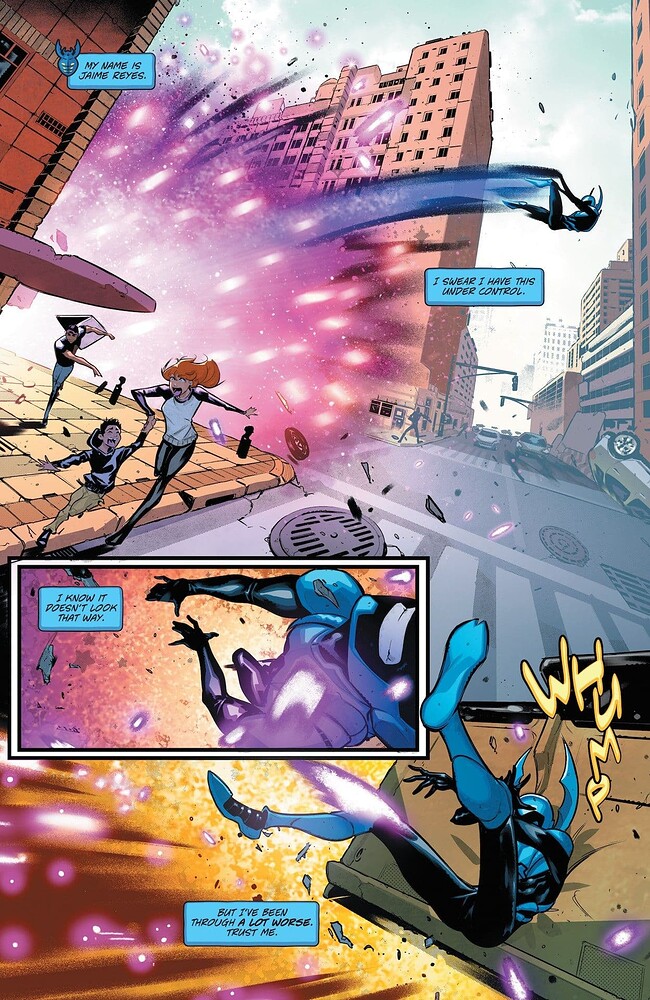 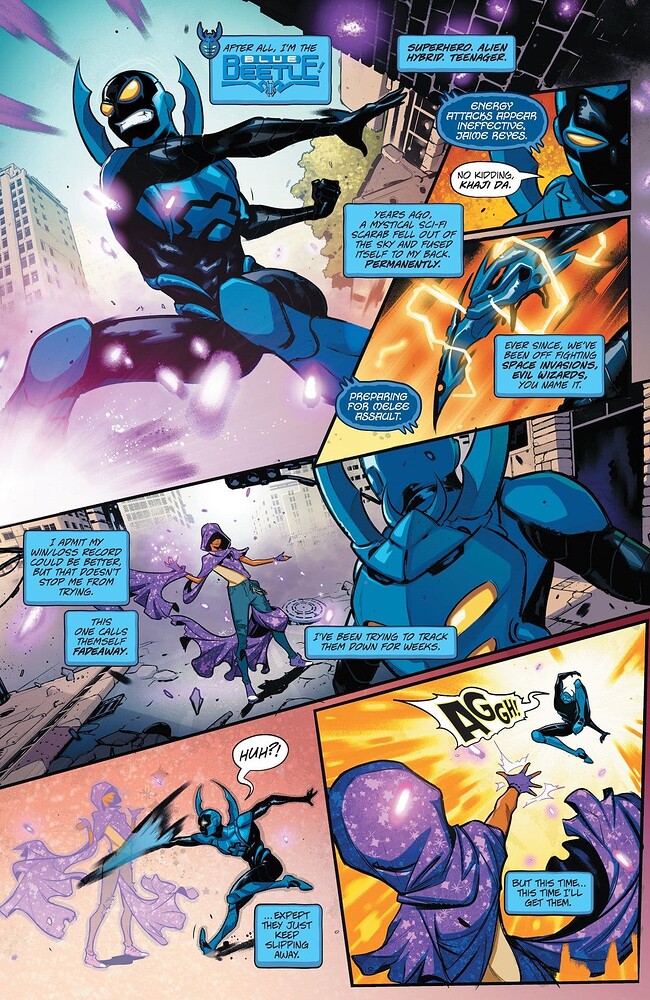