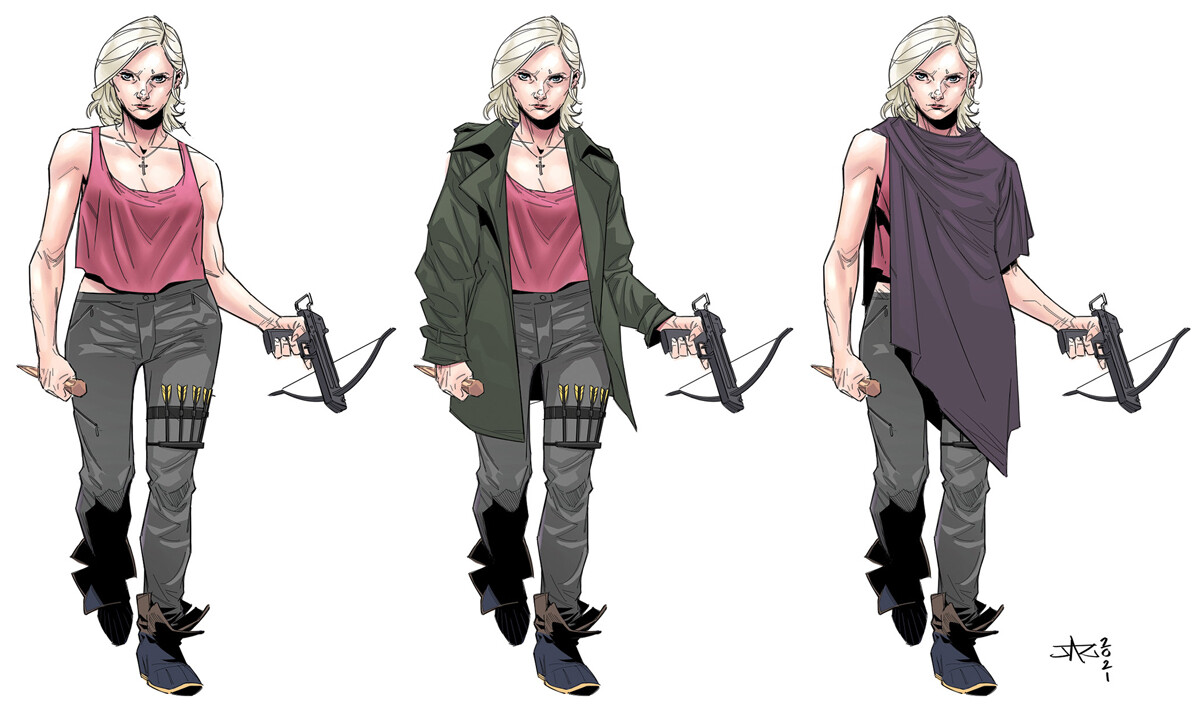 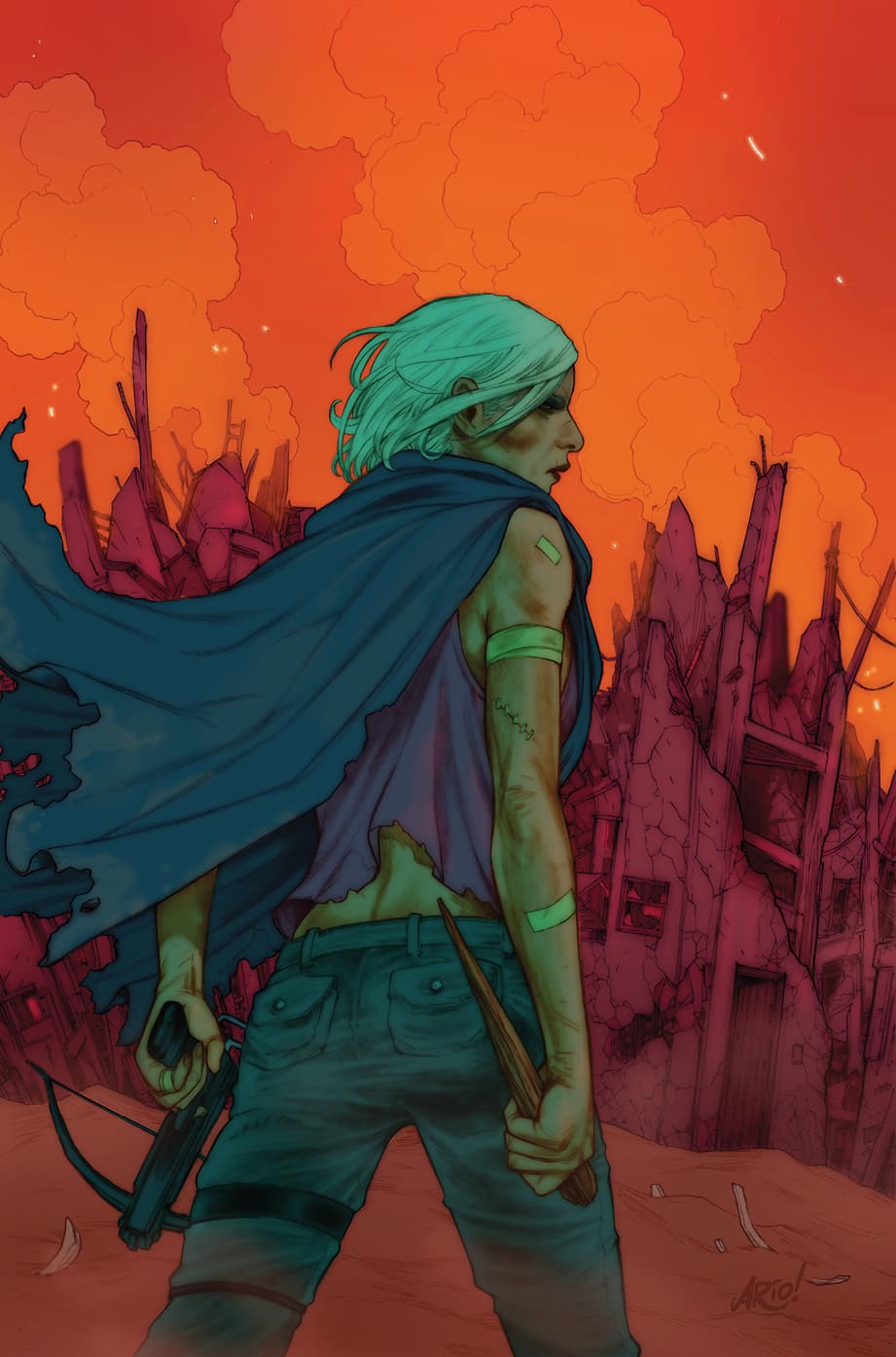 « In a world ruled by darkness, Buffy Summers is the last Slayer. A magical catastrophe has ended the Slayer line and nearly blotted out the sun, allowing vampires to prey on humanity unimpeded. Now in her 50s, Buffy wages a desperate one-woman fight against the forces of evil. That is, until she stumbles across something she hasn’t seen in a long time … hope, in the form of a prophecy and the young girl who carries it. »

« It’s been such a privilege to tell a story from Buffy’s mid-life years, » Gilly said. « We so often see women in their 50’s being overlooked, but our Slayer refuses to become convenient and invisible. I hope fans who, like me, grew up with teenage Buffy and now find themselves approaching middle age, can see their current selves in her – someone heroic, wise, and maybe just a little bit salty. There is so much I’m excited for with this series, but I truly cannot wait for y’all to see the gorgeous work Joe Jaro has done bringing Buffy The Last Vampire Slayer to the page. He is incredible. »

« I’ve been a fan of Buffy and the Buffyverse since my school days, » Jaro said. « It was a great mix of action, horror, and comedy. I’m so excited to now be able to draw Buffy and the rest of the Scooby gang, and add our own twist to her story as a creative team. »