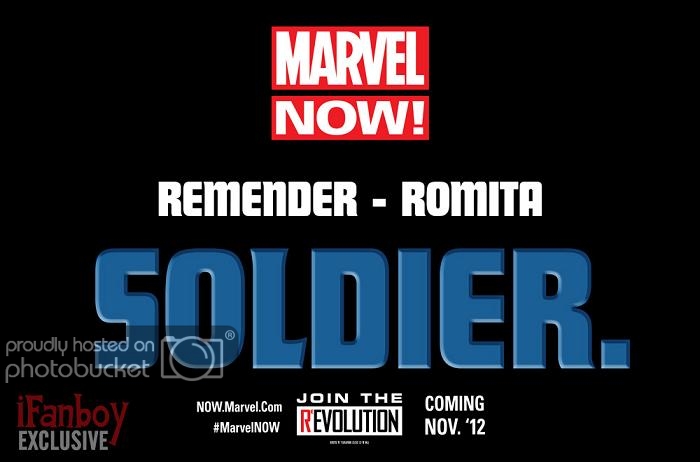 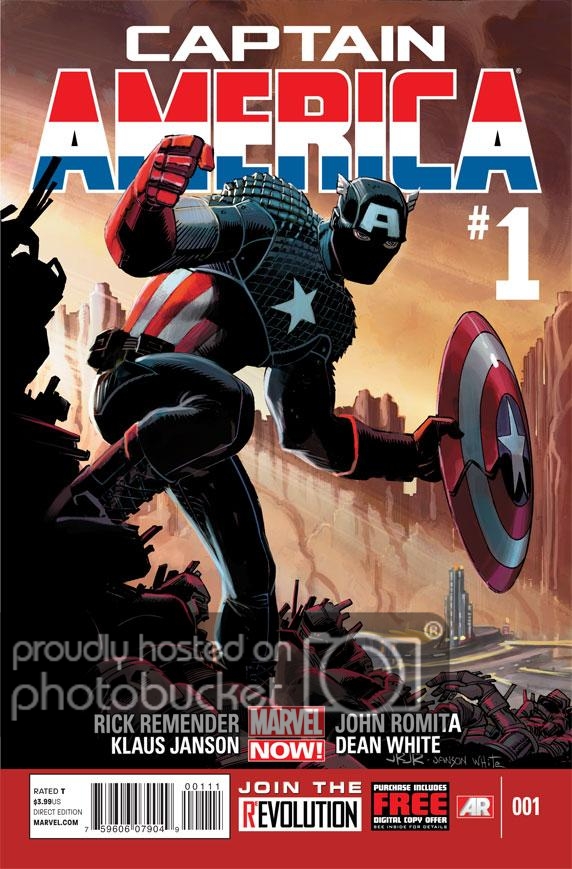 *On Moving Away From The Tone Set By Ed Brubaker: *

Tonally, it’s very different. It’s a hostile takeover. It’s a complete shift from what Ed was doing and I loved what Ed was doing, but if I were to try and emulate that or to continue that tone, it would be Ed light. It wouldn’t be the same thing. So I’m leaning in to what I like to do, which is high adventure, sci-fi, with spy fantasy, with a heavy focus on the man under the suit. It’s very character-focused conflict stuff. One of the mandates I have to myself is, I don’t want to touch the World War II stuff. I think that that has been done, now, and it’s been done perfectly. To go back and to keep focusing on Cap in World War II at this point, again, would be following too closely to what Ed has already done. What I’m doing is spending a lot of time in the Lower East Side of Manhattan in the 20s and 30s, showing Steve grow up. The first arc is 10 issues, and it’s called “Dimension Z.” I don’t want to give away too much, but a big portion of it is Cap dealing with Arnim Zola in Dimension Z. I’m trying to take Zola and do with him, what we did with Apocalypse over in Uncanny X-Force. Where we take what’s there, re-imagine it, build a new mythology and really expand Zola, and try and build Zola into a very, very big and important character. The other half of it is going to be a lot of flashbacks to a young Steve Rogers growing up in Depression-era Lower East Side, and getting to know his family and his friends, and how this 98-pound weakling became such a tenacious, strong person; focus on the fiber and the integrity of who he is, and really develop that for the first time.

*On The Introduction Of The “Green Skull”: *

The Green Skull is somebody that I want to seed here, and he’ll be popping up a little bit later. We get a taste of the tail end and sort of like a classic Indiana Jones style cold open, we get a taste of who the Green Skull is, and Cap dealing with the end of his first encounter with him, which I thought was a fun way of handling that. He’s seeded here. He is someone who believes that humanity is the cause of all problems on earth and he wants to turn humanity into soil for plants. He’s got a chemical agent that can do that. We open with Cap dealing with sort of the classic 007/Indiana Jones cold open where he’s dealing with trying to stop that. It really is a big seed for what’s coming up into year two more than anything. It’s exactly the 007 cold open where we get a nice bit of action and then he’s on to the next complication. We’ll see that kind of bubble up in the C story and then come to light probably next year. When you see who he is and we get into him and define him, it’ll obviously open up a can of worms with Red Skull as well. This is somebody who is P.R. minded as well and he wanted something that he thought could. The green representing obviously plant life, and ecology and stuff, and then the skull representing death. This guy is a contrivance and he’s aware of it. I’m trying to dance around it because pays off a couple few times. Without giving away too much, no — he’s not connected to the Red Skull. Yet.

*On His Plans For Arnim Zola: *

The thing I really love about Zola is he’s the bio fanatic. He’s just the guy who is, he’s twisted and crazy. He’s constantly mashing up creating new takes, creating new forms of life and searching for that perfect life to create this perfect being. Personality wise, this guy is equal parts, he’s like the twisted evil Joffrey in Game of Thrones, and sort of like a cold amoral, like the amoral minions of Hans Landa in Inglorious Basterds. He’s a very interesting character the more I read about him and try and build him up. He’s one of those characters that visually always are very distinctive but he’s been relegated to Red Skull’s henchman, sort of a guy who pops up once in a while. He poses a threat but it’s never the kind of threat where you’re like, “Wow, this is going to be huge.” He’s got an unquenchable thirst for knowledge and he needs to be free to experiment on whomever and however he desires. It’s not like power or revenge he’s out for, his drug is knowledge and he’ll go to any lengths to accomplish this. He’s the archetype of the Nazi concentration camp experimenter taken to the extreme, and that is such evil. That all life to him is this clay that he can do with what he will. When we see what he’s up to and what his plot is, and how it ties into Cap, I’m really hoping in the dimension Z story that we can take Zola and really elevate him to an A level villain, and I’m pretty confident that we will. There’s a lot of fun stuff planned.

*On The Structure Of The Series: *

Because it’s two stories, the A and the B story. Because the A story is capped in Dimension Z dealing with Zola and the other half is Cap growing up. To tell “Year One”, but to really tell it, it demanded five issues. It deserves five issues. It’s very exciting and I think we’ve got a really great story to tell here. I think that juxtaposing it against what he’s dealing with in the other half of the story really helps both halves. Instead of telling them in separate chunks, they’re inter-spliced for the first 10 issues so it really is kind of two stories being told concurrently. It won’t necessarily be the same amount of issues, it won’t necessarily fall into 18 issue increments, but the way it’s broken down right now, the mega-arc for here pays off in issue 22 or 23 I think. I do like to know where I’m going and like with the Green Skull, I like to be able to seed stuff. If I know where I’m going I can start hanging rifles and seeding things that then you start seeing kind of growing in the background. So when they finally come to fruition and they explode, it was Chris Claremont used to do that so well when he was on point with X-Men. It really kept you engrossed. Not only in the story you were reading but all the questions you had of the other mysteries. He was getting boiling in the D&C stories.