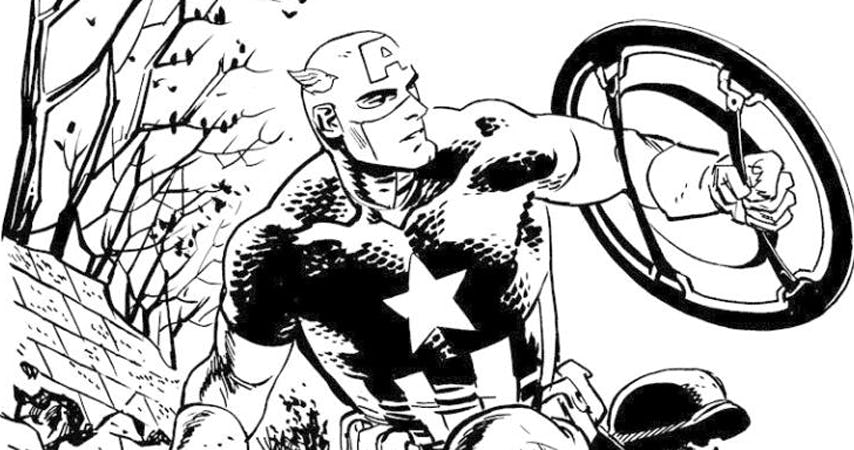 Mark Waid : “Steve is kind of tired of being the couch-surfer of the Marvel Universe, he’s never really had a place to call his own other than Avengers Mansion. This is him getting back in touch with Captain America, learning how people perceive Captain America in light of Secret Empire.” 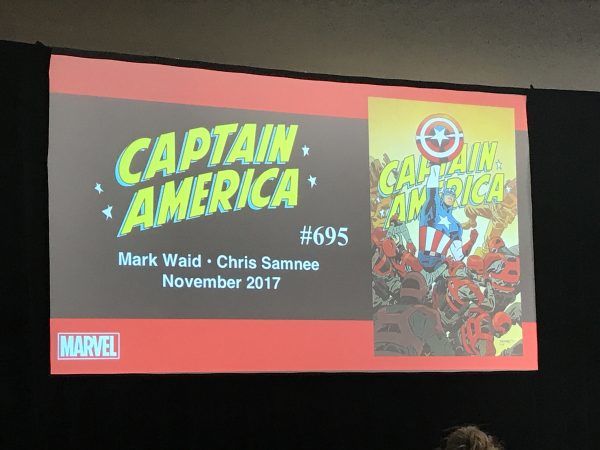 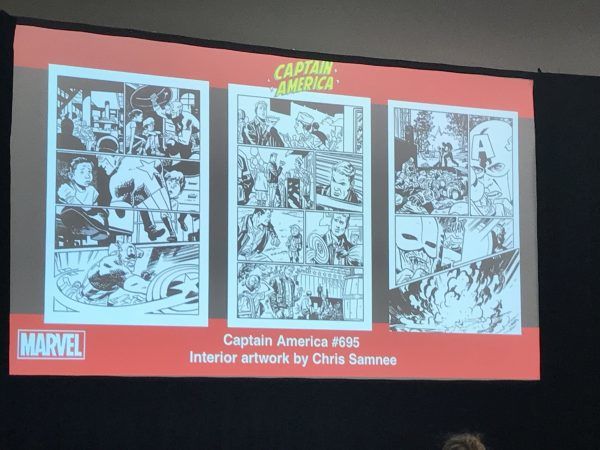 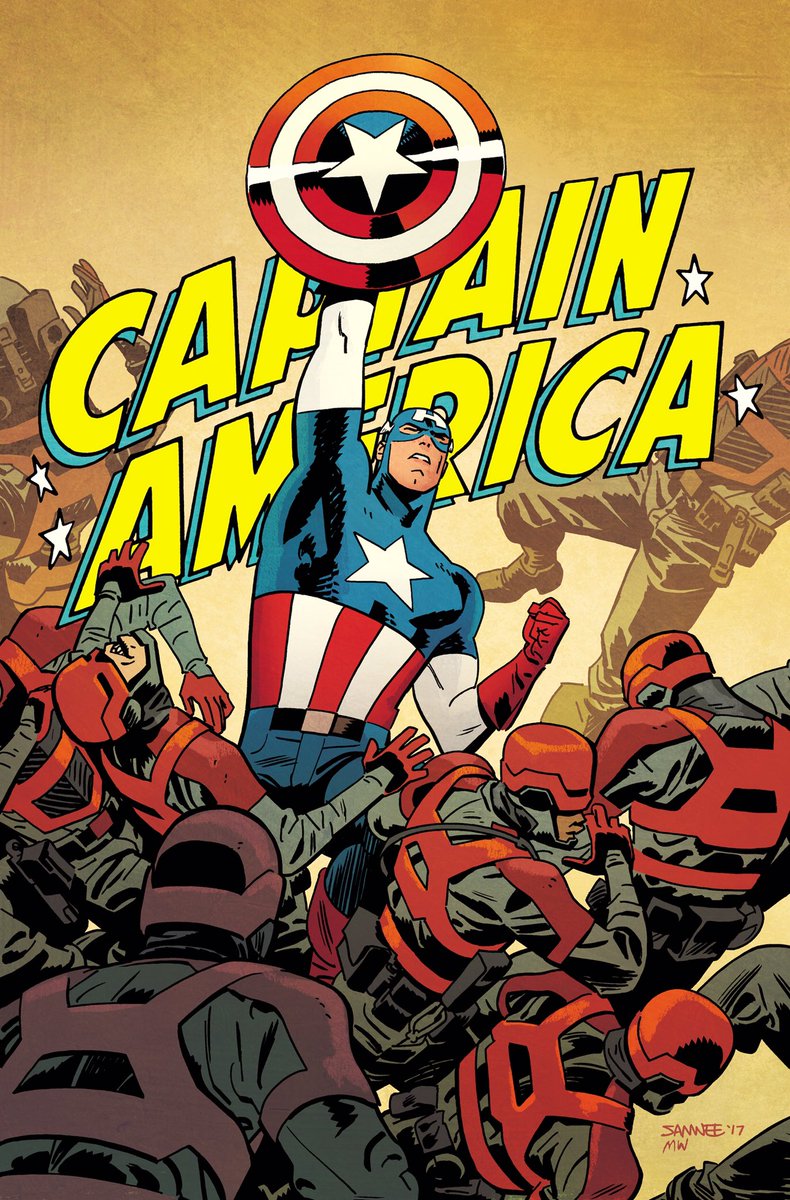 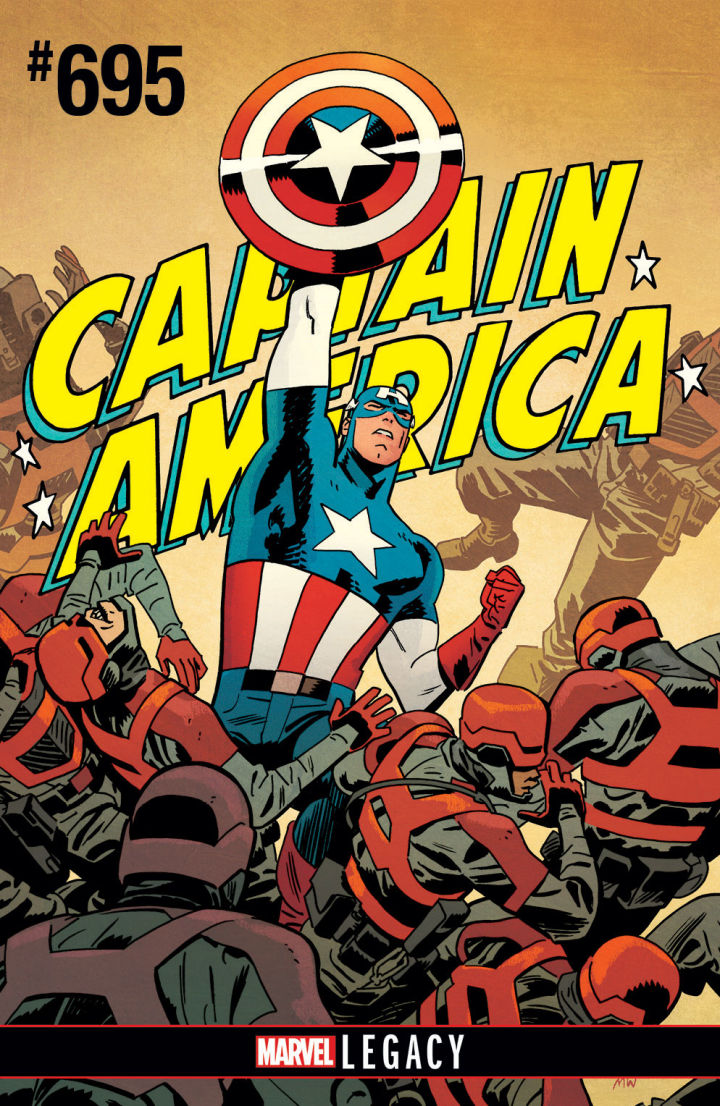 HOME OF THE BRAVE Part 1

HOME OF THE BRAVE begins – and Steve Rogers is back in action in the red-white-and-blue! Steve begins a journey across America to restore his tarnished reputation – and the dangers he encounters along the way are unlike any he’s faced before!

IGN: How does this new Captain America run embrace the idea of Marvel Legacy?

Mark Waid: It’s very much a hearkening back to a more bombastic, classic era of Marvel, with a more modern feel. Chris [Samnee] and I are working to wed the grandeur of the Silver Age Captain America of yore with today’s Steve Rogers and today’s Marvel Universe, and we’re having a ball.

IGN: Will your run be dealing with the consequences of everything Steve did in Secret Empire?

Waid: Our issues are set several months after the conclusion of Secret Empire. As great a story as that was, and we will refer to it, our mission is to look forward and create new adventures.

IGN: You two are teaming up again, so what made Cap the next project you wanted to tackle together? And how will your Cap run be different than what you did with Daredevil and Black Widow?

Waid: Once Widow was wrapped, we shopped the team around and got a bunch of offers from Marvel editors. Chris was way overdue for a run on an A-list Marvel hero, though, and when Cap opened up, we were thrilled to jump in. Just as our Widow run was tonally different from our Daredevil run, our Cap issues are a departure in style, mixing the best of both of our previous works, emphasizing humanity and high adventure in equal measures.

IGN: What’s it feel like coming back to Cap again now that he’s in such a different spot, both in continuity and in pop culture?

Waid: Daunting, honestly. It’s very, very rare in comics for a writer to get three bites of the same apple–four, if you count the “Man Out of Time” mini-series–and I wouldn’t have risked coming back if I’d had to go it alone. But with the Dream Team behind me–Chris, colorist Matt Wilson, and letterer Joe Caramagna–I’m surrounded by guys who are arguably better at what they do than I am, and that’s one hell of a safety net. 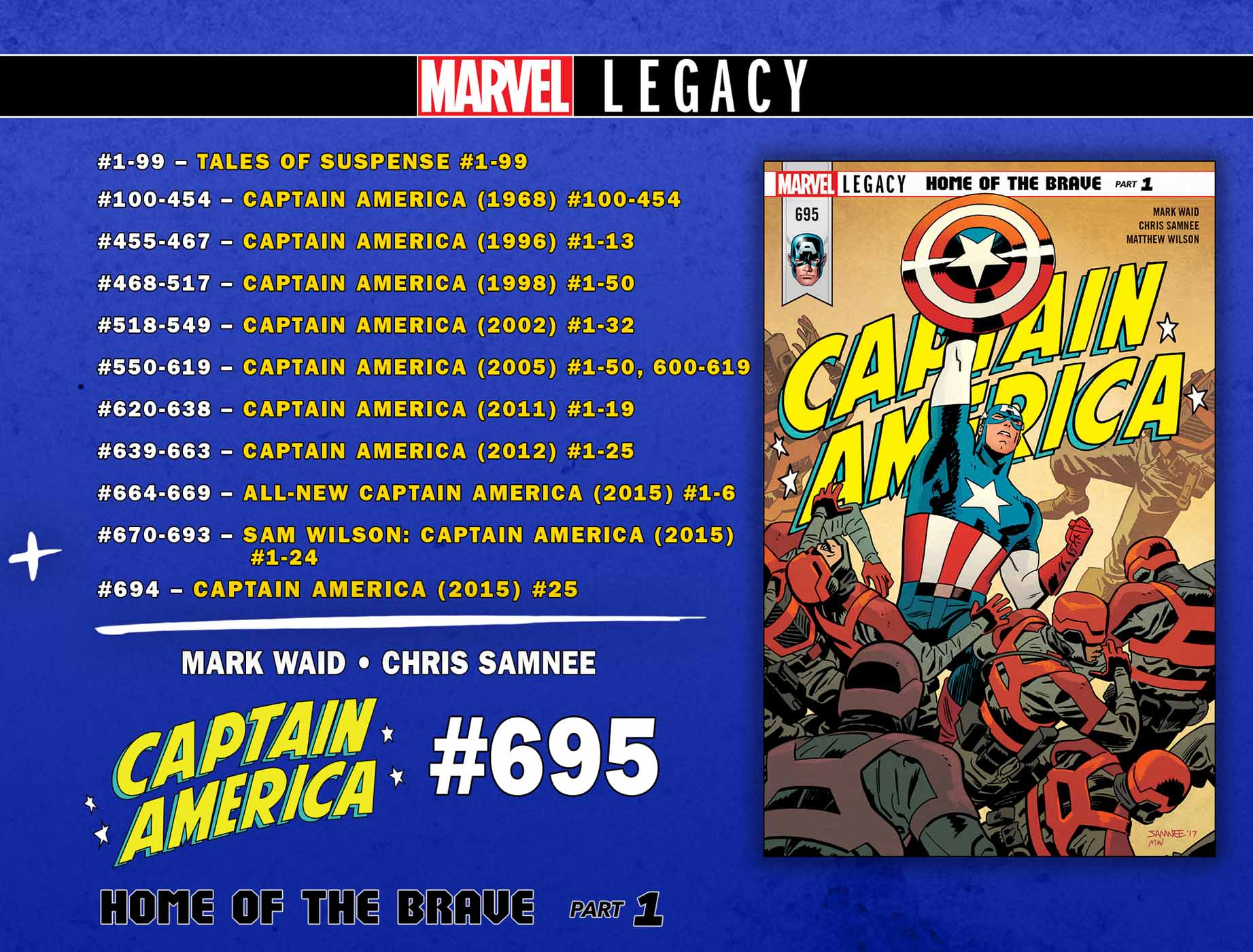