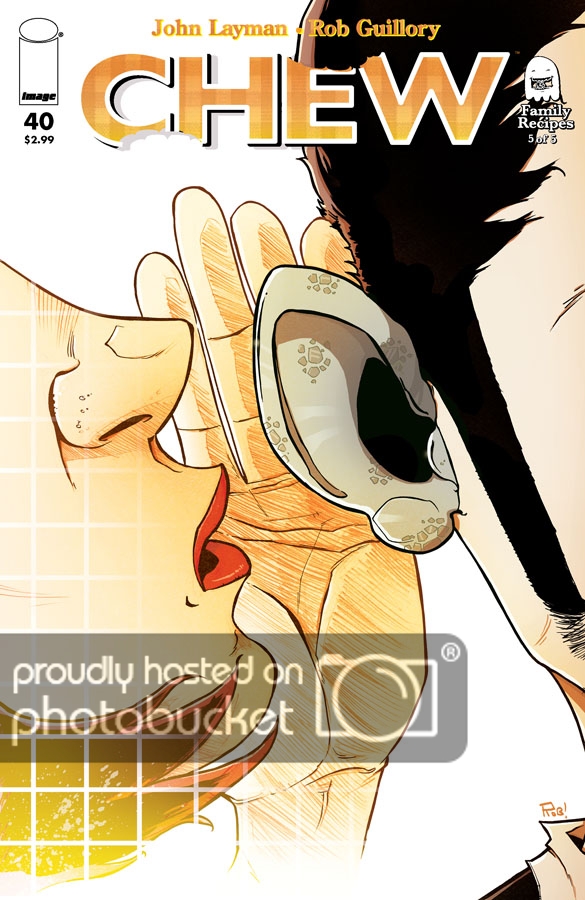 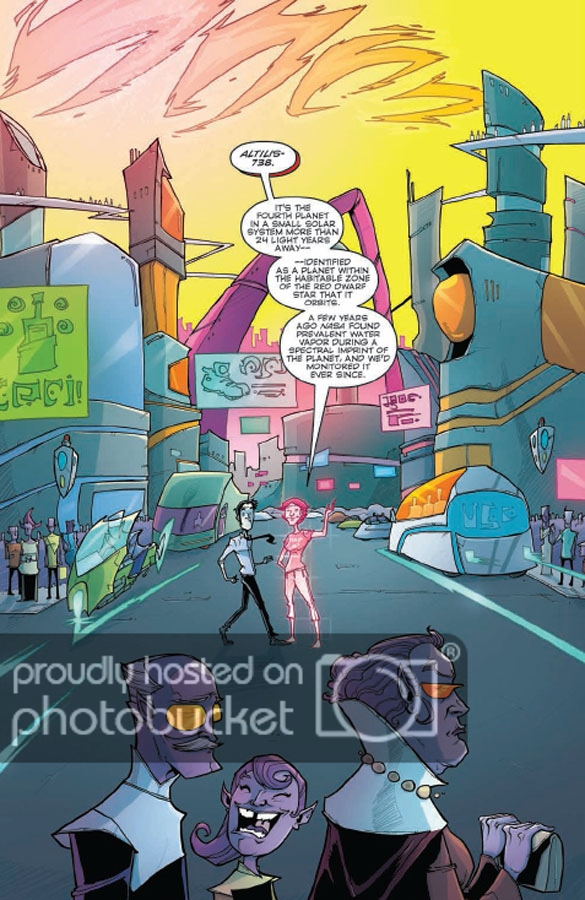 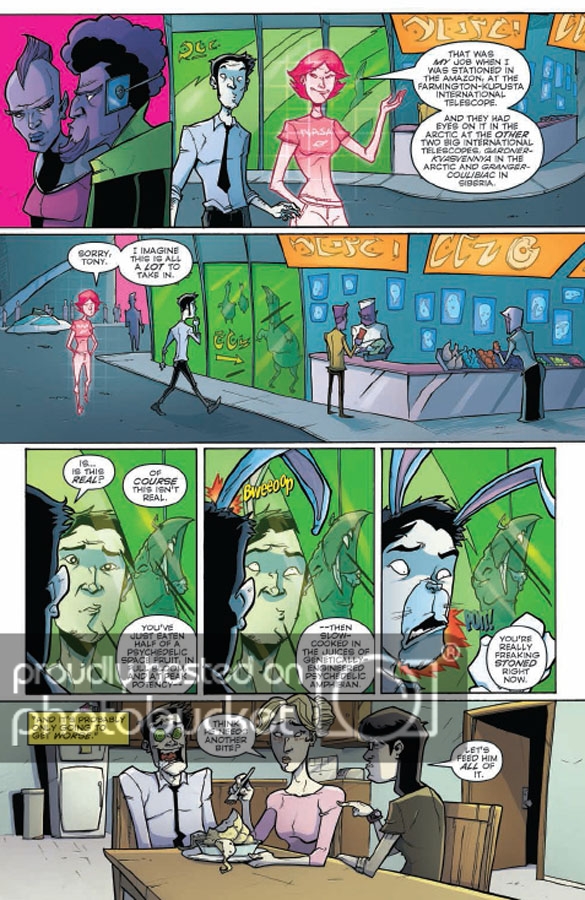 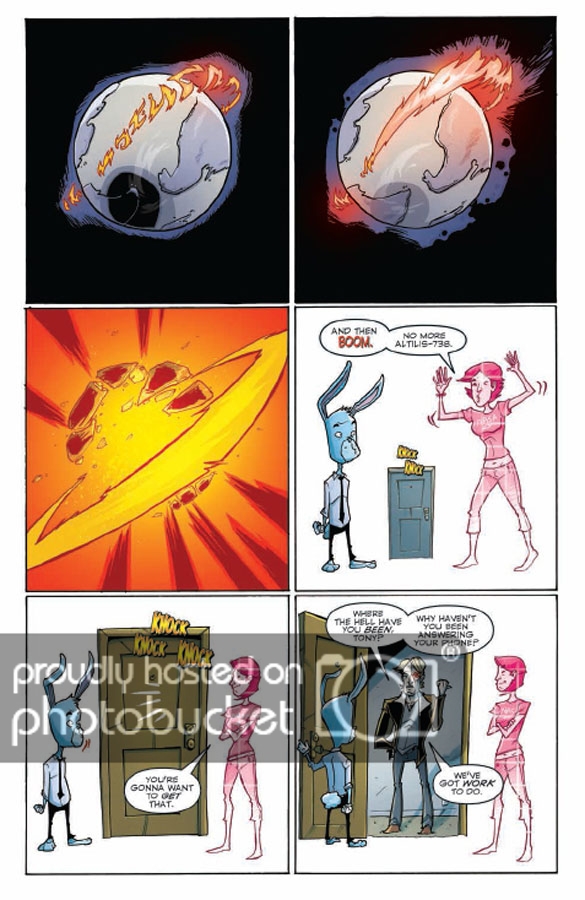 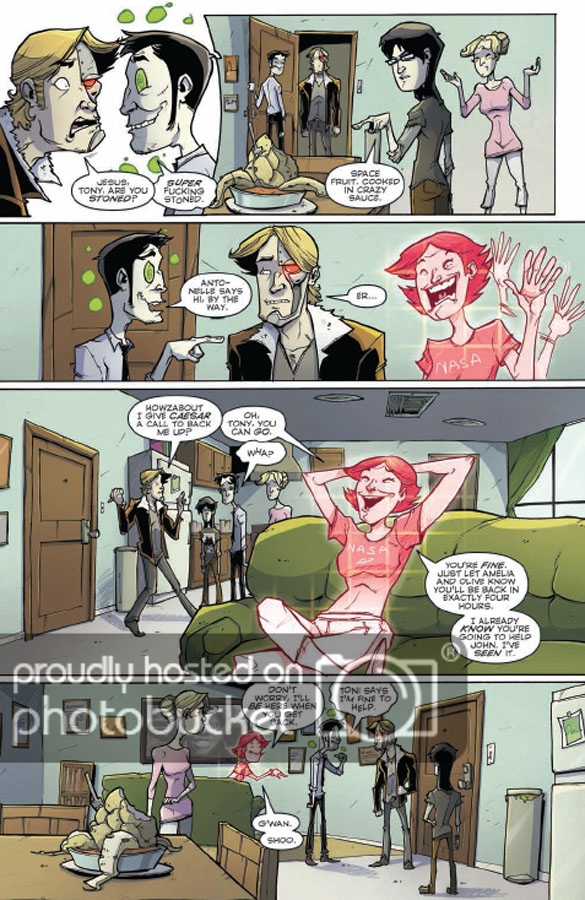 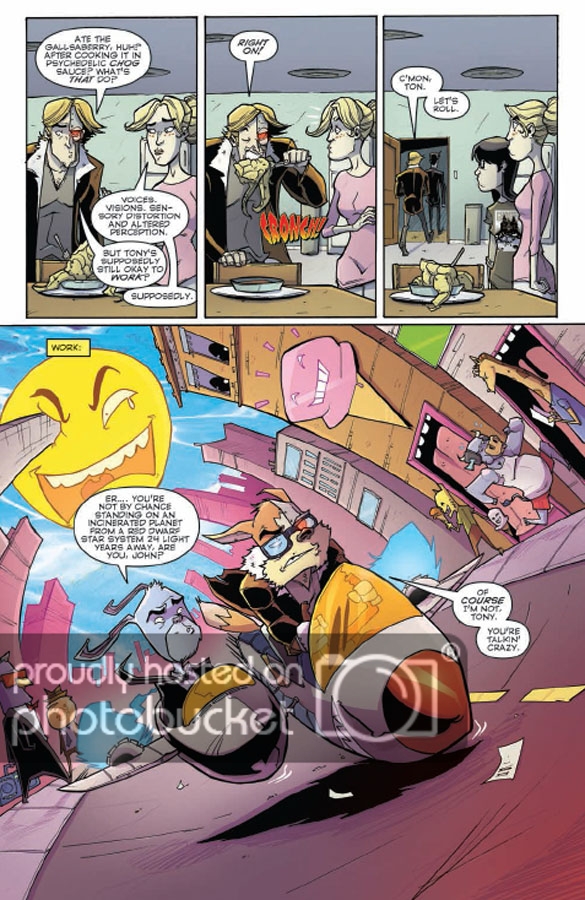 I think Major League CHEW, our fifth arc, might be my fave. And much like issue #14, I liked it best because this is the arc where our characters started to become more fleshed out and organic. Over the four arcs before it, it felt like we were building the CHEW world, characters and all. It was sorta like taking our toys out of the box. The fifth arc was the point where I feel like we started playing with our toys and really letting them breathe. We took Tony totally out of the story by having him kidnapped, so that allowed all these great supporting characters to step up. CHEW really became an ensemble book during this arc.

I once was hanging out with another comics creator after hours at a show and a fan gifted the creator a first edition of Fear and Loathing in Las Vegas, which was just mind-blowing and inconceivable to me. But since CHEW, I’ve had the equivalent of that scene dozens of times over. At this point, CHEW has taken me all over the world, Canada, Mexico, France, Belgium, Germany, Italy, Algeria, English, Ireland and India. Meeting people from every corner of the world who read and love your stuff and your characters is very humbling. Or meeting somebody who’s gotten a CHEW tattoo. Or is cosplaying your characters. Or bringing you gifts. Cookies. Or drugs! Even just somebody wearing a CHEW shirt or writing a fan letter. I never expected any of that shit to happen, and five years later it’s still all very amazing and gratifying to me.

[quote]Chew: Warrior Chicken Poyo #1
Story by John Layman
Art by Rob Guillory
Cover by Rob Guillory
Publisher Image Comics
Cover Price: $3.50
Release Date Wed, July 30th, 2014
Comics’ most beloved homicidal cybernetic kung fu rooster returns for what we humbly anticipate as the most important literary achievement of the 21st Century. All other comics will be made irrelevant. The best thing that’s ever happened to comics, and possibly the best thing that’s ever happened… EVER! Plus: an all-star pin-up gallery from some of the most staggeringly talented artists in the industry! DO. NOT. MISS.[/quote]

“CHICKEN TENDERS,” Part Four
Warning: Sissies will need an adult diaper before reading this one.
No joke. No lie. This will be the most talked about issue of CHEW in years.[/quote]

Hey, remember when DC did “One Year Later” and it was the greatest, most creative, and most revolutionary thing in comics EVER? We thought long and hard about how we could do something that awesome, and we came up with something TWICE as amazing. That’s right! “Two Years Later…” Presenting a bold new chapter in CHEW, which just so happens to be the FINAL chapter. “The Last Suppers,” Part 1. The countdown begins.[/quote]