SOMETHING BIG by Snyder & Ditko

Here at last is Campaign no. 20, a unique comics anthology.

THE RETURN OF GORGO by Snyder and Ditko 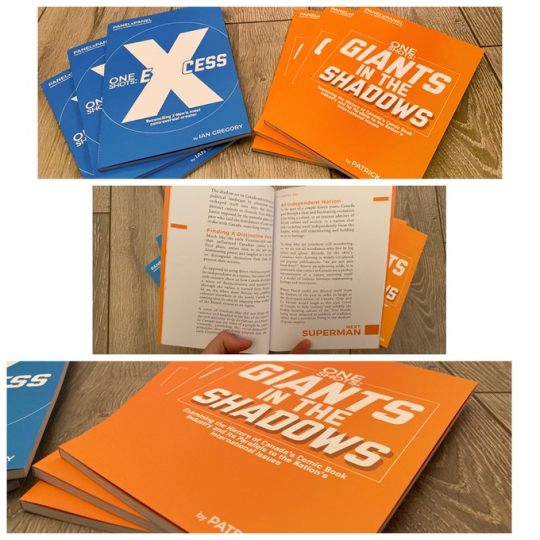 [QUOTE]EXCESS, by Ian Gregory, is a primer on Rob Liefeld’s career with the various X-Men books, and what made him such a controversial creator.
Ian has crafted a wonderful introduction to everything early Rob Liefeld, and their writing is extremely accessible for those who have even just a fleeting knowledge of what the X-Men are. EXCESS gives you a brief history of where the X-Men were at the time, before taking you on a journey through Liefeld’s work with the characters and various series. It looks at why X-Men needed refreshing, what Liefeld’s process was in doing that, and how he pulled in elements of surrounding pop-culture to create one of the best selling comics of all time. It also goes further into why his work was so impactful, as well as a modern reflection on both its strengths and failings.

GIANTS IN THE SHADOWS, by Patrick Aura, which charts the history of Canada as a country against the comics it created.
Patrick takes a deep dive into how Canada’s comic books grew alongside the country itself, going from initially copying the kind of comics that England was putting out, to defining it’s own style separate from both America and Britain. It extends through to modern day, beyond Punch, and going past Superman to current indie comics. No understanding of Canada’s history is required, as Patrick takes you through it all, with a lot of additional insight and commentary that makes it a fascinating read.

STYLE AND SUBSTANCE, by Rasmus Lykke, is an analysis of Kieron Gillen and Jamie McKelvie’s Young Avengers series, and a dissection of the formal elements that they employed.
For those interested in how comics work, this is a great exploration of one of the 2010s most acclaimed comics. It works both for those who have read the series, but is equally accessible to those with a passing knowledge of the series, characters or creators. This book examines the way Gillen and McKelvie approached storytelling choices and artistic decisions, and what that says about both the medium and the central themes of the work. For anyone interested in the inner workings of the comics medium, this book is a must-have.

THE LAWMAN, by Tom Shapira, which breaks down the first ever published Judge Dredd strip, and discusses the political and narrative backdrop of the character.
Tom has written plenty on 2000AD already, but this brings his eye to the very first Judge Dredd strip ever published, a five-page short black and white story in the second Prog. Tom dissects themes and decisions made in each of the five pages, and balances that against a discussion of the political and societal constructs of Britain at the time in the 70s, to get a wide understanding of why that strip has stood the test of time, and allowed Dredd to become such a mainstay of British comics. Both a great look at formal choices and the wider history around the character, The Lawman is a must-read book for fans of comics.

Each book is around 70 pages in length, and beautifully designed to be as accessible and readable as possible. The design is themed for each wave as a complete series, meaning they’ll stand out as individual books, but still work perfectly lined up on a shelf with one another.

This Kickstarter is very simple. If you’d like a copy of the books, just choose how many you’d like when supporting! We will send out a backer survey as soon as the Kickstart ends to allow you to specify which book(s) you would like! That will also confirm delivery address and book orders.

At the moment, this is the only place you’ll be able to purchase One Shots.