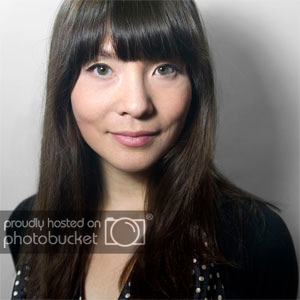 [quote=“Doyle”]It’s hugely significant. It really lets readers know that our intention is to take Constantine back to what he was at the start – a young, sexy, dangerous, bad dude. Who looks like Sting. [Laughs] No, the Sting is tertiary.

A lot of stuff has happened to John over the years, and there have been amazing, incredible stories, but really we’re just boiling him down to the most simple, core tenets of his character, then exploring how that impacts him. It’s going to be a lot more of a personal story than John’s been in before. Usually we see him in a tricky context, or see him being an asshole to other people.[/quote]

And I think that’s key. There’s a cost of being John Constantine. But going back to the dangerous, sexy edge of him is the fact that we’re talking about a character who when he first showed, he was in “Swamp Thing.” He was in the blue suit, trench coat over it, his hair slicked back – he was this dynamic, sexy, dangerous man, that you didn’t know if you had a conversation with him if at the other end of that conversation, your life could be ruined. But you still needed to have the conversation, because there’s a dark magnetism to him. It draws people to him, and oftentimes they get hurt. Sometimes it’s intentional, and sometimes it’s not. But bad things follow John Constantine. And there’s a cost from that.

[quote]CONSTANTINE: THE HELLBLAZER #1
Written by MING DOYLE and JAMES TYNION IV
Art and cover by RILEY ROSSMO
1:25 Variant cover by MING DOYLE
On sale JUNE 10 • 32 pg, FC, $2.99 US • RATED T+
Retailers: This issue will ship with two covers. Please see the order form for more information.
The dark adventures of DC’s foremost occult detective continue in an all-new series as he investigates the cruelest case he’s ever come across – his own dark history![/quote]

[quote] John is the dashing person at the other end of the bar, half in shadow, looking at you. You’re drawn to him, even though you can tell that every piece of him is shouting, “This is bad. This is dangerous!” But you can’t look away.

It’s like a moth drawn to a flame. John is a dangerous person, but anyone who walks on the edges of the world has a desperation about him. He wants people because he knows he can’t have them. And that ends up hurting them. Loneliness is key to the character of John Constantine, and it’s key to what we’re doing with our story.[/quote]

[quote]DC Sneak Peek: Constantine: The Hellblazer (Digital)
Story by Ming Doyle, James Tynion IV
Art by Riley Rossmo
Colors by Ivan Plascensia
Letters by Sal Cipriano
Cover by Riley Rossmo
Publisher DC Comics
Cover Price: $0.00
Release Date May 27th, 2015
CONSTANTINE: THE HELLBLAZER (Co-written by Ming Doyle & James Tynion with Art by Riley Rossmo)
A standalone story of John being a jerk con artist, manipulating events in his favor regardless of what the price is. The price here is selling out a twentysomething fashion designer to die at the hands of flesh-eating demons.
Read this ALL-NEW FREE 8-page preview to CONSTANTINE: THE HELLBLAZER #1![/quote]

I’ve always wanted to write more, and when James informally asked me if I had any interest in writing Constantine, I knew I did. But I also knew I’d want him to co-write it with me. Previously, the longest comic stories I’ve written have all topped out at eight pages. Working with James, who has much more experience under his belt, has been an awesome opportunity. And it’s only made me want to write more.

[quote]Constantine: The Hellblazer #2
Story by Ming Doyle, James Tynion IV
Art by Riley Rossmo
Colors by Ivan Plascencia
Letters by Tom Napolitano
Cover by Riley Rossmo, Erica Henderson
Publisher DC Comics
Cover Price: $2.99
Release Date Jul 8th, 2015
Somebody is killing the only friends John has: the ghosts that haunt him! How can you kill what’s already dead? John is going to find out and make this adversary pay![/quote]

[quote]Constantine: The Hellblazer #3
(W) Ming Doyle, James TynionIV (A) Vanesa Del (CA) Riley Rossmo
Someone is murdering ghosts, a supernatural crime so impossible to solve that John Constantine is forced to return to London and seek help from the one person he hates more than any other; a magician above reproach, a darling of London high society, and a friend to superheroes everywhere. She is Georgiana Snow…the HECKBLAZER!
Item Code: JUN150180
In Shops: 8/12/2015
SRP: $2.99[/quote]