[quote=« John Layman »]Having just said how interested I am in the Starjammers’ ship and crew I’m taking them out of that in the first arc. The first arc has Scott and Corsair in an enemy pirate ship. Scott is someone that wants to prove himself and now he’s in a position of having to prove himself to unfriendly strangers as opposed to a crew that was sympathetic to him beforehand. So he needs to get back to his ship, back to the crew, and also save his dad’s life.

That arc kicks off with a rival pirate ship taking Corsair captive. They basically kick the Starjammers off to the curb, but Scott is the only Starjammer they don’t recognize. He pretends to be a new crewman and he’s got these great optic blast powers. So this evil pirate ship where Corsair is prisoner basically hires him on as part of the crew. He’s going through the motions while he tries to get out of the situation alive and save his dad and his dad’s crew.[/quote]

[quote]CYCLOPS #6
STORY BY
Greg Rucka
ART BY
Javier Garron
COLORS BY
Chris Sotomayor
COVER BY
Alexander Lozano
PUBLISHER
Marvel Comics
COVER PRICE:
$3.99
RELEASE DATE
Wed, October 22nd, 2014
• Get ready as new series artist Javier Garron makes his Marvel debut!
• RESCUED! But by who? And is it really a rescue…or does this put Scott at greater risk than before? And what bounty are they hunting?
• Lots of shooting and things blowing up![/quote]

I think sci-fi comes in and out of style. In never completely goes out of style, but sometimes you can really feel it strong in the cultural zeitgeist. Sci-fi is red hot right now. Guardians of the Galaxy (as I predicted months ago) is the biggest movie of the year. New Star Wars movies are on the horizon (hopefully good this time.) And Marvel cosmic books are firing on all cylinders. People are very excited about science fiction at the moment, myself included. Granted, Cyclops feels like a weird fit, but he’s always been a bit of a fish-out-of-water character. Here we just see him reacting as a fish-out-of-water in a very strange and different sort of pond.

[quote]Cyclops #7
Story by John Layman
Art by Javier Garron
Colors by Chris Sotomayor
Letters by VC - Joe Caramagna
Cover by Alexander Lozano
Publisher Marvel Comics
Cover Price: $3.99
Release Date Wed, November 26th, 2014
• The bad news: The Starjammers are about to die! The good news: Cyclops is no longer a Starjammer.
• Scott Summers is aboard a new space pirate ship, with a cruel, cutthroat captain, and a crew of criminals and killers. None of them trust Scott-- and a few just might want to kill him!
• But, hey, that Captain’s daughter is kinda cute, right?[/quote]

There are no plans for Cyclops to cross over with the GotG, at least in Cyclops’ solo series. This is not to say you won’t be seeing some Layman-written « Guardians » stuff in the future, but I probably can’t say any more than that.

• The cutthroat space-pirate crew Scott Summers has joined up with is rampaging across space, plundering, and cutting throats. And now Scott is expected to cut throats with them!

• Exactly how far will Scott go to save his skin – and to rescue his captive father?

• At least on the romance front there’s some good news: Scott’s discovered there are other girls in the universe besides Jean Gray.

[quote]Cyclops #9
Story by John Layman
Art by Javier Garron
Colors by Chris Sotomayor
Letters by VC - Joe Caramagna
Cover by Alexander Lozano
Publisher Marvel Comics
Cover Price: $3.99
Release Date Wed, January 14th, 2015
• Yeah, Scott Summers may be serving aboard a ship full of space-pirate killers and cutthroats, but as he gets to know them, they seem like nice killers and cutthroats. Especially the Captain, who’s starting to treat Scott like the son he never had.
•And ESPECIALLY the Captain’s cute daughter, who wants to make kissy-face at every opportunity.
•So what’s the problem? Well, it might have something to do with that stolen super-weapon sitting in the pirate ship cargo hold—the one powerful enough to blow up an entire solar system! Everybody in the galaxy wants it… but nobody wants to pay for it![/quote]

[quote]Cyclops #10
Story by John Layman
Art by Javier Garron
Colors by Chris Sotomayor
Letters by VC - Joe Caramagna
Cover by Alexander Lozano
Publisher Marvel Comics
Cover Price: $3.99
Release Date Feb 11th, 2015
•Out of the fire, and into the frying pan. Or, more precisely, out of spaceship full of pirate killers and into the alien jungle filled with giant hungry space monsters!
•Cyclops and Corsair are reunited at last, but will they survive long enough to survive their touching reunion?
•Oh, and what’s that strange ticking noise? Could it be coming from the nearby superweapon capable of DESTROYING ENTIRE GALAXIES?[/quote]

[quote]Cyclops #11
Story by John Layman
Art by Javier Garron
Colors by Chris Sotomayor
Letters by VC - Joe Caramagna
Cover by Alexander Lozano
Publisher Marvel Comics
Cover Price: $3.99
Release Date Mar 18th, 2015
• Rescuing the life of the pirate captain who wants your father dead? Probably a bad idea.
•Revealing who you really are to the pirate girl who thinks she’s in love with you? Possibly even worse.
• And doing both while trapped on a hostile planet full of angry Shi’ar? No doubt a fatal error!
•Tune in for the action-packed climax of “A Pirate’s Life for Me,” and witness what will no doubt be the horrific deaths of Cyclops, Corsair and the Starjammers![/quote]

[quote]Cyclops #12
Story by John Layman
Art by Javier Garron
Colors by Chris Sotomayor
Letters by VC - Joe Caramagna
Cover by Alexander Lozano, Andrea Sorrentino
Publisher Marvel Comics
Cover Price: $3.99
Release Date Apr 1st, 2015
• If power corrupts, and absolute power corrupts absolutely, whaddaya think near-infinite cosmic power granted by the Black Vortex does?
• Jean Grey is about to find out, which spells very bad news for both Jean Grey-- and the universe!
• But there’s one man who might be able to stop her, who might be able to save her… except in this case it’s not exactly a man, it’s a 16-year-old space-pirate-in-training and (maybe) the love of Jean Grey’s life… Scott Summers.
• Can Cyclops save the day? Maybe. But we can’t guarantee he’ll survive the experience.[/quote] 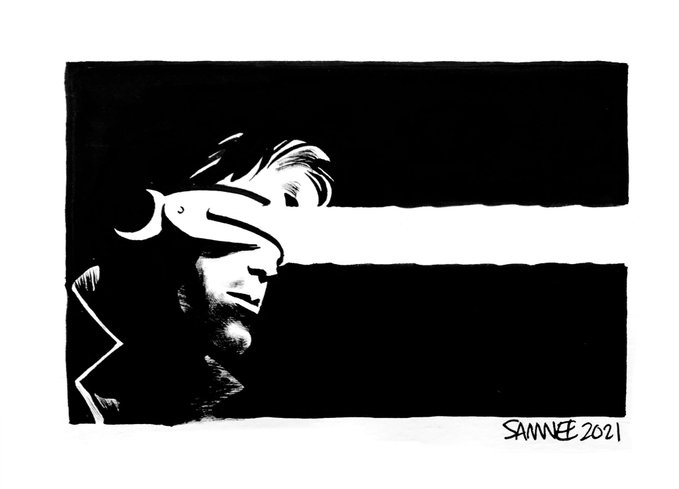