[quote=“Justin Jordan”]It is set in the modern day – I don’t want people to think it’s ‘Jonah Hex’ or ‘Lawless.’ I was a big fan of Westerns as a kid, and I actually still am – not to the extent that I’ve gone to see ‘The Lone Ranger’ as yet but a general thing," Jordan said. "I like the aesthetic and I spent some time in West Texas just getting to experience the actual desert and areas that are actually kinda desolate still. You can go miles and miles and miles without seeing a building, and the harshness of the terrain has a lot to do with the tone and feel of the book for me. I wanted to do a Western-type thing set in a modern setting so it’s got a real desert-dry feel to it.

"And like I said, I like crime and thrillers, so I wanted to see if I could cross some of that with the noir sensibilities and see what we’ve got.[/quote]

[quote]Well, there’s definitely and intentionally a western influence to it. It’s meant to be, and I hope is, a modern western mixed with a heavy dose of crime and noir. It’s not especially horrorific, except maybe for that thing that Cobb does in issue one. That’s sort of horrory.

But, you know, I get influences from a lot of stuff. Take Cobb, for instance. Cobb is, although I don’t use the term in the book, a standover man, which is an Australian thing, where a criminal basically makes his living finding criminals who have pulled off a big score and robbing them.

I first became acquainted with the concept when I read Idoru, a William Gibson sci fi book fifteen, twenty years ago, which featured an exstandover man as a minor character. So you can draw a line from that book to this comic in the person of Fletcher Cobb.[/quote]

[quote]Dead Body Road #2
Story by Justin Jordan
Art by Matteo Scalera
Colors by Moreno Dinisio
Cover by Matteo Scalera
Publisher Image Comics
Cover Price: $2.99
Release Date Wed, January 22nd, 2014
Will a standoff in a diner lead Gage one dead body closer to his revenge? Or is it just a pit stop on the highway to Hell?[/quote] 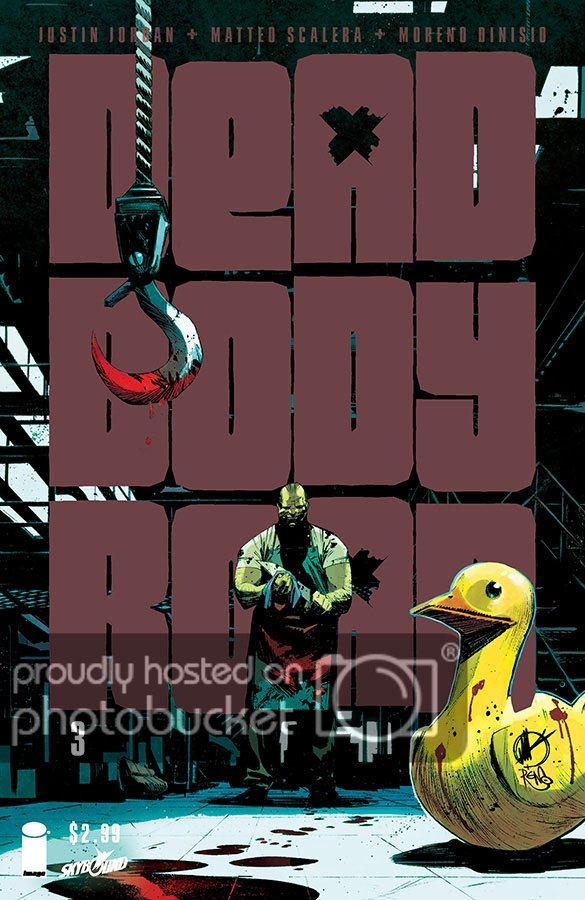 [quote]DEAD BODY ROAD #3
Written by: Justin Jordan
Art by: Matteo Scalera
Cover by: Matteo Scalera
Pages: 32
Price: $2.99
In stores: Feb. 26
Orson Gage is no good man…but Mr. Cobb and his unique interrogation tactics are even worse. Why is he pursuing Gage? And just how do you remove blood from a motel carpet?[/quote] 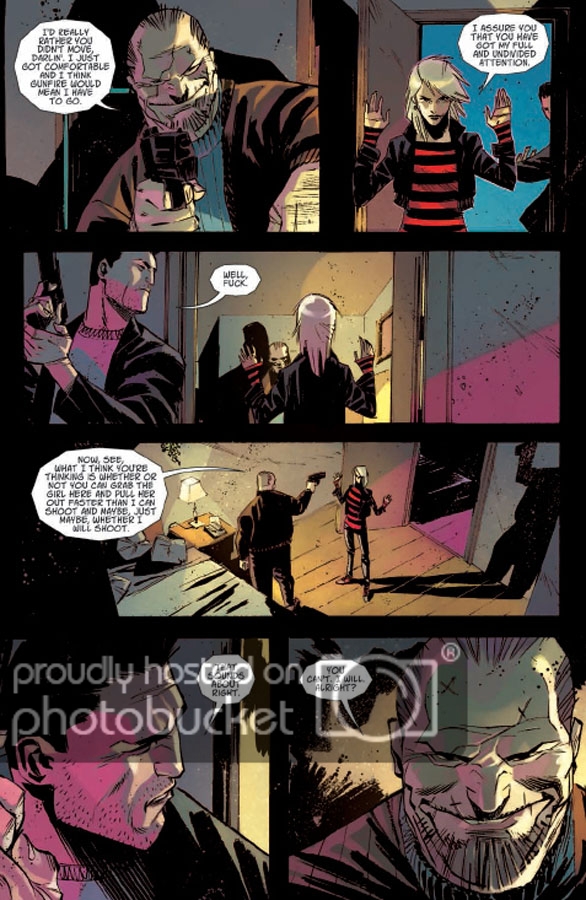 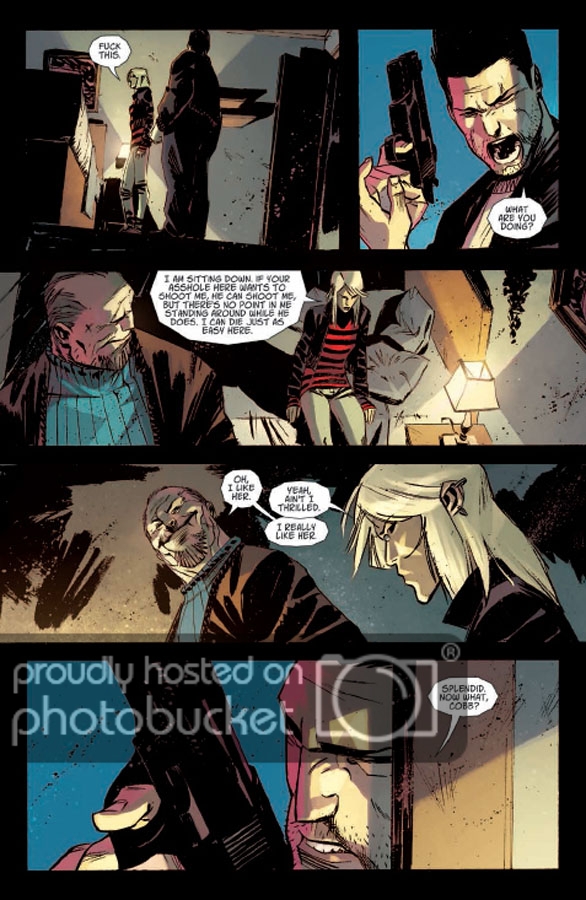 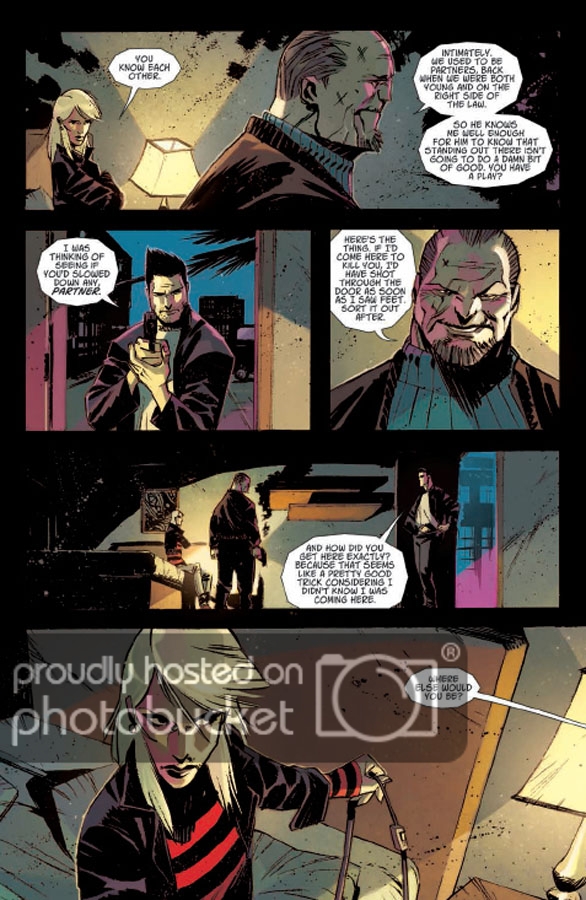 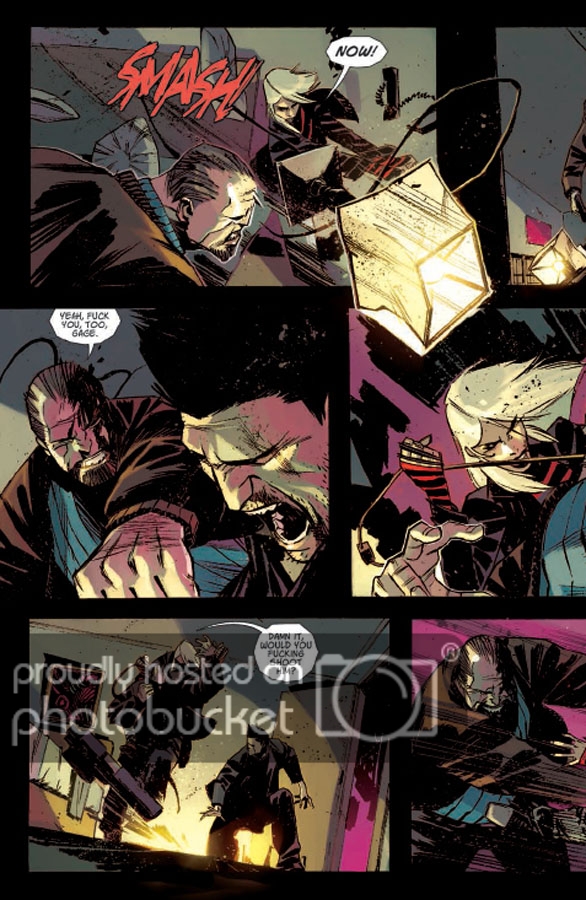 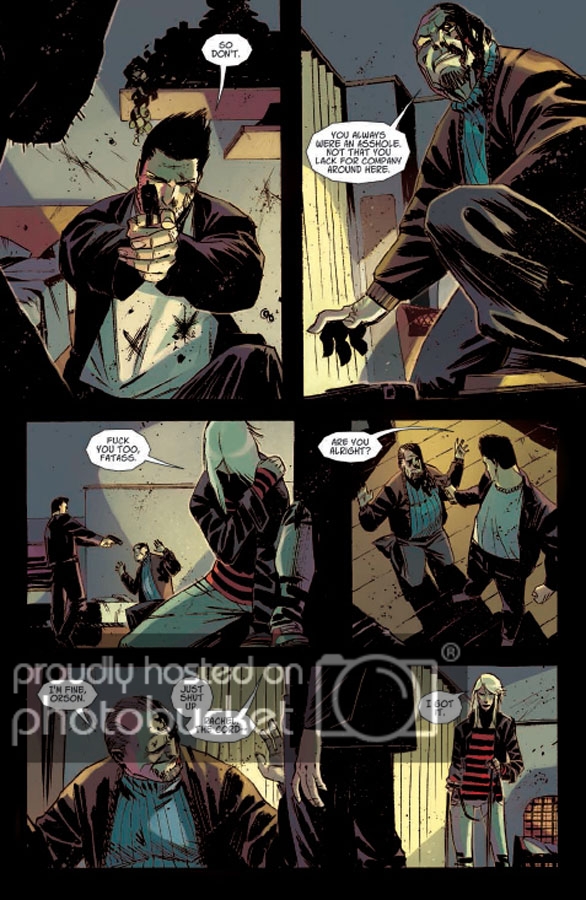 [quote]DEAD BODY ROAD #4
Written by: Justin Jordan.
Art by: Matteo Scalera.
Cover by: Matteo Scalera.
Description: Gage has taken one of his wife’s murderers captive in the back of his van. In pursuit is a fleet of bikers and other murderous bastards. Are you ready for an interrogation at 100 MPH?!
Pages: 32.
Price: $2.99.
In stores: March 26. [/quote]

[quote]Dead Body Road #5
Story by Justin Jordan
Art by Matteo Scalera
Colors by Moreno Diniso
Cover by Moreno Dinisio
Publisher Image Comics
Cover Price: $2.99
Release Date Wed, April 23rd, 2014
Holed up and under siege, Gage and his accomplices may have run out of road…but not bullets. Or heads to put them through.[/quote]