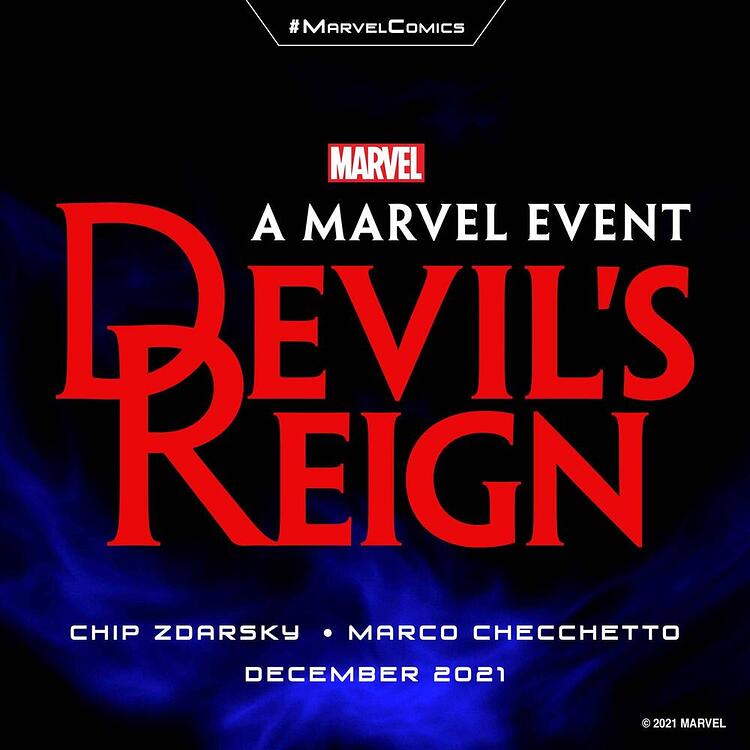 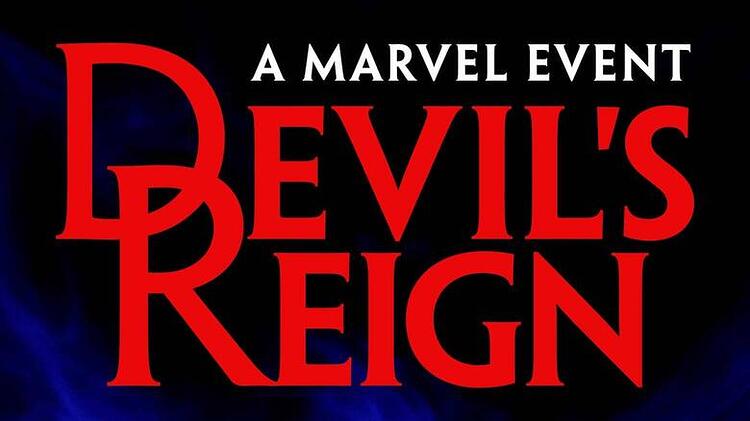 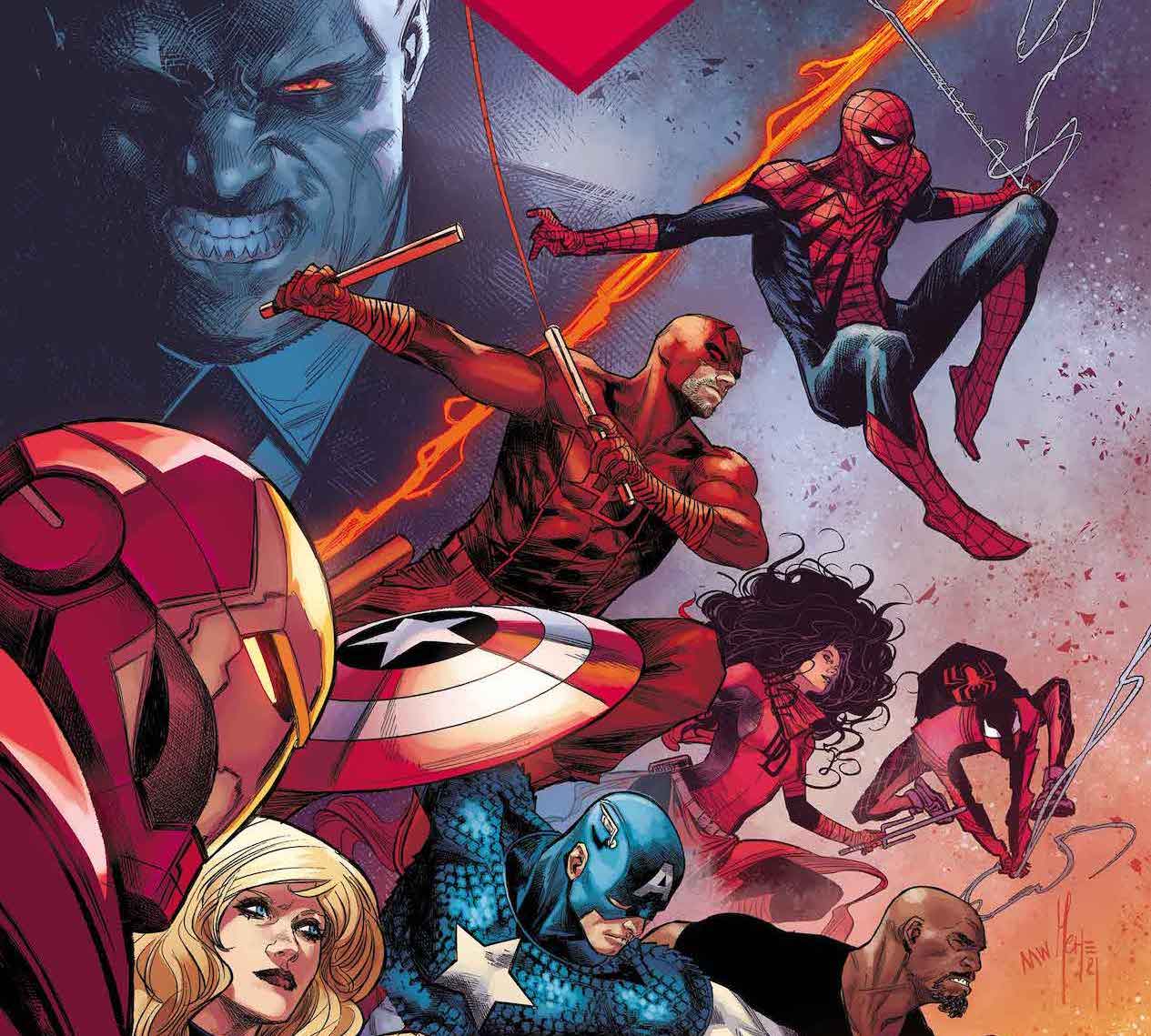 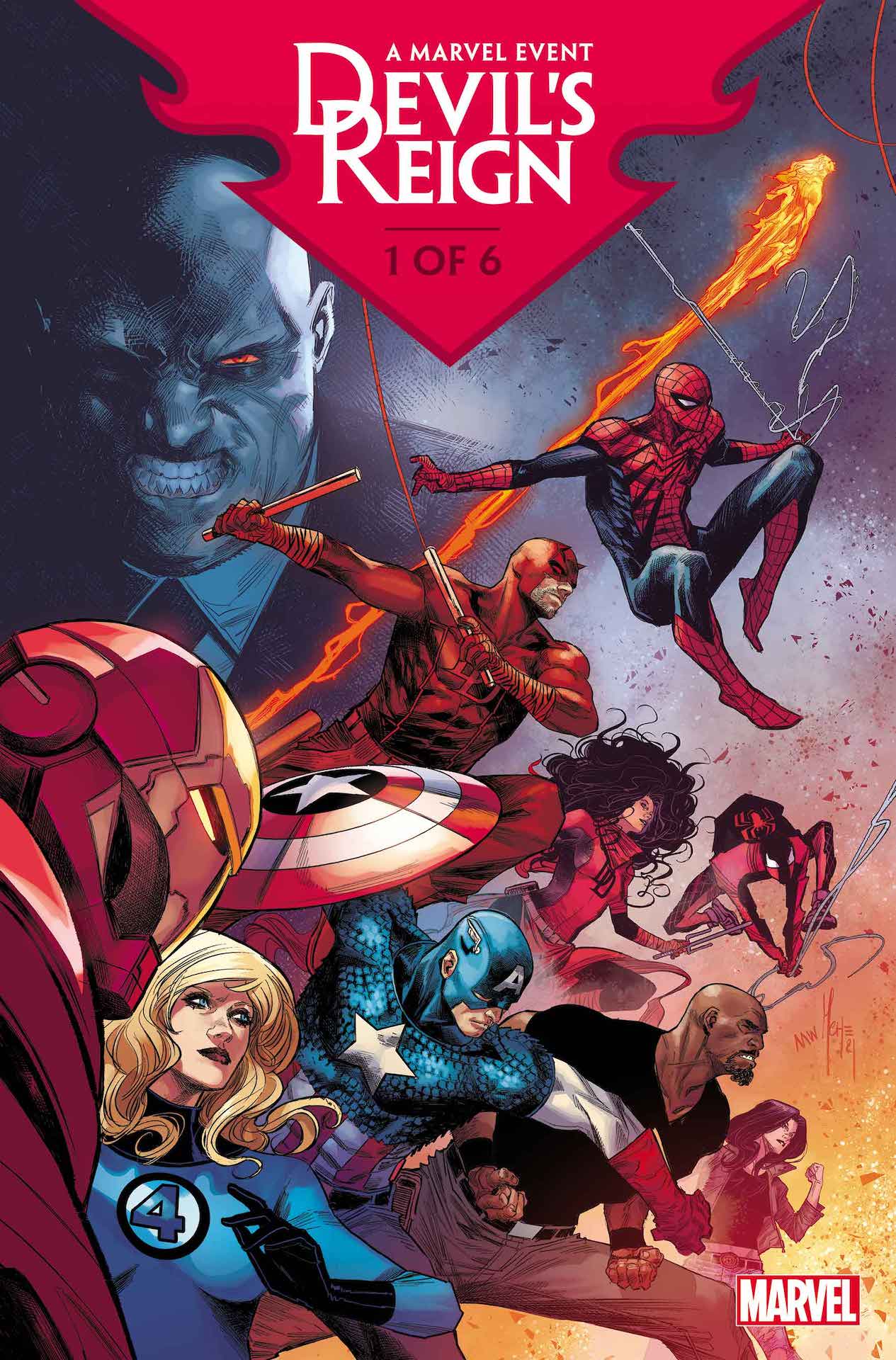 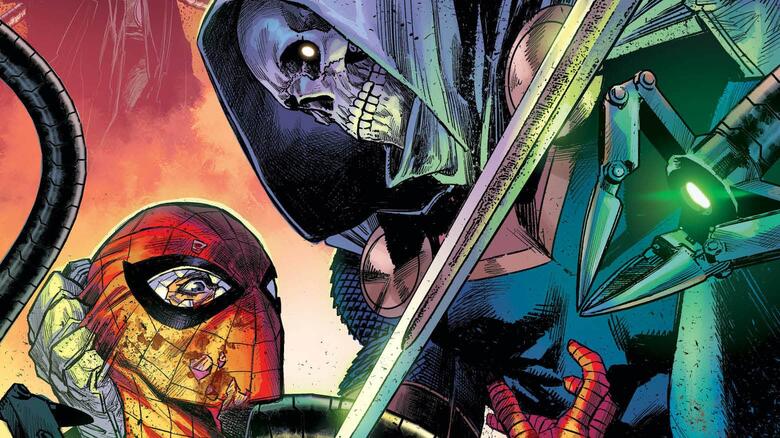 Check out the cover of 'Devil's Reign' #2 and learn about new tie-ins to the upcoming Marvel Comics event! 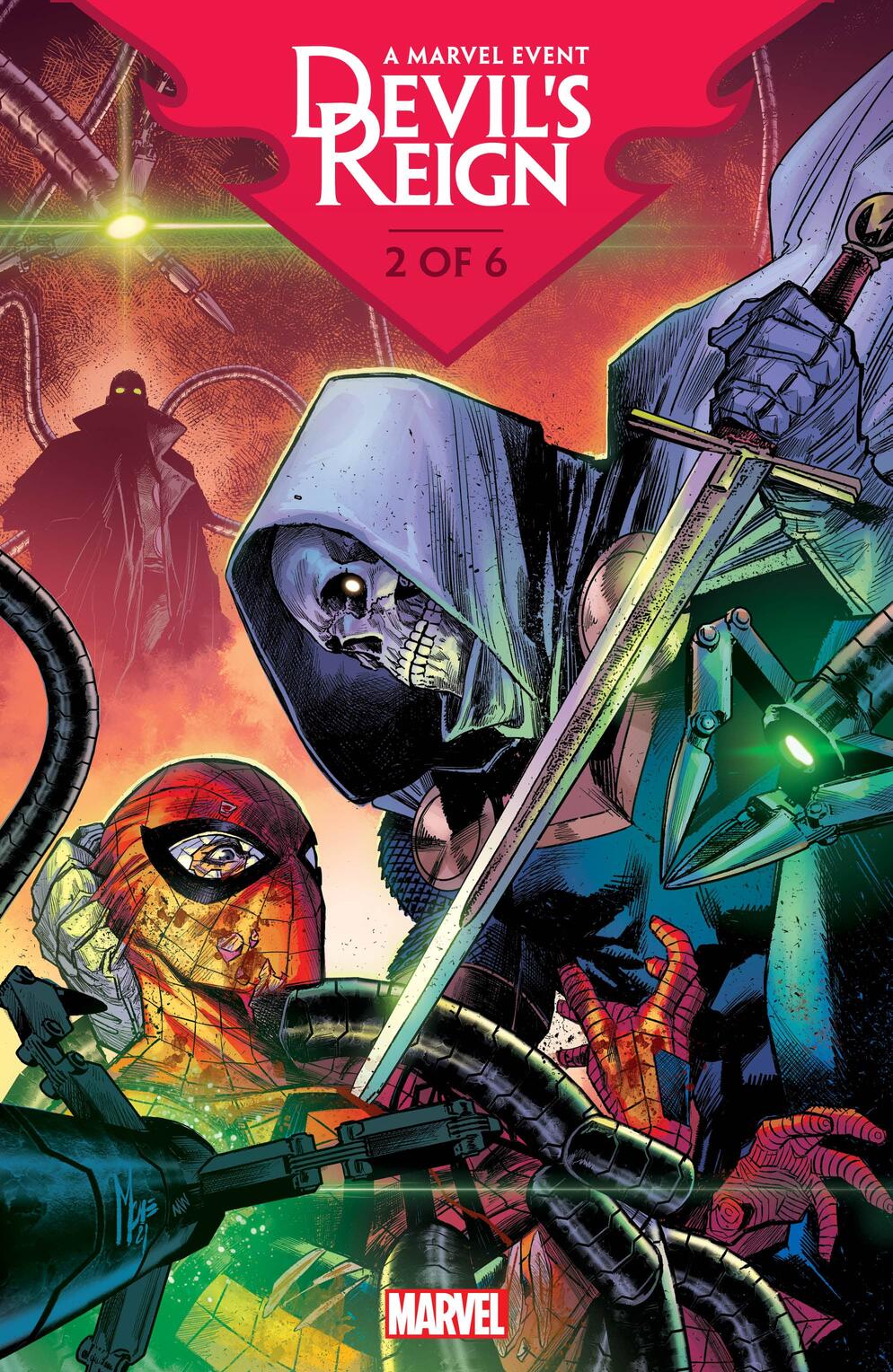 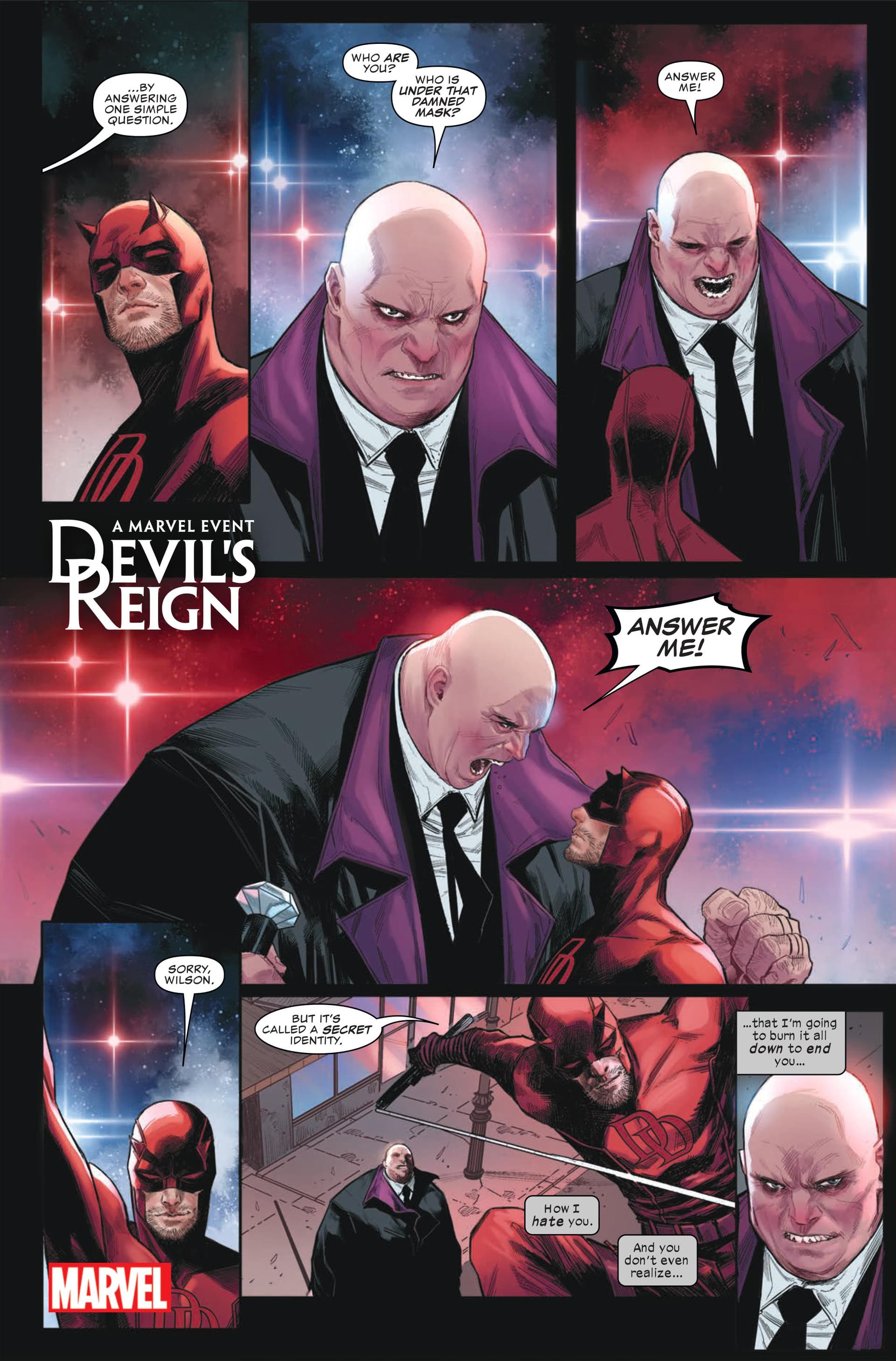 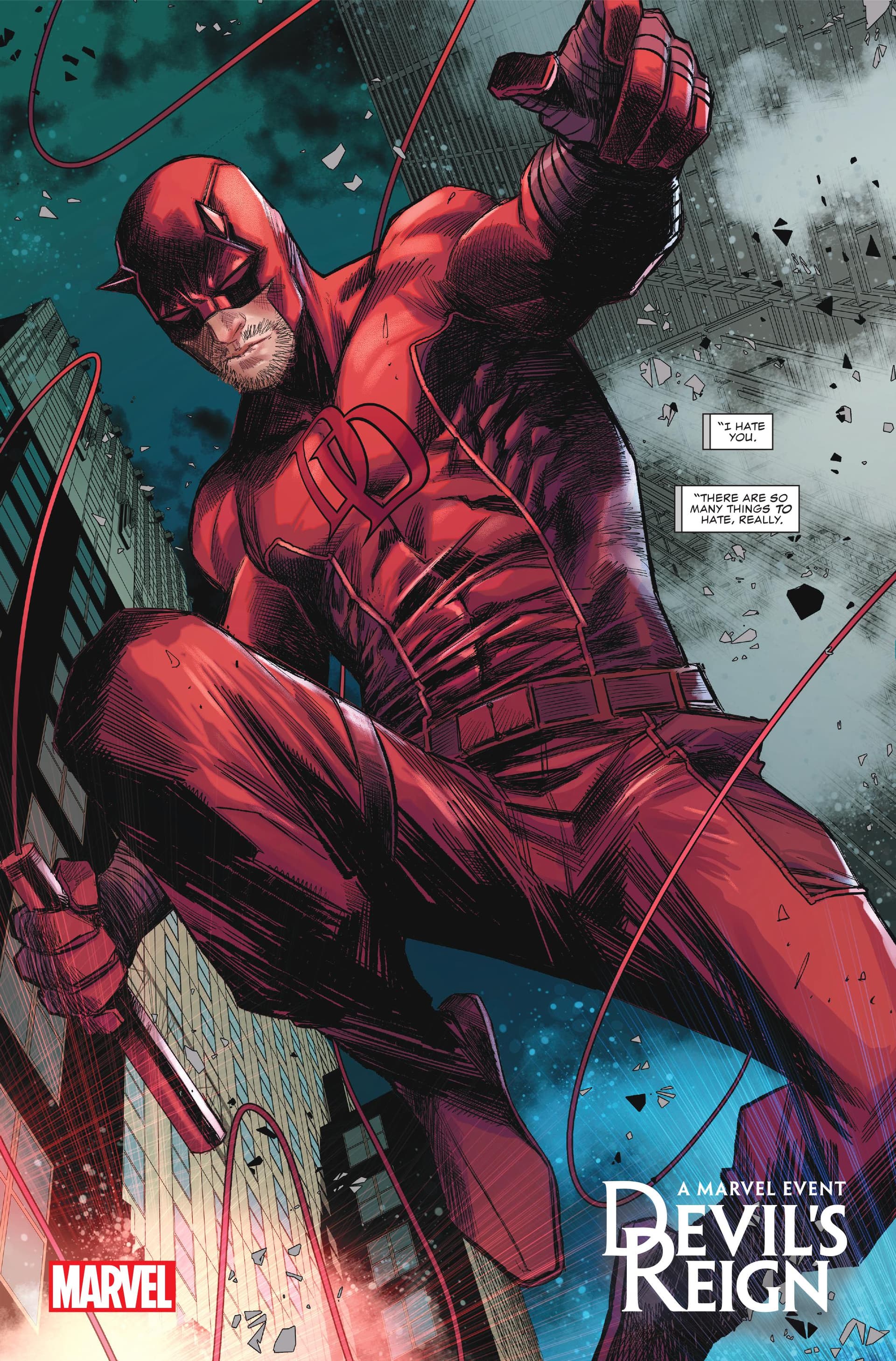 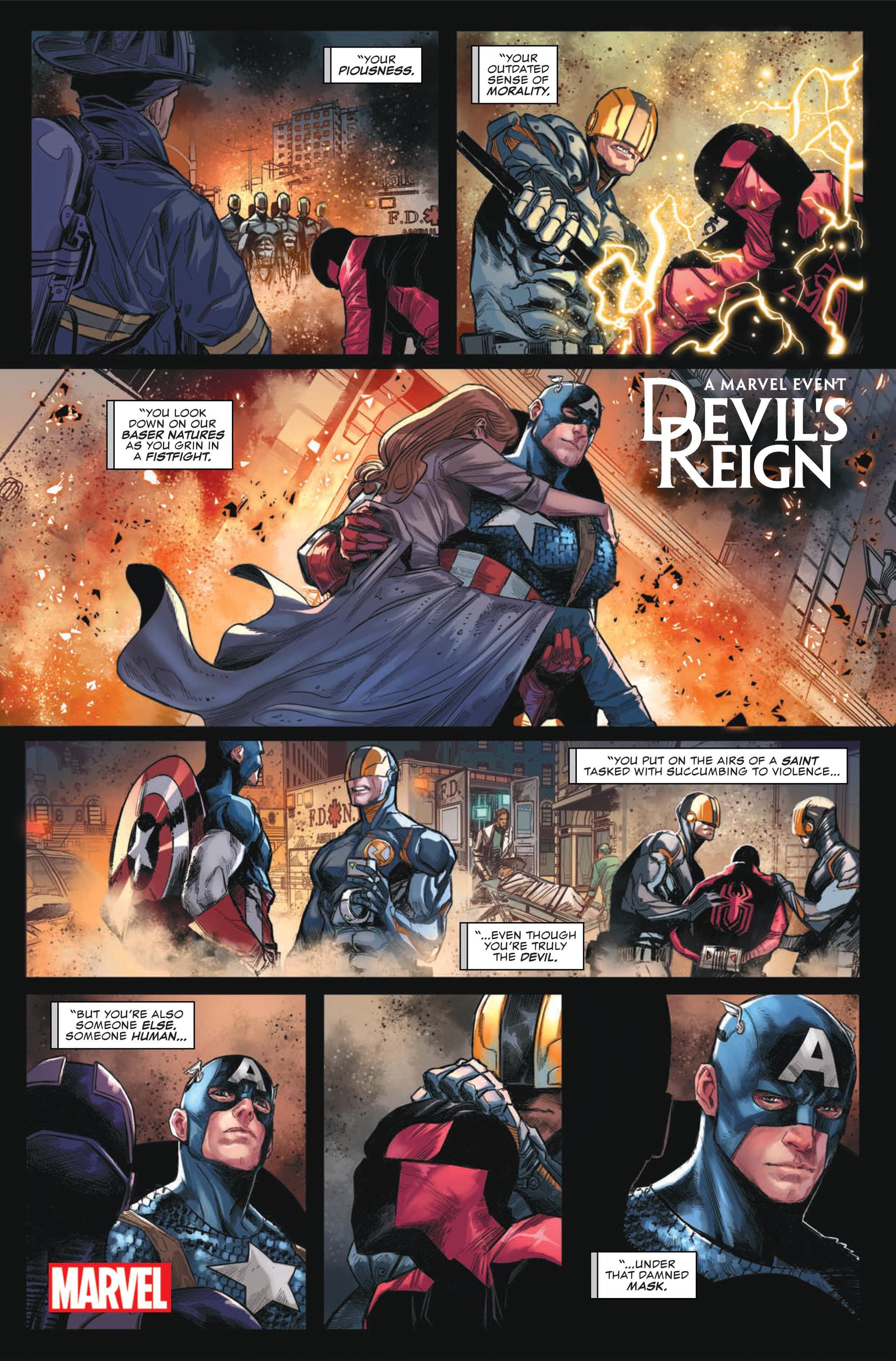 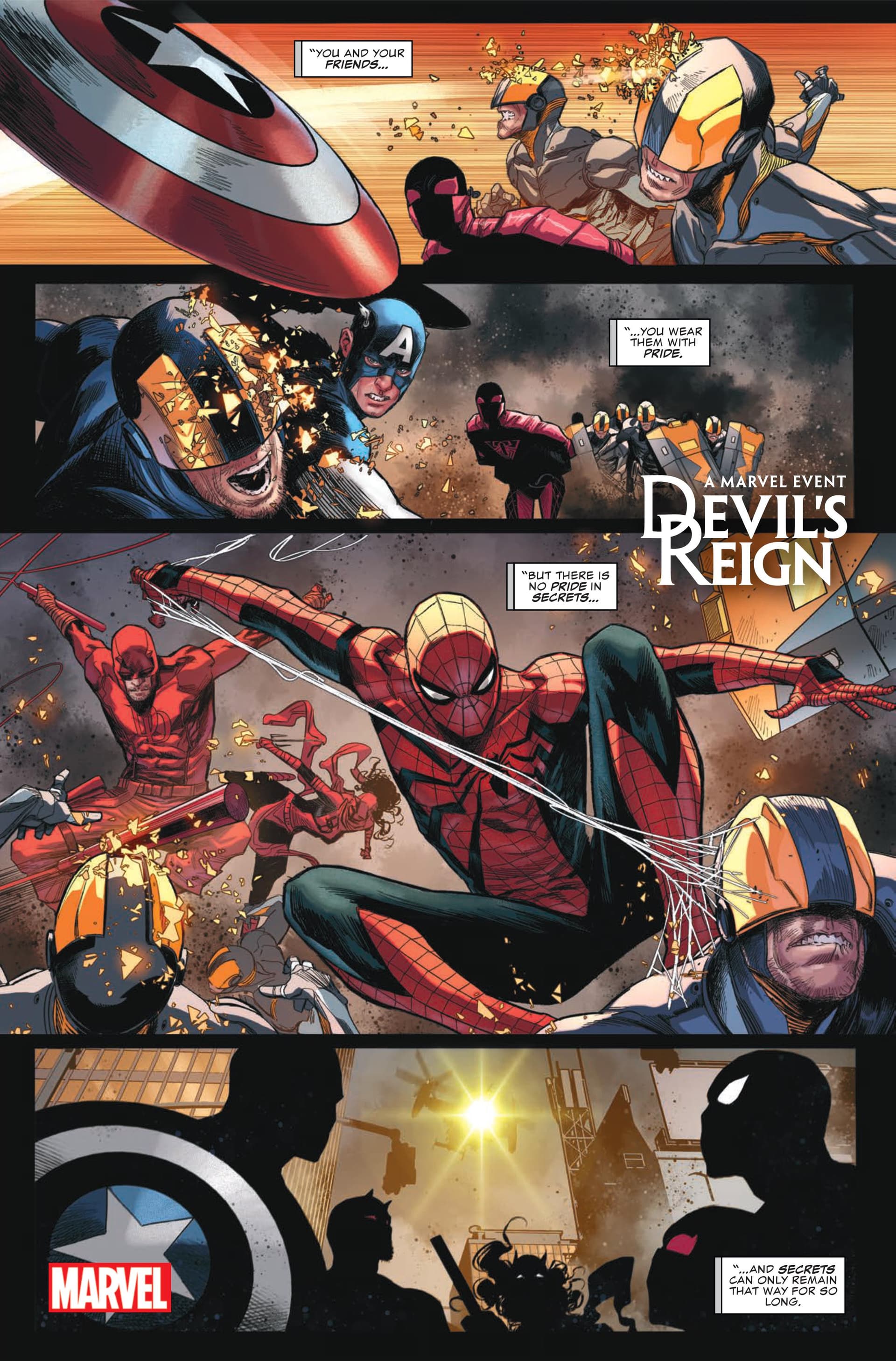 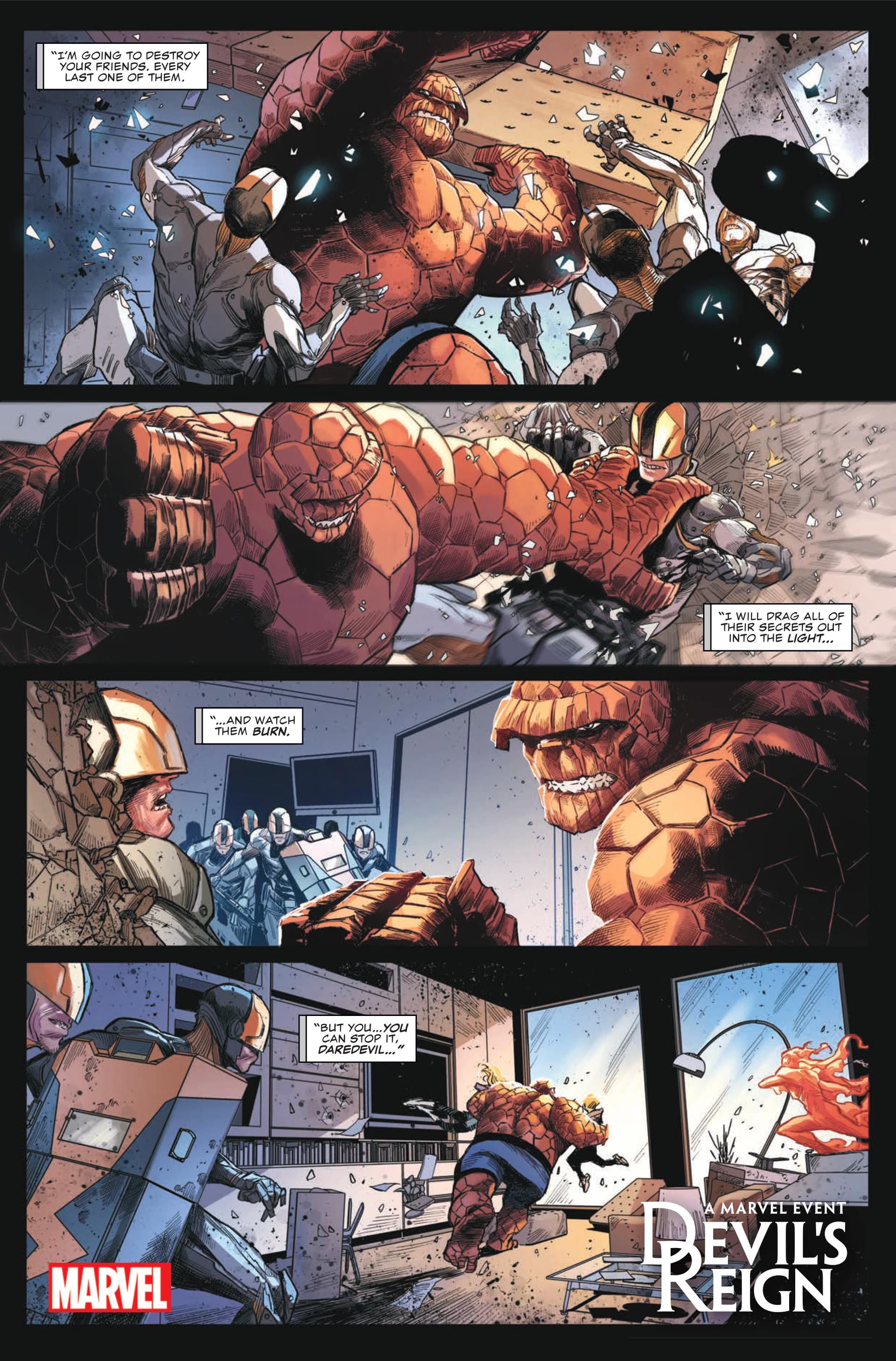 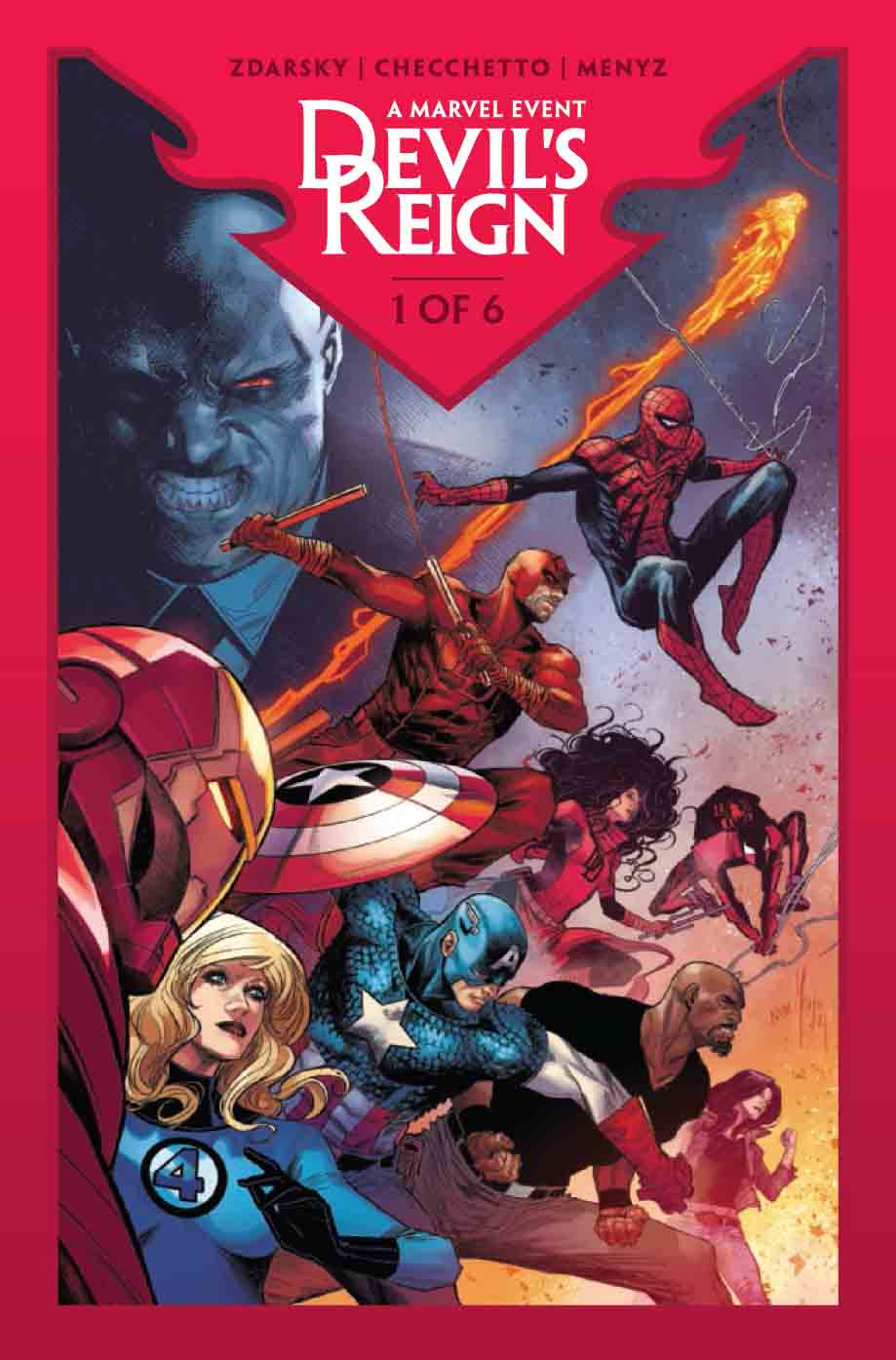 Description: The story that’s been building for years is here! Wilson Fisk went from Kingpin to Mayor of the biggest city in America and is going to bring his full criminal and political power to bear on the super heroes who call NYC home. The man who once destroyed Daredevil has set his sights on The Fantastic Four, Iron Man, Captain America, Spider-Man, Jessica Jones, Luke Cage and more. And since it’s Fisk, once he takes them all down, you know he’s going to sign it.

Crossbones! Taskmaster! Typhoid Mary! Shocker! Whiplash! Rhino! Kraven! Fisk has an army of super villains at his command - and this is just his opening salvo. For years, Fisk has waited for his time to strike, and you won’t believe the aces he’s got up his sleeves! 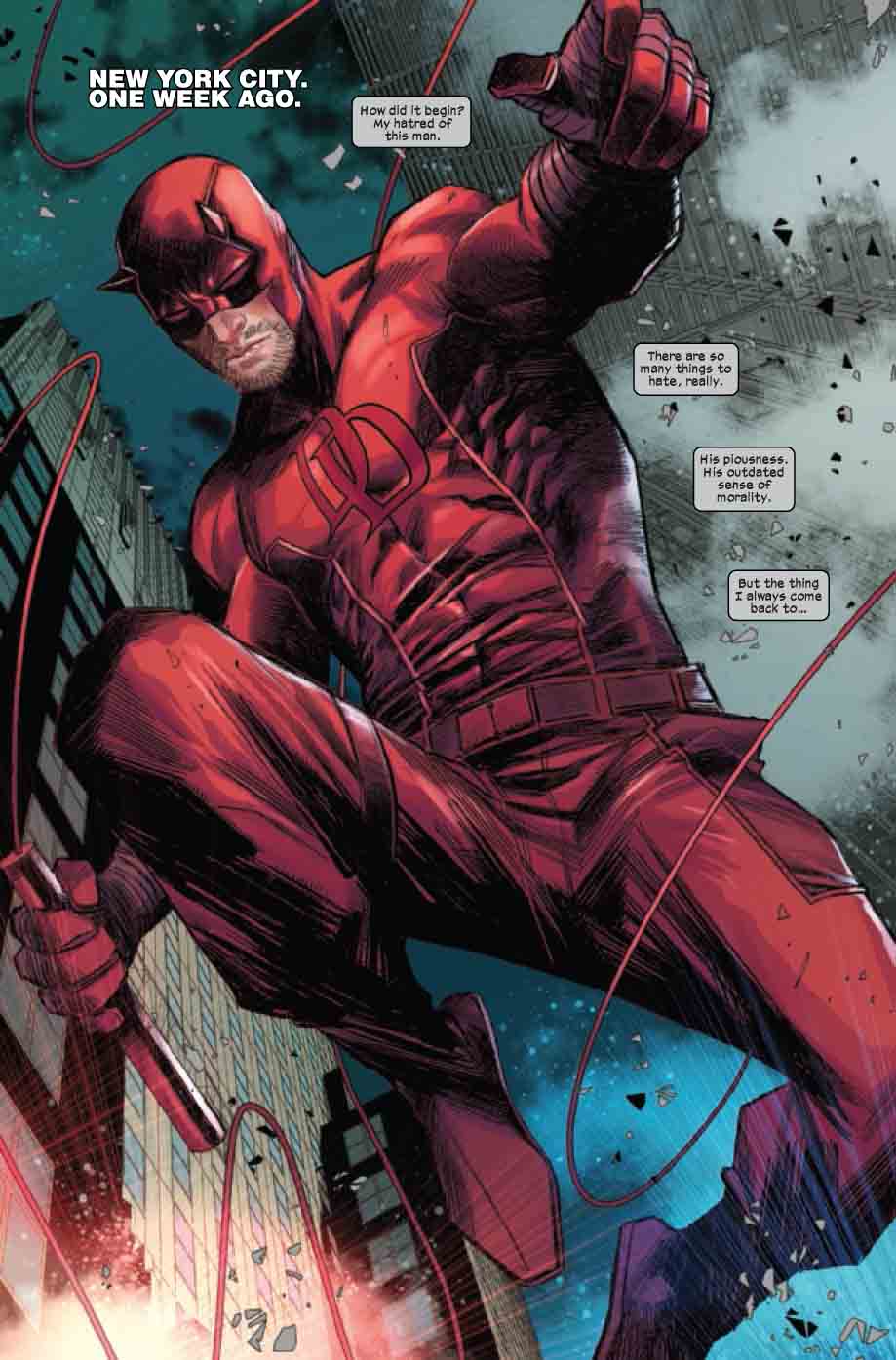 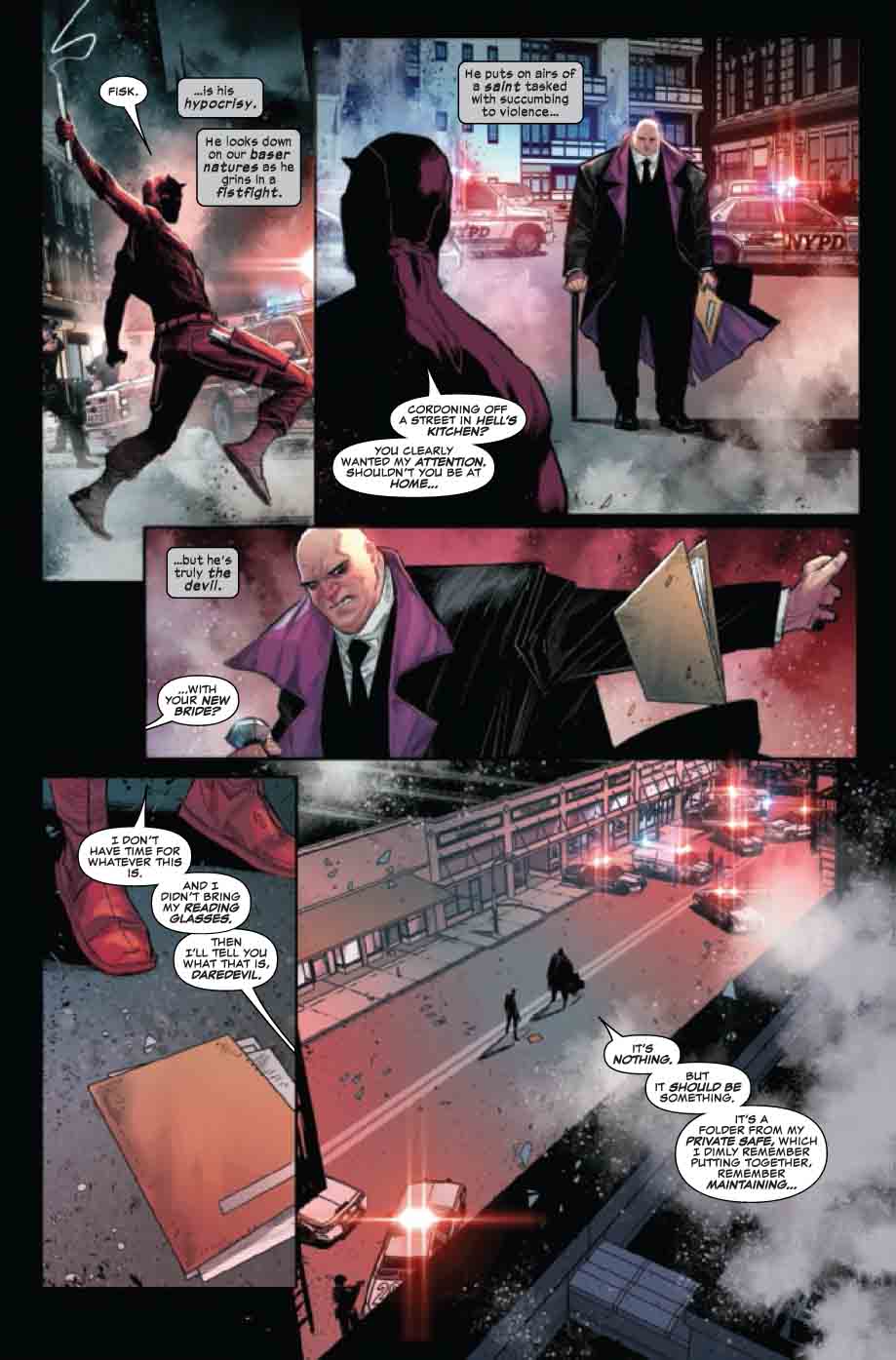 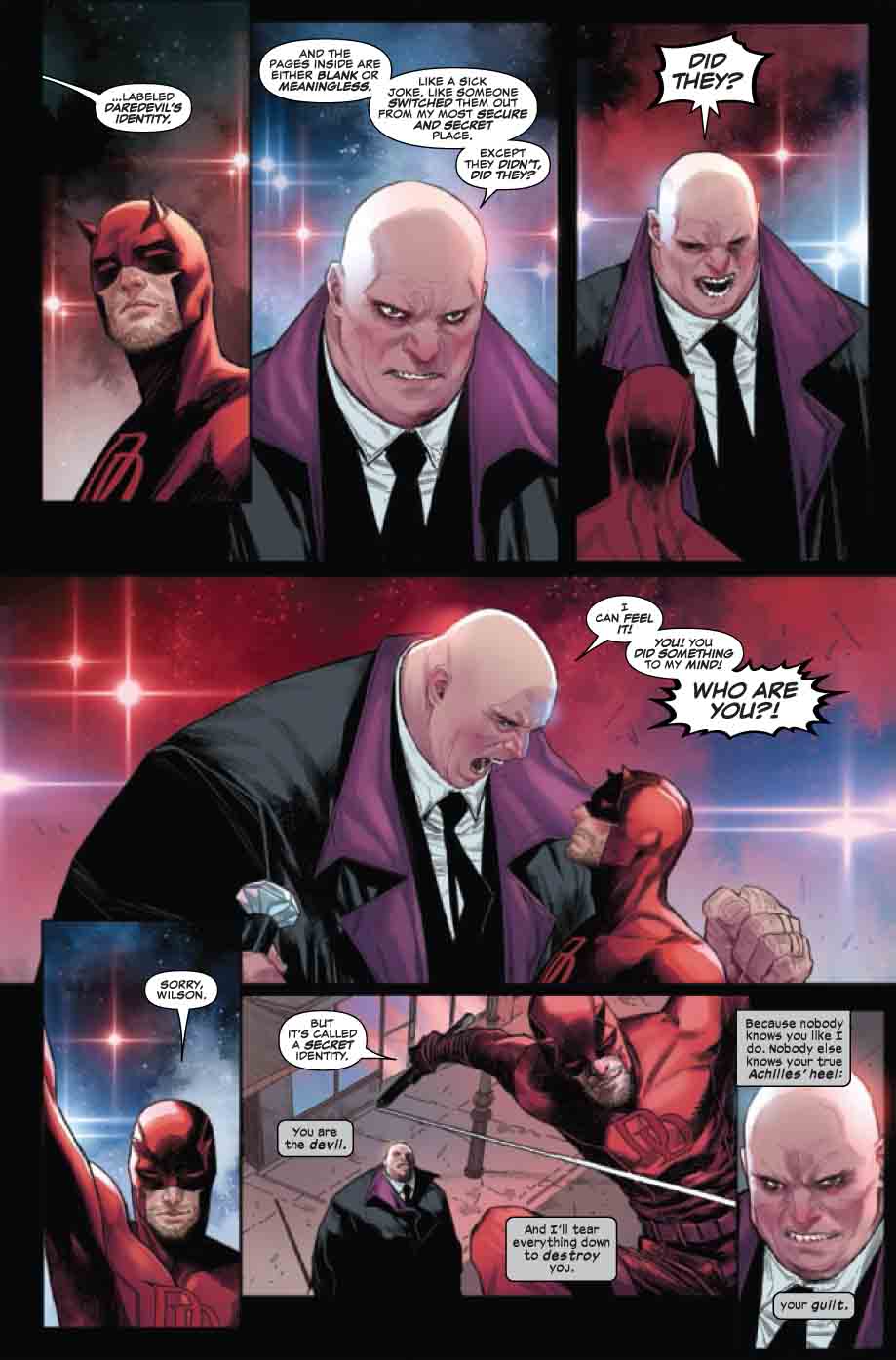 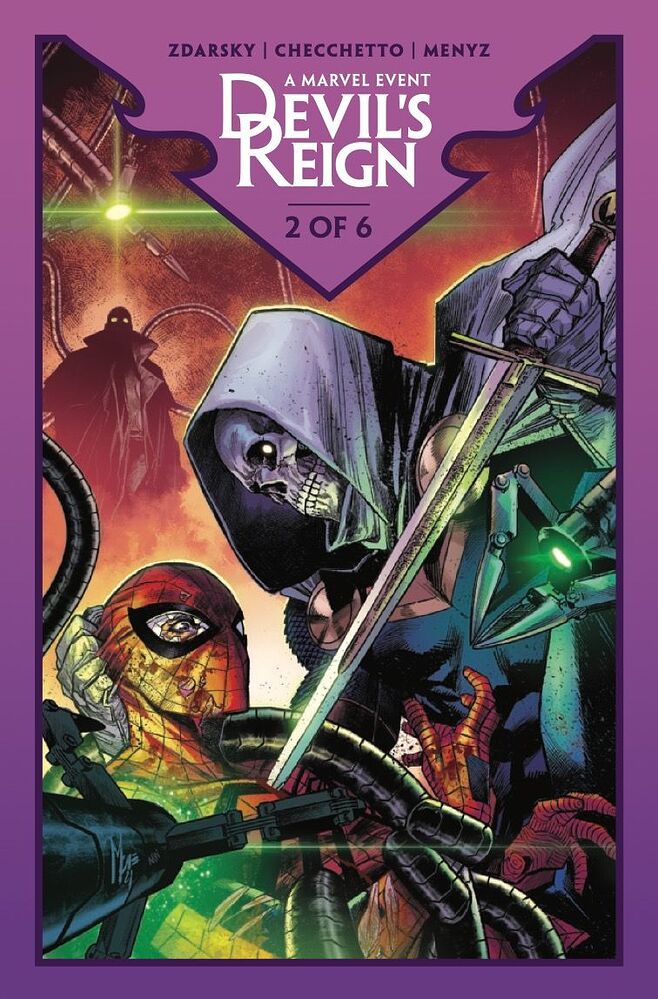 ALSO IN THIS ISSUE: Hizzoner isn’t the only one with ambitions-the forces he’s marshaled do as well. You know what they say about honor among thieves… 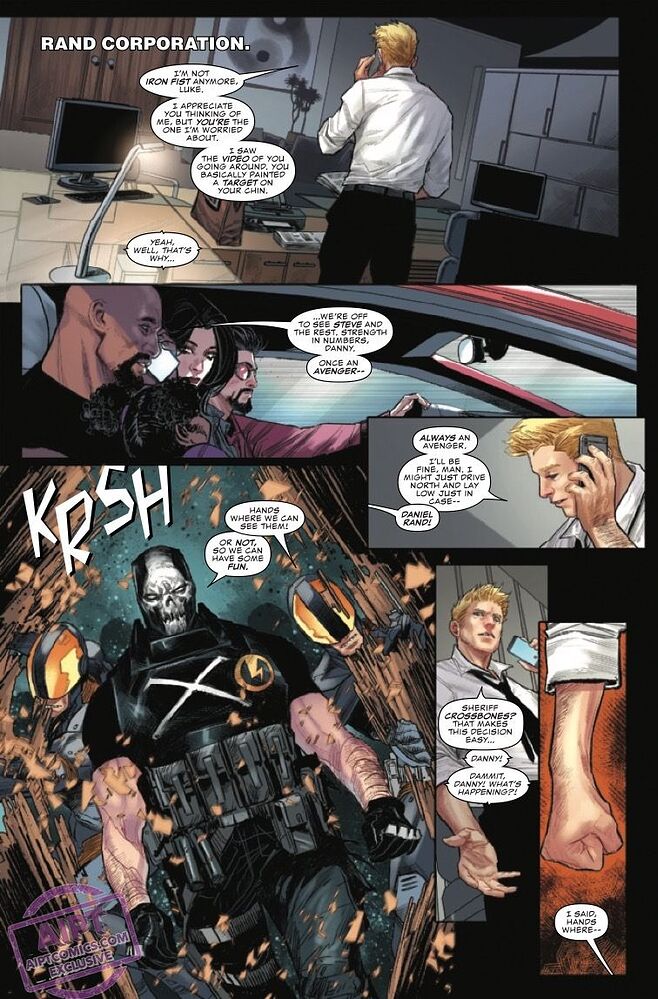 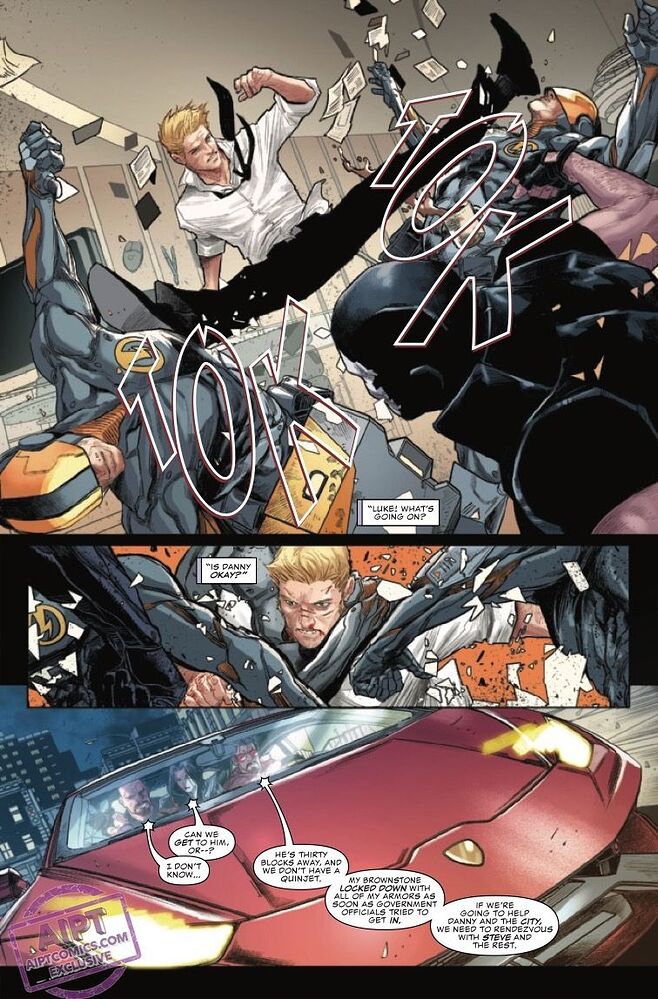 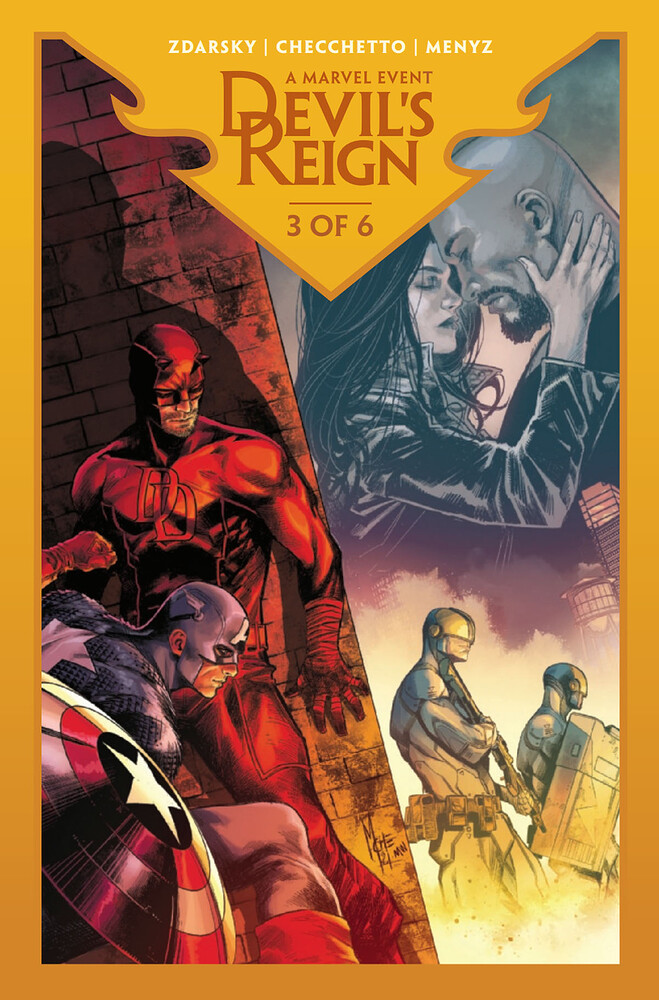 (W) Chip Zdarsky (A/CA) Marco Checchetto, Marcio Menyz
New York City stands at the brink of disaster as MAYOR WILSON FISK has at last reached a breaking point, with an army of super villains at his back, and a deputized crew of super villainous THUNDERBOLTS on the streets and in every police station. Worse still, he’s put the Marvel Universe’s most powerful tools into (all six) hands of one of its most diabolical minds, unaware of the disaster that could befall the entire city as a result!

As a gauntlet of super villains stand between Captain America, Iron Man, Spider-Man and Daredevil and liberating the heroes who have been captured by Fisk’s law enforcement, they’re ALL about to learn that the danger is closer than they ever thought possible. Civilians, heroes, even children - NO ONE is safe from the Kingpin’s wrath. 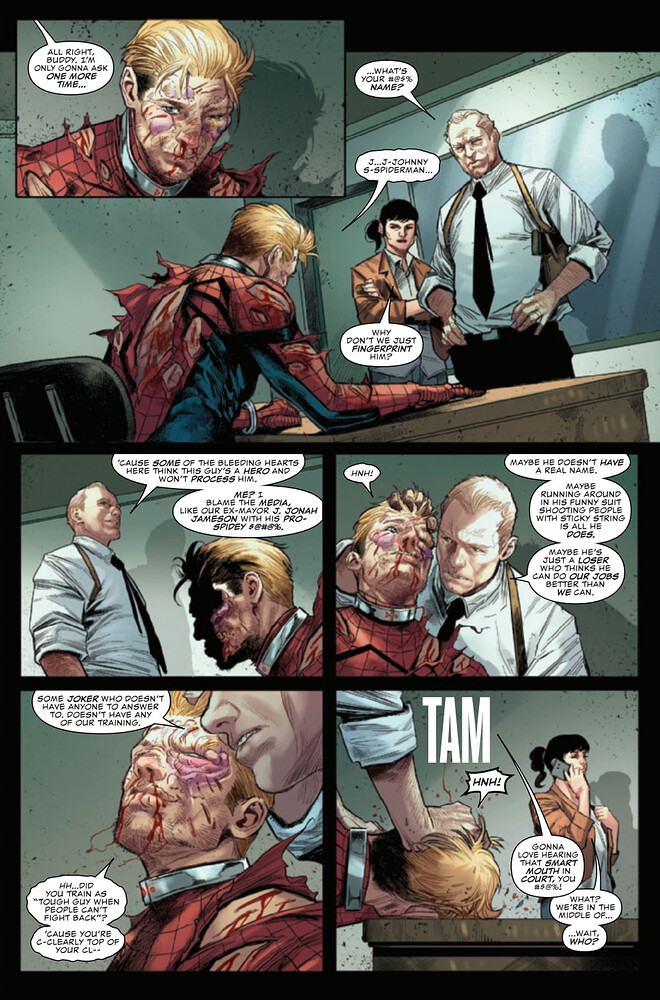 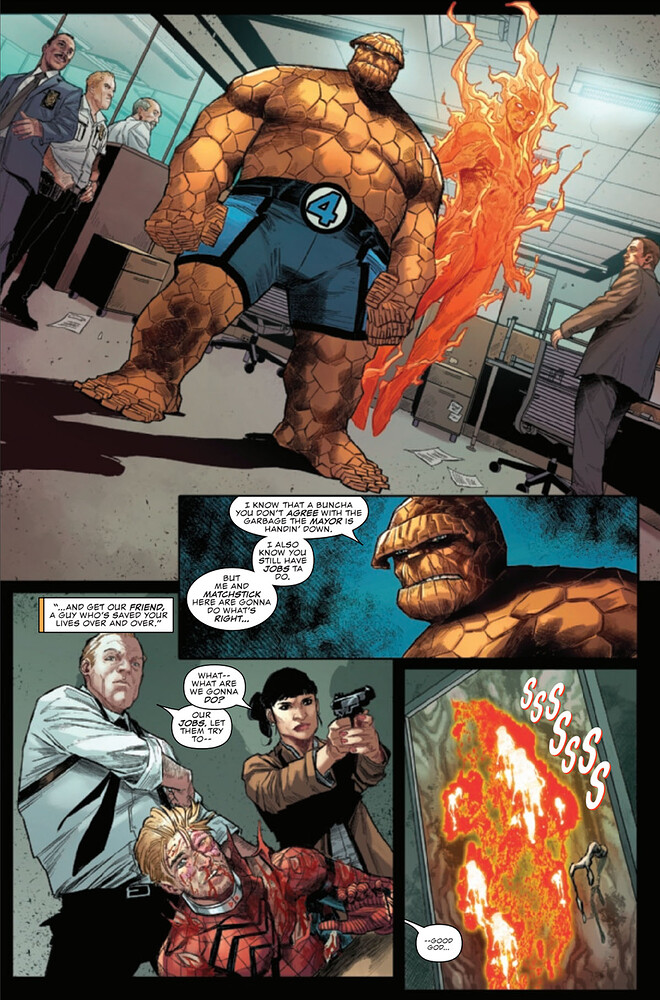