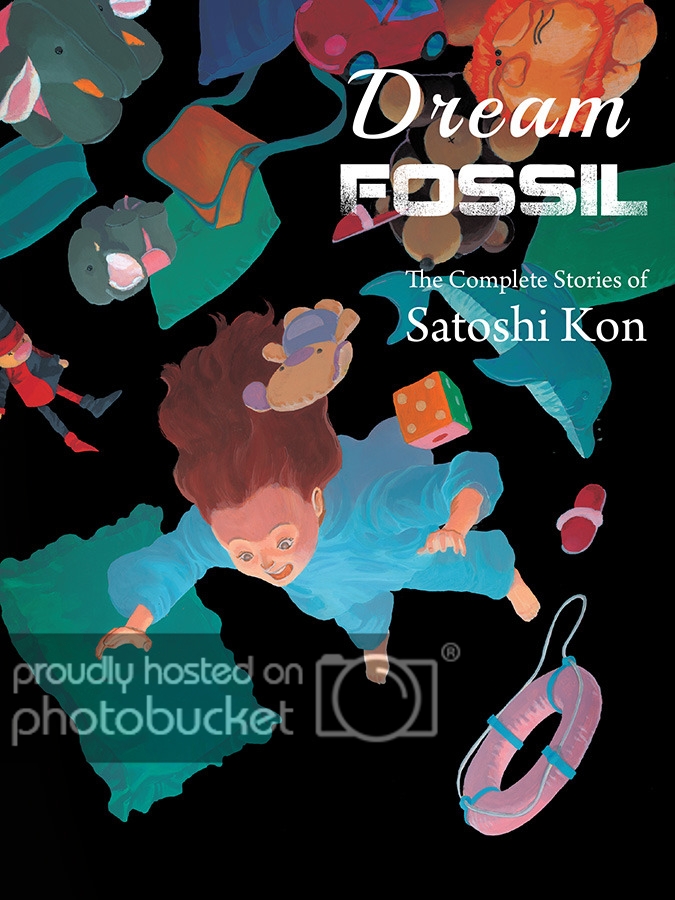 Dream Fossil is a collection of 15 short stories by the late Satoshi Kon. These stories, serialized in a variety of magazines in the 1980’s, give a rare glimpse into the early stages of Kon’s uniquely compelling style of storytelling. The buds of dream-like themes and imaginative worldviews that would blossom in his later animated works are also readily apparent. Yes the flights of fancy are anchored by knowing, empathetic portrayals of the very human nature of each story.

Satoshi Kon was born on October 12, 1963. While in college, at the Musashino Art University, Kon made his debut as a manga artist with the short manga Toriko (1984) and earned a runner-up spot in Kodansha’s 10th Annual Tetsuya Chiba Awards. Afterward, he found work as Katsuhiro Otomo’s assistant. Kon is credited by some, including TIME Magazine, as one of the faces most responsible for bringing Japanese pop-culture to America. His feature length films Perfect Blue, Paprika, Millennium Actress and Tokyo Godfathers We’re all distributed in theaters across the States and saw critical acclaim worldwide earning a number of awards in the process. Satoshi Kon was listed as one of TIME Magazine’s 2010 People of the Year. Winner of the Festival Internacional de Cinema de Catalunya 2003 - Best Animated Film Academy Award submission 2003 for Millennium Queen Winner of the Public’s Choice Award 35th Montreal New Cinema Award for Paprika Winner of the Best Feature Film Award at the 8th Newport Beach Film Festival Kon died on August 24, 2010 at the age of 46.*[/quote]