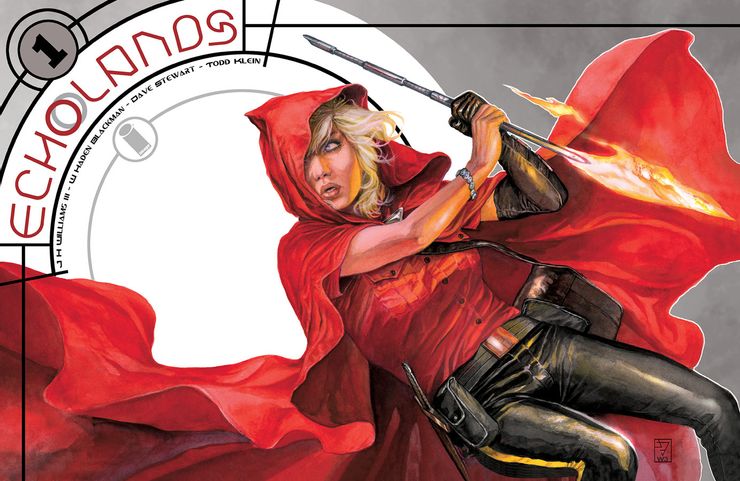 « The pages shown here have a couple features that I find interesting. The first spread [p. 10/11] has this nice sense of building drama. Something about the layout creates a kind of cinematic pacing, but then boldly breaks it with the large wide close-up of Hope, » Williams III said. « That close-up image causes a lingering pause in the action, reinforcing something important is happening, before moving back again into more cinematic movement. »

« Hope Redhood has stolen a gem from Teros Demond, the despotic ruler of the city. Soon after, she and her ally Cor find themselves cornered by Demond’s overzealous coppers, » Blackman said in regard to the spread of pages 10-11. « This spread shows off the widescreen format – we’re able to use it to build from the initial confrontation through Hope’s use of her innate powers and the copper’s realization that something is amiss… We’re still very conscious of using the page turn for reveals, so here we end on a bit of a cliffhanger before we showcase the full effect of Hope’s ‹ red. › » 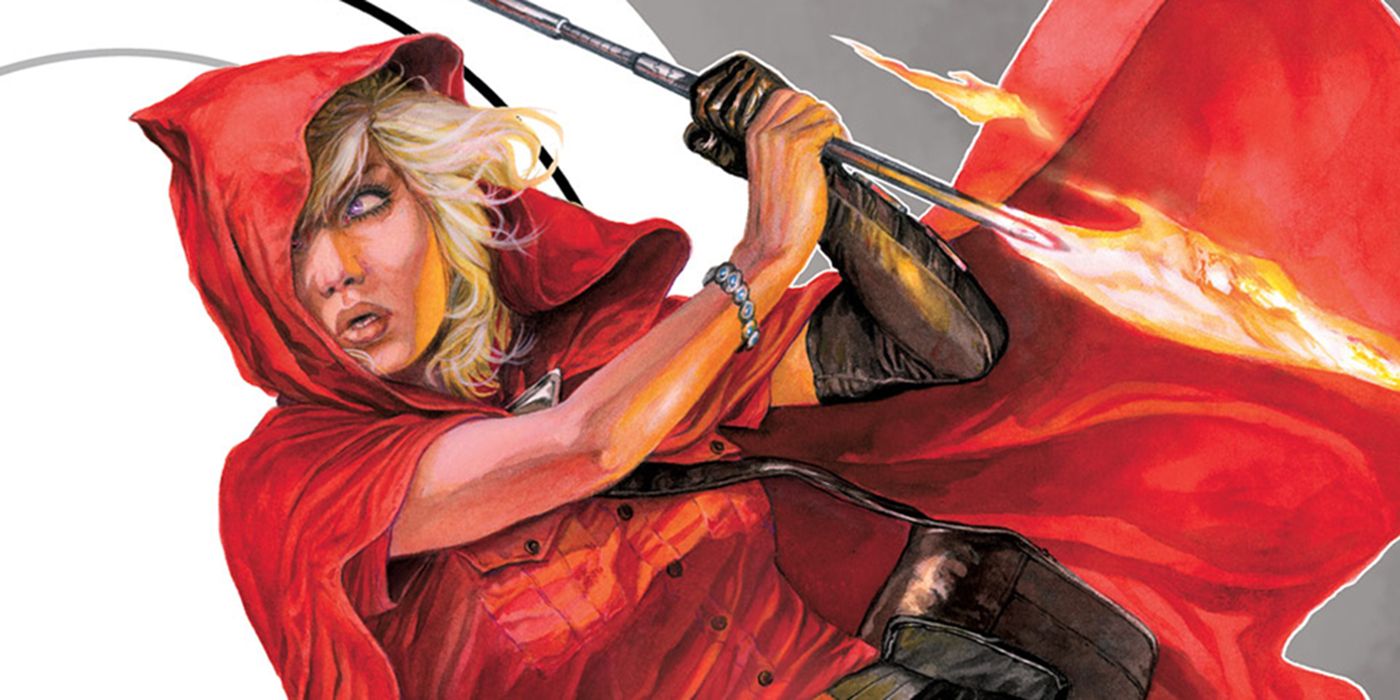 CBR has an exclusive look at interior pages from J.H. Williams III and W. Haden Blackman's Echolands, which brings a landscape format to Image Comics.