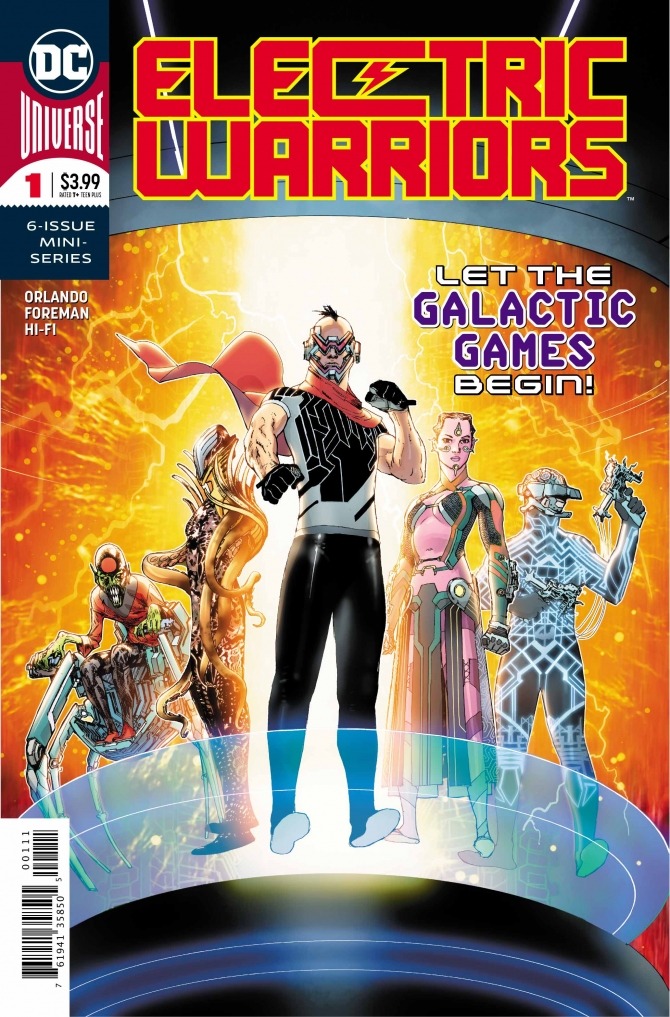 Years after the Great Disaster, the Earth has started to rebuild and rejoin the universal coalition. In order to prevent a galactic war, different worlds throughout the known cosmos have created a new system of competitive combat to give each participating planet their own voice in the intergalactic struggle. Each world has one diplomatic gladiator, chosen to possess the Electric Seed and fight for their homeland as the Electric Warrior! Each fighter forsakes their personal life in the name of peace.

So what happens when Earth can’t choose a single combatant and sends two instead? The bruiser War Cry represents the humans of Earth, while Deep Dweller, a shape-shifter from the Octopus Tribe, represents the animal kingdom. Can they maintain one common goal, or will they tear Earth’s tenuous coexistence to shreds and destroy the rest of the universe with it? Oh, and War Cry also has a powerful relic from Earth’s past: Superman’s cape! 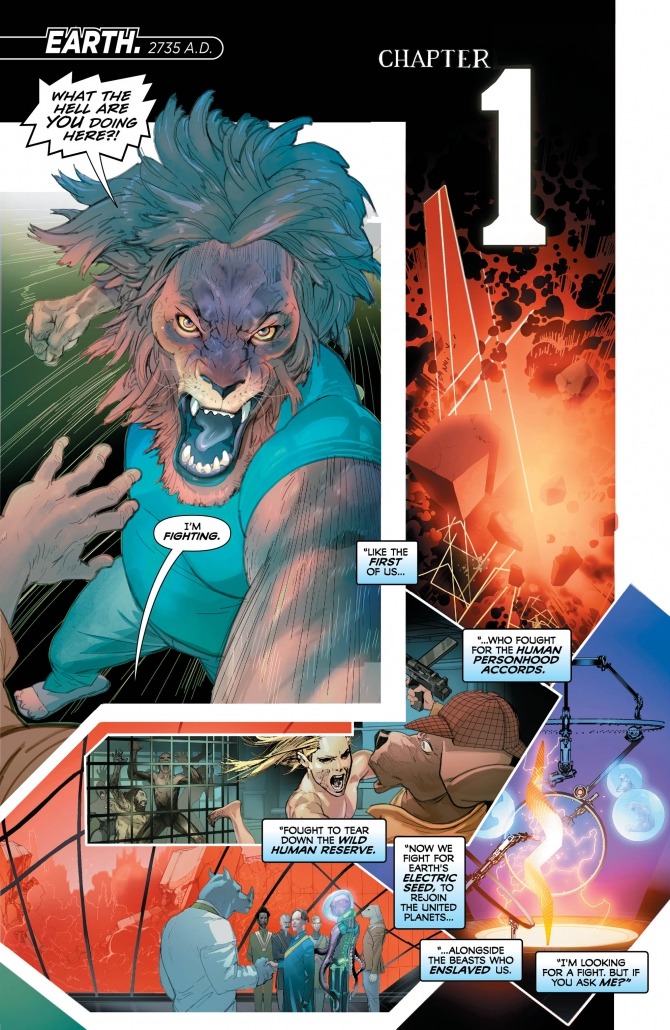 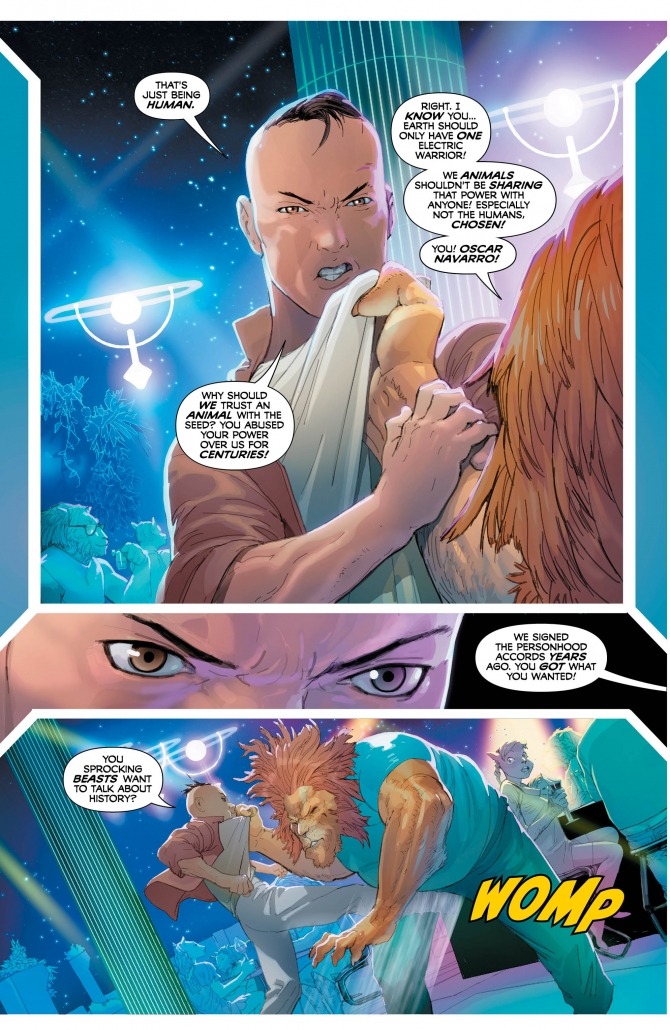 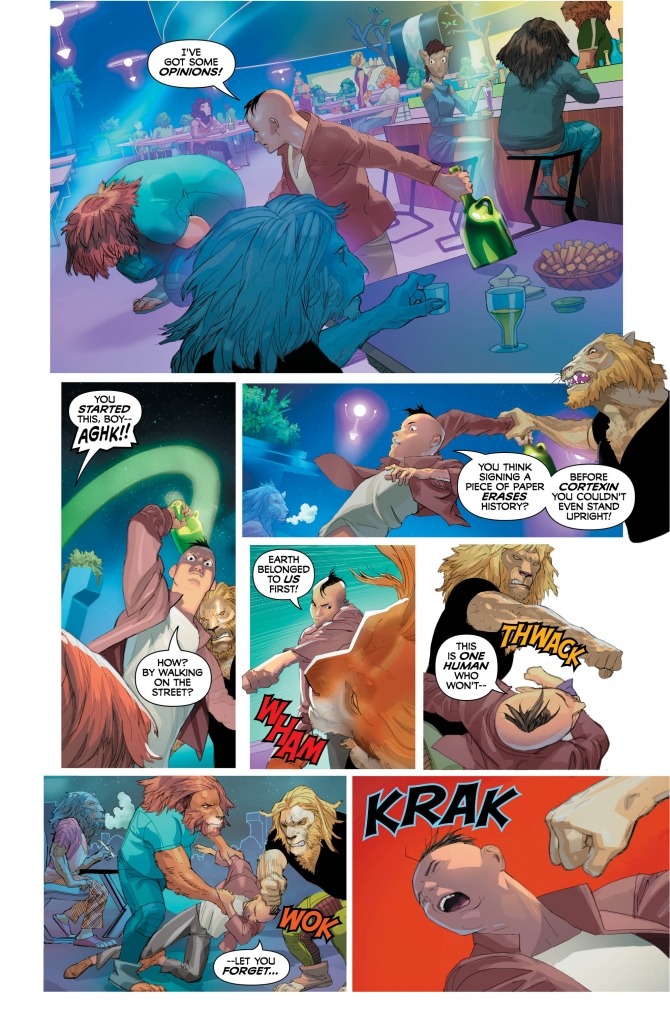 The Planet Covenant is live! Warrior representatives from across the known galaxies have gathered to wage battle and prove their cosmic superiority. Representing the humans of Earth is War Cry, who enters into his first gladiatorial match with all the ego and bluster we can expect from Earthlings. But will it be enough to stop the lava-spewing champion of Saturn? Alliances are formed in and out of the arena, as each fighter starts to establish their rank. War Cry thinks he has found a friend in an empathic healer from distant Vrang, but he can’t help but think his only true friend may be the oceanic Deep Dweller, his rival from Earth. And of course, what no one yet knows is what the ruling powers are after. It can’t just be watching species from around the cosmos tearing each other apart…can it? 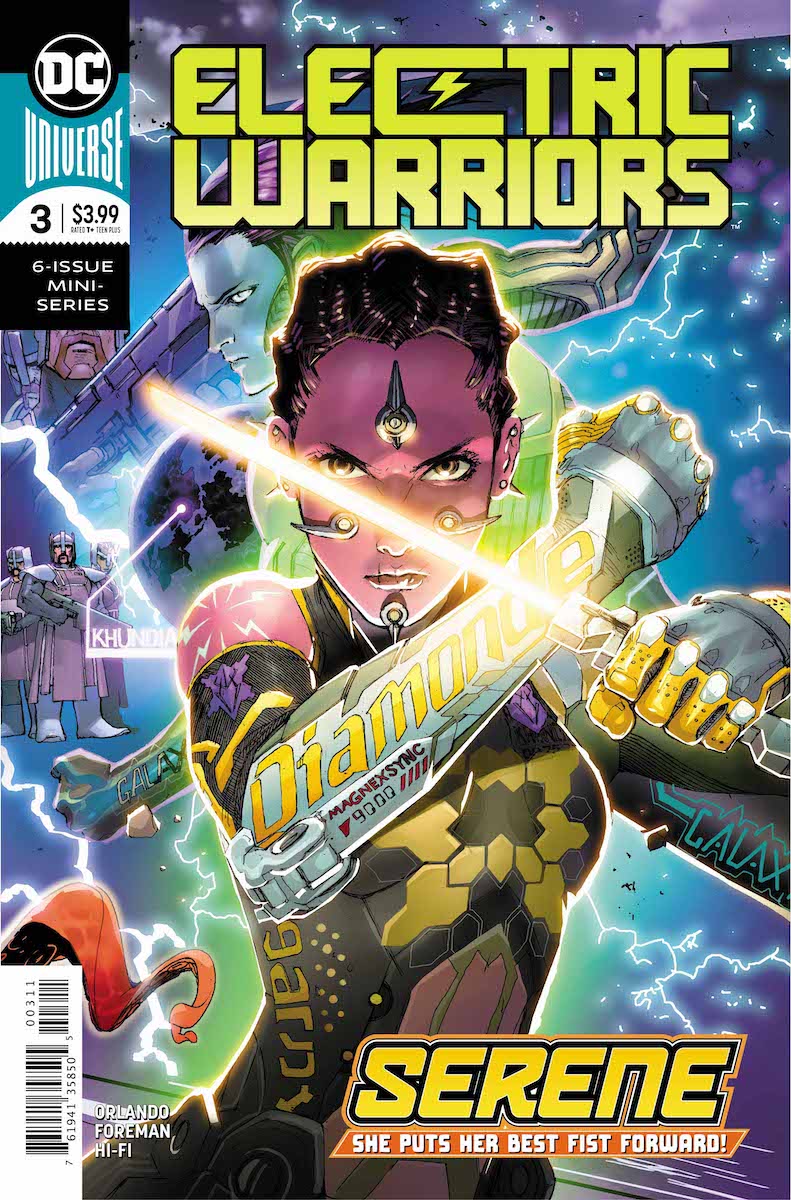 written by STEVE ORLANDO
art and cover by TRAVEL FOREMAN
The revolution starts now! Inceptor accidentally digs too far into the memories of the Electric Warrior from Gil’Dishpan and uncovers a conspiracy at the heart of the Covenant. The planet games are meant to bring profit and keep the various peoples across the galaxies in check, rather than encourage peace and cooperation. If Inceptor can convince the other Warriors of what he’s learned, it might just spark the revolution that will free a galaxy.
ON SALE 01.16.19
$3.99 US | 3 of 6 | 32 PAGES
FC | RATED T+ 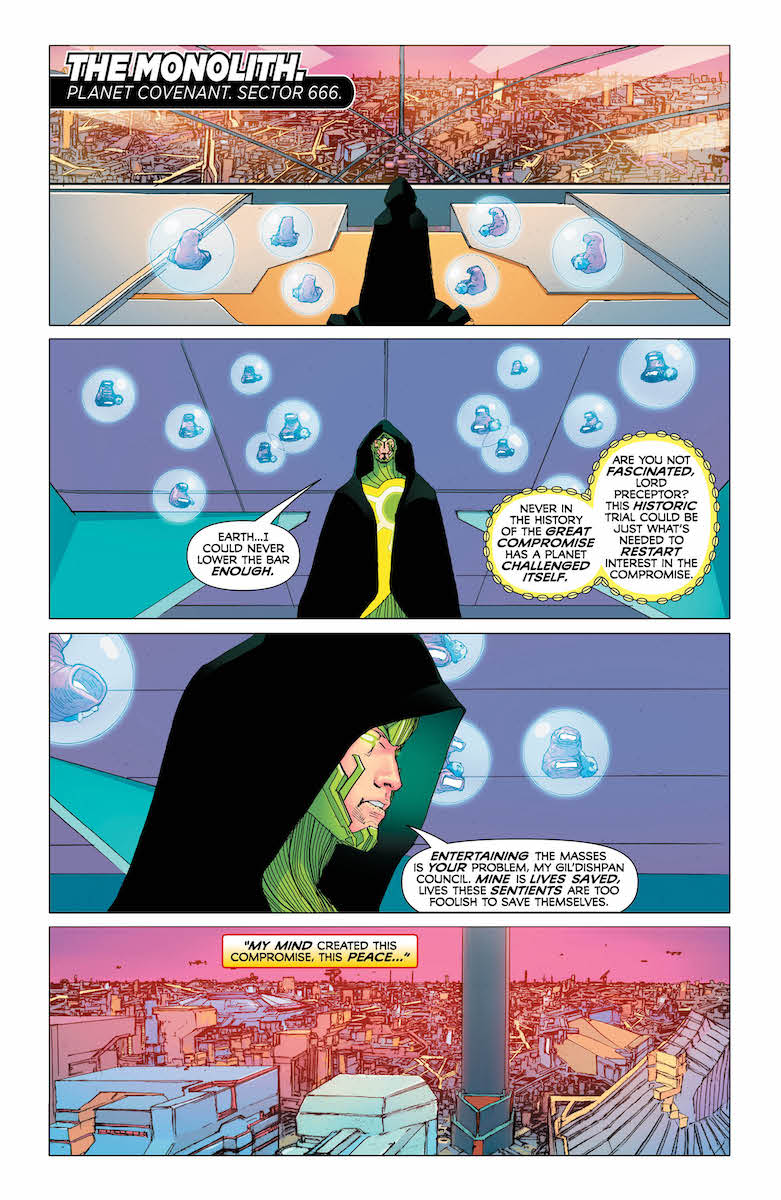 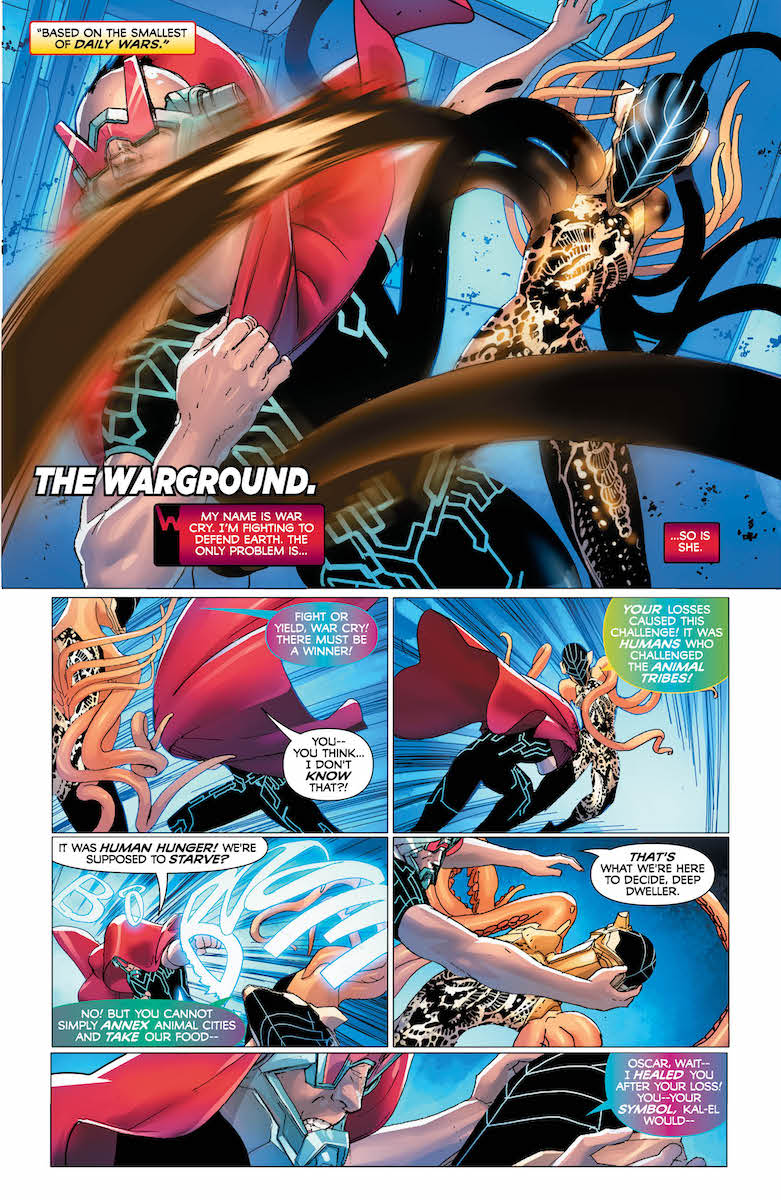 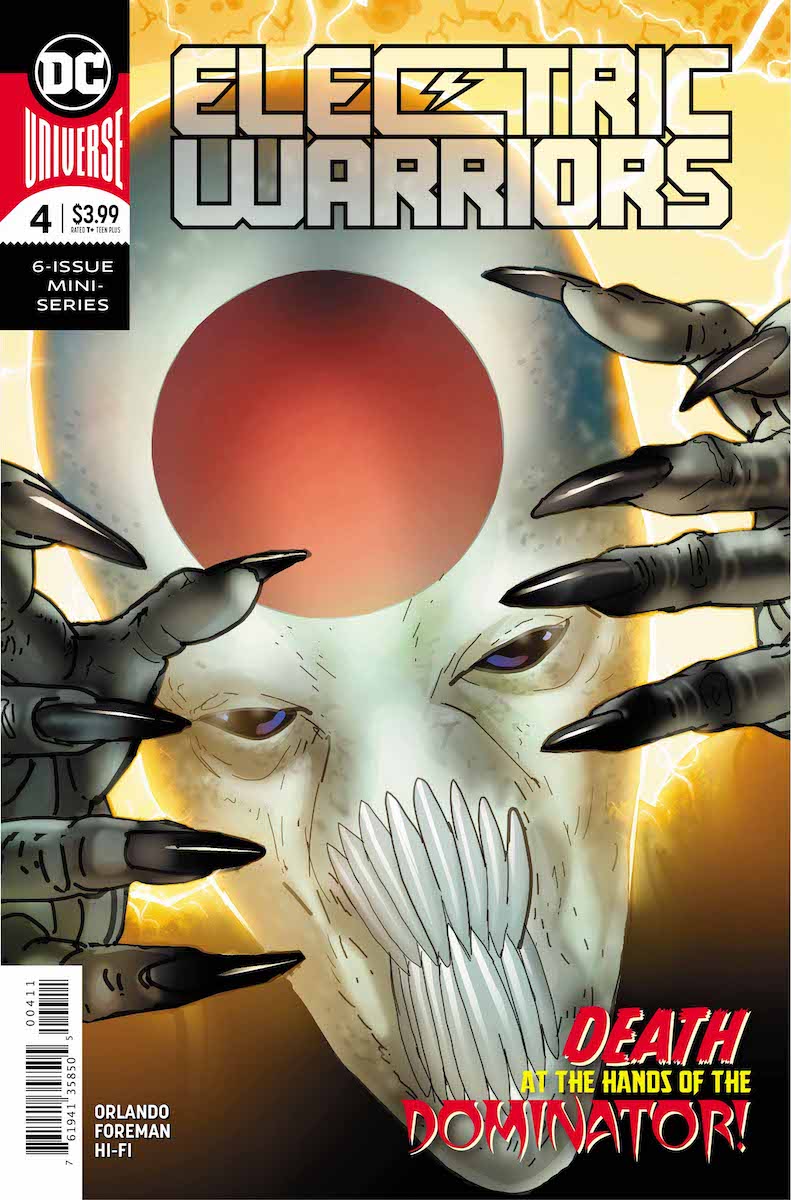 ELECTRIC WARRIORS #4
written by STEVE ORLANDO
art and cover by TRAVEL FOREMAN
After infiltrating a secret Covenant gathering, our heroes are left disheartened and helpless. Have all of their battles been for nothing? Will their home planets ever survive the harsh reality of the universe that surrounds them? It’s up to an unexpected leader, the Interceptor, to inspire his cohorts once more. But will his efforts ensure victory or only the beginning of the end for the Electric Warriors? And what will their rebellion mean for all their friends and family back on their home planets?
ON SALE 02.13.19
$3.99 US | 4 of 6 | 32 PAGES
FC | RATED T+ 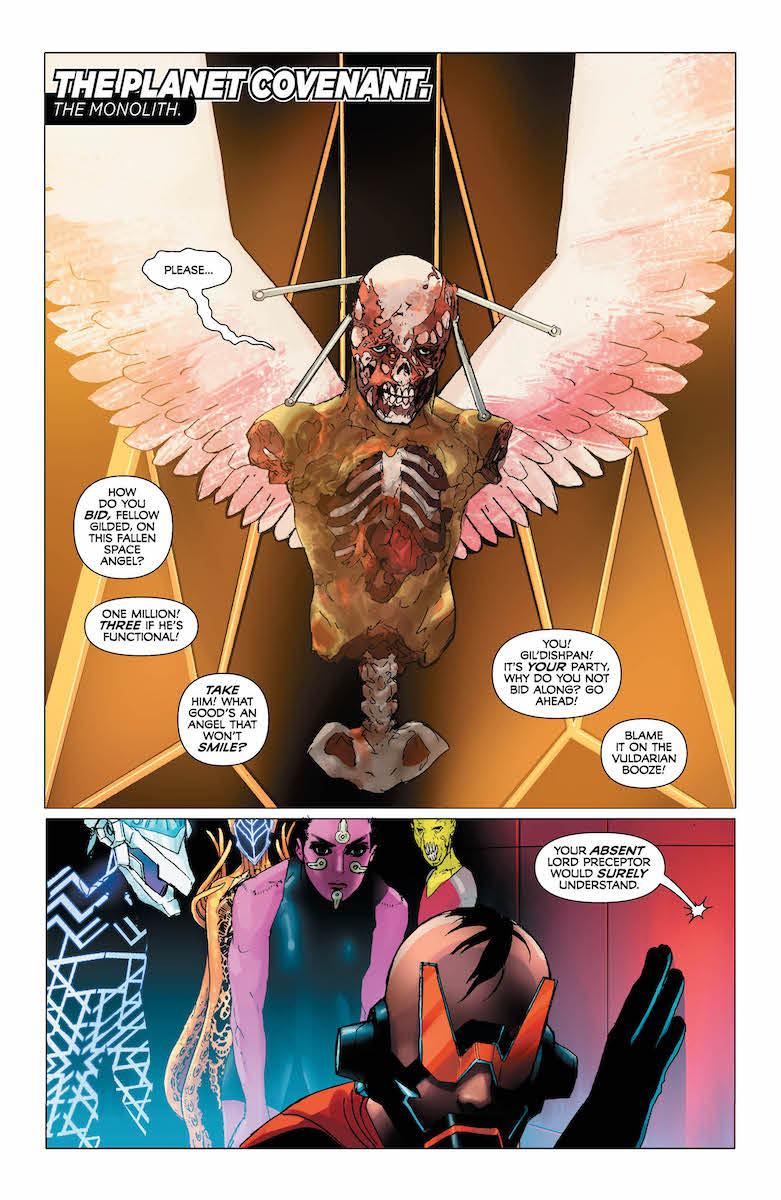 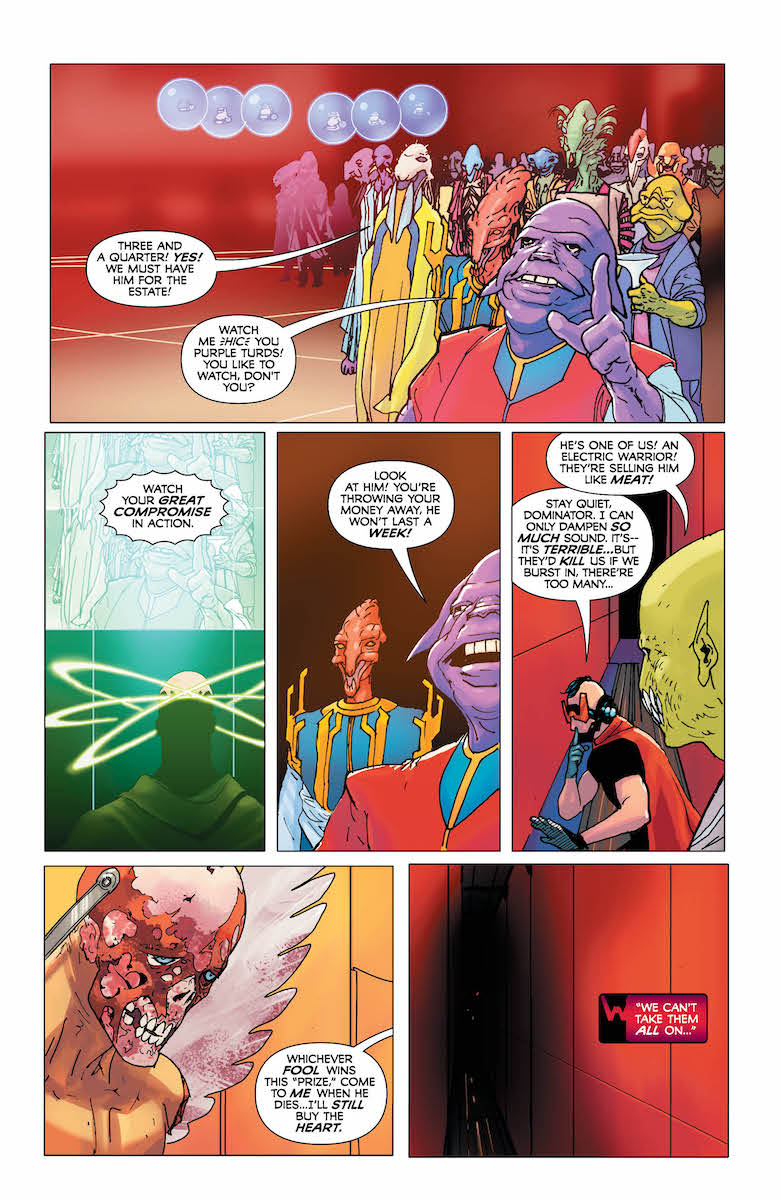 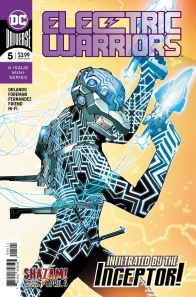 Reeling from a sudden, tragic death, the remaining Electric Warrior rebels discover a dark secret about one of their own. Can War Cry keep the group together after the truth about his identity is revealed? Or is this all just part of the Gil’Dishpan’s plan to keep the universe under their control for good? 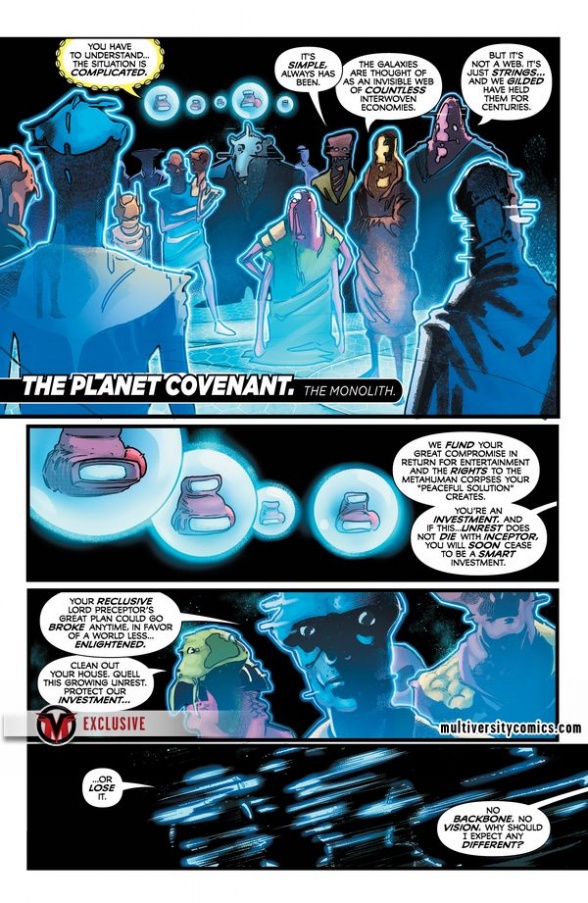 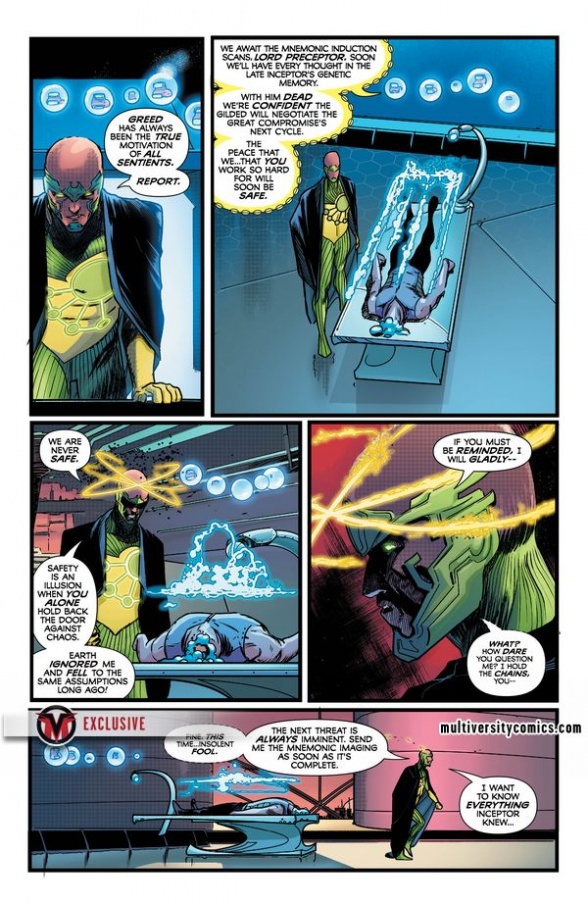 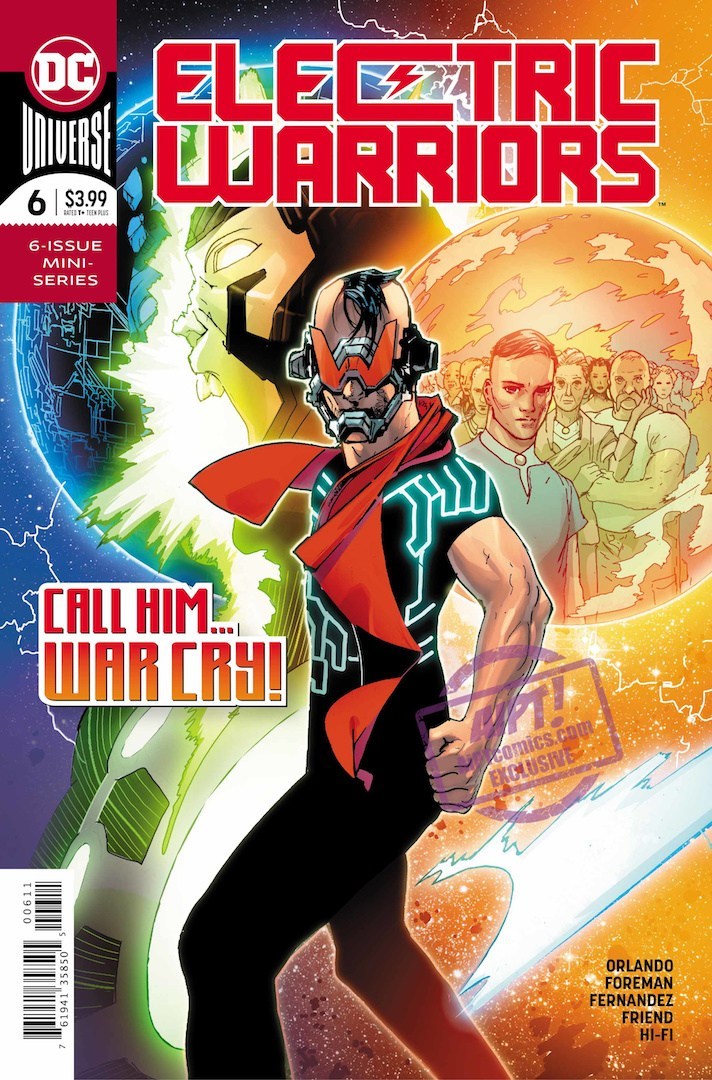 The revolution is off to a rocky start, and War Cry is to blame! Can our hero convince his fellow warriors that their captors have no interest in peace? If he fails, Earth isn’t the only planet on the brink of destruction–the whole universe will fall under Firestorm’s wrath! The nail-biting conclusion of this cult-hit miniseries will alter the future of the DC Universe forever. 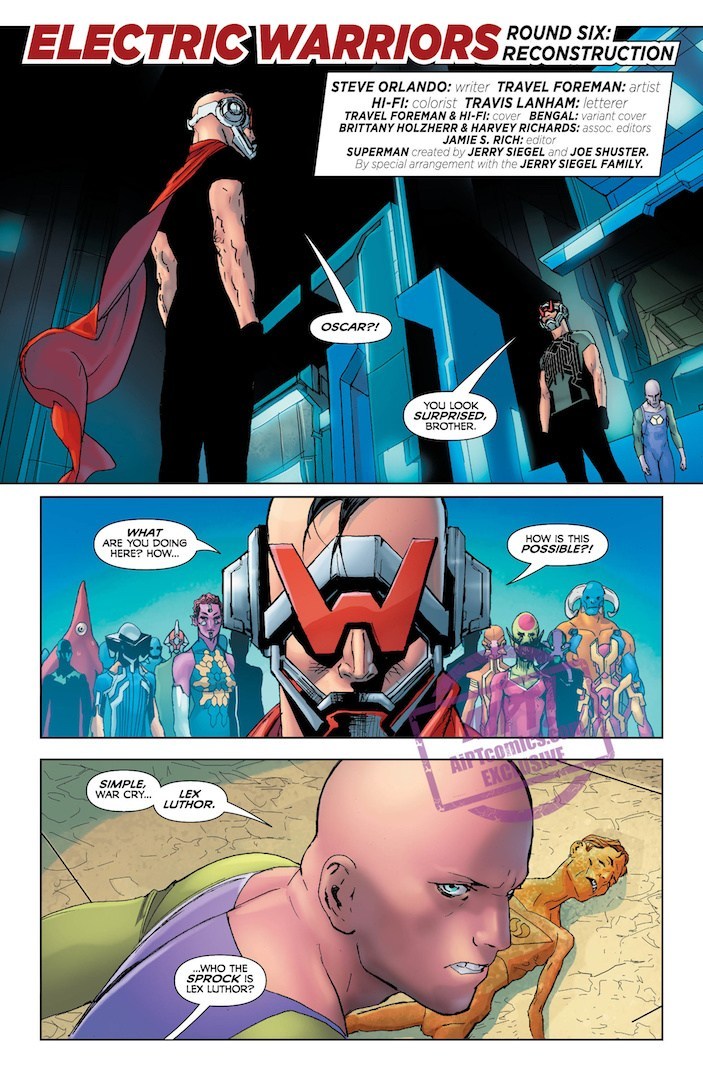 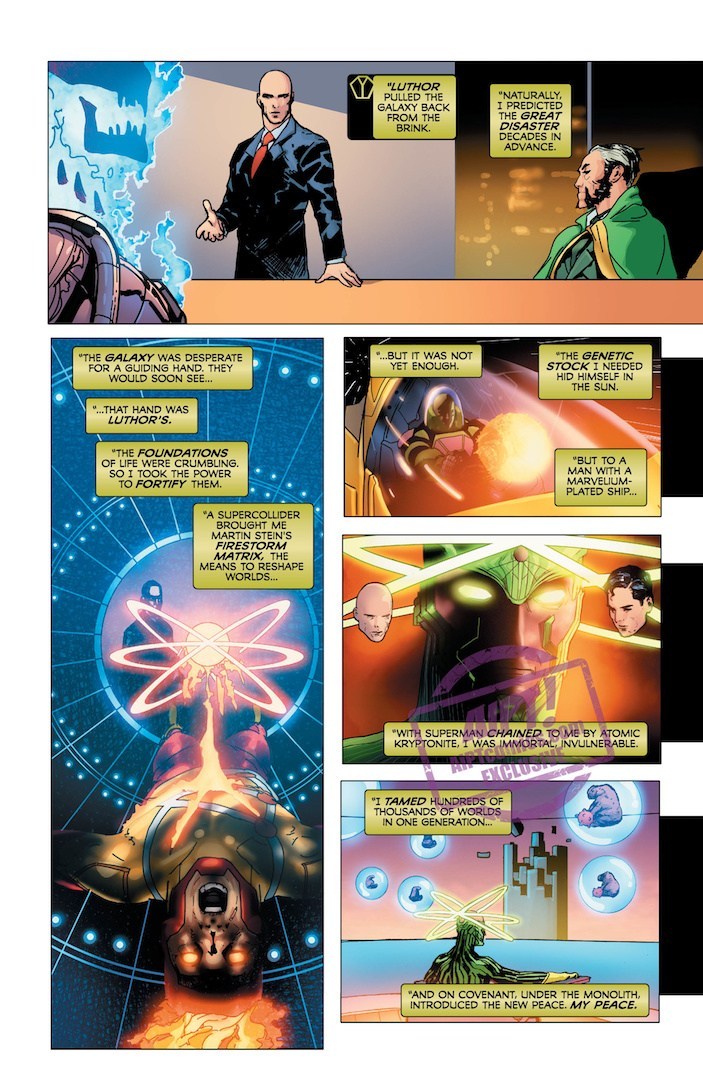