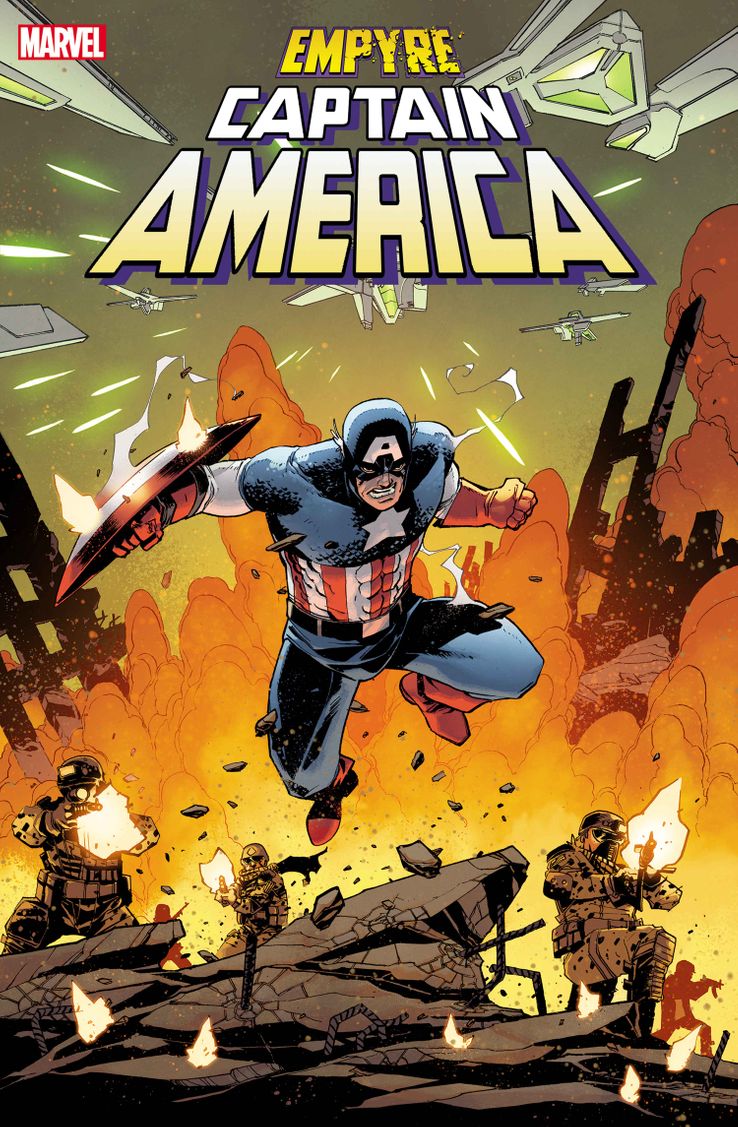 Empyre: Captain America #1 goes on sale in May from Marvel Comics.

“As an active duty soldier, having the opportunity to write Captain America is a TREMENDOUS honor. Cap is the truest representation of the Army values all soldiers strive to live by, and now it’s my responsibility to get him right for all the Cap fans, but ESPECIALLY for the veterans and active duty service members who want to feel that pride, kinship and camaraderie anytime they see Steve Rogers on the page."

"In the Empyre: Captain America miniseries, Cap faces a global invasion that is simply too big for the Avengers to handle alone, and it falls to him to not only get the U.S. military behind him, but to unite military forces all around the world. Instead of his usual crew of gods, legends, and superheroes, we’ll see him getting muddy and bloody alongside ordinary soldiers and civilians who stand to lose everything, and who need a leader like Captain America to bring them together.”