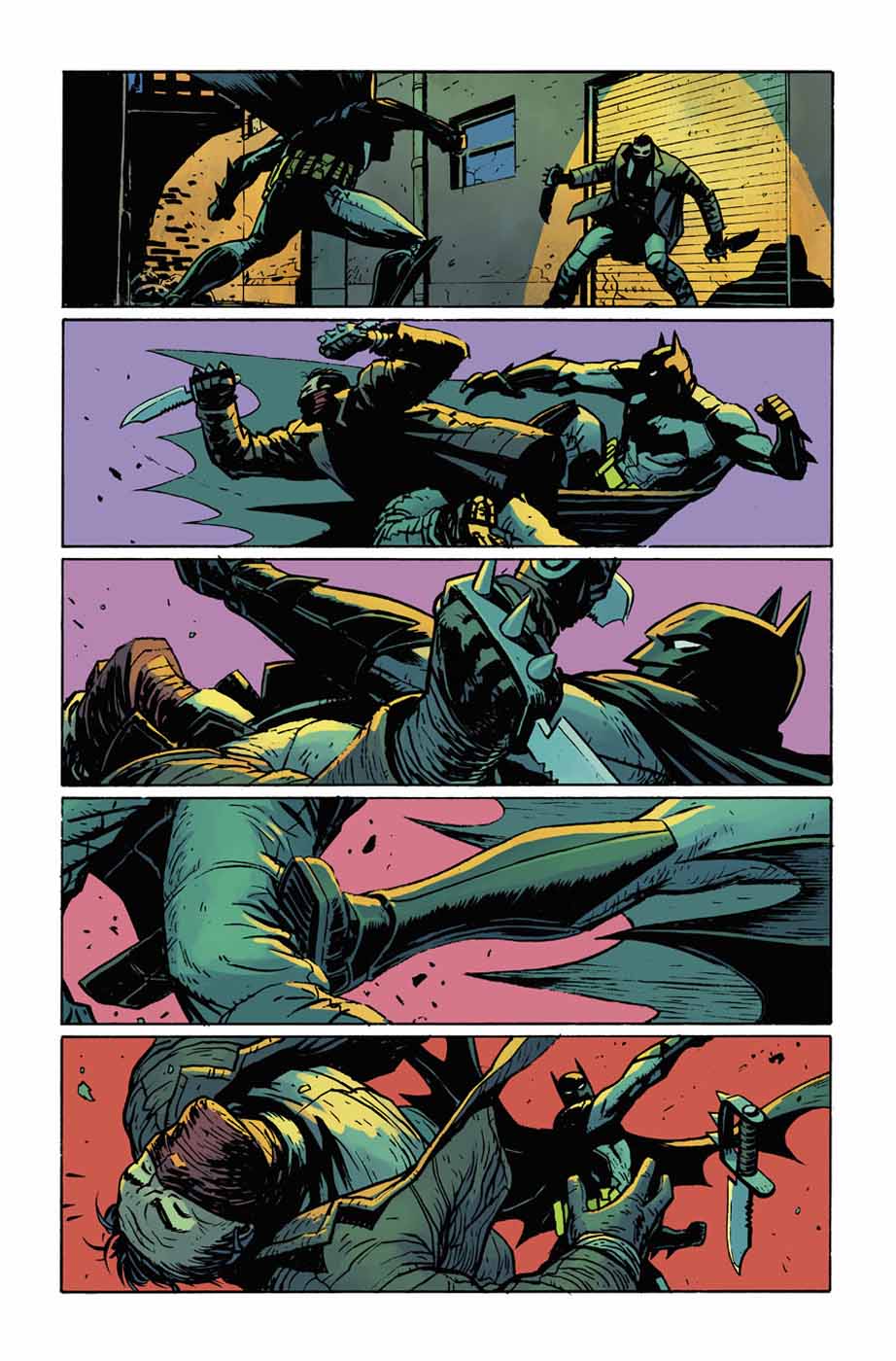 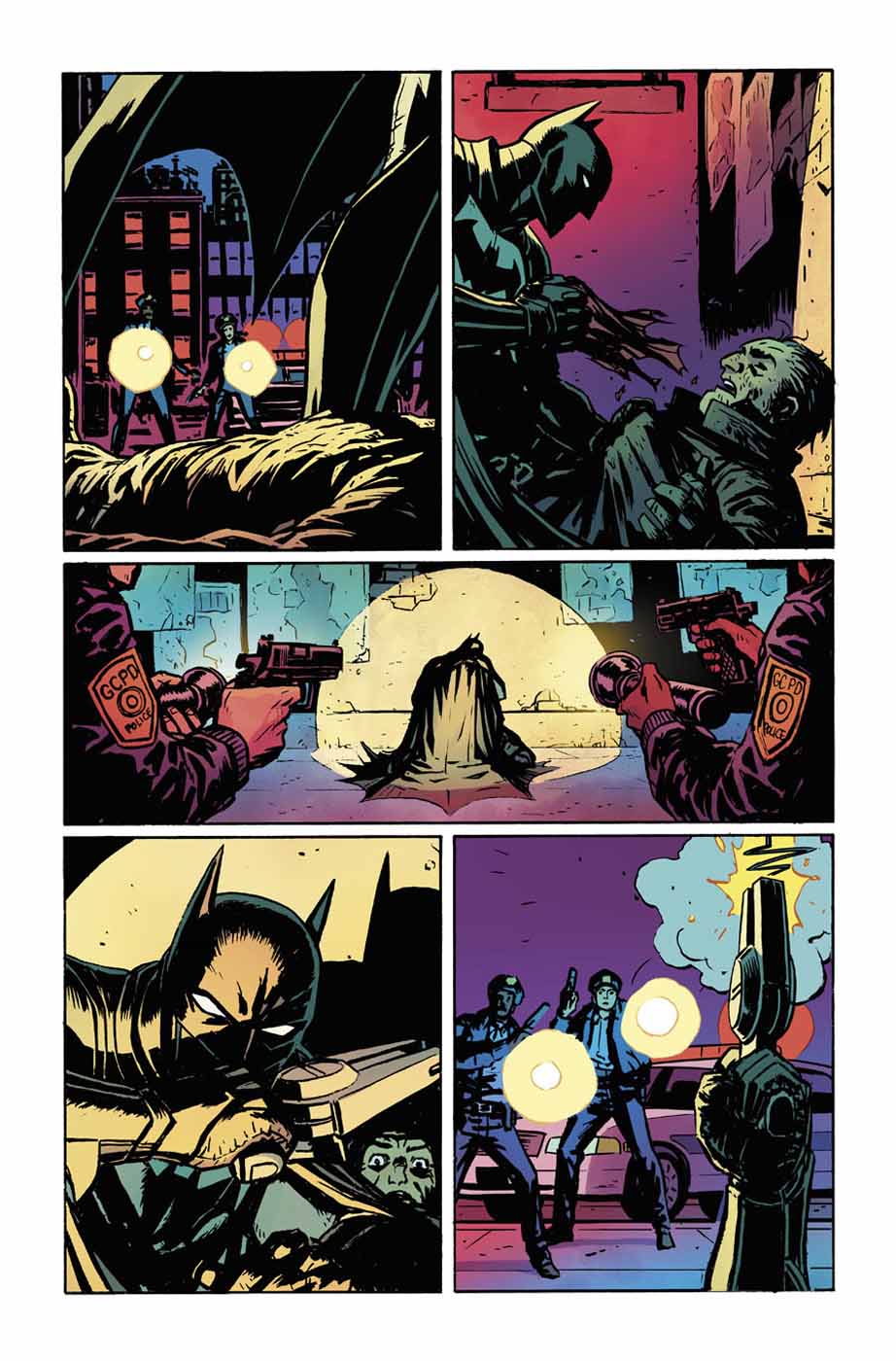 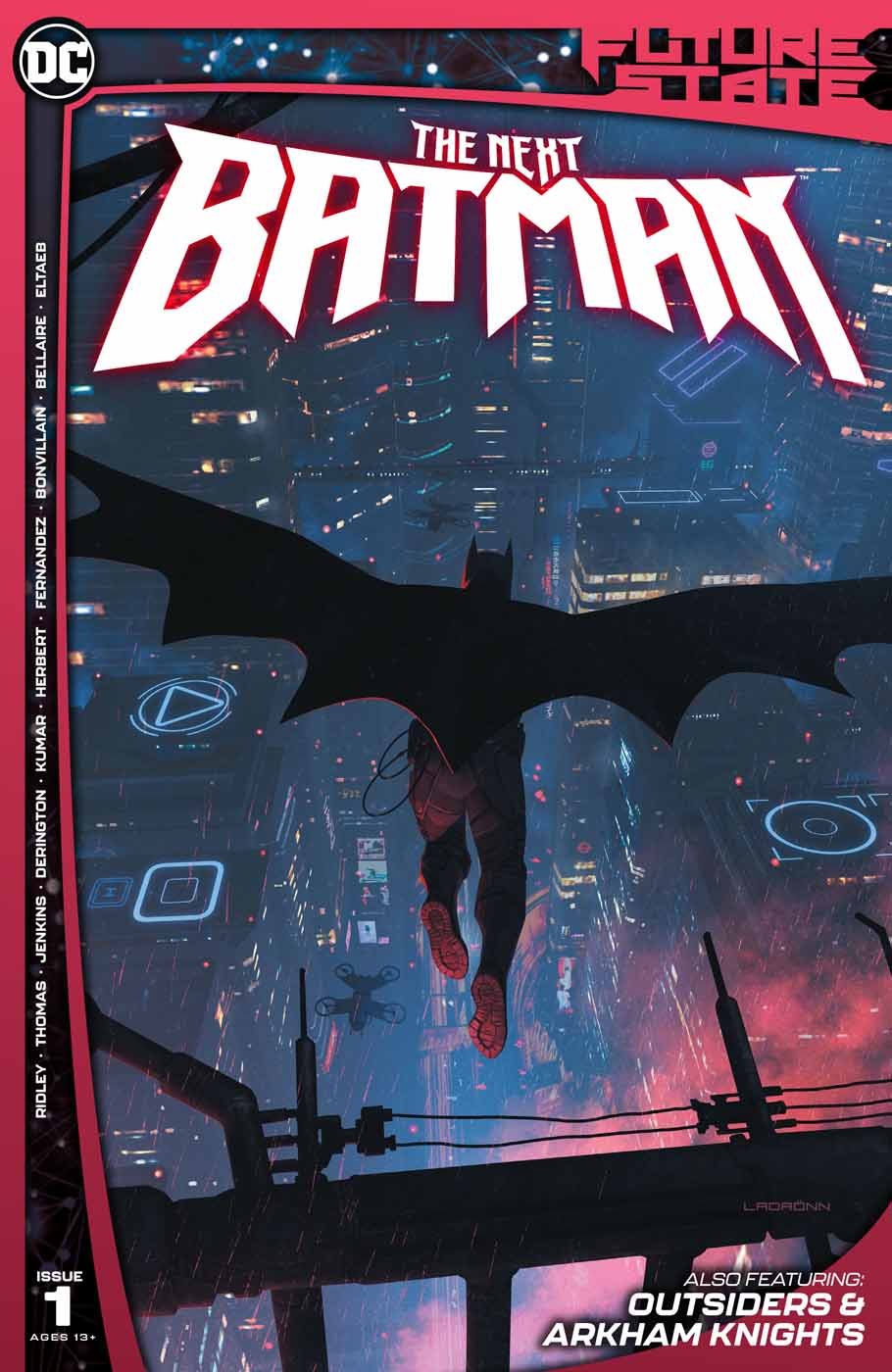 FUTURE STATE: THE NEXT BATMAN #1

Description: Gotham City has always been dangerous–but now, it’s downright deadly! Following the tragedy of « A-Day, » the mayor allowed the private law enforcement group known as the Magistrate to take over policing so-called mask crime–and that has given rise to a new Dark Knight! What is this mysterious crime fighter’s connection to former Batman weaponeer Lucius Fox? The fight for justice has never been this dangerous!

Then, in an new tale of the Outsiders, everything in Gotham City may be under the thumb of the Magistrate–but even members of that totalitarian force know that the outskirts of town are protected by the sword of Katana! 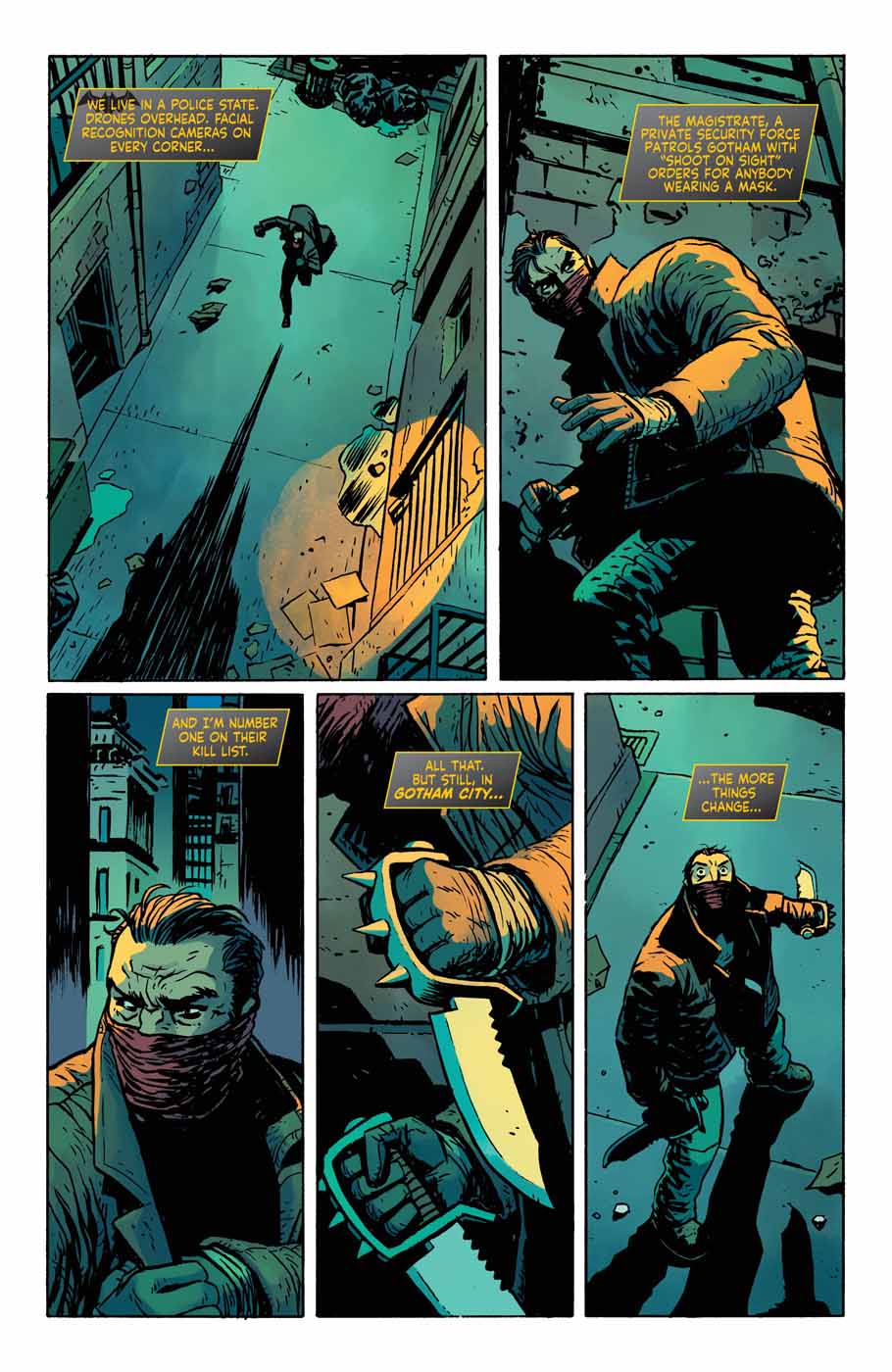 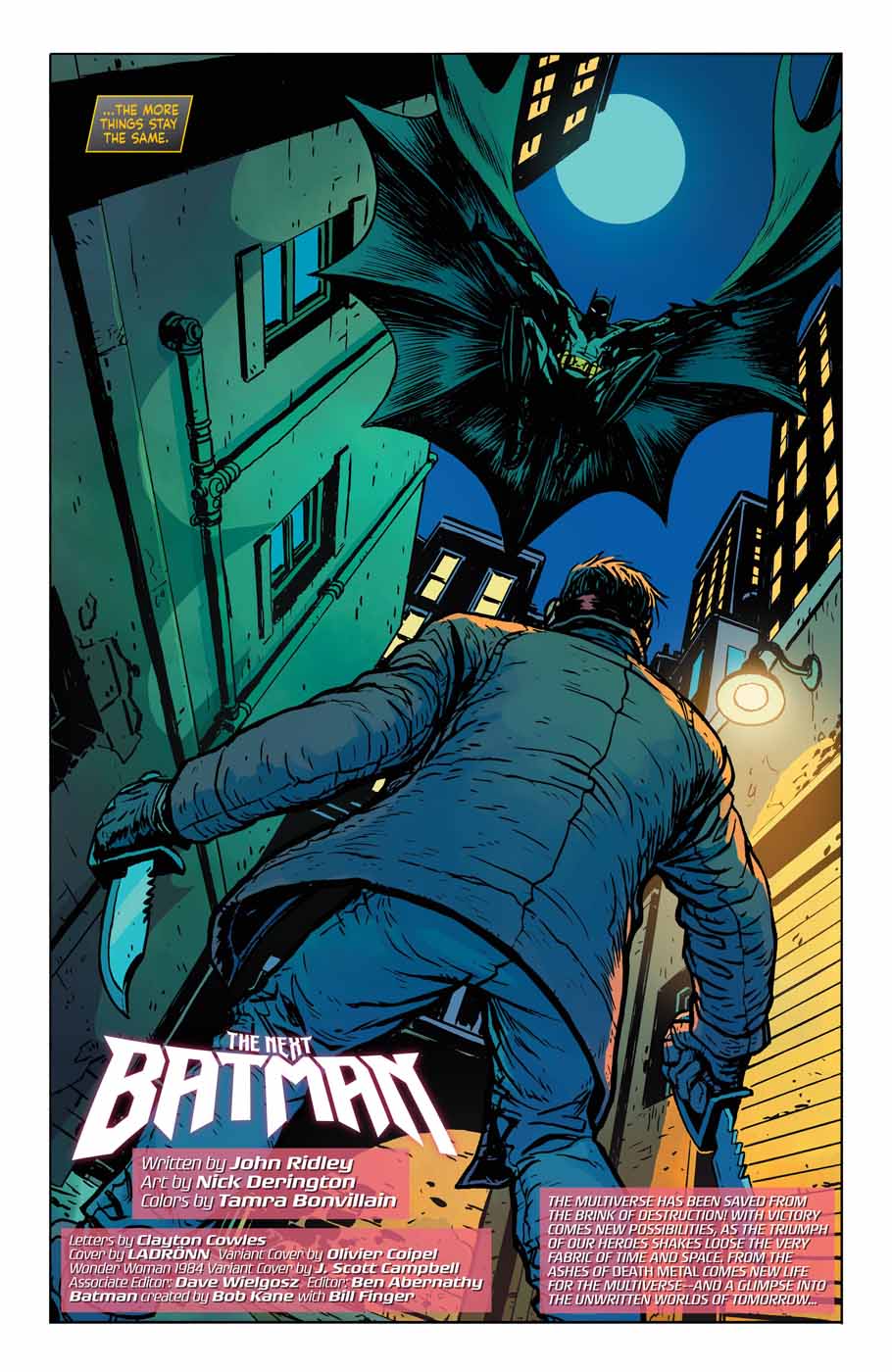 In this second Future State: Batman chapter, wearing a mask in Gotham City is now a crime-and when it’s compounded with murder, it can be a shoot-on-sight offense! Batman is on the trail of a murderous couple but quickly finds that all is not as it seems…and finds himself in the firing line of the Magistrate and their Peacekeepers! The gritty, street-level adventures of the new Dark Knight continue!
Also in this issue, Batgirls Cassandra Cain and Stephanie Brown find themselves in a prison where the Magistrate throws heroes and villains alike! What no one knows, though, is that Cassandra was sent there with a mission…
And in a story of the Gotham City Sirens, some girls just want to have fun-so what do you do when you find Gotham City in turmoil and overrun by Cybers? You go shopping, of course! Join Catwoman, Poison Ivy, and a new Siren on a gal’s night out. They’re on the town, looking for trouble…and finding it!