« Gary and I have been secretly working away on Geiger since we finished up Doomsday Clock earlier this year and we couldn’t be more excited to be doing our first creator-owned book for Image, » said Johns. « Now that we’re miles ahead of the release schedule, we can finally talk about it. Geiger was inspired by the early days of Image when wonderfully all-new, graphic characters like Todd McFarlane’s Spawn, Erik Larsen’s Savage Dragon and so many more were at the forefront of their publishing line. It was such an exciting time as a reader for us, and we’re hoping to tap into that excitement again with the unexpected and unknown with Geiger. Doomsday Clocks’s Brad Anderson is bringing his beautiful palette to the book. »

Who are the scavengers of a dying earth? Geiger is set in the years since a nuclear war ravaged the planet, desperate outlaws battle for survival in a world of radioactive chaos. Out past the poisoned wasteland lives a man even the Nightcrawlers and Organ People fear. Some name him Joe Glow, others call him The Meltdown Man. But his name… is Geiger.

Frank added: « It feels like we’ve been assembling this monster in a hidden tower for an age and waiting for the right storm to pass. I think we have something full of heart and horror and humanity and, now that we’re close, I’m hugely excited to see it released into the World. »

« At Image, nothing gives us more satisfaction than showcasing extraordinary talent, so publishing new work by the likes of Geoff Johns and Gary Frank is a true event, » said Eric Stephenson, Publisher & Chief Creative Officer at Image Comics. « There are few writers in modern comics whose names carry the same weight as Geoff’s, and Gary has been one of the industry’s best artists over two decades, so it’s been difficult to contain the excitement we all have over working with them on this incredible new series. »

Geiger #1 will be available at comic book shops in April 2021, and on the usual digital platforms. 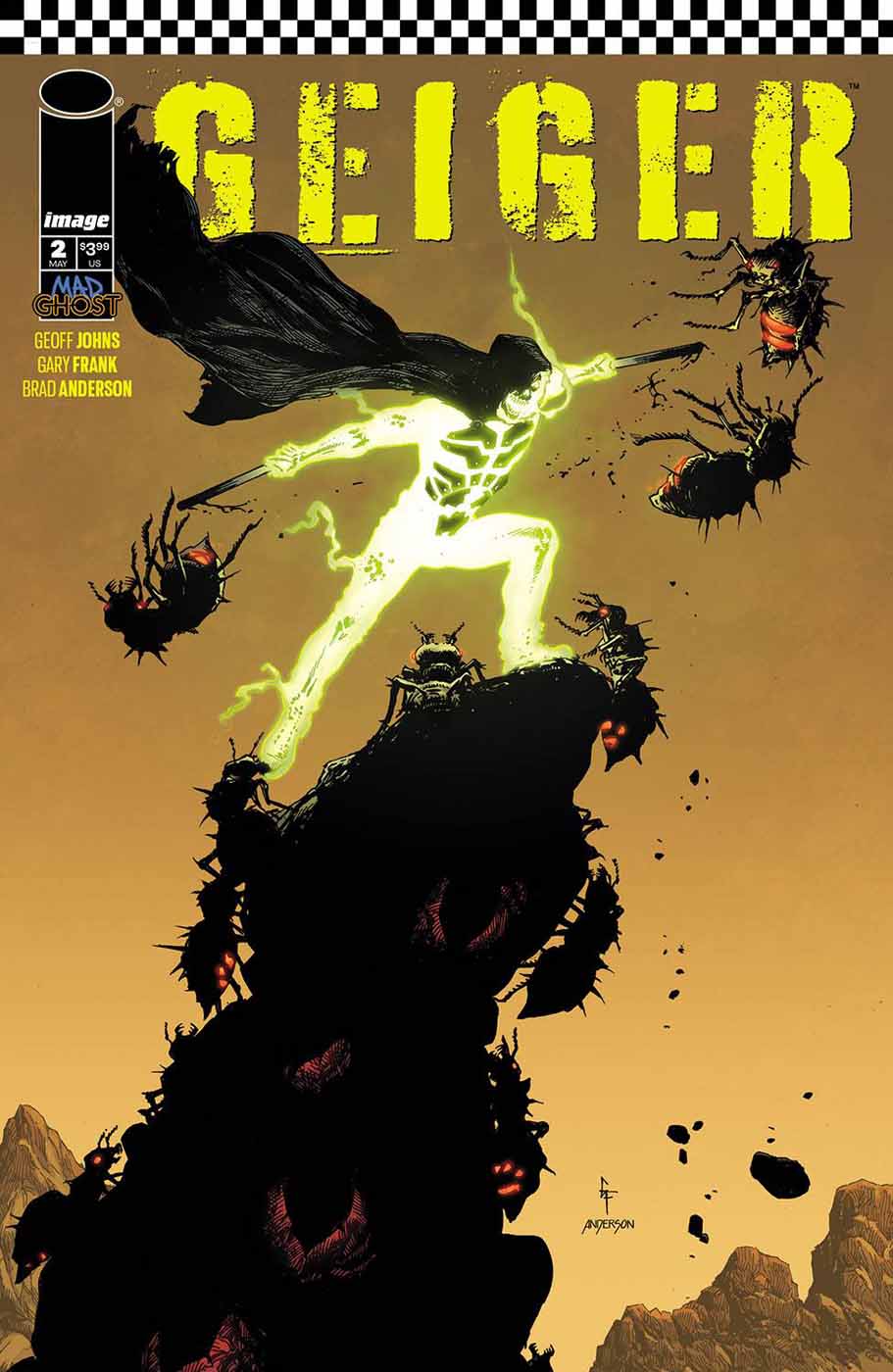 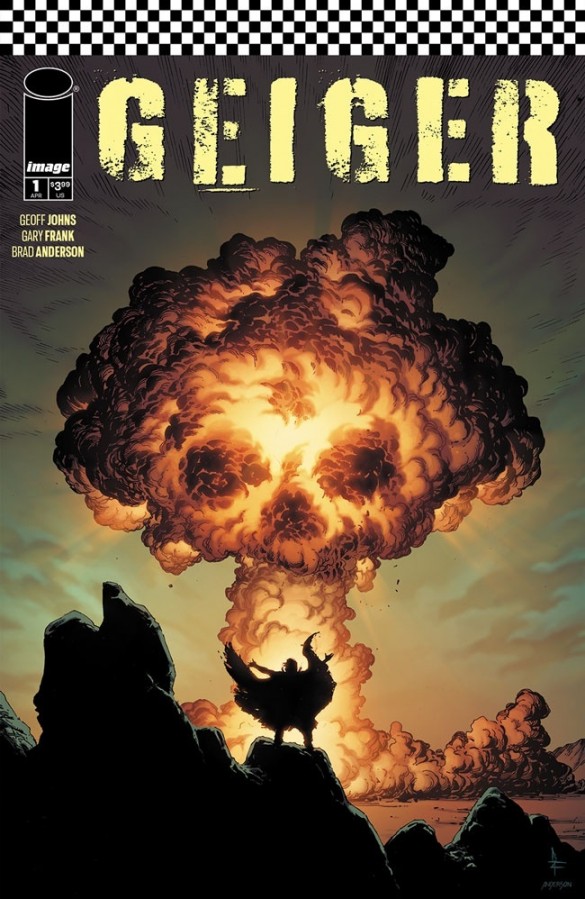 Cover price: $3.99
The critically acclaimed team of writer GEOFF JOHNS and artist GARY FRANK unites with superstar colorist BRAD ANDERSON to bring their first creator-owned hero to Image Comics!Set in the years after a nuclear war ravaged the planet, desperate outlaws battle for survival in a world of radioactive chaos. Out past the poisoned wasteland lives a man even the Nightcrawlers and Organ People fear. Some name him Joe Glow, others call him the Meltdown Man. But his name…is Geiger.
Writer
Geoff Johns
Artists
Gary Frank
Brad Anderson 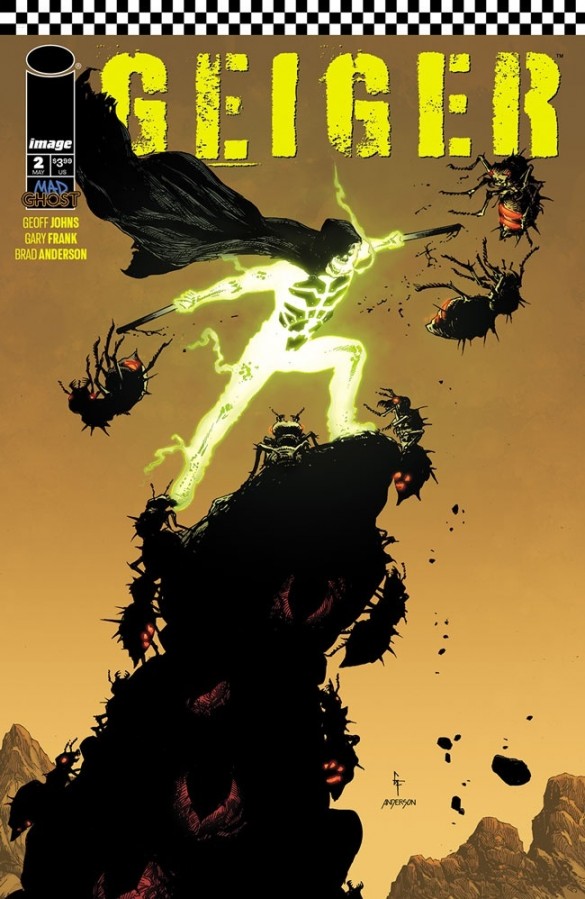 Cover price: $3.99
They found it—out in the atomic wasteland, a relic from before the war! But what is it: a tool to bring hope back to humanity, or a weapon to finish what the bombs started? Depends on who gets it: the Casino Warlords of Las Vegas or the man called Geiger!By the critically acclaimed team of GEOFF JOHNS, GARY FRANK and BRAD ANDERSON!
Writer
Geoff Johns
Artist
Gary Frank
Brad Anderson 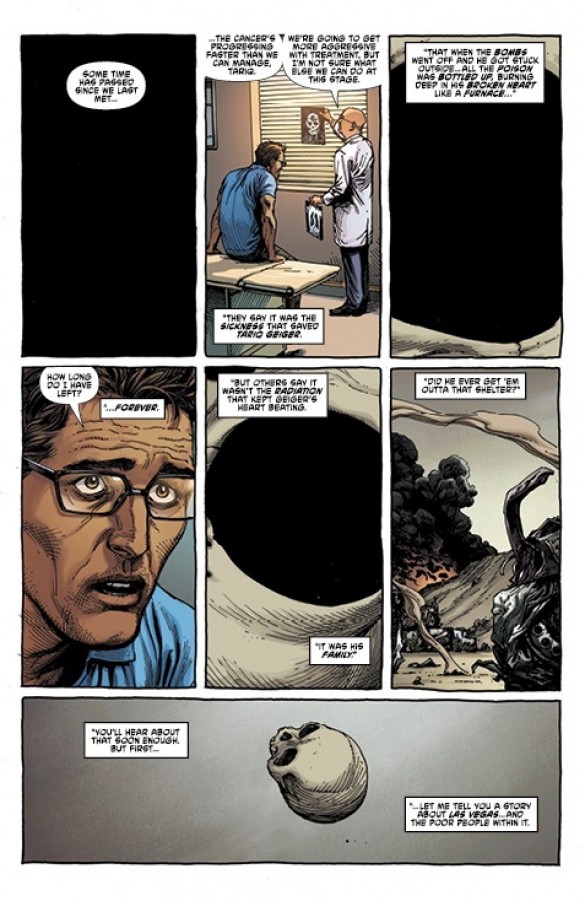 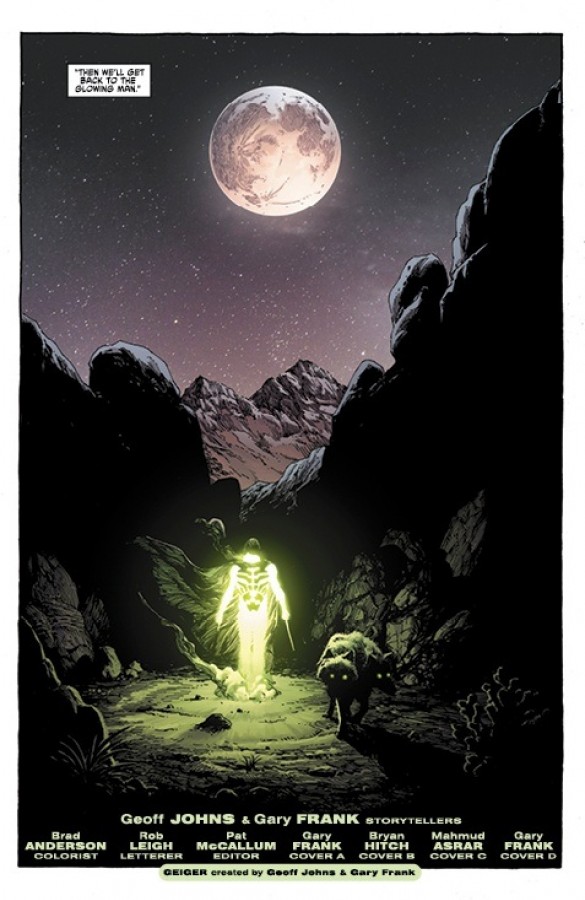 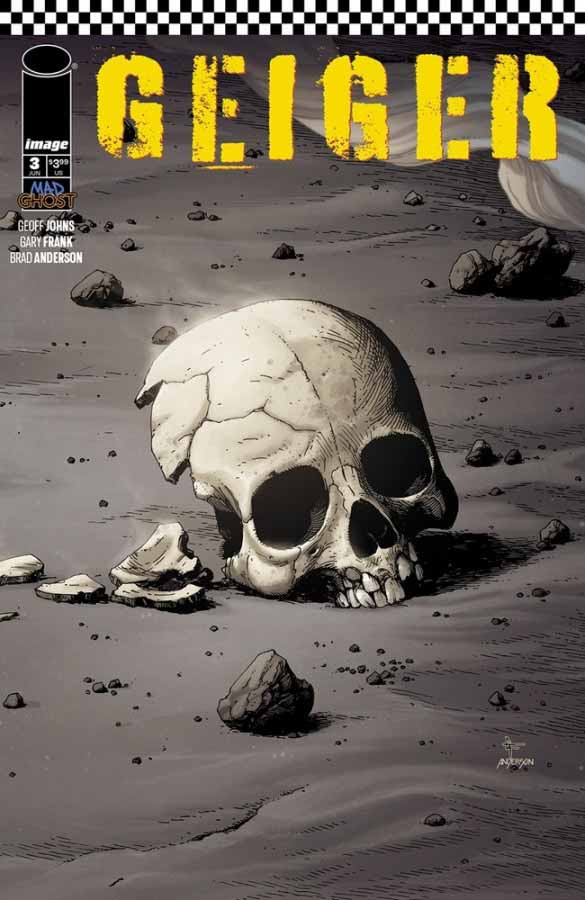 Description: How do you make a monster? Geiger’s tragic origins revealed, from his time before the war to his fateful meeting with the doomed Dr. Molotov. All secrets will be laid bare when the King of Las Vegas invades Geiger’s compound. 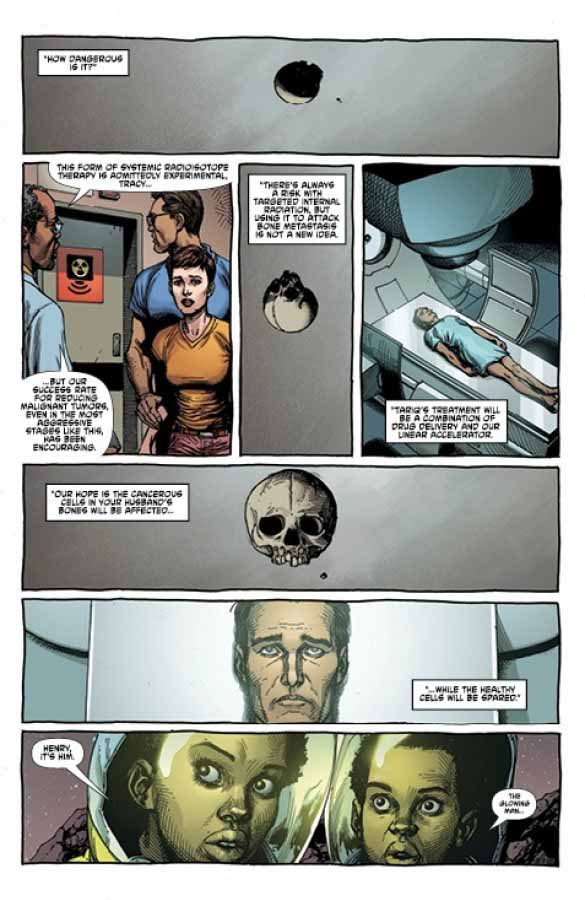 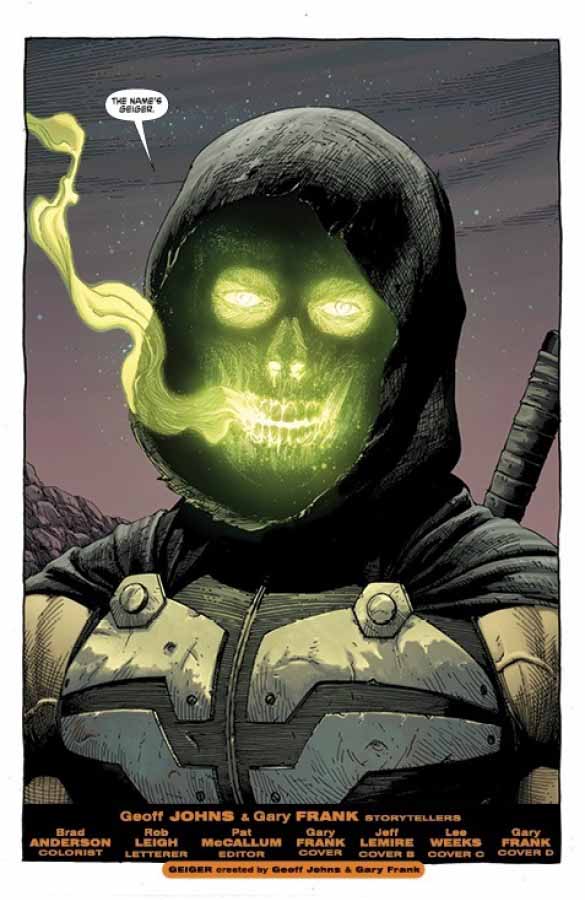