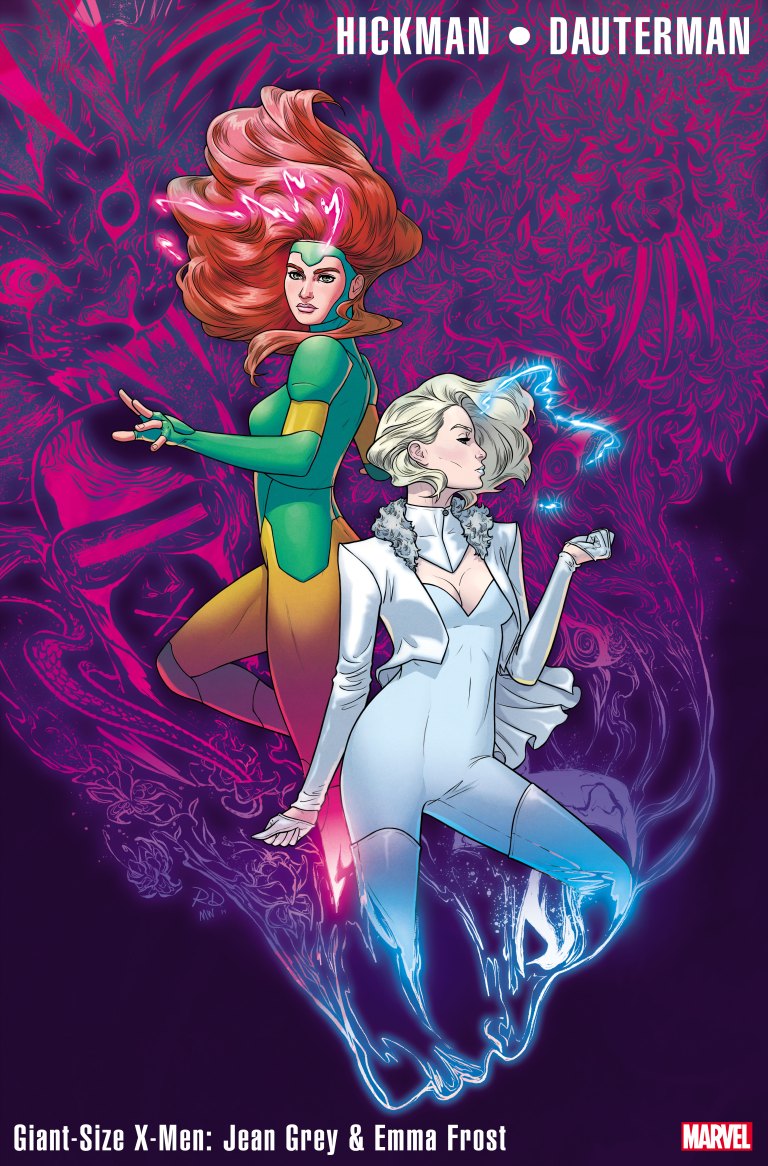 New York, NY— October 25, 2019 — The plans Jonathan Hickman has for the X-Men aren’t just big; they’re giant-size. Fresh off launching the X-Men into an exciting new era in HOUSE OF X and POWERS OF X, Marvel revealed at MCM Comic Con London that Jonathan Hickman will be joining forces with the industry’s top artists to craft a stellar new series: GIANT-SIZE X-MEN. Starting in February, each issue will combine Hickman’s captivating storytelling with the iconic art of a different superstar artist to depict grand-scale adventures focused on specific X-Men characters.

And it all begins with GIANT-SIZE X-MEN: JEAN GREY AND EMMA FROST #1! The new mutant nation of Krakoa is the place for fresh starts, and Jean and Emma, known for their fierce rivalry, will unite to rescue Storm from danger. The two powerful telepaths are in good hands as artist Russell Dauterman will be the first to partner with Hickman for the series. Dauterman will be accompanied by expert colorist Matt Wilson

Known for his acclaimed work on THE MIGHTY THOR, Dauterman is no stranger to Marvel’s merry mutants, often providing phenomenal covers featuring character designs that have made him a favorite among X-Men fans. An X-Men fan himself, Dauterman is eager to use his skills to bring Hickman’s vision to life. “I’ve wanted to draw X-Men comics since I was a kid, so drawing this issue of X-MEN is a dream come true,” says Dauterman. “I’m so thrilled to be working on this with Jonathan and Matt, and it’s co-starring my favorite character, Jean Grey!”

Giant-Size X-Men was first used as a title in 1975 in a legendary special issue by Len Wein and David Cockrum. It not only marked a new genesis for the team, introducing iconic characters like Storm and Nightcrawler, but is credited for catapulting the X-Men into the powerhouse franchise they are today, a legacy that Hickman and others will now honor month after month. Keep your eyes peeled for announcements about other upcoming GIANT-SIZE X-MEN issues and the artists and characters you can expect to find within their pages! 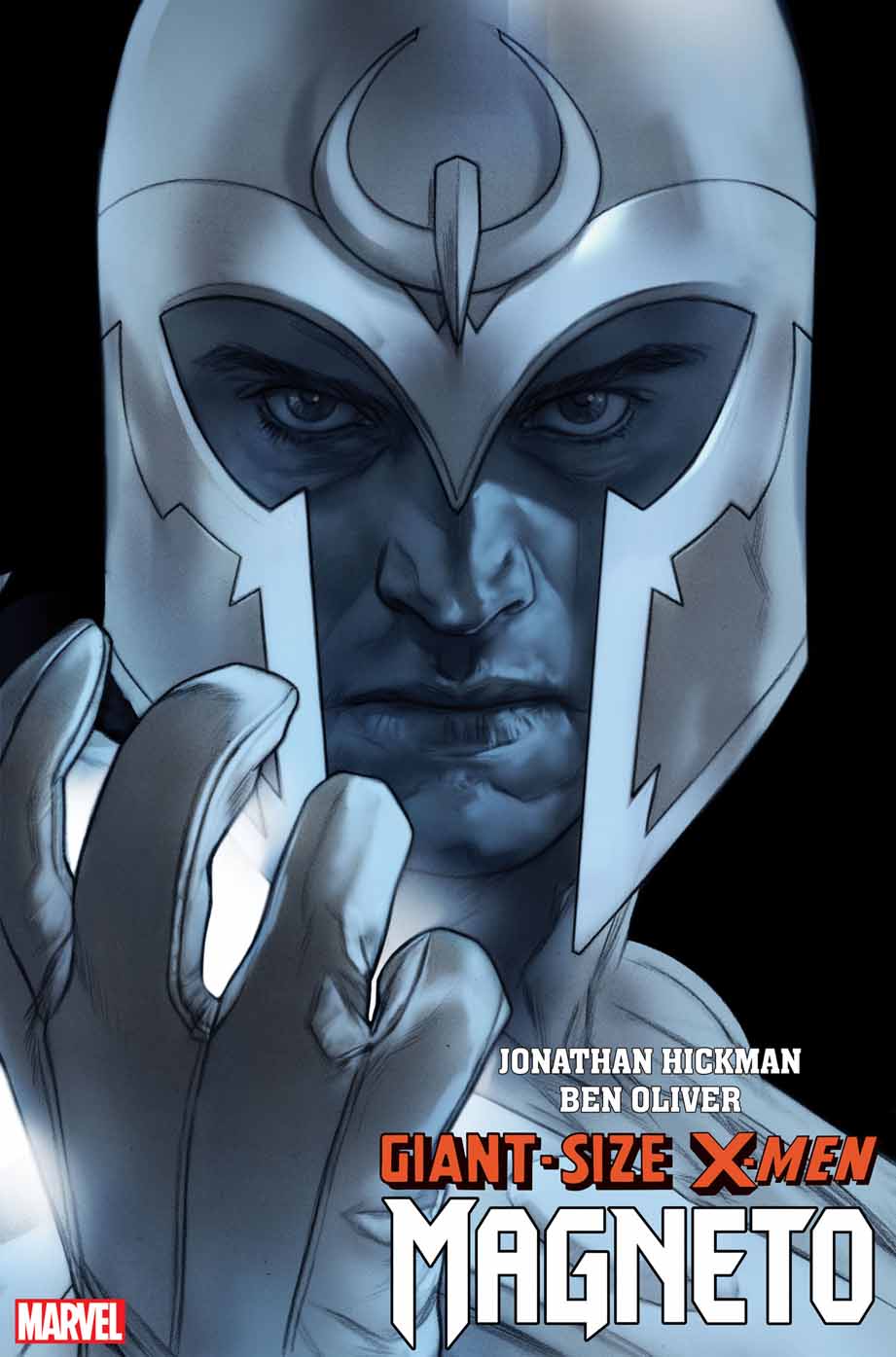 « Created by Stan Lee himself, Magneto’s been a fixture in the X-Men mythos since the very beginning. Although he debuted in 1963’s X-Men #1 as the X-Men’s premiere super villain, he eventually became one of their fiercest members. Under Chris Claremont’s pen, Magneto was equipped with a tragic backstory, shedding light on his motivations and developing him into one of the most complex characters in the Marvel Universe. An unrelenting champion for mutantkind, Magneto once again finds himself leading a mutant nation, but this time, he has all of mutantkind including the X-Men standing at his side. Determined to make this new dream of Krakoa prosper, Magneto must now make dealings with his former sworn enemy – humanity! » 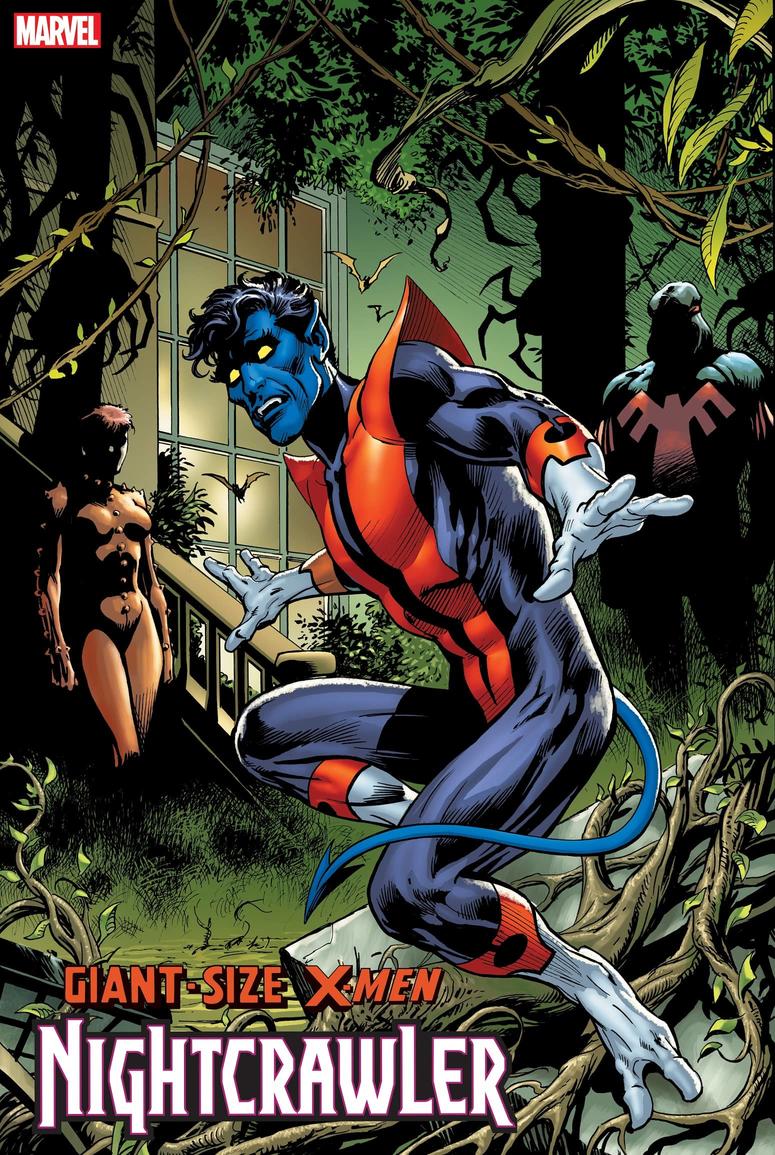 Superstar writer Jonathan Hickman teams with legendary artist Alan Davis (X–MEN, EXCALIBUR, AVENGERS) for an eerie tale of adventure! When the X–Men lose contact with the Greymalkin Habitat, it falls to Nightcrawler to lead a mission into the unknown!