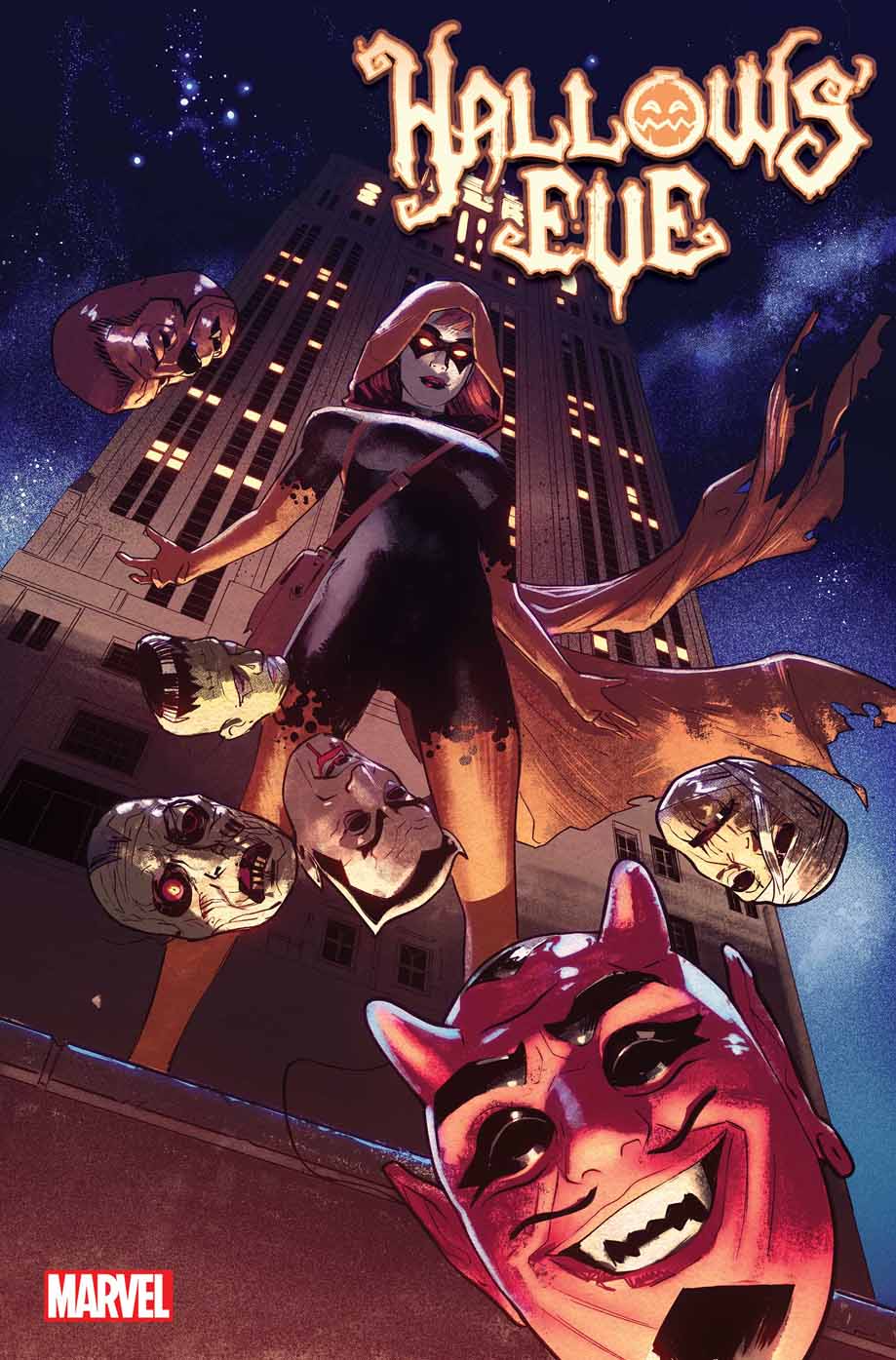 Here’s how Marvel describes the book, which spins out of the character’s most recent appearance in Amazing Spider-Man #14.

"Hallows’ Eve’s first appearance, which also served as a prelude to the upcoming Spider-Man/X-Men epic Dark Web, revealed that that this devious new baddie is none other than Janine Godbe, the loyal longtime girlfriend of Ben Reilly. Her transformation was a gift from Madelyne Pryor and together, they’ll unleash a special brand of chaos in the months ahead!

« The upcoming story will keep fans guessing as it explores the exciting and unpredictable potential of Hallows’ Eve’s powers. The secrets behind her mystical masks and the dangerous abilities they grant her are unlike any the Marvel Universe has ever witnessed and power on this level will attract all kinds of unwanted attention. »

« Having the opportunity to pen a character’s first solo miniseries is incredibly exciting and incredibly nerve racking, » Schultz said. « Despite Janine having been created in the 90s, this is the first time we’ll see her on her own for more than just a few pages. I really hope fans enjoy a deeper look into Janine and what makes her tick. »