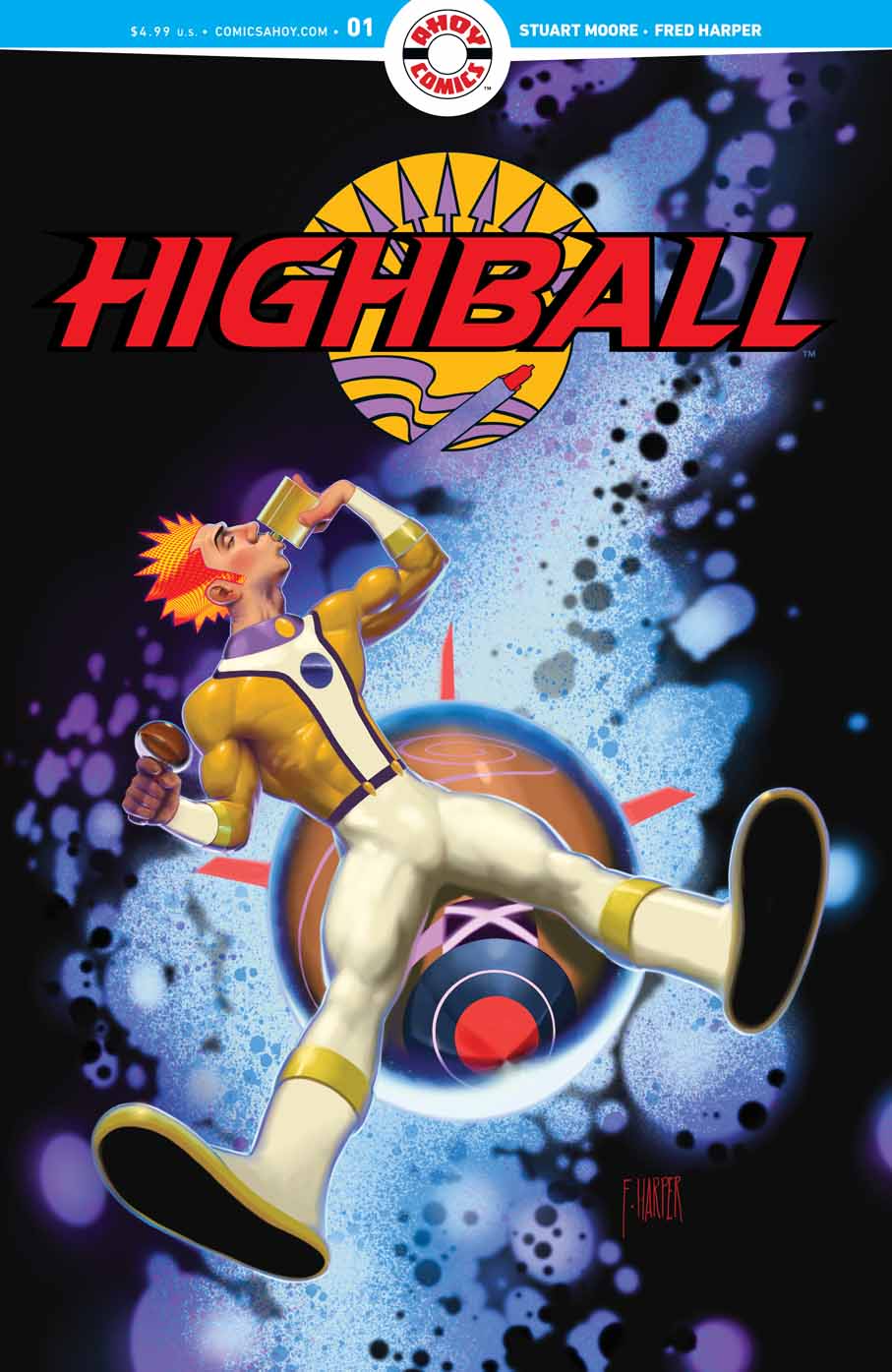 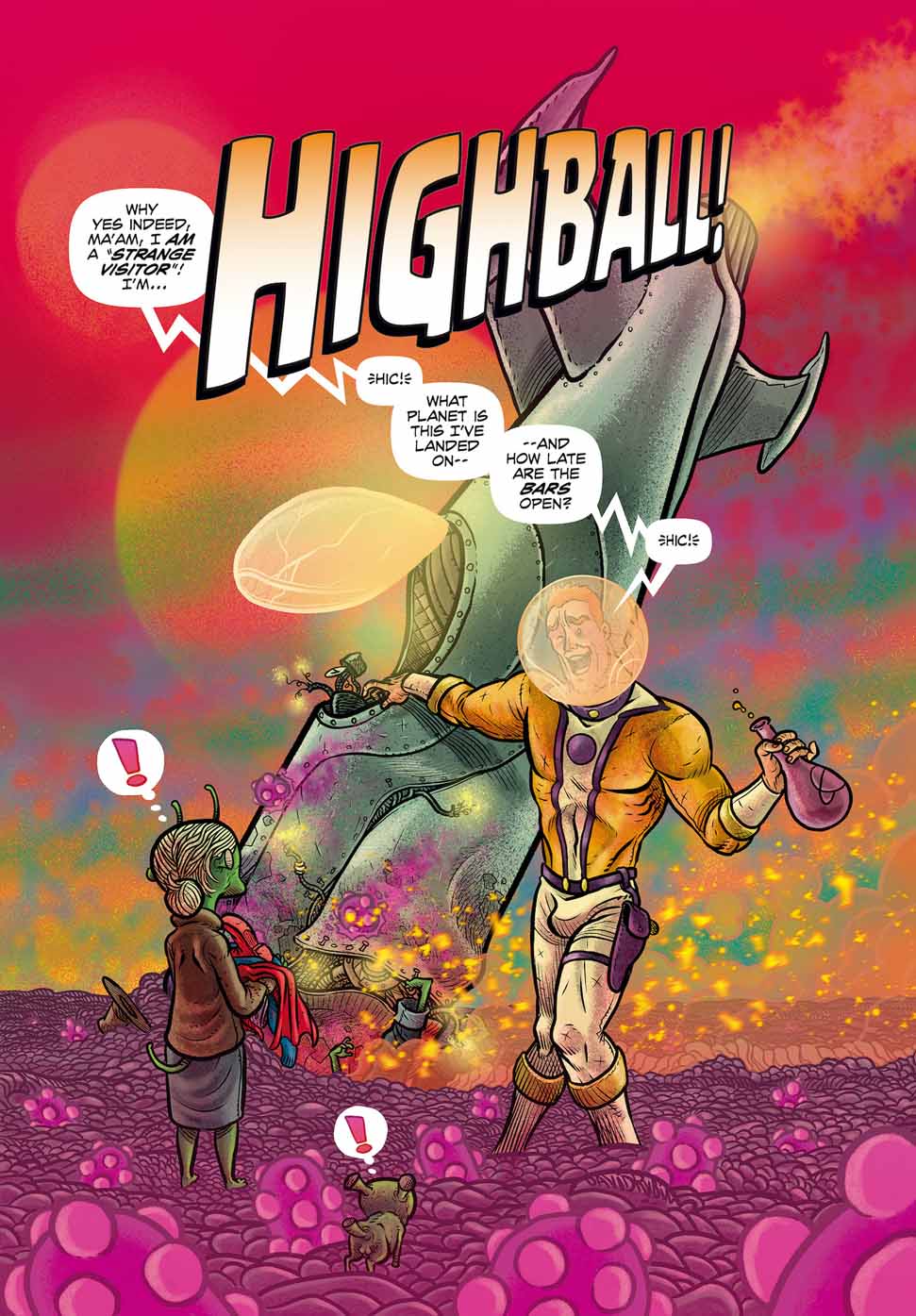 AHOY Comics has announced a Sept. 7 launch for Highball, a series from writer Stuart Moore and artist Fred Harper.

The first issue of the absurd galactic series hits stores with a main cover by Harper and a variant cover by David Rubin.

Here’s how AHOY describes the book:

"Meet Highball, ace pilot of the Earth Space Corp. He’s the best shot in the galaxy, except for one big problem: he can only hit the target when he’s dead drunk.

« In the far future, Earth;s finest pilot, call-sign Highball, finds himself caught between two alien races: the arrogant, cerebral Mentok and the fierce, birdlike Q’ark. In his one-man Byter ship, Highball must defuse an alien bomb and survive against a vicious enemy. But Highball has a deadly weakness: He can only hit the target when he’s stone drunk. In his quest to save the galaxy, Highball stumbles headfirst into obstacles such as nefarious space enemies, fellow pilots, the maddening bureaucracy of Space Corp … and, of course, his own shameful inadequacies! »

« I was out having a few beers with an AHOY Comics colleague when a funny thing happened, » Moore said/ « The more my friend had to drink, the better he got at throwing darts. It was uncanny! And at that booze-soaked moment, the idea for Highball was born. »

Moore and Harper recently collaborated on the one-shot The Wrong Earth: Purple for AHOY Comics. Highball marks the first time the two creators have worked together on a creator-owned series.

« All work is political, » Harper said. « That’s the line in issue 1 that really stood out to me because it’s so true right now. Highball is the story of a man who drinks to succeed. There;s some great gags about drinking in Highball, but in a lot of ways this is a story about the hangover of late stage capitalism. »

« It’s not often that you get a funny, exciting space opera that’s also a cry for help, » said AHOY Comics editor-in-chief Tom Peyer. « I’ve seen the crowd Stuart runs with, and if, as he says, they were out for just ‹ a few › beers the night Highball was conceived, that would be the wildest sci-fi concept yet. »