The film explores a confrontation between Iron Man and the villainous Ezekiel Stane, who develops new bio-technology that seemingly outclasses the Iron Man armor," announced Marvel.com. "After Stane unleashes a terrorist attack and sets Tony Stark up to take the fall, Iron Man must evade S.H.I.E.L.D.’s man hunt and find a way to clear his name.

[quote]Announced last year, Marvel Entertainment and Sony Pictures Home Entertainment have confirmed full details for the upcoming anime movie Iron Man: Rise Of Technovore. Arriving on Blu-Ray and DVD April 16th, the film stars Matthew Mercer (Resident Evil: Damnation) as Tony Stark/Iron Man and Norman Reedus (The Walking Dead) as Frank Castle/The Punisher. The other cast members in the flick have yet to be announced. Both the Blu-Ray and DVD contain two behind-the scenes featurettes, “Tale Of Technovore” (which explores the animation, story and adaptation of Marvel characters) and “S.H.I.E.L.D.: Protecting The Marvel Universe” which delivers an all-access look and brief history into the organization as portrayed in the comics and adapted in the film). An interactive art gallery featuring conceptual art produced by Madhouse will be released exclusively on the Blu-Ray release. Below is the official synopsis, cover art and trailer for Iron Man: Rise Of Technovore.
[/quote] 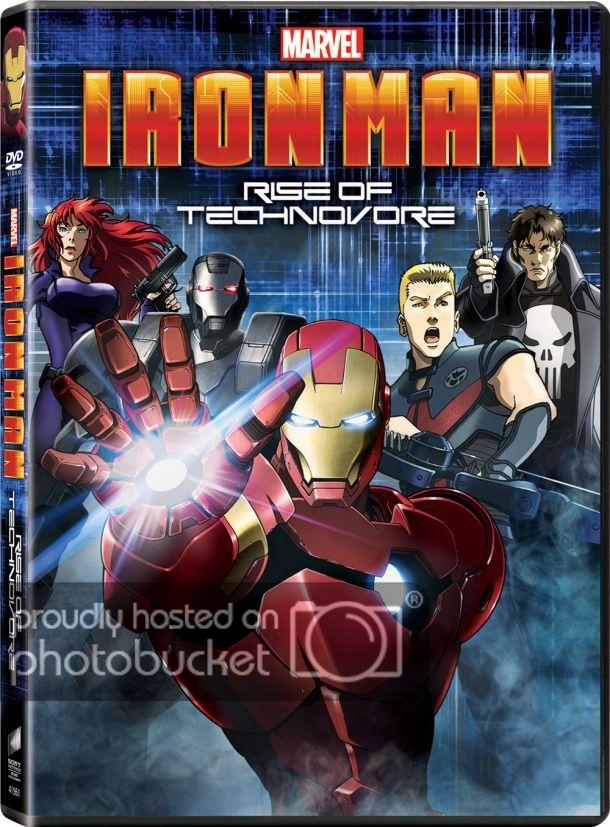 Billionaire Tony Stark, in his Iron Man armor, prevents an attack from a mysterious new foe, but innocent bystanders are killed, including his best friend War Machine, Lt. Colonel James Rhodes. Detained for questioning by S.H.I.E.L.D., Iron Man escapes, determined to find the mastermind behind the attack. Pursued by Black Widow and Hawkeye, Iron Man enlists the help of the ruthless vigilante The Punisher. But can the Armored Avenger handle what he finds when he catches the person responsible and is forced to face his deadliest weapon, a biotechnology called Technovore that could wipe out all life on the planet ?[/quote]