JUSTICE LEAGUE #35
Written by CHRISTOPHER PRIEST
Art and cover by PETE WOODS
Variant cover by NICK BRADSHAW
“LOST” part two! Still greatly affected by the shocking events of the previous issue, the Justice League attempts to regain its balance when an alien infestation threatens the Earth. But nothing can prepare them for an attack closer to home…one that will reveal devastating truths about the League itself!
On sale DECEMBER 20 • 32 pg, FC, $2.99 US • RATED T 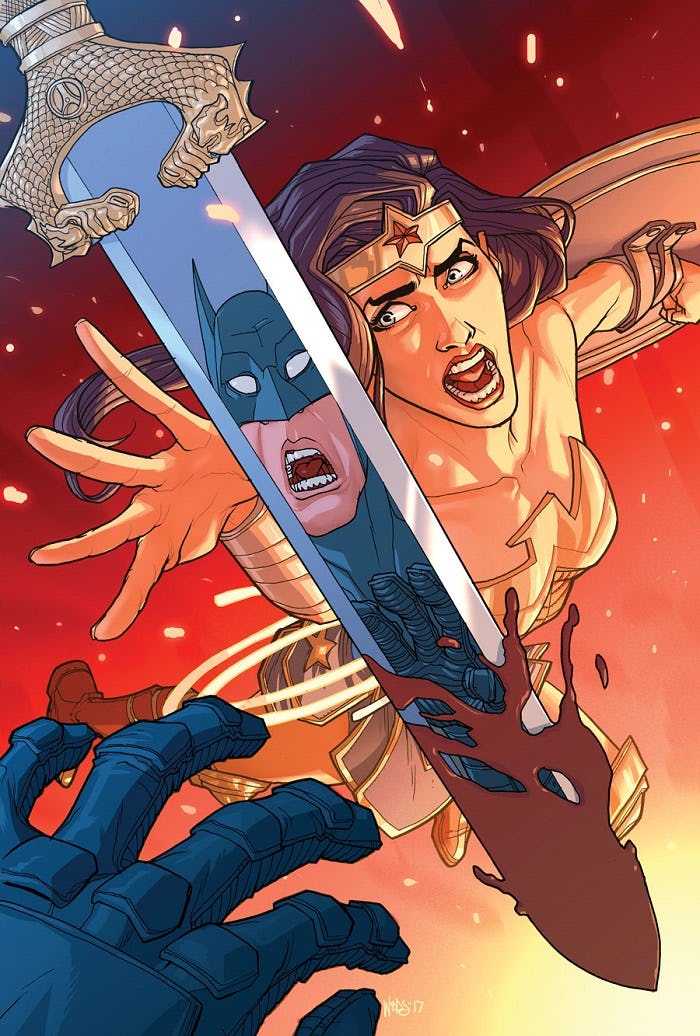 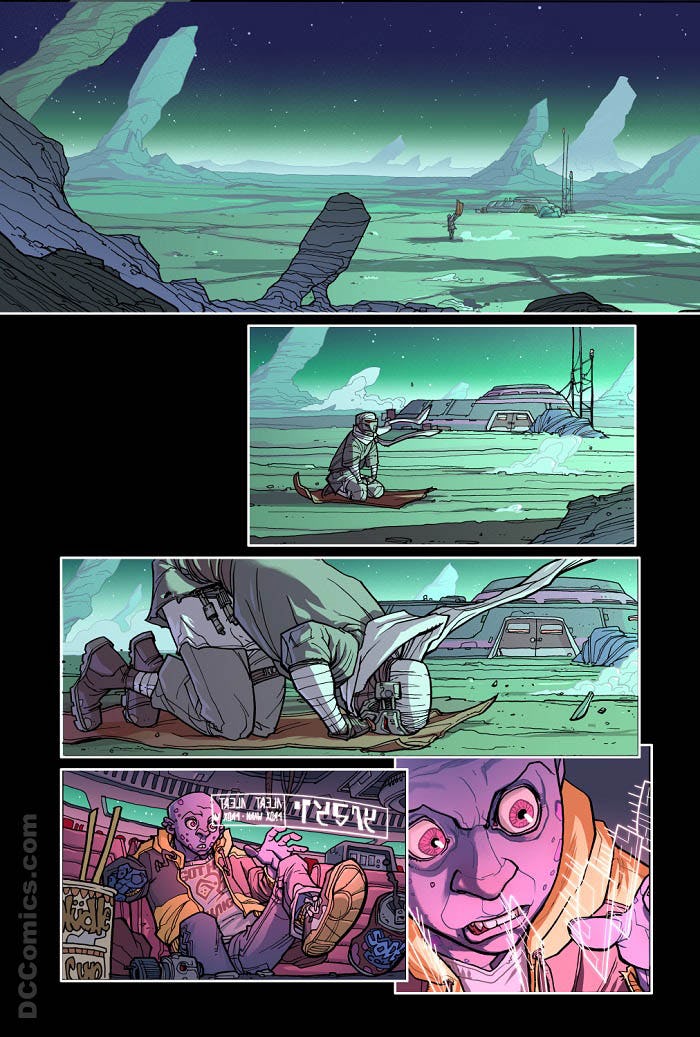 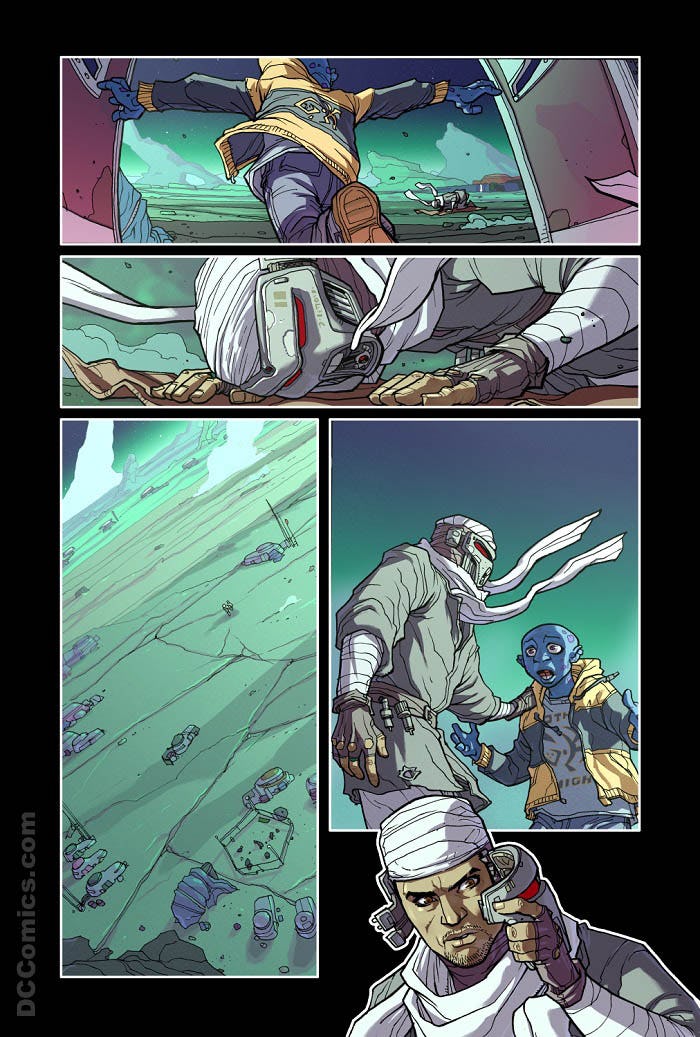 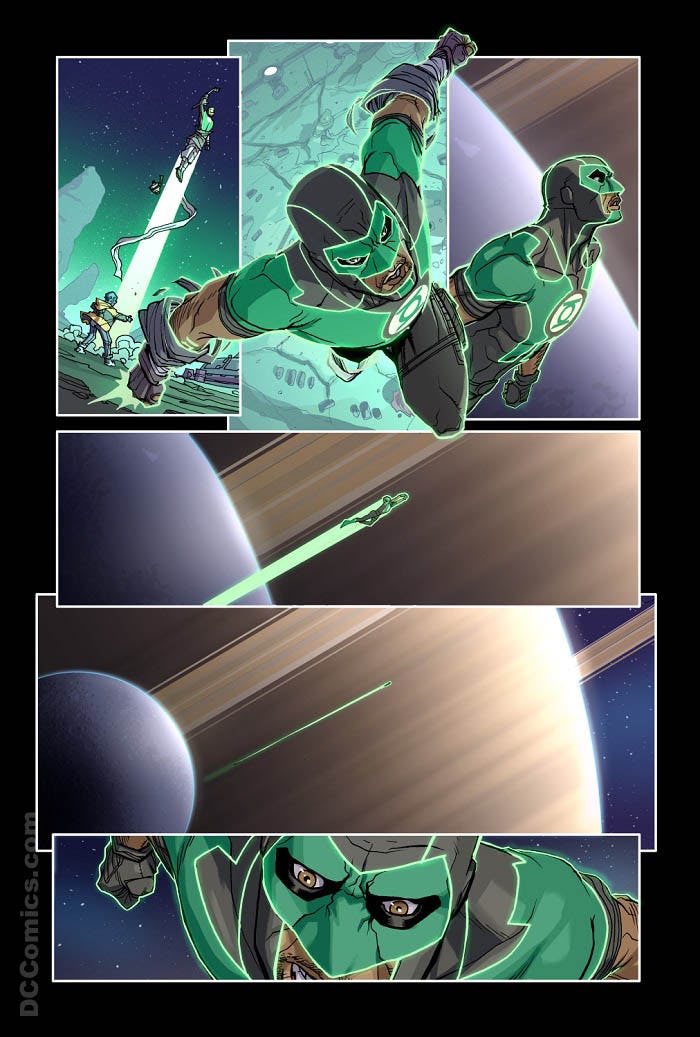 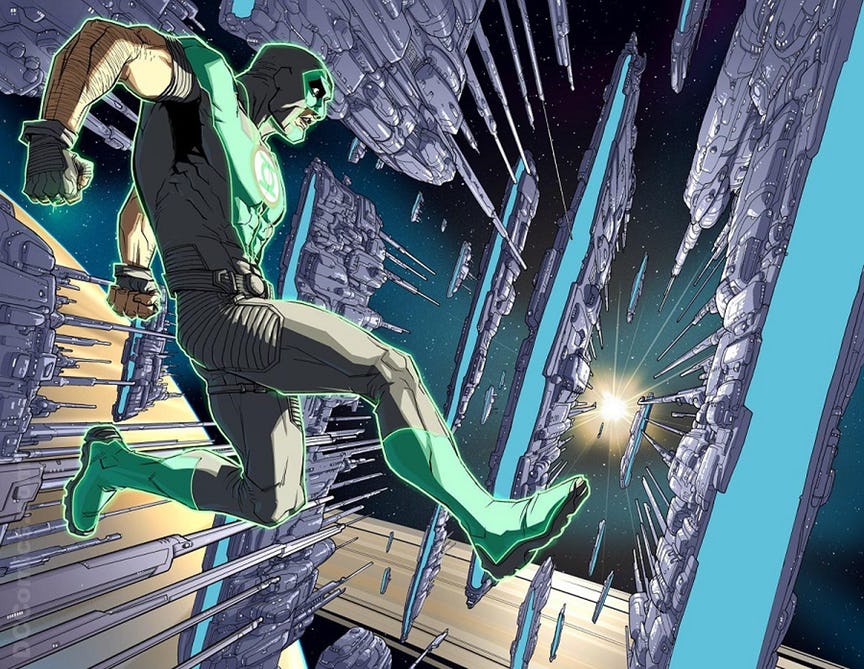 “I am really excited and very intimidated by the opportunity to step onto DC’s largest stage—the Festival of Big Gun Characters Priest Has Never Before Been Invited To Write. It is my goal to mine a bit of new ore from this 50+ year old franchise by taking the tack Geoff Johns and I developed for Deathstroke: a ‘real world’ approach and exploring the characters’ humanity introspectively.”

“In my initial Deathstroke conversation with Geoff, I suggested that, since we were reimagining Slade Wilson’s adventures, why not shape the new book more like what a Deathstroke feature or TV series might look like? It is my intent to bring that same sensibility to Justice League, taking a hard “what if these characters actually existed in the real world?” look and working in an area of the series premise that is less frequently tapped.”

“Is the Justice League still relevant? What are their goals and how do we define them? In the ‘real’ world, how would various societies around the globe view this pantheon of godlike beings?”

“My goal is to treat the Justice League more like a workplace drama. Although we will, of course, still have world threats, nasty villains (including Deathstroke!), and alien armadas, the League’s greater challenge will be to define their place in this new and increasingly cynical age.”

“I cannot express enough how excited I am to be working with Christopher on the Justice League! The story we’ve got in store is something I think is a unique take. We want to give readers a different angle on the characters, their relationships, and just what it means to be a member of the Justice League.”

“I’m going to be bringing everything I have to this book. It’s gonna be a fun ride! I love these characters.” 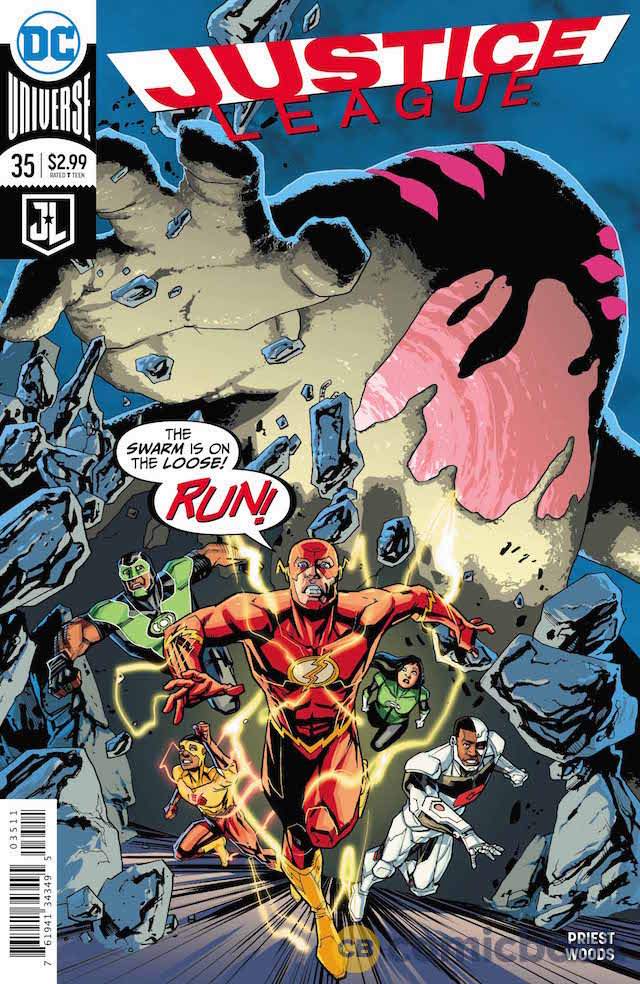 “THE PEOPLE vs JUSTICE LEAGUE” part two! Still greatly affected by the shocking events of the previous issue, the Justice League attempts to regain its balance when an alien infestation threatens the Earth. But nothing can prepare them for an attack closer to home… one that will reveal devastating truths about the League itself!
RATED T
In Shops: Dec 20, 2017
SRP: $2.99 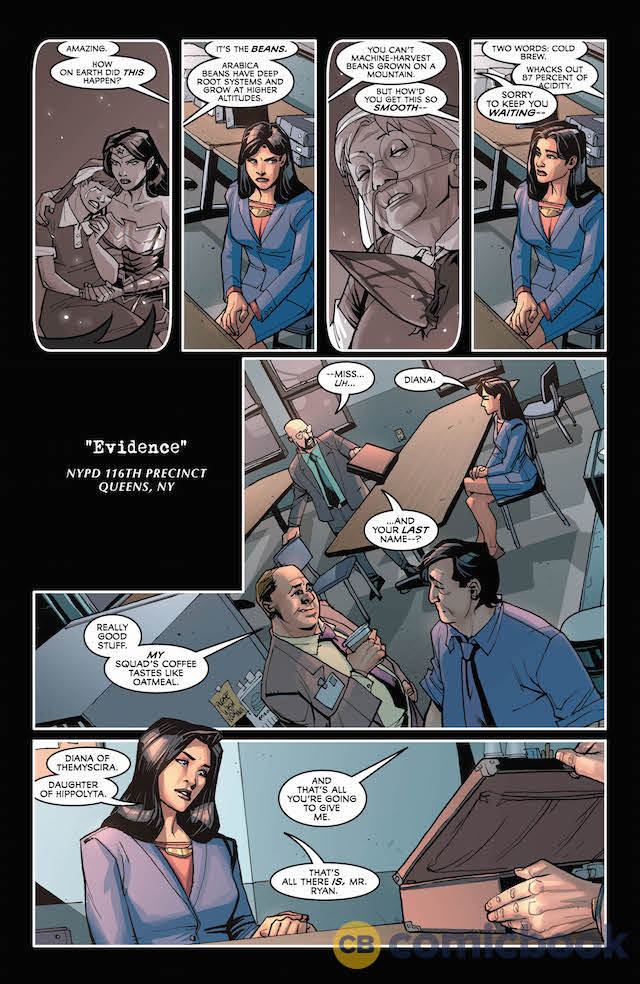 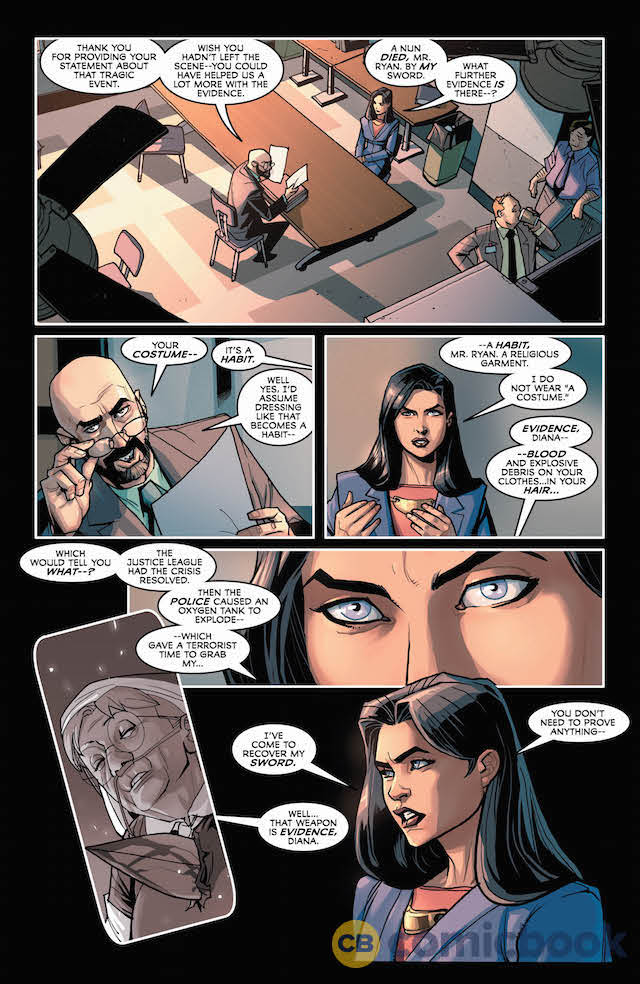 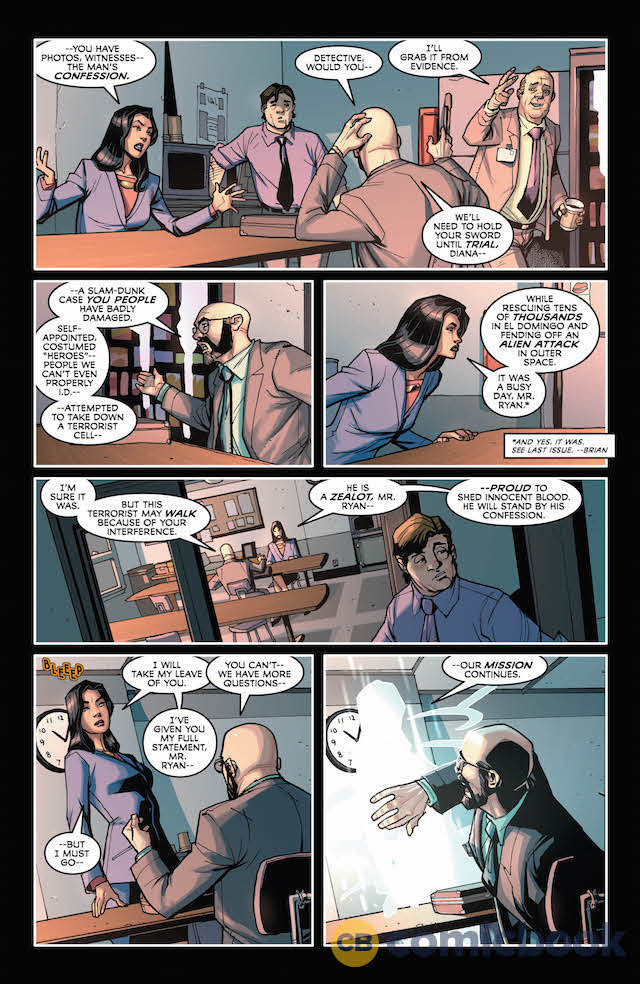 (W) Christopher Priest (A/CA) Pete Woods
“THE PEOPLE vs JUSTICE LEAGUE” part three ! Footage of a major Justice League failure ends up on an extremist website, going viral across social media and prompting a Congressional investigation of the team. As public debate explodes over America’s trust in the Justice League, the team faces a crisis of confidence in Batman and his methods, which ultimately highlights fractures within the team over civil rights and methodology.

“THE PEOPLE vs JUSTICE LEAGUE” part four! As public confidence in the League continues to fall, strained relationships within the team are set aside when Simon Baz is kidnapped by the mysterious figure known as the Fan: a zealous Justice League acolyte who was inspired by the team as a youth and who now deals death to the League’s enemies. The Fan knows literally every detail about the League membership’s powers and tactics, and easily turns their own systems and resources against them “for their own good.” 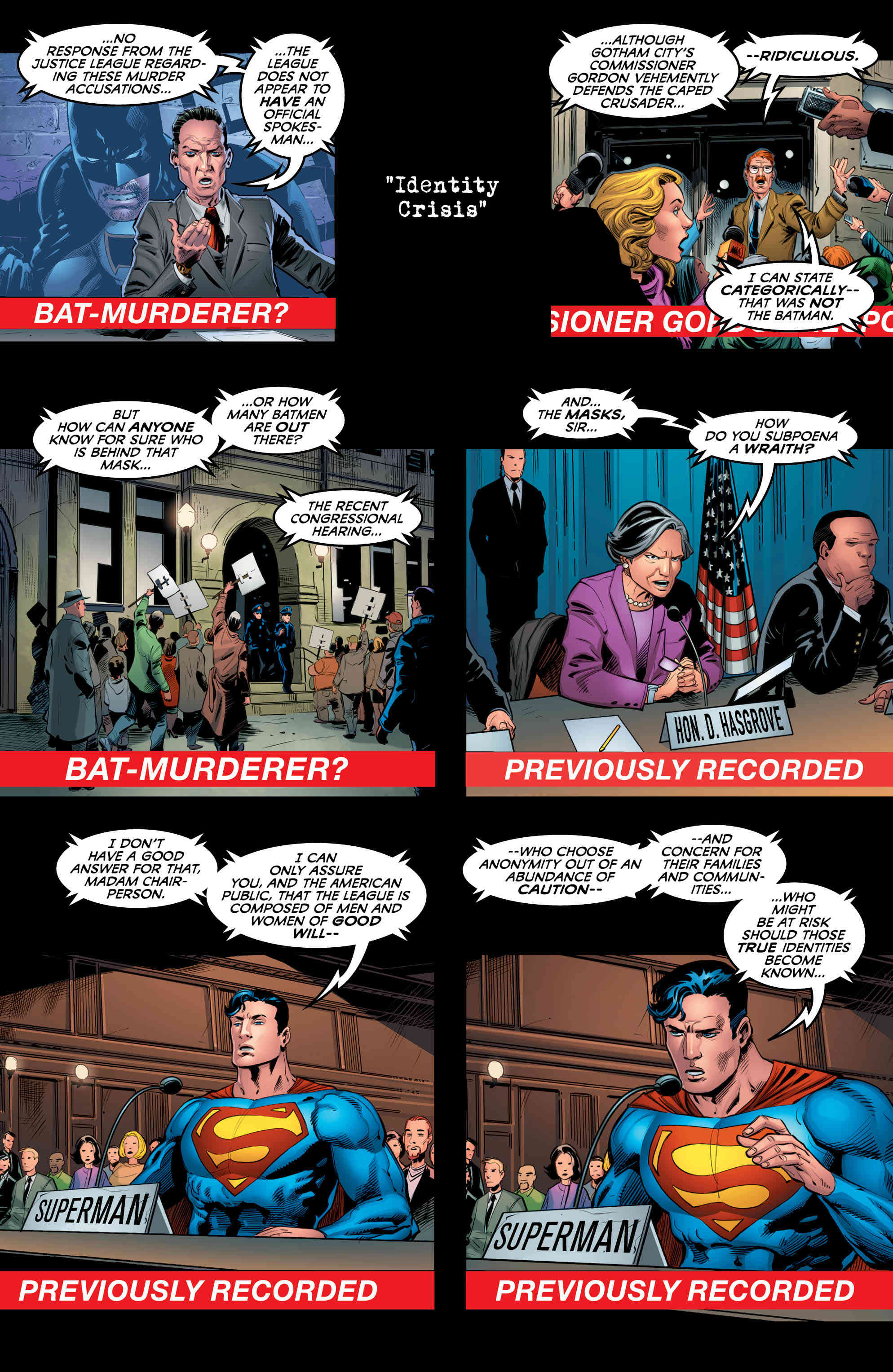 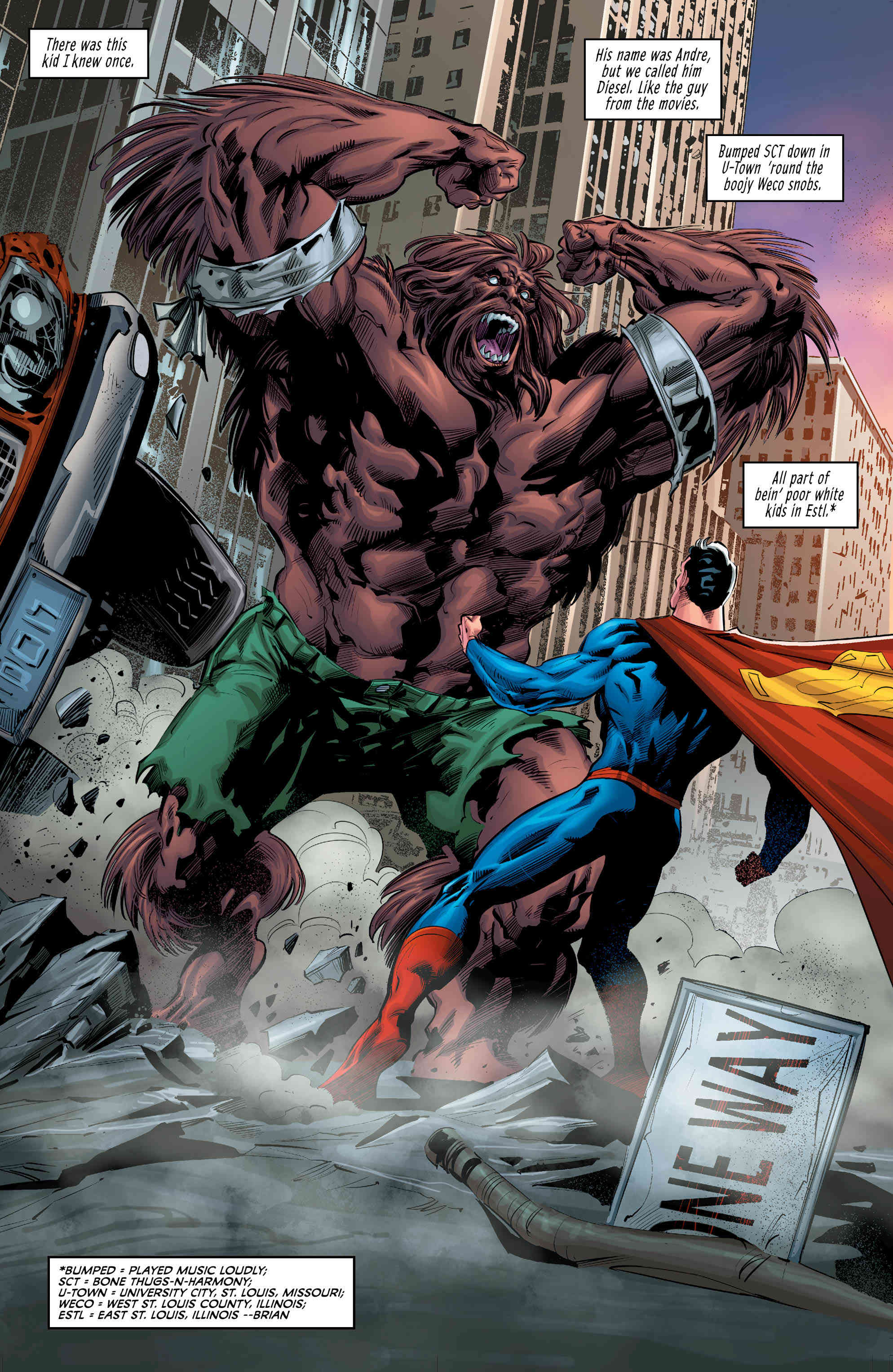