You’ll have to read YOUNG AVENGERS to find out all the specifics, but magic was involved. And scheming. Lots and lots of scheming.

There are things he wants from the All-Mother, and things the All-Mother wants from him, and they have a mutual arrangement. Essentially, as Kid Loki hinted, Loki’s fresh start is by no means a done deal; it’d be very easy for him to slip back into his old self, the super villain trapped in endlessly recurring defeats, which would be worse than death for him. The All-Mother has a way to help Loki avoid that terrible fate, but there’s some quid pro quo involved.

I go into detail on this in issue #1, so I’ll try not to get too spoiler-y here, but essentially it’s a little bit of quid pro quo. Loki’s greatest fear, as I’ve mentioned before, is sliding back into his old persona, getting trapped again in an endless cycle of fighting superheroes and getting beaten by them - especially after everything he did to escape that cycle. The All-Mother can help him out with that problem, in return for the occasional secret mission.

It really is as fantastic as it sounds. Loki is definitely front and center right now and such a rich, complex character. With Kieron Gillen’s brilliant take on him and Tom Hiddleston’s wonderfully played movie version there so much to build on - and knowing what Al Ewing has planned, it won’t disappoint and will take Loki on to another level again. Loki’s not really a villain, a hero or an anti-hero anymore. He’s…Loki with all the perks and problems that brings with it. There’s so much scope for a character like that that I grin just thinking about drawing it.

[quote=“Lee Garbett”]I’d have loved to get the chance to design Loki’s costume, but Jamie [McKelvie] had already taken care of it as he appeared in his Young Avengers book first, and he did a great job with it. It’s young and dashing but very Loki. He did apologize to me about all the “scale mail,” though.

There will be other characters showing up in the book, new ones and others we haven’t seen in a while so I’m getting to design those. It’s always great fun to do that and to think they’ll remain in the Marvel U. forever.[/quote]

[quote]Loki: Agent of Asgard #1
Story by Al Ewing
Art by Lee Garbett
Cover by Jenny Frisson, Frank Cho, Mike Del Mundo
Publisher Marvel Comics
Cover Price: $2.99
Release Date Tue, February 5th, 2013
Old God—New Trickster! Marvel is pleased to present your first look at LOKI: AGENT OF ASGARD #1 from the spellbinding creative team of Al Ewing (Mighty Avengers) and Lee Garbett (X-O Manowar, Batgirl). LOKI is back and craftier than ever as the All-Mother’s secret weapon against Asgardia’s strangest threats. With his serpent’s tongue, debonair charm, and taste for the uncanny, there’s no assignment Loki won’t take—including the untimely stabbing of THOR! The surprises only start here for the Prince of Lies, as the most conniving corners of the Marvel Universe are blown open this February in LOKI: AGENT OF ASGARD #1![/quote]

[quote]Loki: Agent of Asgard #1
Story by Al Ewing
Art by Lee Garbett
Colors by Nolan Woodard
Letters by VC - Clayton Cowles
Cover by Jenny Frison, Frank Cho, Jason Keith
Publisher Marvel Comics
Cover Price: $2.99
Release Date Wed, February 5th, 2014
Old God - New Trickster!
Kid Loki’s all grown up - and the God of Mischief is stronger, smarter, sexier and just plain sneakier than ever before. As Asgardia’s one-man secret service, he’s ready to lie, cheat, steal, bluff and snog his way through the twistiest, turniest and most treacherous missions the All-Mother can throw at him… starting with a heart-stopping heist on Avengers Tower - and the death of Thor! And that’s just the beginning!
Would we lie to you? This is LOKI, true believer - we’re lying to you RIGHT NOW![/quote] 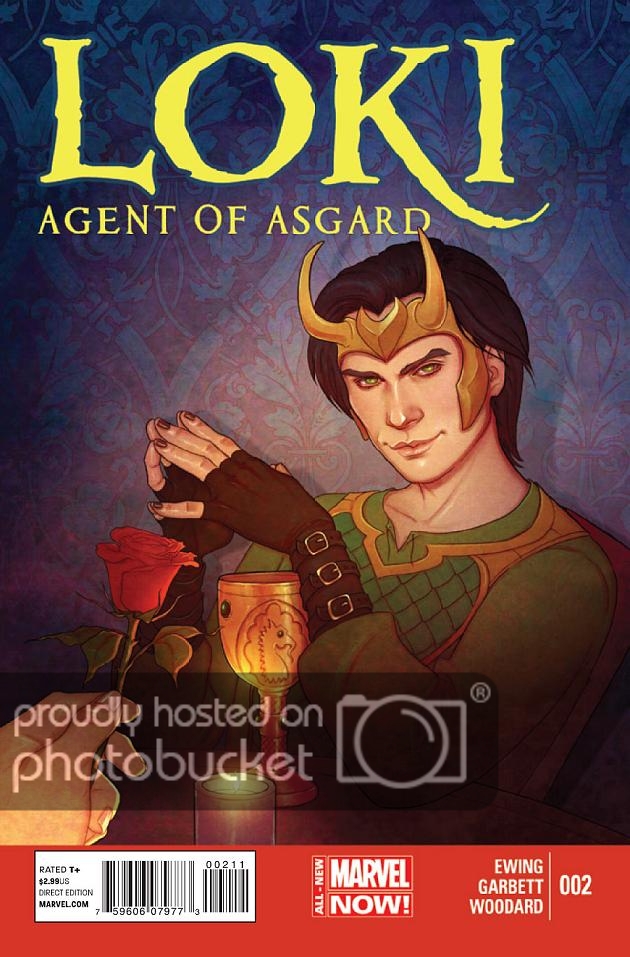 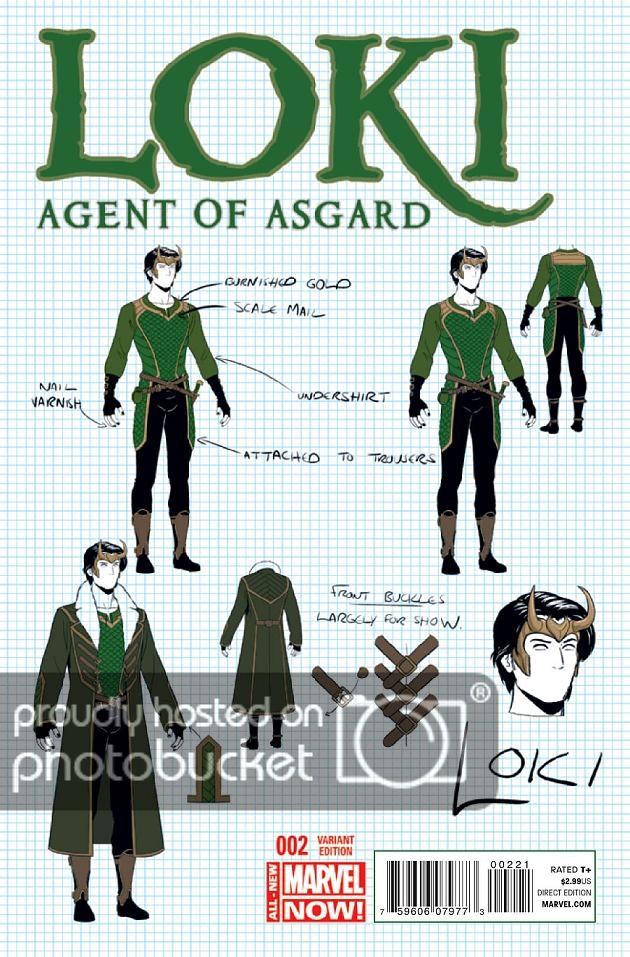 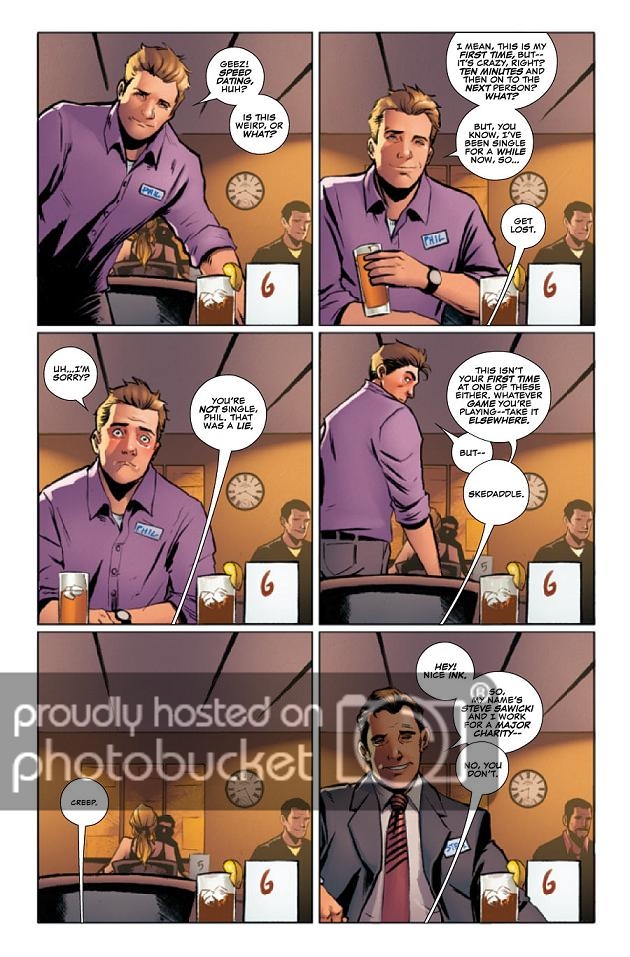 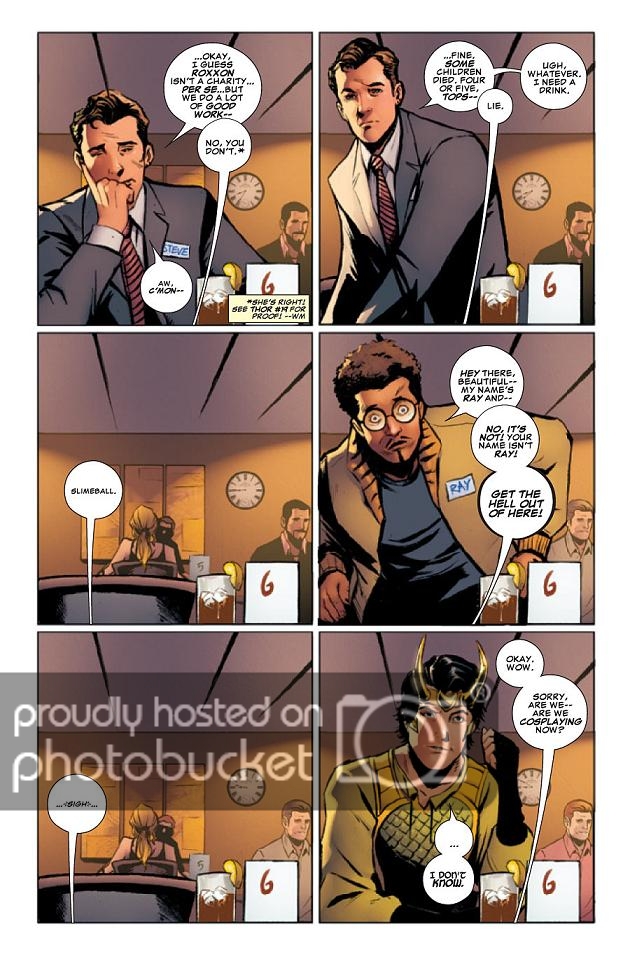 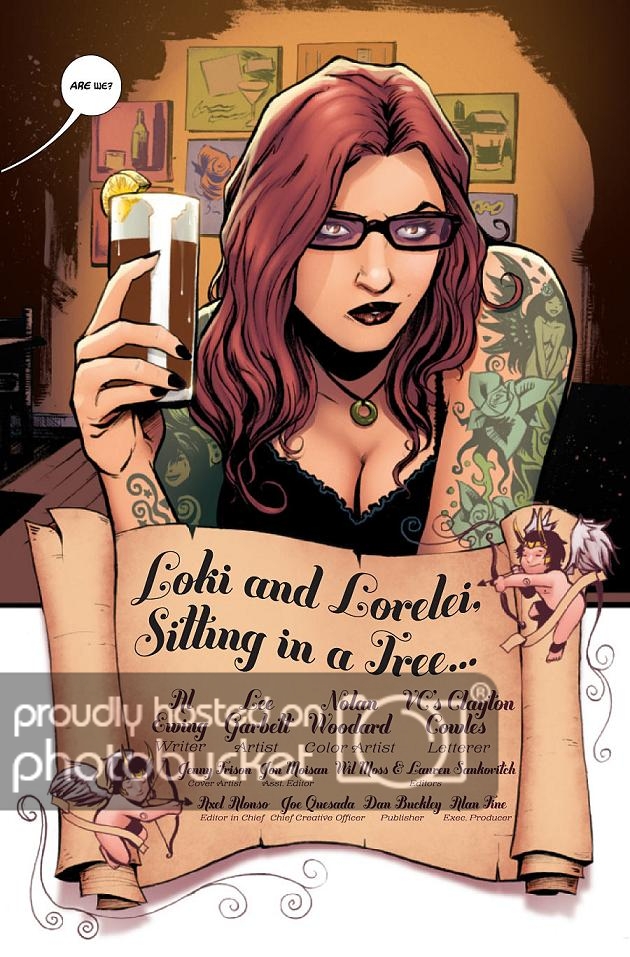 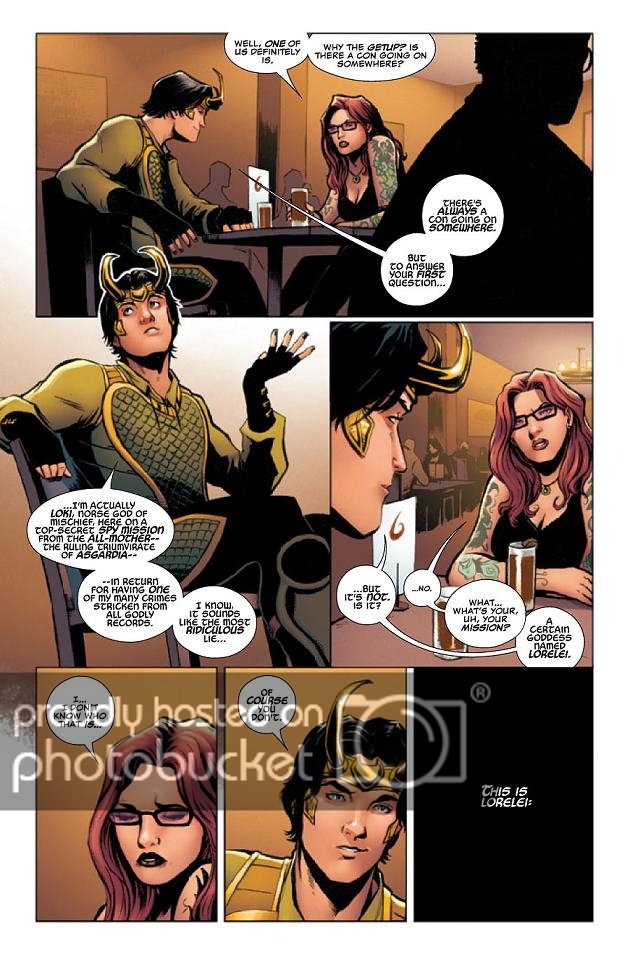 [quote]LOKI: AGENT OF ASGARD #3
Written by: Al Ewing.
Art by: Lee Garbett
Cover by: Jenny Frison
Description: Loki heads back to the dawn of Asgard to join its greatest heroes on a quest for an otter-skin of gold, the heart’s-blood of a dragon… and a certain magical sword. Meanwhile, Loki does not appear in this issue. Both these statements are, for once, true.
Pages: 32.
Price: $2.99.
In stores: April 2. [/quote]