David F. Walker : Luke Cage is not Luke Cage. Carl Lucas is Luke Cage. And this story is about what it is in Carl Lucas that makes him Luke Cage. Within the Legacy storyline there is an exploration of who Luke Cage is at his core, and by this I don’t mean Luke Cage – I actually mean Carl Lucas. Hardcore fans know that Luke Cage’s real name is Carl Lucas, and that he became Luke Cage after getting super powers and escaping prison. We are exploring what makes Luke Cage who he is, but in order to do that, we really need to get into Carl Lucas. Once he’s gone through the ordeal he will face in Legacy, we will have a better sense of who he is at the core of his being.

What I’m trying to do is take Luke back to the place he was when he was first introduced into the Marvel universe. When we talk about the ‘Classic Marvel’ feeling, I think some people get confused. There was a specific way stories were written in decades past – captions, thought balloons, and things like that. Yes, that’s part of the ‘Classic Marvel,’ but there is something much deeper, and it speaks to the emotional resonance of the characters. Marvel’s characters have always been most interesting because of who they are, more than because of what they do. This particular Luke Cage story is about him and the circumstances he is in, which define him and shape him, and to me that is ‘Classic Marvel.’

LUKE CAGE #166
DAVID F. WALKER (W) • NELSON BLAKE (A)
Cover by RAHZZAH
CAGED Part 1
Carl Lucas went to jail for a crime he didn’t commit and came out a new man: the hero Luke Cage. Now, Luke finds himself on the wrong side of the law and thrown back in prison again. What dark power has caged Luke once more and when the entire world is threatened, how can Luke Cage save everyone from the inside of a jail cell? 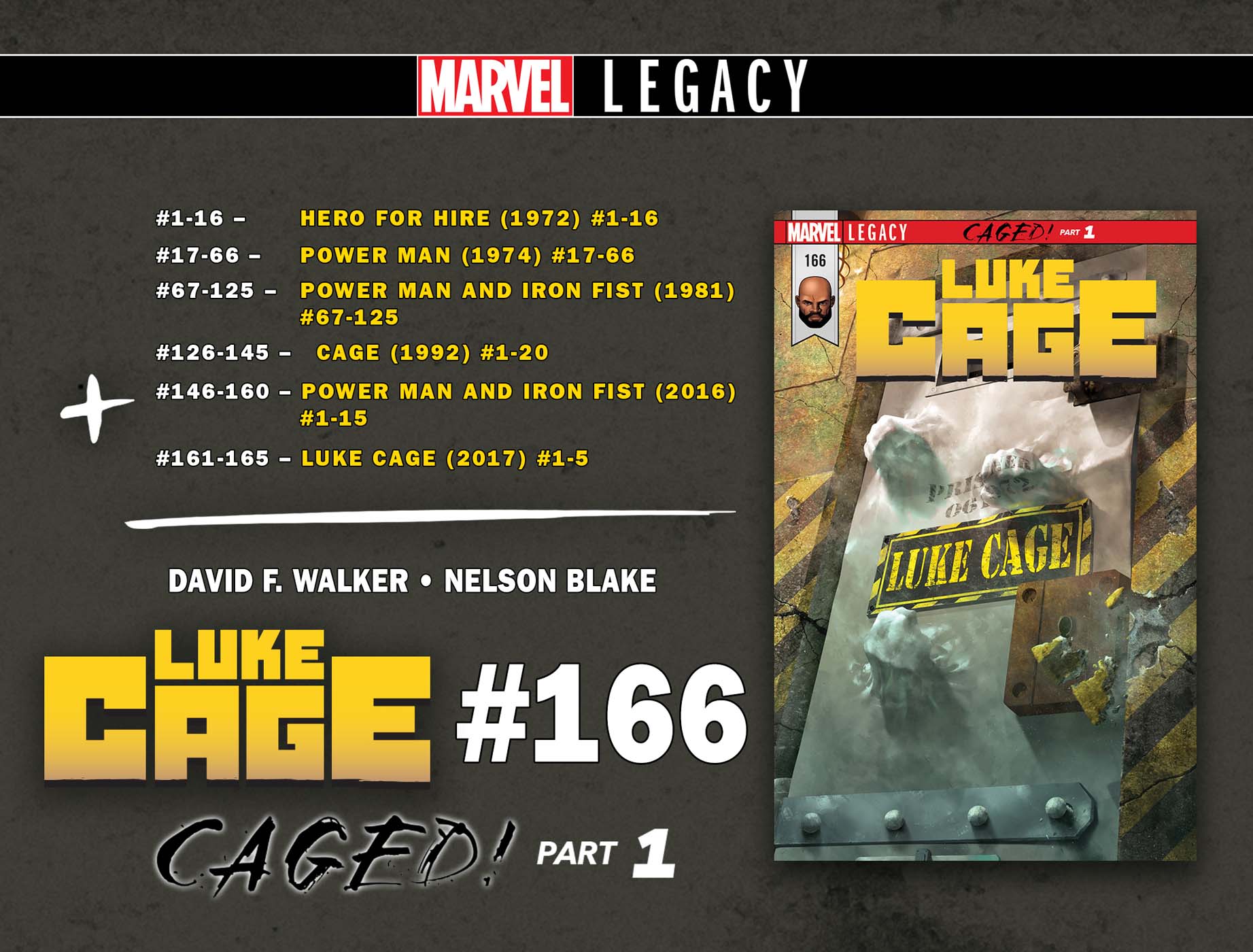 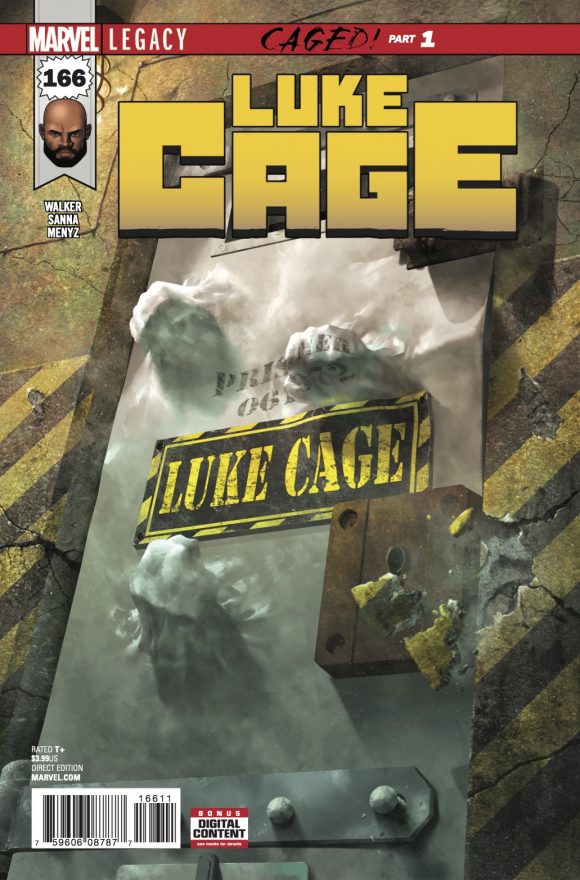 LUKE CAGE: CAGED! Prison broke Carl Lucas, but he was rebuilt as a new man: the hero Luke Cage. Now, Luke is about to be tested as never before in the crucible that made him. In a nowhere town, Luke finds himself on the wrong side of the law. It’s a nightmare on the surface, and there’s more darkness underneath: a power that could threaten the entire world. 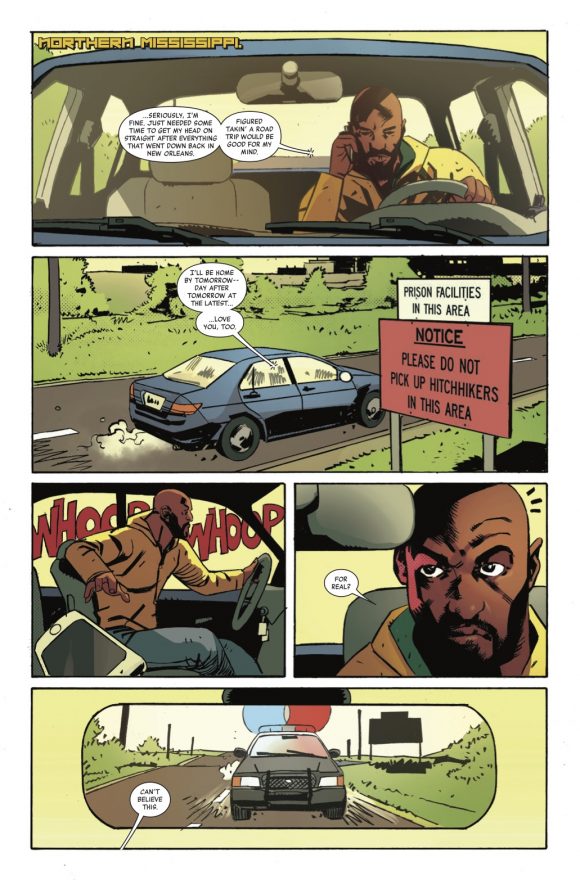 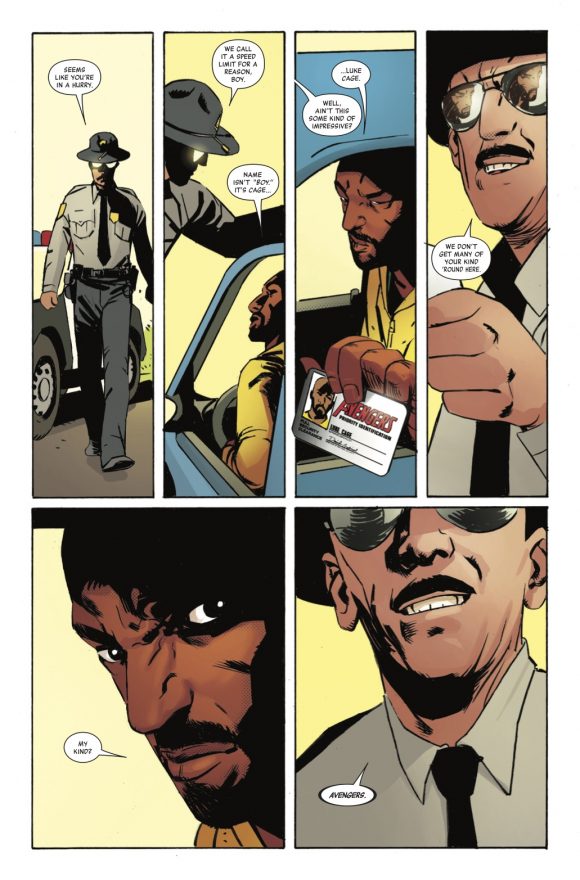 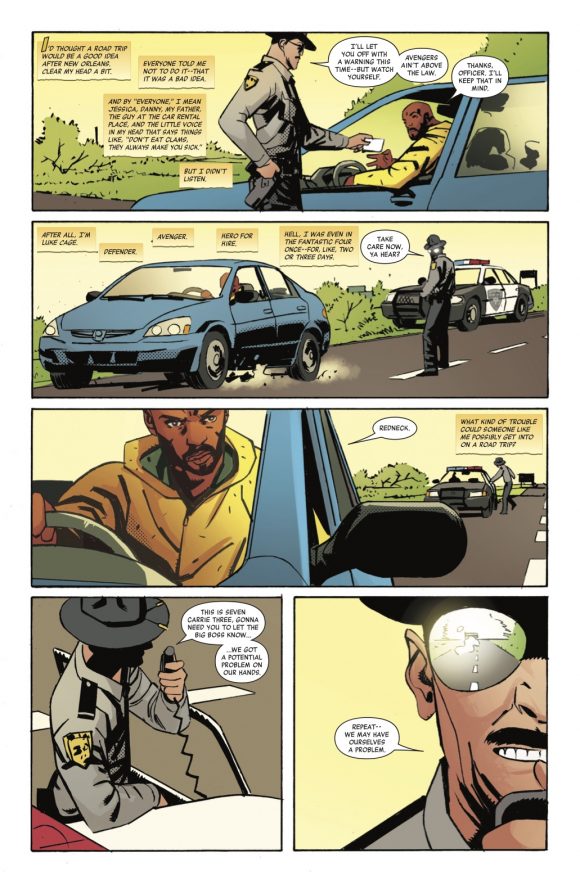 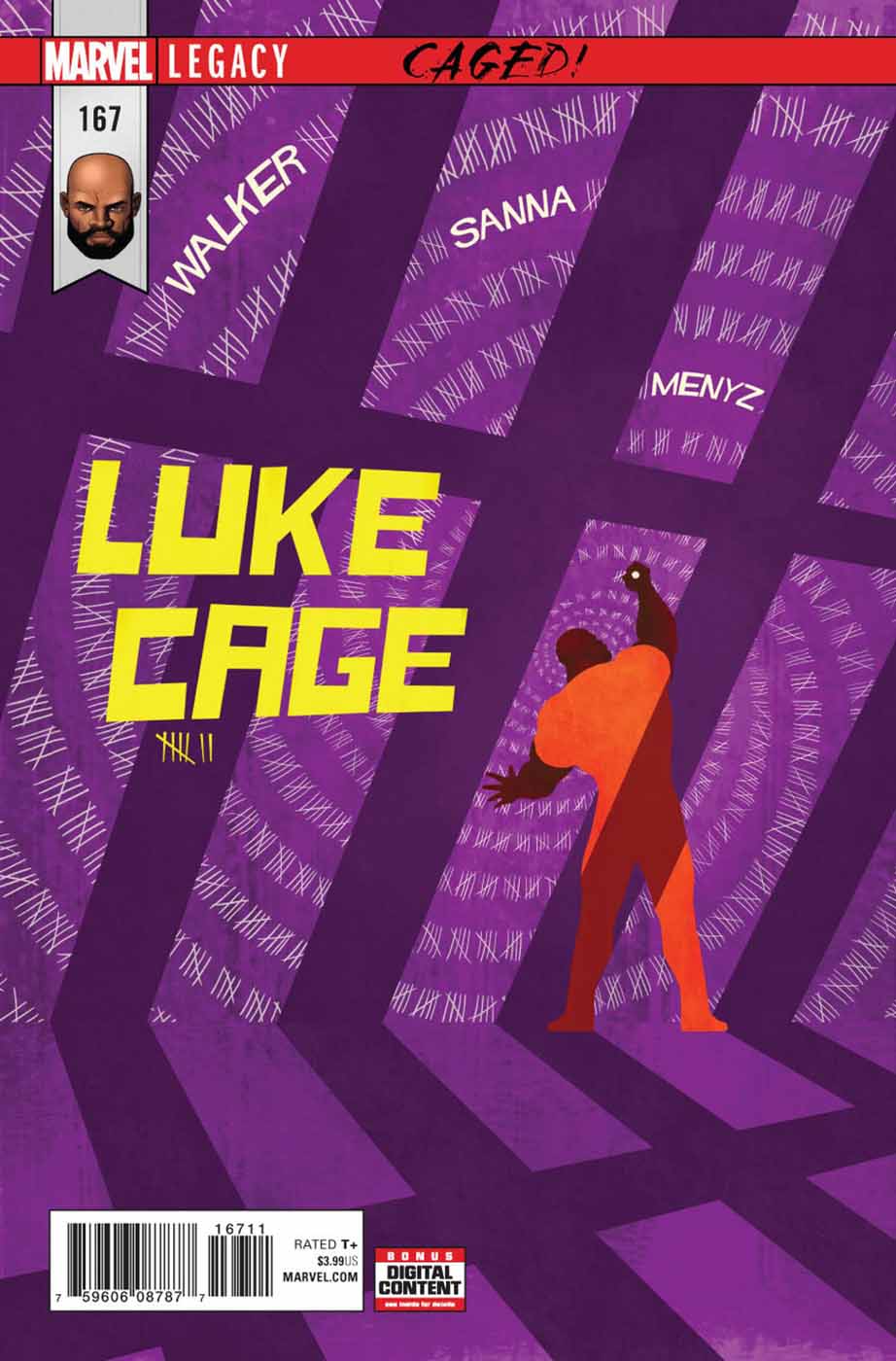 Description: “Caged,” part two. Luke Cage is back in the one place he never wanted to be. With his mind mangled, Luke grasps for any foothold he can find. Which is hard, as this is no ordinary prison. 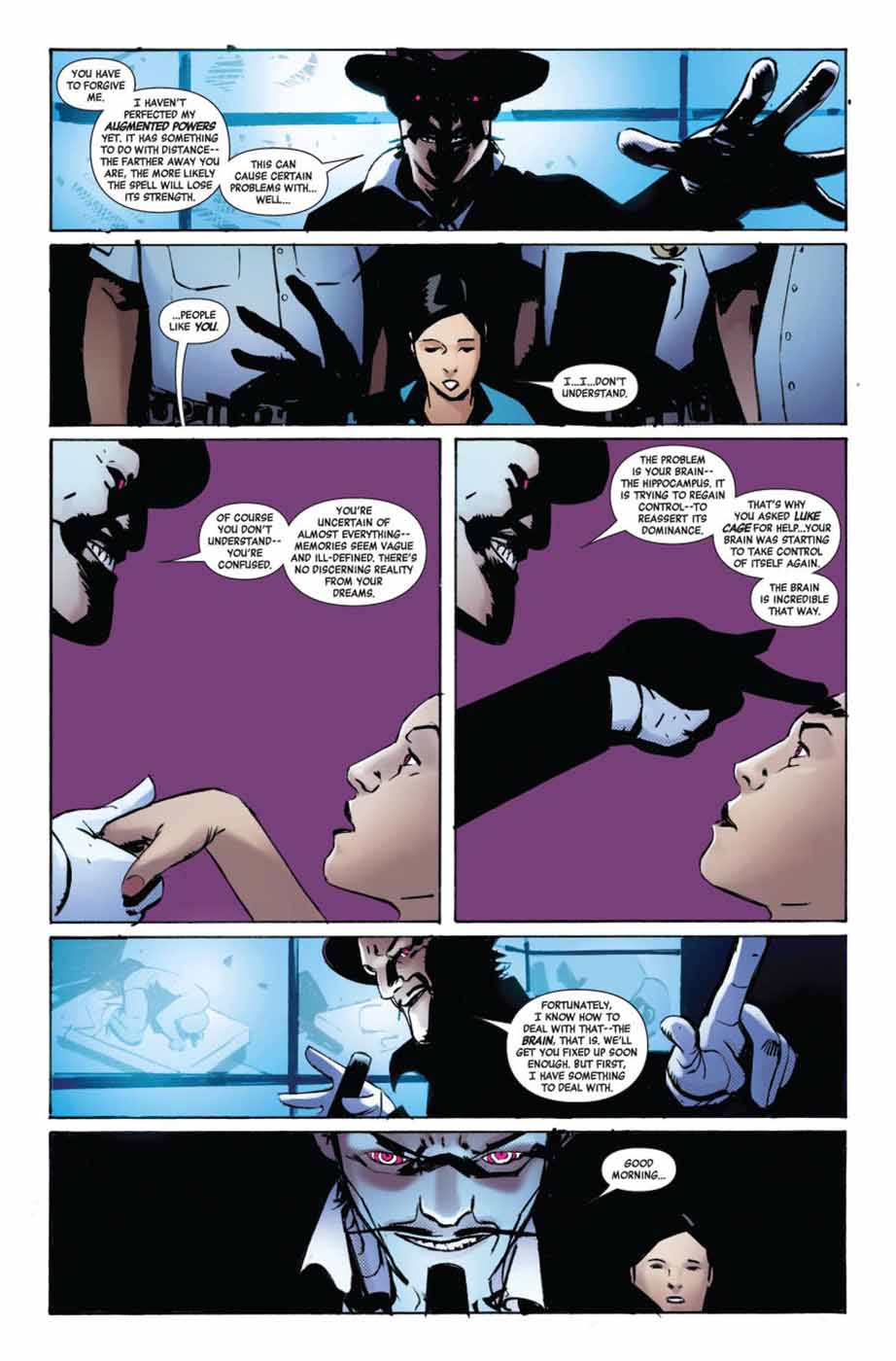 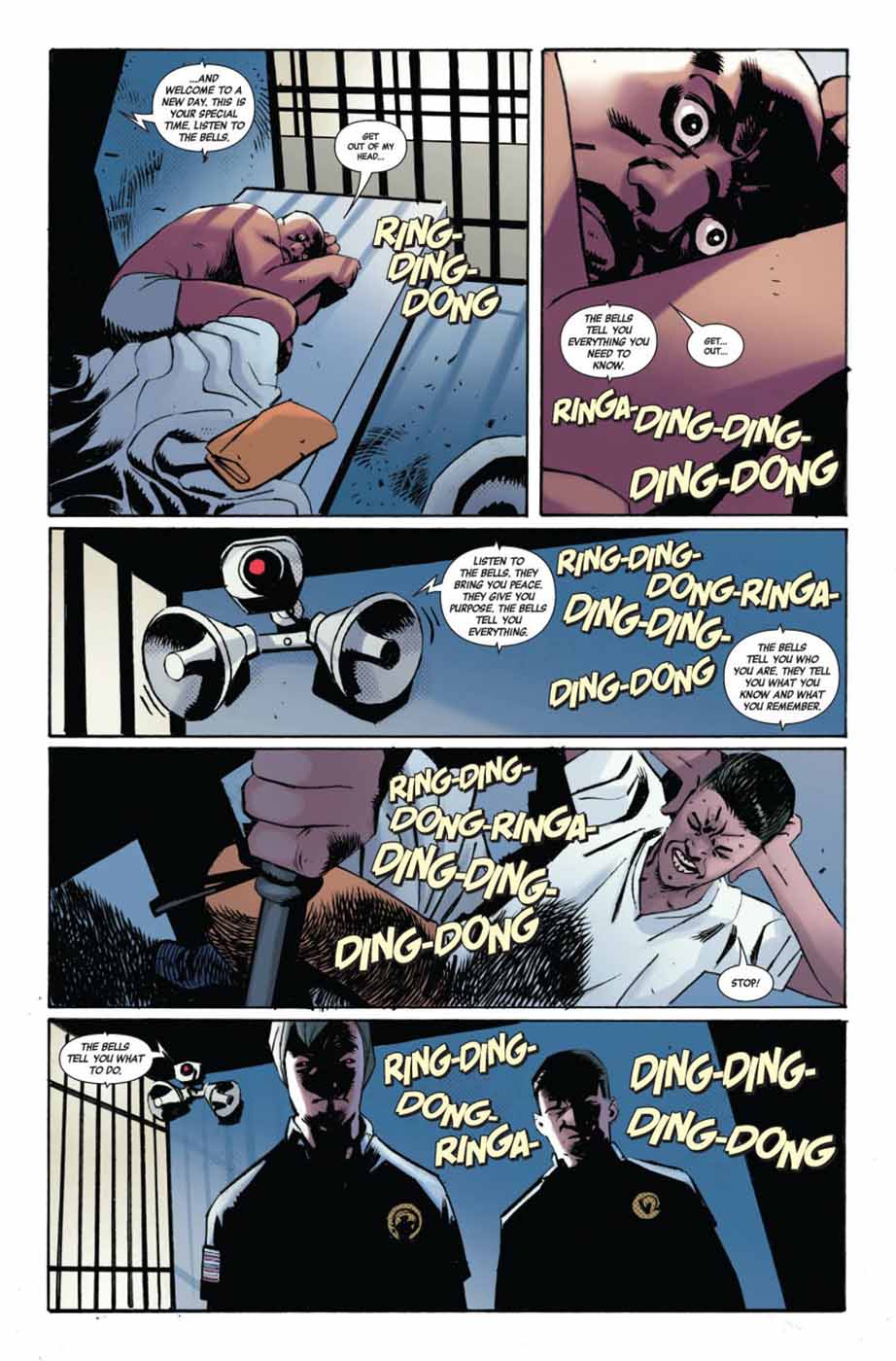 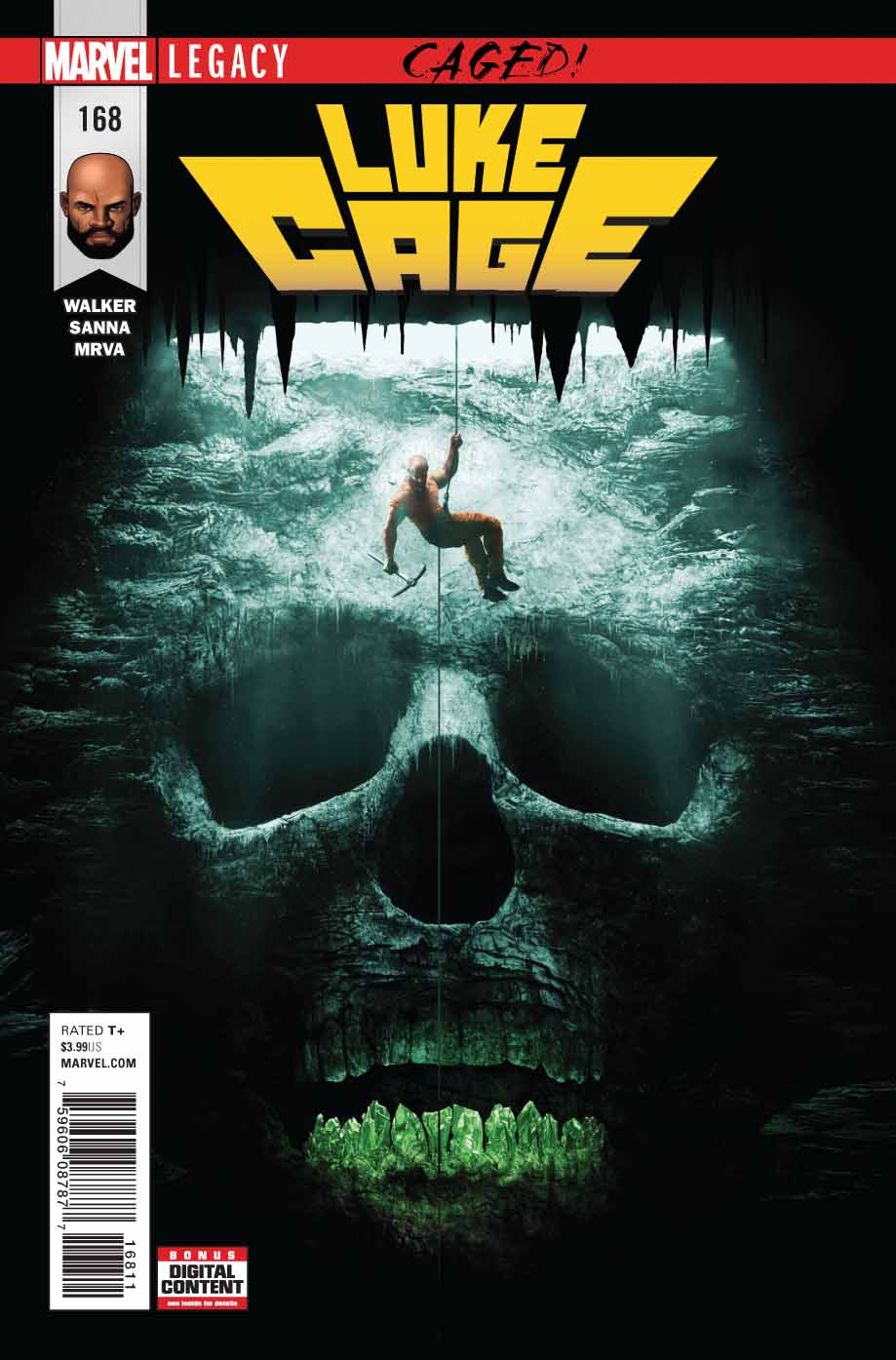 Description: “Caged,” part three. Luke’s on the chain gang, but they’re not doing road work. What horrors await the prisoners in the dreaded mine?! 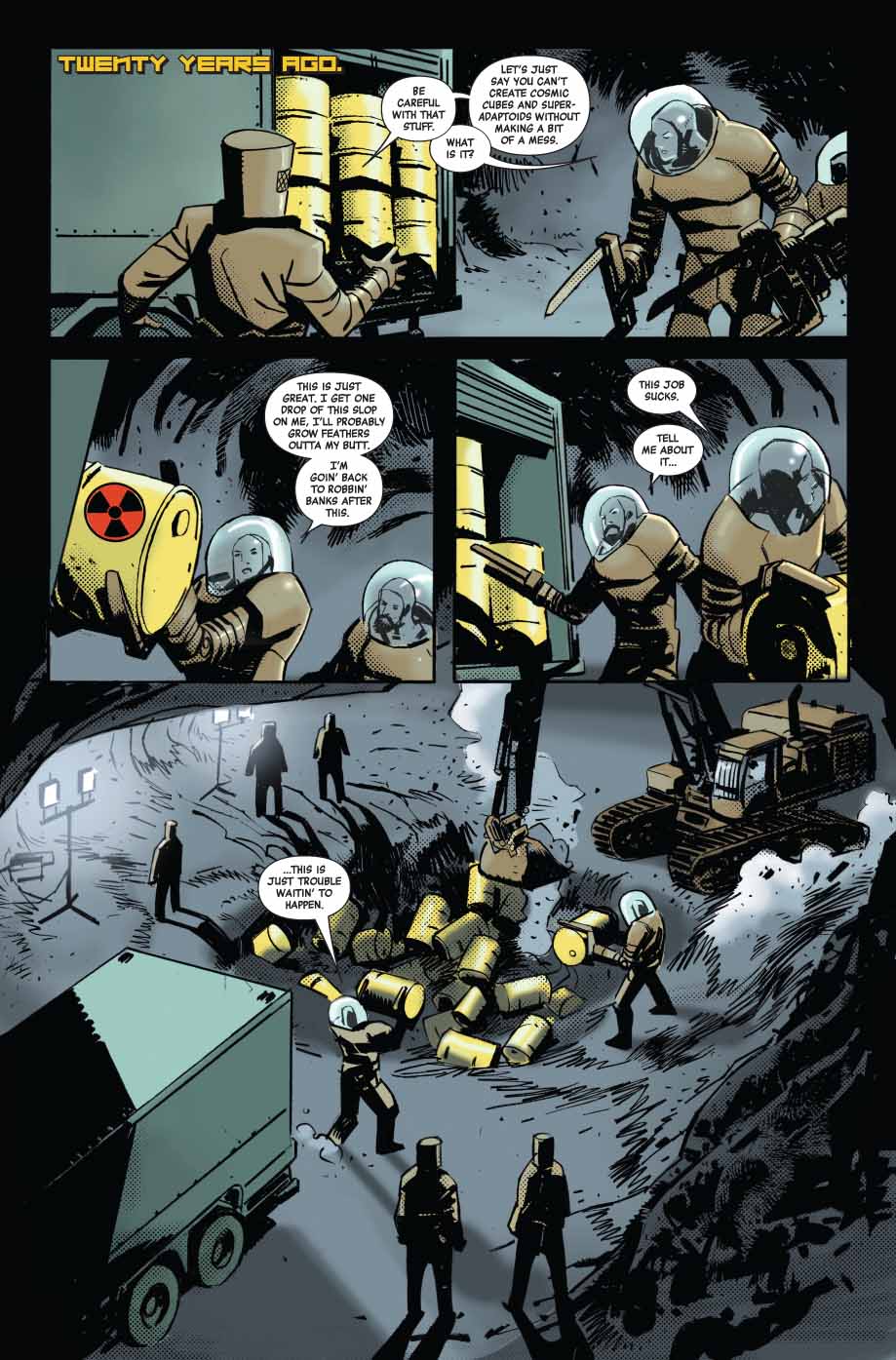 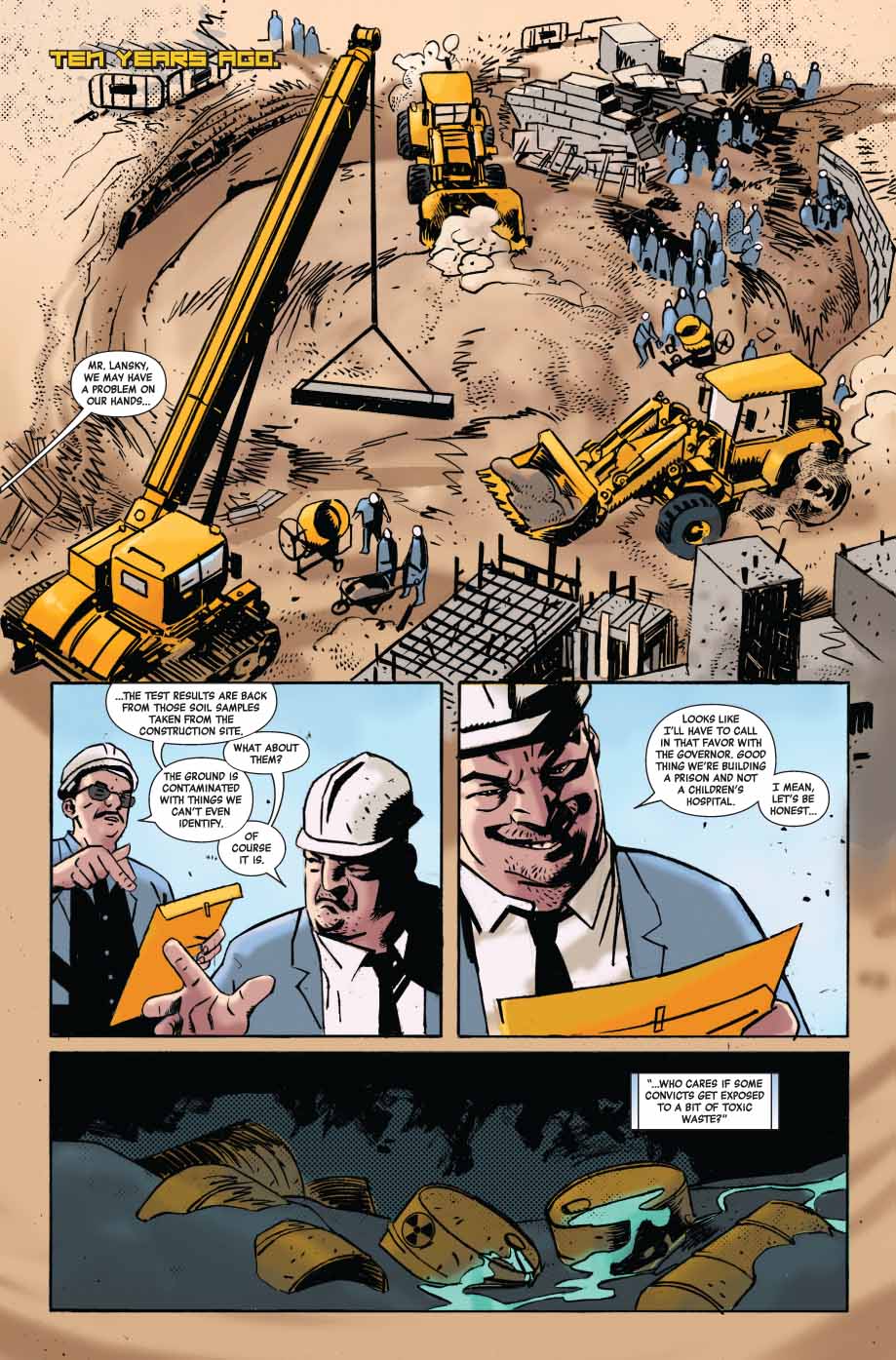 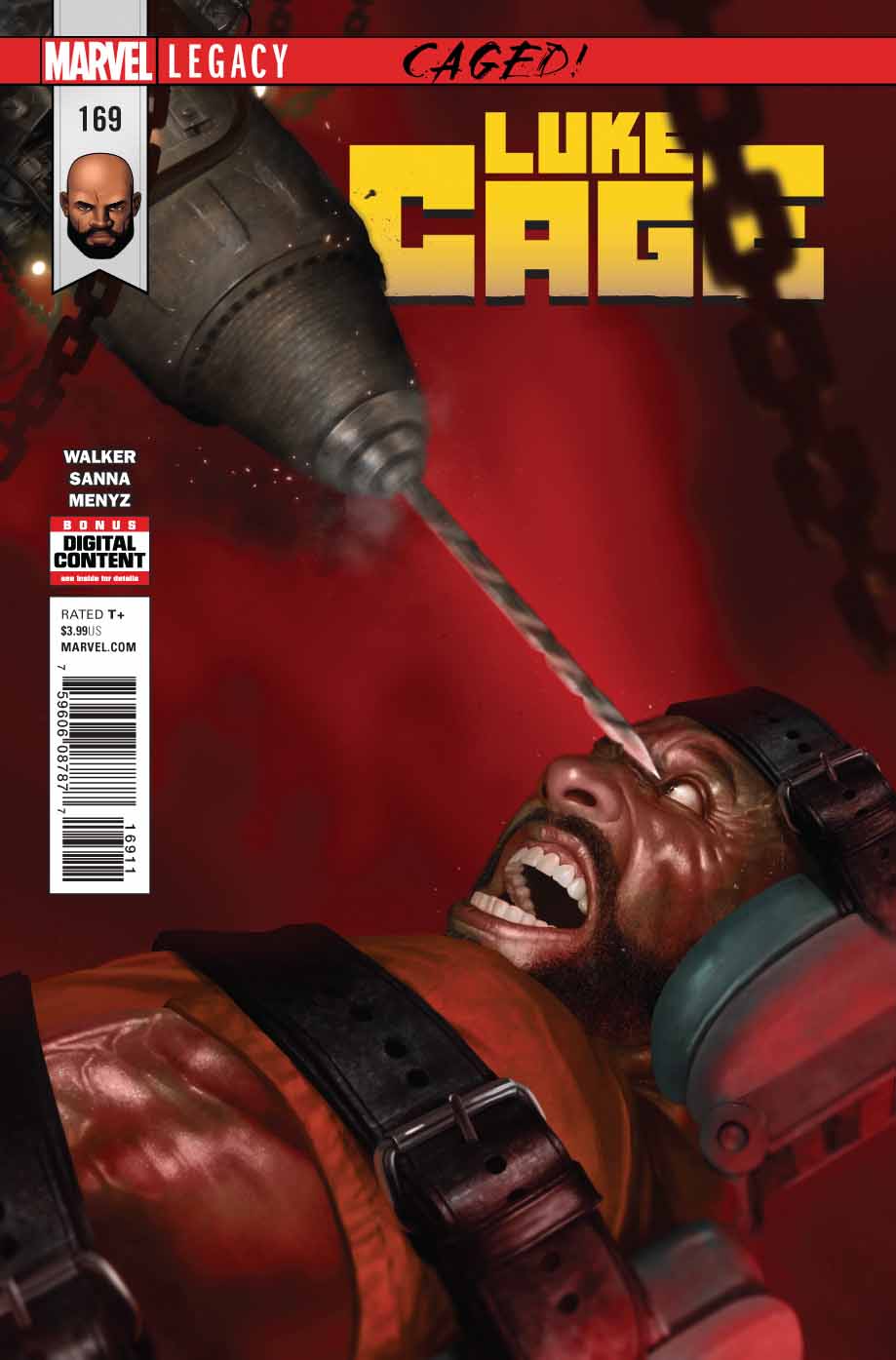 Description: “Caged,” part four. Luke is rescued from the collapsed mine, but he’s out of the frying pan and into the fire! What horrors await him in Ringmaster’s prison hospital? 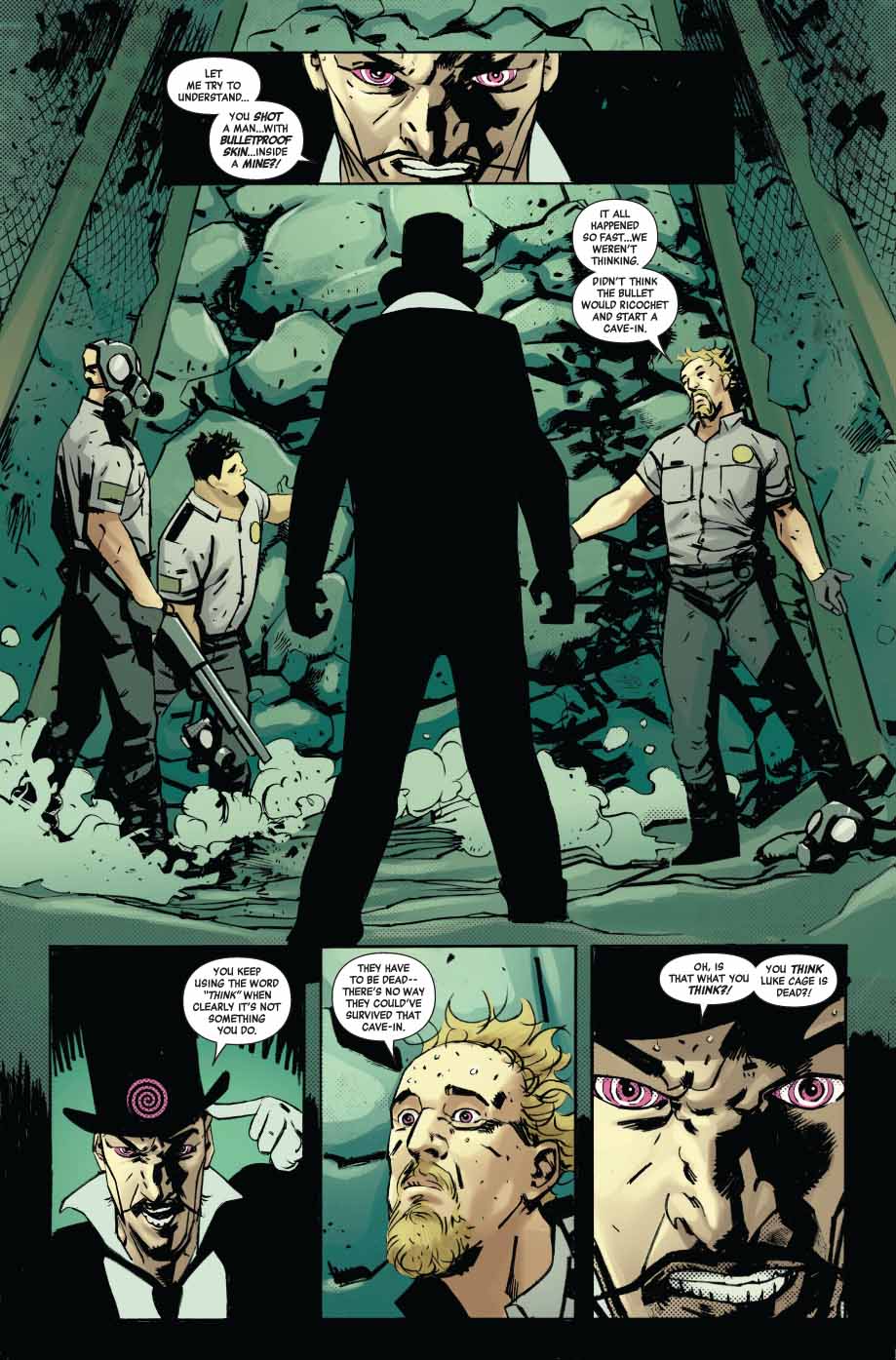 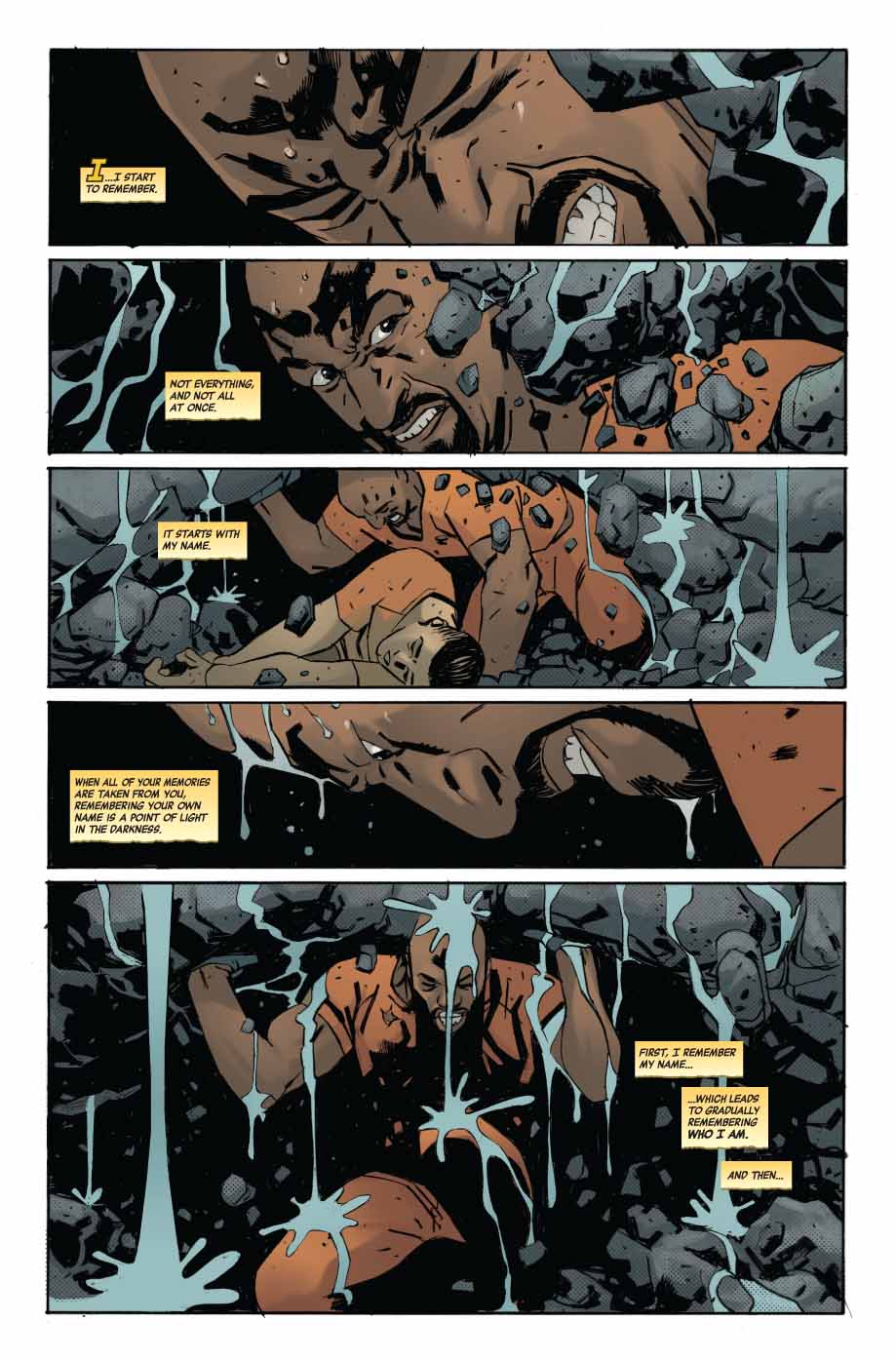 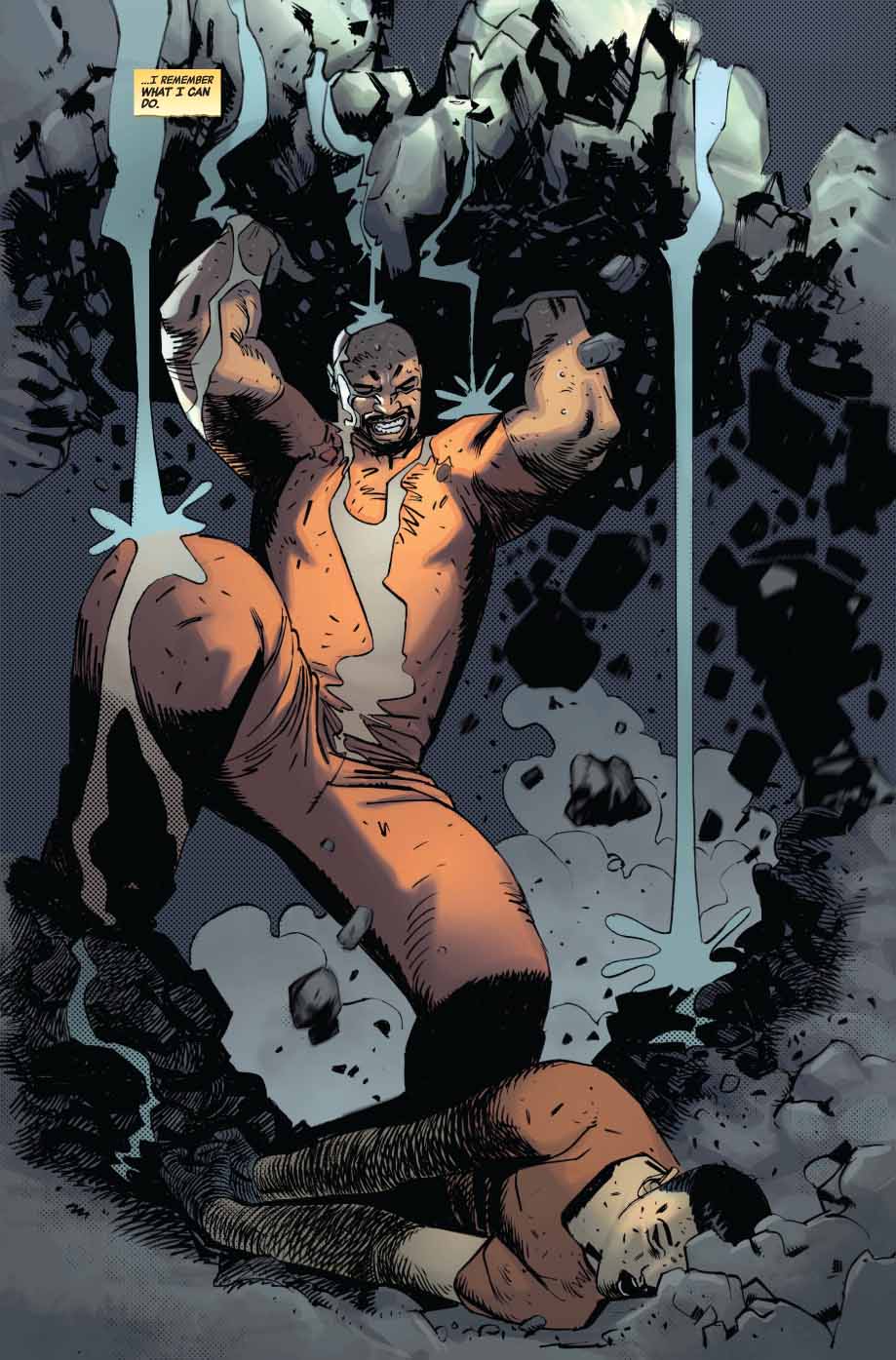 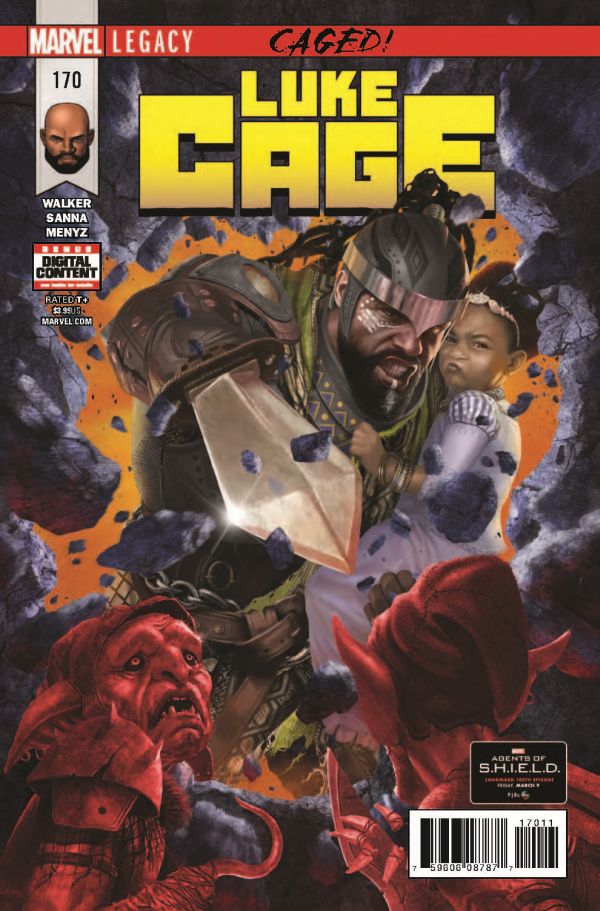 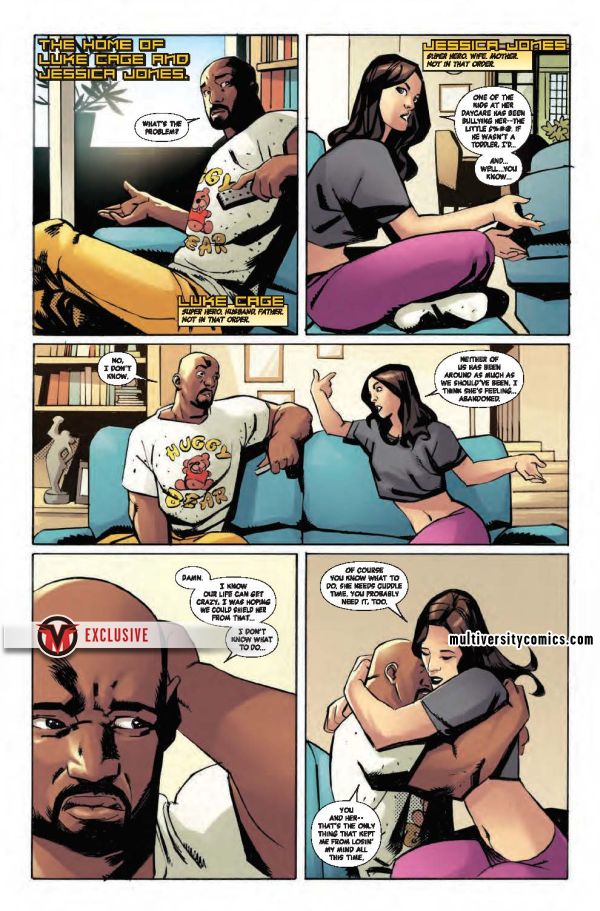 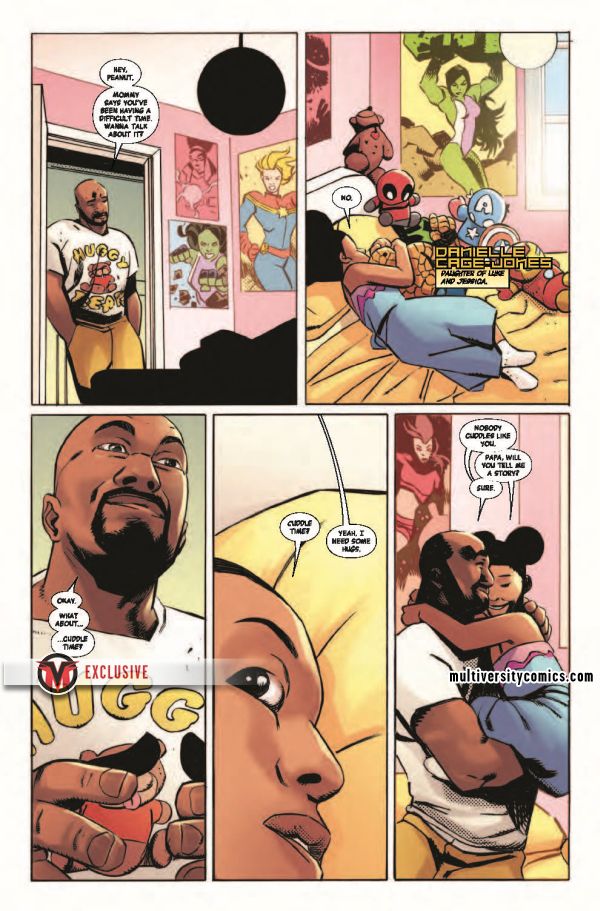 To clarify…I did NOT quit Marvel. Nor was a fired. I’m just not working for them at the moment, which is how the world of freelance works. I’m working for Image, Lion Forge, and Boom, as well as a few other projects yet to be announced…including an OGN for Random House.