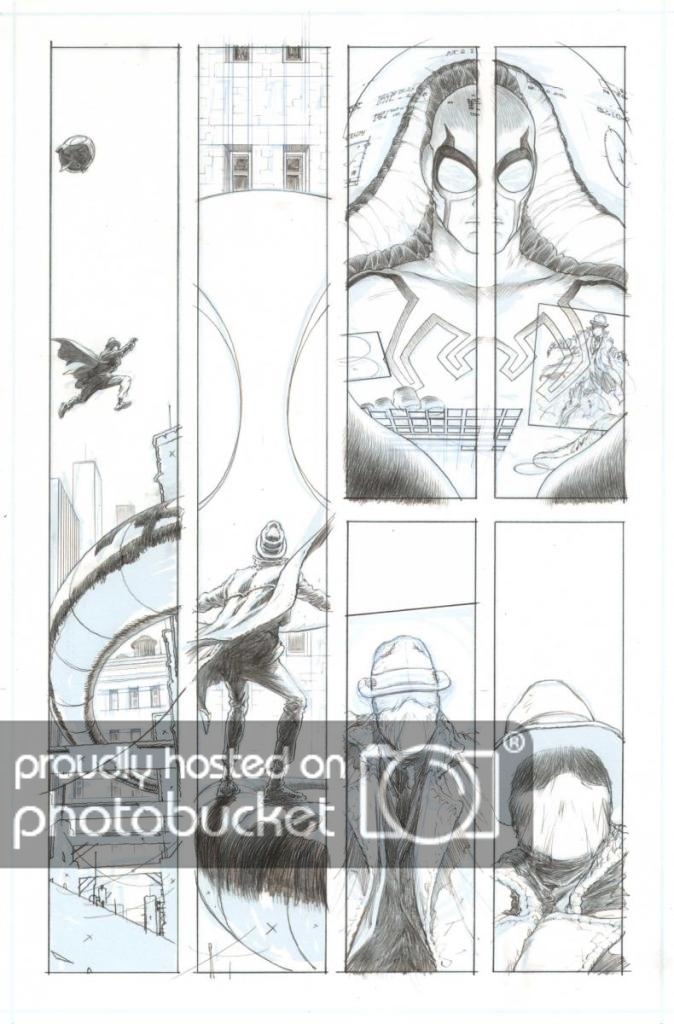 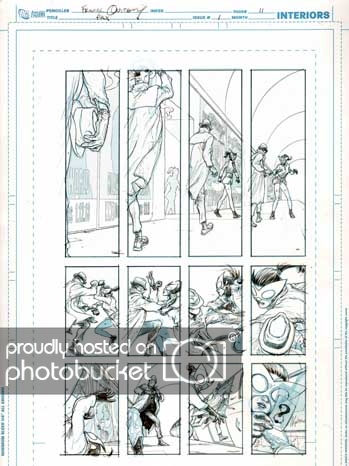 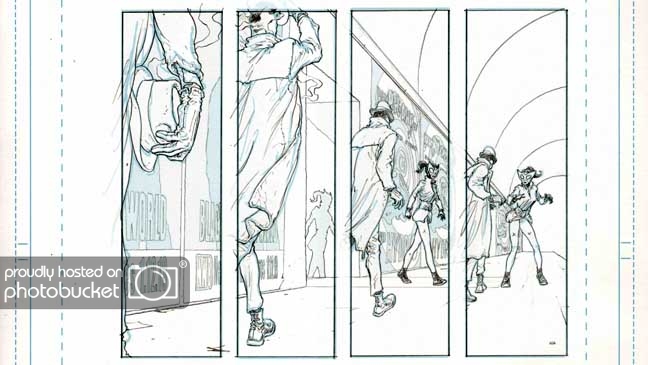 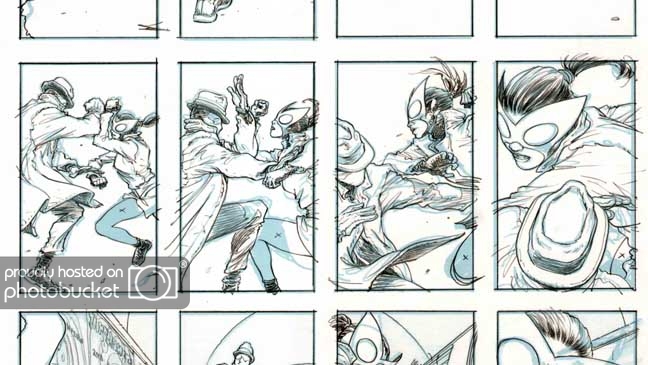 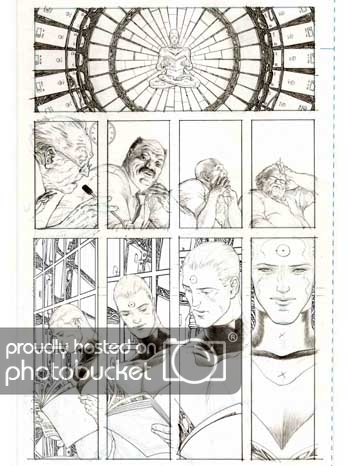 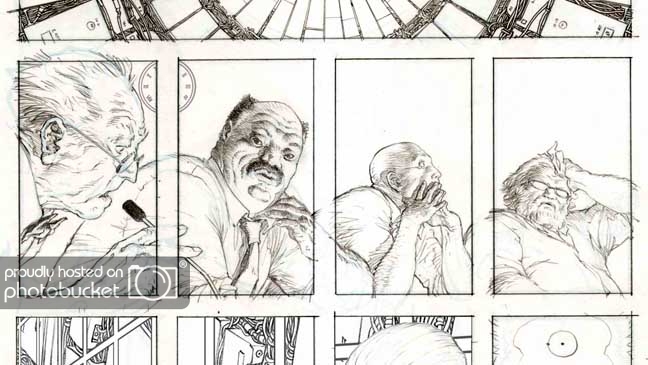 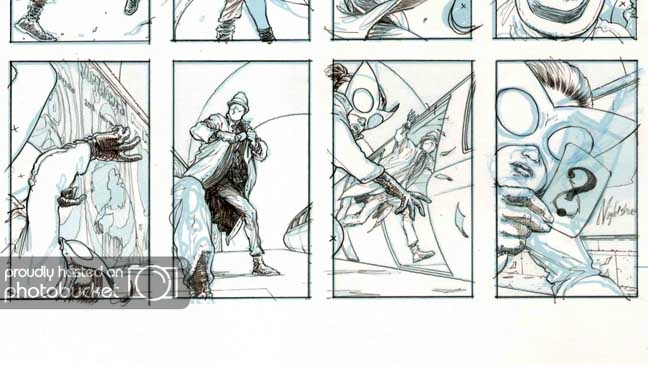 [quote]“One of the things I loved was that Barry Allen got his name from a comic book because he used to read about Jay Garrick in the Golden Age,” Morrison explained. “So the idea that each of these worlds read comic books featuring characters from the other world seemed really interesting to play with. So each of the worlds sort of communicate with the other worlds by comic books. In the second one, you see guys reading the comic book you just read the month before. They see the bad guy moving closer to their reality, through comic books.”

This issue will re-imagine some of DC’s pulp characters including Doctor Fate, Immortal Man, Lady Blackhawk and the Atom.

“It’s a version of the Earth where there’s two billion people, even though it’s 2012,” Morrison said. “There’s just been a war kind of like World War II, and there’s a group of heroes called the Society of Superheroes – S.O.S. – led by Doc Fate who’s an amalgam of Doc Fate and a kind of Doc Savage type. He appeared in Superman Beyond. There’s a bunch of primitive pulp characters that we brought back and recreated. They’re dealing with the first incursion of the bad guys across the multiverse.”

This issue will be Morrison’s attempt to depict a superhero-style threat in a realistic setting.

“We’ve created this thing that I think has never been done before… technology that explains what a superhero would actually be like in this world.”

This issue spotlights the children or grown-up sidekicks of the Justice League in a world that their parents and mentors have made completely safe, leaving them inexperienced and aimless.

“What happens when your mom and dad fix everything? Superman, Batman and Wonder Woman have kind of fixed everything so the kids have nothing to do,” Morrison said. "Connor Hawke and all those guys, Kyle Rayner, all those guys are hanging around and doing battle reenactments. ‘It’s my turn to defeat Starro the Conquerer!’ The whole idea of superheroes has been taken to this exhausted end point so no one’s got anything to do. They’re all just trying to deal with it. Damian Wayne is the Batman and Chris Kent is the Superman of that world. These kids, they dress up but they’ve never fought anything. So they have to deal with [the threat] on that level.

“We designed it to be like The Hills, where we introduce these characters with their names underneath and these banal conversations. It’s taking all those '90s characters and doing it as The Hills.”

Based on the classic Fawcett comics starring Captain Marvel, known today as Shazam!

“It’s a Pixar version of the complete story of Captain Marvel, who’s drawn into the conflict,” Morrison said.

The Nazi World - The Mastermen vs. the Freedom Fighters

Morrison likened this issue to Superman: Red Son, in which baby Kal-El was raised in the Soviet Union. Here, Superman landed in Nazi-controlled Europe in 1938 (the year Action Comics #1 was published), and the story details how the Nazis used the Man of Steel to bring about Hitler’s vision for the world, which of course necessitated killing a lot of people. Seventy years hence, the planet is without war but Superman questions whether the ends justify the means as a new group of heroes rises to reclaim the world.

“The first page is Hitler on the toilet reading Action Comics and suddenly he gets [a superman] of his own,” Morrison said. "Suddenly it cuts to the ‘50s and we see this Nazi Superman walking in Washington and the place in flames. We have Uncle Sam, who’s the kind of trampish Alex Ross version, is watching them burn American comic books and records. It’s based on the idea of what if the Nazis had won. What happens is Uncle Sam and the Freedom Fighters come back and they’re all representatives of the people who were killed by Hitler. Dollman is Jewish, The Ray is homosexual, there are Jehovah’s Witnesses, that kind of thing. They’re the huddled masses and Uncle Sam has brought them together in this terrorist cell. It’ this big Shakespearean-style story of this Superman dealing with his own guilt and wondering if his world should be destroyed.

The cover of this issue plays on the iconic Watchmen motif of the bloody smiley face badge by depicting a peace sign in flames. In the story, the Peacemaker (re-imagined as the Comedian in Watchmen) assassinates the American President from a weather balloon in space. The Question and Blue Beetle also star, although the two are estranged. While Steve Ditko’s The Question and Alan Moore and Dave Gibbons’ Rorschach were preoccupied with Ayn Rand’s objectivism, the Question of Pax Americana is concerned with spiral dynamics, which considers the world in terms of distinct modes of behavior or thinking that are represented by different colors.

Pax Americana references Watchmen’s famous nine-panel grid by adhering largely to an eight-panel grid, which Morrison explained was inspired by music, specifically octaves. He’d previously written stories about the multiverse vibrating on a musical frequency, and the eight-panel grid (or the multiples-of-eight grid, as the case may be), is a continuation of that theme.

“It’s like the Rutles version of Watchmen,” Morrison joked.[/quote]

Multiversity’s ninth book will be what Morrison descried as a guidebook featuring a 20-page story and 20 pages of maps and concordances detailing the cosmic hierarchies and other details of the entire DC Comics multiverse.

[quote]Can you talk at all about your next project, Multiversity?
Frank Quitely’s just about finished his issue. Cameron Stewart’s started on his. I’m just wrapping up the last chunk of the script. We’re on the move now, actually, after years of planning and plotting.

It sounds very ambitious. Do you feel like this is your opportunity to make your definitive statement about the DC multiverse and different versions of the characters?
Definitely. That’s why it’s taking so long. I want them to be great. I wanted each issue to be like a real great music album, you know? They’re all set in completely different worlds, and I want them to feel that way. I’m really excited about it. But it does have that “big statement” feel to it. “Here’s how I feel about Nazi Superman!” [Laughs] “And Vampire Batman!”[/quote]