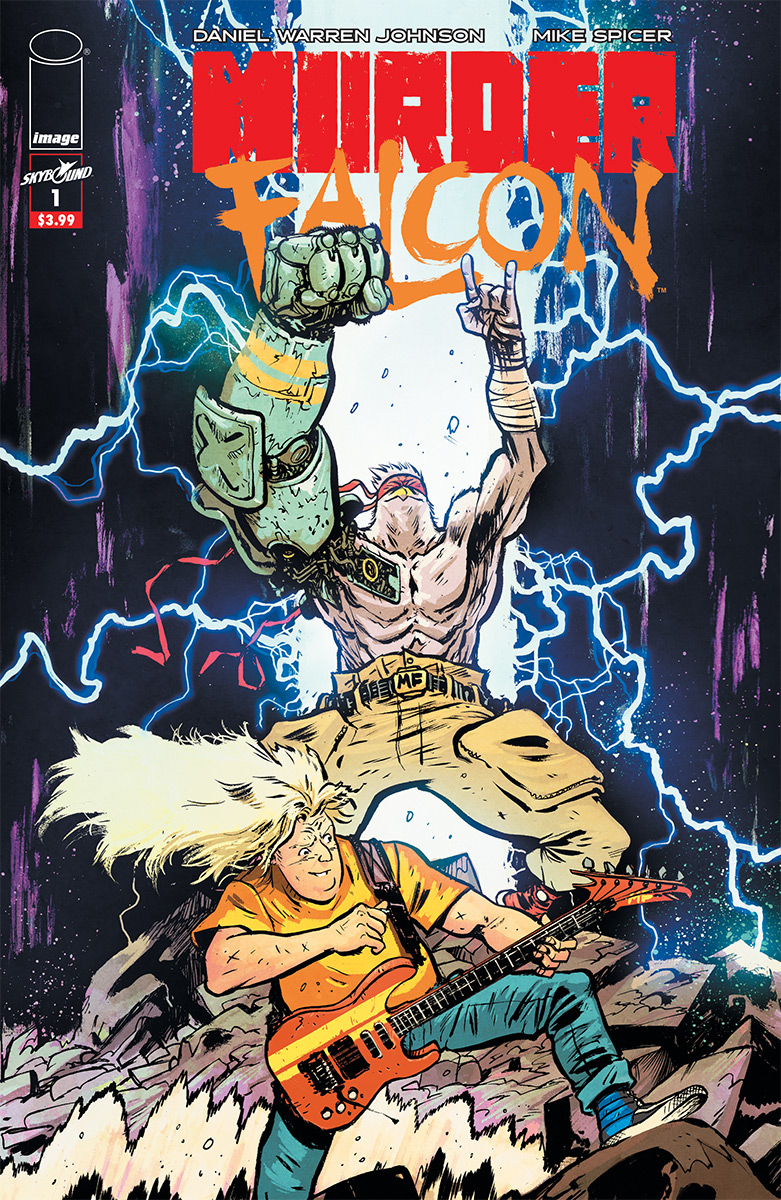 WRITER: Daniel Warren Jonhson
ARTIST / COVER: Daniel Warren Jonhson, Mike Spicer
The world is under attack by monsters, and Jake’s life is falling apart: no band, no girl, no future… until he meets Murder Falcon. He was sent from The Heavy to destroy all evil, but he can’t do it without Jake shredding up a storm. Now, with every chord Jake plays on his guitar, the power of metal fuels Murder Falcon into all-out kung fu fury on those that seek to conquer Earth. It’s time to shred!
32 pages, $3.99, in stores on Oct. 10. 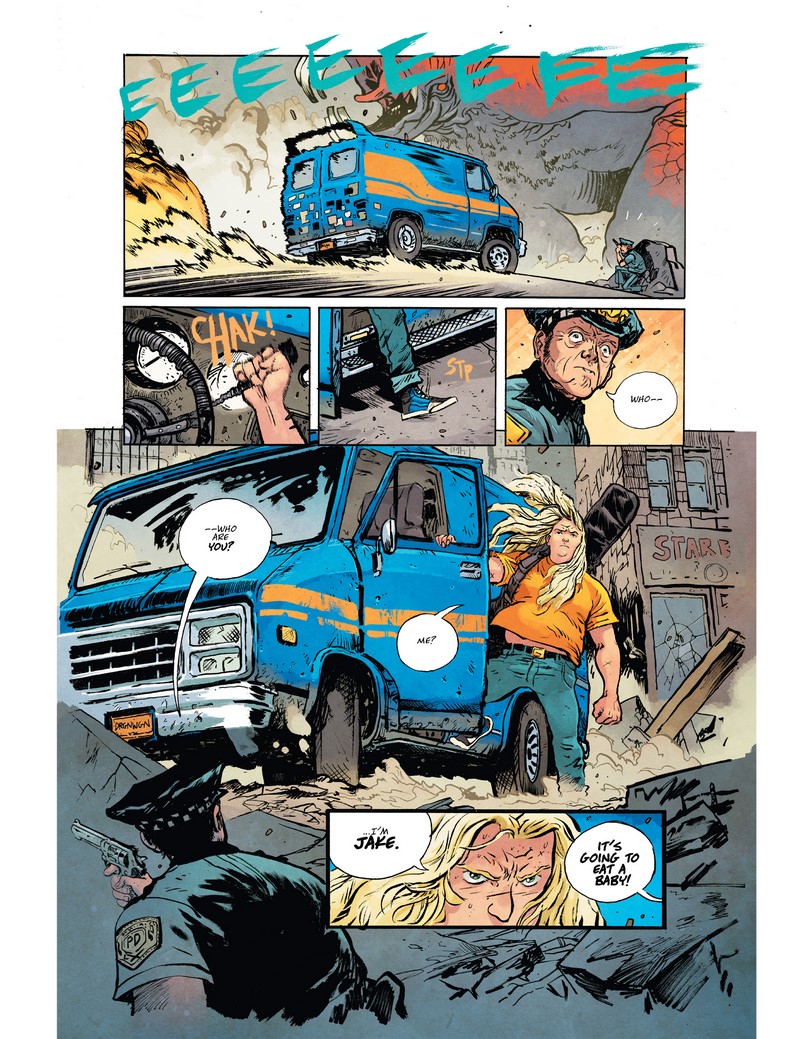 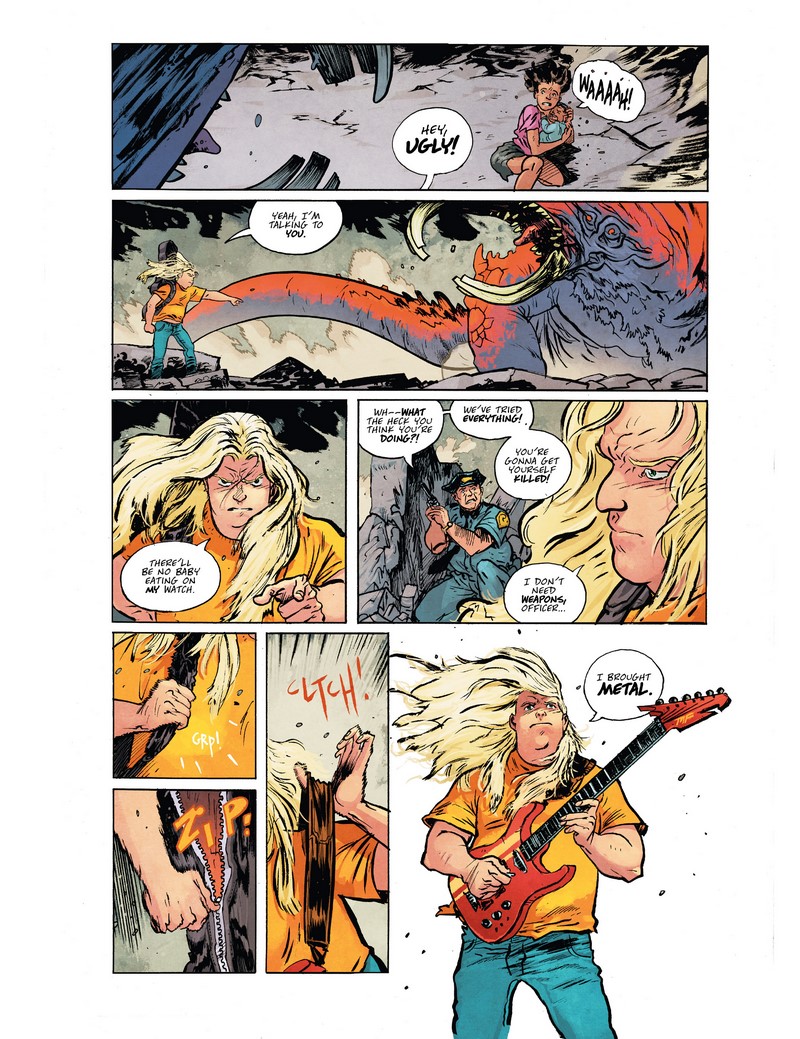 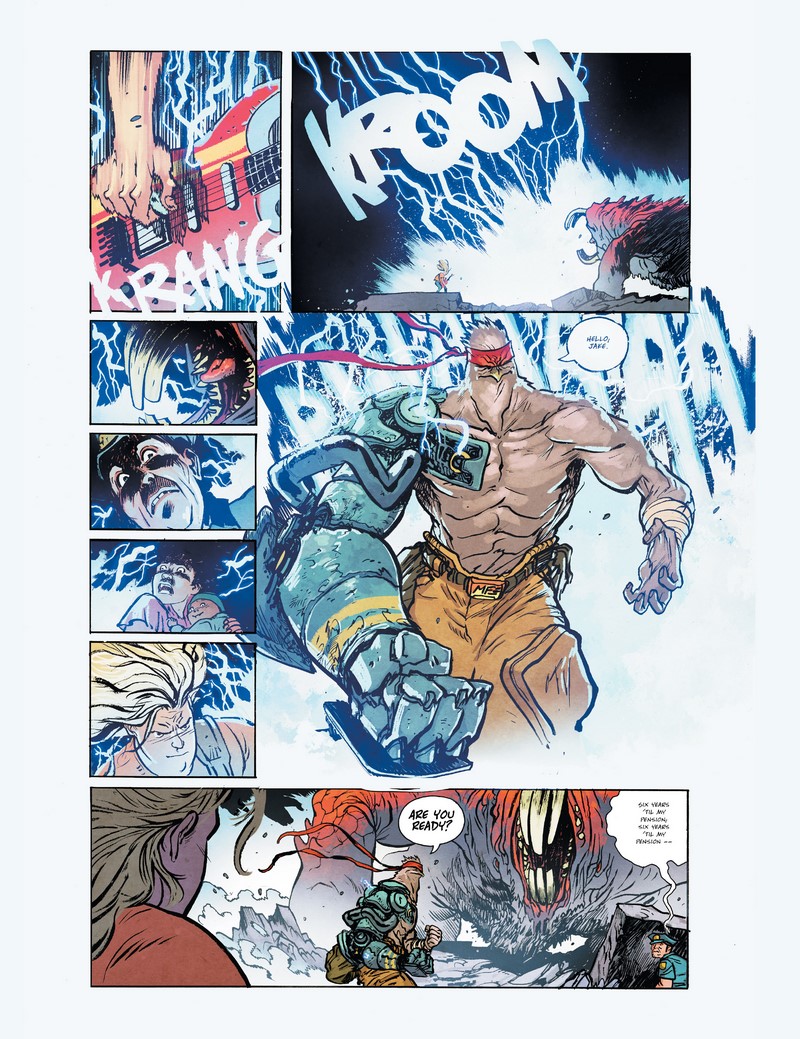 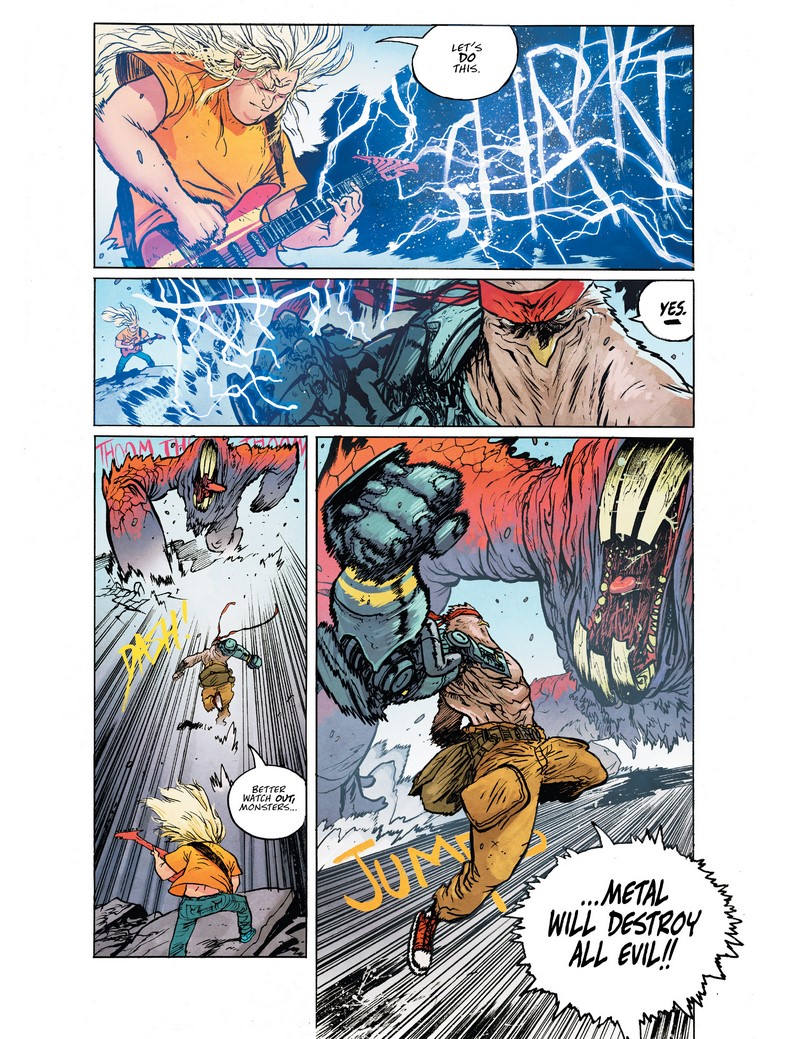 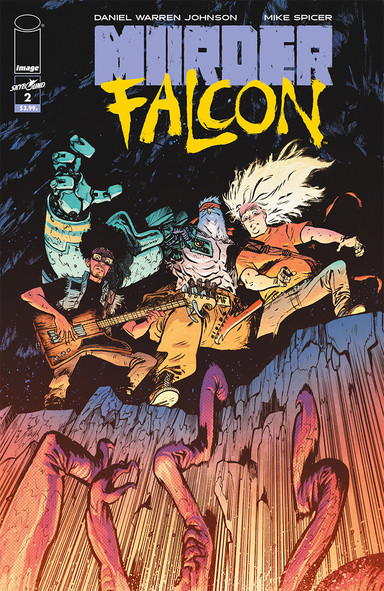 Description: Metal doesn’t happen with just one man… and neither does saving the world! As monsters attack the city, Jake and Murder Falcon must recruit a bassist to join their fight. Luckily, they know a guy. 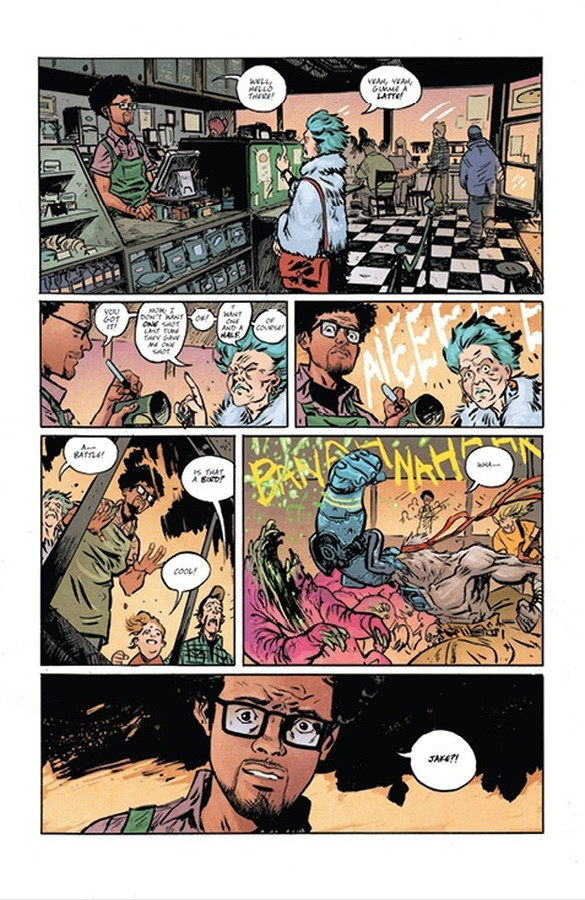 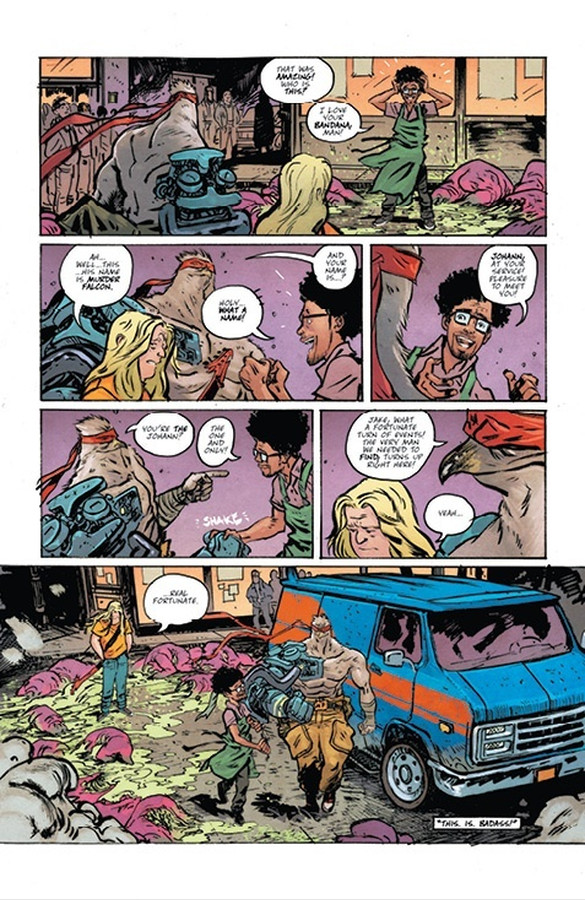 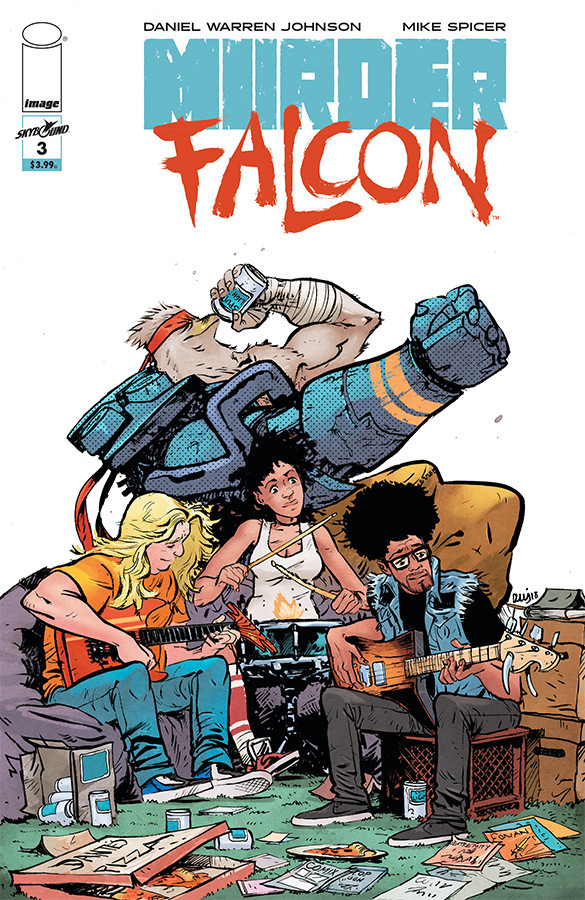 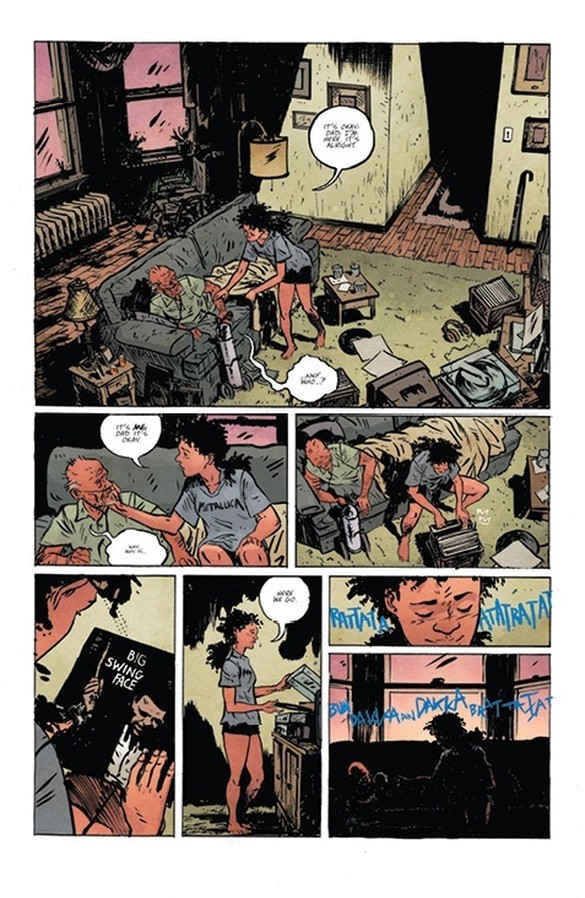 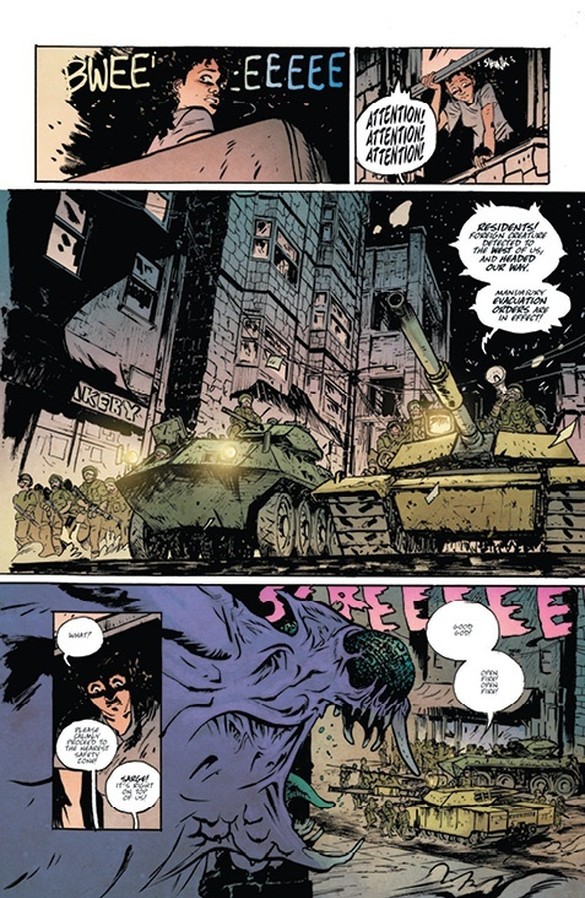 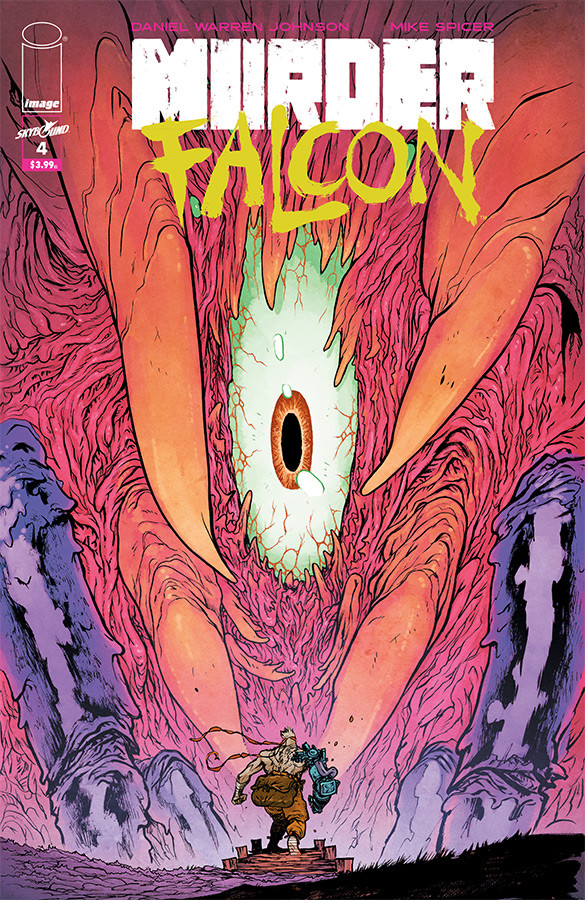 The reunion tour of Brooticus gets off to a rough start as Magnum Khaos unleashes his monstrous minions on Chicago. Only the mighty musical attack of Murder Falcon and the band can turn the tide… but where is Jake when his friends need him the most? 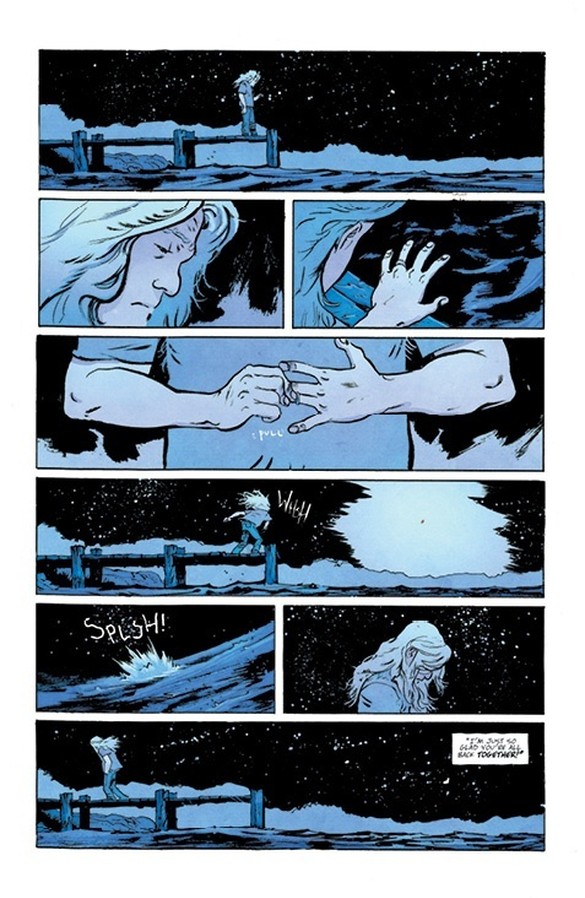 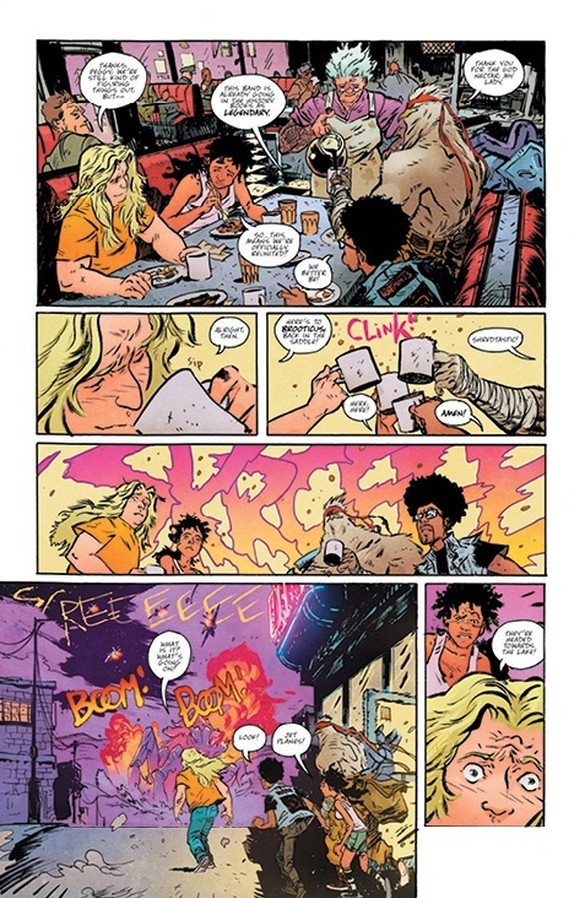 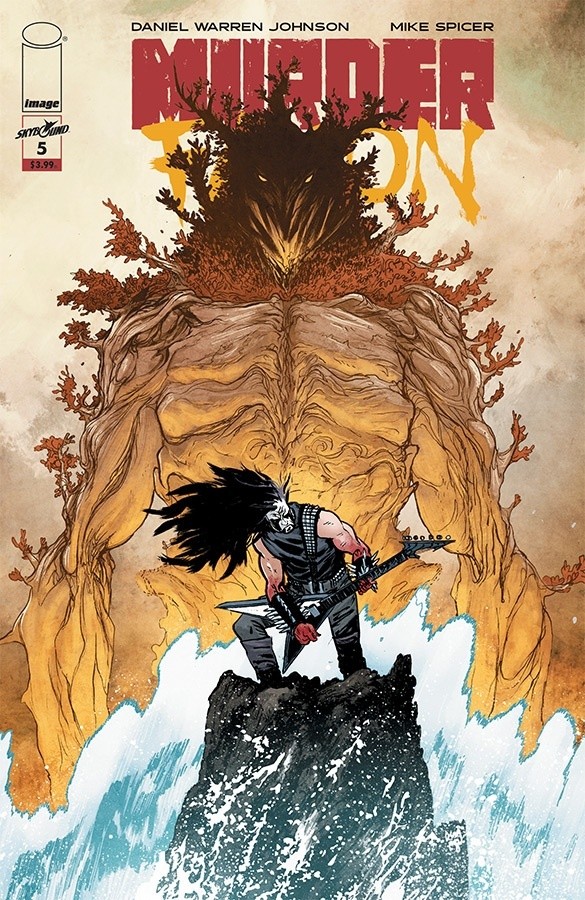 Description: Magnum Khaos has rocked the Earth, shaking Jake and Brooticus to their core-but don’t despair! A new band rises in Iceland, unleashing the blackest of metal to turn the tide. 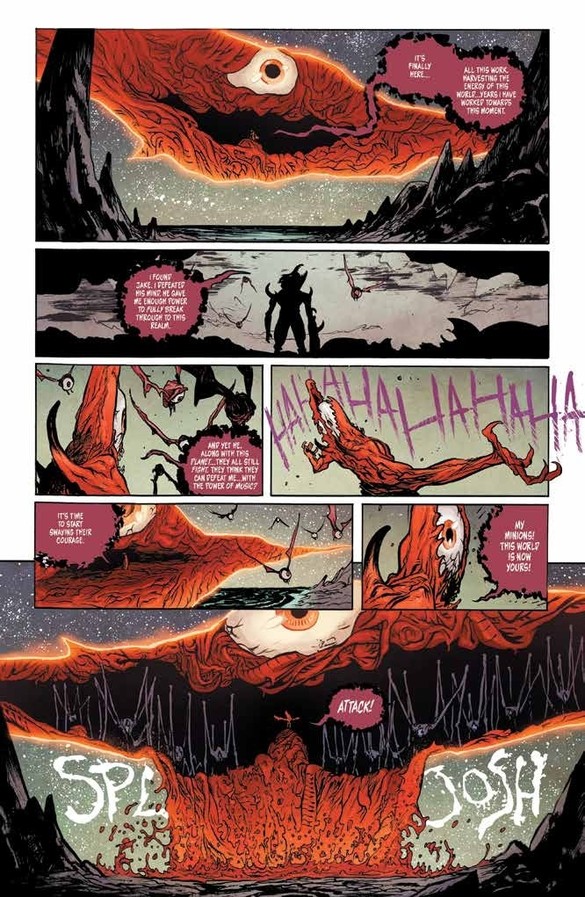 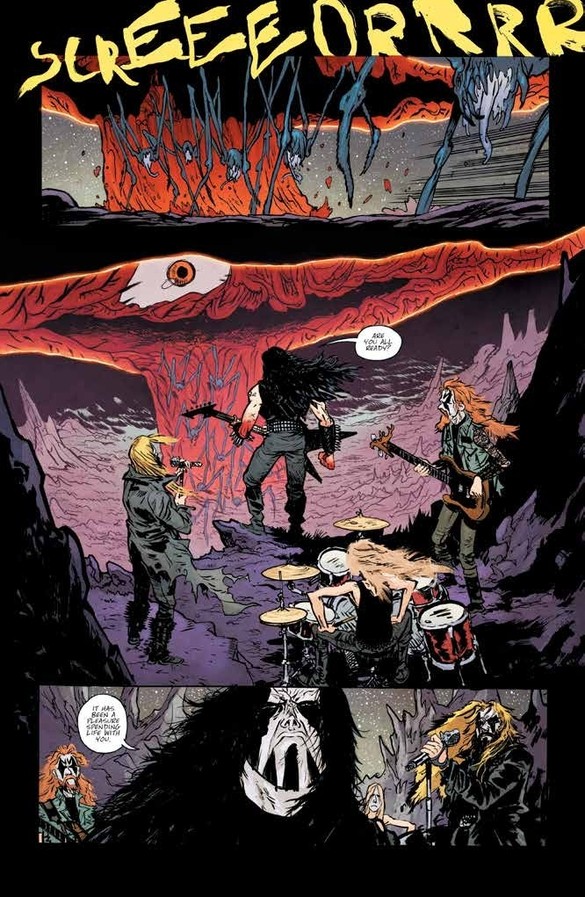