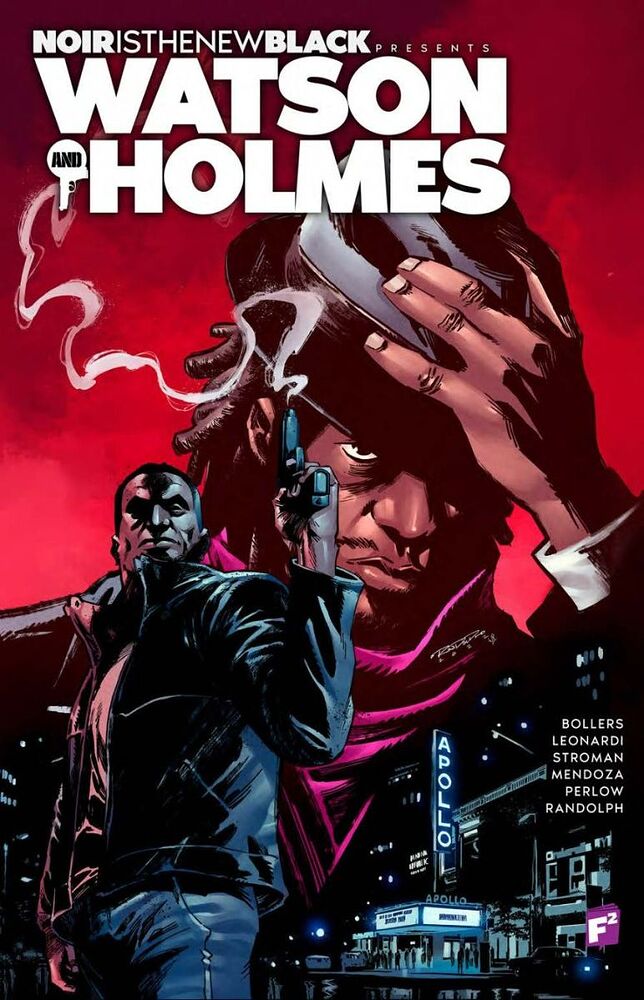 When legends team up, it’s… Elementary! Hit imprint ‘Noir Is the New Black’ returns with two iconic characters, reimagined and reintroduced in ‘NOIR IS THE NEW BLACK: WATSON AND HOLMES, VOL. 1!’

Harlem, Now. A missing girl case brings together the most famous dynamic duo in the world for the first time!

Created by Brandon Perlow and Paul Mendoza, NOIR IS THE NEW BLACK: WATSON AND HOLMES, VOL. 1 reinvents the classic detective team from Sir Arthur Conan Doyle in a bold and diverse way. This reinterpretation features a mostly-black cast of characters in the neighborhood famously known as the beating heart of Black American culture for over a century.

Jon Watson is an Afghanistan war vet and works in an inner-city clinic. Sherlock Holmes is a local P.I. who takes unusual cases. Together, they race against the clock to find Trina, a missing girl tied to a web of drugs, guns, gangs and even a conspiracy!

First published by New Paradigm Studios, it won Glyph Comics Awards, was nominated at the prestigious Eisner Awards in 2014 and has been hard to find for a long time.

This new remastered edition brings the world of WATSON & HOLMES to a bigger worldwide audience through FairSquare Comics and the NOIR IS THE NEW BLACK label, distributed by Diamond Book Distributors. It comes with a brand new cover by superstar Khary Randolph (EXCELLENCE, Image Comics).

“It’s an honor to bring a series like Watson & Holmes to FairSquare Comics. Not only will the new edition allow a new audience to discover this instant classic, but we have big plans for these characters in the future. This is merely an hors d’œuvre, a starter, for these characters at our company.” 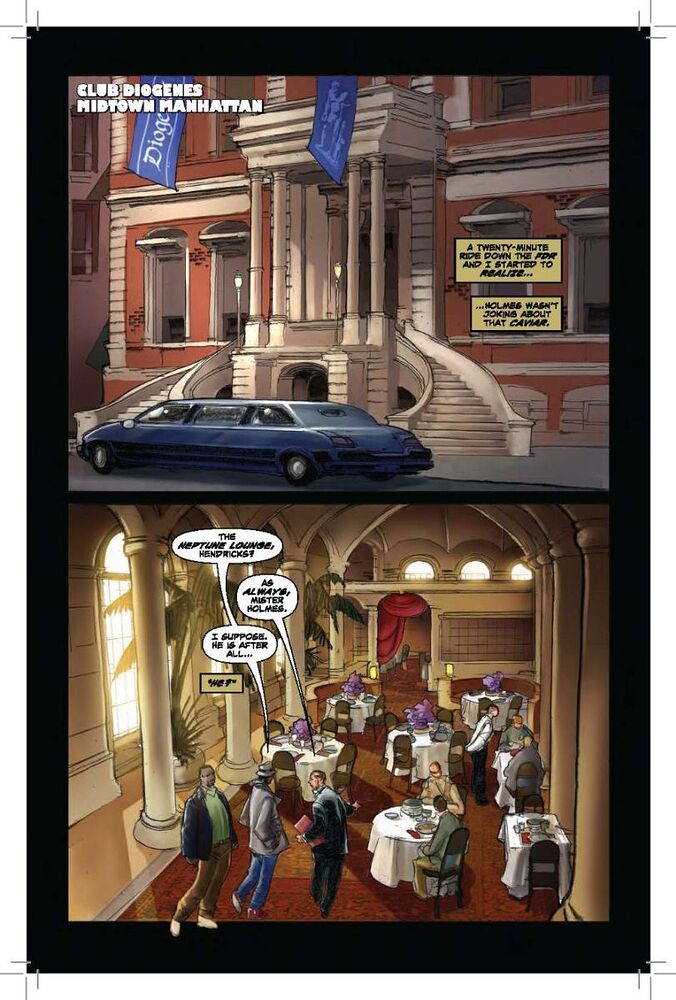 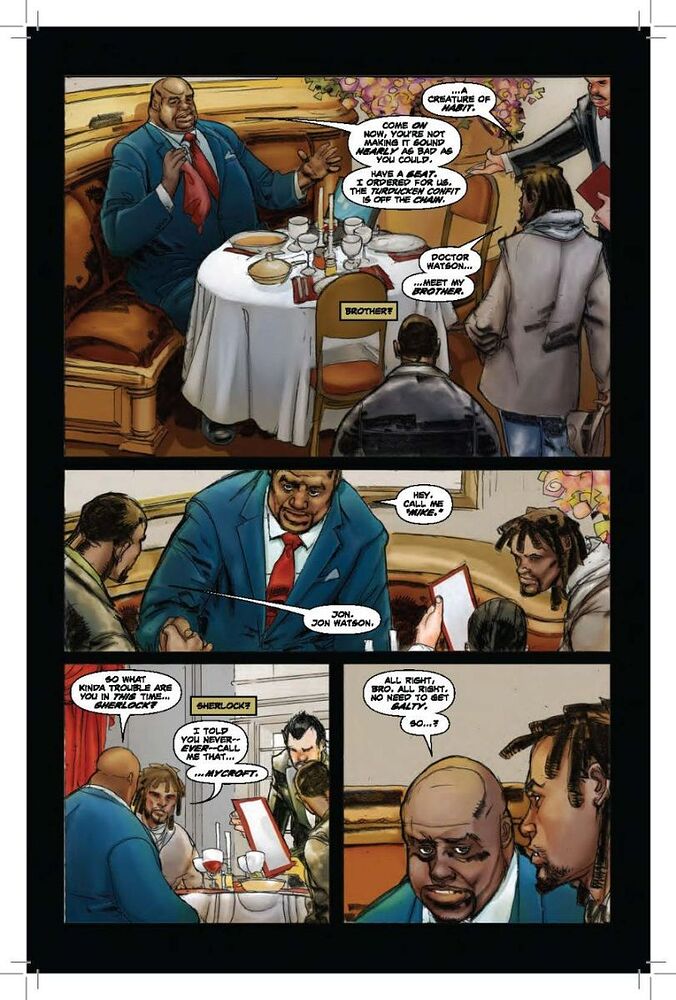 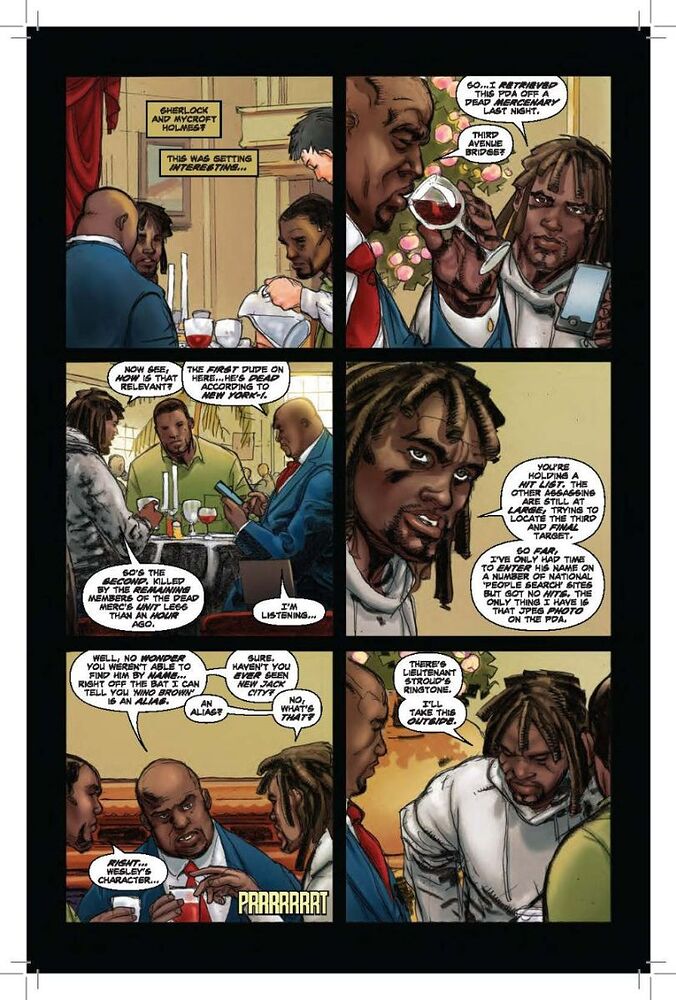 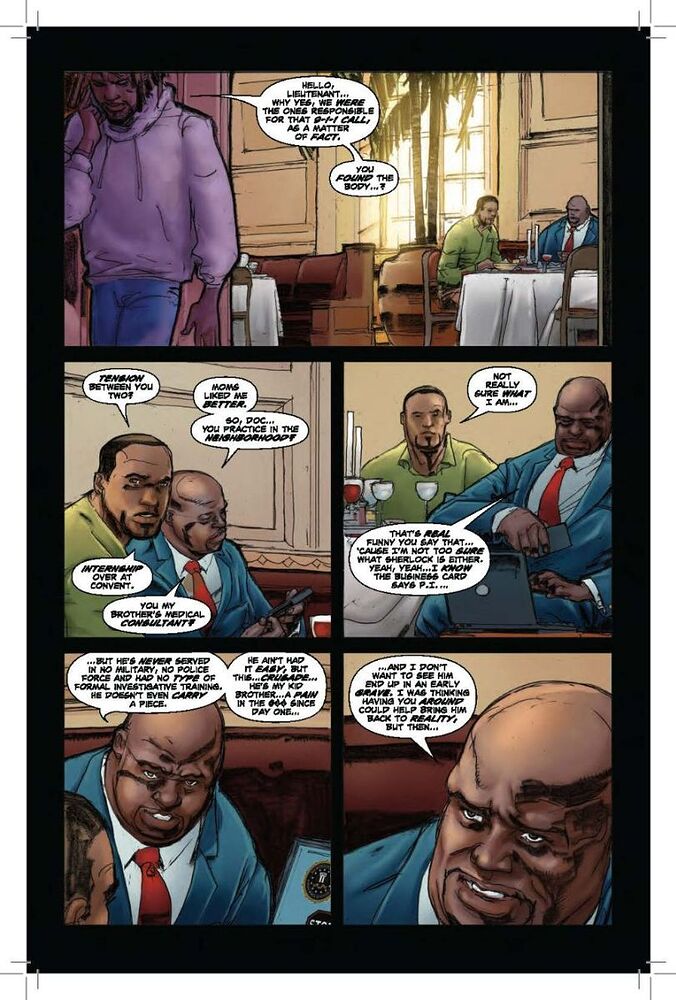