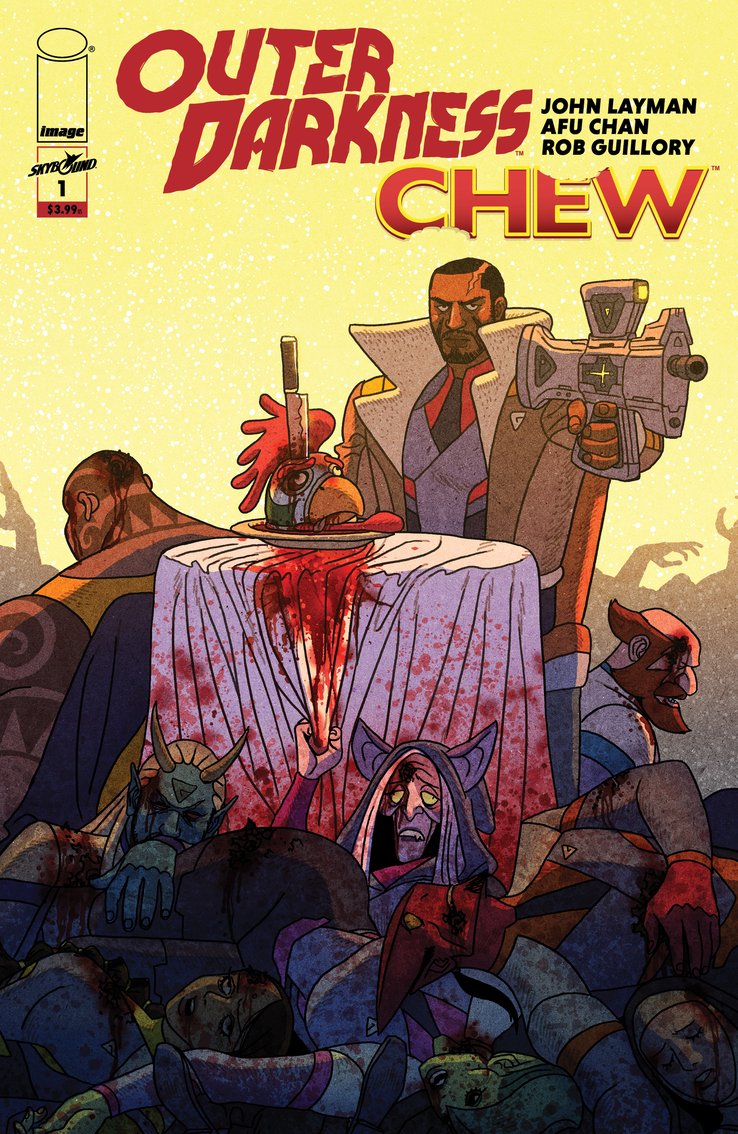 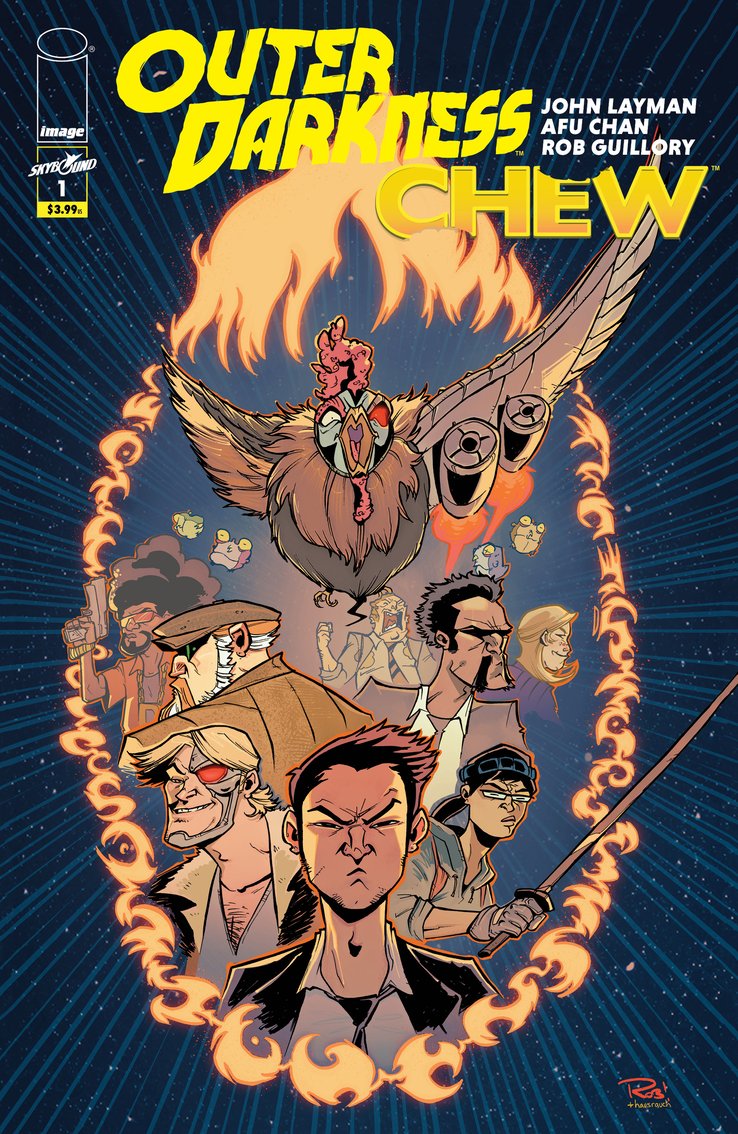 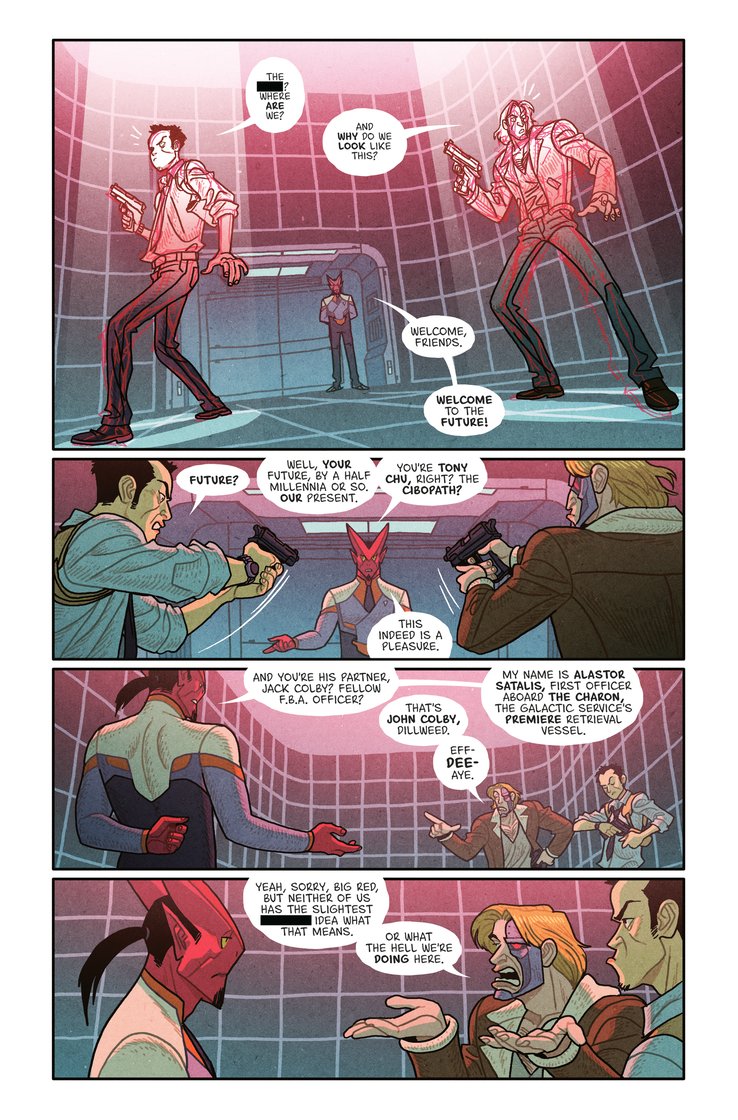 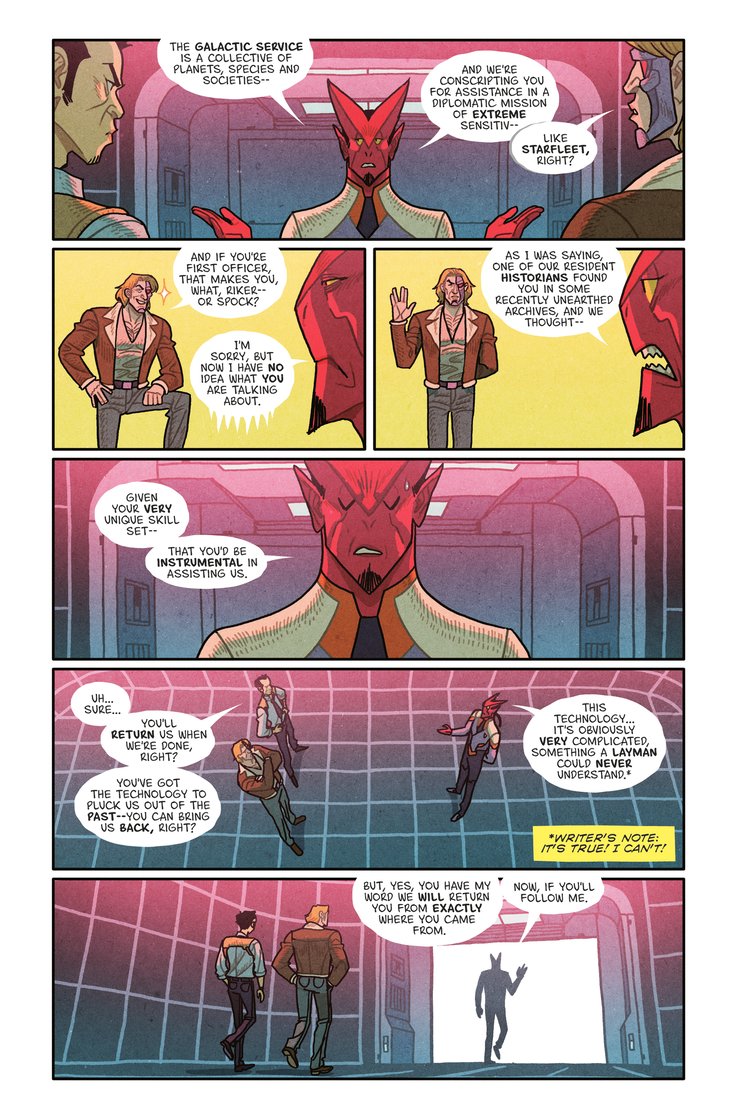 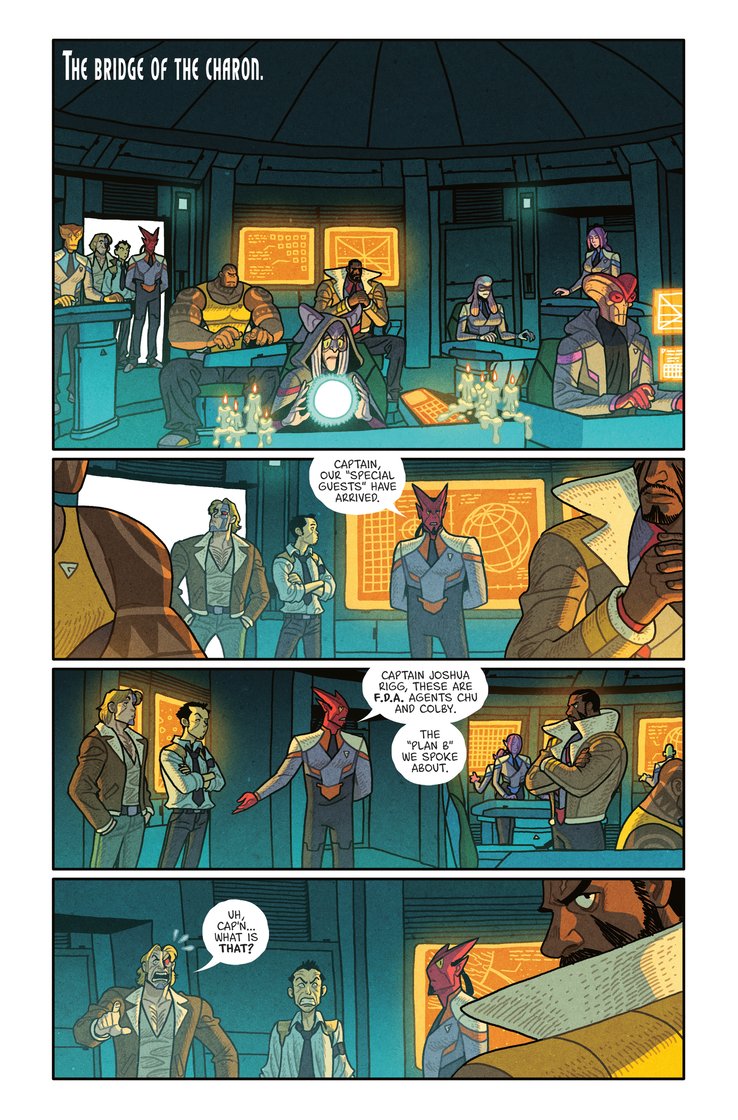 “In the years since finishing the final issue of Chew , the urge to return to the world and its characters has been slowly but steadily growing within me. But I had no interest in returning to some generic ‘Untold Case Files of Tony Chu’ type of story. I wanted to return with a story that goes somewhere new, and says something new about the characters. This crossover will do this. And Outer Darkness , believe it or not, is the ideal vehicle to tell this story. Outer Darkness and Chew are two of my favorite books I’ve ever done, maybe THE favorite books I’ve ever done, and probably the best too. Creatively, combining the two was a dream come true for me. This book is the peanut butter and chocolate of comic book crossovers.” 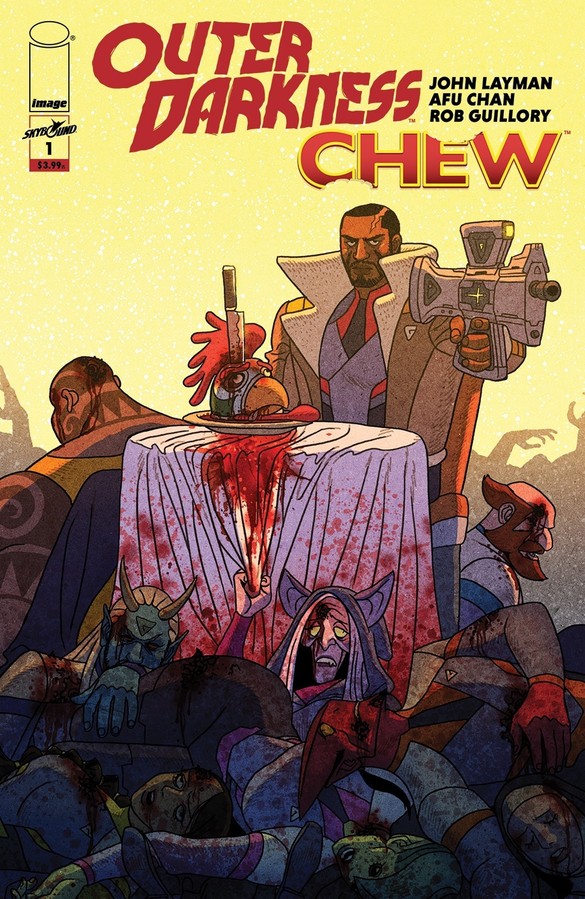 Cover price: $3.99
THE GREATEST CROSSOVER EVER!Tony Chu is a modern-day cop who gets psychic impressions from what he eats. Joshua Rigg is a 28th-century starship captain who flies through an outer space filled with demons, monsters, and ghosts. Sounds like a perfect recipe for a comic book crossover, don’t it? Well, be careful what you wish for, because CHEW/OUTER DARKNESS is warping your way, bringing together the reunited multiple Eisner Award-winning CHEW team, writer JOHN LAYMAN and artist ROB GUILLORY, with OUTER DARKNESS’ regular resident artistic genius, AFU CHAN!
Writer
John Layman
Artists
Afu Chan
Rob Guillory
Cover A
Afu Chan
Cover B
Rob Guillory 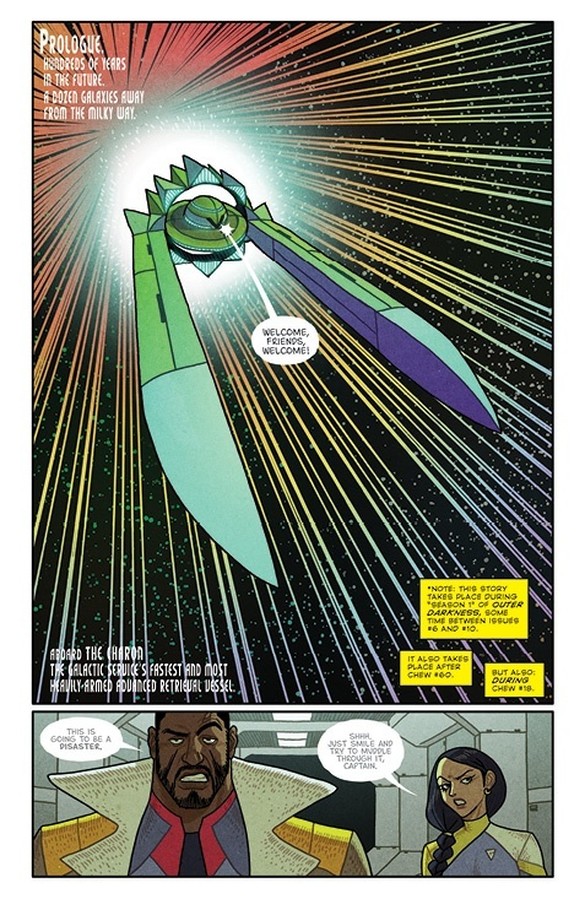 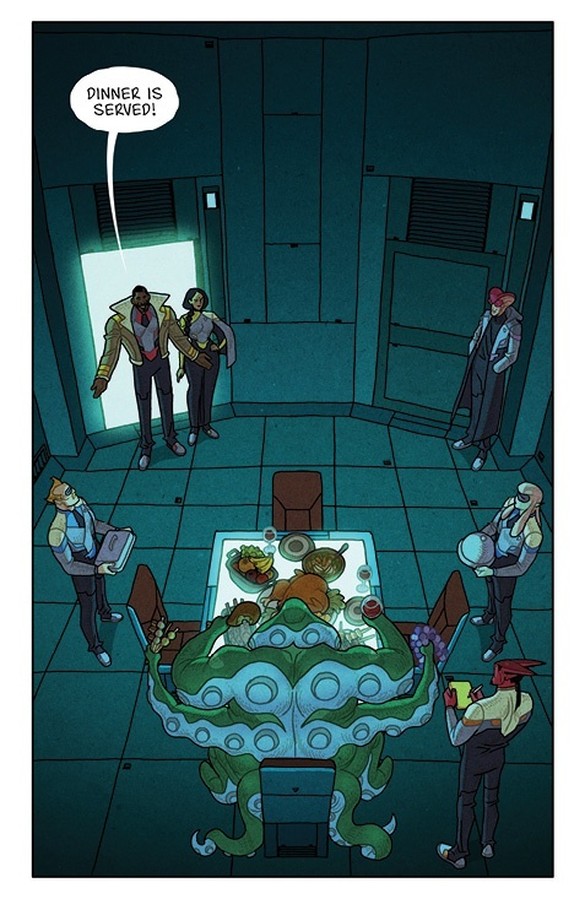 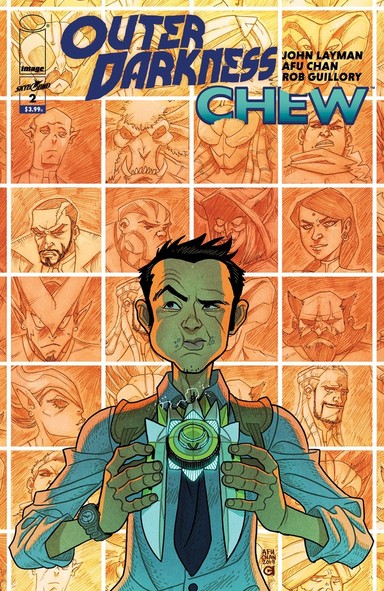 Description: The space-faring crew of the Charon has faced death in all its many forms and fought all manner of creatures dark, diabolic, and demonic. Today, they face their deadliest threat yet. Yes, intrepid space travelers, murder has a name-and that name is POYO! 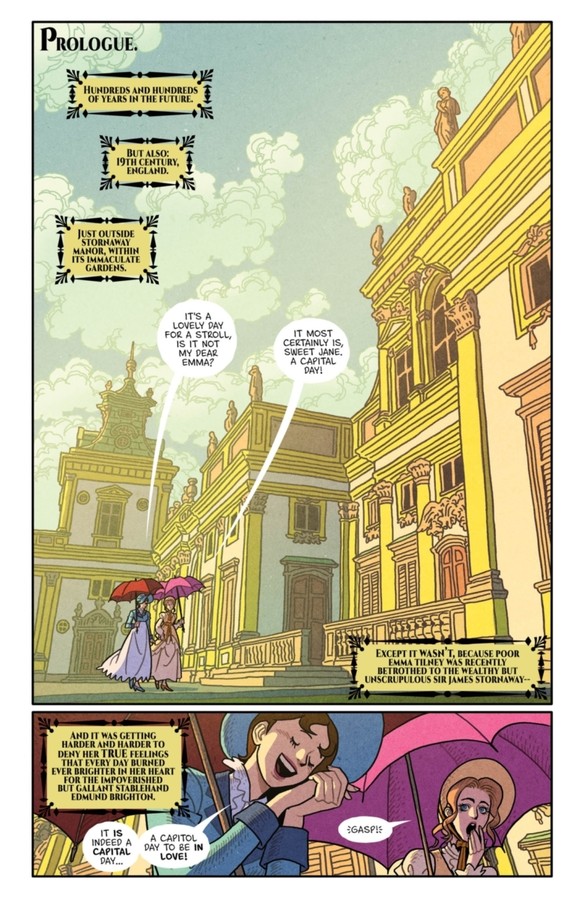 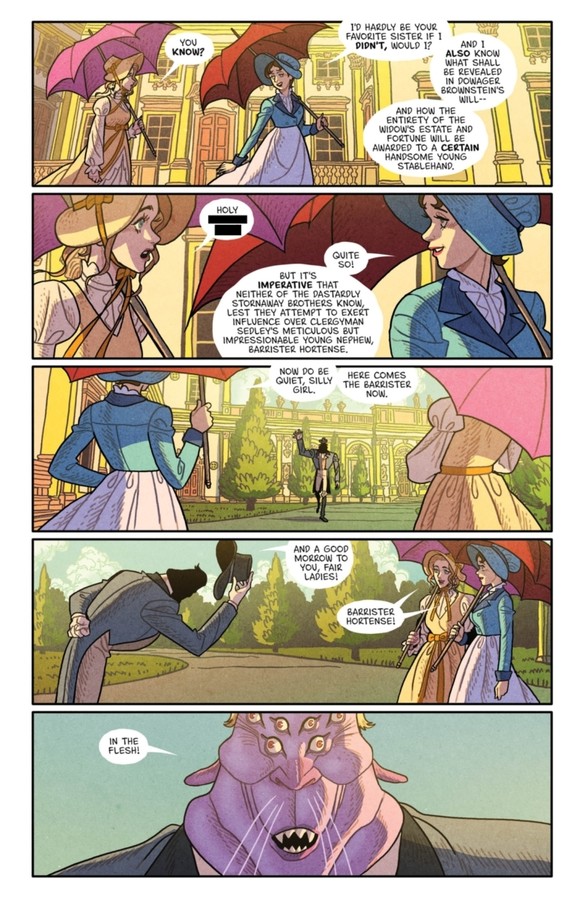 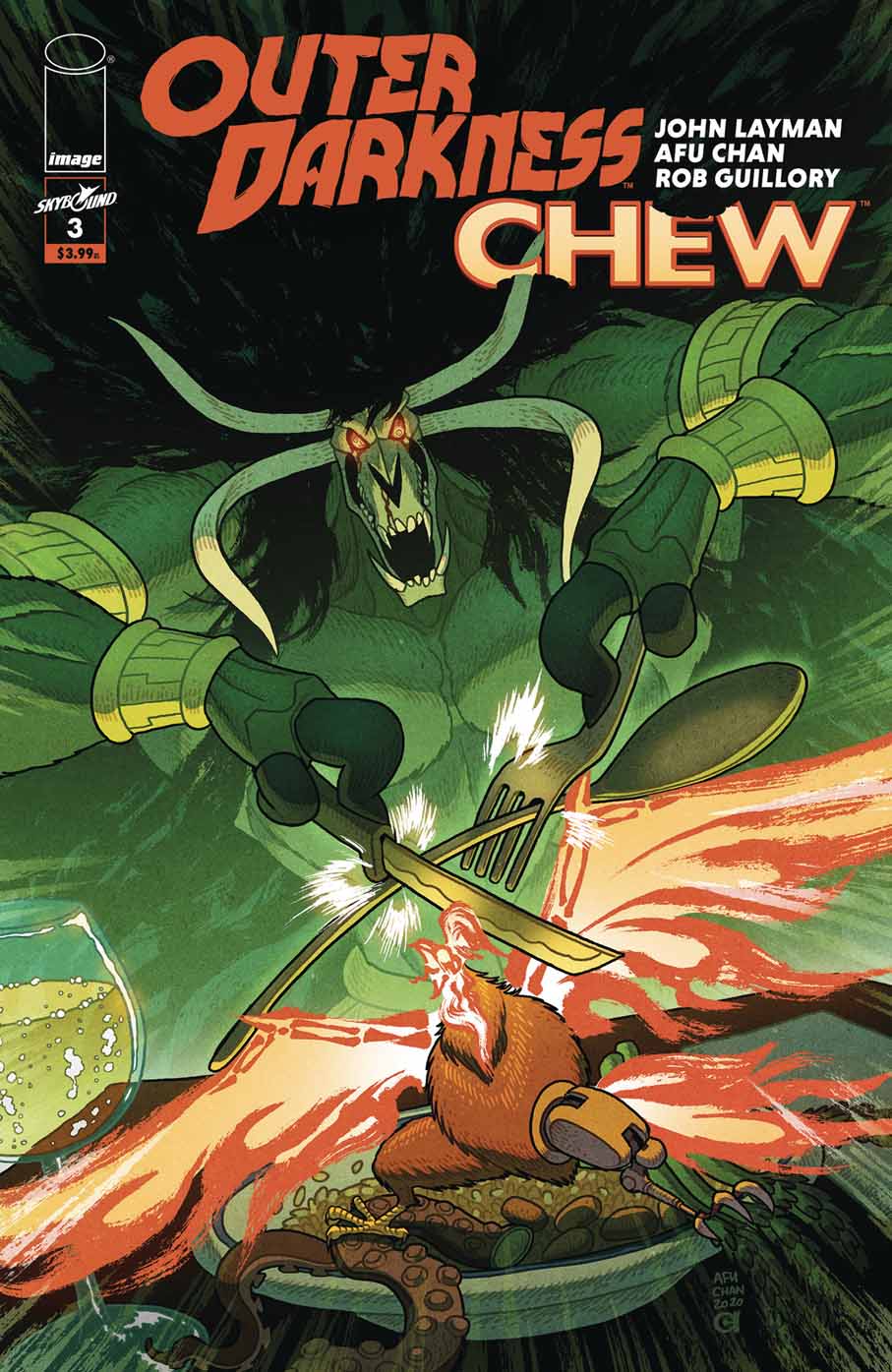 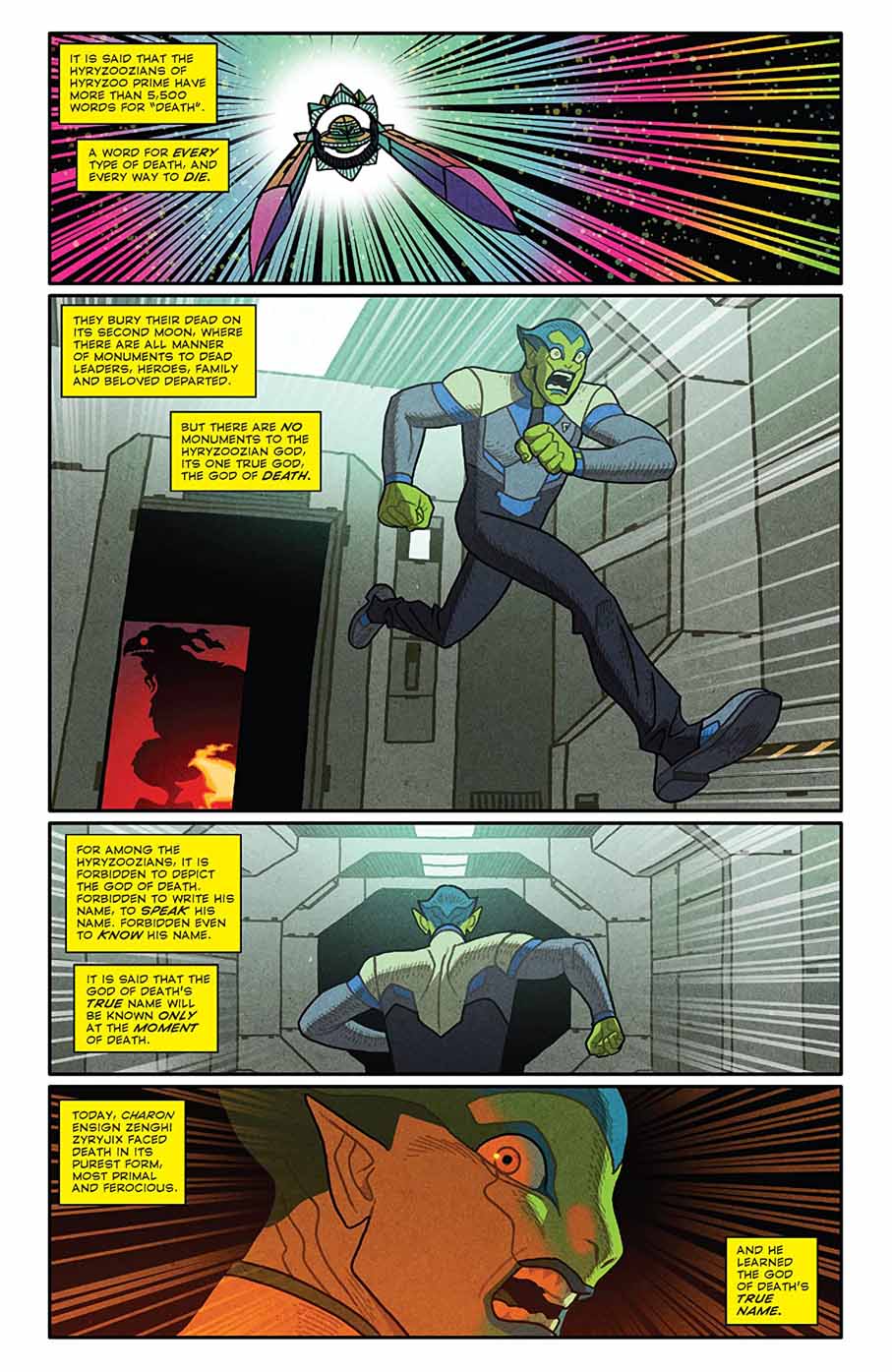 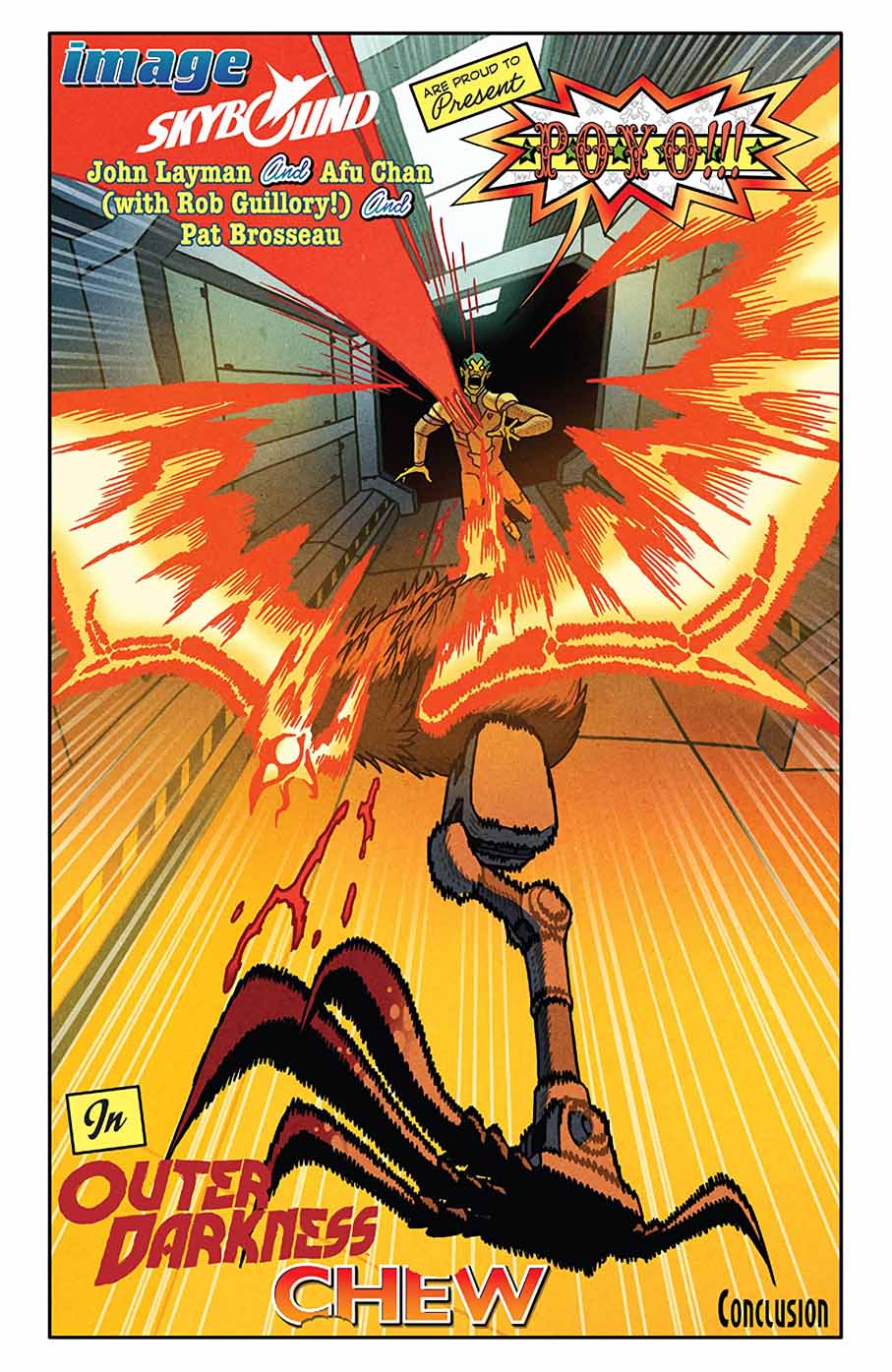