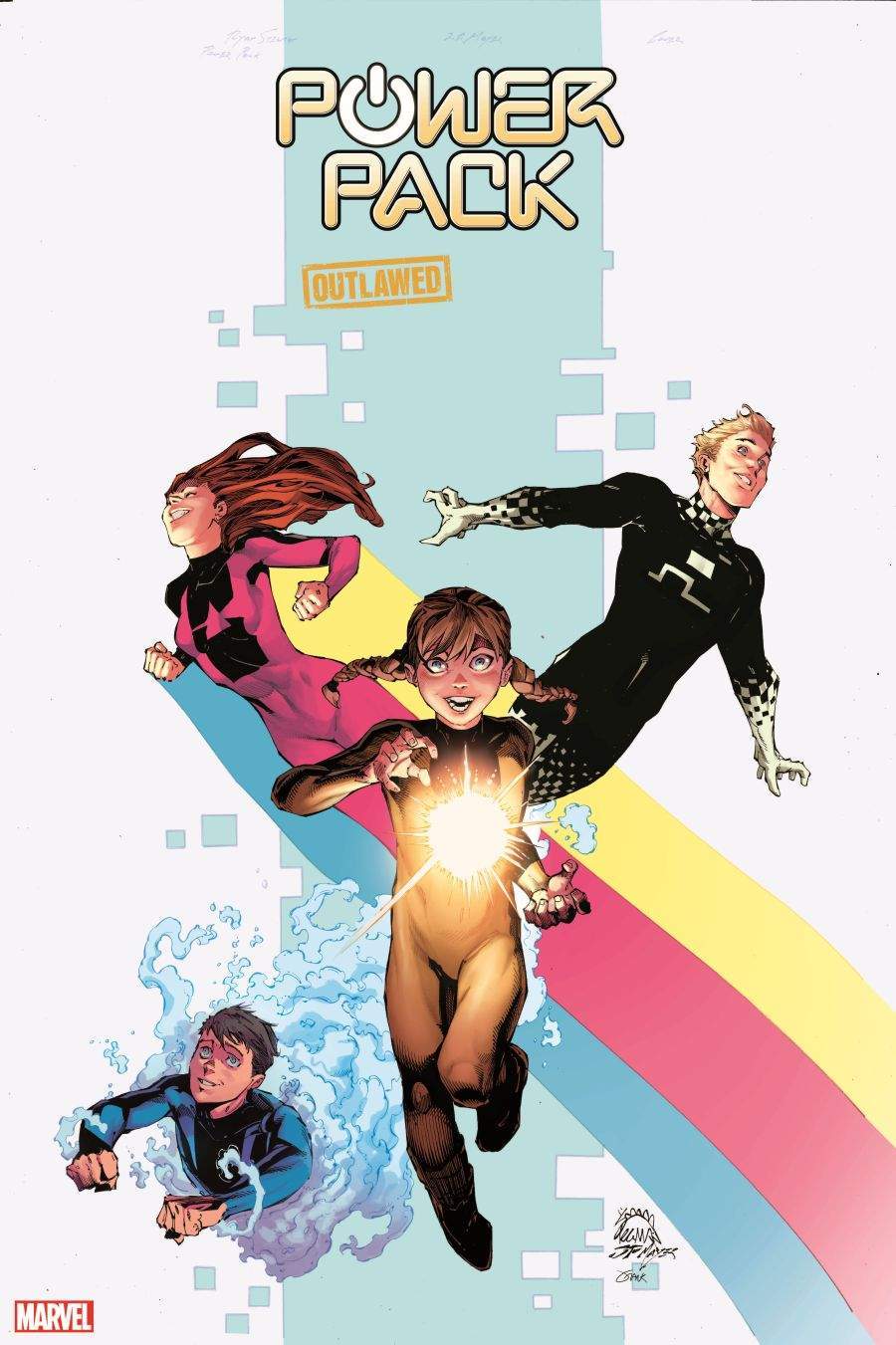 “I loved working with [editor Sarah Brunstad] on Squirrel Girl , so when she asked if I’d be interested in doing a miniseries with her I said YES - the fact I get to work with the Power Pack is just gravy,” North says. “It’s also fun doing a limited series - a story with a complete beginning, middle, and end - because it lets you structure the story differently, to build in things that you just can’t do in an ongoing series. For readers who have loved the Power Pack since their introduction in 1984 to those who maybe haven’t even HEARD of them yet, I hope you’ll check them out. They’re a group of four siblings who get superpowers but still keep all the issues you get when you’re in a group of four siblings, people you love and sometimes hate and have known in some cases your entire life. It’s hard! But it’s also a lot of fun, and that’s what we’re hoping to capture in this story, along with an examination of what being a superhero actually means."

Power Pack is back! Katie, Julie, Jack and Alex Power have been super-heroing since they were learning to tie their own shoes. It’s been ages since they fought side by side as a family, but a special occasion — and an old grudge — is about to put the gang back together. There’s just one teeny tiny hiccup: a brand–new law restricting underage super heroes! But surely, if the fate of all New York City is at stake, the powers that be will make an exception? Keep your fingers crossed as the Power siblings fight for their right to save the world! 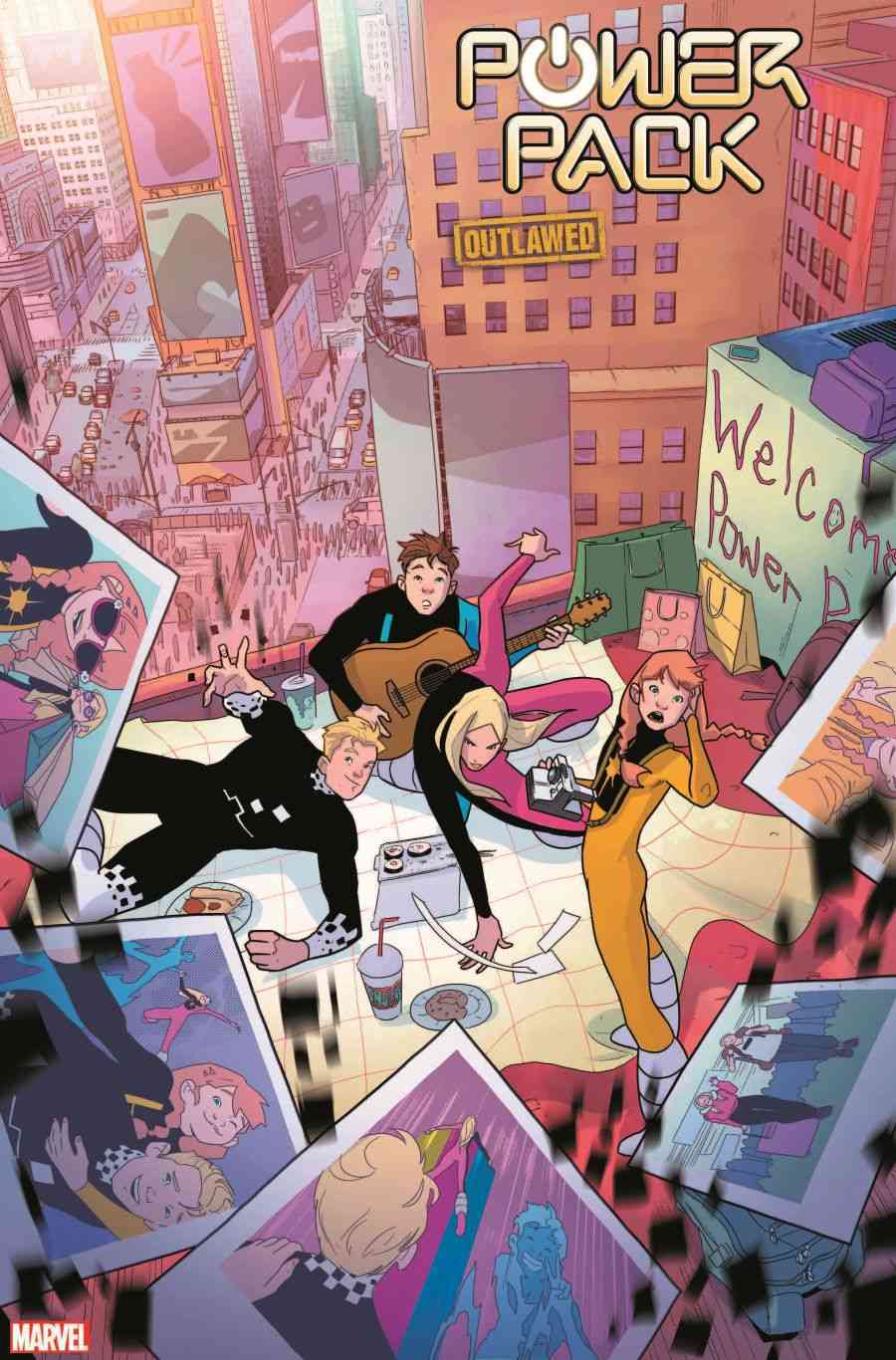 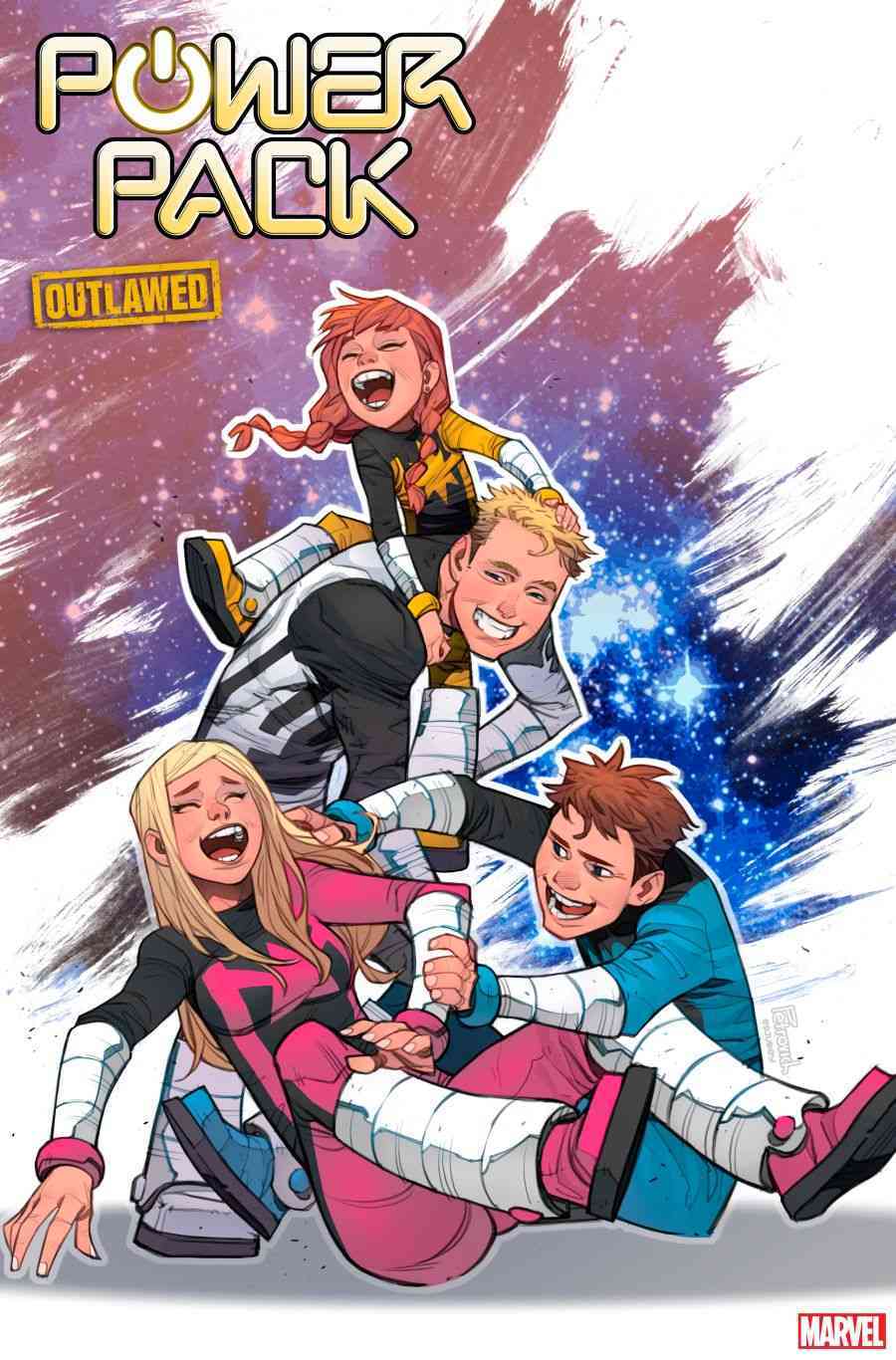 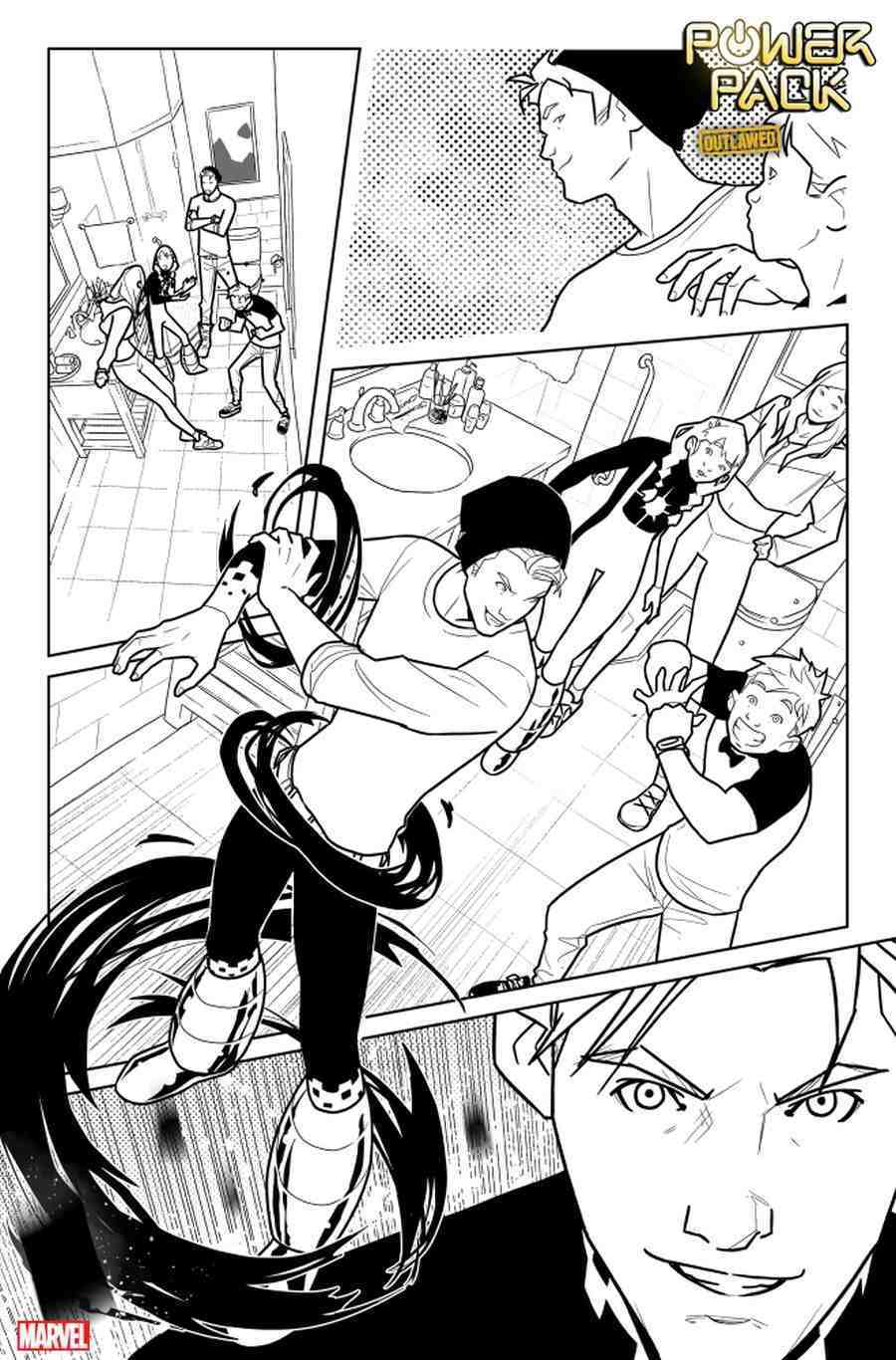 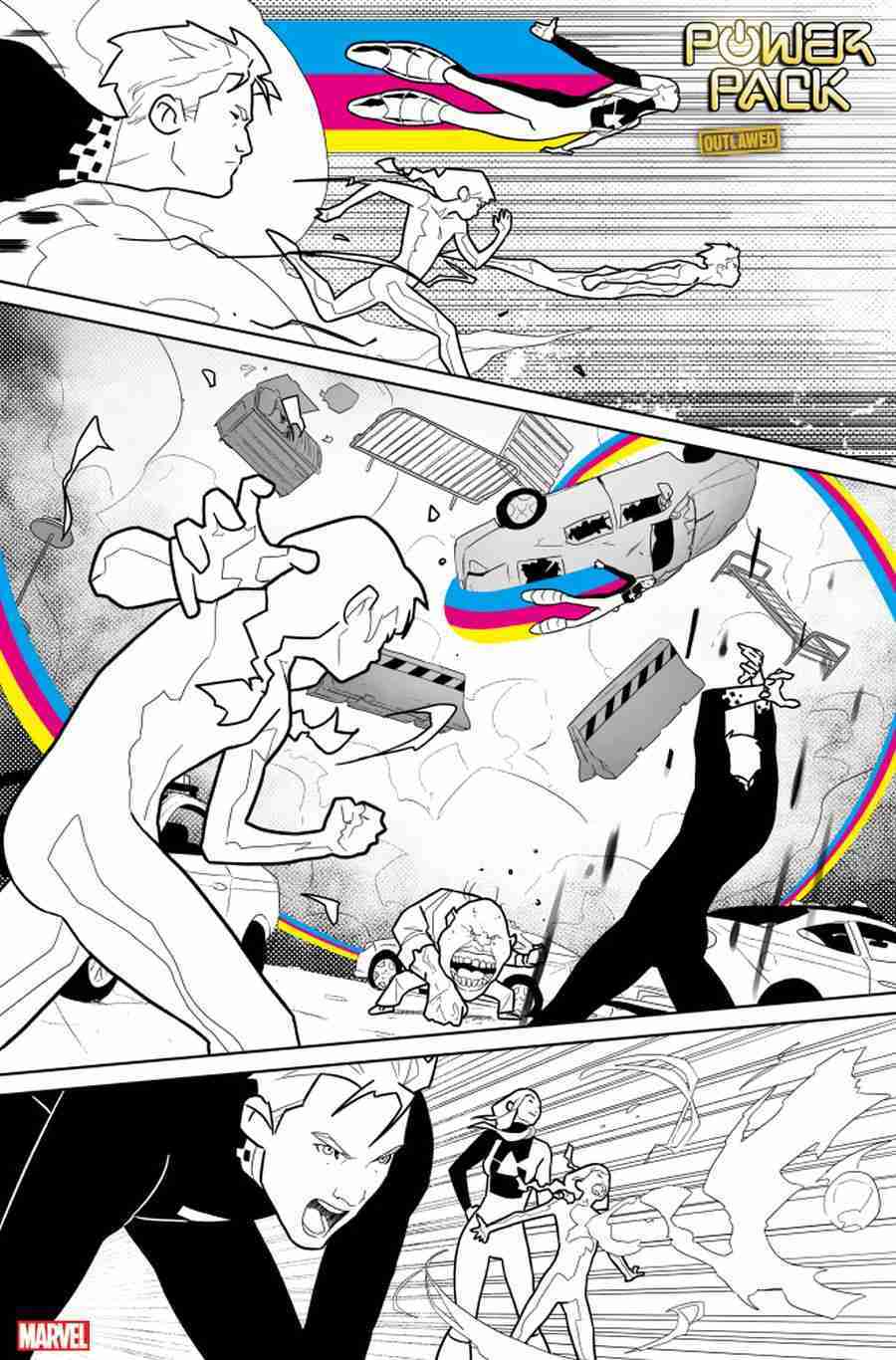 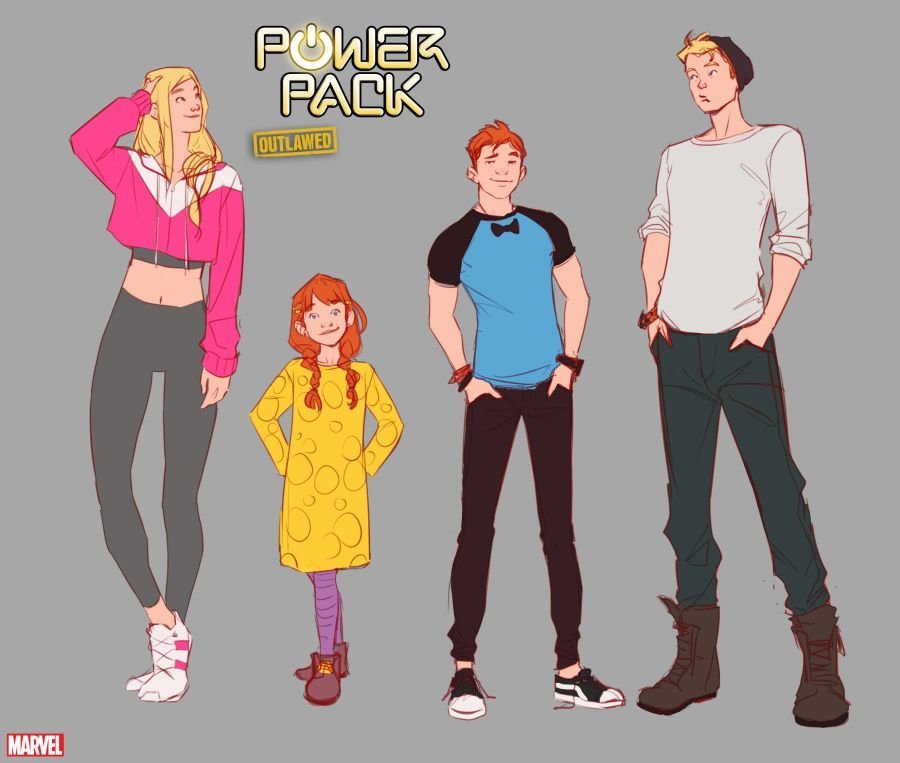