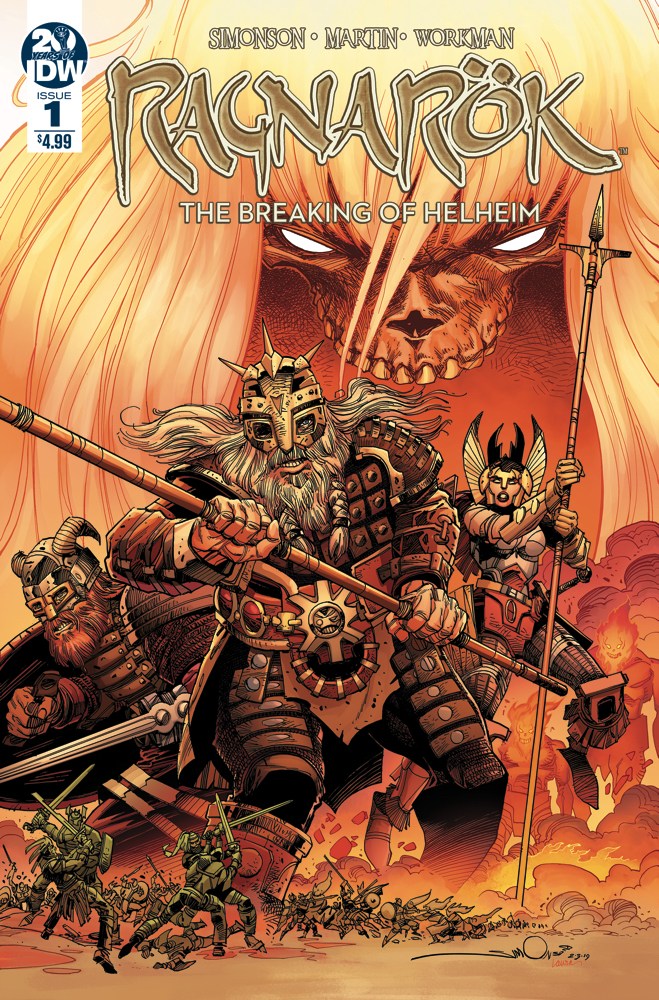 Ragnarok: The Breaking of Helheim #1

In the end, the gods gathered together and met their foes on the Battle Plain of Vigrid. There, so the stories tell, the gods and their great enemies slaughtered each other, the stars fell from the sky, Midgard itself sank into the all-encompassing ocean, and the Nine worlds were destroyed. In this issue, Thor hears a voice out of the past and learns that not all the old stories are true, and that the path before him now leads to Helheim, the land of the Dead.

Walter Simonson, legendary creator of Star Slammers, Manhunter and the Alien film adaptation (with Archie Goodwin), and the definitive version (after Stan and Jack) of Marvel’s Thor, presents the next thrilling chapter of his own post-Ragnarok Thor saga! 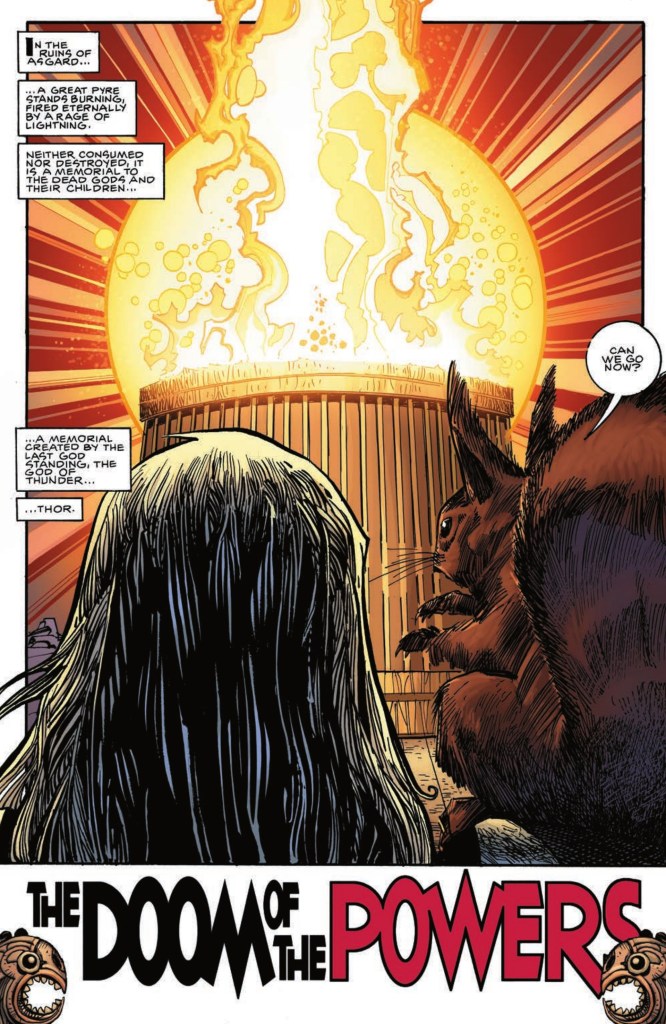 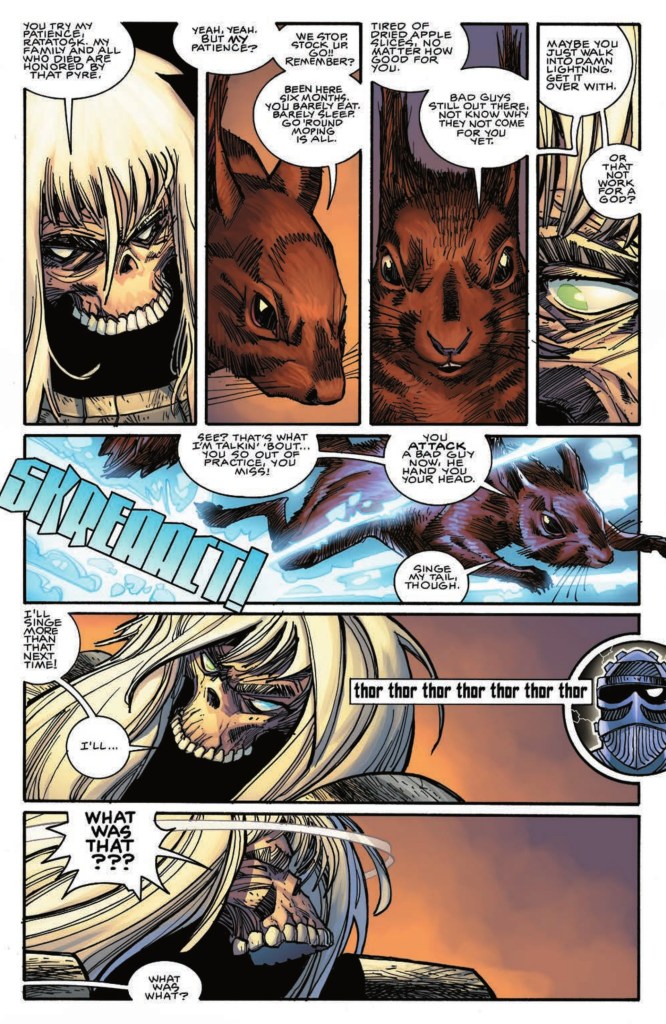 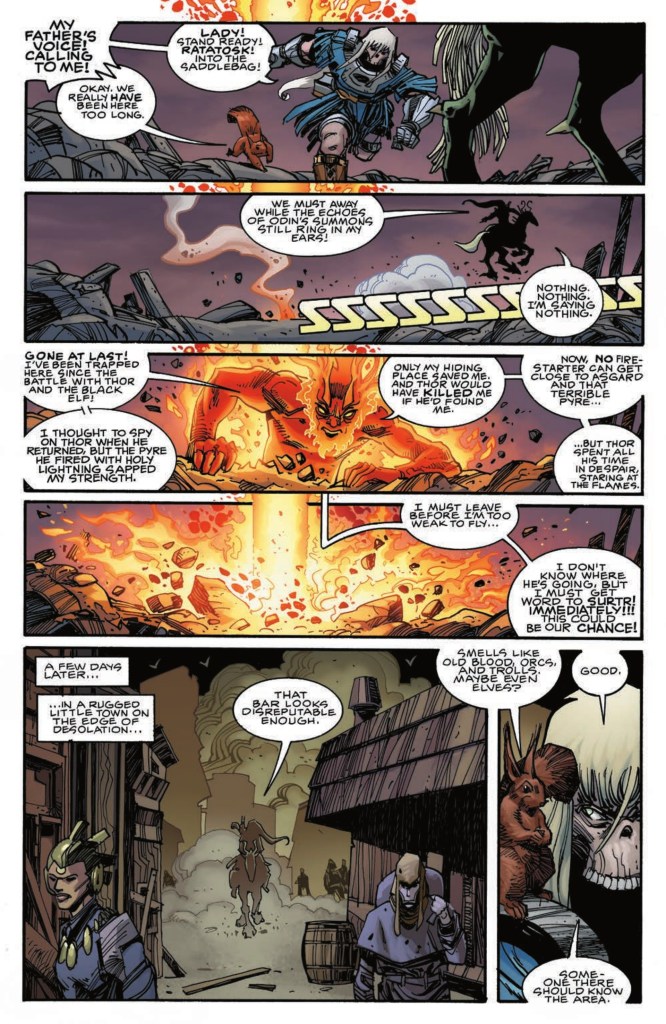 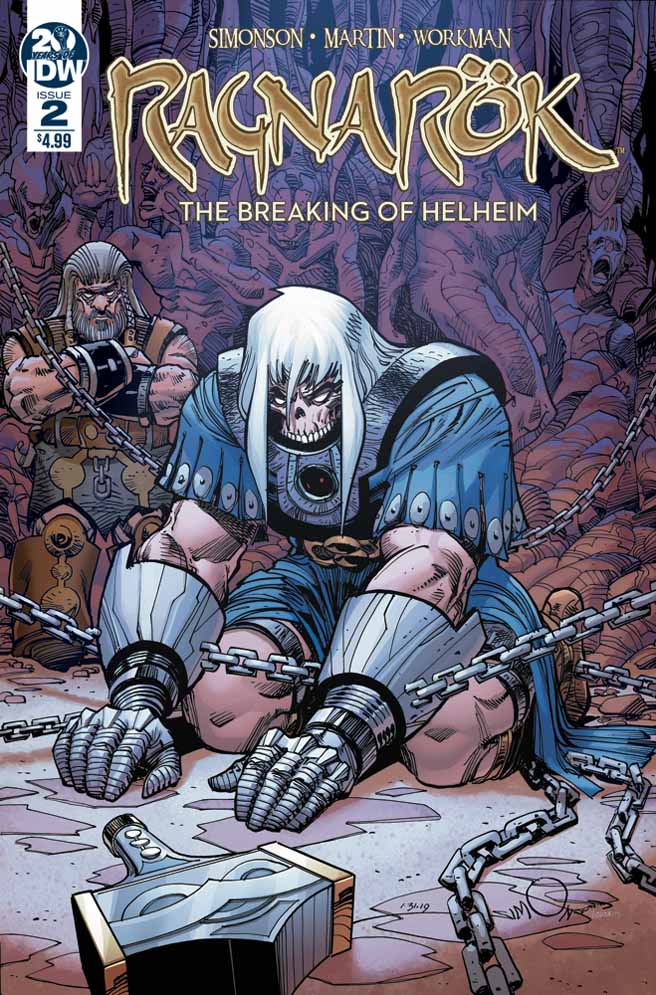 RAGNAROK: THE BREAKING OF HELHEIM #2

Description: Thor begins his descent into the Kingdom of the Dead, but finds the way blocked by a titanic Hall rising before him on the rim of Helheim. Guarded by both the living and the dead and ruled by the iron hand of a would-be god, it hides beneath its deepest dungeons a secret powerful enough to shatter the very foundations of the Dusklands. 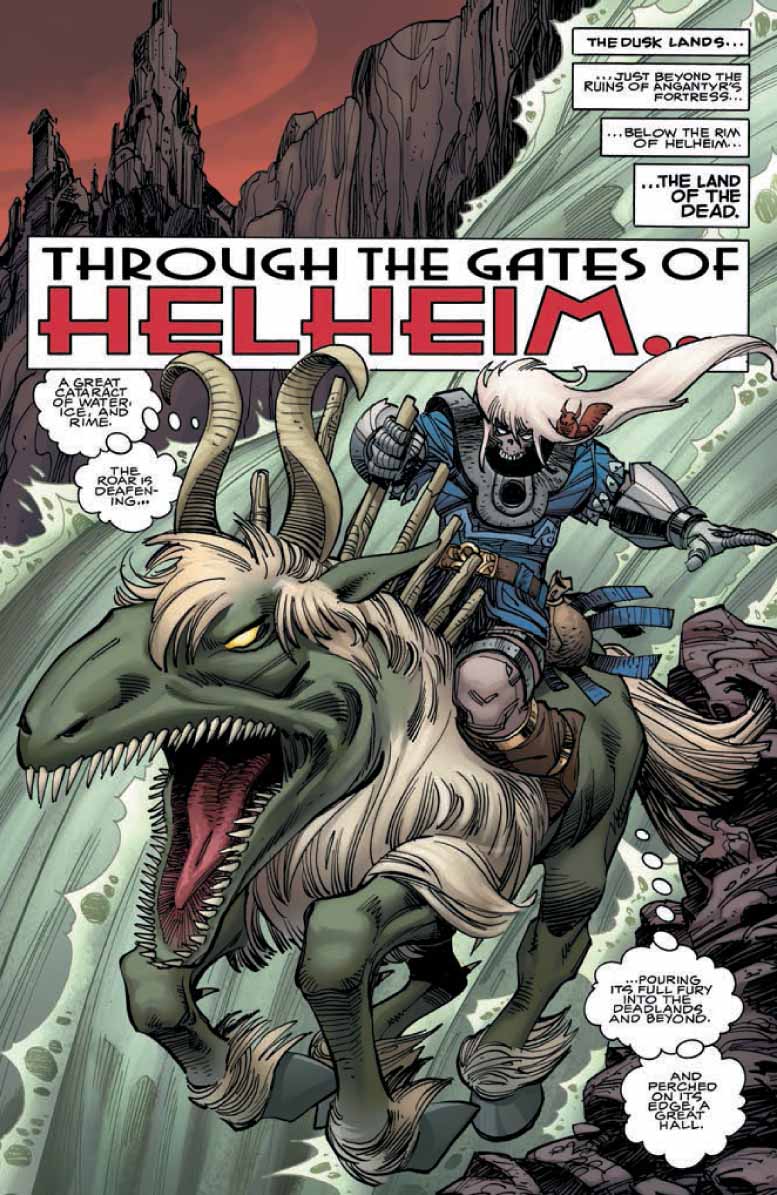 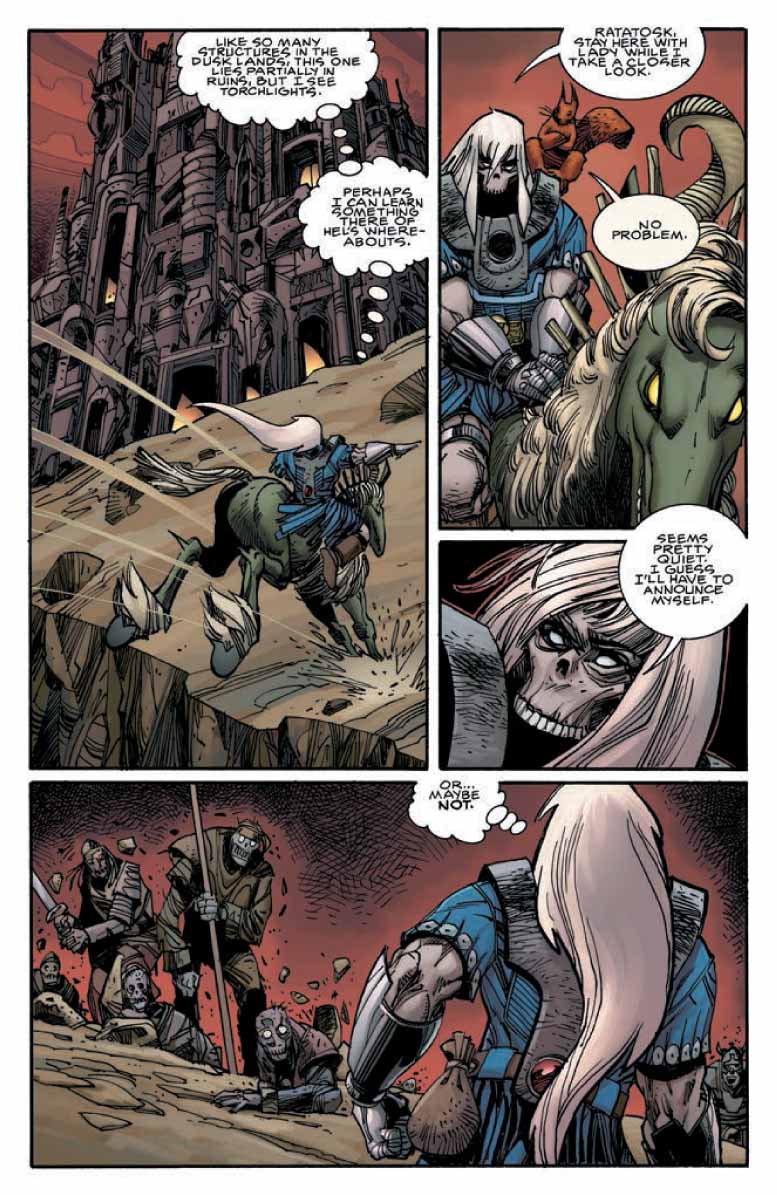 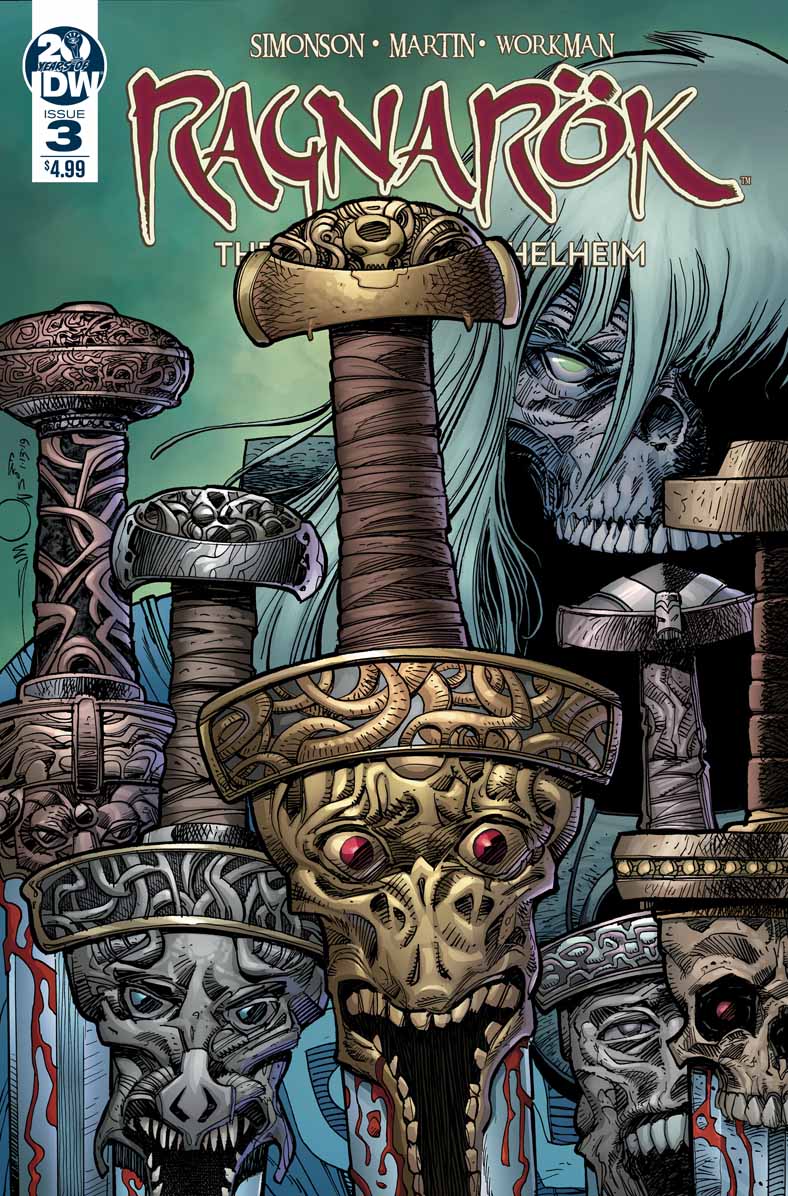 RAGNAROK: THE BREAKING OF HELHEIM #3

Description: As the Great Enemies plot to destroy the God of Thunder, the last of their ancient foes, Thor fights to free slaves laboring in a deadly mine on the rim of Helheim, the kingdom of the dead. The recovered ore is being turned into magical sword blades that will enable the despotic ruler of the upper levels of Helheim to conquer the Dusk Lands with fire and blood. 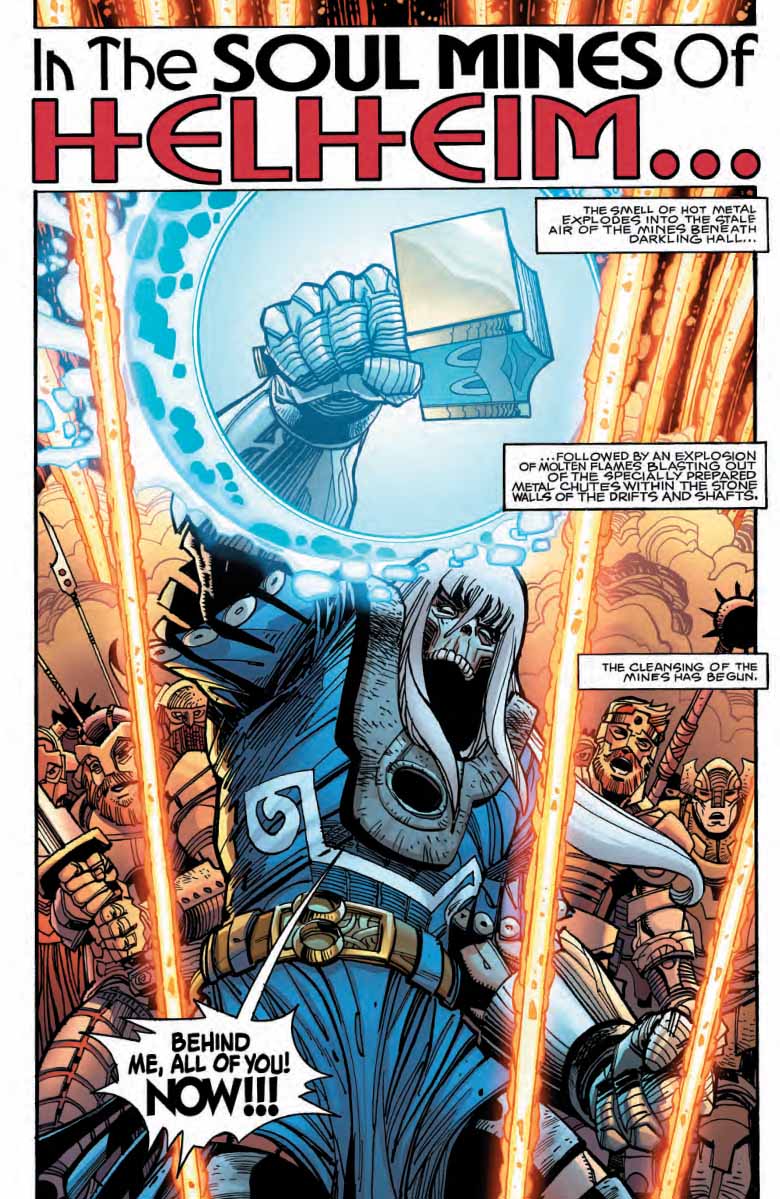 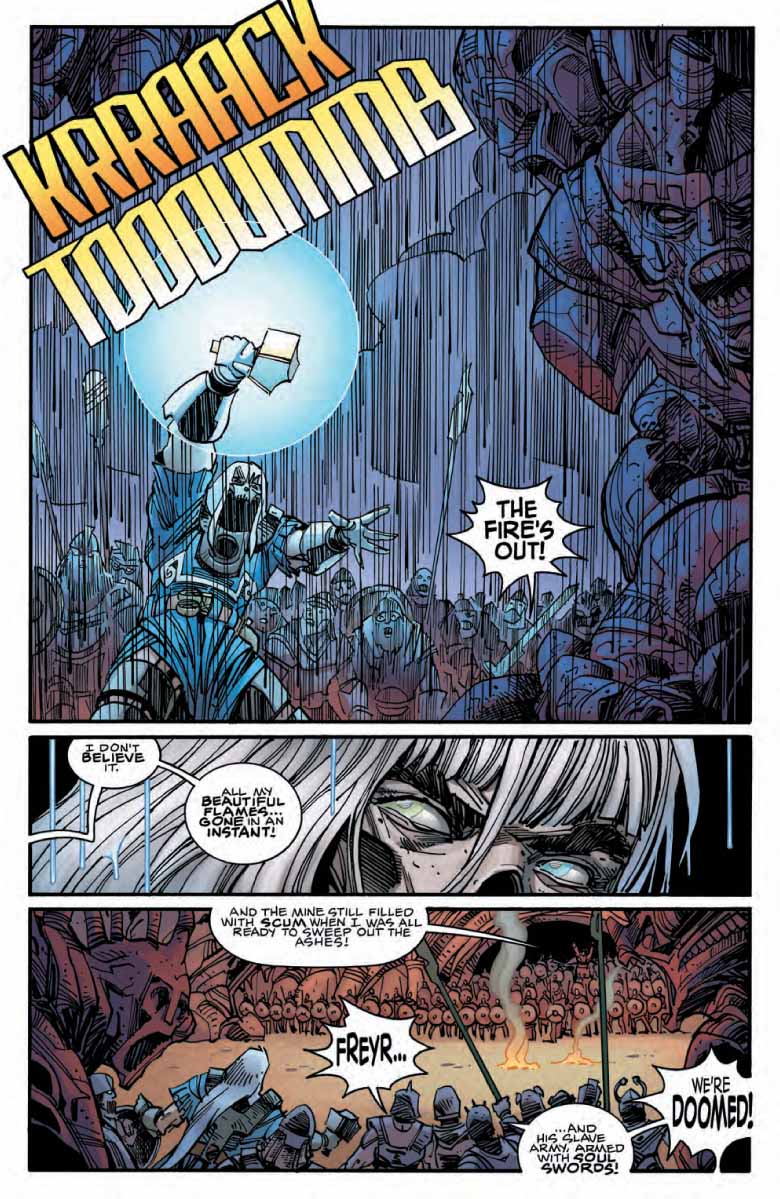 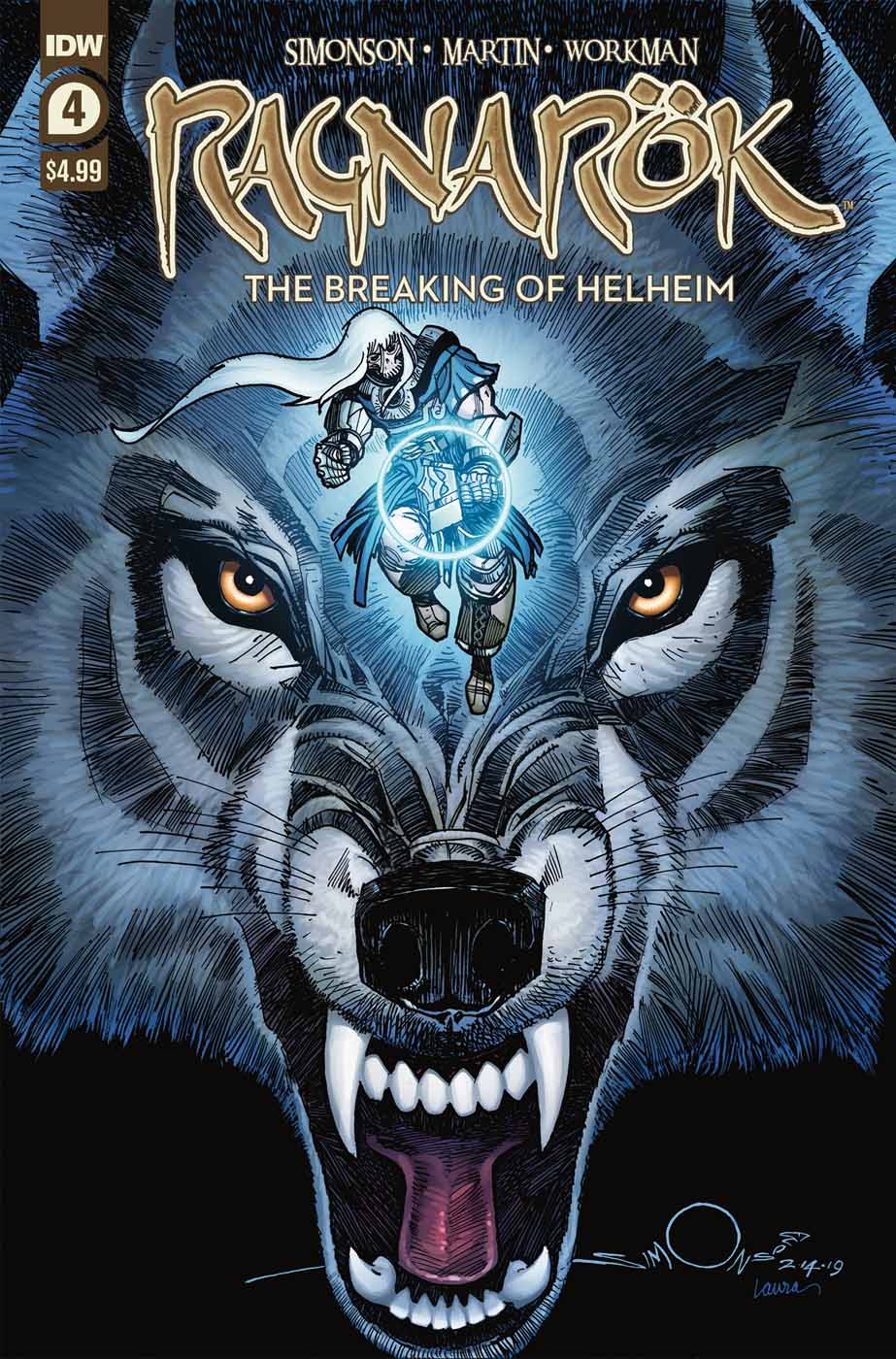 RAGNAROK: THE BREAKING OF HELHEIM #4

Description: As Thor travels deeper into the monstrous canyons of Helheim, he encounters a wild pack of ferocious wolves, larger than any he has seen before. They bear him a terrible grudge and reveal a hitherto unknown secret of the final battle between the gods and their enemies, a secret that has stretched across the centuries since the fall of the gods. And it could spell death-the real death-for Thor. 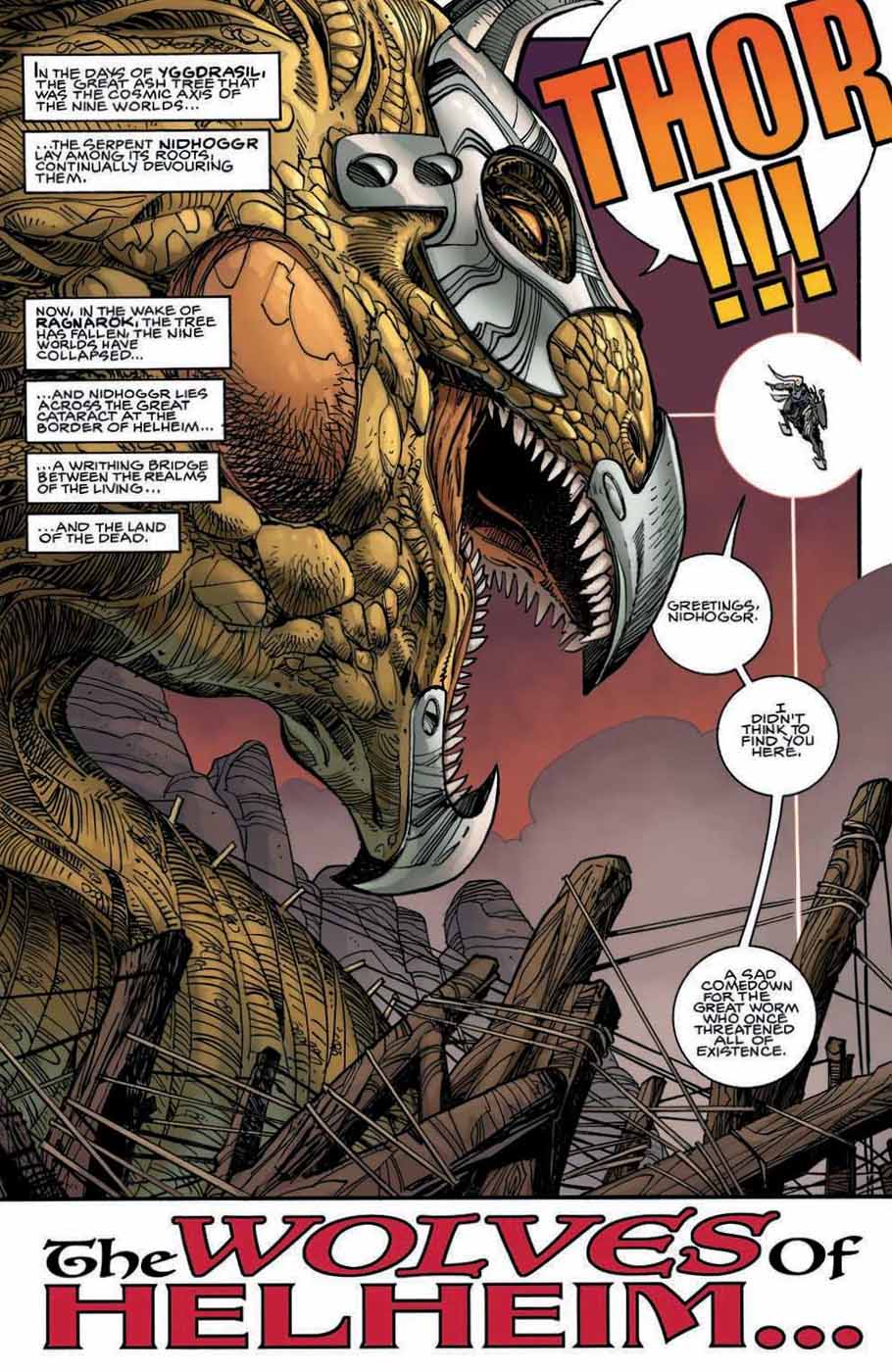 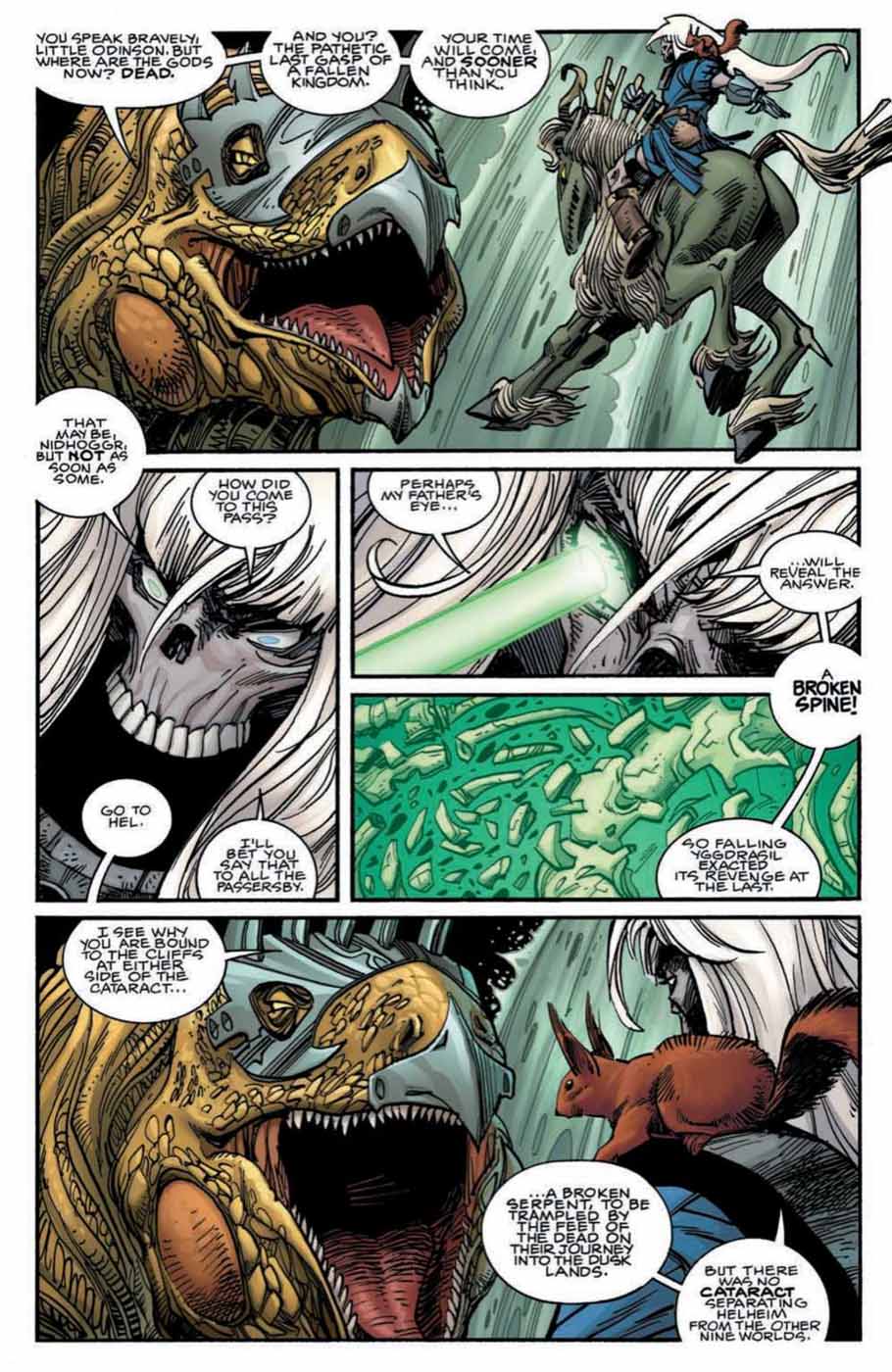 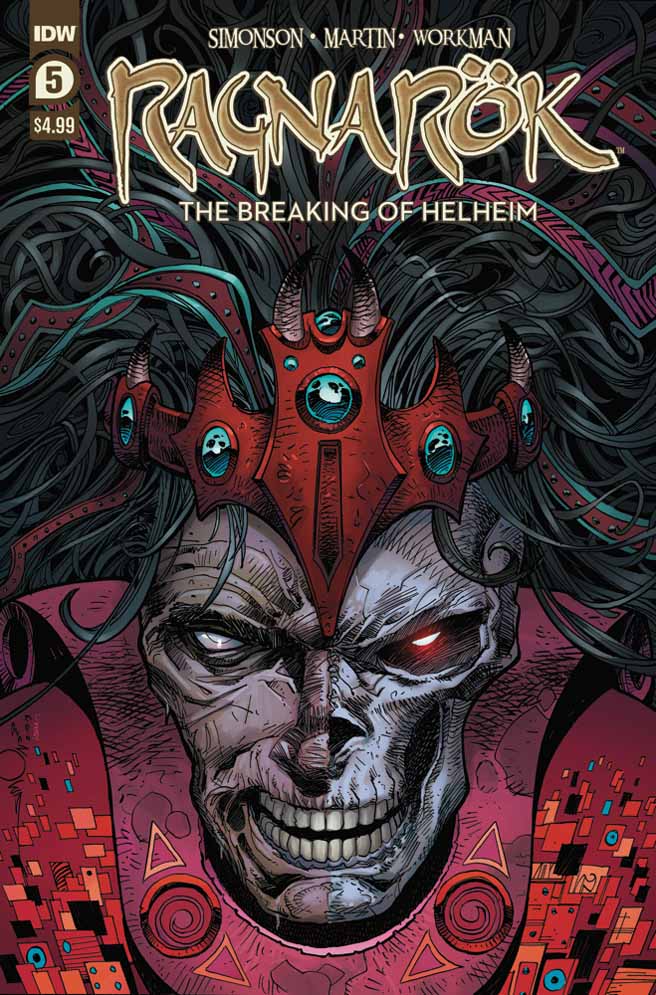 RAGNAROK: THE BREAKING OF HELHEIM #5

Description: In the uttermost depths of Helheim, Thor and Ratatosk reach their goal and discover the fate of the ruler of the dead, Hel herself. She offers a bargain to the God of Thunder, but is any bargain with the daughter of Loki worth the price? And Ratatosk makes a discovery that threatens to break all bargains, something hidden in Helheim that even Hel herself fears. 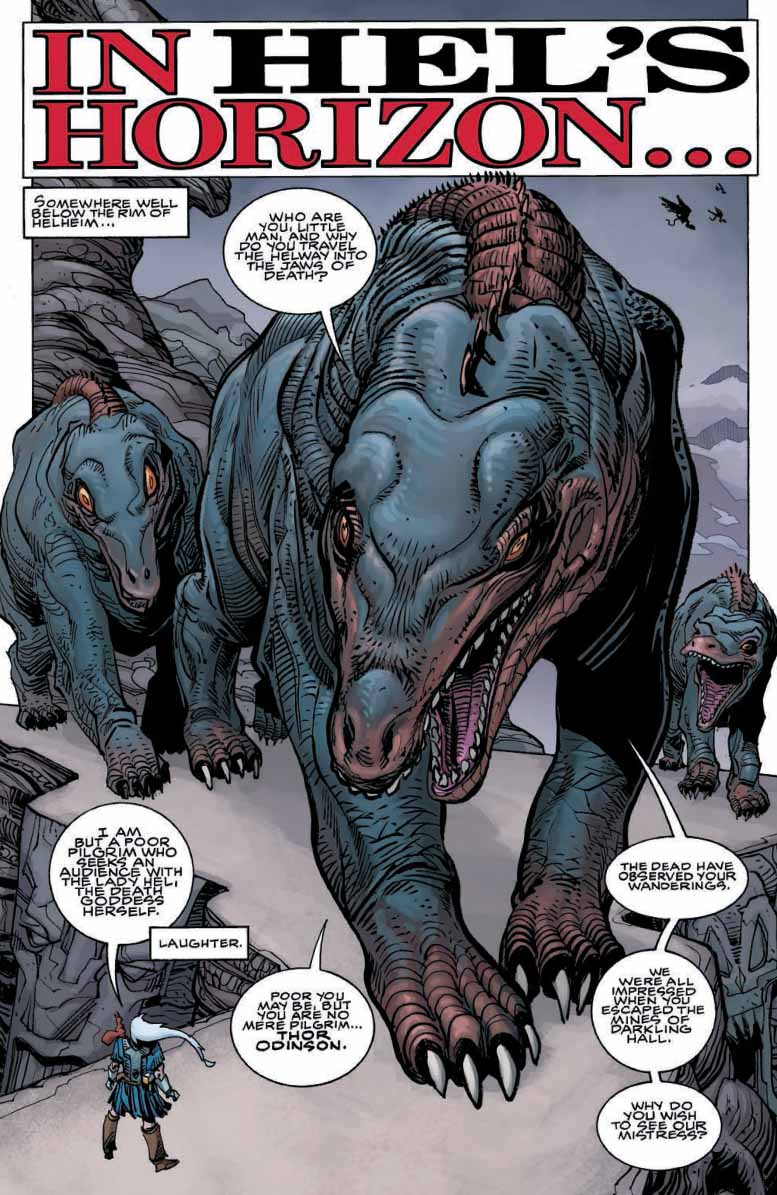 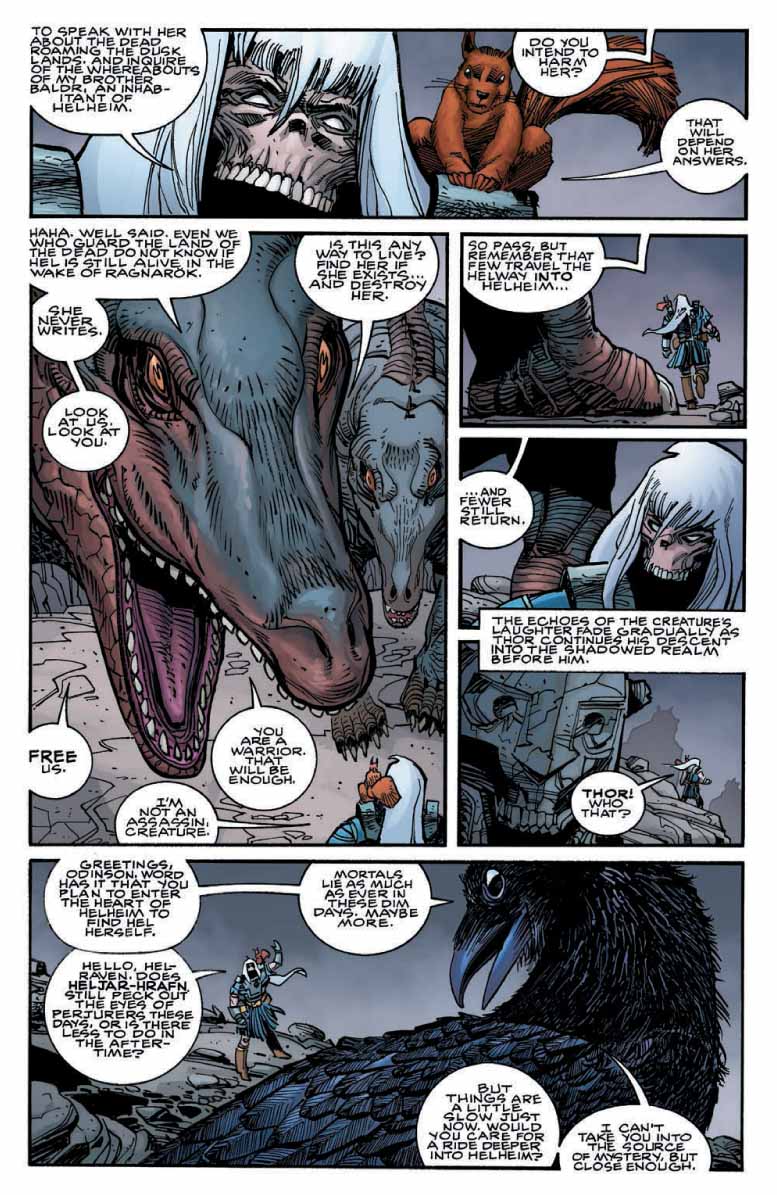