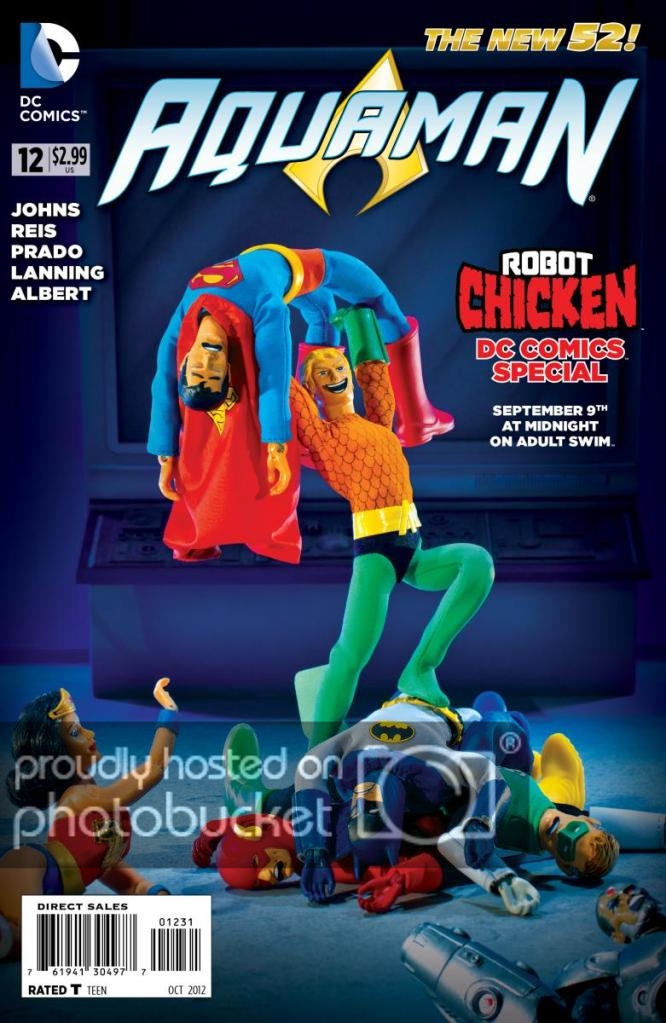 Robot Chicken is teaming up with DC Comics again for a third rendezvous with villains and heroes in the Robot Chicken DC Comics Special III: Friendship Is Magic. The special and season eight of the Emmy Award®-winning series will premiere this fall on Adult Swim.

Robot Chicken season eight has begun production with plans to get eight times the normal number of superstar actors to provide their voices for the show. (Correction: The previous sentence is financially impossible. Robot Chicken will feature our normal number of famous voice actors, which is a lot.)[/quote]