It’s very much a story of a younger man written by an older man. I think that some of that understanding David comes to is just him arriving at places I’ve already been having lived longer. Because of the 200 days, his learning process has accelerated much like his expiration date. He has to learn faster. I wouldn’t want to exaggerate too much my part of David, that is, how much of me is in David. There is much more of Ivy in Meg than there is of me in David. If I’m going to sit down and write an artist that’s going to have qualities in common with me: He’s a little obsessive-compulsive and maybe a little ADHD (I think I am, too). He has a real work ethic. I worked eleven hours a day in the first two years and then maybe fourteen hours a day in the last two years, and that’s seven days a week. So we have some things in common, but it’s not meant to be about us – myself and my wife – but they breathe, stand, and walk because they have this nearest source of energy. 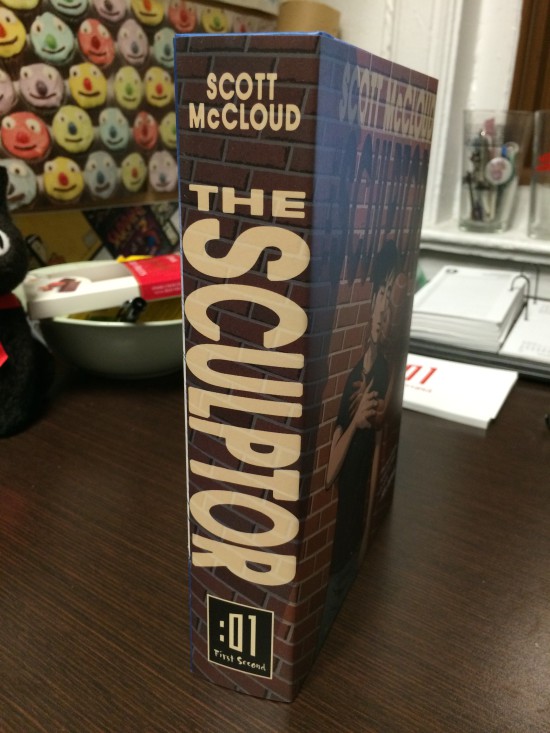 [quote]Well, I’ve gotten that sort of impact, that feeling and emotion from many different kinds of media. Music, certainly. Throughout my whole life, there’ve been pieces of music that have had that effect on me. And movies, certain movies. And occasionally comics. It saddened me that I didn’t have quite as many memories of comics doing that for me…one that did was Jim Starlin‘s Warlock, I think it might’ve been issue #9. And granted, I was only fifteen years old, I don’t know that I would’ve necessarily had that same reaction at the age of forty, but that definitely was a powerful feeling, reading that particular book.

Aside from that, I think one of the more moving comics I read was a short story by Carol Tyler called “The Hannah Story” [from Drawn & Quarterly #1, 1994] – I remember that one really hit me emotionally. And there have been a few others. But I would like to see more comics carry an emotional wallop, and I guess this was my bid to put one on that list.[/quote]