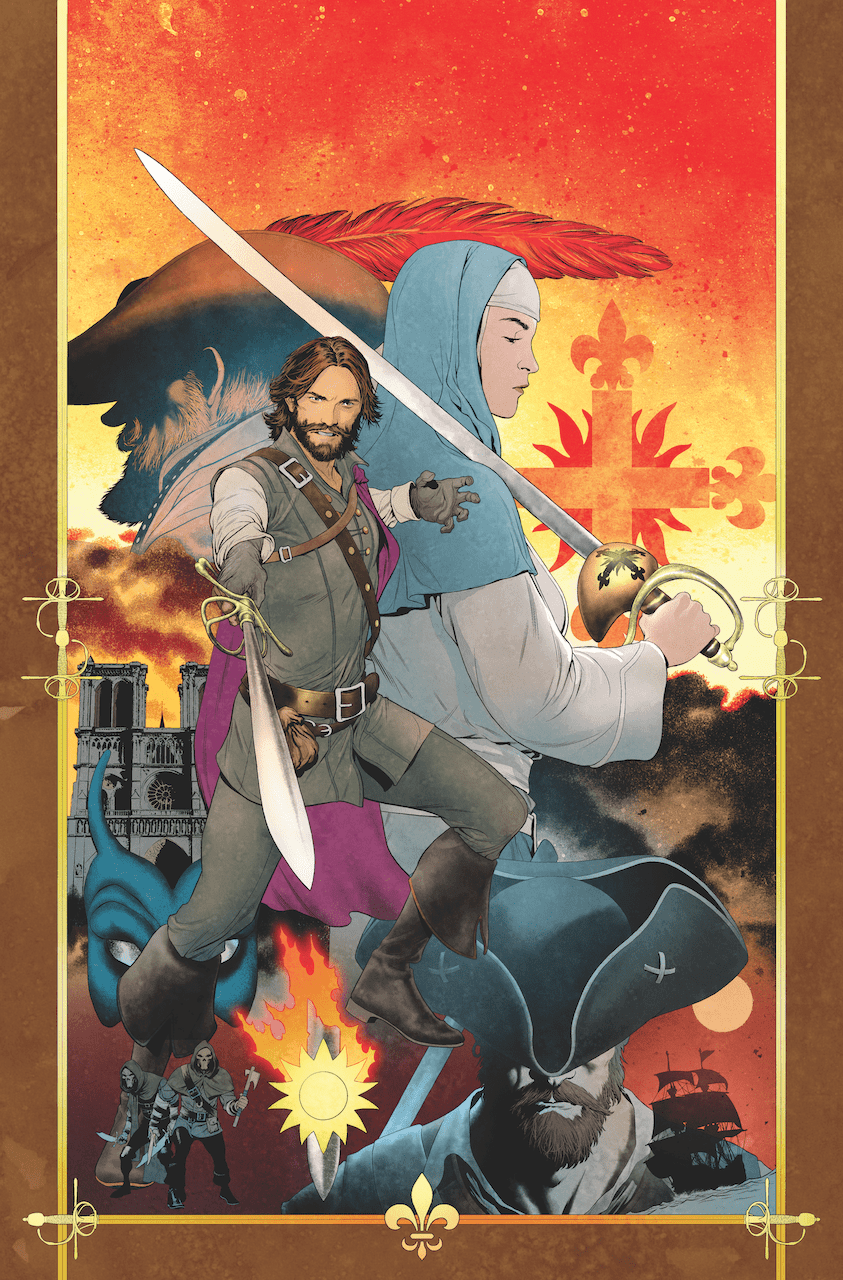 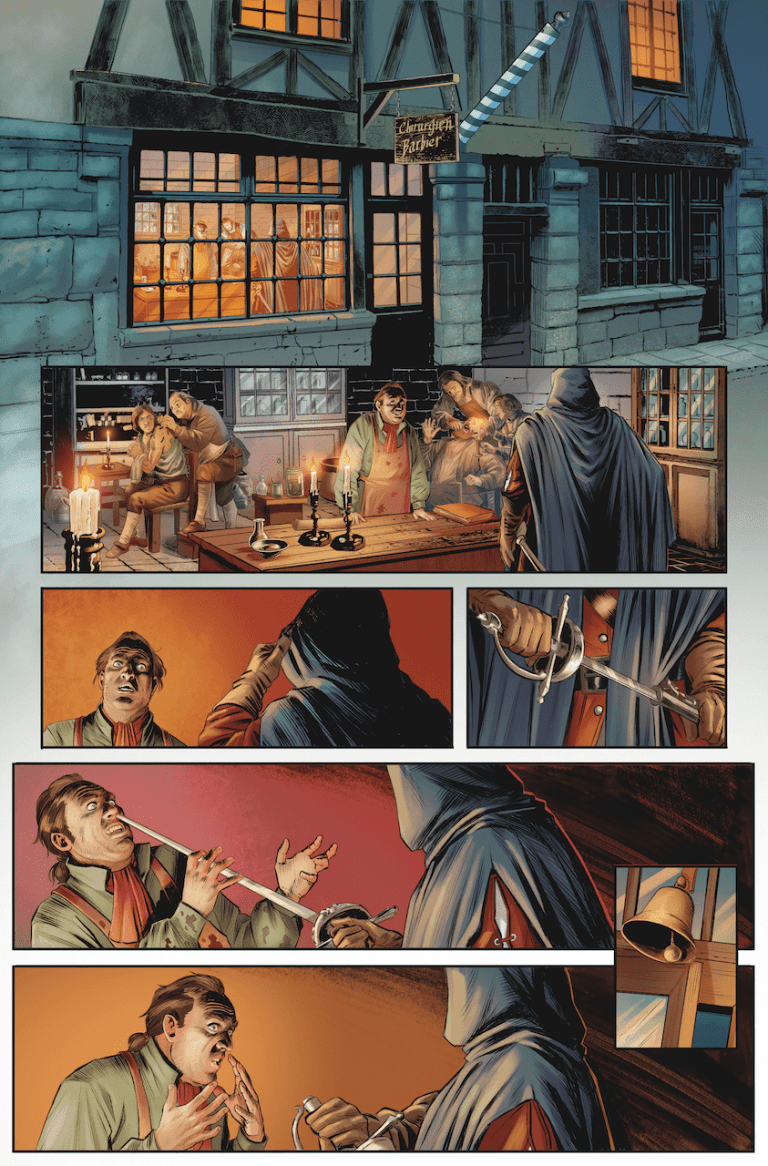 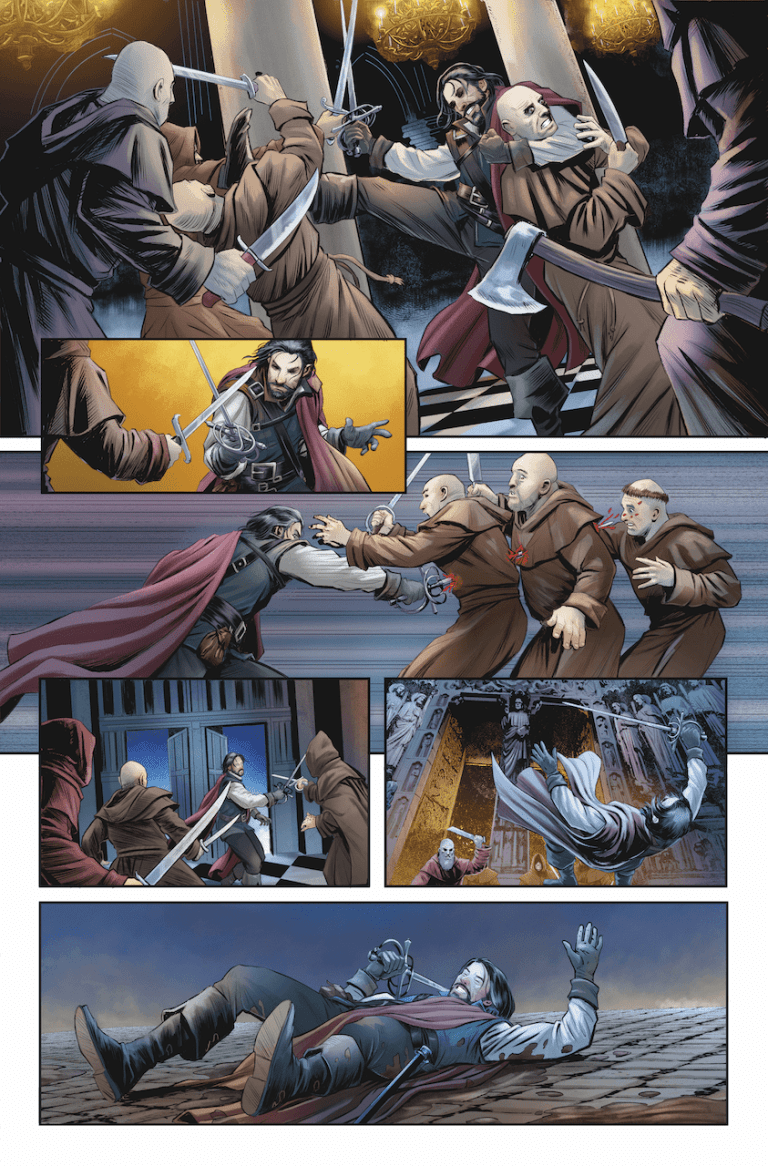 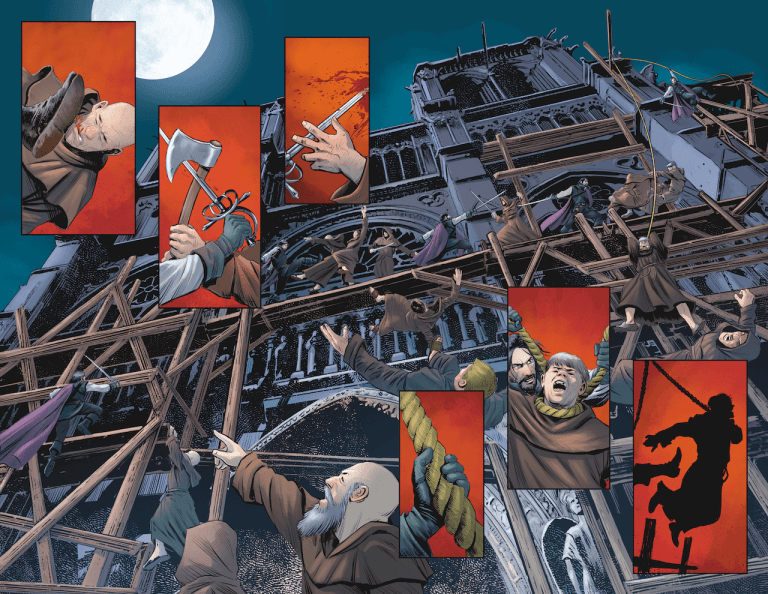 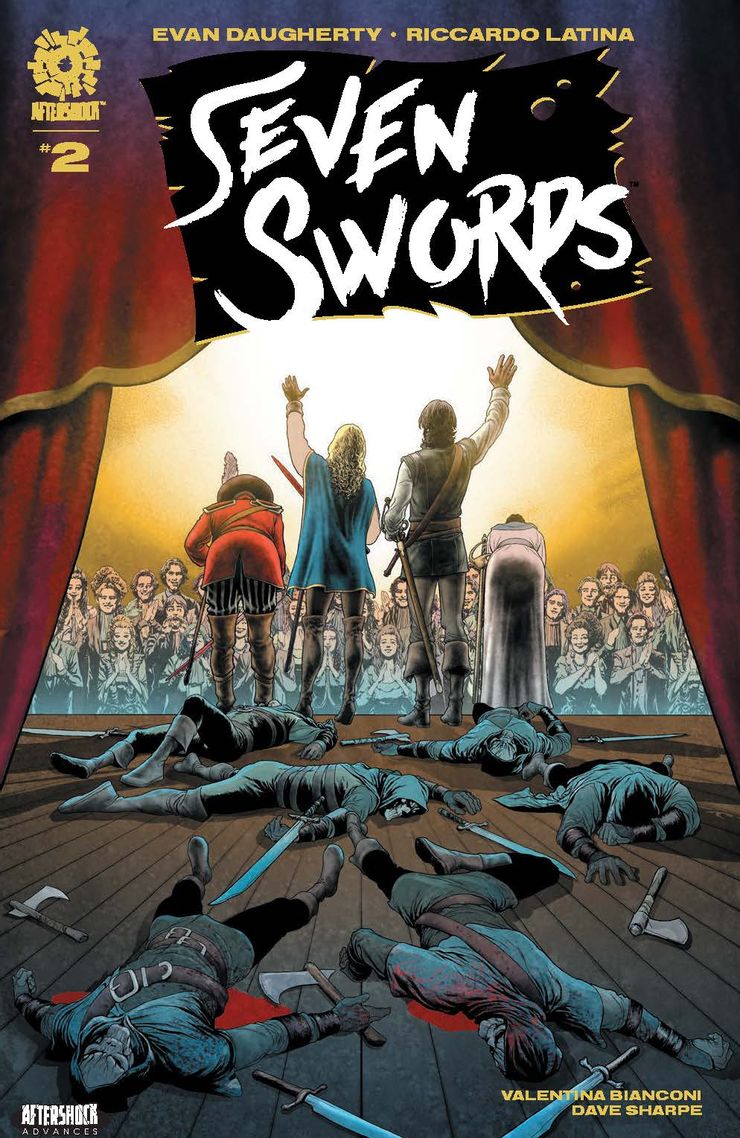 D’Artagnan must gather the greatest “swords” of his day if he has any chance of stopping the devilish machinations of Cardinal Richelieu. Unfortunately, that’s proving easier said than done…

One of the Seven Swords is his old rival with the prominent proboscis, Cyrano de Bergerac, who not only has a rapier wit, but also a literal rapier…which he’s been using to fight an on-again, off-again duel with D’Artagnan for years. That’s not even mentioning La Maupin, a

sword-mistress who is quite literally a diva…of the operatic variety. Or Don Juan…whose « under cover » proclivities nearly doom the mission before it even begins…

Buckle your swashes, Issue #2 of SEVEN SWORDS is going to be a bumpy ride! 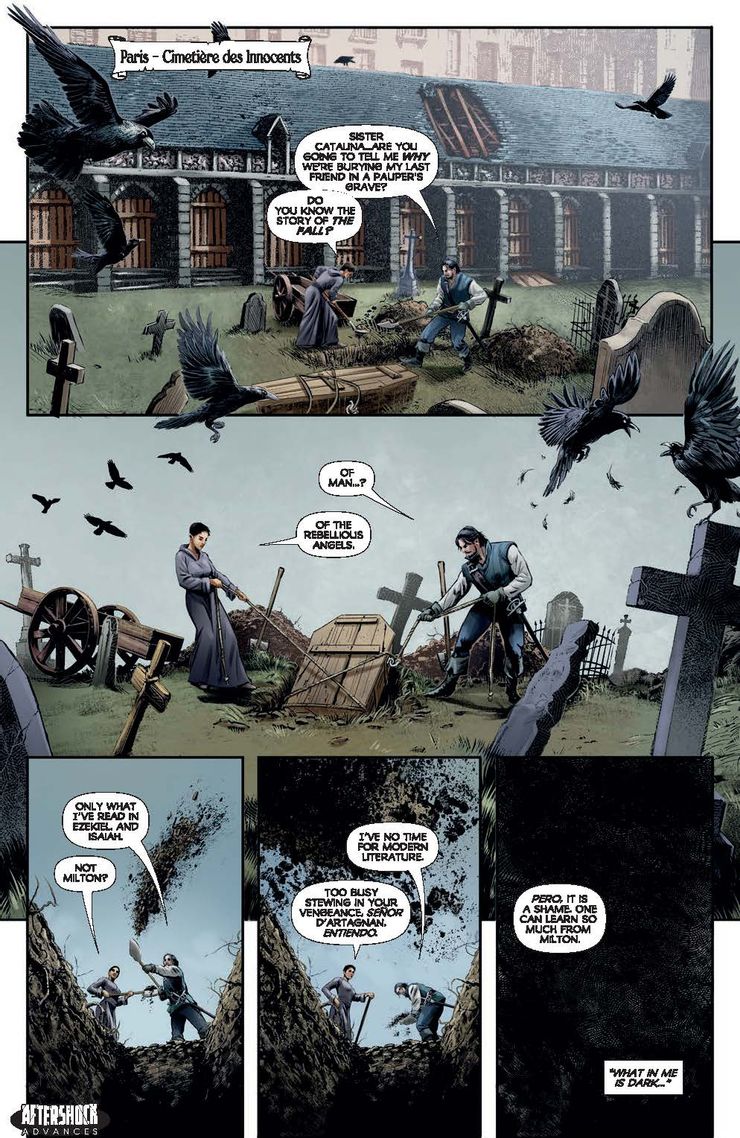 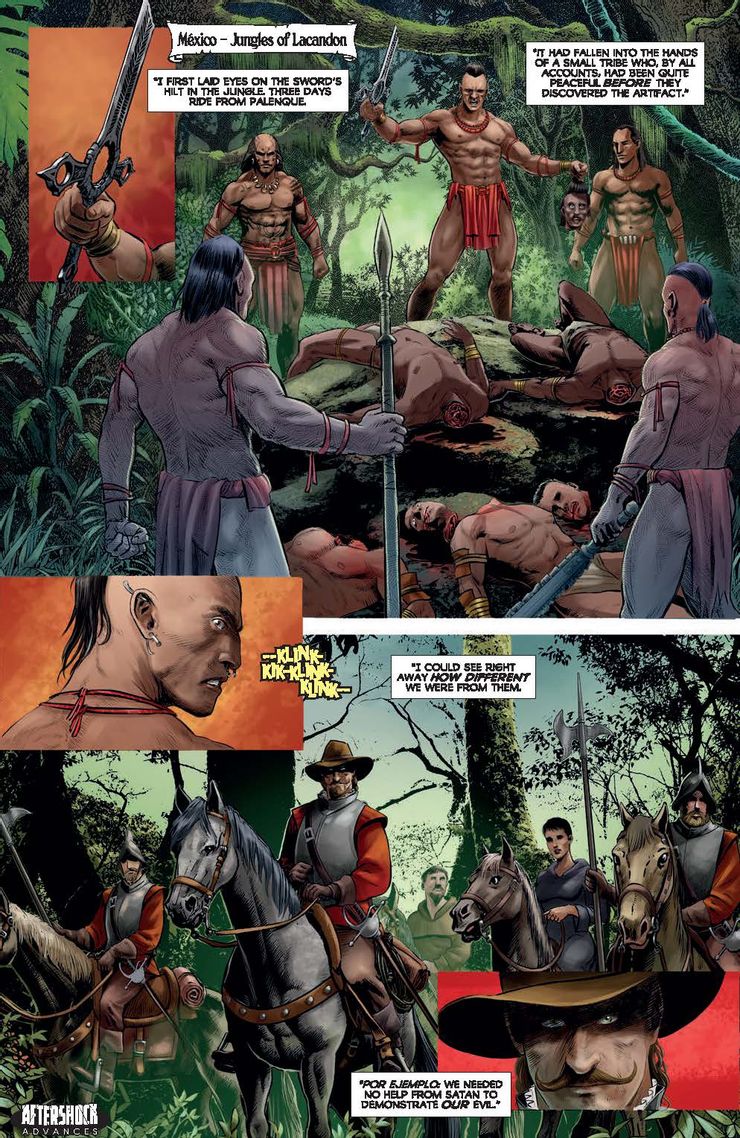 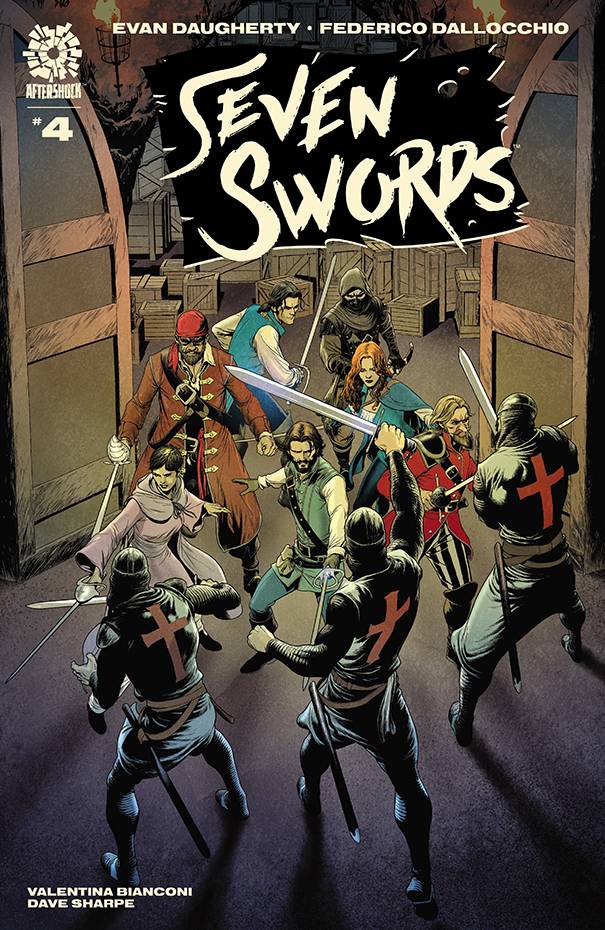 Cardinal Richelieu and his minions need only the blade of Lucifer’s sword to enact their myste-rious plan, and the fact that it’s in one of the most secure vaults in the world, buried deep be-low the Vatican, won’t deter them.

D’Artagnan and his crew now face the daunting task of infiltrating the vault themselves and stealing the blade before it can fall into the Cardinal’s hand. But dissension in their ranks, the Pope’s elite Swiss Guards and a trio of Templar Knight vault guardians will make this mission their most impossible yet. 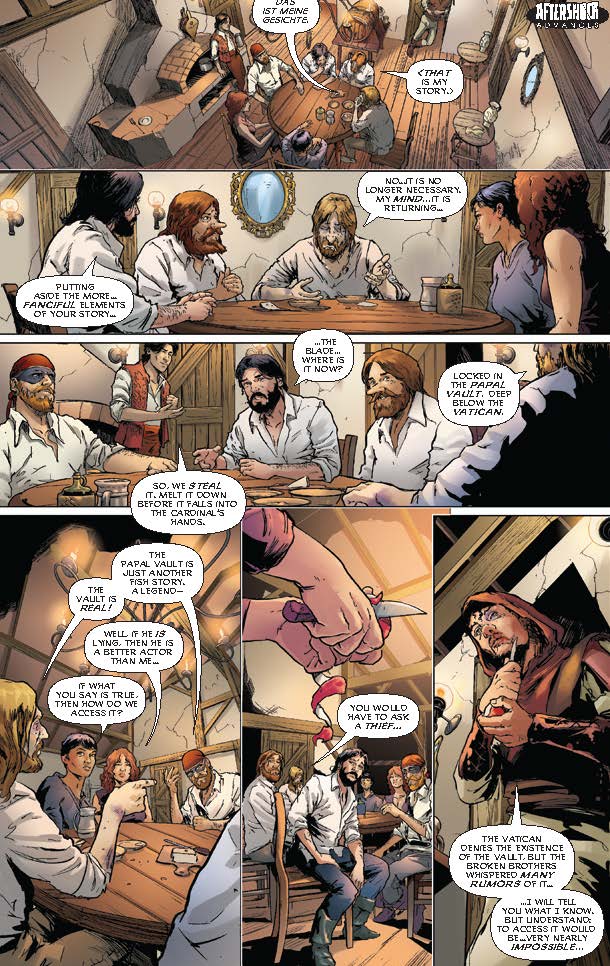 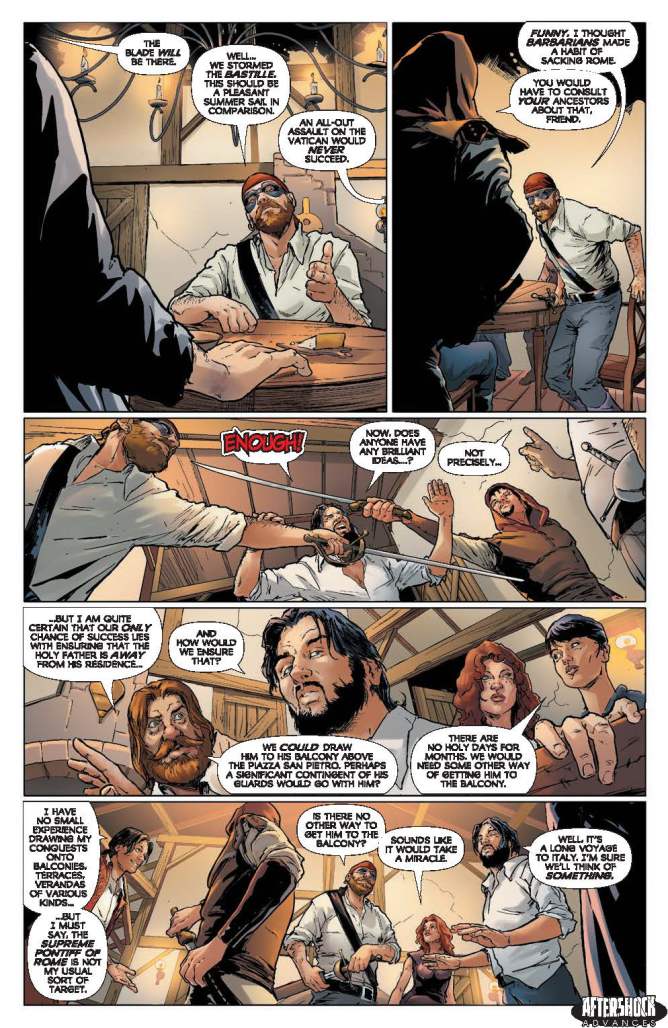