SOMETHING IS KILLING THE CHILDREN #1

*Each artist shows the heist from the point of view of a different woman on the crew.

The final showdown with Boss Moon starts here! With nowhere else to turn, Mal and his crew must decide whether or not to trust Boss Moon, or fight off the Alliance single-handedly.

The Hellmouth is about to break open and unleash all kinds of nightmares onto Sunnydale. And Buffy, no matter how hard she tries, is not ready for it.

After teetering between Sunnydale and Los Angeles, Angel now knows exactly what his mission is – to make sure the Hellmouth stays sealed! He’ll stop anyone who gets in his way, be it friend or foe, vampire…or Slayer. 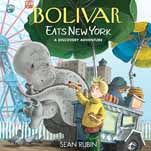 The McGuire family has held back supernatural threats for generations, but this time they messed up. As an ancient evil arises from the grave, Bridgette nd Duncan find themselves up against forces bigger than they could have expected, and faces new and old are about to complicate things further.

“Necessary Evil” continues as Jason begins to remember the truth about ShatteredGrid – and he begins the path to forming a new, covert team of Power Rangers.

"Necessary Evil continues as the Mighty Morphin Power Rangers finally come face to face with the Mastermind behind all of their recent problems – the evil Lord Zedd. Meanwhile, the newly launched Omega Power Ranger team is stranded on an unfamiliar planet with no hope of getting home!

Hana and Kenichi have been forced down separate paths, but both lead back to the Island. While Hana settles in and learns more about the Shogun’s rise to power, Kenichi struggles to survive by himself out in the wastes of the mainland and realizes he might not be the only survivor out there.

PLANET OF THE APES: AFTER THE FALL OMNIBUS SC

What happens when the Devil has his heart broken for the second time?

The Roanoke and Zodiac alien search teamup has uncovered something – orr ather, someone unusual – Hernameis Freya – and she says she’s a goddess, like Diane! Freya’s friendly and outgoing, and immediately super popular around camp in a way our favorite bratty ancient Greek can’t stand … she must be up to something! Right? Nobody’s that nice!

Summer is ending, and so are Daisy and Esther’s days at university(Susan still needs to finish medical school, of course). These last days together areworththeir weight ingold, but soonit will betimefor pomp, circumstance, and silly hats, as the girls head out into the world and face their futures!

While Liv and Charlie are away dealing with inter-league drama, the rest of the Avant-Guards put together a second round of tryouts in the hopes of finding some substitutes! Itâ€™s really too bad that Charlie is off with Liv, because one of the better players turns out to be someone from her past.

As if living with ghosts weren’t enough of a problem, Daphne has personal drama she never expected. The jerk of an ex who dumped her? Turns out, not a jerk, because when he said “It’s not you, it’s me,” he really meant “I think I might be gay, and you’re not my type.” So now Daphne has to be a supportive friend, get over a long-term relationship, and keep her undead roommate from hitting on her ex.

OVER THE GARDEN WALL: SOULFUL SYMPHONIES #2

Greg and Wirt begin rehearsals at the strange theatre they found, and it seems like it’s going well! No matter what Beatrice says, there’s nothing ominous going on here, just your standard abandoned theatre in the middle of the woods. Nothing to worry about.

Cartoon Networkâ€™s Emmy Award-winning series continues in â€‹Adventure Time Season 11â€‹-- the only place to get new, official Adventure Timeâ€‹ stories! Return to the Land of Ooo after The Great Gum War and join Finn and Jake on all-new adventures. Together, along with Princess Bubblegum, Marceline, BMO, and all your favorite friends, they’ll rediscover what it truly means to be the protectors of the realm.

When Sadie comes down with what Steven and the Gems believe to be a cold, Garnet, Pearl, and Amethyst each try their own method to cure her! They’re not very good at it.