A young journalist prompts a reclusive piano superstar to open up, resulting in this stunning graphic sonata exploring a lifetime of rivalry, regret, and redemption.

When all is said and done, did anyone ever truly win? And is there any music left to play?

THE BEAUTY OF HORROR 5: HAUNT OF FAME COLORING BOOK 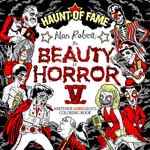 Ghouliana and pals pay homage to pop culture greats with a twisted and terrifying Haunt of Fame in the newest edition of the bestselling coloring book series!

Icons from across the entertainment arts are resurrected when Ghouliana and her undead friends show tribute to their favorite celebrities. Join her merrily macabre squad of walking horrors as they spend their 15 minutes with the most famous forces to ever brighten our cultural landscape. While coloring the 80 pages of detailed, hand drawn designs, be sure to help Ghouliana find all the ghastly memorabilia and easter eggs hidden throughout. The Beauty of Horror 5: Haunt of Fame features the original size (9.9" x 10") and double-sided format that fans love!

There’s a region in the Atlantic Ocean where planes disappear, ships are lost, and traveling souls go missing… never to be heard from again. And there’s an island within this place, mysterious and uncharted, untouched by time and civilization, where all who are lost end up – human or other! Bermuda lives here. She’s 16, scrappy, and living on this insane and wondrous jungle island – fighting at every turn to survive – is the only life she has ever known. She can handle the dinosaurs, the pirates, the crazed soldiers, dark magicians, and strange monsters. But the weird new kid who washes ashore just may be the biggest challenge Bermuda has ever faced – as he drags her along on a perilous rescue mission she wants no part of… and he’s likely to be the death of both of them!

The tiny clockwork knight in search of a heart has found his people’s freedom and has saved them from the curse of the Shrouded Man, but is he ready to face his enemy on the battlefield? After making the ultimate sacrifice, Canto bears a weapon that could defeat the Shrouded Man and free all the inhabitants of the Unnamed World. Now, he races to find a hidden settlement of his former slavers to enlist them as allies in the coming war. That is, if the Shrouded Man doesn’t find them first…

Rise Up, Part 4! The Shobijin twins, with a little help, continue their mission to seek out proof that mankind is worth saving! But they have to work fast as Godzilla and Biollante gear up for another showdown – can Cedric, Anderson, and Emily help convince these kaiju that the world shouldn’t be destroyed?!

After a disastrous first training exercise with the Avengers, Riri Williams A.K.A. Ironheart has retreated into her schoolwork at MIT. But there are plenty of super hero concerns to worry about at school too, with a strange illness seeming to take down all of her classmates. Luckily, Captain Marvel has arrived to help clean up the mess!

When an ancient supernatural book threatens the world, Doctor Strange and Ironheart will have to follow its trail of destruction to stop it! Brave the spookiest corners of the Marvel Action Universe with the Sorcerer Supreme and armored teen genius Riri Williams as they hunt the legendary Iron-Bound Book of Shuma-Gorath. Along the way they’ll hear fearful tales of its past: Iron Man’s encounter with a horrifying post-modern Prometheus! The time teenage monster hunter Elsa Bloodstone came up against a werewolf… in Captain America’s clothing! Spider-Man and Nadia Van Dyne, the Unstoppable Wasp, against a possessive symbiote out for Peter Parker’s soul! Then, in the fearful finale, the heroes learn who’s behind the Book’s chaos. And that person has one final fright to call forth!

MY LITTLE PONY: FRIENDSHIP IS MAGIC #100

Season 10 continues here in a landmark issue! Rainbow Dash, Spitfire, Celaeno, Lyra, and Bon Bon find themselves in the Bird Kingdom, where old friendships are tested and a new, mysterious enemy lurks in the shadows… who are the Knights of Harmony?! Featuring a back-up short by Katie Cook!

Spike and Grimlock return! When the Dinobots are attacked by Sombra’s minions, can Grimlock’s little purple buddy save everycreature? And don’t miss the epic conclusion to the hit crossover series! Is friendship really magic? Can Transformers and ponies really work together? And how in the world are they going to stop Sombra?!

Plunge headfirst into the icy waters of dread in this graphic novel of deep sea adventure with a horrific twist! In the aftermath of the Great War, the North Atlantic is ripe for plunder by independent salvage crews. When a former naval officer hires the SS Vagabond, he leads the ship to a sunken U-boat, and a fortune in gold. Tensions mount as the crew prepares to double cross each other, but the darkness of the ocean floor holds deeper terrors than any of them have bargained for!

Sonic the Hedgehog vs. Six Deadly Zeti! Who will win the battle?! Find out in the action-packed « Zeti Hunt, » part three! It’s all hands on deck as Sonic and friends struggle to defend the newly rebuilt Restoration HQ from the Deadly Six.

Try to keep up with Sonic and his friends on adventures inspired by the original 2D games! Miles « Tails » Prower, Knuckles the Echidna, Amy Rose, Mighty the Armadillo, Ray the Flying Squirrel, and even more special guests travel with him through zones inspired by the seasons in search of Chaos Emeralds! It’s a hilarious and hectic race against the clock in « Seasons of Chaos » by Ian Flynn! Plus stories by some of Sonic the Hedgehog’s biggest fans and tons of bonus content celebrating the fastest thing alive!

The five-year mission may be over, but now it’s time for the next adventure to begin. Join the crew of the Enterprise for the end of an old chapter and the beginning of a new. This special, oversized epilogue from the entire Year Five writing team bridges the gap between the end of the five-year mission and the beginning of Star Trek: The Motion Picture.

Explore the Star Wars galaxy in a whole new light with this box set of stylishly illustrated graphic novel adaptations. Relive all the events from the twin sunset over Tatooine to the lightning-streaked skies of Exegol with this handsome selection of paperbacks, adapted from the films by writer Alessandro Ferrari. Each book combines the epic wonder of a galaxy far, far away with streamlined, young-reader friendly designs, making this a visual treat for longtime fans and a great introduction for newcomers.

This special box set collects the graphic novel adaptations of A New Hope, The Empire Strikes Back, Return of the Jedi, The Force Awakens, The Last Jedi, and The Rise of Skywalker.

As the galaxy prepares for its Republic Fair, Qort and Farzala leave their Padawan friends to join in on the effort to fight against the fearsome Drengir, in this first issue of a two-part adventure!

April is on the run after discovering a scheme with dire consequences for Mutant Town. Meanwhile, the Mutanimals take drastic steps that will put them on a collision course with the TMNT!

Goongala! Is Casey Jones a disturbed vigilante or the Turtles’ best pal? Why not both? Featuring stories from across multiple publishers, dig into this collection of the best stories of the TMNT’s unpredictable ally!

Tensions grow in Mutant Town as old friends and enemies return, and new friends return… older! The mounting strain leads to epic showdowns as perfectly matched adversaries face off! As Michelangelo takes to the airwaves, the citizens of Mutant Town express their grievances with both the Turtles and the Mutanimals. Meanwhile, Karai searches for two new powerful mutants who could tip the balance of power in New York City, and a familiar character from the future arrives with a most unusual quest. Plus, the return of Casey Jones and Bebop and Rocksteady! Then, when Jennika comes face to face with the person who almost killed her, will the other Turtles be able to stop her from exacting revenge? And, it’s the biggest battle of the year as Bebop and Rocksteady take on Tokka and Rahzar! Collects issues #112â€“117 of Teenage Mutant Ninja Turtles.

« Lord of Misrule: Swindle’s II. » Bumblebee is a lot of things – an ex-Ascenticon spy, a wanted fugitive, and currently working as a go-between for Swindle and Optimus Prime’s Autobots. With Swindle and his crew’s help, Bumblebee’s got a chance to free the long-captive Elita-1 and finally finish his search for justice for Rubble’s murder by bringing down Barricade. But when working with criminals, even the best laid plans are destined for trouble.

« Savage Landing, » Part 6! It’s a siege on the Axalon as the Predacons attempt to end the Beast Wars before they even begin by bringing down the Maximals and their base! As Megatron and his loyal (?) troops launch their assault, one bot on Optimus Primal’s ship decides to put it all on the line to help the others turn the tide.

Yukichi, part 2 (of 2). Usagi and his new friend, Yukichi, continue on to carry out the last request of Yukichi’s sensei. However, they have stirred up the ire of the local swords school who are dead set on preventing them from completing their mission. To compound the situation, the school discovers that Usagi is a traitor with a reward for his head.

Usagi’s cast of characters continues to expand with the first appearances of his longtime tokage (lizard) companion, Spot and his greatest nemesis – the demented, and perhaps immortal, wolf warrior Jei (Grasscutter).

Join Usagi as he is tested in an emotionally captivating tale between the bonds of family and the bounds of honor, as he helps an elderly mother face the villain her son has become. When the blind swordspig Zato-Ino comes back for revenge, can Usagi still triumph after the playing field is leveled? All this, plus more adventures in anthropomorphic Edo Japan!

Wanderer’s Road collects the stories « The Tower, » « A Mother’s Love, » « The Return of the Blind Swordspig, » « Blade of the Gods, » « The Tea Cup, » and « The Shogun’s Gift » from Usagi Yojimbo Vol. One, issues #7â€“12, originally published in black and white by Fantagraphics from March to October 1988.

A web of deceit and intrigue grows wider as more players are drawn in to a far-reaching power struggle! For Usagi, it will mean a fight to the death in one of his most harrowing battles ever, with the vengeful ninja Shingen! All new colors bring this classic Usagi story to life like never before!

WYNONNA EARP: ALL IN

The ultimate jackpot for Wynonna Earp fans, this compendium collects every comic book adventure since the premiere of the fan-favorite TV series, including stories by stars Melanie Scrofano and Tim Rozon.

Join Wynonna Earp, along with immortal gunslinger Doc Holliday, and, in their first comic appearances, Waverly Earp, Officer Nicole Haught, Agent Xavier Dolls, Valdez, and Wynonna’s mentor, Smitty! She’ll need all the help she can get as she grapple’s with the legacy of her ancestor, the legendary lawman Wyatt Earp. There was much more to Wyatt than the history books tell: he used his mystical sidearm, the Peacemaker, to send demons back to hell! Now the family curse means the eldest Earp child must accomplish the same task, as the vengeful Revenants return with each generation!

As Wynonna goes All In, she’ll face more than just her family’s demons. Vampires, werewolves, and the infamous Pinkertons all find themselves in her sights. Plus, there’s no rest for the wicked, as Wynonna learns that Earps don’t get vacations, and a jailbreak from Black Rock Prison proves that even the Peacemaker can’t bury all her problems! Collects Wynonna Earp (2016) issues #1-8, Wynonna Earp: Legends #1-4, Wynonna Earp Season Zero #1-5 and the Wynonna Earp: Bad Day at Black Rock original graphic novel.