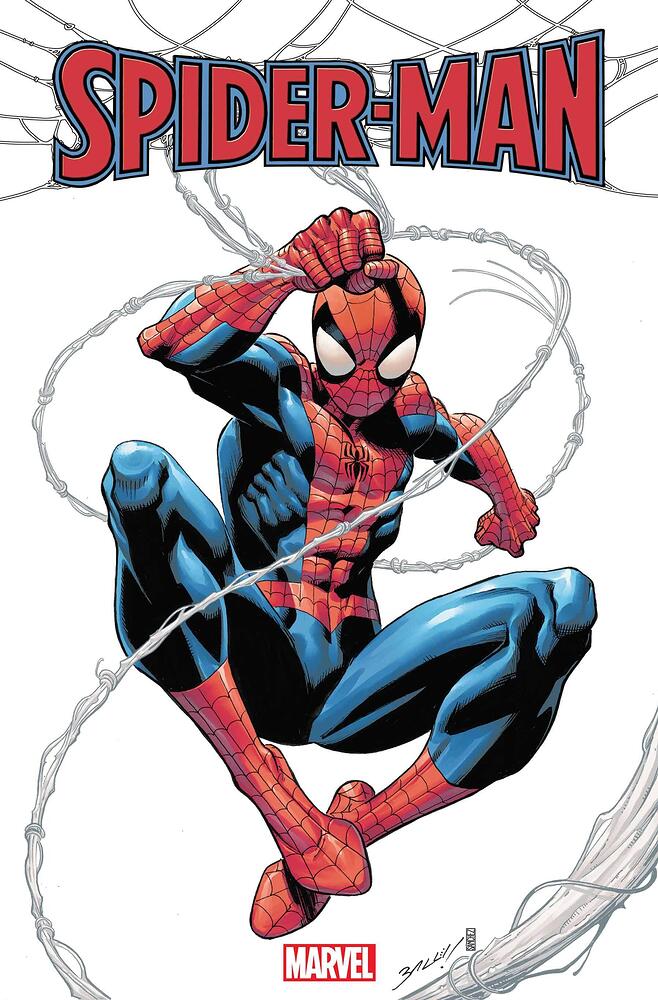 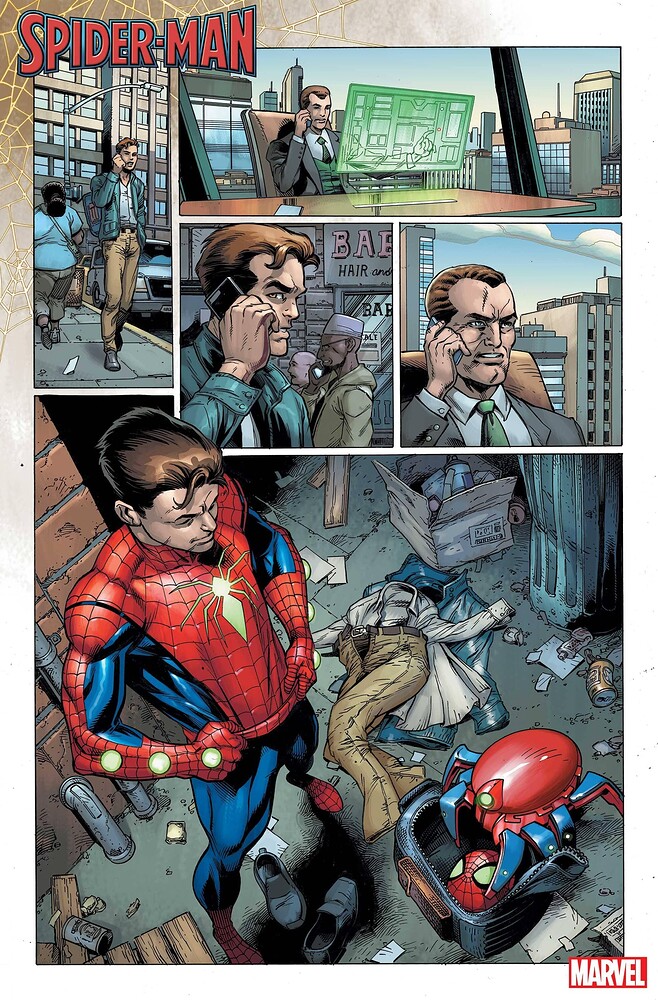 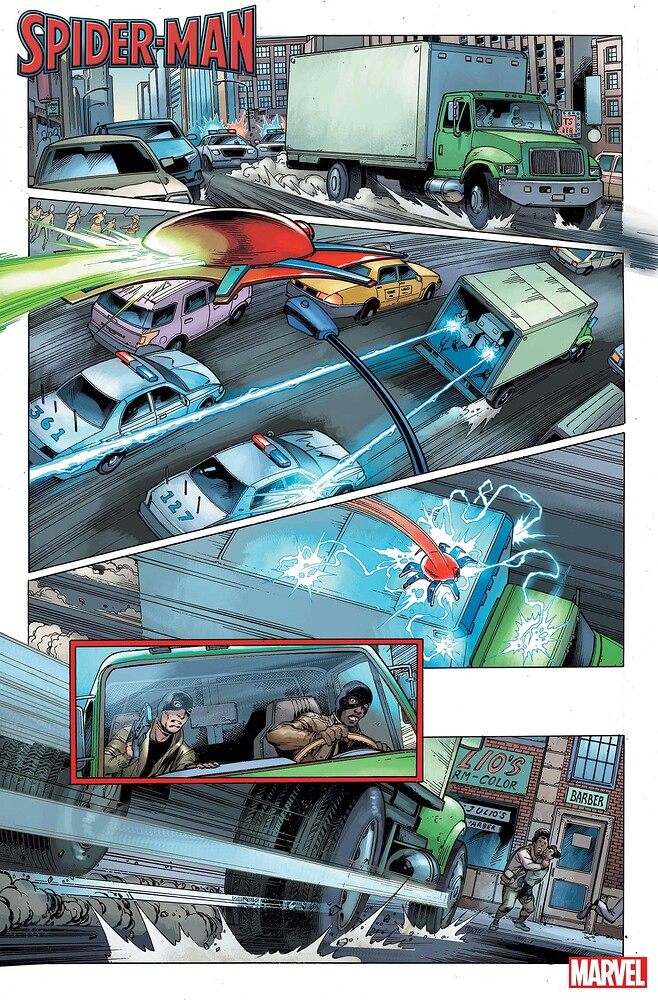 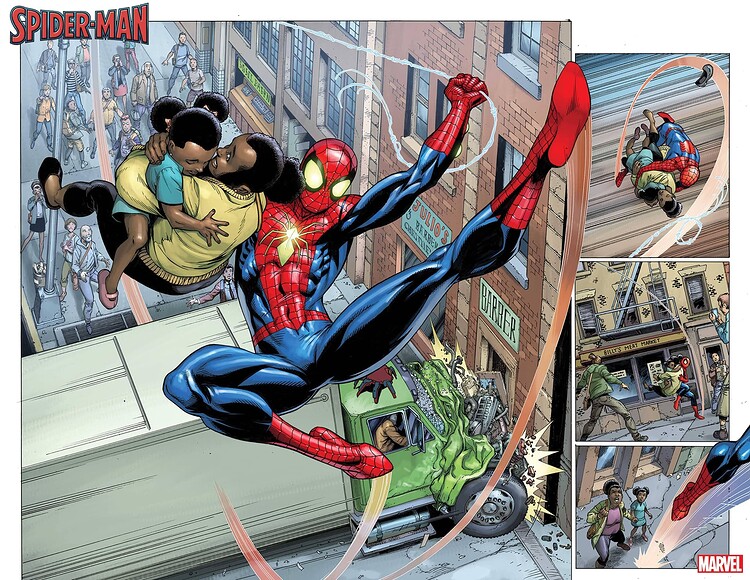 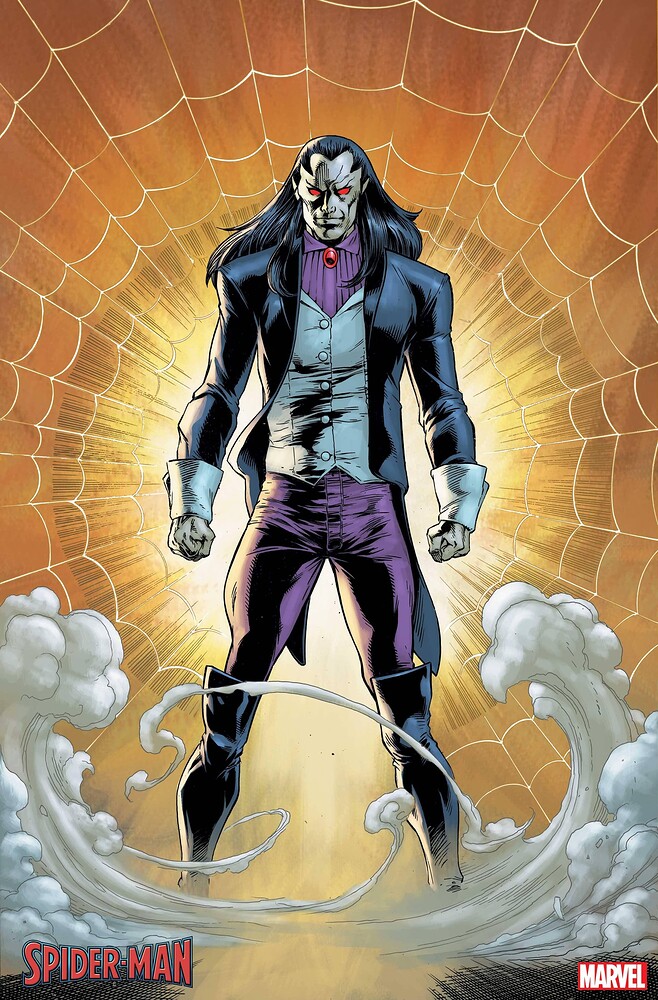 THE END OF SPIDER-VERSE IS UPON US! In the aftermath of EDGE OF SPIDER-VERSE, the upcoming limited series that explores and introduces Spider-Heroes from across the Multiverse, comes a new ongoing series by two of Spider-Man’s most legendary creators—Dan Slott and Mark Bagley! Just in time for Spider-Man’s 60th anniversary, the two Spidey masterminds will be teaming up for the first time on the Web-Slinger to unleash the full potential of the Spider-Verse and its beloved heroes in SPIDER-MAN #1!

The new saga will kick off when a threat emerges that will change the fate of Peter Parker and all his fellow Spider icons such as Spider-Woman, Ghost-Spider, Miles Morales, Silk, and more, including the new heroes that will debut in EDGE OF SPIDER-VERSE. The series will also tie directly into the events of Zeb Wells and John Romita Jr.’s AMAZING SPIDER-MAN run, picking up plot elements such as Spidey’s new costume and his mysterious association with Norman Osborn!

Morlun is back and he is not alone. Allied with one of the most powerful beings known to the Spider-Verse, the scariest Spider-Villain of all time is making his biggest play and no Spider is safe. Especially not the Chosen Spider himself, Peter Parker. With Peter working for Norman Osborn and using a glider… does he have it coming?

Here’s what Slott had to say about his grand return to Spider-Man: “How does it feel to be writing Spider-Man again? Like I’m home. Like there’s nowhere else I’d rather be. How does it feel to be working on it with Mark Bagley, one of the greatest Spidey icons of all time?! Honored, excited, and unstoppable! Mark and I are two guys who live to tell Spider-Man stories. Cut us and we bleed Spider-Man. And now Marvel has entrusted the two of us to bring back their monthly-- adjectiveless-- SPIDER-MAN title!

“THE END OF THE SPIDER-VERSE will see Peter, Miles, and your favorite characters from previous Spider-Verse stories, along with all-new characters from the upcoming EDGE OF SPIDER-VERSE mini, slam them all together, and bring the entire SPIDER-VERSE saga to a fiery close! It’s going to have lots of action, surprises, but, most of all, it’s going to have a lot of heart! Even though this story will be epic, it will also have a profound effect on Peter Parker. You are not going to want to miss this!”

“Dan and I have been wanting to work together for years, and having the opportunity to be the artist that is there to wrap up his Spider-verse storyline is really exciting,” Bagley added. “Further, I’m thrilled to see where this book takes us from there.” 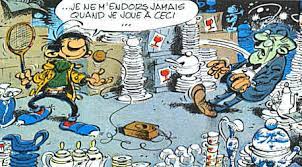 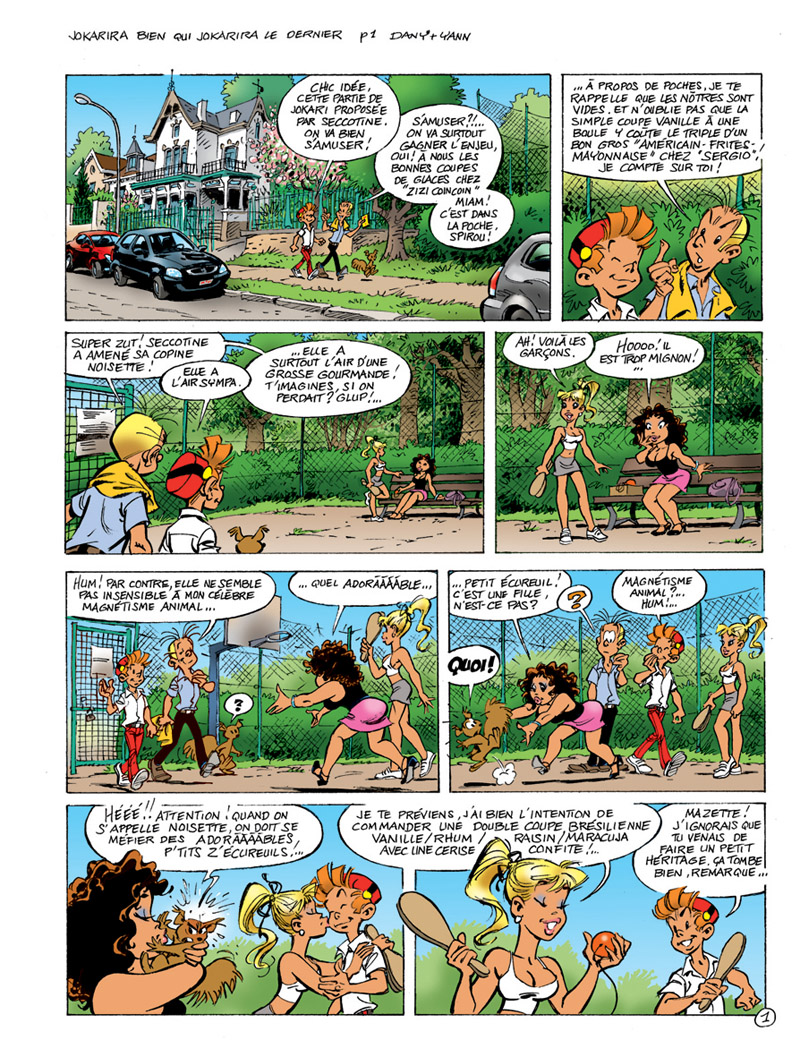 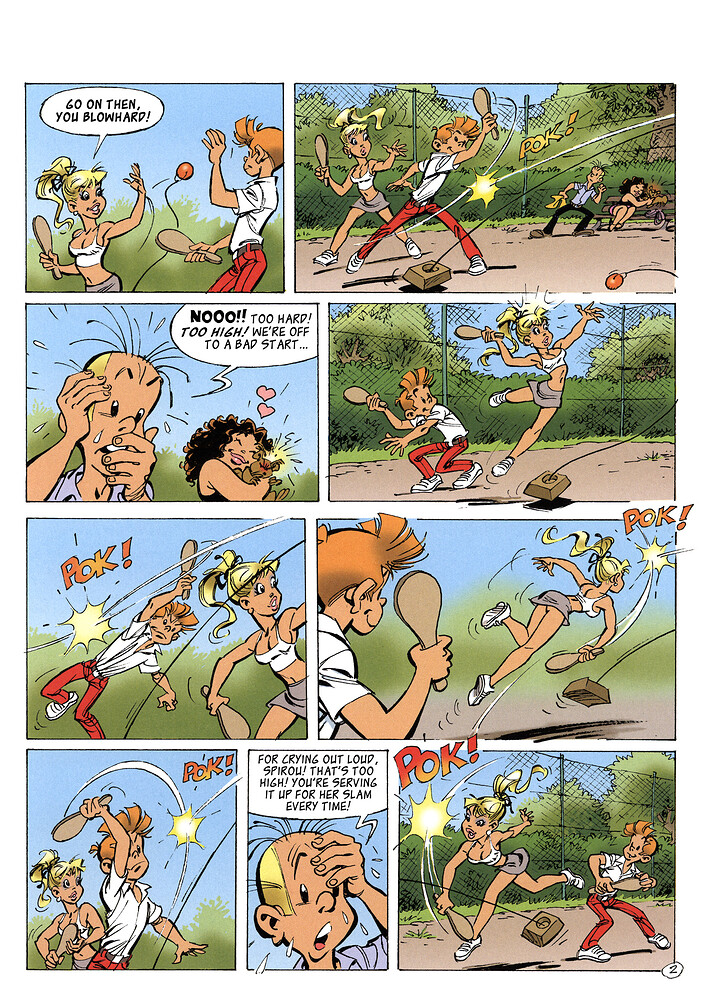 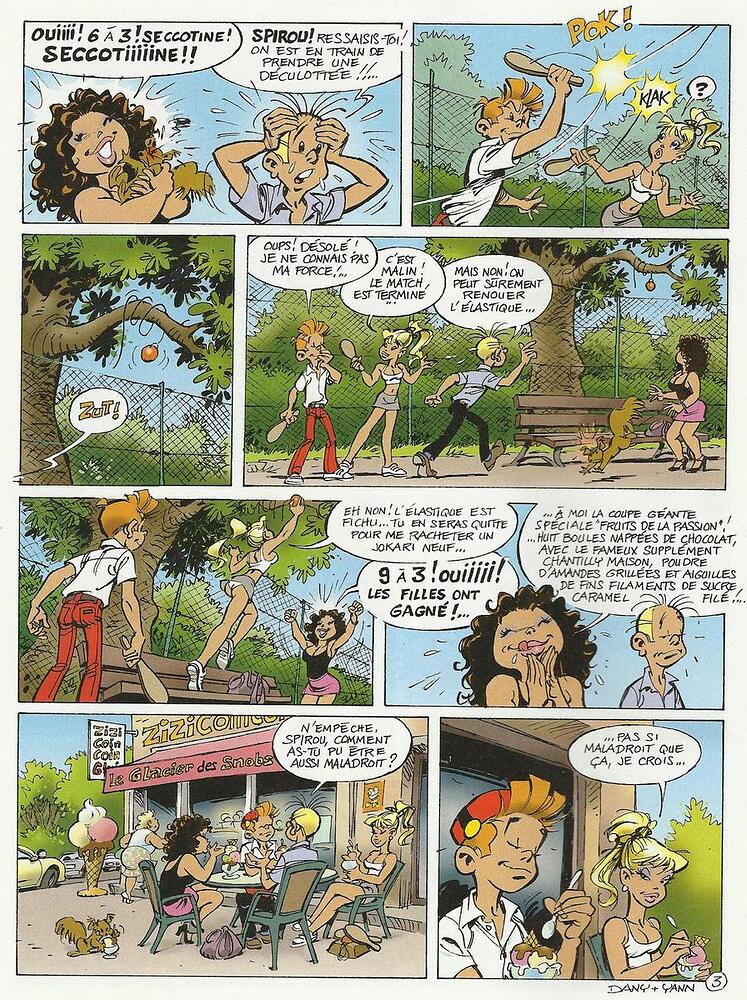