Before Peter Quill traversed the universe, before he was a Guardian, before he was Star-Lord, he was…an astronaut! Well, at least, he wanted to be. But as NASA’s biggest burn-out, it looked like the once and future Star-Lord was destined to stay grounded on Earth forever. However, with his burning desire for vengeance, his expert spacecraft knowhow, and his distinct lack of scruples, odds are he won’t be on Earth much longer. See how Marvel’s scoundrel of the spaceways discovered the galaxy he was destined to guard![/quote]

• After just a little bit of grand theft extraterrestrial vessel, young Peter Quill finally made it to space!

• Then he got stuck there.

• Another ship is approaching: is their intention space roadside assistance, or space highway robbery? Peter’s got to be ready for anything![/quote] 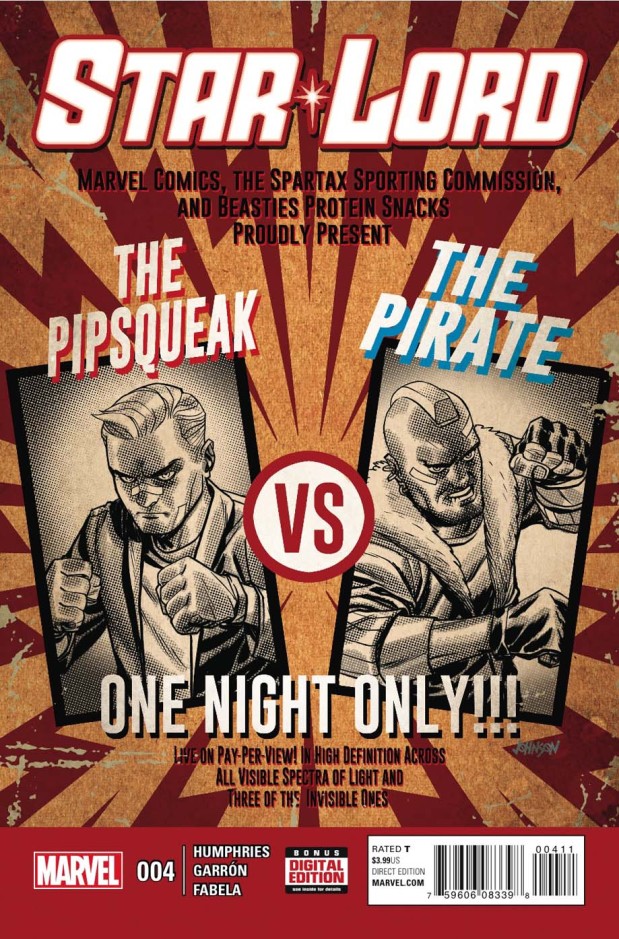 Description: Is young Star-Lord pirate enough to betray his species and steal the Asterion One? Peter came to space to be a pilot, a pirate, avenge his mother’s murder by Badoon and chew gum. Well, he’s all out of gum! And already did those first two things! 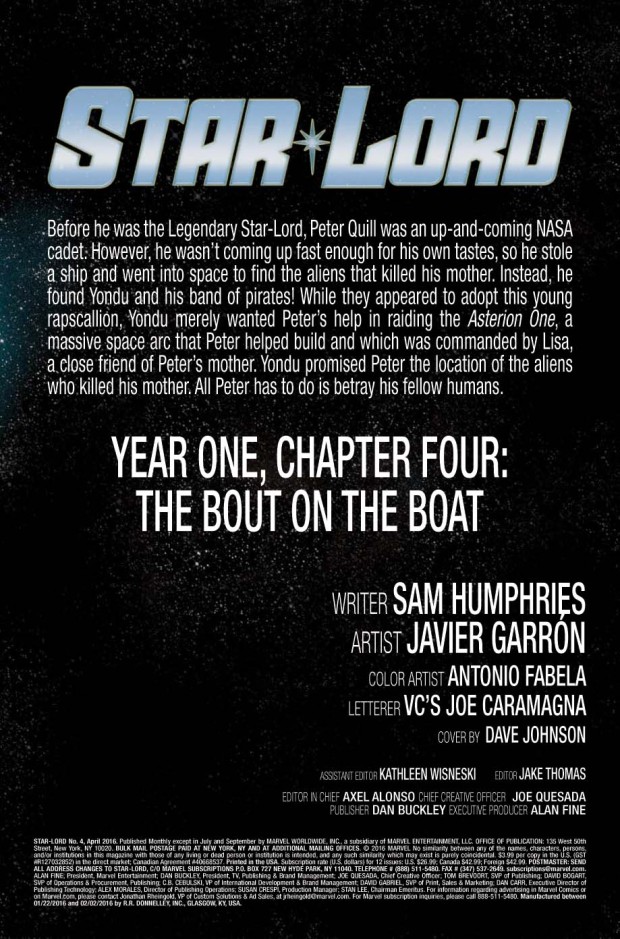 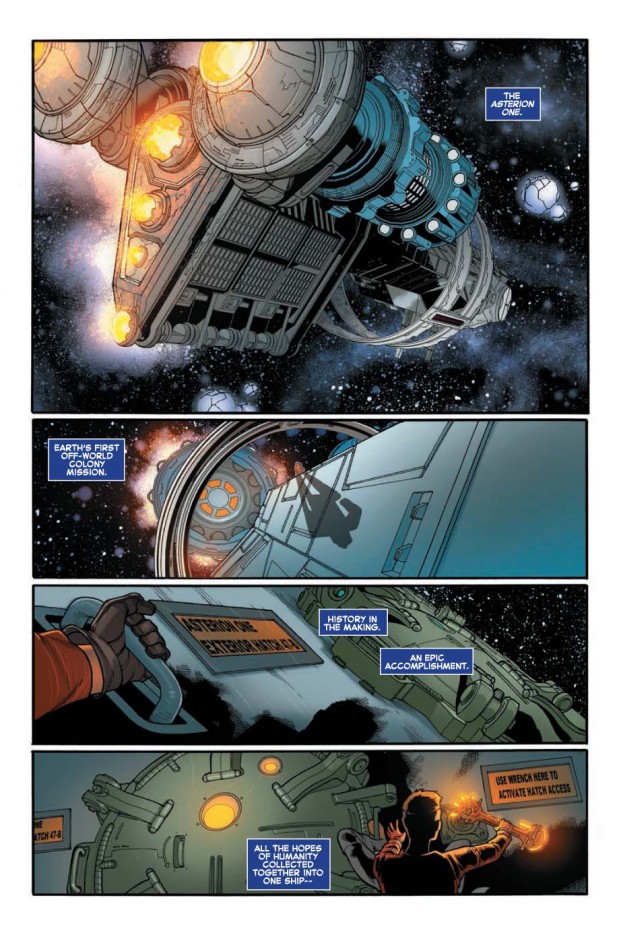 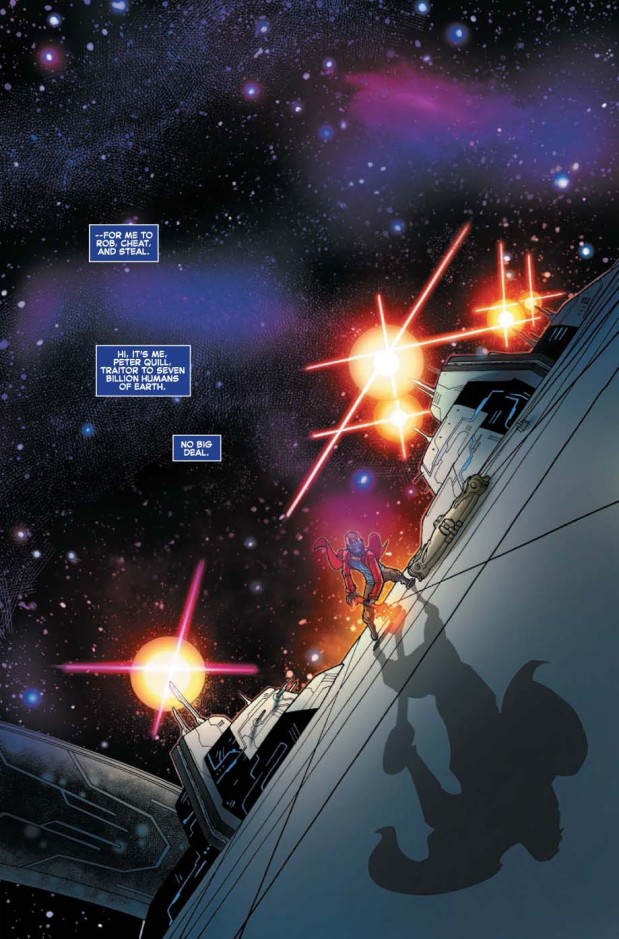 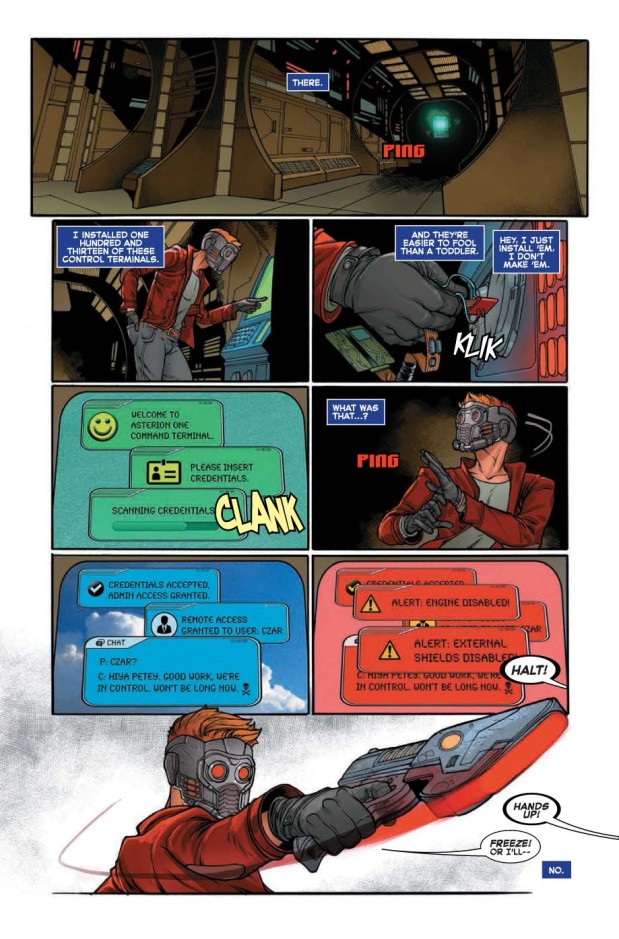 HOW WILL YOUNG PETER QUILL END HIS FIRST YEAR IN SPACE?!

• Or with a BLACKGUARDLY whimper, KILLING some Badoon and slinking back to SPACE-PIRATE YONDU?

• Read the EPIC CONCLUSION to the thrilling ORIGIN OF STAR-LORD to find out![/quote]

STAR-KITTY 'TIL THE END OF THE UNIVERSE! (OH, WAIT, THAT HAPPENED…)

The engagement of the galaxy is over! But Peter Quill and Kitty Pryde still have to share a ship, and work, and friends, and…yeesh. This is going to get awkward, isn’t it? Well, fortunately they’re surrounded by caring, communicative teammates like…Drax…and Groot…and Rocket…Hoo boy. This is going to be VERY awkward.
[/quote]

NO FIGHTING ON A MISSION, YOU GUYS!

• Turns out working with your ex might not go super smooth. Who knew?

• Will Peter and Kitty be able to make it out of this mission alive? Who is more dangerous, their enemy…or each other???
[/quote]

• Especially when you and your ex are being held captive by THE COLLECTOR!

• And he wants to acquire the story of your breakup for his personal use! So GROSS! WHAT DOES THAT EVEN MEAN?!

• Can Kitty and Peter come together to defeat this cosmic conundrum, or will their house divided be unable to stand?!
[/quote]