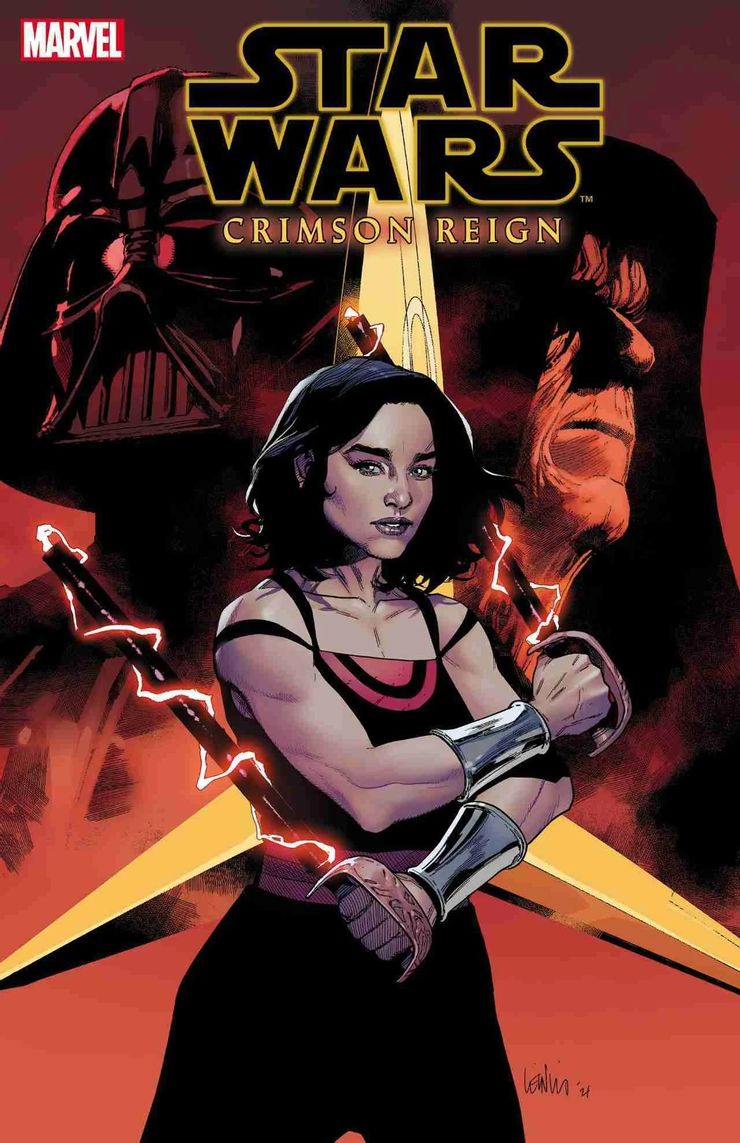 « I planned to tell the story we’re seeing in War of the Bounty Hunters from the very first pitches I wrote when I knew I’d be taking over the Star Wars title for Marvel, » Soule told IGN. « But it was really when I knew I had a secret weapon to deploy storywise that the seeds of Crimson Reign began to take root in my mind: Qi’ra, former paramour of Han Solo and current leader of the infamous Crimson Dawn crime syndicate, as portrayed by Emilia Clarke in Solo: A Star Wars Story film. »