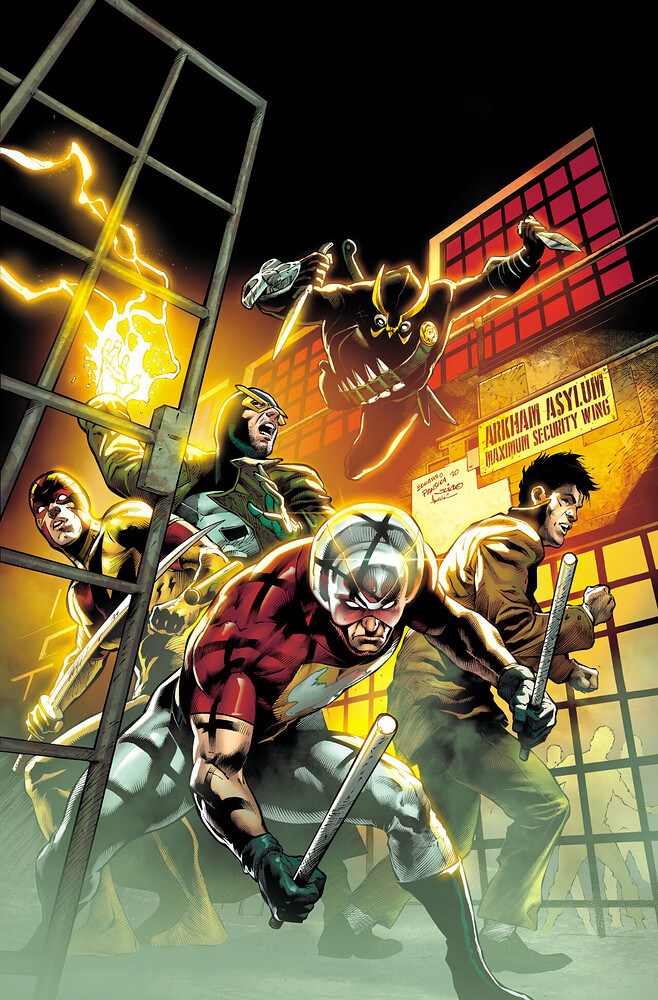 [SG_Cv29] Writer: Marc Andreyko Artist: Eduardo Pansica Inker: Julio Ferreira Colorist: FCO Plascencia Letterer: Tom Napolitano The sins of the Circle—revealed! With a galaxy-wide bounty on Supergirl’s head, she, Krypto and Z’ndr must hide out at an abandoned planet until it’s safe enough to continue tracking the Circle’s trail of misdeeds. Unbeknownst to Supergirl, this planet is where the last crystal of Appa Ali Apsa was left to be found for the hidden messages in her other colle… 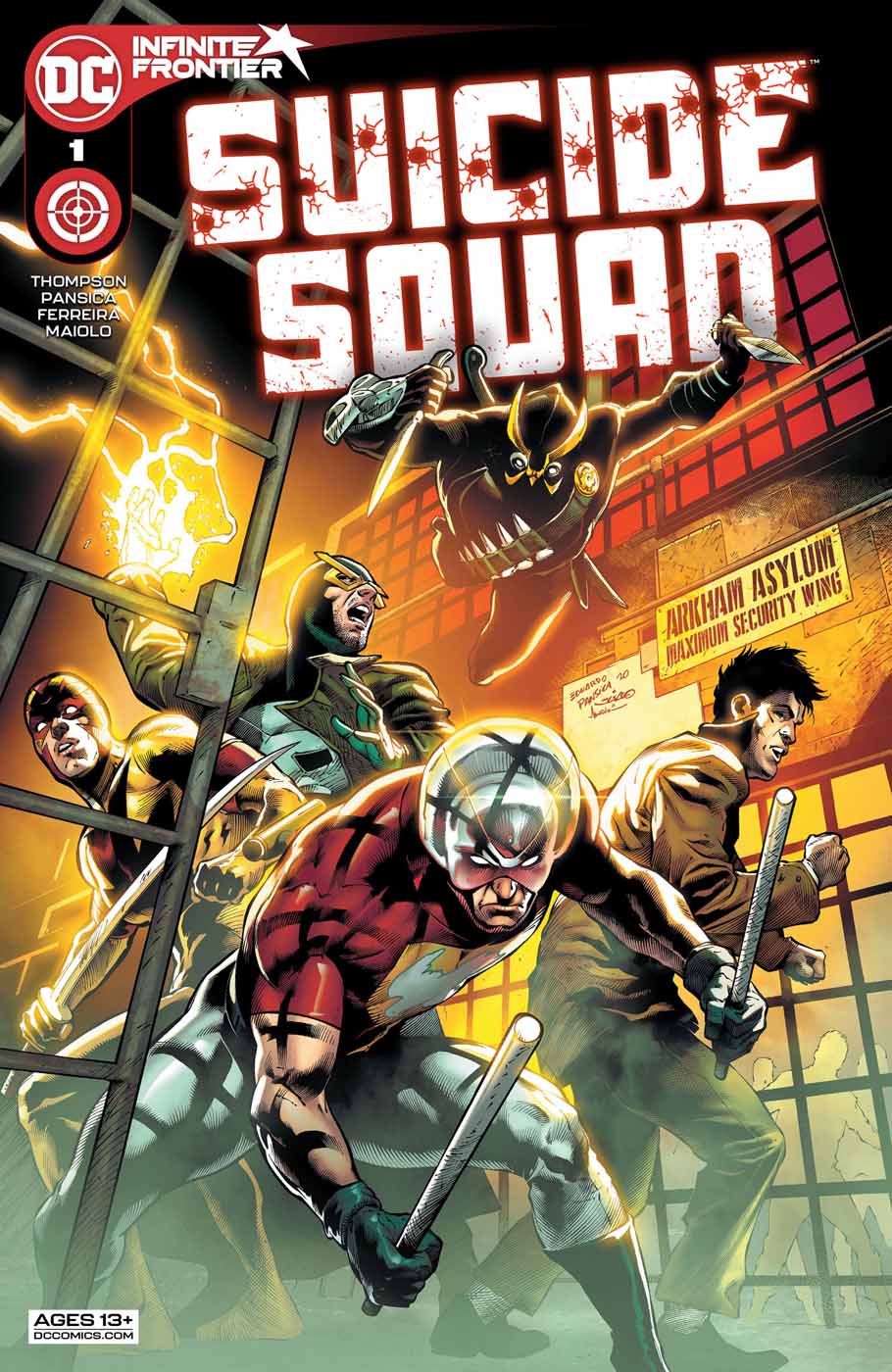 Things have changed for Task Force X. As Peacemaker takes over as field leader, there will be no more avenging or defending for the government’s top-secret task force of killers, thieves, and criminals! Amanda Waller – now back in control of the Squad – sends a new Squad into Arkham Asylum to « recruit » the deadly Court of Owls assassin Talon while she interviews another new candidate: Superboy.

Why Conner Kent? Amanda Waller is Tired. Of. Losing. Who else will Waller recruit for this new team of losers? 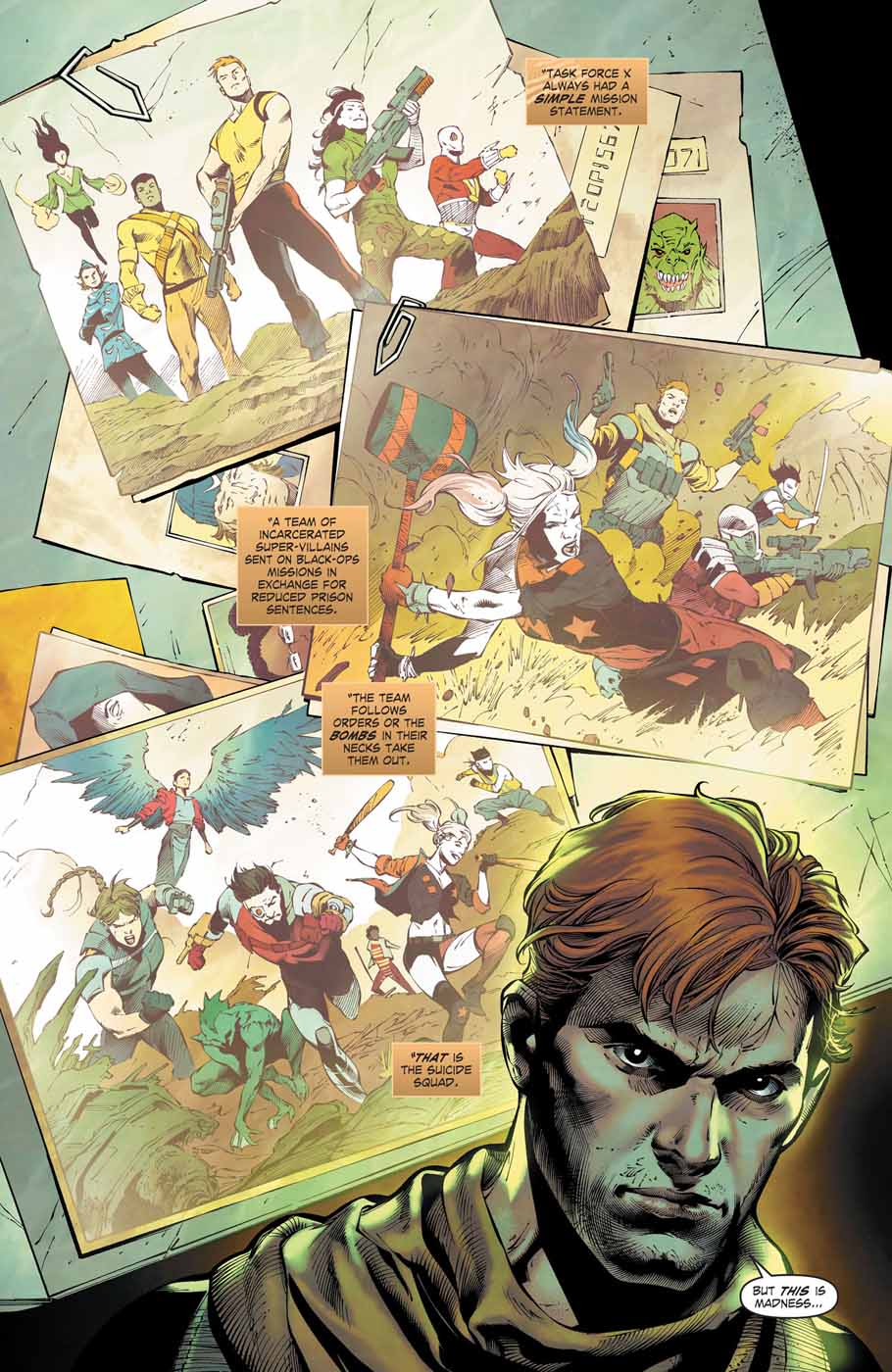 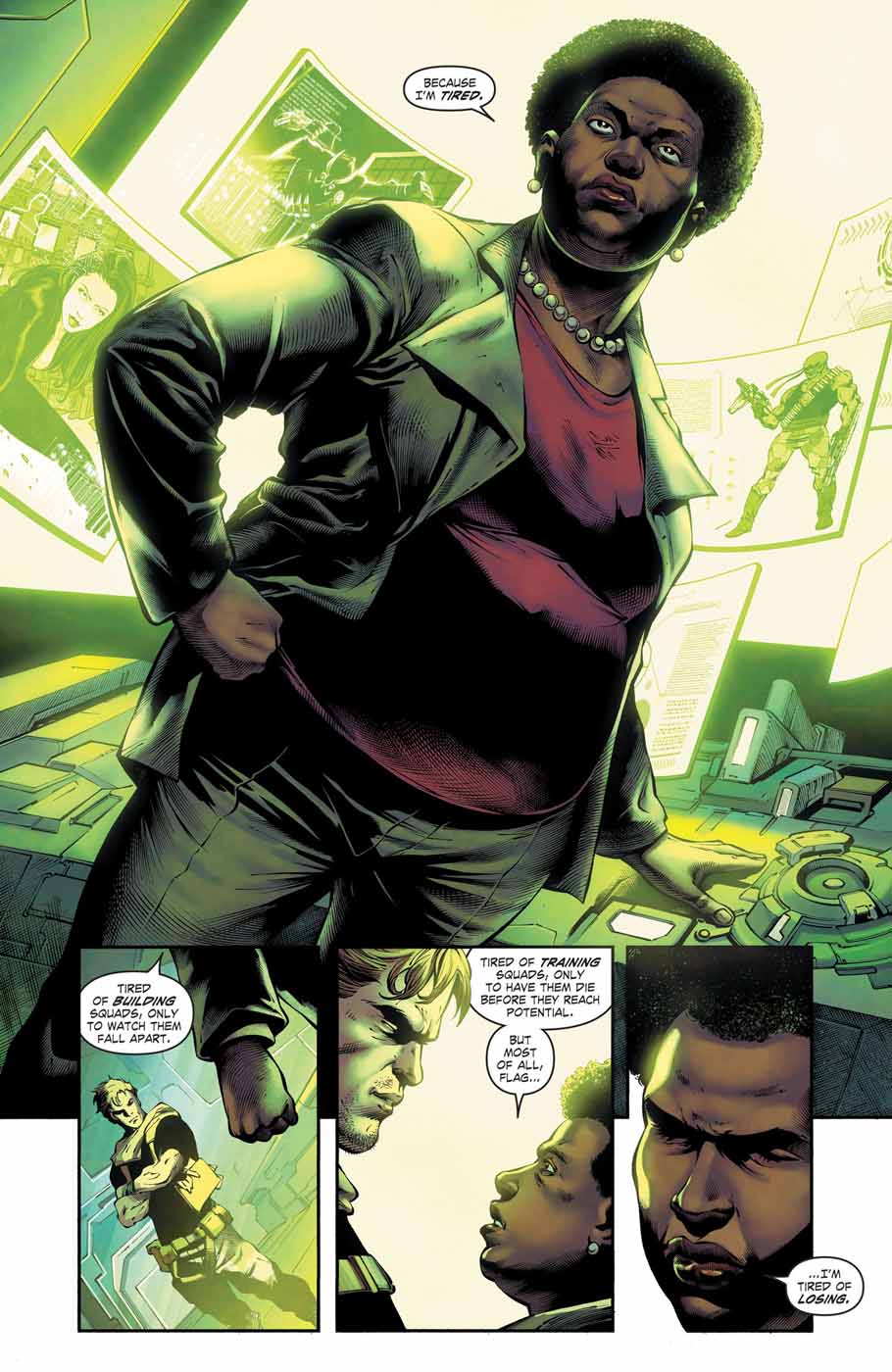