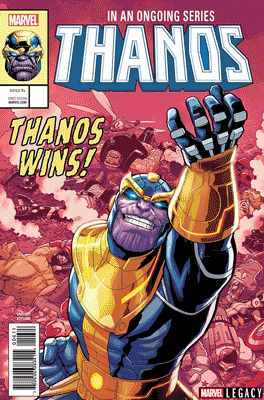 Donny Cates : “I keep coming up with ideas that are just so darkly brutal. I just understand him as a character and as a god. I just keep pushing and pushing and pushing…I don’t want to get too much into what I’m doing, but the basic idea is that…I believe every Marvel hero in the galaxy, if you were to catch them on a dark day and asked them how the world was going to end, they’d say, ‘Thanos, of course.’ He’s just always there.”

Geoff Shaw : “I’m just excited. I get to draw everything. It’s just so big and out there. Not to belabor the point, but Donny told me the pitch too, and I was like, ‘Really?’ It’s out there, it’s crazy, it’s huge.” 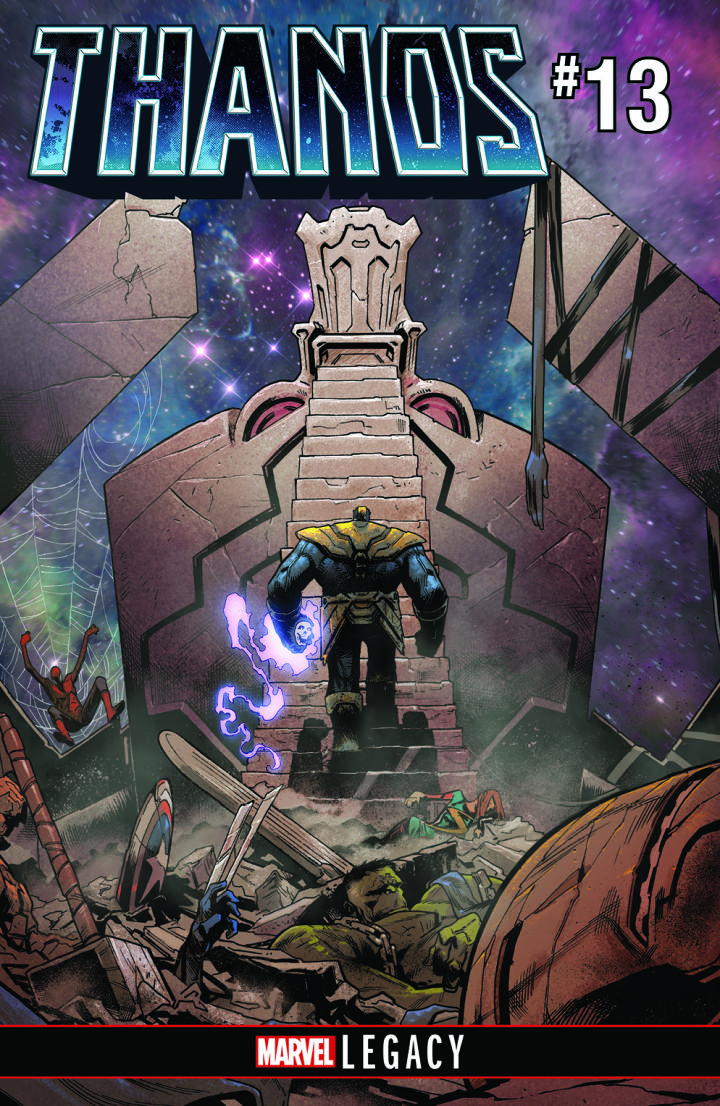 Ask the most powerful beings in the Marvel Universe how they fear the universe will end, and in their most honest moment, they will answer with two words… THANOS WINS. Now… see what happens when he does.

IGN: How will Thanos embrace the idea of Marvel Legacy?

Donny Cates: No one has risen higher and fallen faster than the Mad Titan. Over the years Thanos has come closer to victory than probably any other Marvel villain and has been met with defeat every single time. I mean, he famously killed half of all life in the universe and still wound up on the wrong end of the scorecard. Time and time again, we have seen Thanos falter on the edge of glory. And I for one think it’s about damn time the devil got his due.

We’re going to show you what happens when Thanos wins. And just how…horrific that would really be. For everyone.

IGN: Thanos has had a pretty rough time in his solo series thus far, but now it sounds like he’s going to come out a winner. What can you tell us about what has changed for Thanos?

Cates: Yeah, Jeff Lemire’s run was (IS) just incredible. It was exactly the kind of high-stakes cosmic adventures that I LOVE in Thanos stories. Equal parts grand and poetic and “punch it until it dies” intense. So when Jordan D. White, our editor, offered me the gig, I knew immediately what I wanted to do, and how I was going to do it. Jeff had laid such a strong foundational voice on the book, It was very easy to step into the character and the tone, while also making the book my own.

I’m also just kind of a cosmic Marvel nut and Thanos fanboy already, so this has just been a blast for me.

So yeah, I can’t tell you much in the way of what, exactly, precipitates Thanos’ victory in our story, or even the modality by which it’s achieved. But I can tell you that this is perhaps the strangest and most unbelievably brutal story I have ever written. I’m continually shocked by the things Marvel lets me get away with on this.

I’m not exaggerating whatsoever when I tell you this book has given me nightmares. It’s been hard to shake this one off when I clock off for the day. And let me tell you… having Thanos, especially THIS Thanos in your head when you close your eyes is not something I would inflict on anyone.

IGN: What threats and antagonists can we expect Thanos to clash with now that he’s in such a powerful position? 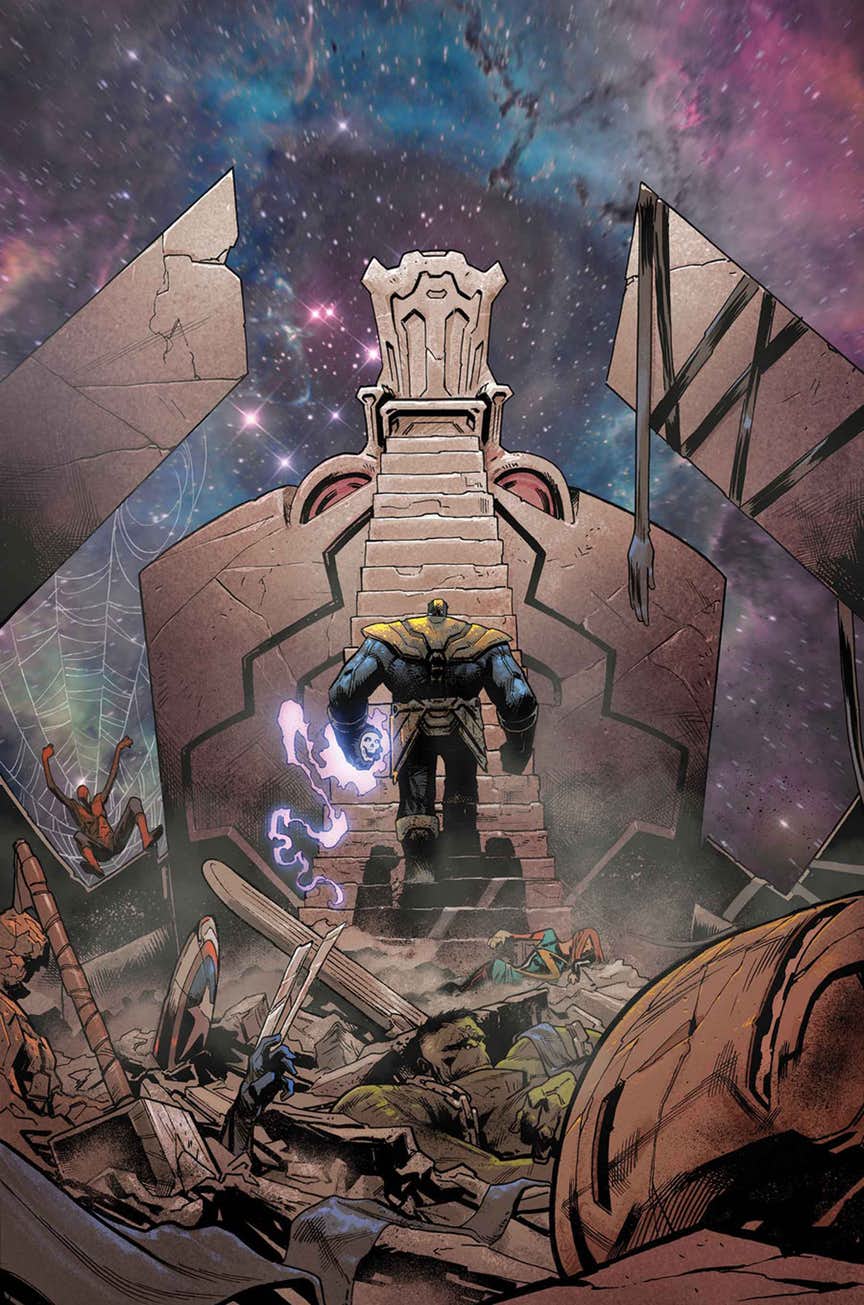 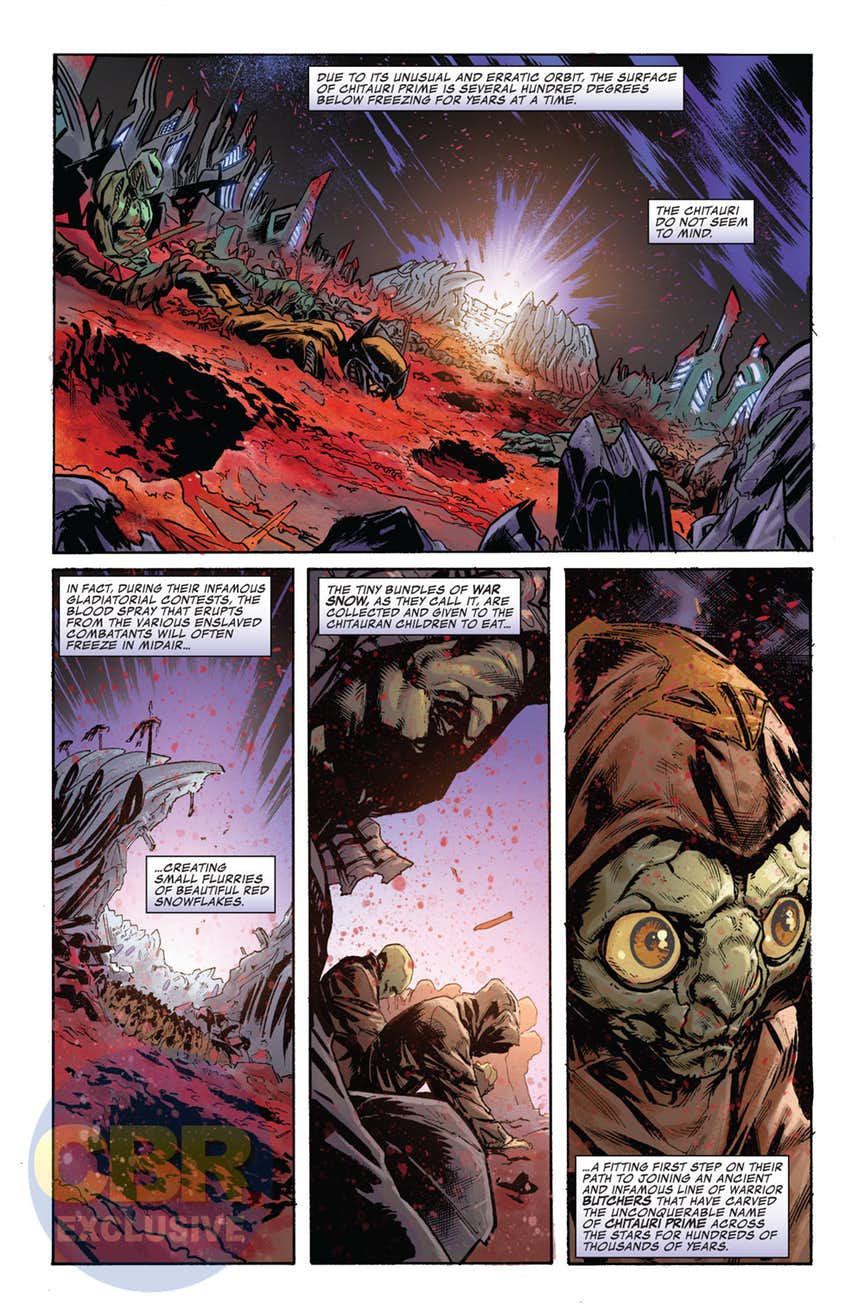 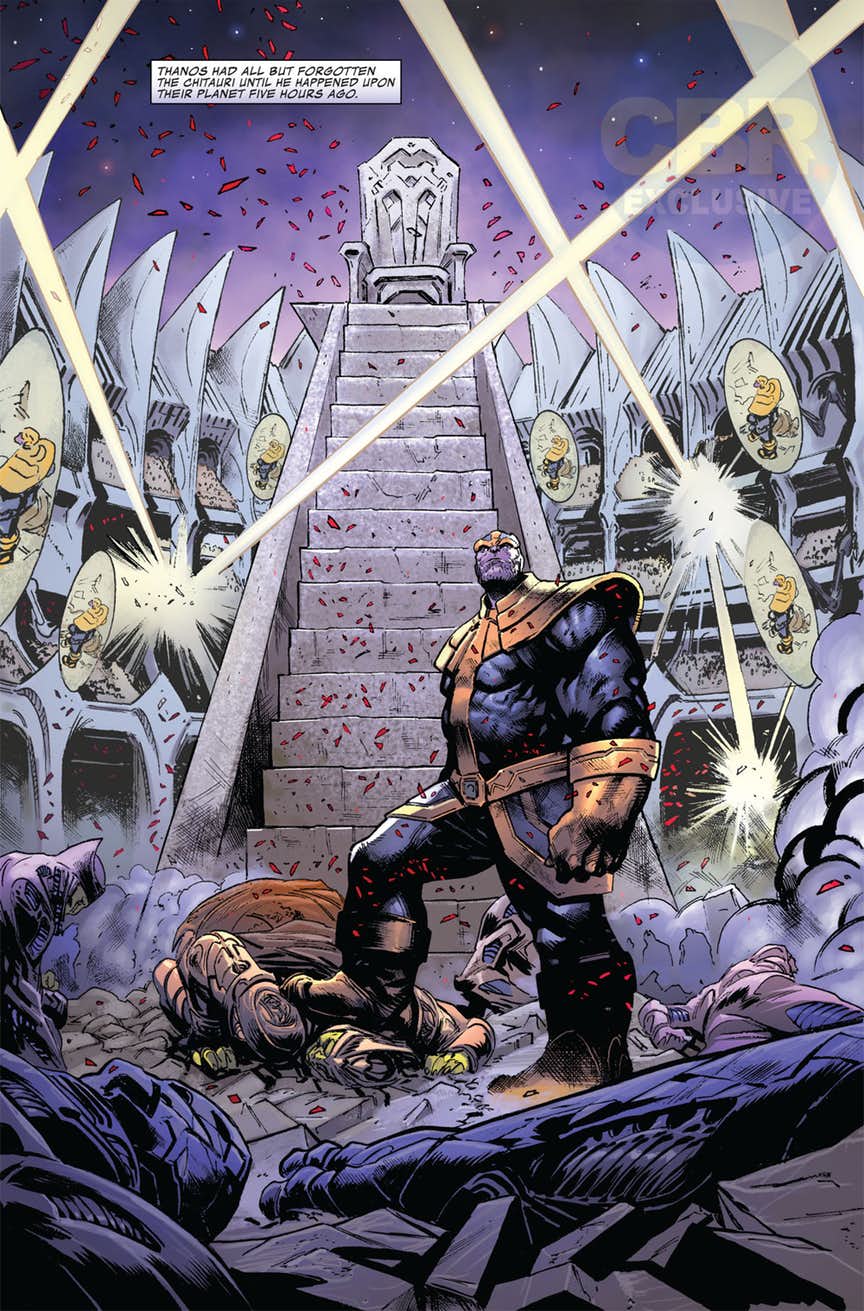 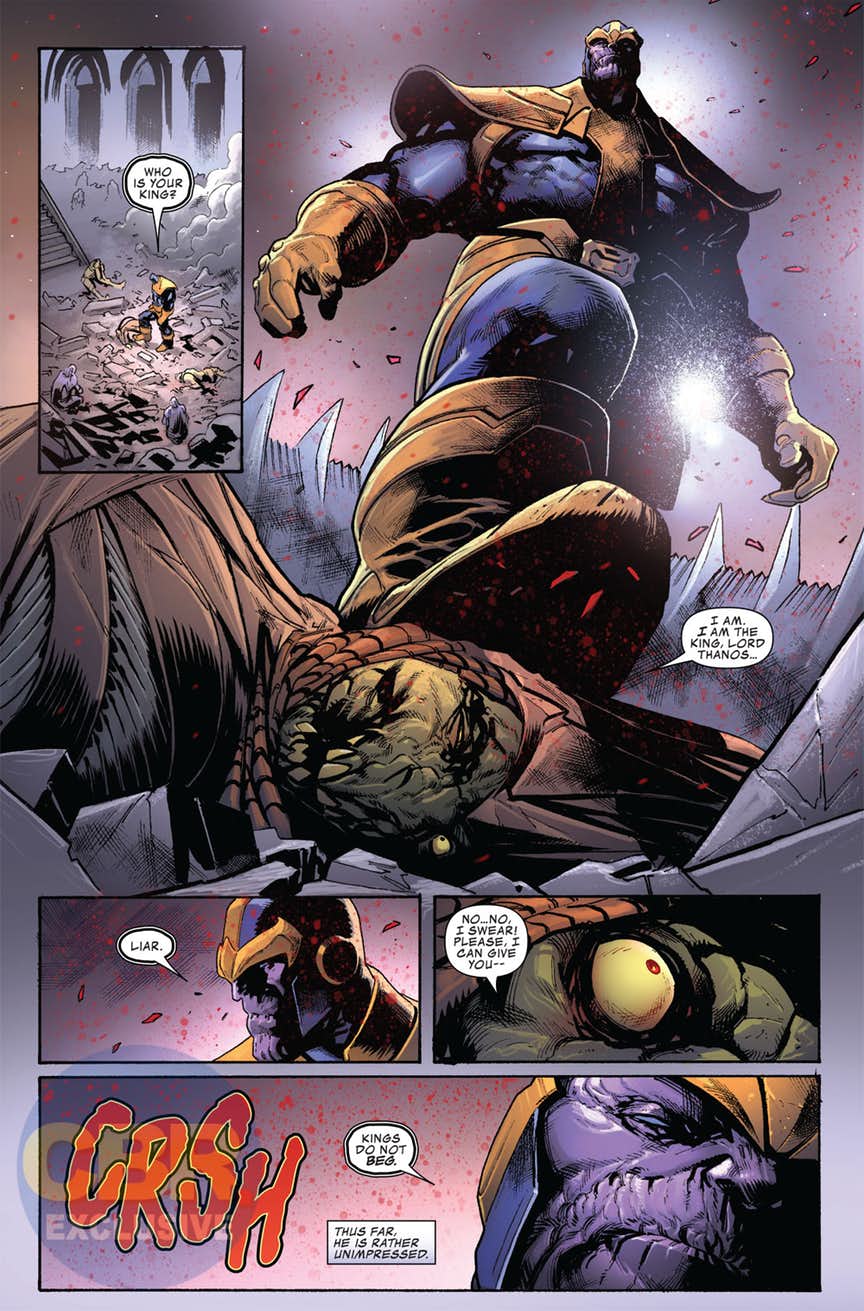 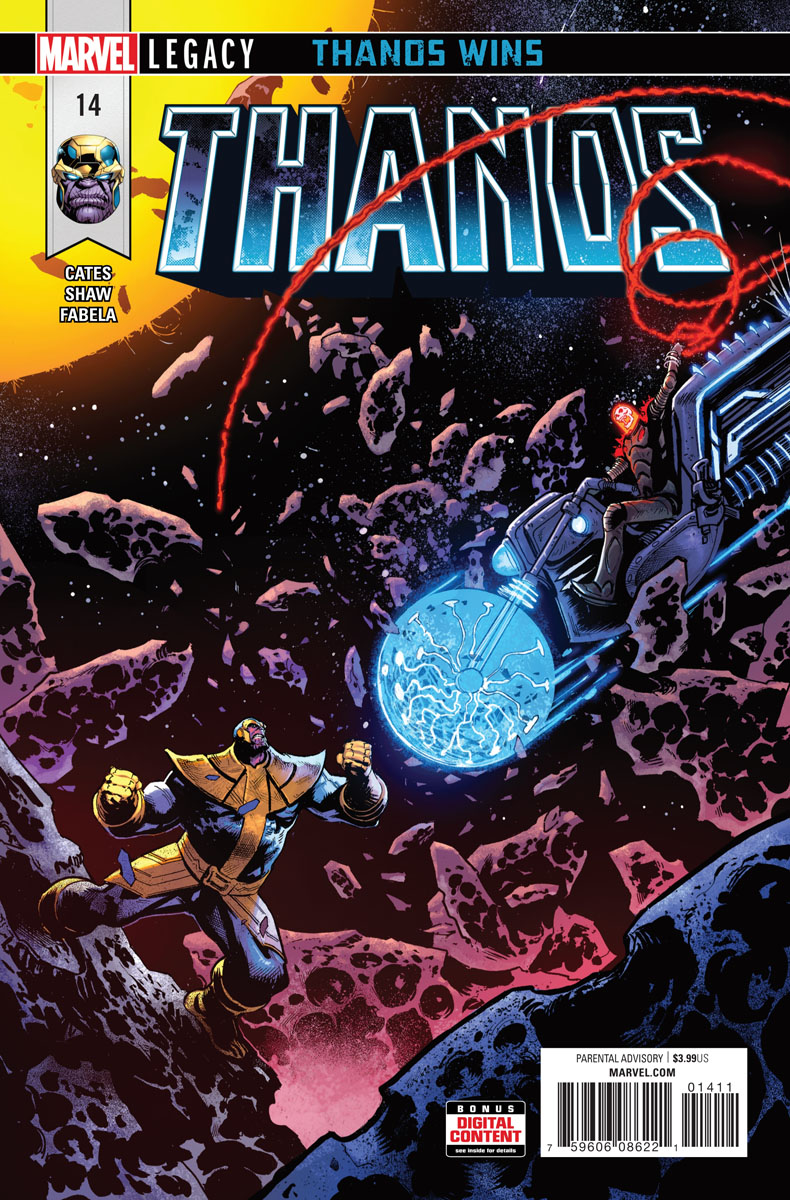 THANOS #14
DONNY CATES (W) • GEOFF SHAW (A)
Cover by Geoff Shaw
Phoenix Variant Cover by RAHZZAH
THANOS WINS Part 2
• Thanos has journeyed to the end of time to the moment of his complete victory…and he’s not happy with what he sees!
• Writer Donny Cates and artist Geoff Shaw (God Country) continue the tale of the Mad Titan’s biggest glory and ultimate shame!
32 PGS./Parental Advisory …$3.99 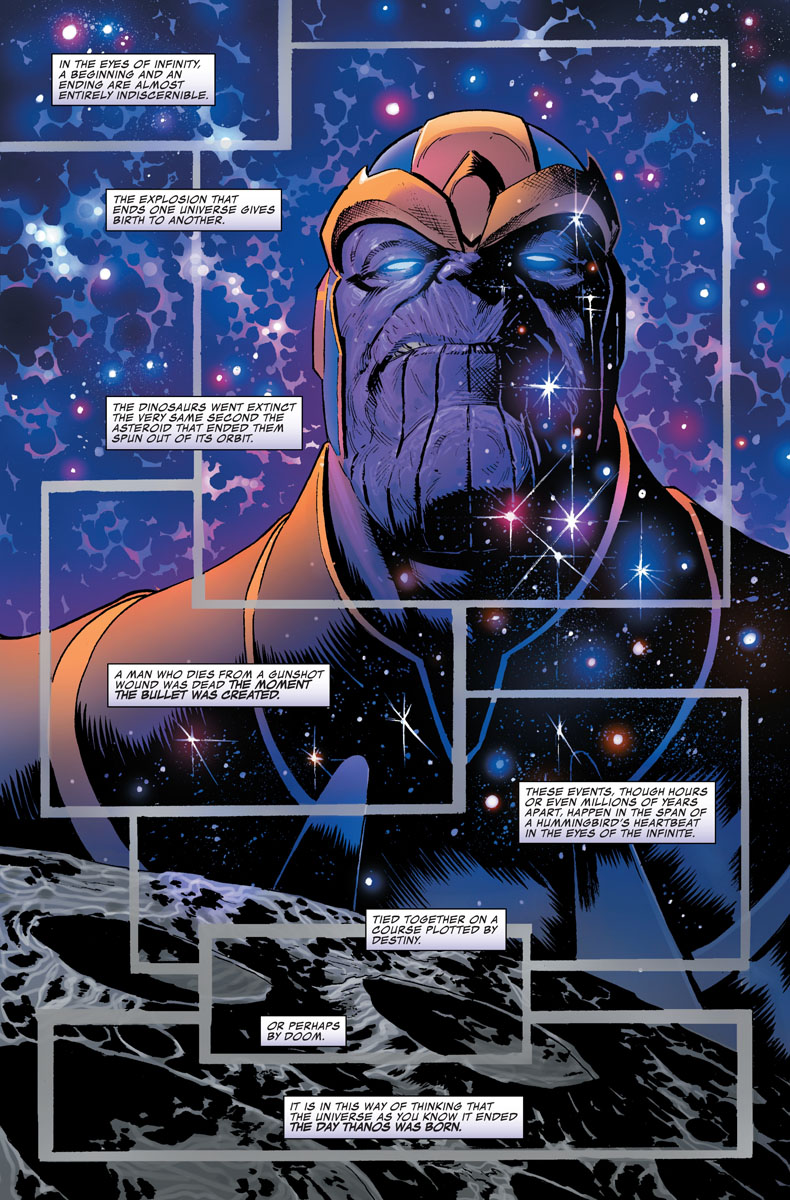 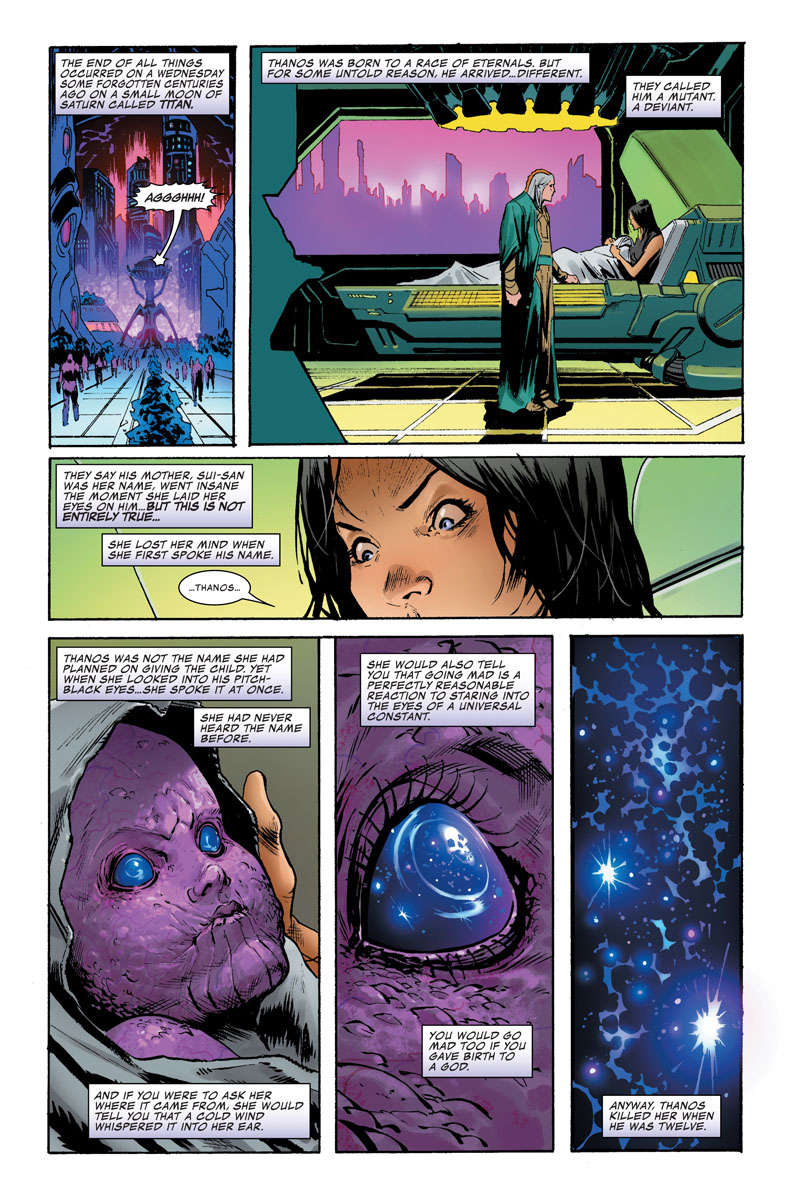 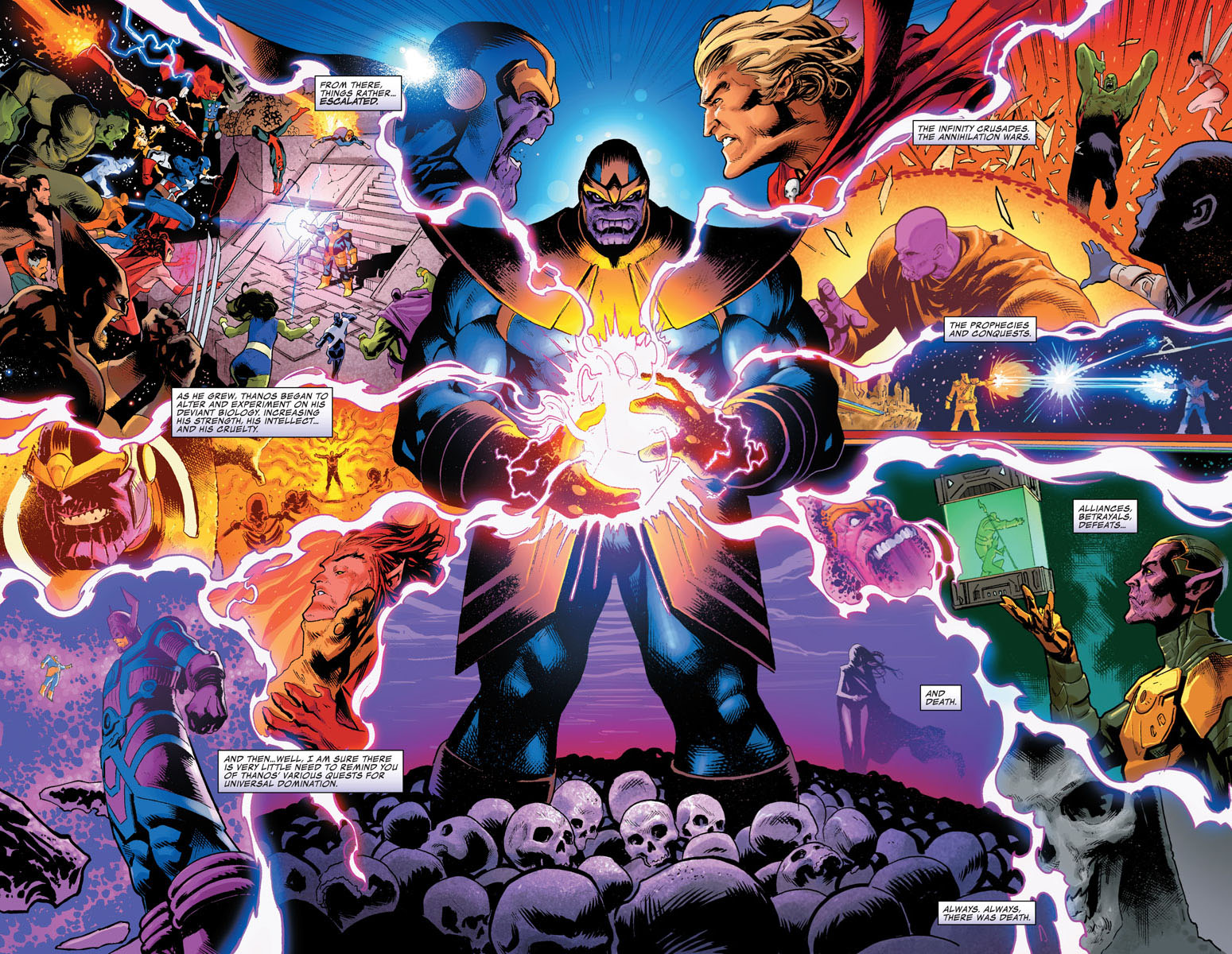 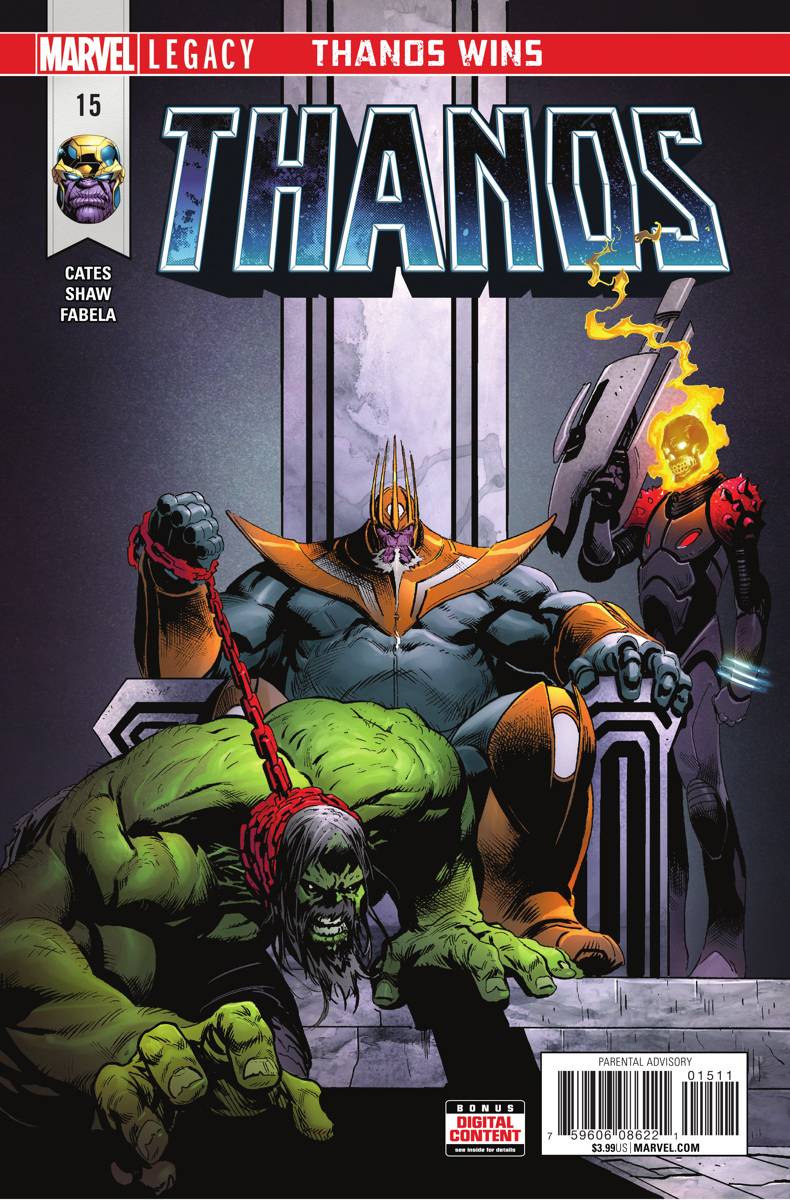 THANOS #15
DONNY CATES (W) • GEOFF SHAW (A/C)
THANOS WINS Part 3
As King Thanos and his Rider prepare to face the coming forces of the Fallen One, he surveys the Universe he’s dominated…just a king and his dog. His big…green…dog…
32 PGS./Parental Advisory …$3.99 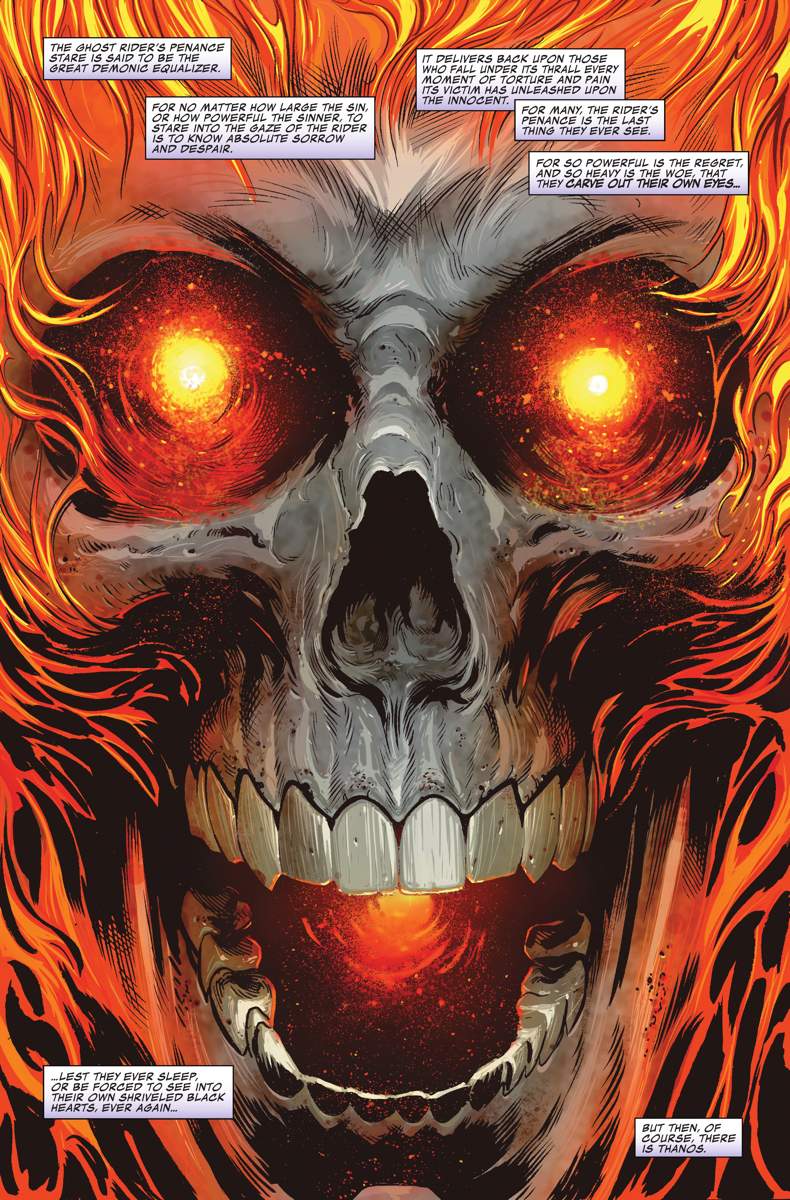 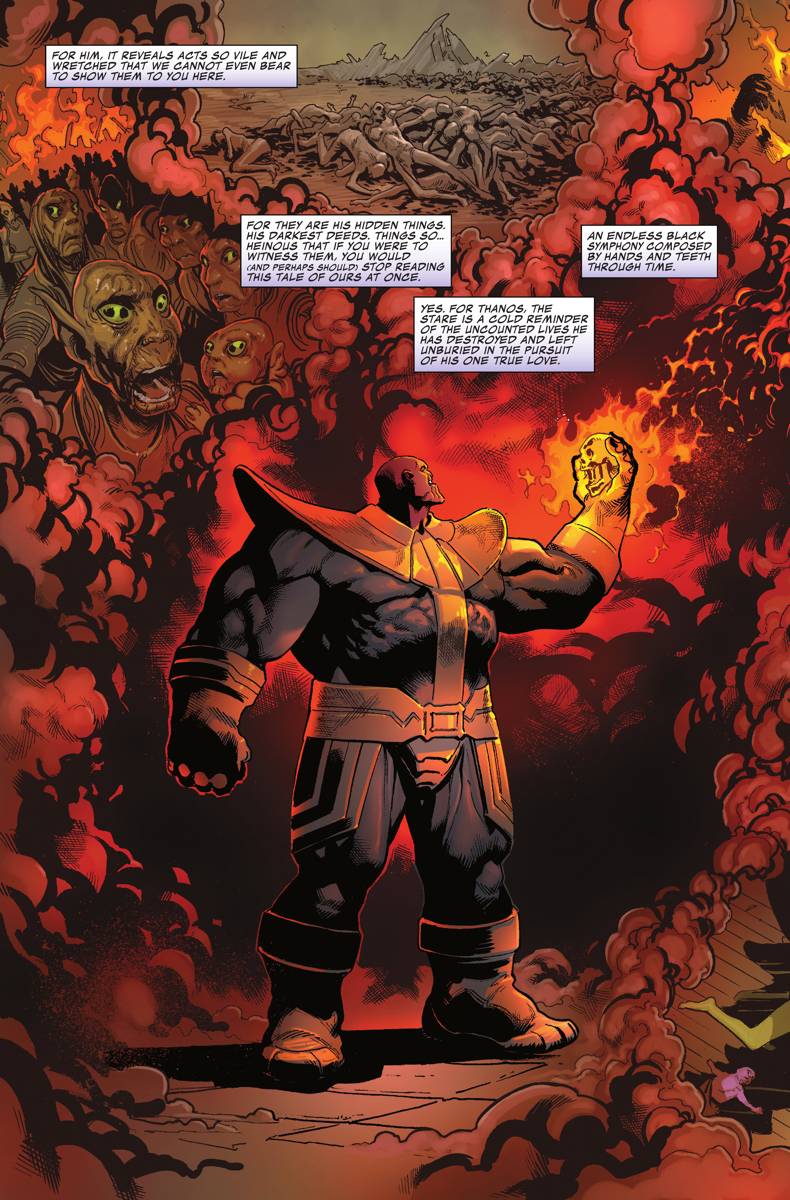 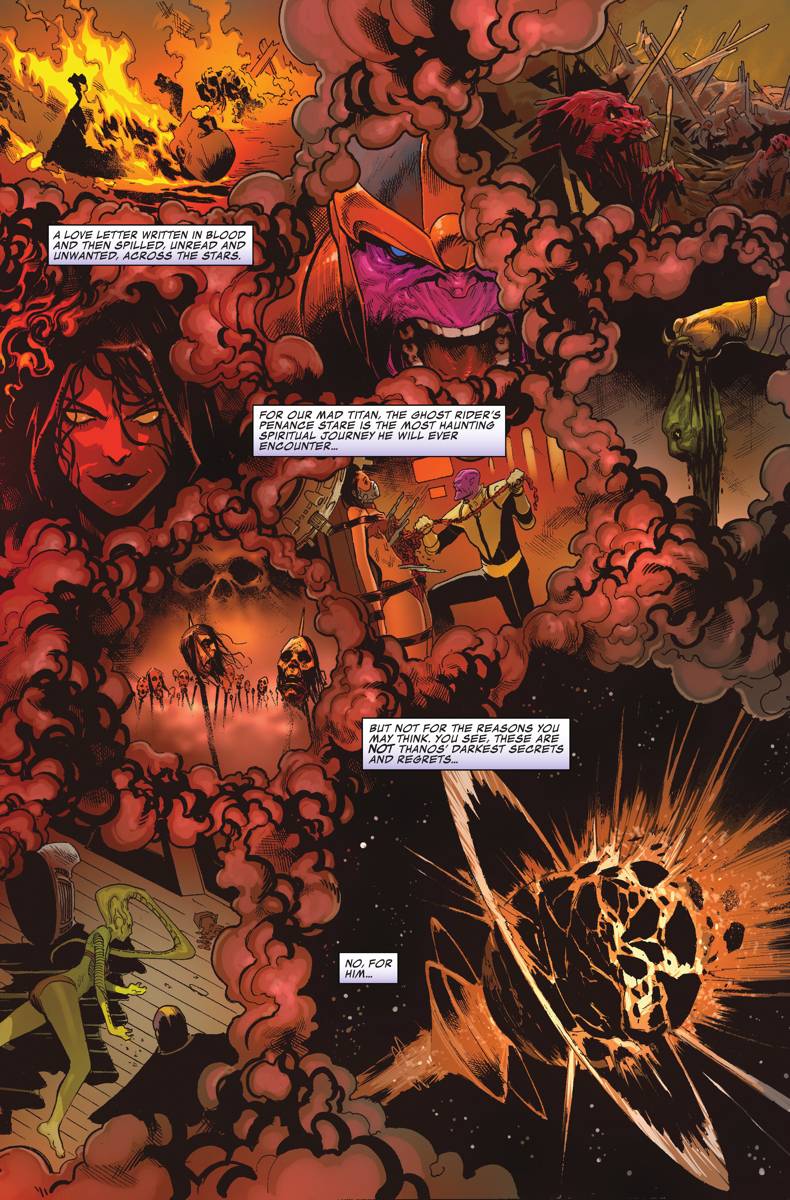 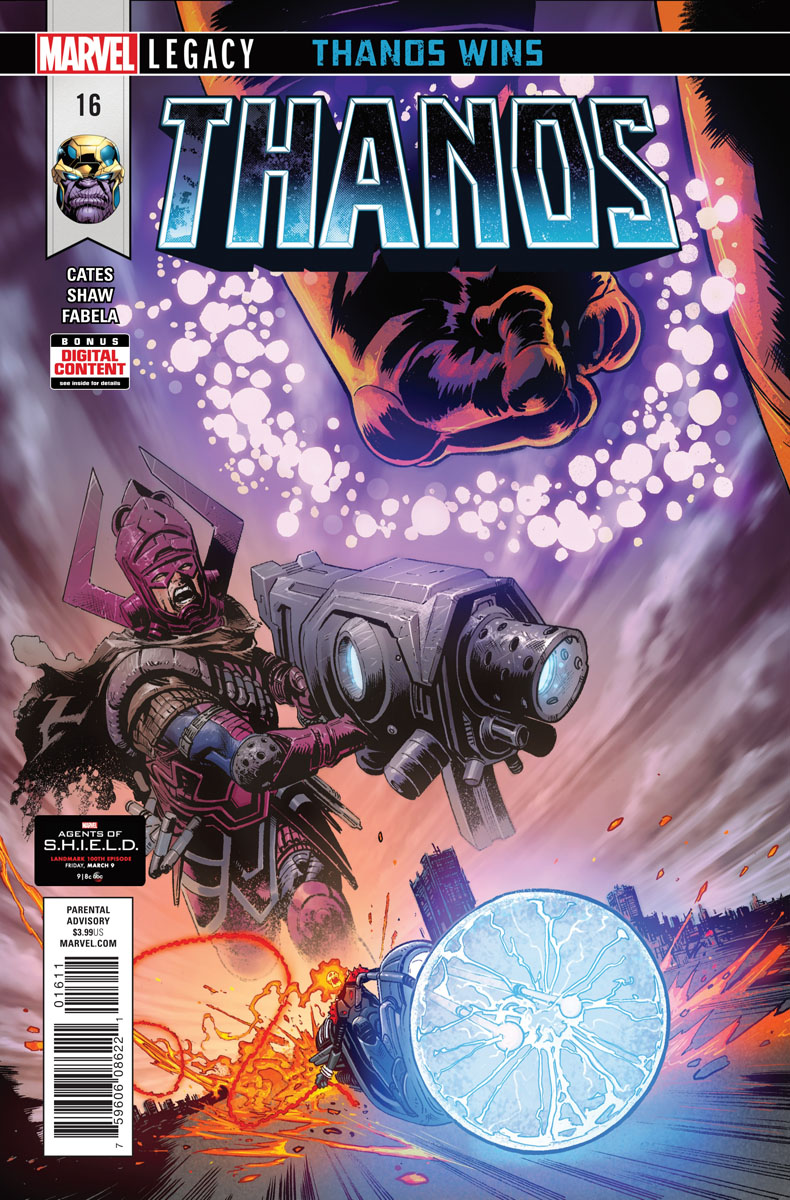 THANOS #16
DONNY CATES (w) • GEOFF SHAW (a/C)
THANOS WINS Part 4
• The secret origins of King Thanos’ right-hand man, the cosmic spirit of vengeance, Ghost Rider!
• Just who IS this madman and how did he become allies with the most evil man in the Universe?
32 PGS./Parental Advisory …$3.99 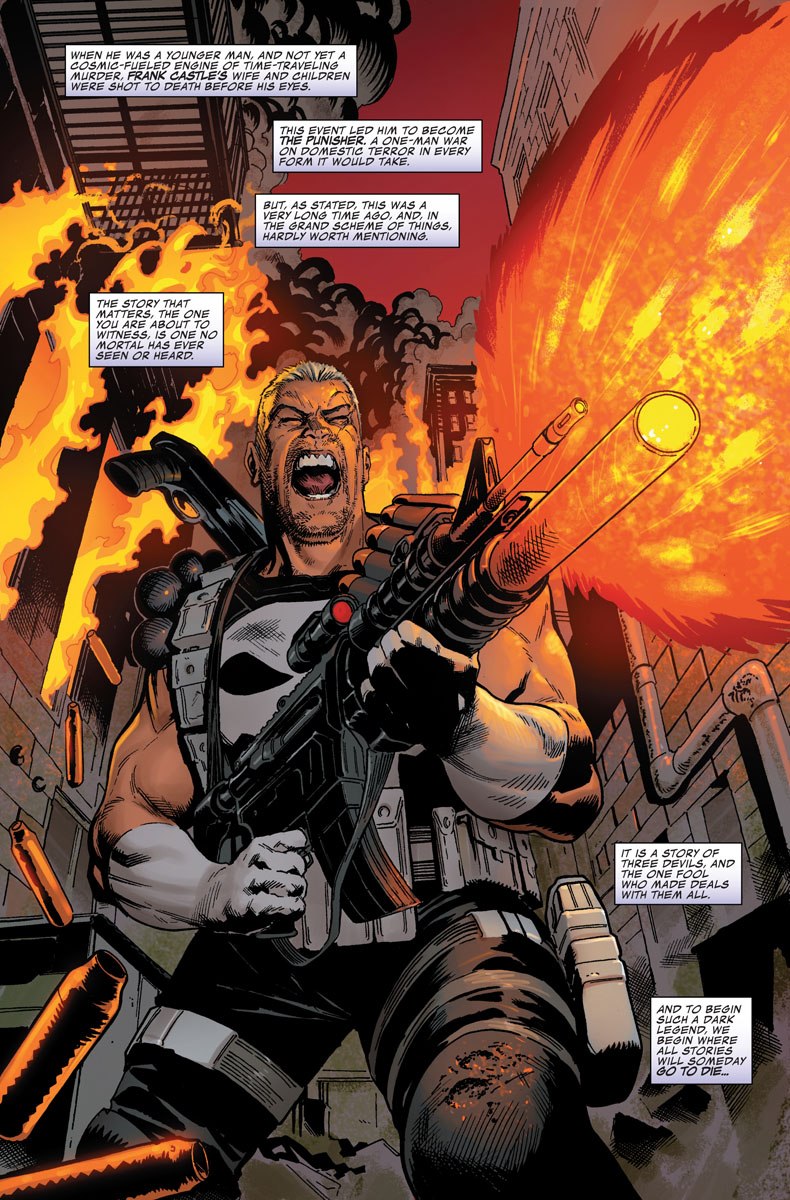 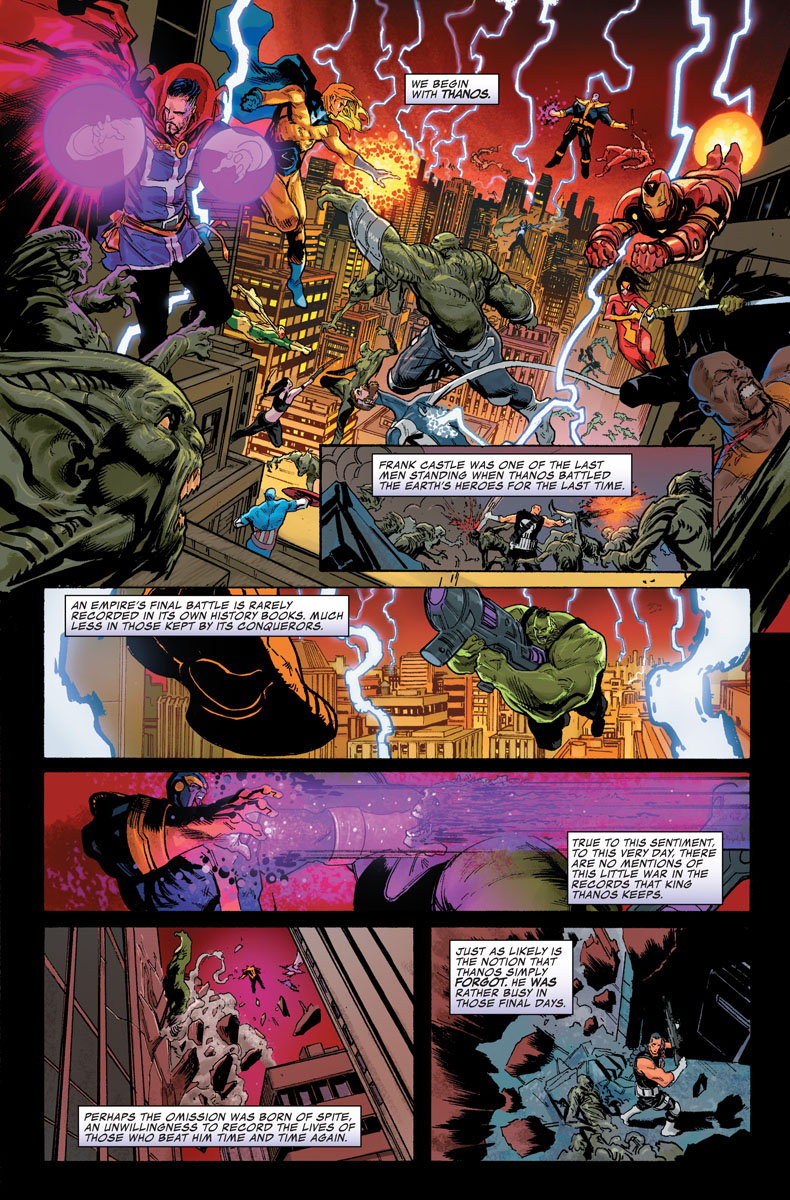 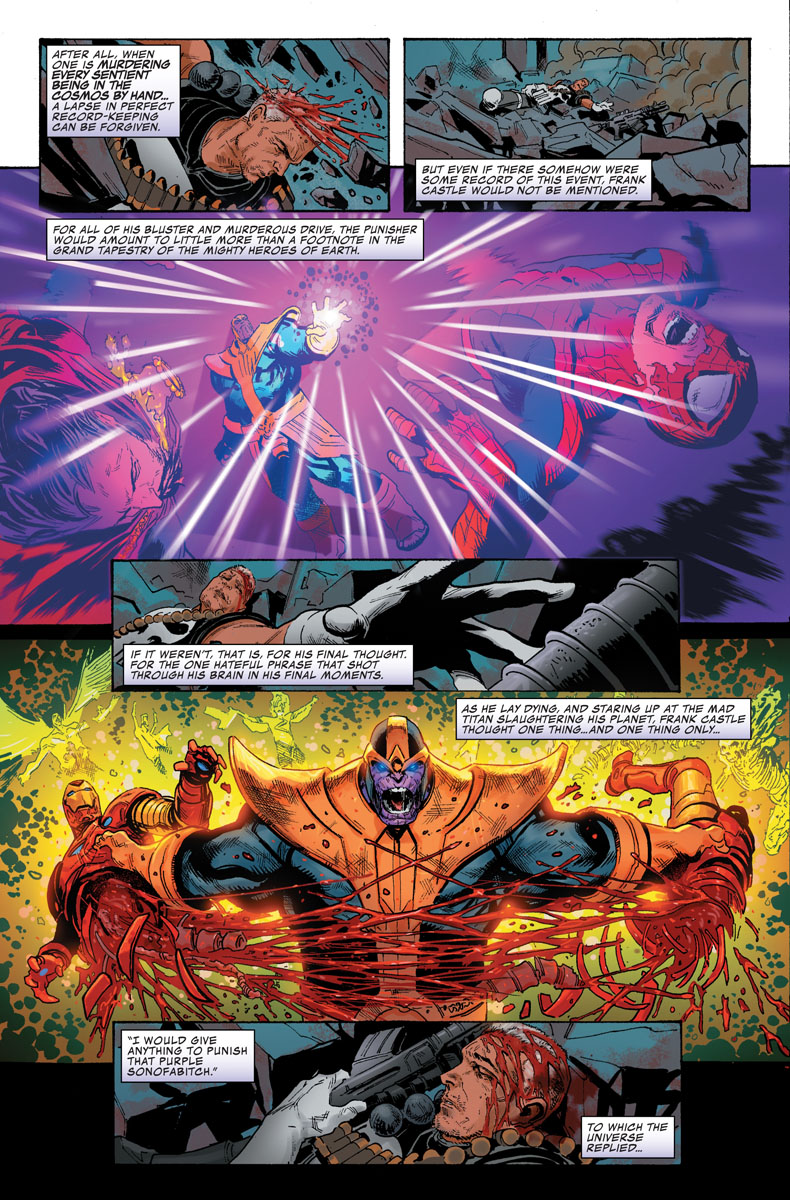 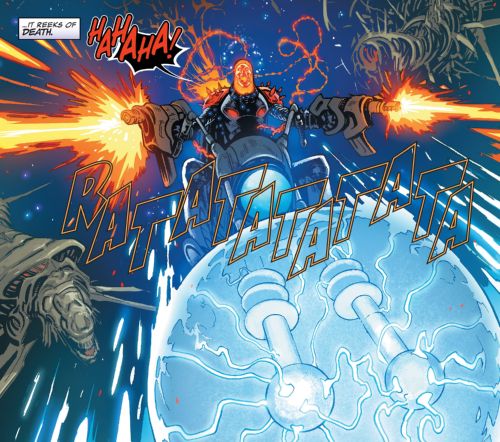 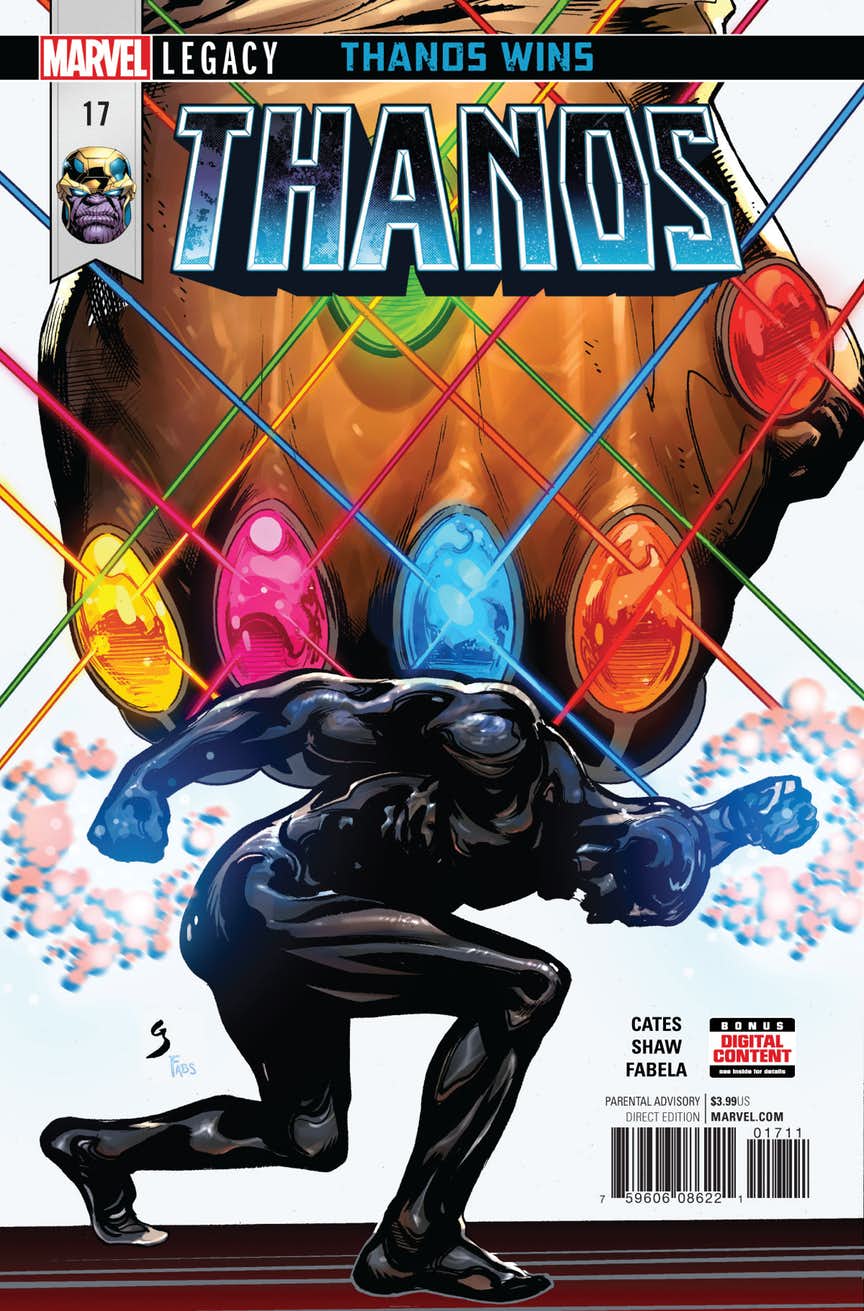 THANOS #17
DONNY CATES (W) • GEOFF SHAW (A/C)
VARIANT COVER BY CHRISTIAN WARD
THANOS WINS Part 5
THE SURFER STRIKES! Thanos and his future self take on the most powerful opposition to his reign left in the universe – Norrin Radd. Can even two Thanoses crack his Cosmic Shell?
32 PGS./Parental Advisory …$3.99 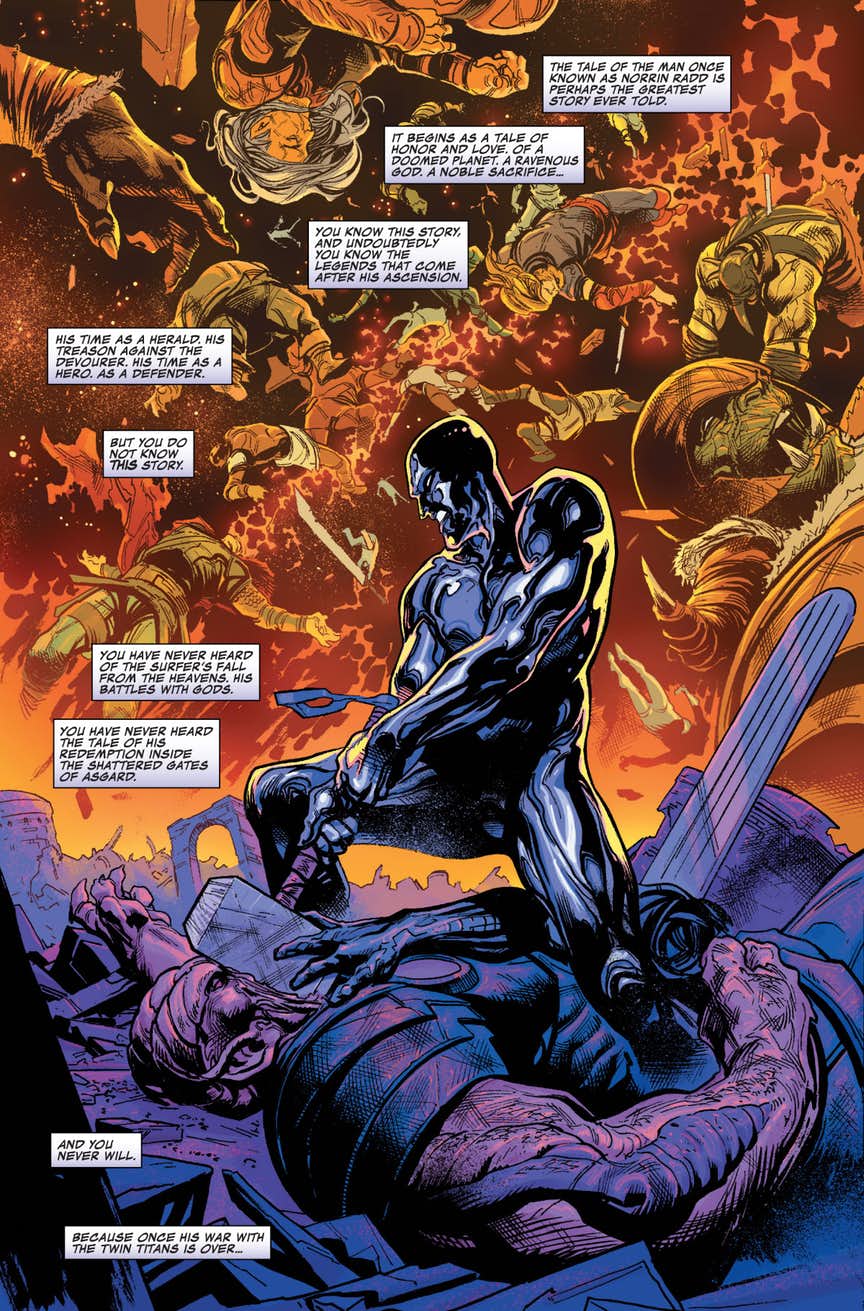 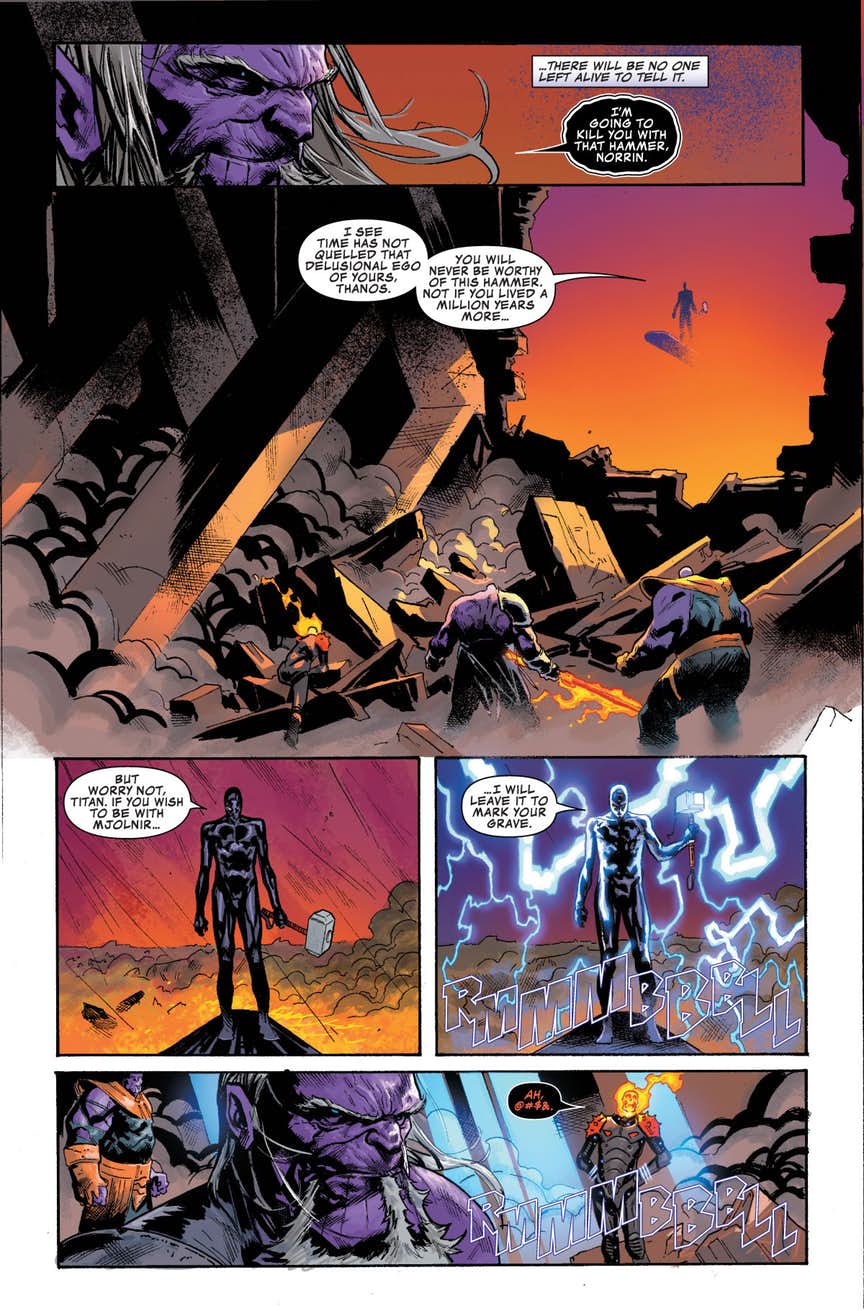 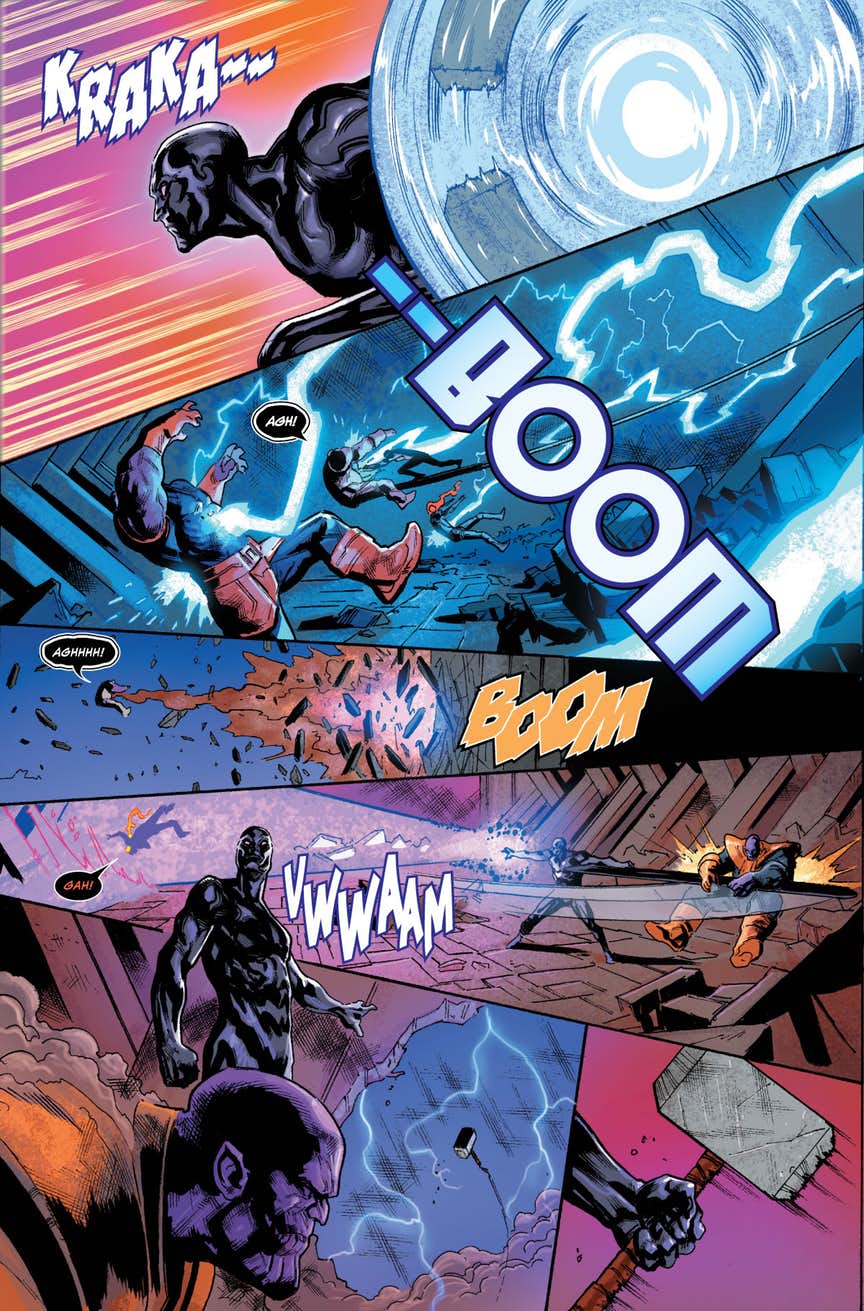 THANOS #18 will, in fact, be @GeoffShaw12 and I’s final issue, and the final issue of the Thanos run for the time being. I want to emphasize that this was OUR call, and it serves a higher story-related reason. Expect to see BIG Thanos stuff this summer. And thank you all SO MUCH.

(W) Donny Cates (A/CA) Geoff Shaw
AT LONG LAST…THANOS WINS!
When there is nothing left to kill, Death comes…to the one who loves her most - KING THANOS. How will the fantastic saga of Thanos, King Thanos and the Cosmic Ghost Rider end?
Parental Advisory
In Shops: Apr 11, 2018
SRP: $3.99