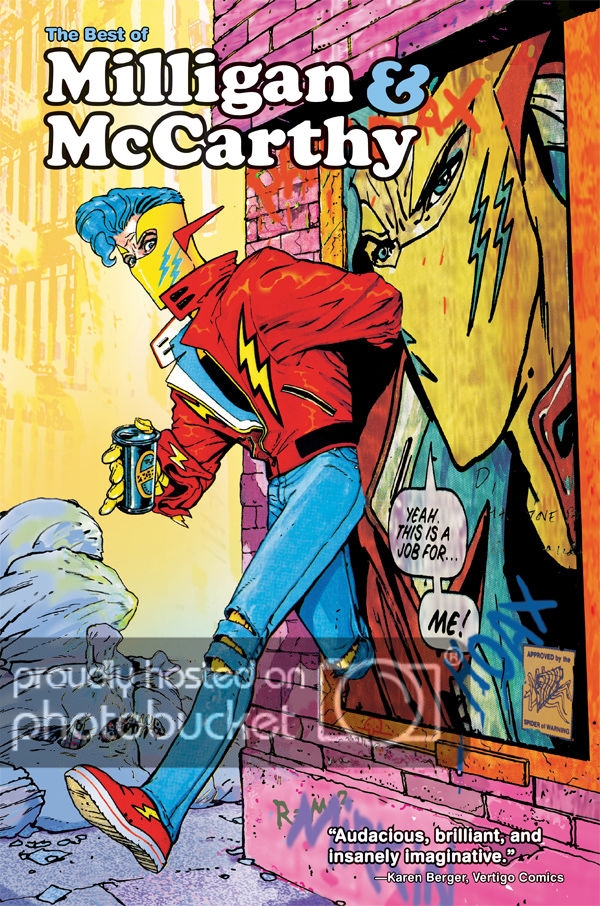 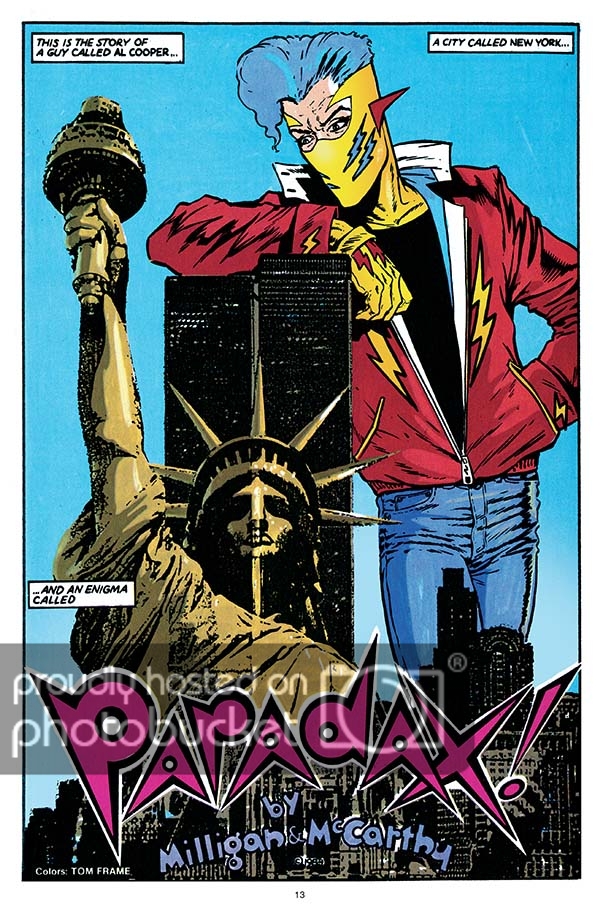 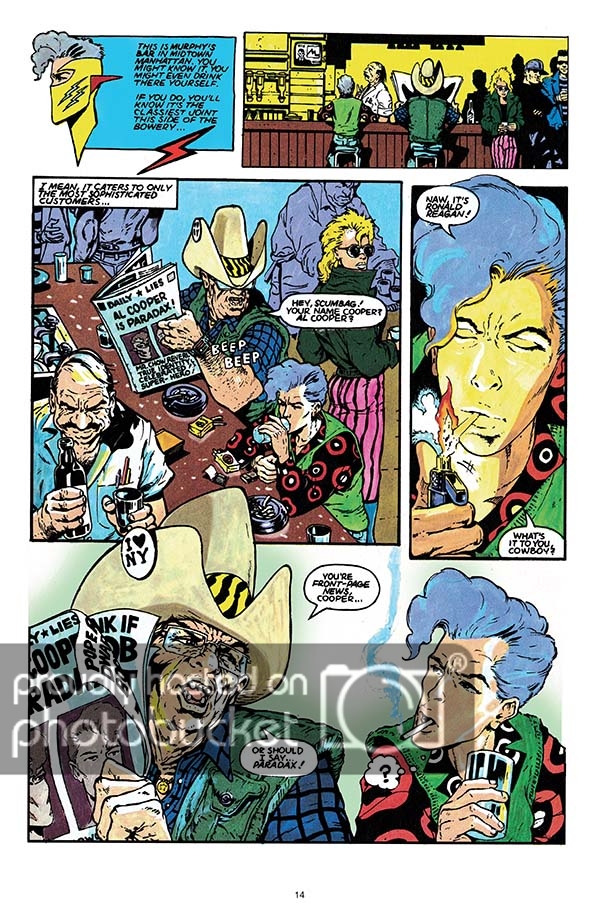 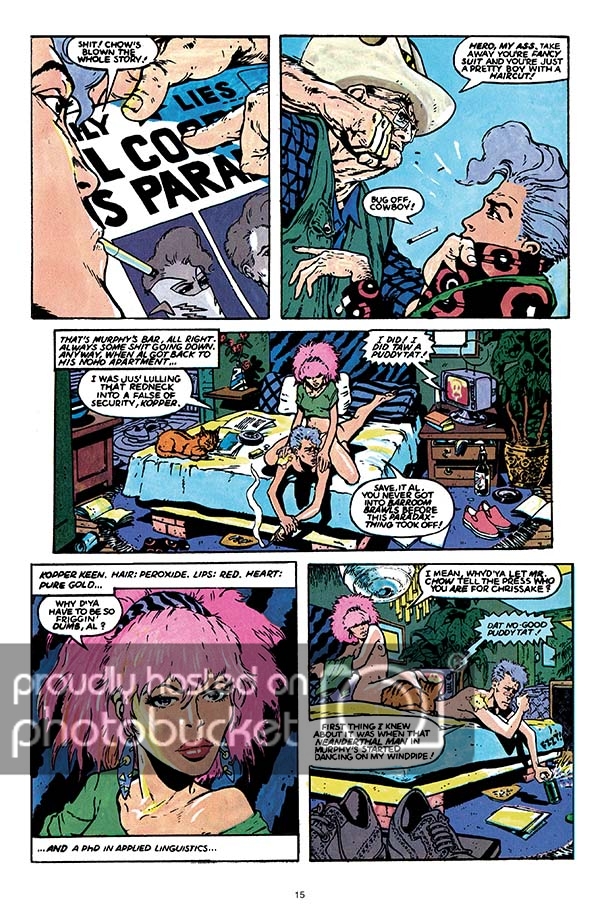 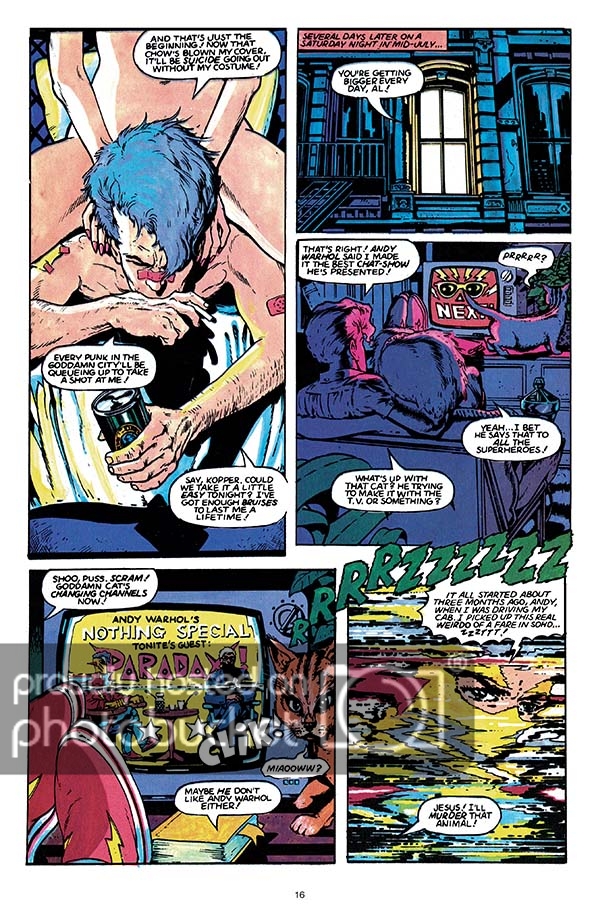 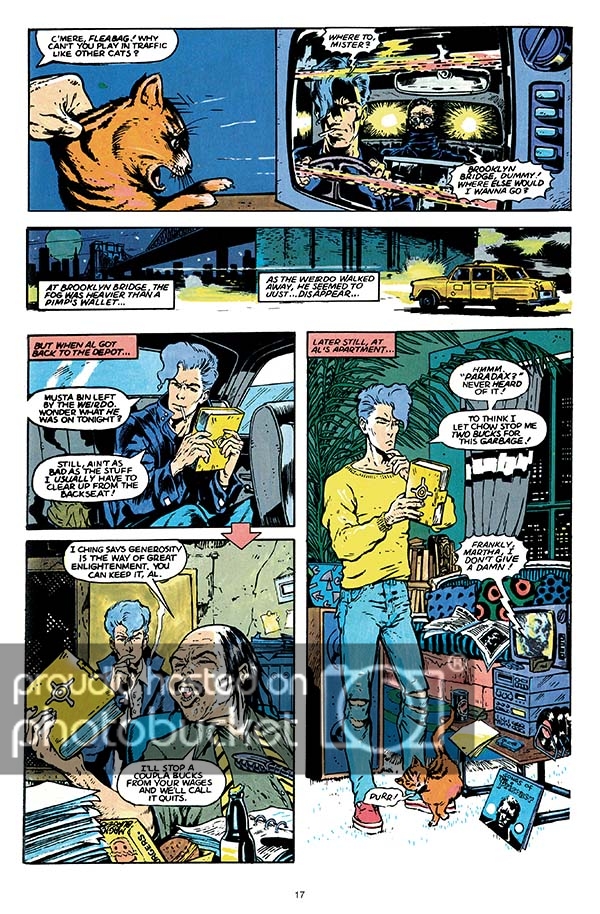 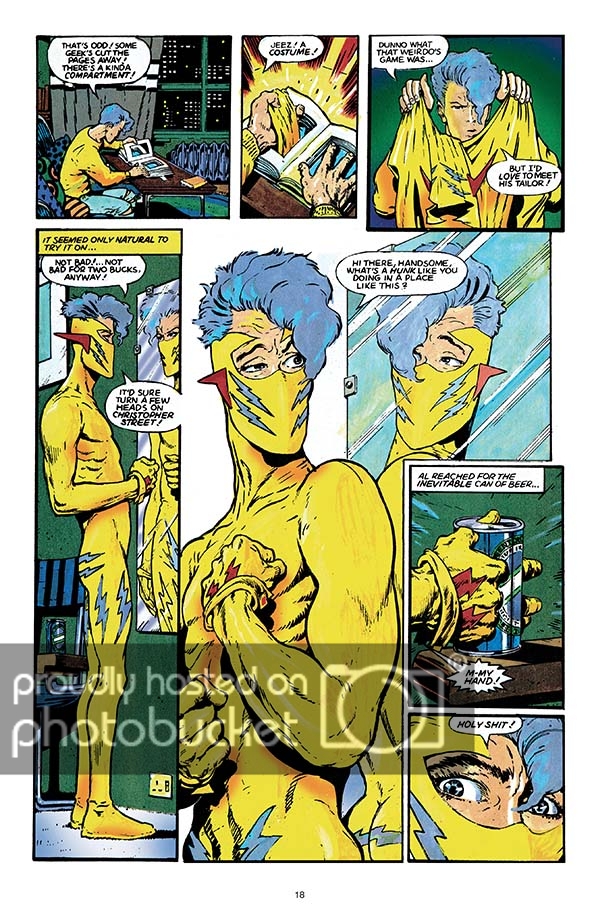 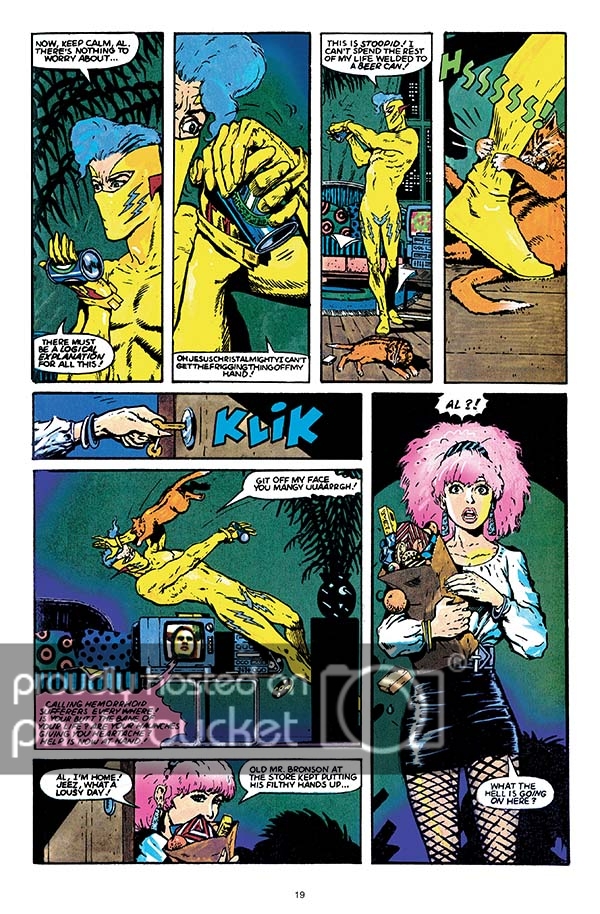 We met when we were both at different art schools. I believe it was Brett Ewins who introduced us. I think we got on well straight away, yeah. I’m not sure about bonding (it certainly wasn’t comics) but the first thing we worked on was ‘”he Electric Hoax,” an insane punk-sensibility, stream of giddy madness that Brendan had got going with the British music publication, Sounds.

There wasn’t anything specific we would “bond” over. … Frankly, that sounds a bit “Lifetime biopic” to me. We were both the same age, from similar backgrounds, both at art schools, so there was a lot of innate understanding already there. Most of it was unspoken and humor-based. I think we both shared an absurdist view of the world. Comics were, to me, a viable vehicle for self-expression, even though when we were starting out, they were seen as being for kids, or smelly people in Star Trek T shirts. I aimed to change all that.

[quote=“Brendan McCarthy”]it’s the sheer variety of the strips and the originality of the material at the time, created mainly throughout the decade of the ‘80s. The novel take on superheroes in Paradax, all that sexy fun and me-me-media frolics, which is now of course very commonplace in the genre, still holds up. It’s pretty silly and flip.

In fact, Paradax seems quite cute looking back on it from today’s brutarian perspective. Still, even The Beatles were revolutionary in their day! All the strips have vivid characters at the center of the action, and that is what still appeals to me.

Creating memorable characters seems like a dying skill in comics these days. It’s why the early Marvel Kirby/Lee material has lasted, and is now engaging a whole new audience at the movies. Character always trumps plot.[/quote]

[quote=“Peter Milligan”]My over-riding feeling was how fresh and new all this material felt. Work changes over time, as you change and the world changes. Paradax, for example, has a kind of innocence that I don’t remember it having at the time. Though that might have more to do with your memory of yourself creating it than the material itself.

I was also struck by how truly insane a lot of it really was and remains. I really feel that if a lot of this material came out now it will still feel groundbreaking and in its own way revolutionary. I suppose my overriding feeling was how much good stuff there was. It seemed that every story we worked on was some kind of classic.[/quote]

[quote=“Brendan McCarthy”]Skin is a very unique achievement in British comics, an absolute gem covered in muck. Crude and awkward, and (seemingly) s**tily drawn and offensively written – it was everything the new aspirational comics shouldn’t be.

Comics were being “gentrified” as the last piece of cultural real estate to be moved in on by that nice, well-behaved “graphic novelist” crowd, so I wanted there to be one, last, obstinate mad bastard who wouldn’t capitulate and sell up. That’s how I came to see Skin and its main protagonist, the thalidomide Martin Atchet.

Anyway, the first publisher got scared and bailed on us and we got passed around for years until Kevin Eastman, laden with loads of Teenage Mutant Ninja cash, God bless him, decided he’d do what all the other spineless poseurs wouldn’t. It’ll be great to see it back out again. It’s a great, troublesome story.[/quote]

[quote=“Peter Milligan”]It’s interesting and telling, the reaction your mother had to the book. Not wishing to make your mum out to be some benchmark for evil and bigotry, but her reaction to the book was pretty much people’s reaction to those “Thalidomide Babies.”

This is what Brendan and I set out to achieve: we wanted our book to have a kind of ill-formed quality: A little monster of a book about a little monster. How Martin Atchett reacted to his disability wasn’t how comic book characters were supposed to react. They were meant to overcome their disabilities, and their struggle was meant in some way to ennoble us.

Instead Skin presents this little working class f**ker trying to get his hand into a well-meaning girl’s knickers. I think the first group who really took offense at the book were the printers working on the anthology Crisis, where Skin was meant to first appear. The printers were offended by Skin and refused to print it. They weren’t offended by the barely legal topless teens and the lurid tales of rape and murder that was the common fare of the Red Tops they printed, but Skin outraged their sensitivities.

Draw your own conclusions about the moral priorities of the country. I’m glad to say that Skin still has the power to shock. I can still imagine some otherwise sweet mother (or printer) refusing to have it in her house.[/quote]