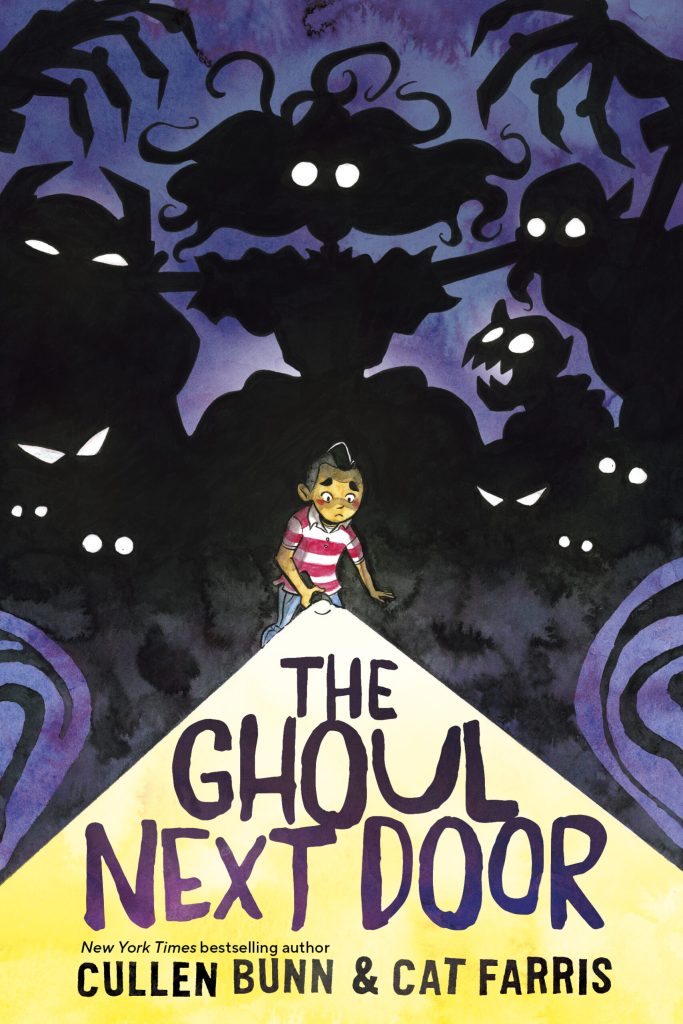 In The Ghoul Next Door , an 11-year-old boy named Grey Brighton befriends a ghoul named Lavinia after she helps him with a history project; a map of the local cemetery. Lavinia presents Grey with presents that are considerate by ghoul standards (and gruesome by human standards). When she brings him home to meet the fam, Grey is given an impossible choice: become a ghoul himself by eating the dead, or die.

Lavinia helps her friend escape, only to put them both on a collision course with the spirit of a vengeful witch. The witch threatens to hold Lavinia captive, unless Grey helps steal the witch’s mortal remains which the ghouls have been snacking on.

Can Grey find the courage to face death in the land of the ghouls to save his friend’s life?

HarperCollins plans to release the book on July 31, 2021.