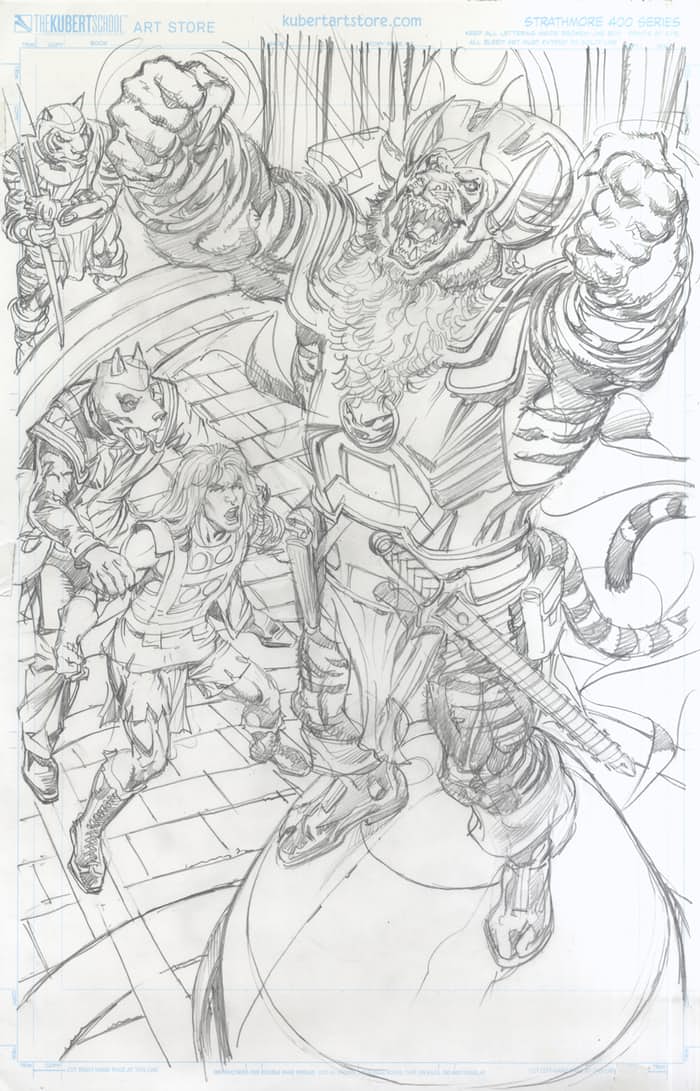 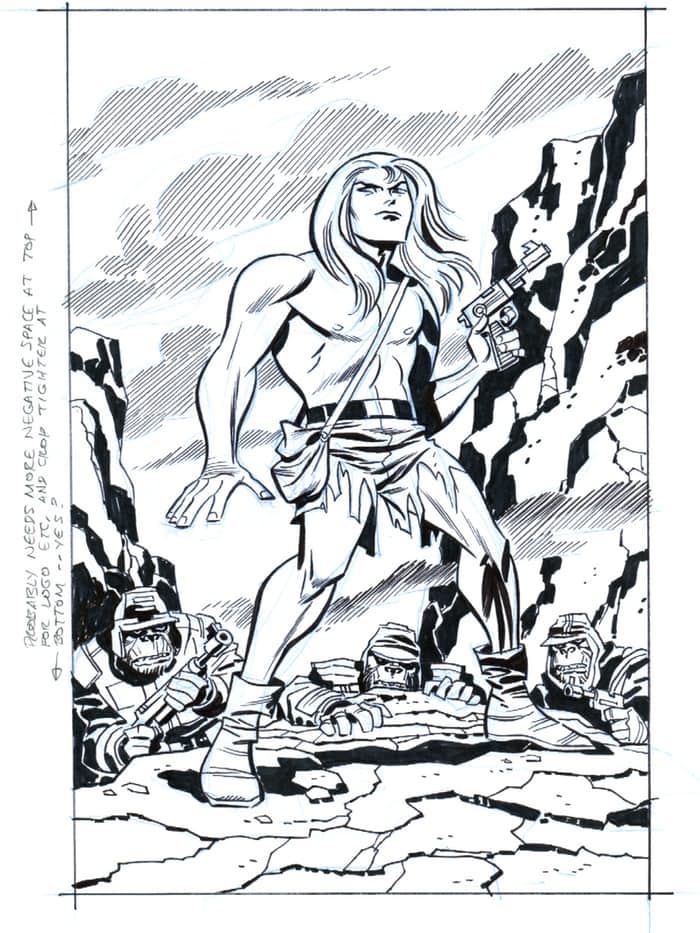 The 12-page prologue that I’m doing the art for - that kind of came after the fact. I don’t know how it came up, but Dan felt that he needed some type of prologue, a small story to get you into the main story.

And I’ve got to assume that the reason he approached me was because we had so much fun doing O.M.A.C. together, which was another Jack Kirby character.

And when I’m doing these books, I can kind of channel Jack Kirby; if not an honest representation of him, I can at least capture the spirit of the character. Or at least, that’s what Dan says.[/quote]

Prepare to take part in one of the greatest adventures from the infinite future of the DC Universe, and join the industry’s top creative teams in a round-robin, no-holds-barred, storytelling extravaganza titled THE KAMANDI CHALLENGE! 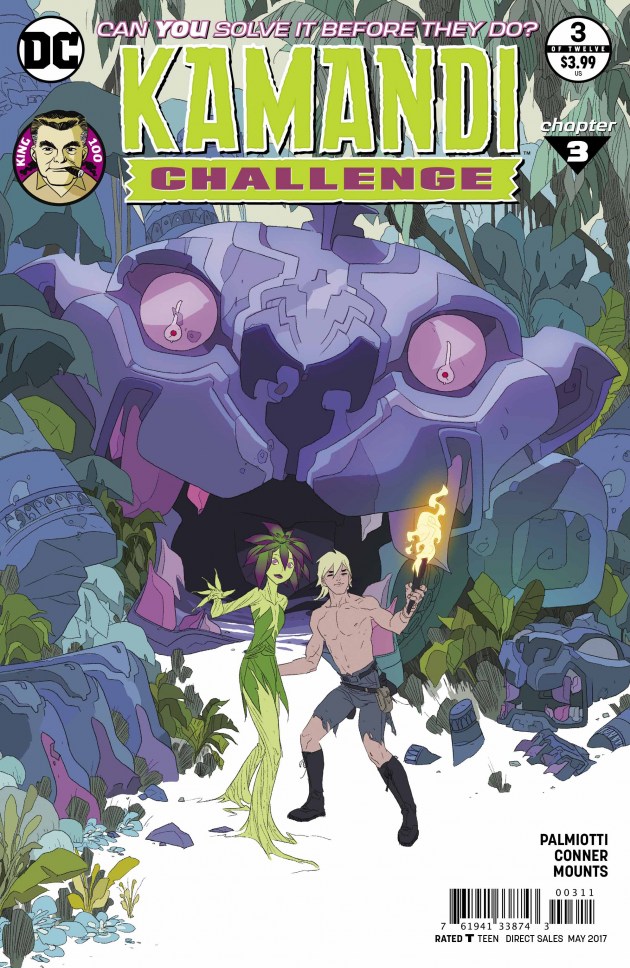 [quote]THE KAMANDI CHALLENGE #3
Written by JIMMY PALMIOTTI
Art by AMANDA CONNER
Cover by BEN CALDWELL
Variant cover by AMANDA CONNER
After the stunning cliffhanger of the last issue, the red-hot team of writer Jimmy Palmiotti and artist Amanda Conner takes the wheel and steers us toward a wild new adventure. Now, Kamandi is embraced by the God Watchers as a holy messenger! Can he keep up this charade long enough to survive? Or will the truth lead to the end of the last boy on earth?
On sale MARCH 29 • 32 pg, FC, 3 of 12, $3.99 US • RATED T
[/quote] 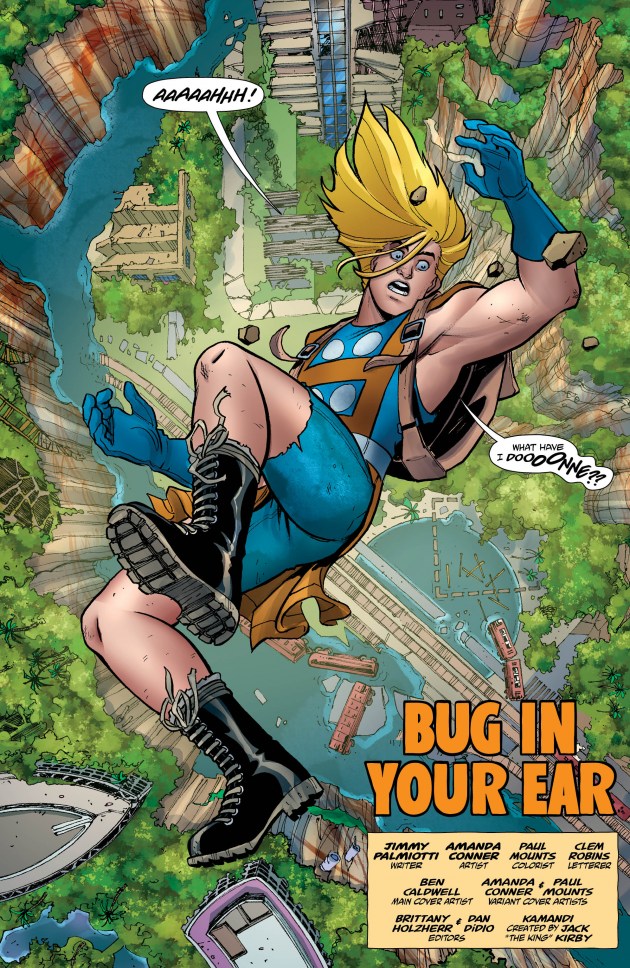 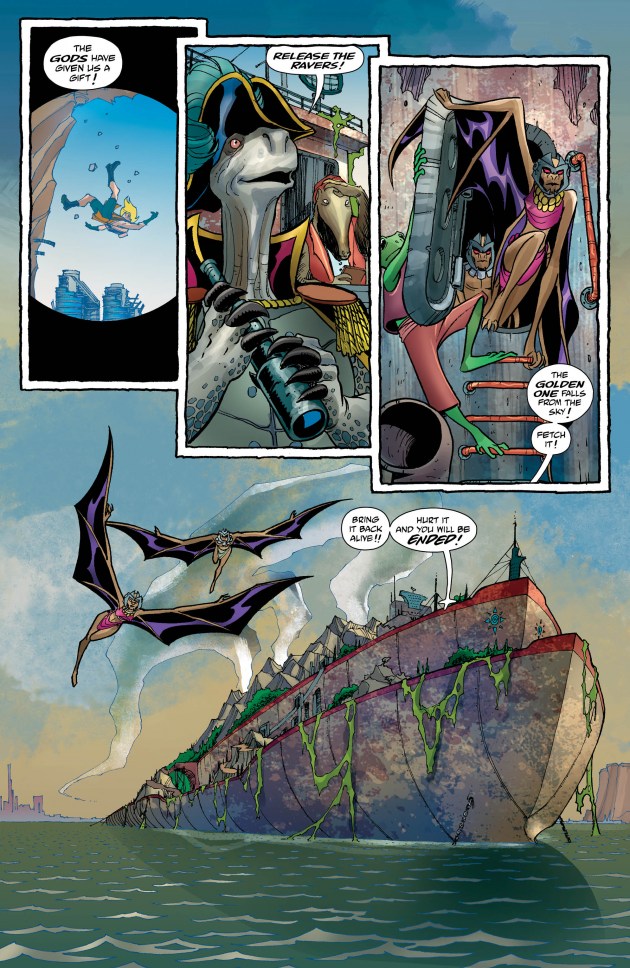