« And on top of that, I got sick—a resurgence of the detox-related fatigue problems that stem from my bout with mercury poisoning, and the assorted side effects that come with it. »

« That one’s been delayed a little, as Marvel wants to get everything back on firmer footing before launching a brand-new and fairly ambitious series. It’s a big, sprawling book with connections all throughout Marvel history, so it’s fun to do and a lot of work, and we really want to have it launch the best it can. »

« The Marvels #1 will kick off a fascinating new saga set in the spectacular 616 that spans decades and will range from grand adventure to intense human drama, from street-level to cosmic, and star everyone from Marvel’s very first heroes to the superstars of tomorrow. This sprawling story will play with the grand tapestry that is Marvel Comics in an exhilarating new way by diving headfirst into Marvel history to tying together unsolved mysteries, make brand-new connections between characters, and reintroduce long-dormant threats. Along the way, readers will be introduced to exciting new heroes and villains like Threadneedle, Warbird, and Kevin Schumer, and be reacquainted with new takes on classic characters such as Lady Lotus. »

“We introduce three new characters in The Marvel #1 – one who’s very much on a human level, one wrapped up with superhero history and ties beyond Earth, and one who’s outright weird and cosmic and will usher us into a bigger, stranger, deeper world," Busiek said. « Threadneedle is that third guy, as I expect you can tell. And yeah, Alex did an astounding design of Threadneedle, didn’t he? Quirky and trippy, and nothing like anyone else Marvel’s had in stories before. And that’s all very intentional. Make sure to keep an eye on him. He’s got fascinating secrets. » 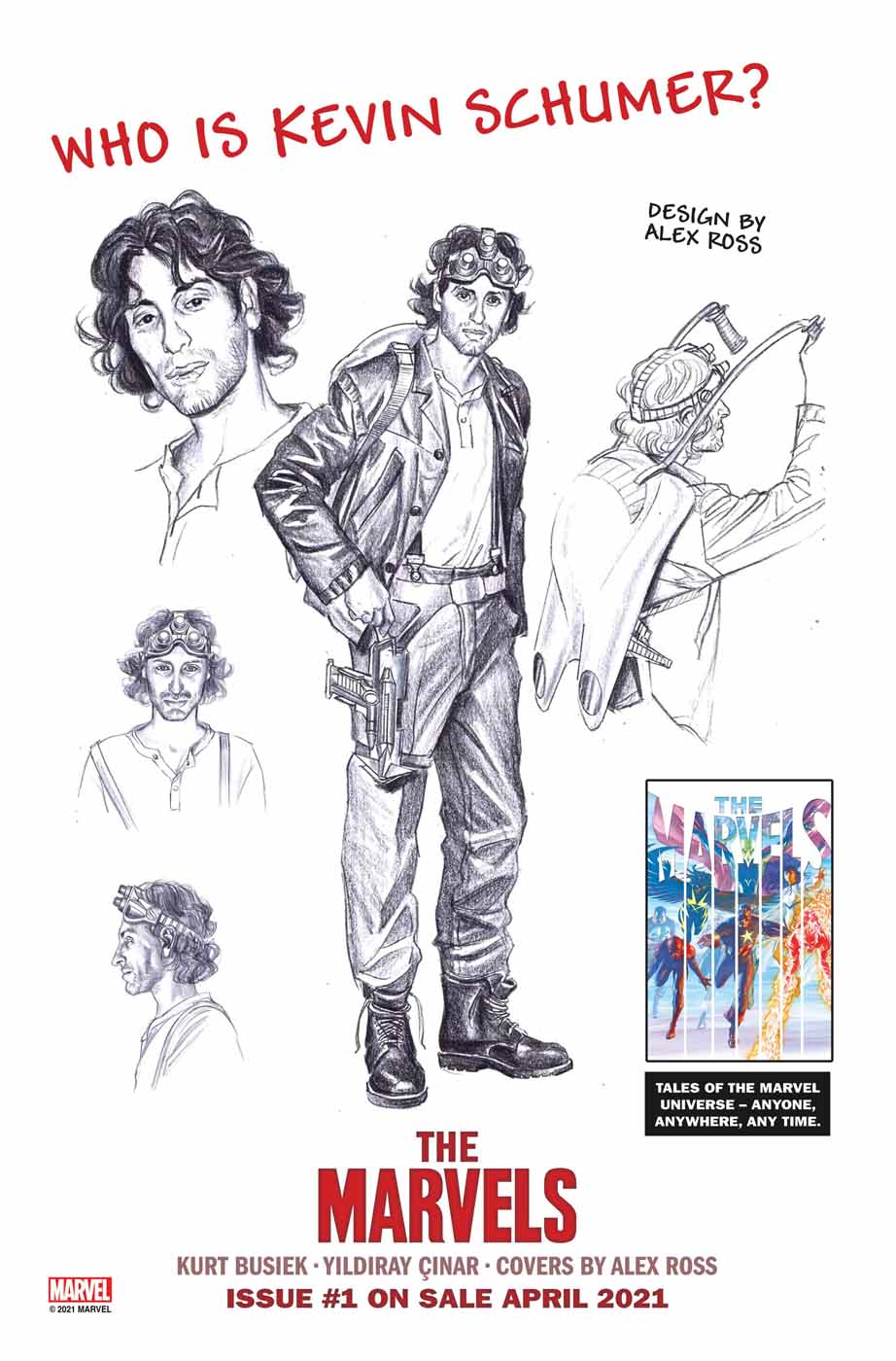 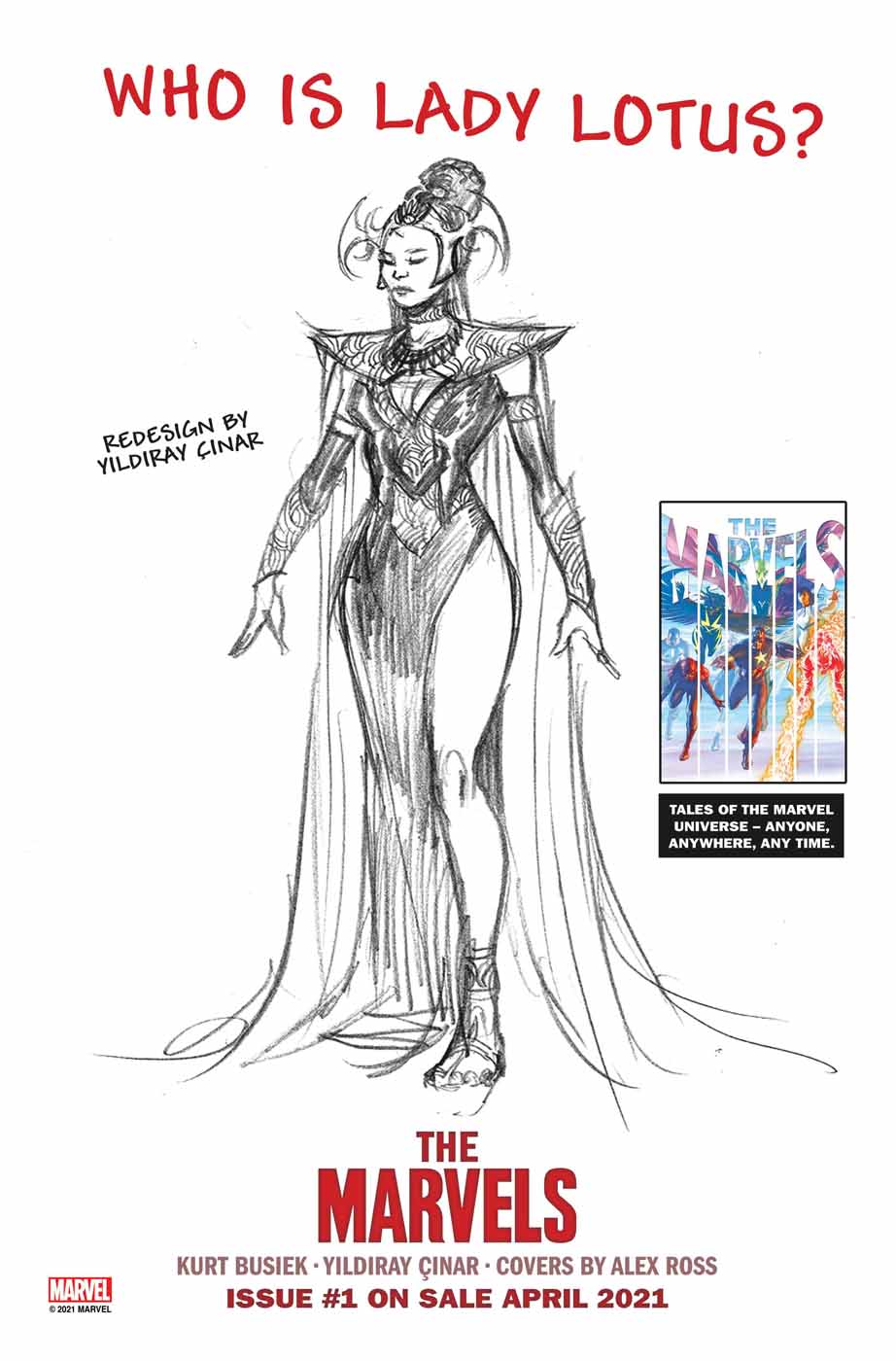 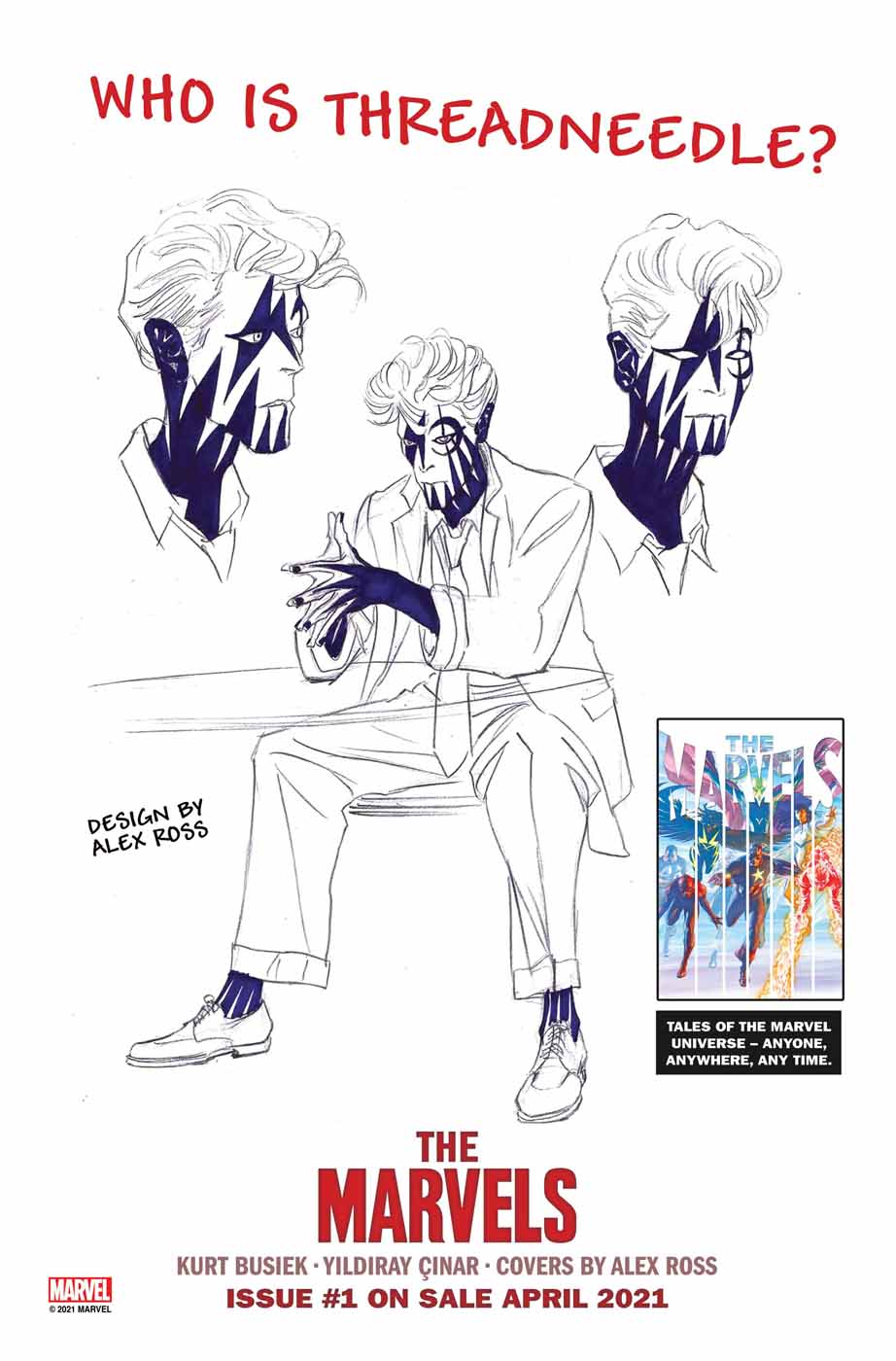 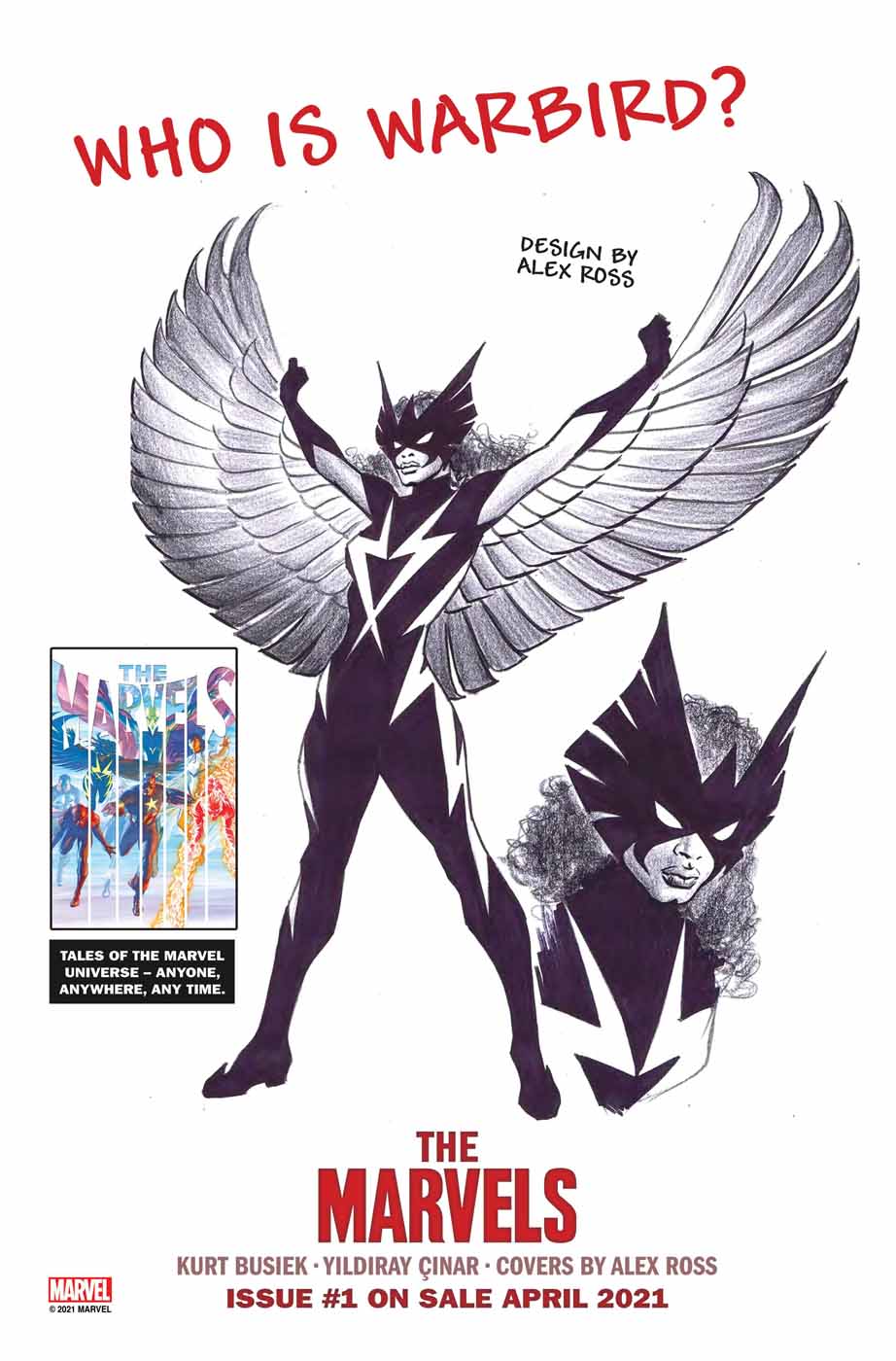 The Age of Khonshu = Avengers
The Interstellar reign of the half-breed = Empyre
The rise of the Outlaw Generation = Outlawed
The King in Black = The King in Black
The wedding of Tony Stark and Emma Frost = ?
The tragic fate of Luke Cage and Jessica Jones second child = ?
The Defenders of tomorrow = le titre Defenders de cet été ?
Threadneedle & Warbird = Marvels
The fate of Mephisto = Avengers et/ou Amazing Spider-Man ?

On dirait un cross over avec the wicked + the divine 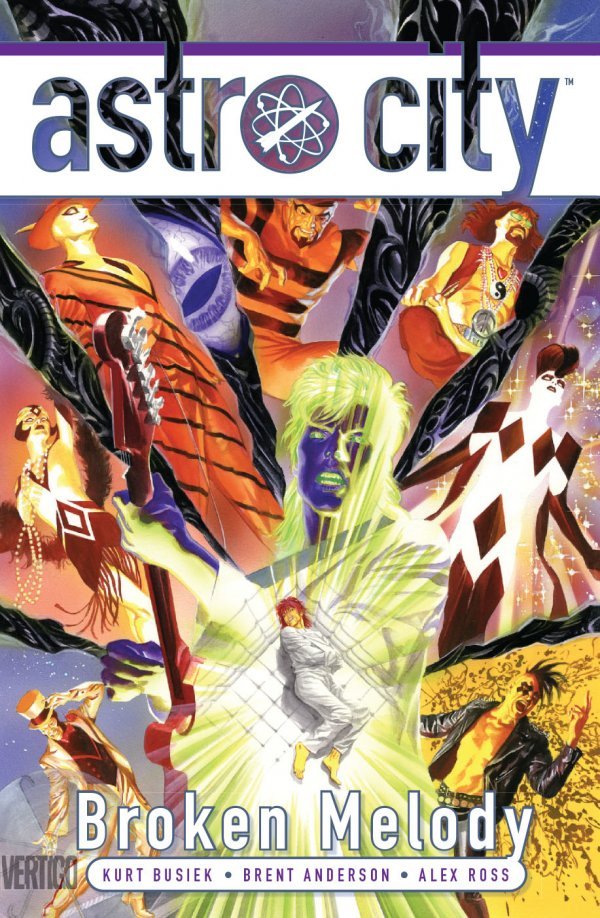 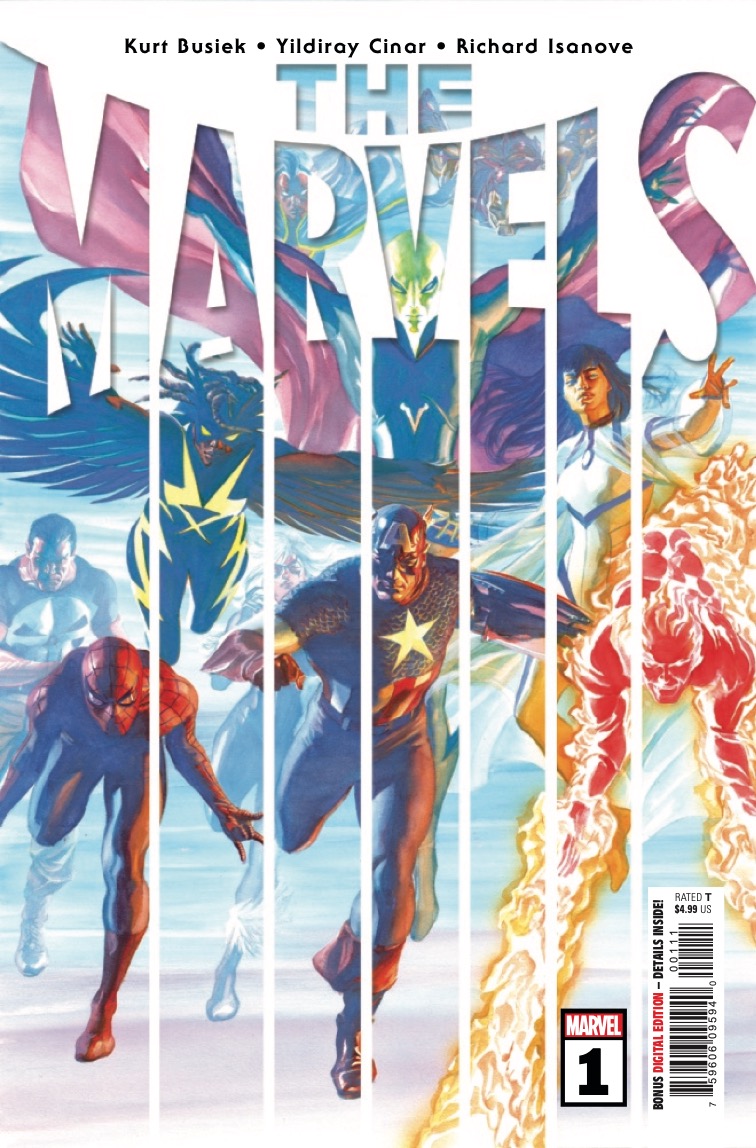 ALL-NEW, ONGOING SERIES! Kurt Busiek (MARVELS, Astro City) is back, with the biggest, wildest, most sprawling series ever to hit the Marvel Universe, telling stories that span the decades and range from cosmic adventure to intense human drama, from the street-level to the cosmic, starring literally anyone from Marvel’s very first heroes to the superstars of tomorrow. This first issue includes an invasion from orbit, a picnic in Prospect Park, super hero sightseeing in Manhattan, the All-Winners Squad in 1947, Reed Richards during his time in military intelligence, cosmic beings beyond space and time— and that’s only for starters. Featuring Captain America, Spider-Man, the Punisher, the Human Torch, Storm, the Black Cat, the Golden Age Vision, Aero, Iron Man and Thor, and introducing two brand-new characters, all beautifully drawn by Yildiray Cinar (X-MEN, Legion of Super-Heroes, IRON MAN) in the opening act of a thriller that’ll take us across the Marvel Universe – and beyond. Plus: Who (or what) is KSHOOM? It all starts here. And it goes – everywhere. 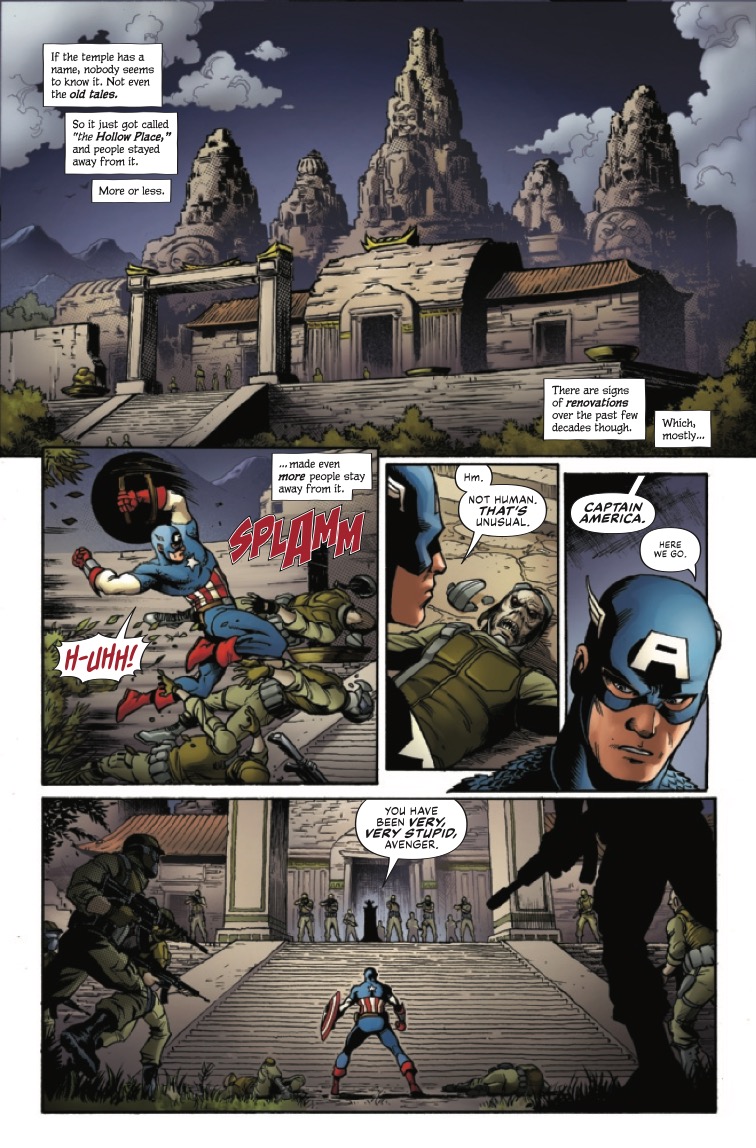 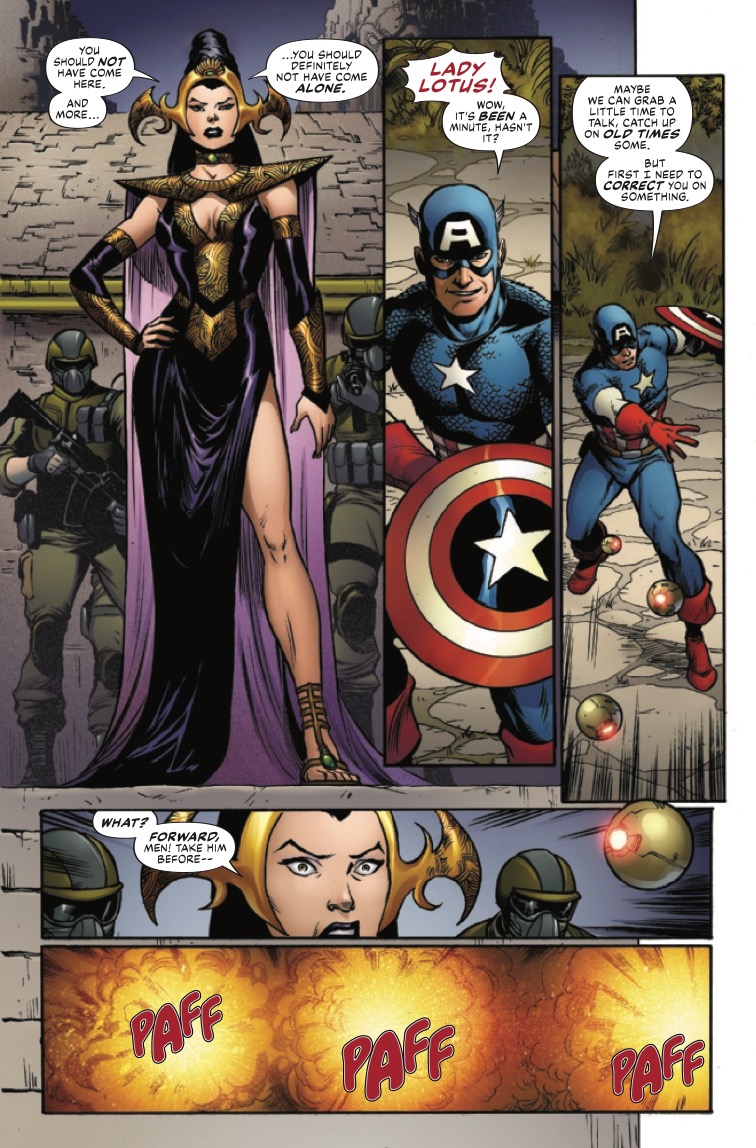 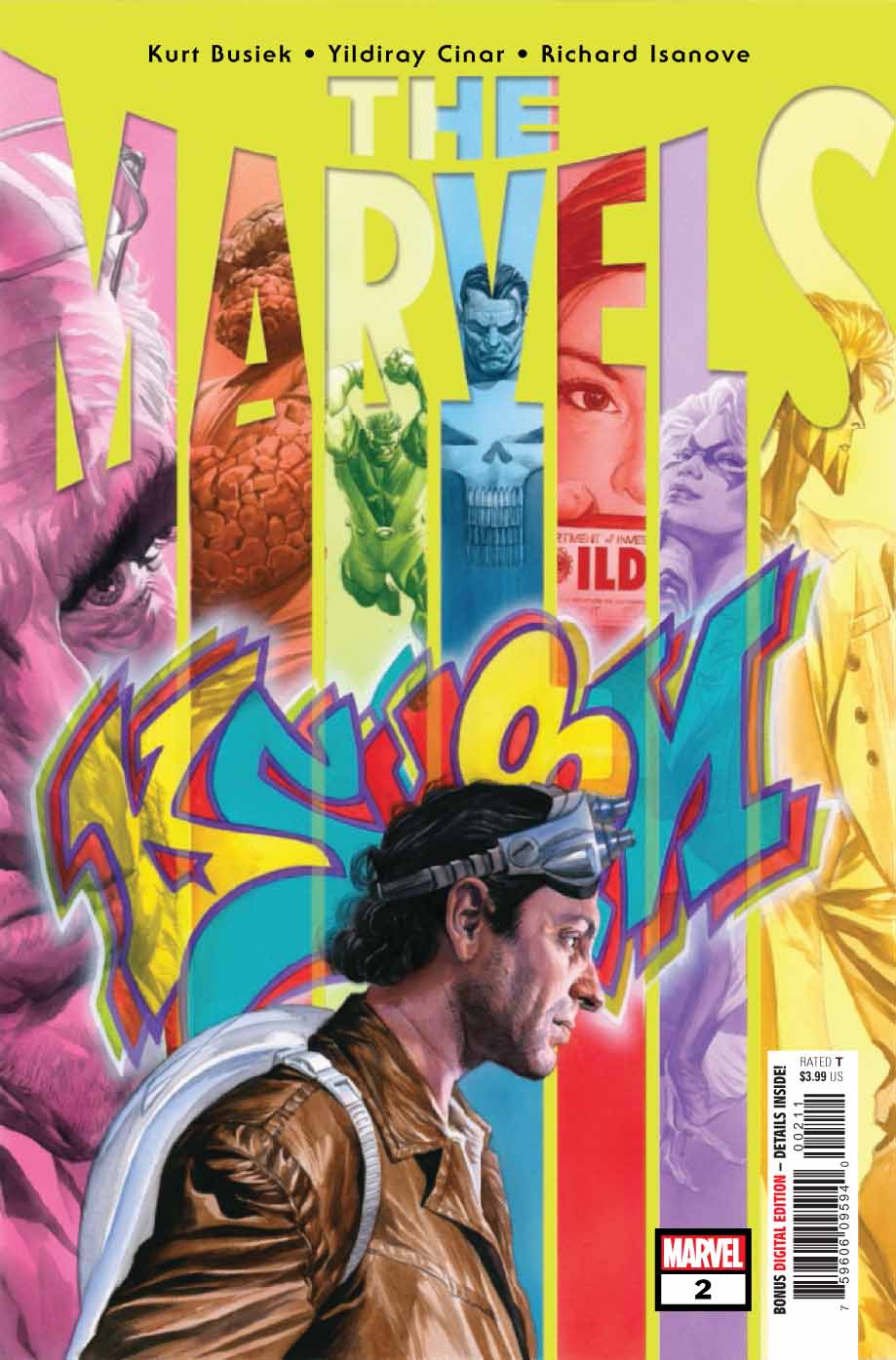 Description: Aero. The Punisher. The Black Cat. Melinda May. The Terrible Tinkerer. And more. There’s an aftermath in Manhattan, after the explosion in our first issue - and a crisis in the nation of Siancong as things go from bad to worse. And amid all that, meet Kevin Schumer, an ordinary guy with some big secrets…and see more of the mysterious Threadneedle and the role he’ll play in our building epic. Marvel’s most wide-ranging thriller continues, and you’ll never guess where we go next. 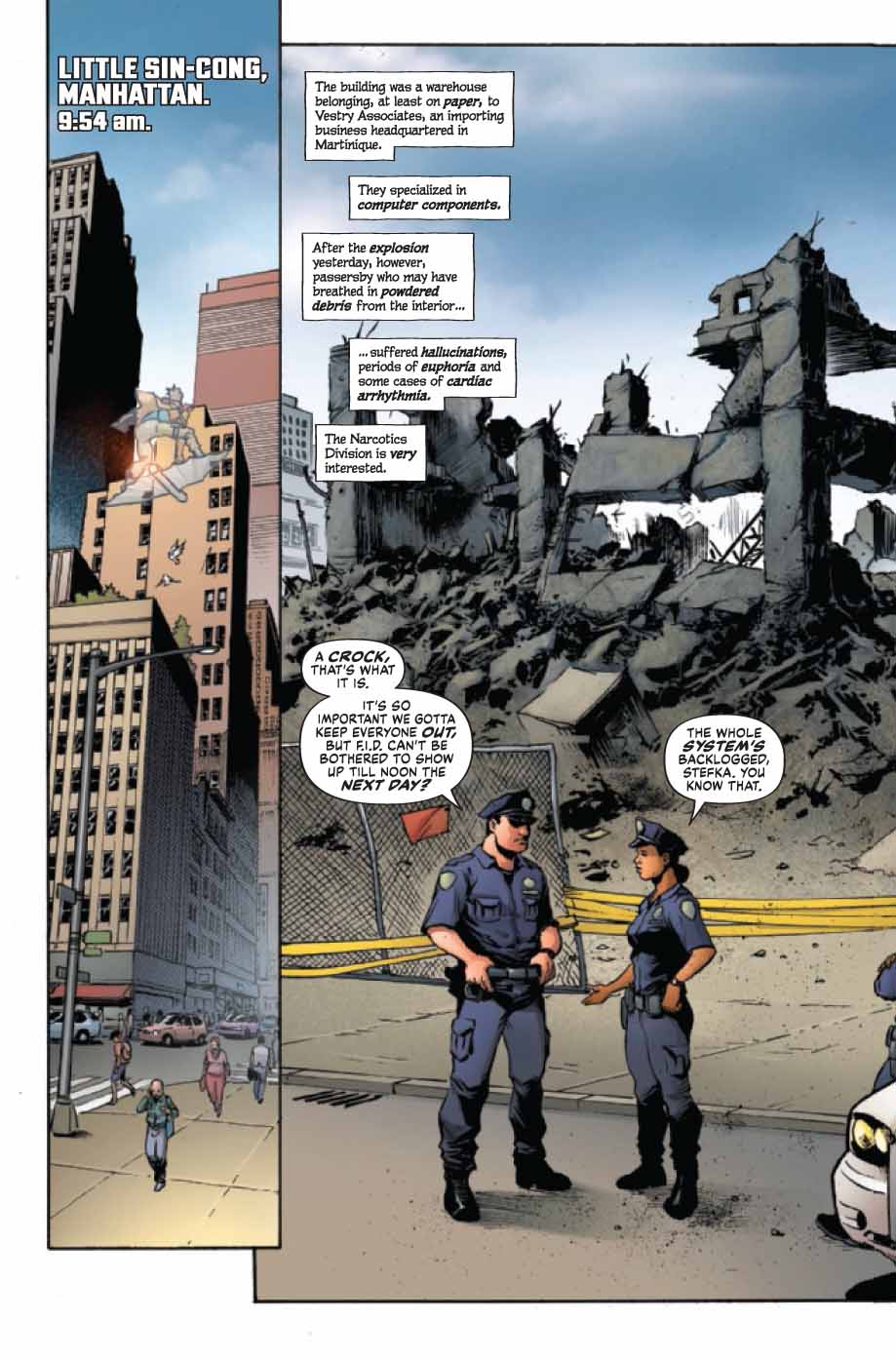 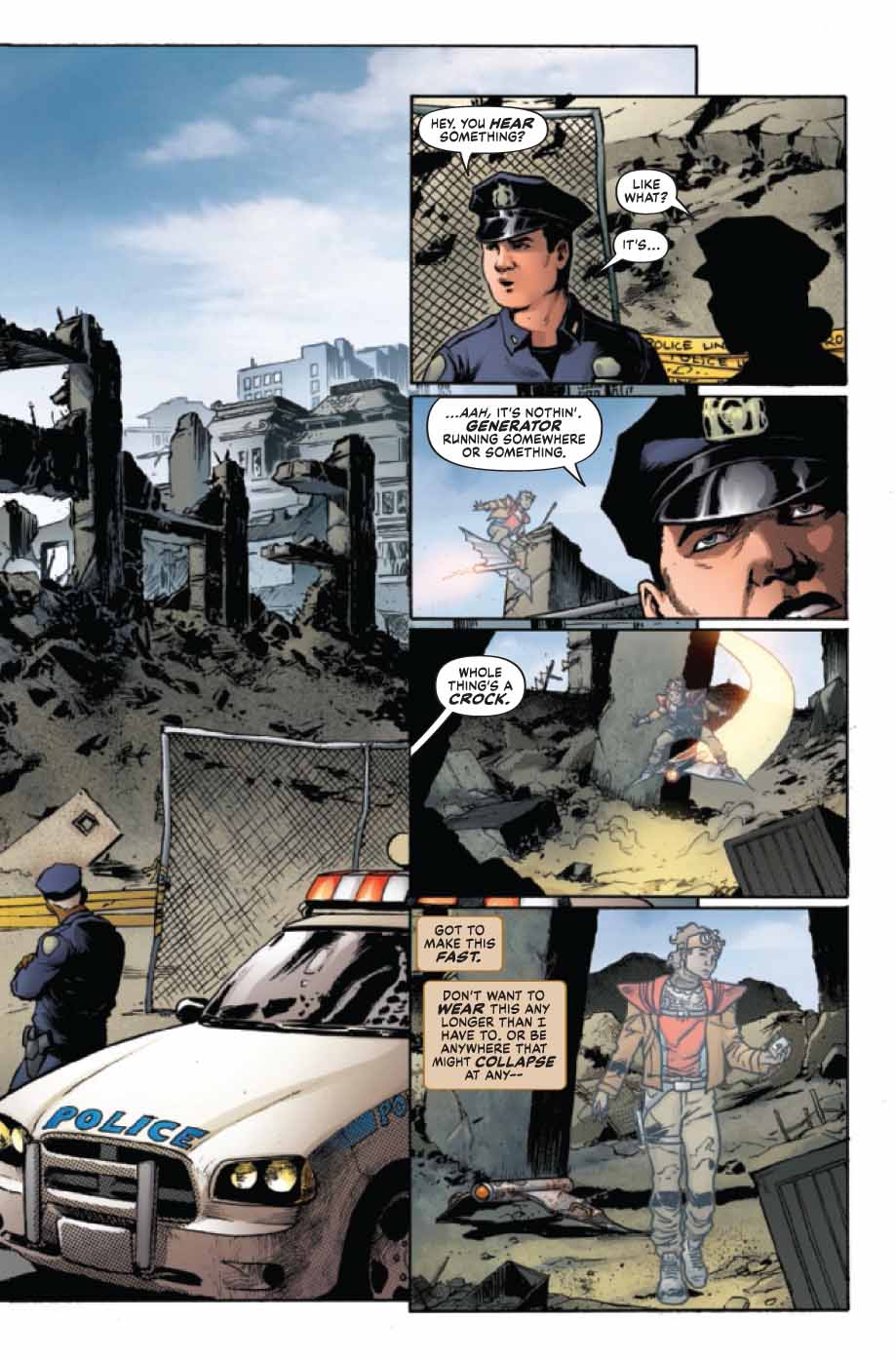 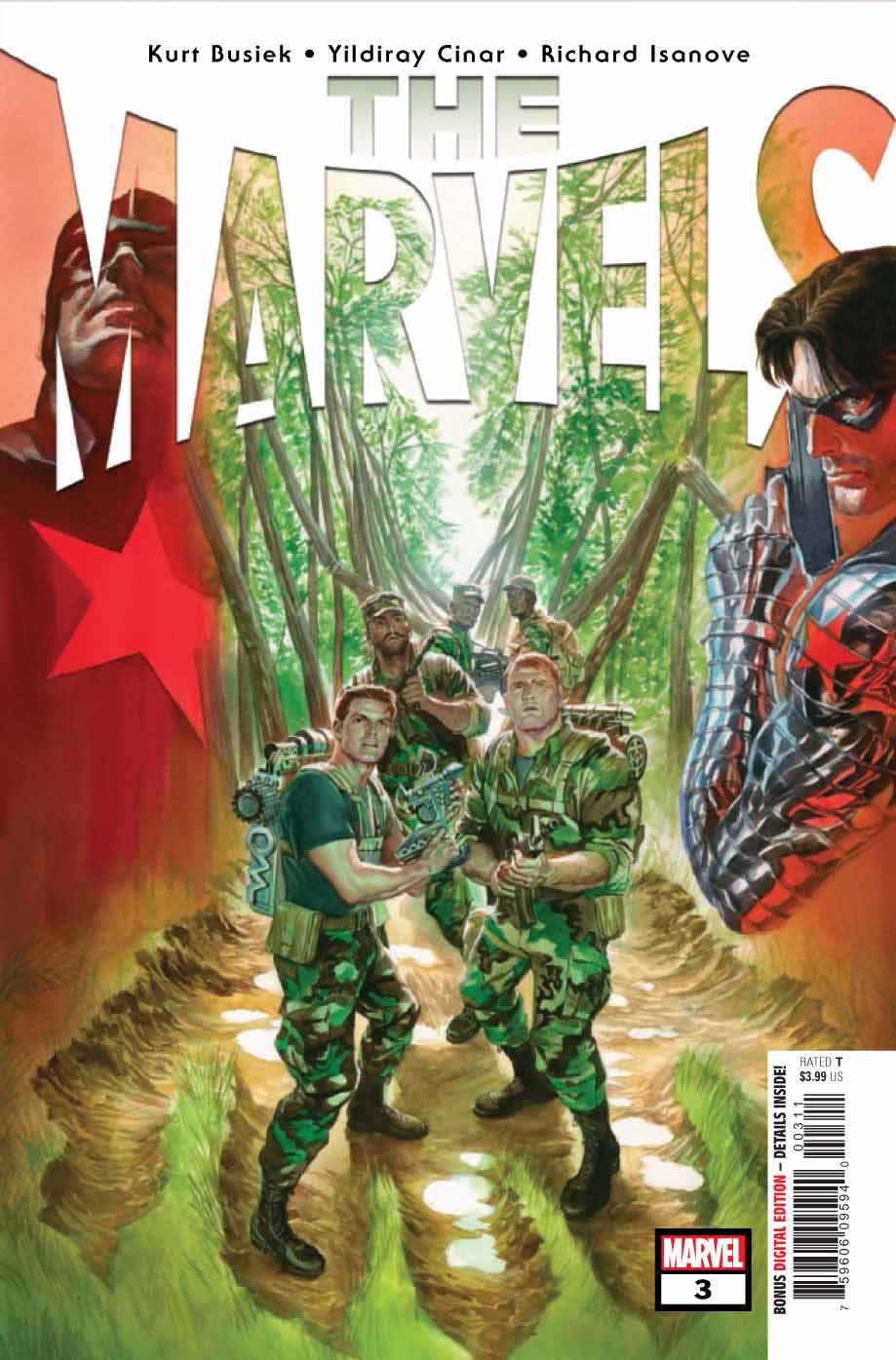 Description: In the jungles of Southeast Asia, in the days before the Fantastic Four…Reed Richards and Ben Grimm are on a secret government mission – hunting monsters! And what they find will shape the world to come in ways they can’t even guess at. This issue exposes the secrets (well, some of them) behind this sweeping new series! Also featuring the Winter Soldier, the Red Guardian, Warlord Kro of the Deviants, the Shi’ar and more! 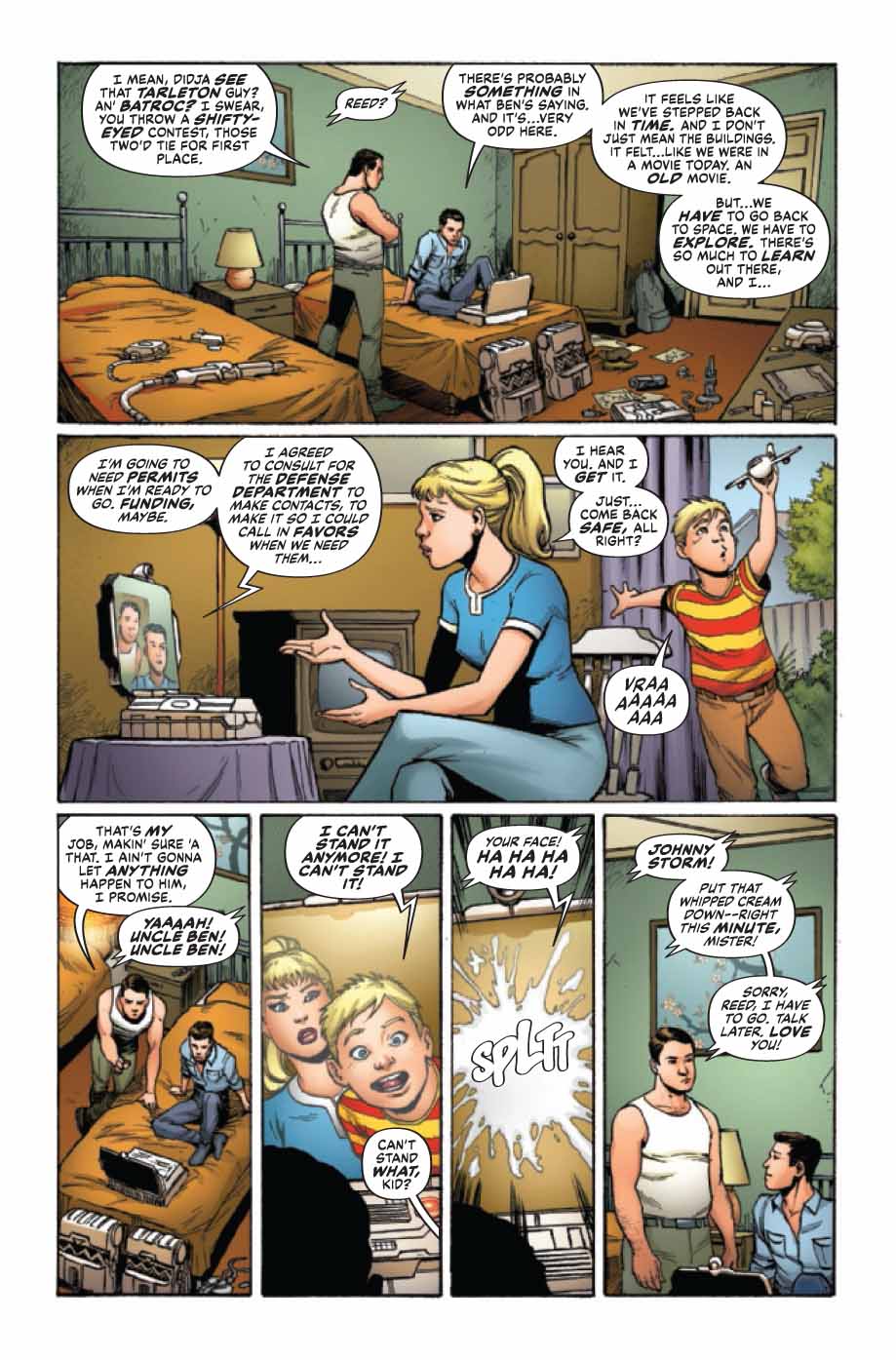 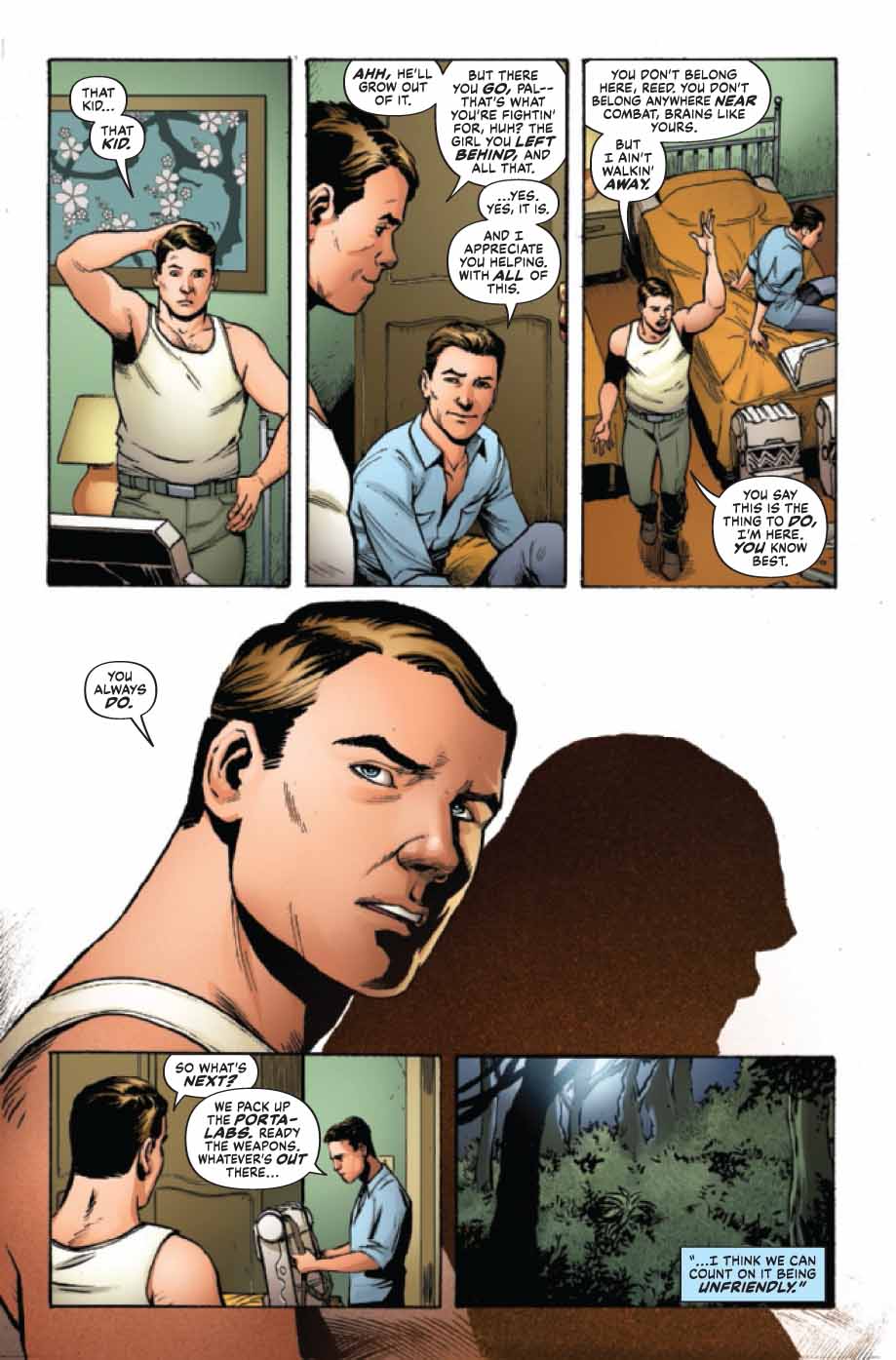